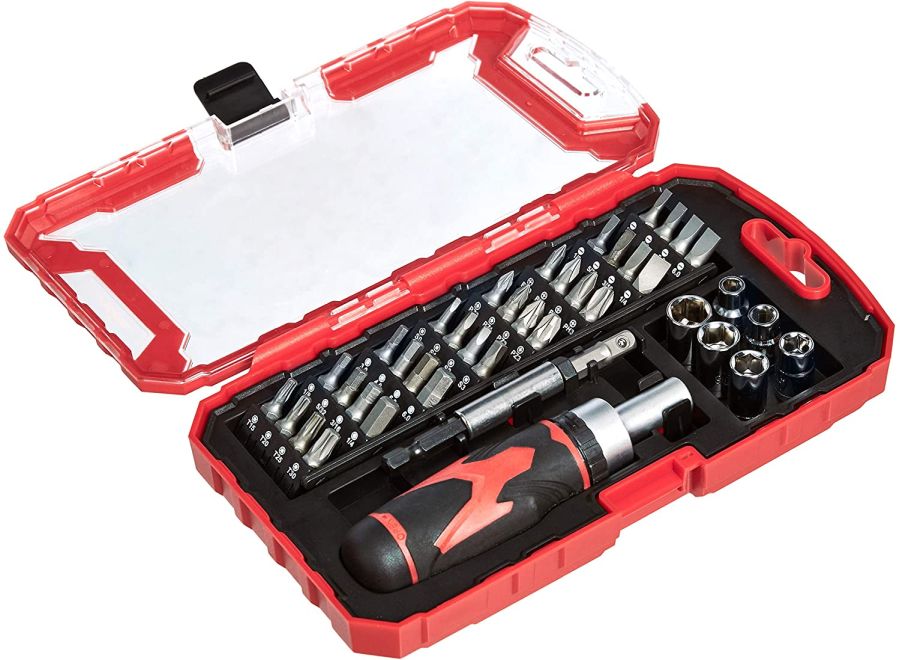 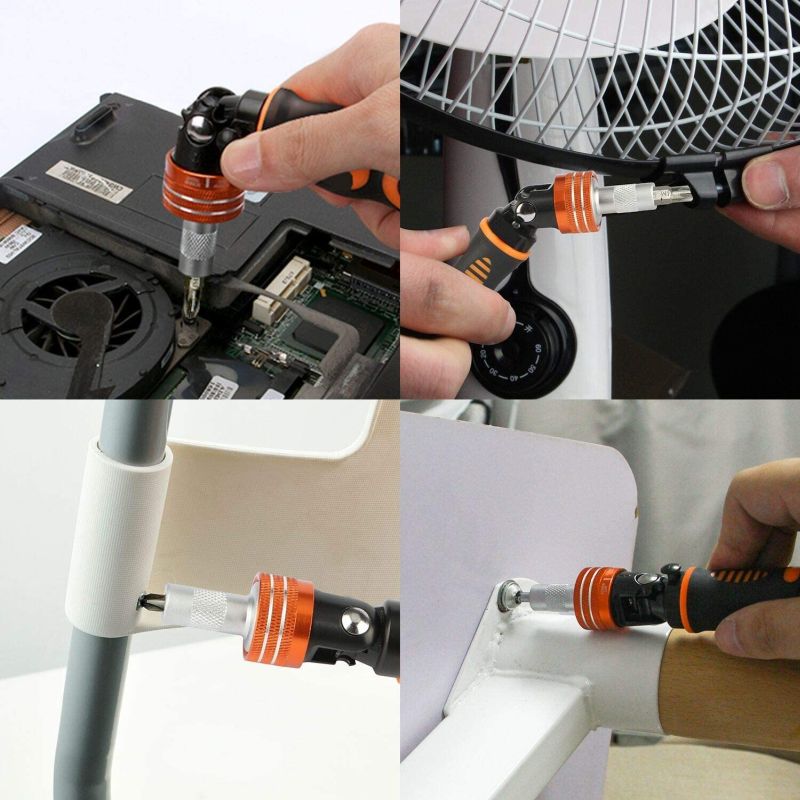 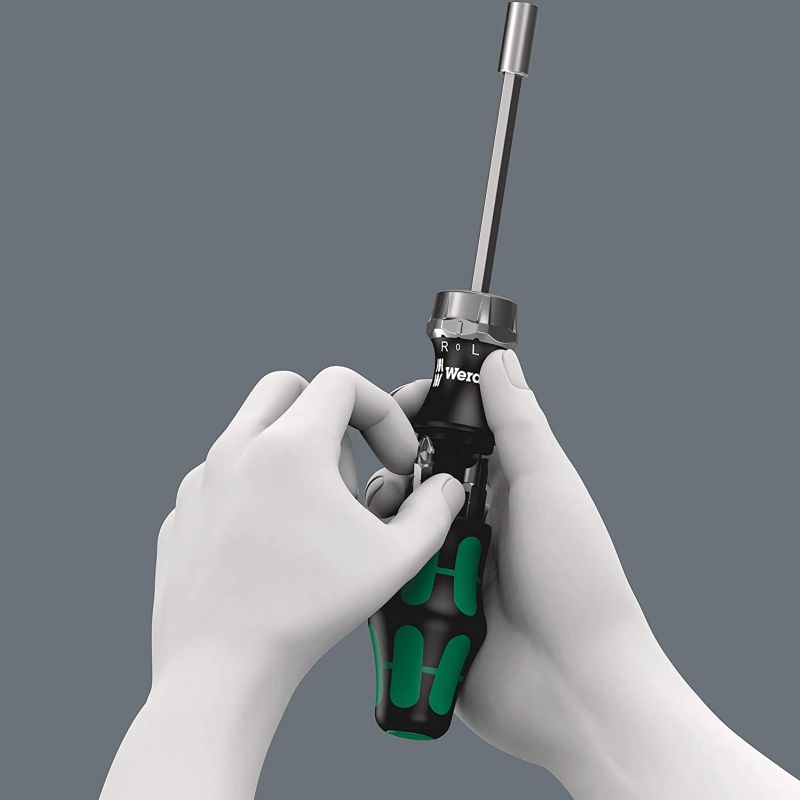 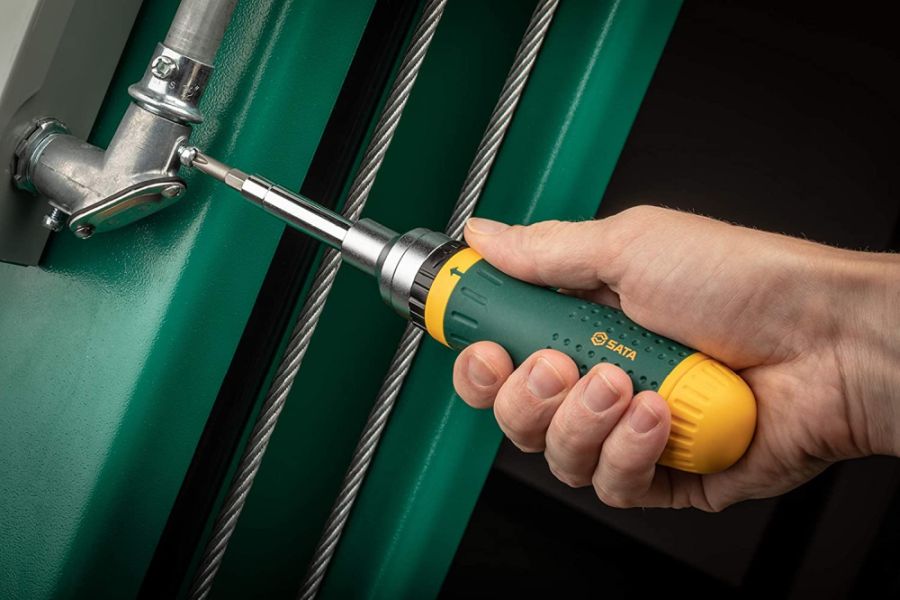 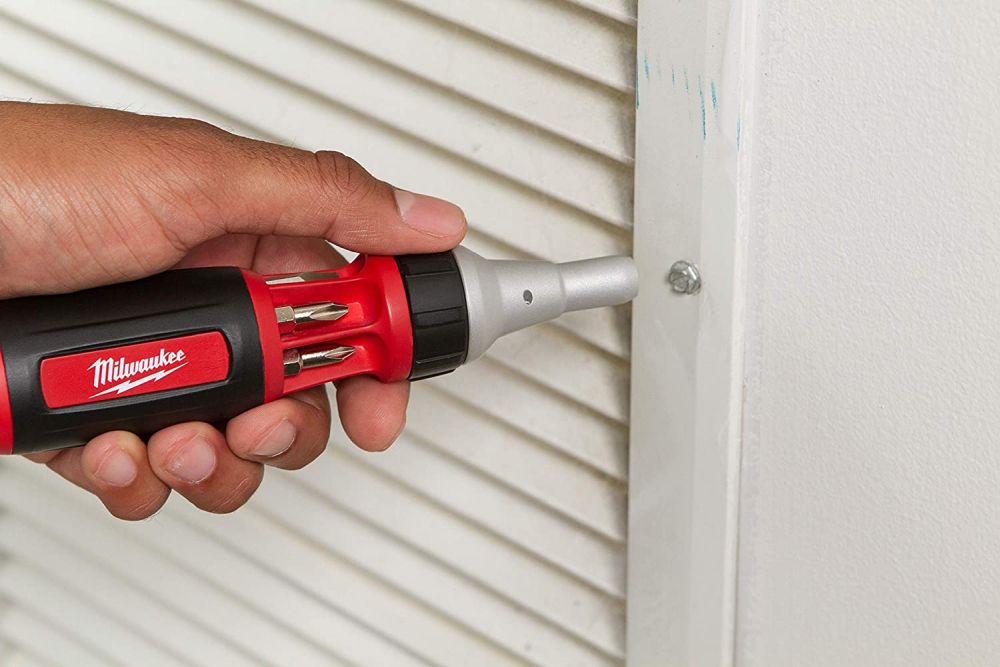 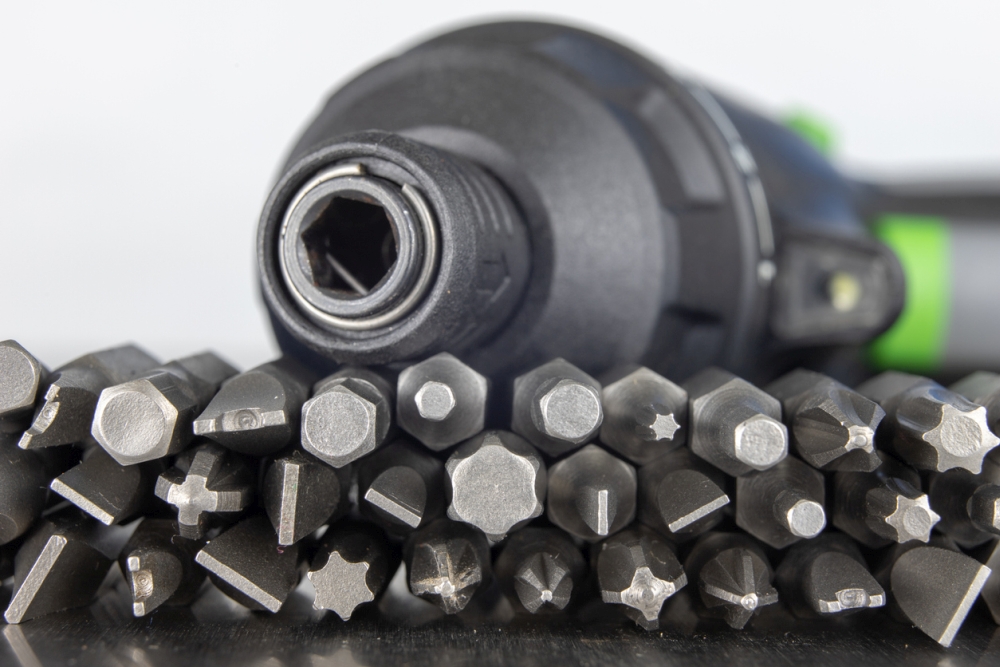 If you feel like you’ve already had pretty much every tool there is on the market in your tool but there’s still more that deserve a spot in there. Have you heard of ratcheting screwdrivers? If not, you are in for a treat today as we’ll be discussing all of them and its features.

Even if you already know what they are, we hope that after reading this guide that you’ll consider one. Why? They’re one of the few screwdrivers that are non-slip and will increase productivity by tenfold. They help make you work efficiently instead of working harder. A lot of ratcheting screwdrivers come with bit storage, which means it won’t cause clutter in your toolbox. Read on to see why you should invest in one and 7 of the best ratcheting screwdrivers on the market.

We chose the Milwaukee because it is multi bit and the ratcheting mechanism is pretty decent. Also it comes in a kit as well.

The Makitia ratcheting screwdriver is non-slip, so you’ll never have to worry about it slipping from your hands. The ratchet can go clockwise and counterclockwise as far as turning direction.

The Dewalt Ratcheting Screwdriver has a built-in telescoping feature and has a good magnetic lock system as well.

What is a ratcheting screwdriver?

Unlike regular screwdrivers, a ratcheting screwdriver is a screwdriver that has a mechanism that allows force to be turned one direction while moving freely in the other direction. It can either be set to drive or remove screws without touching the bits on every turn.

When would I need to use a ratcheting screwdriver?

If you often work with electricity (Electrician or DIY)

Electricians often use ratcheting screwdrivers because they are always doing different types of fixing and tightening with different screws/wires. A ratcheting screwdriver is perfect for this situation, whether you are one or you’re doing DIY. Remember to make sure that electricity is turned off where you’re working to avoid injuries.

A ratcheting screwdriver is extremely useful for Mechanics because it can help open up different parts of the vehicle without having to switch screwdrivers, which would be an extreme inconvenience.

If you’re tinkering around with microtechnologies

There will come a time where something like a circuit maker or nanotechnologies will need to be taken out or put back in. You could try using a regular screwdriver but with a ratcheting screwdriver, it likely already comes with a set, with storage onboard, making it easy to deal with delicate material.

For anything around the house that needs a screwdriver

The ratcheting screwdriver is also good if you need to open or repair something such as appliances and more. It’s a very handy tool to have around.

Related: The Best Craftsman Screwdriver Set to Have at Home

Bits in the handle

This means that the bits are in the handle, acting as storage. It’s extremely useful and you’ll never have to look for bits.

Bits on the handle

Different from being inside the handle, the bits are actually on the side of the handle. That means usually there are brackets that you can put the bits on, and you can take bits off when using it.

Usually, there are bits, sockets and sometimes more in a pouch or a plastic hard case. While it’s not on the handle, there’s a space for the screwdriver and all the bits.

A ratcheting screwdriver can turn and allows you to twist the handle back and forth, while driving the fastener in just one direction. They also engage and disengage from the shaft, which helps with the twisting, which you don’t get with the screwdriver.

A regular screwdriver, the way you turn, is the way you are going to get that screw in. You can’t twist or turn; you’ll have to continue turning that way until it’s either in or out.

A simple screwdriver may be perfect for installing a picture frame or something that doesn’t need a lot of screwing, this is the tool you’ll want to use.

A ratcheting screwdriver is perfect for everything from fixing refrigerators to fixing your boat to even laptops. Because of the twist and turn that you can do, you can use the appropriate size bits to get the screws either in or out.

7 Best Ratcheting Screwdrivers For Any Homeowner

Milwaukee is a good brand if you are looking for any tools, including ratcheting screwdrivers. If you want a screwdriver with extra features, you’ll love the Milwaukee 48-22-2302 Multi Bit Ratcheting Screwdriver. It comes with 3.5-inch driver bits, three square drive bits, two Phillips bits and two slotted bits. The Milwaukee screwdriver also comes with a wire stripper that’s built into the handle, a wire loop bender and the handle can double as a ¼ inch nut driver.

Now that you know all of its features, as far as the ratcheting part, there is a collar to switch directions or lock the shaft in place. There is a decent amount of space in the grip area so that it can provide a lot of power if you need to.

The SATA ratcheting screwdriver is a 19 in 1 so that alone, already makes this a worthy tool to have. It comes with the following:

The screwdriver has a very comfortable handle, and you don’t have to worry about slipping because it is oil resistant. There are durable blades made from SCVMM steel so it’s extremely durable and can handle any heavy-duty job. There is bit storage included for all those bits.

Here is another heavy-duty ratcheting screwdriver that’s definitely meant for using for professional reasons, the Wera 5073661002 Kraftform Kompakt 27 RA ratcheting screwdriver. It has a built-in storage with a spring-loaded push release button that’s on the handle for all of your bits, which is extremely useful. The handle is extremely comfortable, and it has a decent amount of torque.

The Wera ratcheting screwdriver comes with the following:

For the ratcheting part, it’s actually pretty smooth since it has strong but fine pitch gears, so that you don’t have to twist the handle to engage the ratchet and then twist again.

Makita is a very popular tools company that sells high-quality tools for all kinds of DIY’ers and professionals, including ratcheting screwdrivers. So, it’s no mistake that the Makita D-58849 Ratcheting Screwdriver is one of the bestselling ratcheting screwdrivers on the market. While it doesn’t come as a set, it does come with a PH2 insert bit. There’s also a very comfortable handle that’s made out of rubber and easy to grip.

For the ratcheting part, it can ratchet clockwise and counterclockwise making it super versatile. It definitely has a good hold on the bits when it’s put in place.

The JAKEMY ratcheting screwdriver comes in a set, which means it’s 69 in 1, making this a very good value for money as you’ll get the following:

For the ratcheting part, it has three different mechanisms: lock, screw tight and screw off. For some it’s fairly easy to use and perfect for light use. For others, especially those who’re expecting a heavy-duty daily driver, it may not hold up to the task.

With this set, you’ll be able to use the screwdriver for many jobs. It also has a tip design so there’s less chances of stripped screws. There’s a good magnetic screw lock system so that it won’t be wobbly. For the ratcheting part, there are three settings, specifically one for each ratcheting direction that locks it in place.

Finally, we have the Amazon Basics Ratcheting screwdriver set. Even though it’s made by Amazon, it’s one of the best sellers because it comes with a 41-piece set (mostly bits) and it has 3 driver settings: forward ratcheting, reverse ratcheting and locked in the fixed position. The screwdriver also comes with a plastic case so that you can put screwdrivers, bits and sockets in there. It’s made out of high-quality material, and there’s a non-slip handle that has a very comfortable grip. While it’s not magnetized, it’s still good enough to do light duty work such as fixing appliances. The driver itself is a free spinning base so that you can easily turn the handle with just the right amount of pressure.

Yes, they are the most preferred type of screwdriver used by professionals and people who appreciate tools.

Do you need a ratchet screwdriver?

It is an extremely useful screwdriver that doesn’t slip while trying to screw nails in. It can be used on almost everything. We say it’s a very useful tool that you should have in your toolbox.

How do you assemble a ratchet screwdriver?

You’ll want to push the ratchet tab down so that it can help hold the screw in position. Then you’ll use it to drive the screw into whatever you’re trying to screw in.

Having a ratcheting screwdriver can be a very useful tool to have in your toolbox. You’ll want to consider what your needs are so that you can choose one that fits them. Some come as a set with lots of bits and sockets. Some come with a few extra tools. Whichever you choose, it’ll be a useful tool the next time you need to either fix something or use it for something that requires a screwdriver. Did you find this guide about ratcheting screwdrivers useful? Let us know if you like in the comment section below.