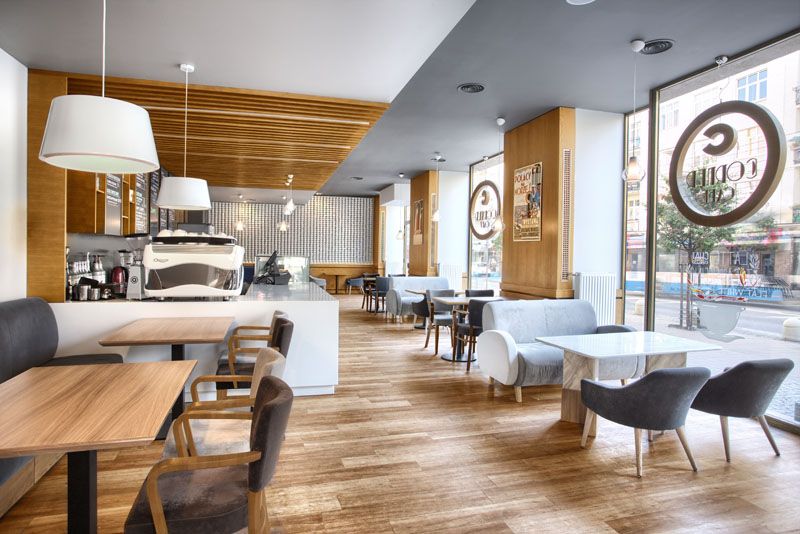 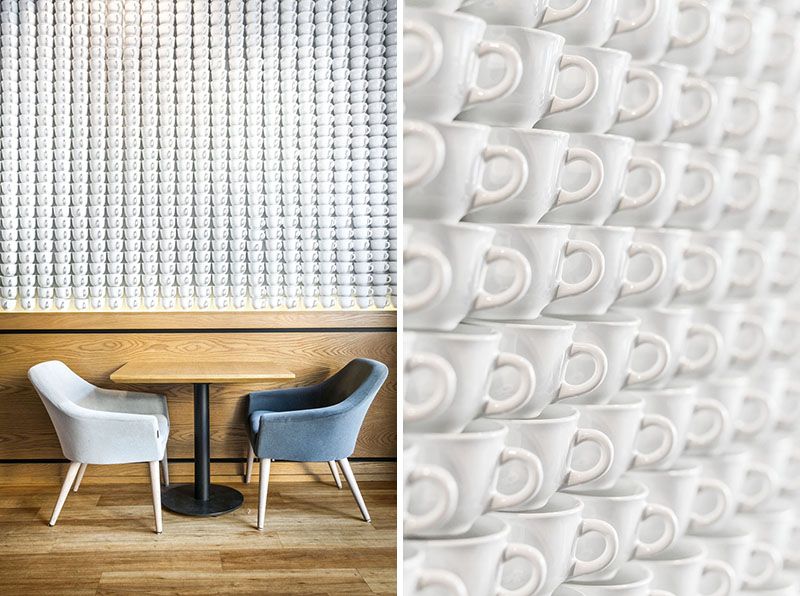 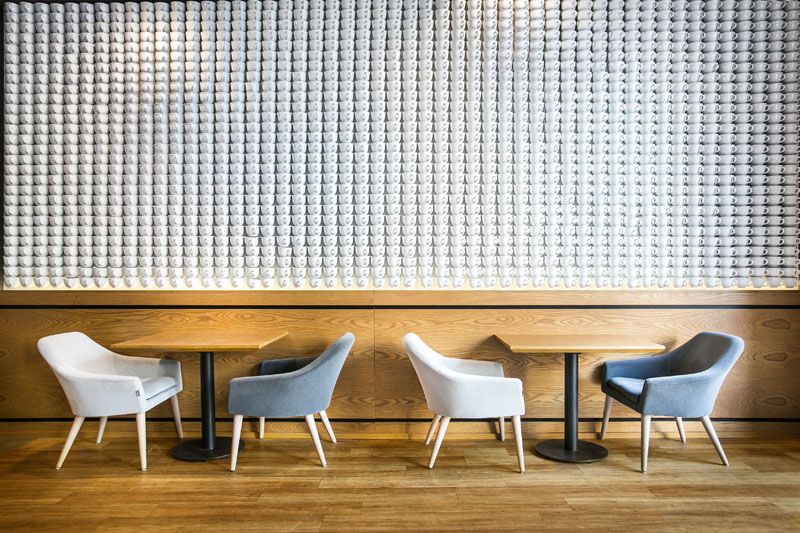 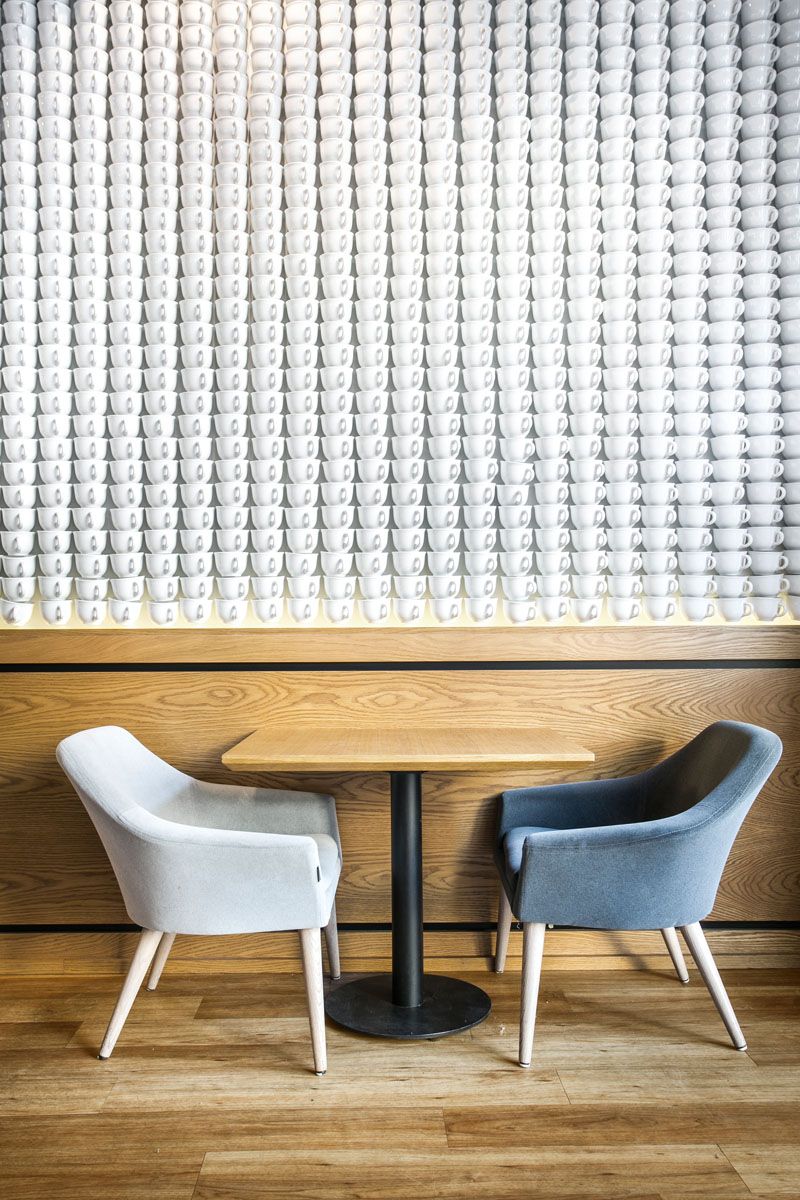 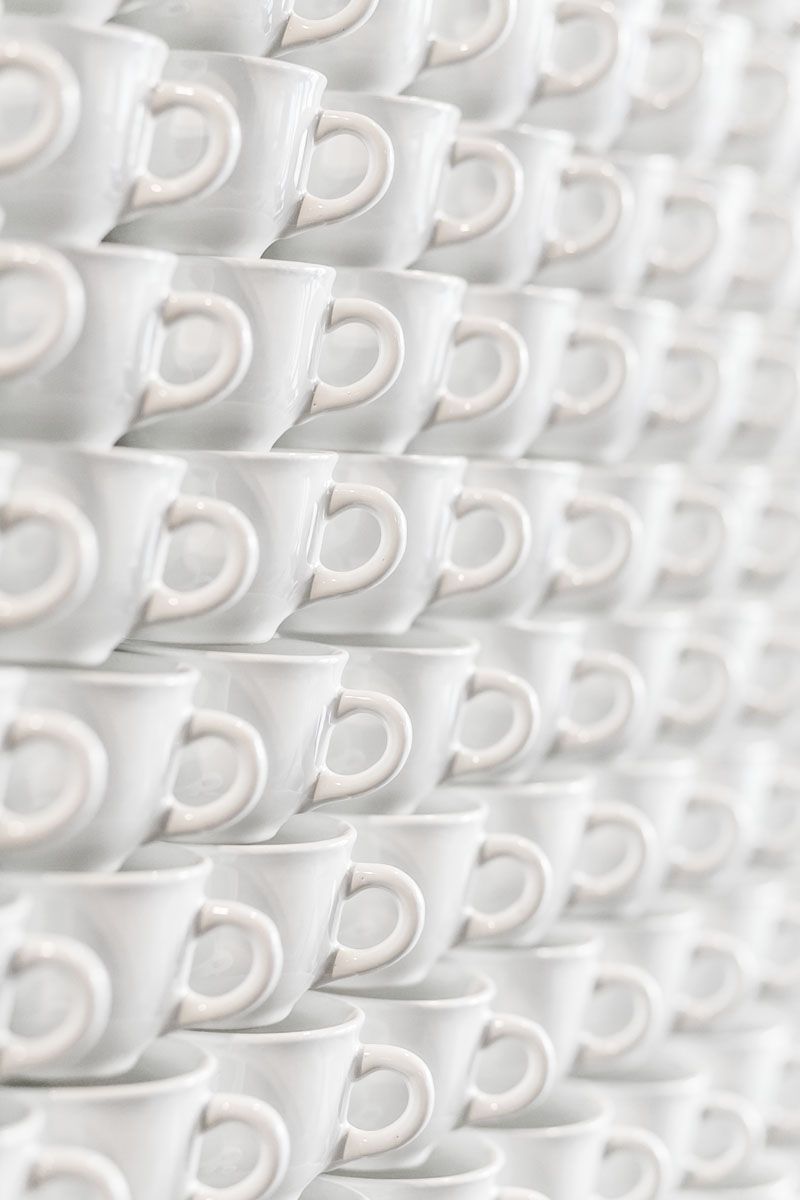 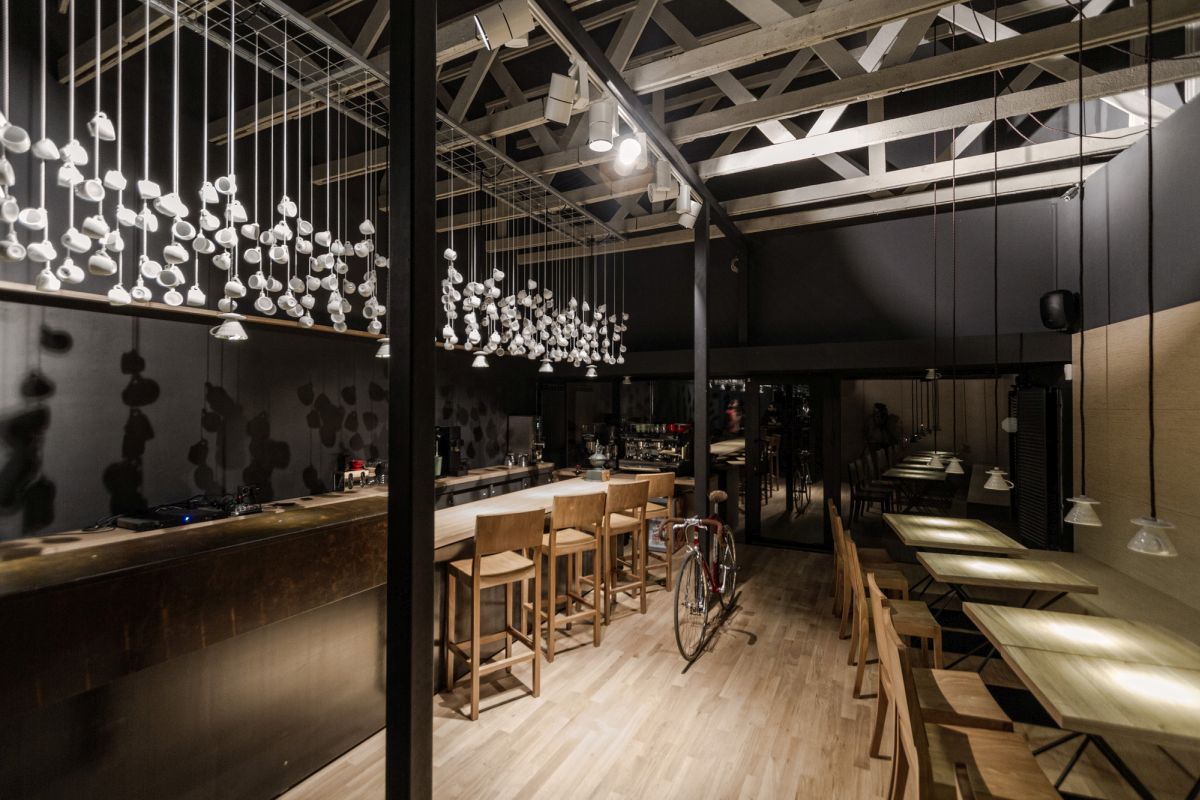 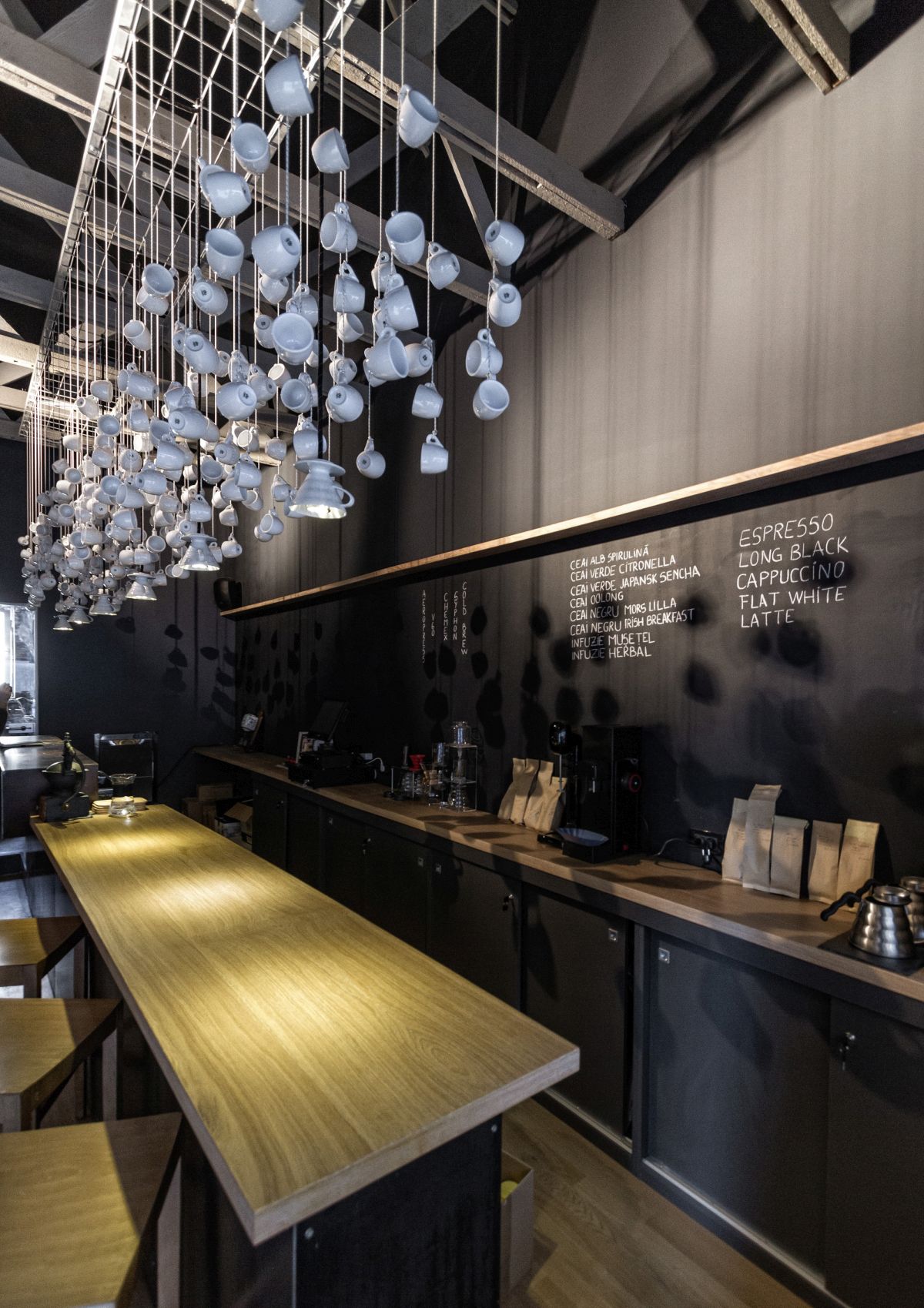 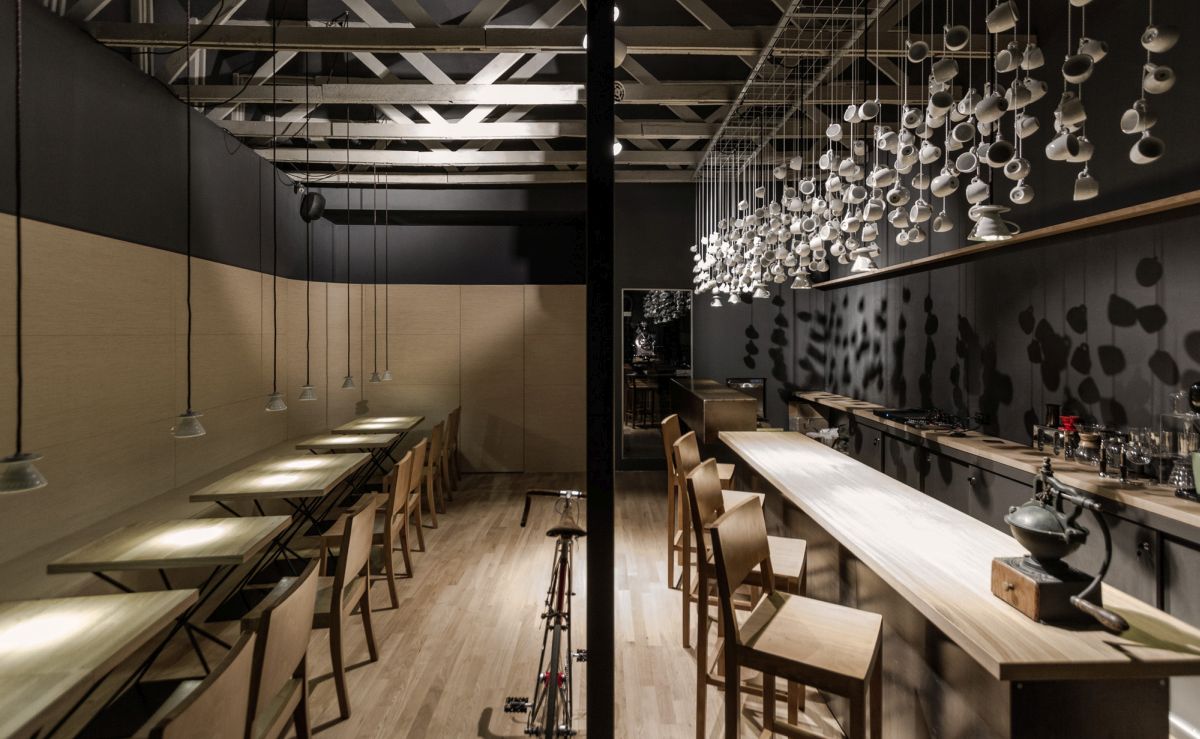 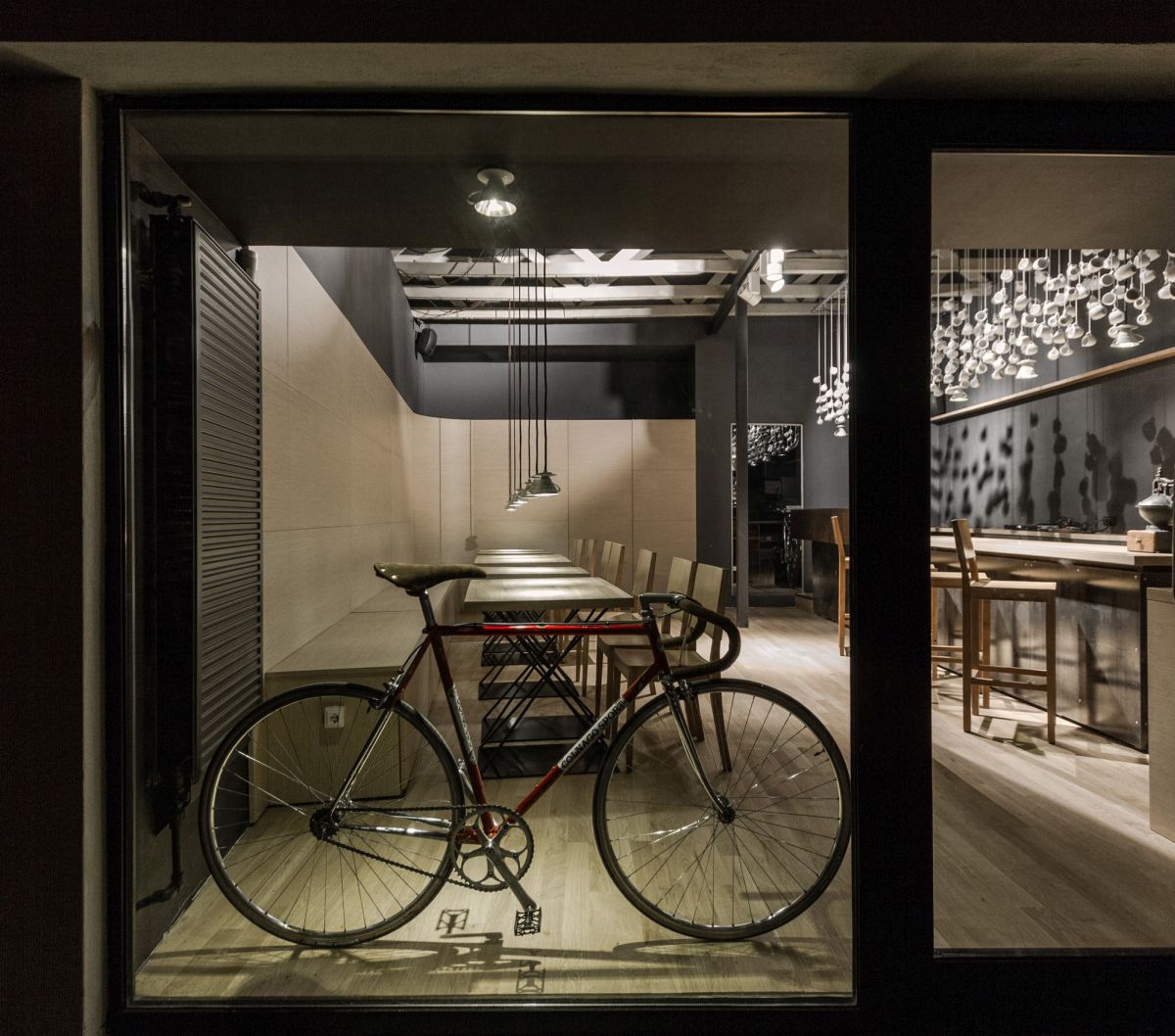 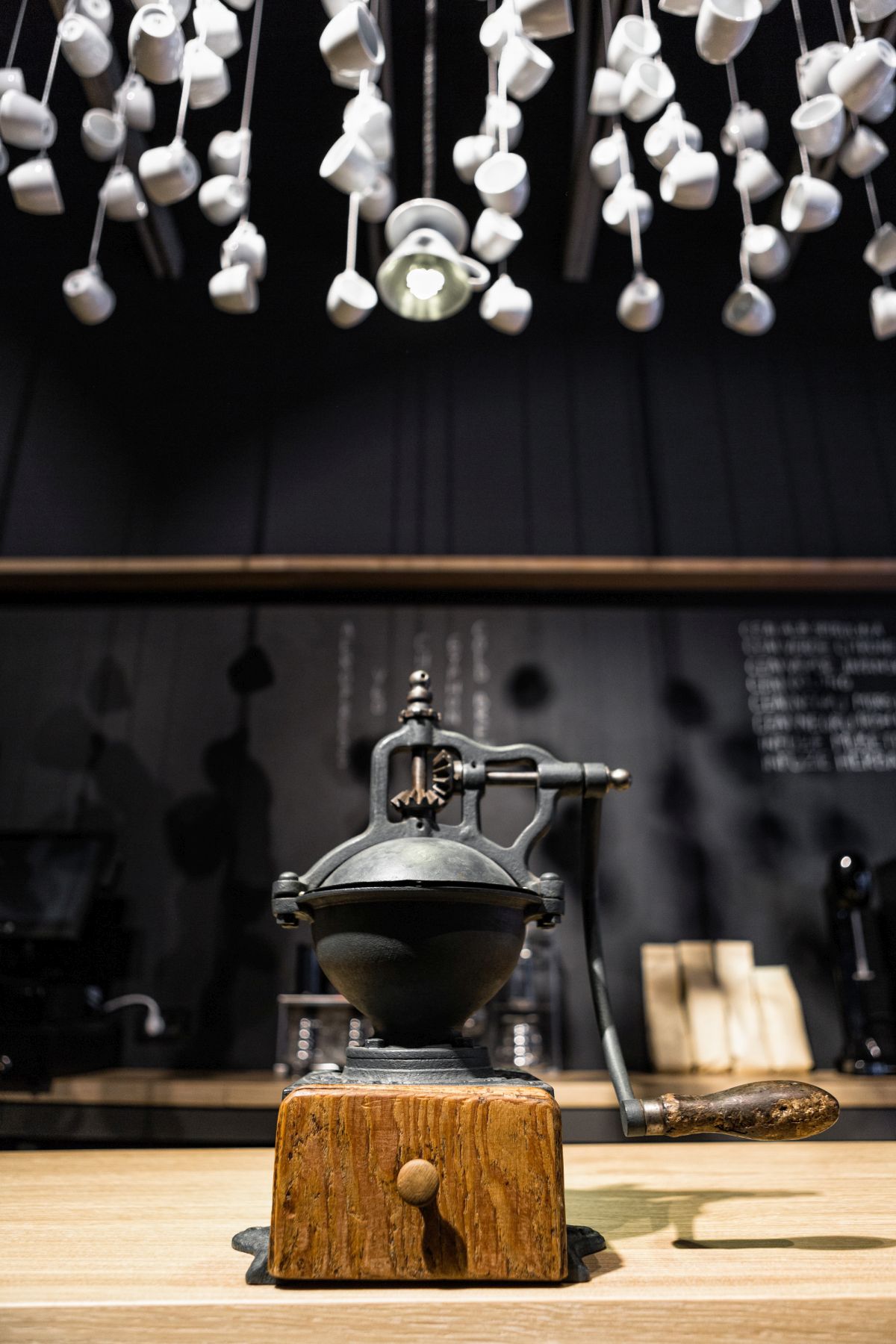 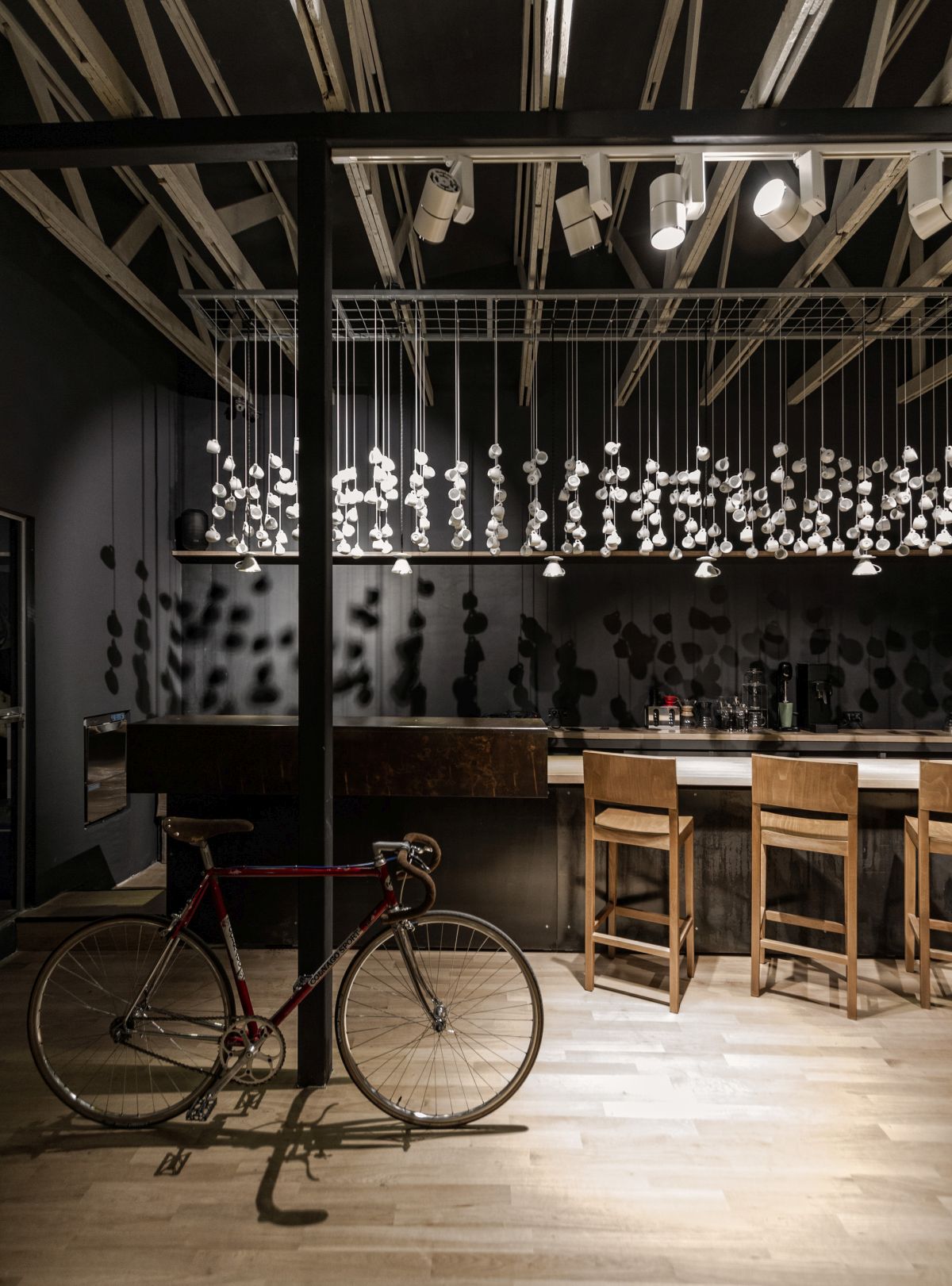 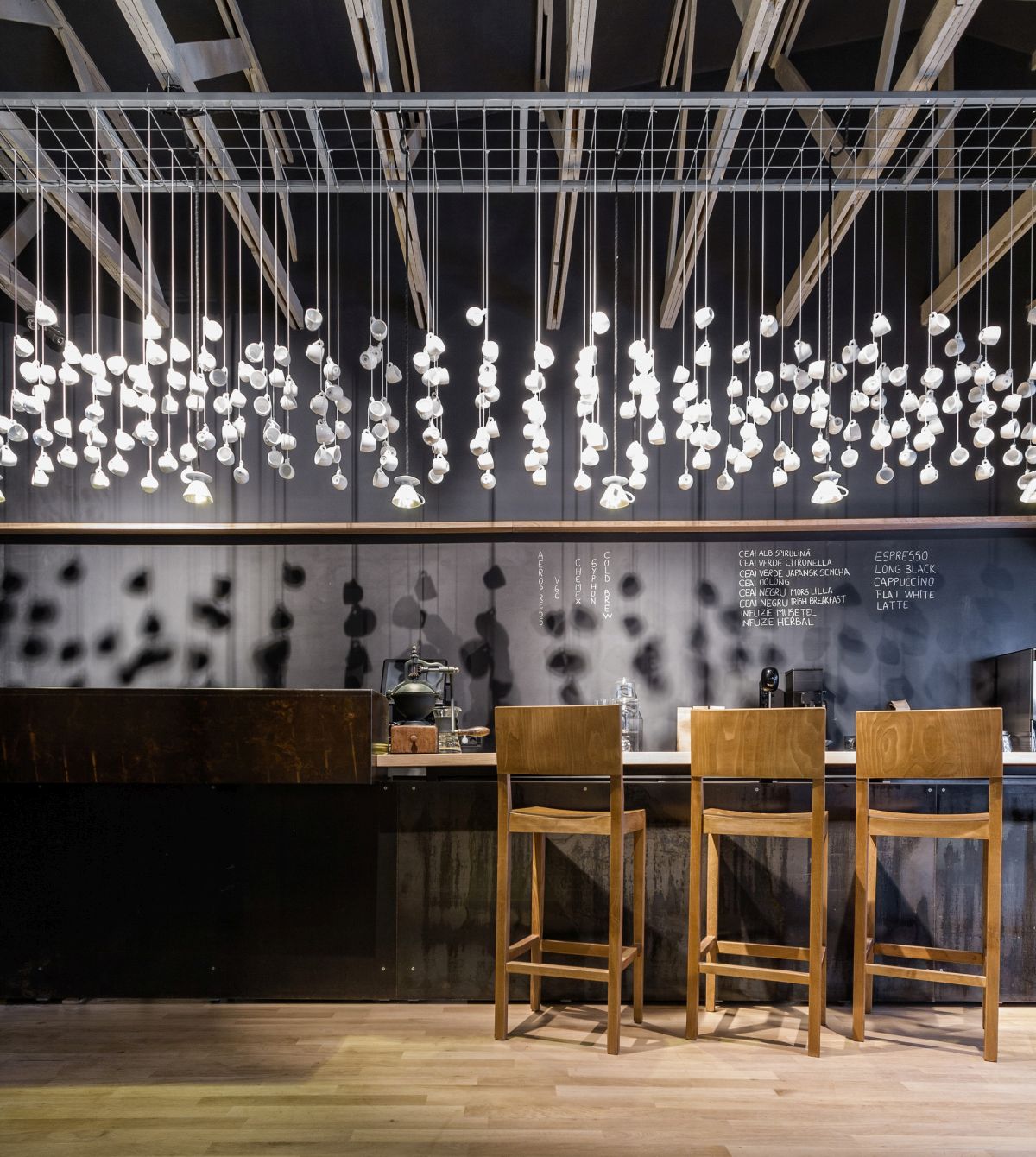 Who would have thought that teacups can make so beautiful decorations? As it turns out, they’re not only cute and stylish accessories in which to serve a cup of delicious tea but also very versatile. Teacups can be repurposed in lots of ways. Turn them into planters, tiny pots or miniature gardens or hang them on your walls as decorations. The latter option was chosen when the decors of two unique coffee shops were put together.

The first one is a place in Gdynia, Poland. It was designed by Paulina Czurak Design Studio and a total of 2740 teacups were used in the process. It sounds like a lot but that’s how many teacups you need if you want to create a feature wall.

An entire wall was covered with teacups and the wall became the main attraction for the C Corner Cafe. The rest of the décor is inspired by vintage beauty and features comfy upholstered chairs and sofas, wooden tables and floors and wall-mounted posters.

All those teacups we were talking about are arranged in rows and cover an entire wall. They’re nicely lined up and they’re all white. This allows them to impress not through color but through the pattern they create the 3D effect of their overall design.

The second design that uses teacups as ornaments is that of the Origo Coffee Shop. This one was designed by Lama Architectura and is located in Bucharest, Romania. Only 276 teacups were used here which doesn’t seem like a lot compared to the feature wall described earlier.

But in this case the teacups were used in a rather different way. Instead of being attached to a wall, they were hanged from the exposed ceiling beams of this industrial-style coffee shop. They resemble small pendants and they stand at various heights above the cocktail bar.

The designers wanted to create a relaxed and playful ambiance using this unusual design method. They also wanted to play with contrasts so they chose the cute teacups for that. They stand out with their quirkiness and they contrast with the black chalkboard walls and the wooden furniture.

The overall industrial décor is softened by the cute teacups. Some of them have saucers and have been turned into pendant shades. They cast shadows on the wall behind the bar and they soften the look of the high ceiling, exposed metal beams and columns and overall rough but also elegant décor.