The well known Architectural firm Emmanuel COMBAREL Dominique MARREC Architects, which is in short known as ECDM located in Paris, have worked on a new idea and completed recently. It is a social housing for Students and is located in the Suburbs of Paris. 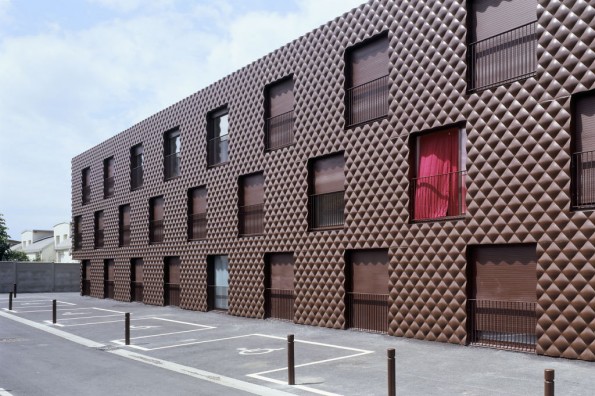 They have named it Epinav. When they spoke to the press about their project they said the conception of their new project is making the landscape particularly the road of Saint leu to transform into its own value held in the history.

They also said their current projects will speedup the future of the current territory in the future. They said it will be a part of strengthening the relationships between the public services, industrial and commercial buildings. This project is about creating a residence for students of 150 housing for 170 people to live there and 19 houses for the researchers and invited professors.

They also have some number allocated for women in distress. They also have insight of the project like guard’s residence area, private study rooms and laundry … etc. Simply we can conclude that they are constructing villa of the future.