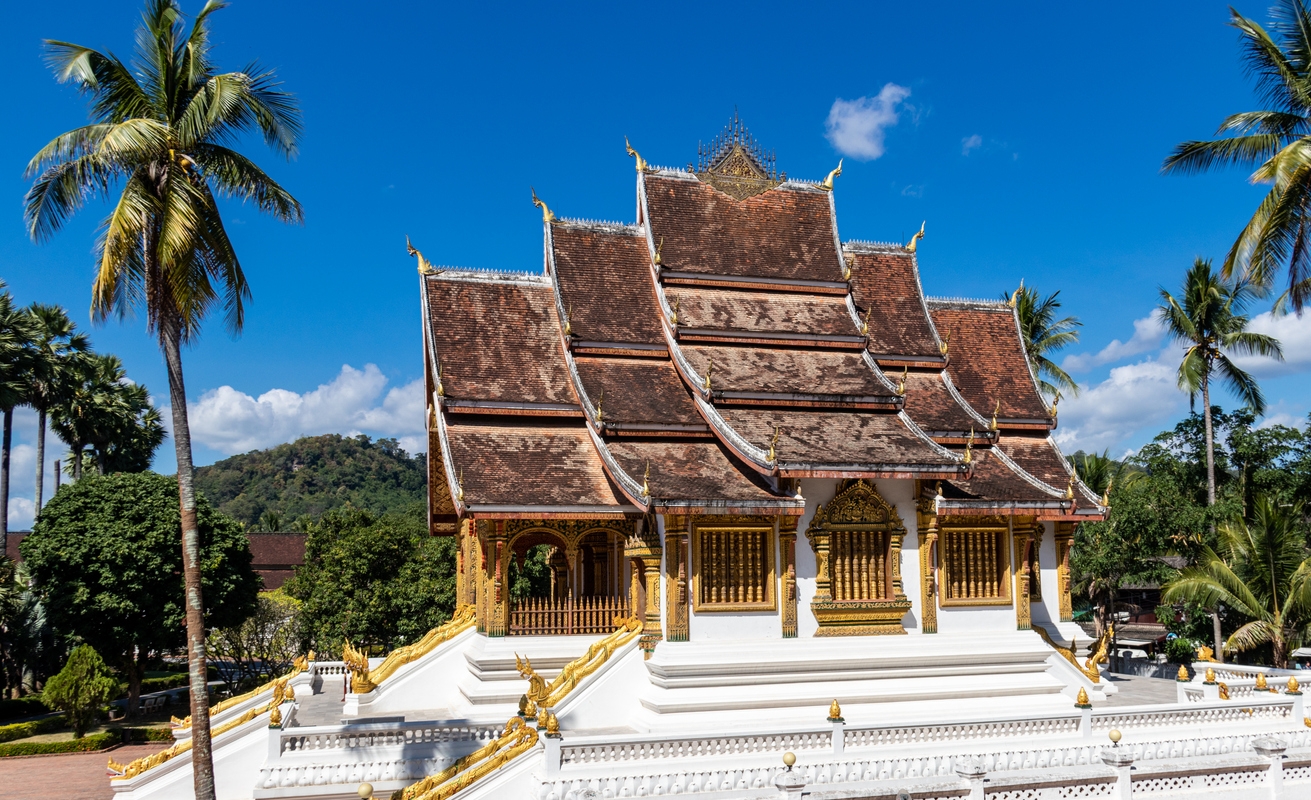 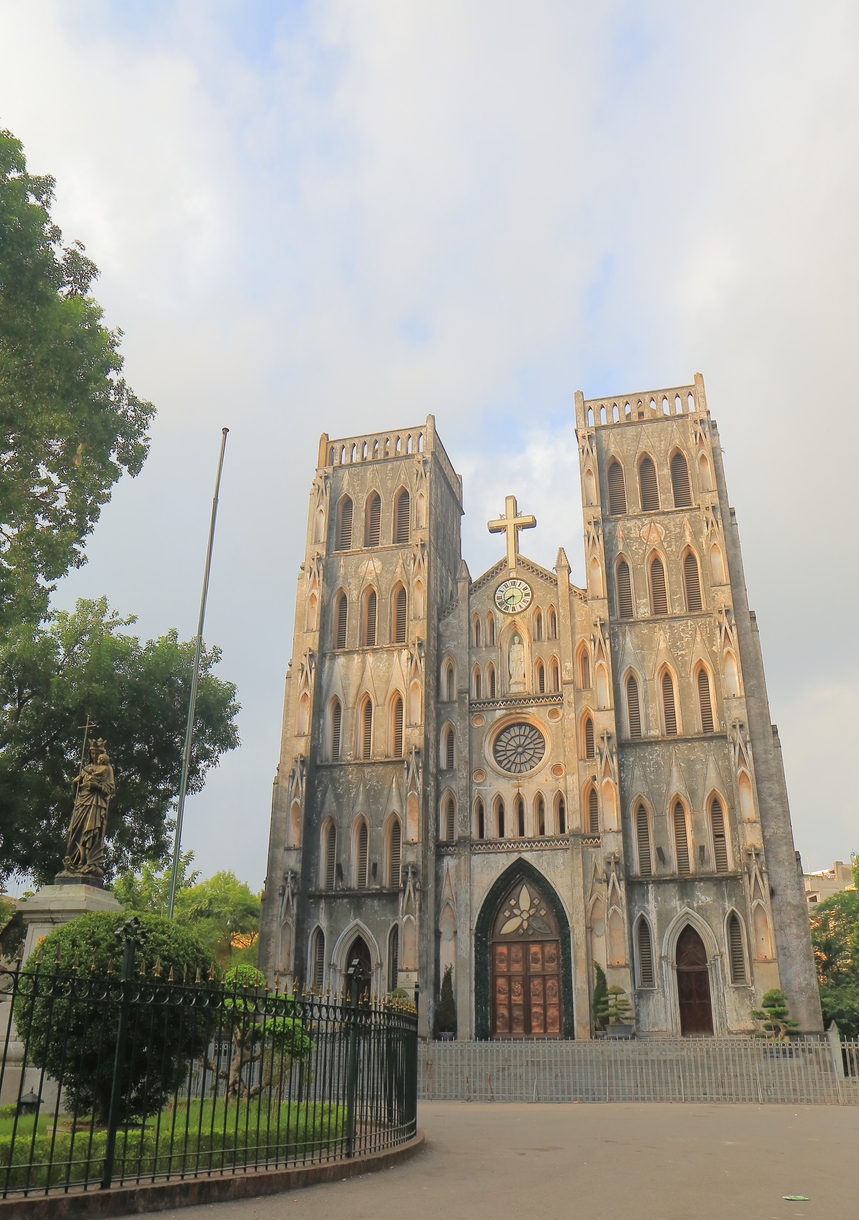 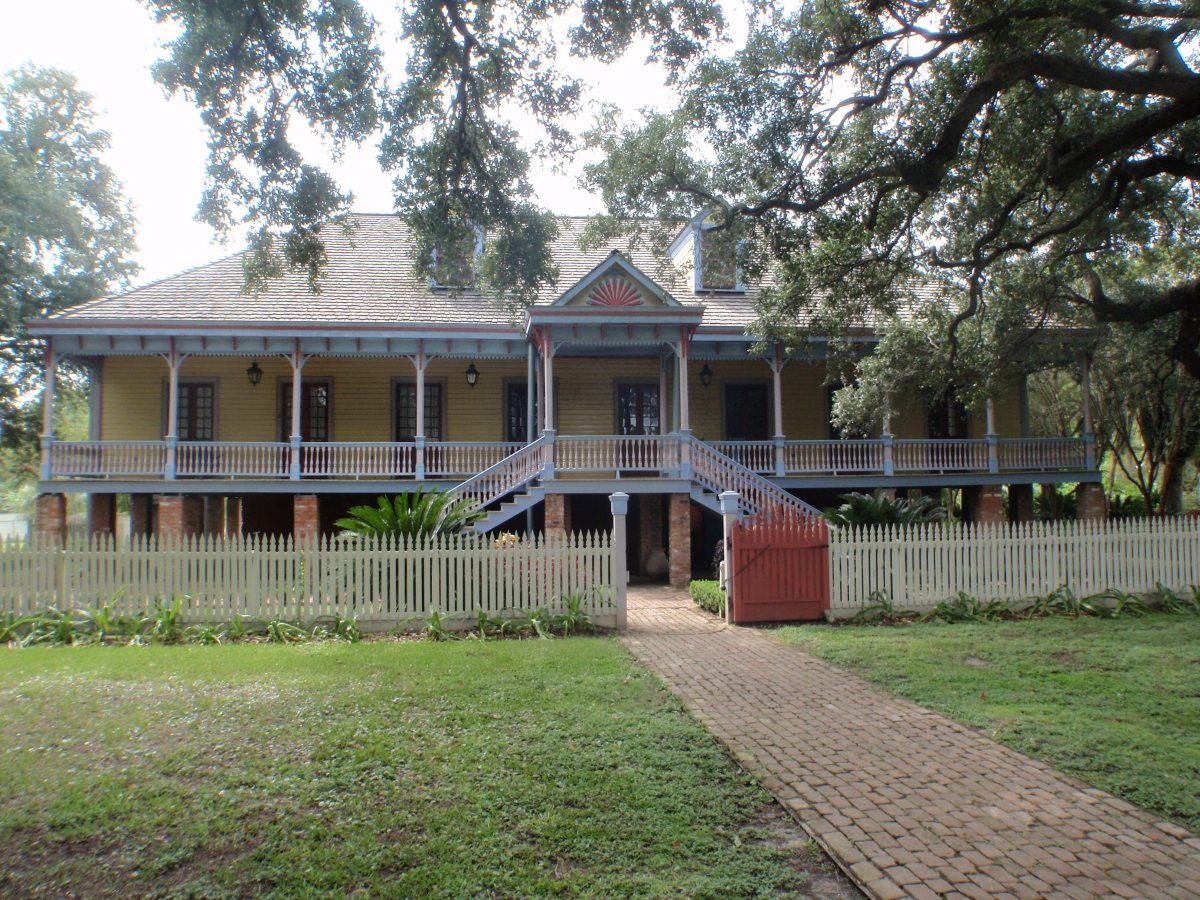 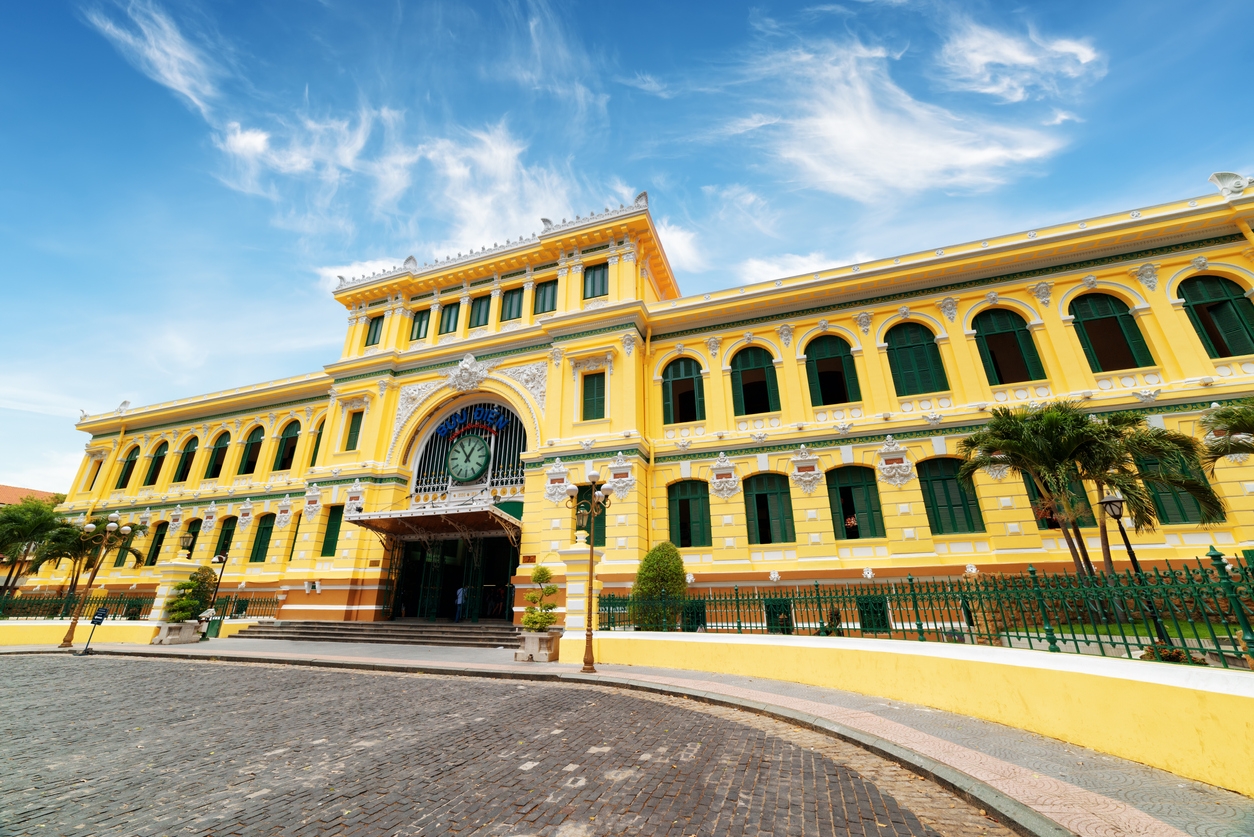 You can find French colonial architecture all over the world, from Asia to the Americas. Each region’s climate and geography impacted the style that developed.

Some of the earliest French colonial architecture is in Canada. French explorers first appeared in Canada in the late 15th and early 16th centuries.

The first architecture of these early French colonists consisted of heavy timber log frames resting on the earth called poteaux-en-terre. French builders used a mixture of mud, moss, and animal hair called bousillage or a limestone, clay, and pebble mixture called pierrotage to fill between the logs. The builders might later replace this infill with more permanent bricks.

As French colonists moved south into warmer and wetter climates, they adapted their architecture to meet the demands of their new area. For example, the builders began to place homes on piers to protect them from flooding and to provide ventilation. They called this style poteaux-sur-sol, which means post on sills. The builders also incorporated wide, wrap-around porches to provide shade during the hot summer.

French colonists moved into Asia much later than to the Americas. They created colonies in the 19th century, first in Vietnam and then in Laos and Cambodia.

The architectural style in France had changed, and the new French building styles in Asia reflected this change. The French colonial buildings also featured many indigenous characteristics and adaptations to the local climate and geography.

French colonists in Asia had the most impact on large cities throughout the region. French colonial buildings consisted of government buildings and grand villas for administrators. Many of the buildings were representative of the prevailing architectural style in France, the Beaux-Arts style but also featured traditional French architecture.

The modern and traditional elements of French architecture and the indigenous features of Asian architecture form a unique French colonial style in Asia.

The French settled in many parts of the world, and their architecture developed regional characteristics.

Laura Plantation is a traditional Louisiana Creole plantation built between 1804-1805. It features a raised basement with a brick floor and an upper floor.

The upper floor features two rows of five rooms with no interior hallways. Preservationist Norman Marmillion spearheaded the restoration of this house. Visitors can tour this restored house furnished by the museum with a large collection of family antiques and treasures.

Gothic Revival architecture inspired the design of St. Joseph’s Cathedral in Hanoi, Vietnam. The French colonial government in Hanoi constructed the cathedral from 1884-1886.

The exterior features granite stones and has a symmetrical design with two square bell towers. The interior of the church features both Neo-Gothic and traditional Vietnamese designs.

The Royal palace design is one of the best representations combining traditional Laotian architecture with Beaux-Arts French architecture.

The roof is a traditional Laotian design and topped with gilded spires. It has a symmetrical facade with a tall center and wings on the right and left sides. Above the entrance is a three-headed elephant crest representing the three kingdoms of Laos. French, fleur-de-lis symbols decorate the pillars on either side of the front door.