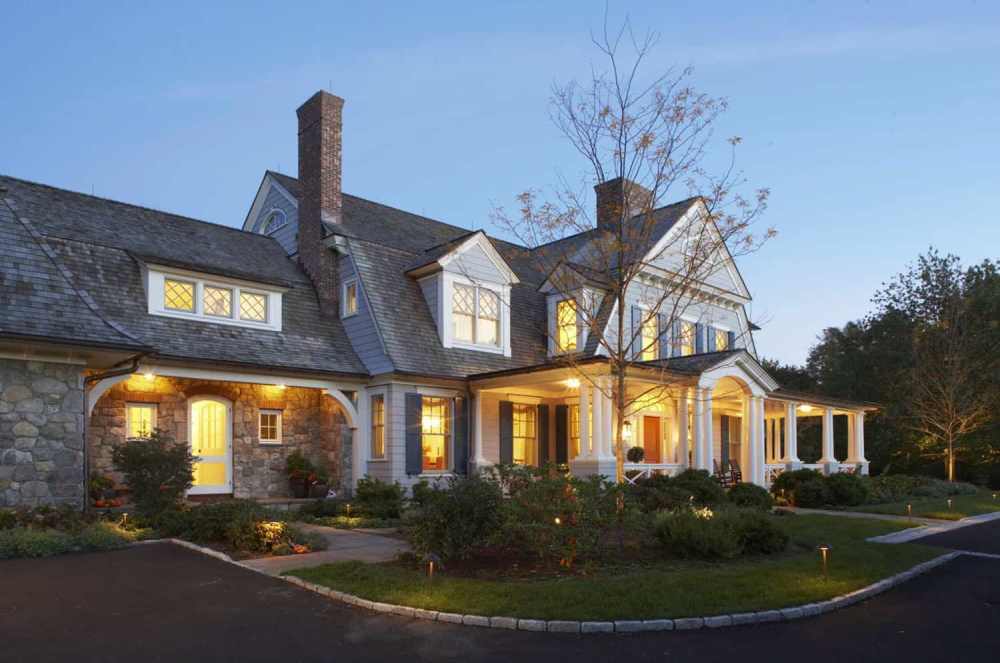 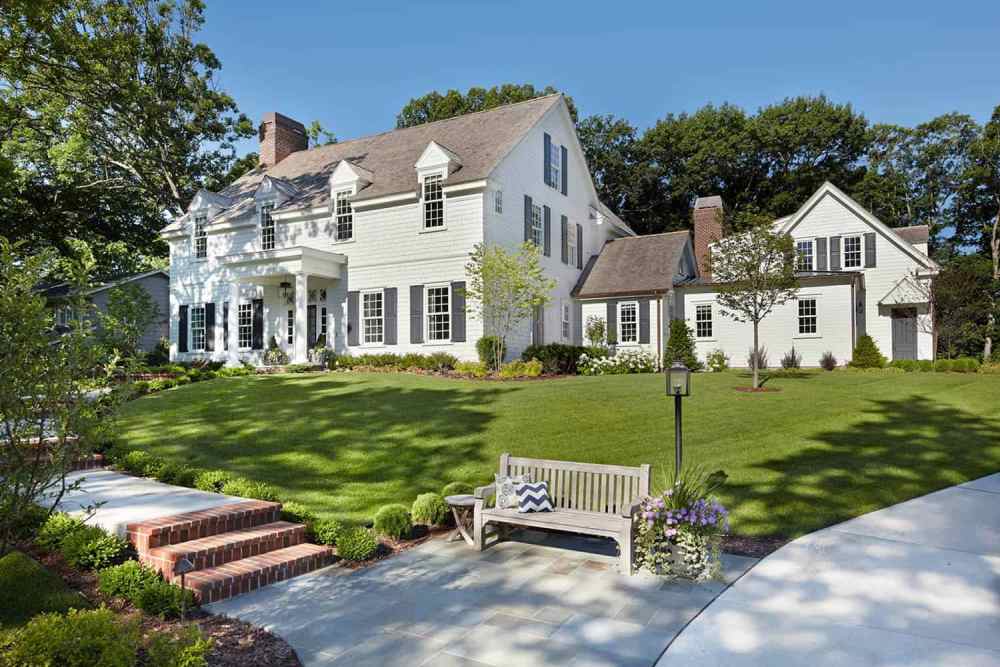 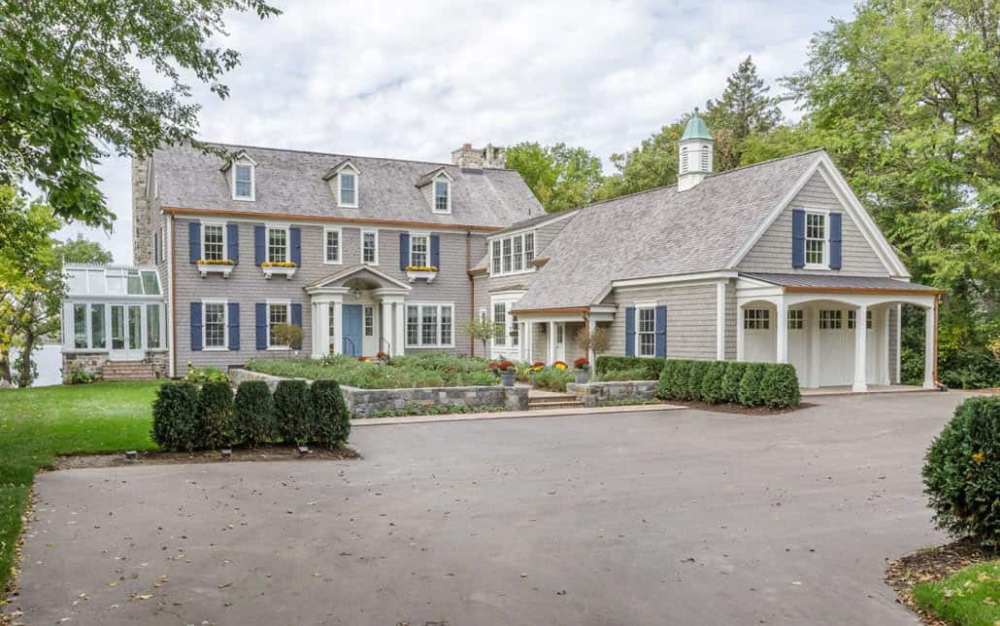 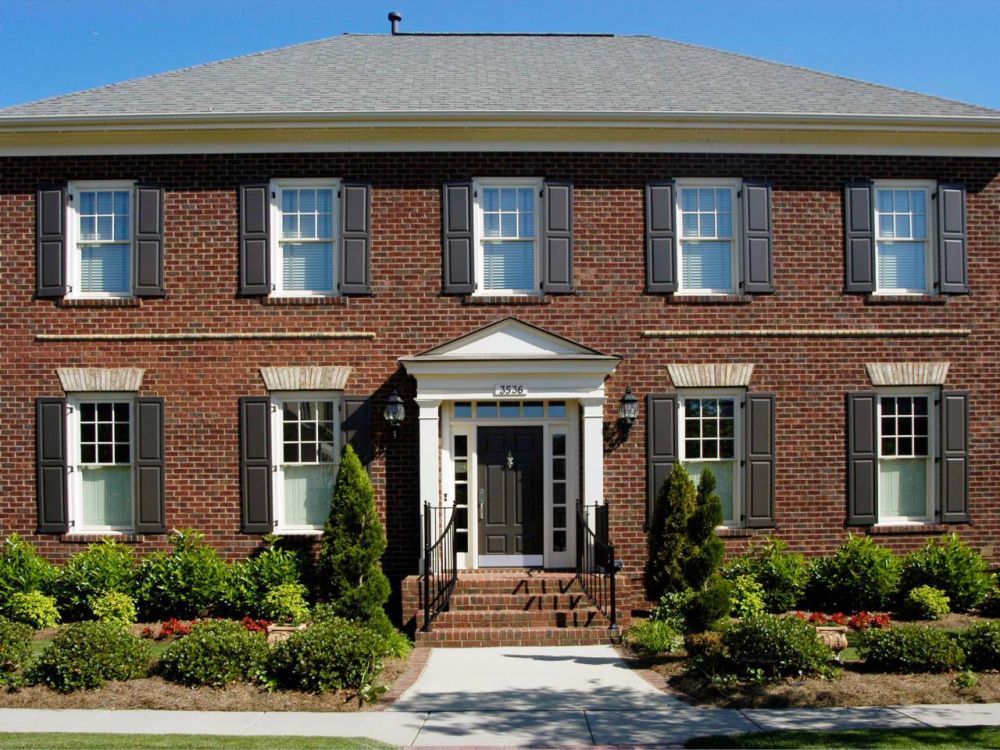 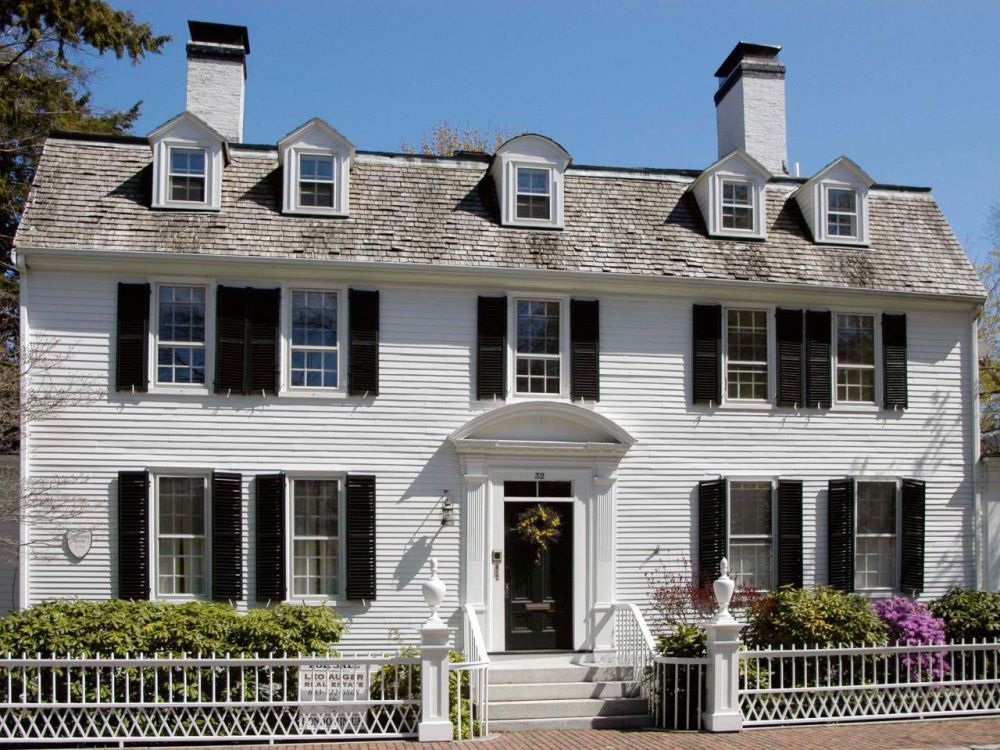 Colonial-style houses are a fixture in America with influences from English, Spanish, French, and Dutch immigrants.

American colonial architecture is the style built in the North American colonies from 1600-1800. It encompasses many building types.

Colonial architecture came with the landscape of the early American colonies, dating back to the 1600s. These homes provided ample space for large families. The styles varied, though, depending on what power controlled the region.

There are many takes on this style, including French Colonial, Dutch Colonial, and Spanish Colonial. Experts group the periods of American colonial architecture style by the regional Old World influences present in North America.

Geography also influenced the development of the colonial houses of the First Period.

Artisans built houses facing south to maximize the sunlight and heat the home. They used asymmetrical roof lines to prevent snow accumulation. Front gables were a common feature of British colonial houses because they provided light and warmth into the upper regions of the house.

Most houses of this period had a simple and functional design. Some of the most common British colonial house designs of this early period are half-timbered houses, saltbox houses, Cape Cod houses, and later Georgian houses.

Builders of the early First period houses used the plentiful timber of the area to create the structures. Later British colonial houses, like Georgian house styles, had wood as a base but a brick or stone facade.

The French explored and colonized areas in North America during the 17th and 18th centuries. They founded New Orleans in 1718 and continued to build north throughout the Mississippi Valley.

Some of the earliest types of French American colonial architecture have small rooms, timber frames, and thatched roofs. French colonial homes in North America had wide, open porches to add ventilation and shade in the hot climate.

Builders constructed many of the early homes on wooden stilts because of the swampy land in this region.

Spanish colonial architecture exists in areas of early migration like Florida and later Spanish migration in the Western United States.

A few early Spanish colonial architecture examples remain in cities like St. Augustine, Florida. The oldest surviving house in St. Augustine, the Gonzalez-Alvarez House, features a coquina and clapboard exterior. Coquina is a limestone substance that contains shells and mollusks. It’s common in Spanish coastal architecture along the East Coast.

In the West, the Spanish developed another architectural type. One of the most available local materials was native clay used to make adobe structures. The Spanish used clay bricks to build towns and cities.

Dutch immigration to North America began in 1630. They came to what is now New York and New Jersey to places like the Hudson River Valley, Bergen, and New Amsterdam.

The gambrel roof was popular in the Netherlands in the 16th and 17th centuries. This style became popular in the colonies because it was inexpensive and effective in wet climates.

Germans migrated to North America beginning in the 1600s. These early German migrants settled in what is now present-day Ohio, New York, Maryland, and Pennsylvania.

These builders also developed a colonial house style called a “bank house.” They built these homes into banks of land to protect them from the elements. Builders constructed these homes with natural local stones, like limestone, sandstone, granite, and marble.

A colonial house on a lake in Minnesota

Murphy & Co. Design created this American colonial-style house with a big L-shaped floor plan. The main entrance has a roofed porch area, typical of the style.

A colonial farmhouse with a modern interior

The inspiration behind this American Colonial-style house is 18th and 19th-century Pennsylvania farmsteads. Studio Murphy & Co. Design applied a similar aesthetic to this colonial farmhouse in Minneapolis.

This home is located in New York, in an area populated with classical structures. As such, the owners wanted it to look like it had been there for generations. They worked closely with Mackin Architects.

They settled on a Dutch colonial-style design to keep the scale similar to neighboring homes. Thus, the architects integrated the second story into the roofline and constructed dormer windows for the bedrooms.

The interior rooms have plentiful windows and extend onto large wraparound porches. Some of these features come from French colonial homes.

The Influence of American Colonial Architecture

Early American architectural styles faded with the popularity of new design styles like Federalist and Neoclassical. But, colonial architecture left a lasting impact on American design.

Some aspects of American colonial architecture still common today are a preference for symmetrical facades, central chimneys, decorative molding and millwork like wainscoting, and wide-plank flooring.

Typically found on the US East Coast and New England, rooted in a British colonial tradition, colonial style homes have a distinct look. They have a simple rectangular shape and tend to be two to three stories tall. Facades are usually wood and sometimes stone. A colonial house has one, perhaps two fireplaces.

The specific country that colonized an area drives the architectural styles. These include Spanish colonial and French colonial style houses.

What makes a house colonial style?

Colonial styles have two or three stories, brick or wood facades and at least one fireplace if not two. The floor plan puts the kitchen and living spaces as separate rooms on the first floor and the bedrooms upstairs.

What is colonial style decor?

American Colonial style homes typically have decor that is neutral in color. Interiors have large entrance halls, wood floors, simple color schemes, wainscoting and millwork that is not too over the top.

What style is Colonial Revival?

Colonial Revival is basically a mish-mash of styles creating a quintessentially American colonial architecture. Roofs can be gabled, hipped, or gambrel. A Colonial house can also include dormer windows. It’s a diverse style that can easily be adapted to contemporary lifestyle needs. Cape Cod style in New England is an example.

Modern colonial-style houses improve on the best elements of an architectural style that grew out of British colonial rule. Colonial houses can be modest or grand.