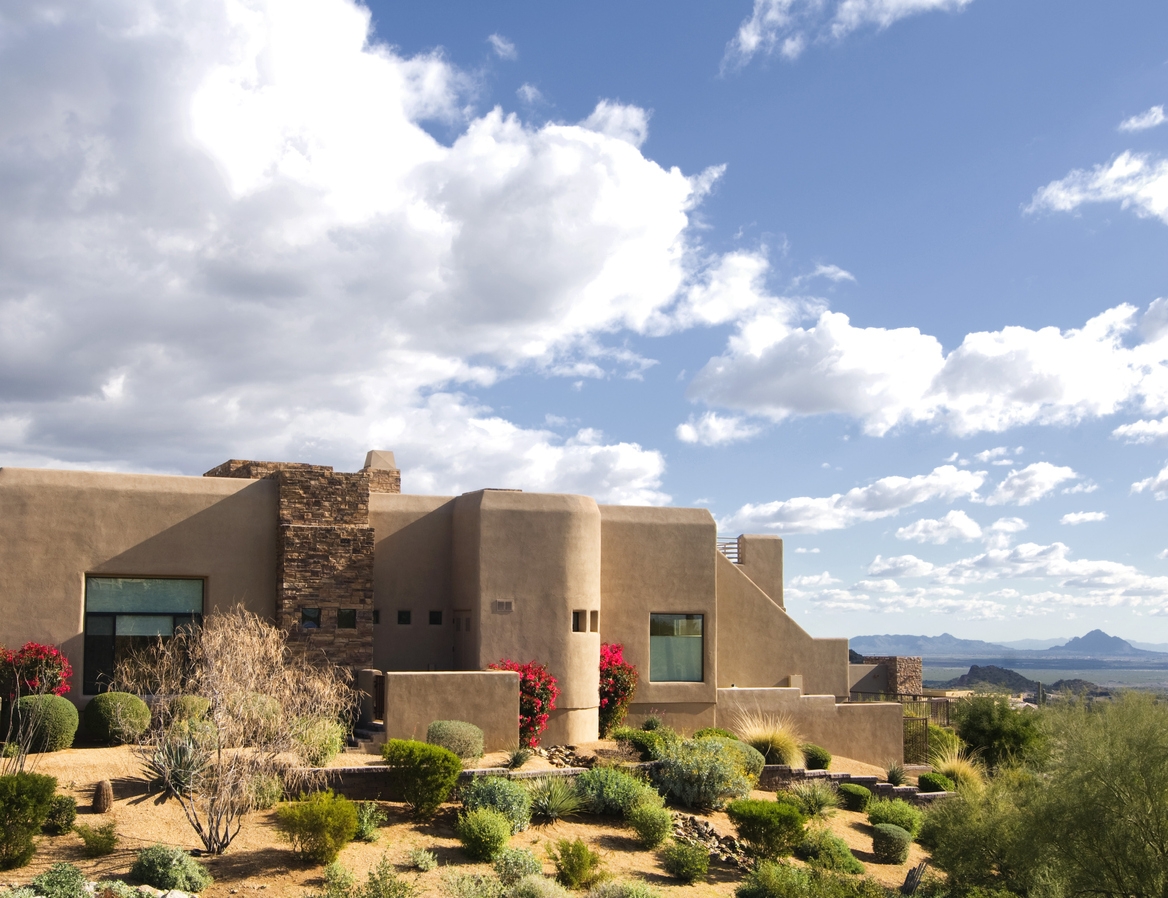 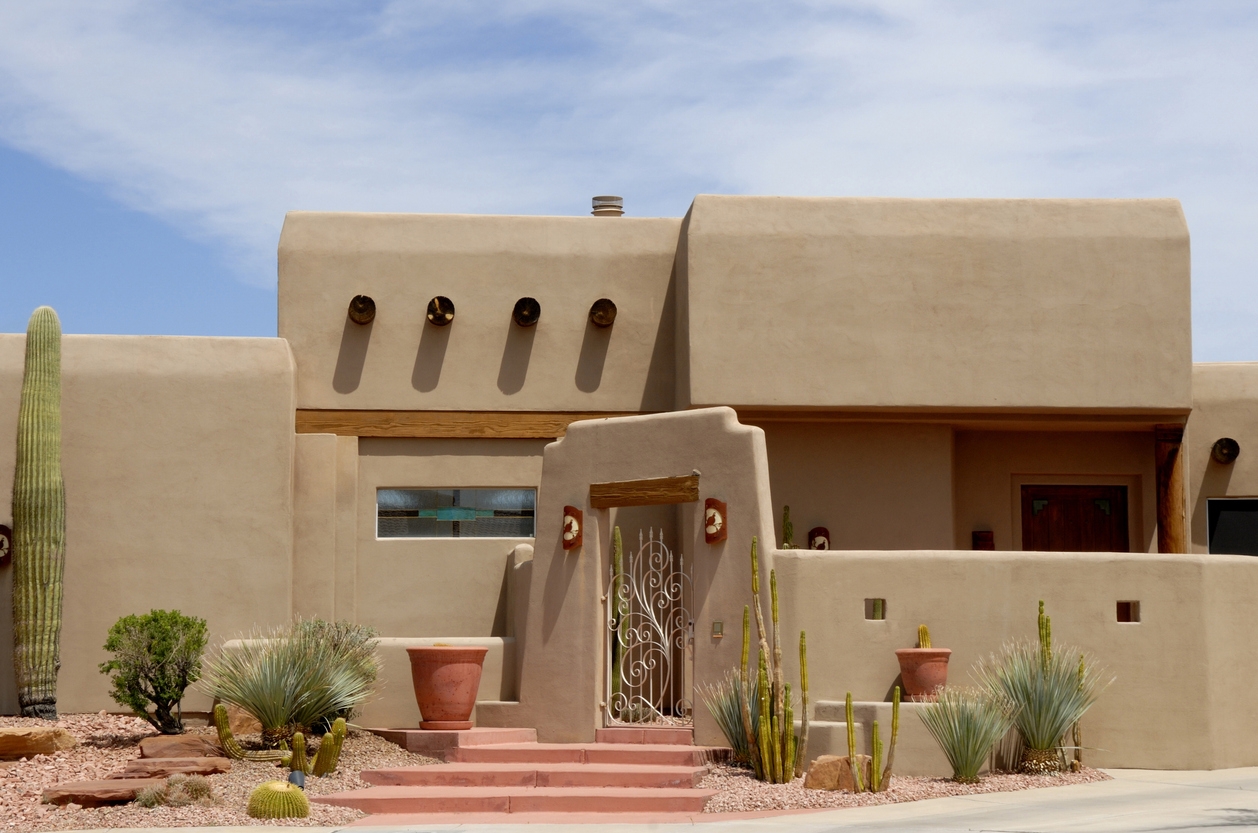 Adobe architecture dates back to the years before 5100 B.C. Indigenous Pueblo people used the building method to construct homes from surrounding natural materials.

The term “adobe” relates to the technique of constructing Pueblo-style houses and not the architectural design. The Adobe house region is in the Southwestern United States.

Some contemporary homes in the Southwestern United States feature the adobe architectural design. But, the architectural style dates back to years preceding 5100 BC in the Middle East.

The first adobe-style homes had a pit design. They were half underground and half above the soil surface. Around 800 AD, circular adobe-style homes began to have separate rooms. Builders partitioned these rooms with different soil types, depending on the part of the house.

Adobe was the most durable and easy-to-source material since the Pueblo people couldn’t find enough timber to construct houses.

Locations of the most notable adobe-style homes include Taos, New Mexico, at the Taos Pueblo.

Taos Pueblo is a UNESCO world heritage site and a national historic landmark. New Mexico is one of the main origins of the Pueblo people, which is why some refer to adobe-style houses as “Pueblo” homes.

Modern Pueblo-style houses resemble traditional architecture, which the indigenous people of Southwest America embraced. Today, most of these houses have a Spanish interior motivated by the indigenous building materials during the Spanish colonization era.

The early adobe-style homes had a distinctive circular design but later adopted a rectangular prism interior which is more in demand today. Modern adobe-style houses feature some interior updates, but the indigenous architectural elements remain intact.

Most adobe homes have flat roofs with rounded edges. Their earthy exteriors have hue variations of yellow, cream, tan, or pink. Both the interior and exterior have wood accents or beams. They have either square or rectangular windows.

Adobe-style homes featured wide porches, brick or wood floors, and benches built into walls. The roofs had a flat or sloping design to some degree, with the windows well tucked into the walls.

Adobe house bricks are rectangular and don’t have a standard size. Their main components include compressed grass, clay, and sand. The mud brick is later mixed in water, then dried in the sun. The native method of drying the bricks in the sun took months.

Modern Pueblo-style homes are reinforced with cement, lime, or asphalt to make them water-resistant.

While some use the terms Adobe-style and Pueblo-style homes interchangeably, they have slight differences. For example, the latter features extra structural features added by the colonists.

Most roofs have rounded edges and an extension for easier rain harvesting. Some adobe-style homes have an outdoor living space, front porches, and a rooftop garden. The exterior of Pueblo-style homes includes thick walls with an earthy, brownish-red hue.

Beehive fireplaces are also common in pueblo-style homes. The typical flooring materials are concrete, cool stone, or tile. Most floor layouts have a central interior courtyard.

The exterior of adobe-style houses has exposed wood beams that reinforce the ceiling.

How Sustainable Are Adobe Houses?

Adobe houses are fire-resistant and help reduce energy consumption. The bricks are durable if well constructed. They withstand the intense heat of the Southwest United States.

Adobe walls have high thermal mass to absorb heat throughout the day. As a result, the interior remains cool during the day, while the walls release the heat at night. Adobe windows are deeply tucked and receive shade from the porch’s elongating roof.