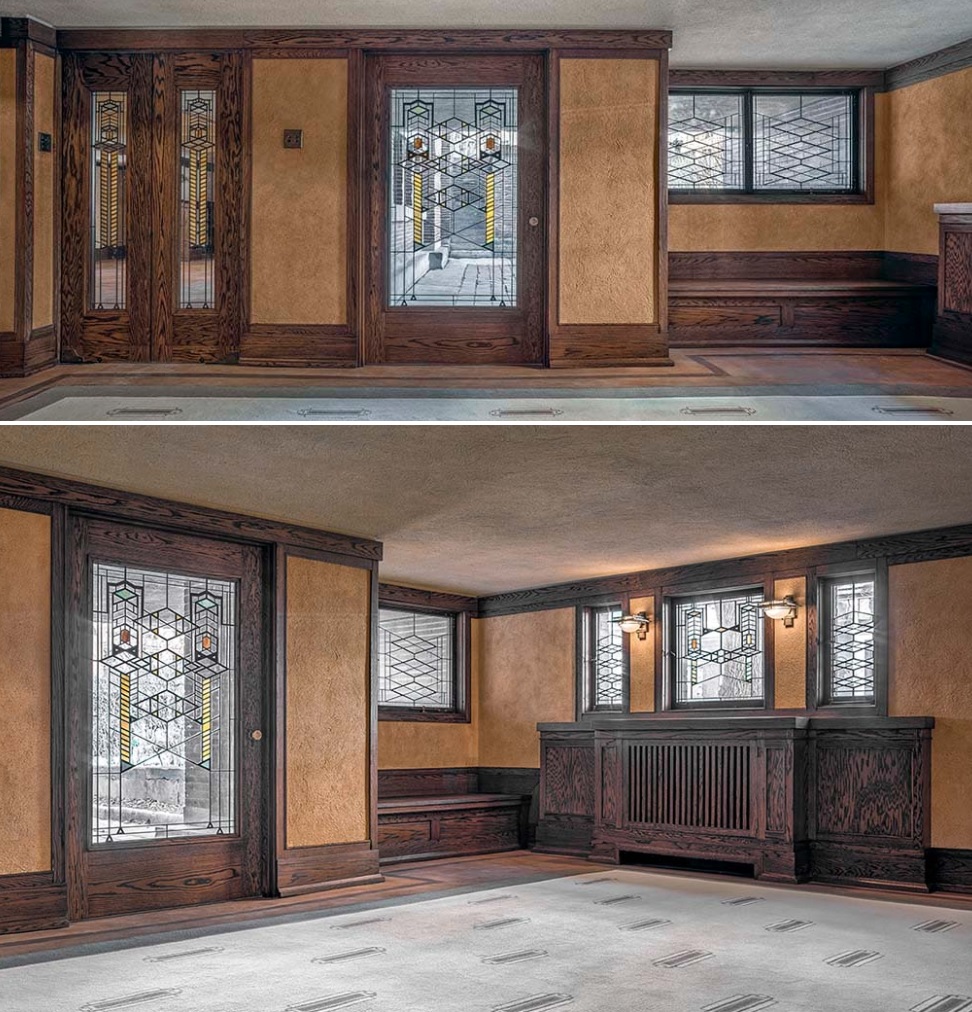 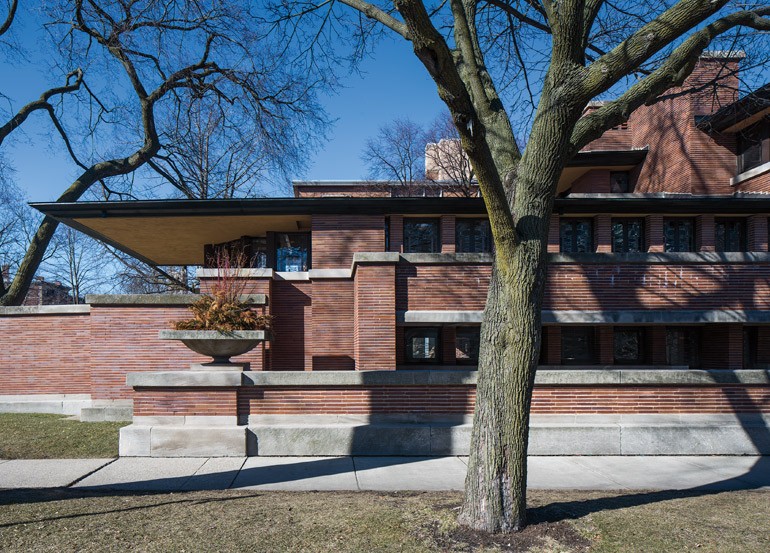 Prairie-style architecture emerged in the United States in the late 19th century. It was a distinct geographic expression of the Arts and Crafts movement combined with the ideas of architect Louis Sullivan.

Frank Lloyd Wright is most associated with Prairie-style architecture, but he was part of a larger group of architects. These architects sought to create structures that were non-derivative of international styles and imitated the flat landscape of the American prairie.

The Prairie School of architecture shares many ideas with England’s Arts and Crafts movement.

Like John Ruskin and William Morris, artists and designers in England were against using machinery in furniture and architectural details. Instead, their ideas promoted the celebration of handcrafted items that upheld the dignity of craftsmen. The American version of the Arts and Crafts movement also celebrated craftsmanship, a simple design style, and using natural materials in decorative work.

Prominent American home styles during the Arts and Crafts period echoed past styles like Classical and Gothic architecture. Frank Lloyd Wright and other architects saw these as a derivation of outdated styles from other countries. They believed these homes were unsuitable to the American landscape and style of living.

Frank Lloyd Wright, George Elmslie, Myron Hunt, George Washington Mahr, Dwight Gray, William Purcell, and other architects in the Chicago area formed what Wright later referred to as “The New School of the Middle West.” It was also known as the Prairie School and emerged around 1893.

This group of architects took the goals of the Arts and Crafts movement and combined them with the ideas of Wright’s mentor Louis Sullivan. They wanted to create democratic architecture suited to the American landscape.

Wright promoted the idea of “organic architecture,” a belief that the structure should have cohesion with the building site and look like it could naturally emerge from it.

Lasting Influence of the Prairie Style

Interest in Prairie-style architecture began to decline in the 1920s and 1930s as it was difficult to translate on a global scale. Also, as the Midwest became industrialized, interest in craftsman details decreased. The style also coincided with the Great Depression, and the lack of money impacted the development of new buildings and homes.

The decline in the Prairie architectural style was also due to a new interest in other modern architecture, like the International style and the Art Deco movement.

These styles celebrate the achievements of modernity with the use of new materials in furniture and buildings.

In the end, modern homes owe much to the Prairie style. It celebrated simplicity of form, connection to the natural environment, the use of technology to improve life and design, and open floor plans common in today’s modern homes.

Cantilevered roof eaves project from the house. Brick clads the house with mortar that highlights the home’s horizontal lines. Dark wood interiors adorn the inside with geometric stained glass to bring in ample natural light.

Experts consider Frank Lloyd Wright’s Unity Temple his greatest public building during his Chicago years. Church leaders awarded the commission to Wright to rebuild the church after it burned down in 1905. He wanted to design a building to embody truth, beauty, simplicity, freedom, and reason.

He created the structure as a monolith cube of concrete sheltered under a flat roof. The building features clerestory windows recessed behind decorative piers.

Coonley House is another Chicago area Prairie-style home. Frank Lloyd Wright designed and built this house from 1908-1912. It’s one of the most elaborate homes that Wright designed in the Prairie style.

The Coonley Estate features more than just a single home. It’s a complex of Prairie buildings.

The Coonley House features wide overhanging eaves, art glass windows, an open floor plan, and an organic connection between the surrounding landscape and the home.

Louis Sullivan and George Emslie designed the Harold C. Bradley house during a partnership that formed after he had dismissed Frank Lloyd Wright from the firm.

Emslie designed the majority of the home with occasional suggestions from Sullivan. The house has a distinct “T” footprint with cantilevered sections that hold sleeping porches. The interior features dark wood trim and beams with spacious expanses of art glass windows.