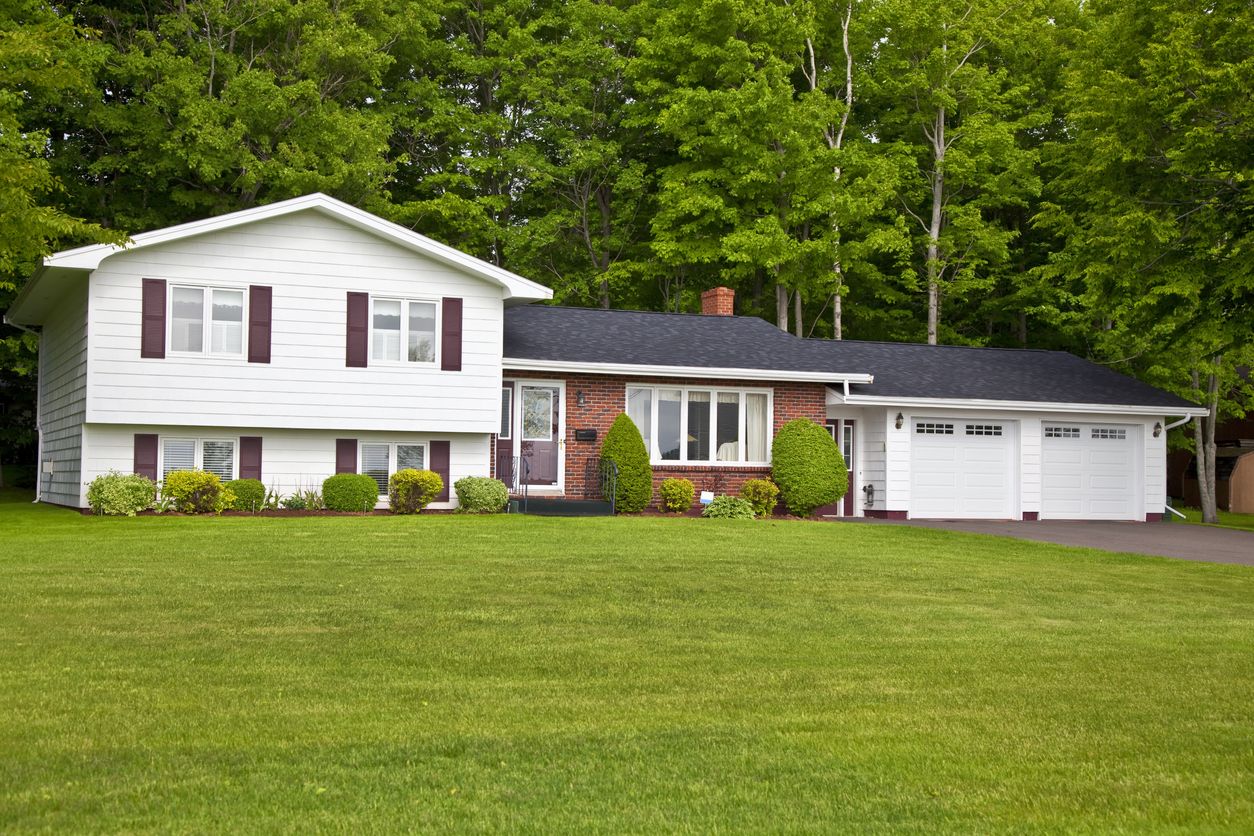 These houses offered more space than the typical bungalow of the 1940s. The style was also cost-effective because it didn’t have as large a footprint as a one-story ranch with the same amount of space.

Many people have mixed feelings about split-level style houses, but they are a practical design and worth consideration by today’s home buyers.

Following World War II, the United States went through an increase in population. The population boom created the need for more housing in suburban areas.

In the previous decades, many of the homes built for the middle class were in the bungalow, ranch, or Cape Cod style. Split-level architecture was a practical way to increase the living area without increasing the land needed for a larger house.

The split-level house style emerged over time, so experts cannot credit just one person for the design.

Builders created some of the first split-level houses on slopes. The split level was a way to integrate the home into the building site. The style became popular for the amount of living space it created and blossomed into its own style.

Split-level homes remained popular throughout the 1960s and into the 1970s. In the 1970s, new styles emerged, leading to the decline of split-level houses. These new styles included contemporary and the resurgence of Colonial Revival homes.

Other reasons for the change in taste regarding split-level homes include a lack of energy efficiency and different economic conditions.

The split-level style architecture has many layout variations. Its floor plan is easy to modify for different needs and building sites.

The side split has three levels visible from the front of the house. In most homes, the garage is on one side, with a full story above it that houses the bedrooms. The other side features the common living area. Half sets of stairs connect all three levels.

Backsplit houses feature a split level apparent from the side. Two stories are visible from the back and one from the front elevation.

A bi-level home features two levels and two sets of stairs. The design locates the front entrance between the floors.

The top floor houses the main living areas and full-height ceilings. The lower floor has low ceilings and is below grade level.

A stacked split level has four or five levels with several short staircases connecting them. The foyer features two sets of stairs, one leading up to the living area and another to a basement area. Another set of stairs on the upper level leads to bedrooms.

Builders sometimes stack other bedrooms on top of one another leading to the “stacked split level” designation.

A split-entry house features a front foyer with two short sets of stairs. One set leads up to the living area, and the other to a basement.

Split-foyer homes have a different appearance than split-level homes or raised ranches. A split foyer style has a more open floor plan with the living areas visible from the foyer. Split-entry homes also have a more symmetrical exterior than other styles.

Here are the main features of split-level architecture:

What are Easy Ways to Modernize a Split Level House?

Split-level homes remain a popular design for families. However, many people who own them want to add elements that bring them in line with modern style.

There are several easy ways to modernize and increase the curb appeal of split levels. One is to add modern lighting to the interior and exterior spaces. Play into the mid-century style with sleek and simple light fixtures. You can also add new windows to update the look of your home and increase efficiency.

Landscaping can do wonders for any house. Use plants to increase your split level’s curb appeal. You can also increase the front stoop area and add a new front door to give your home’s entrance more presence and appeal.