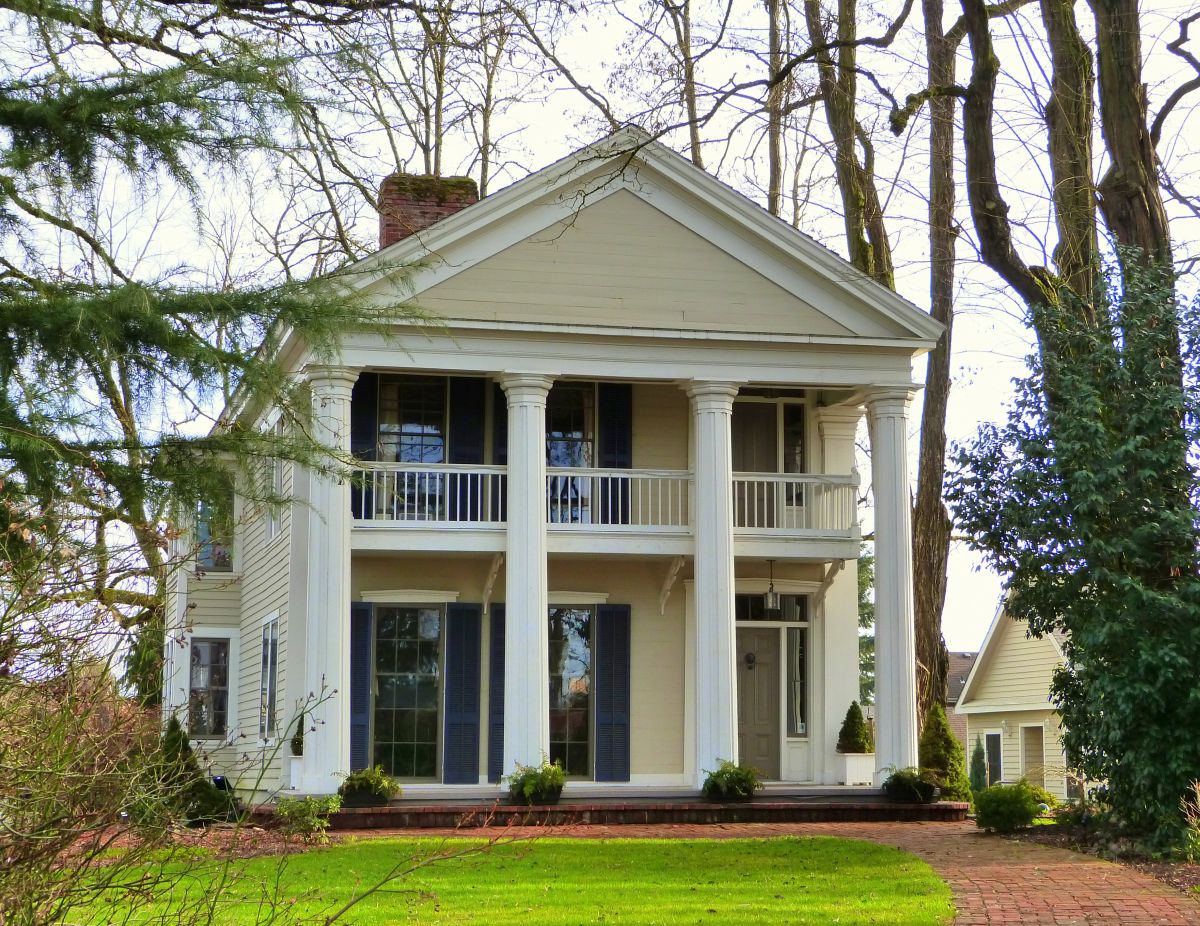 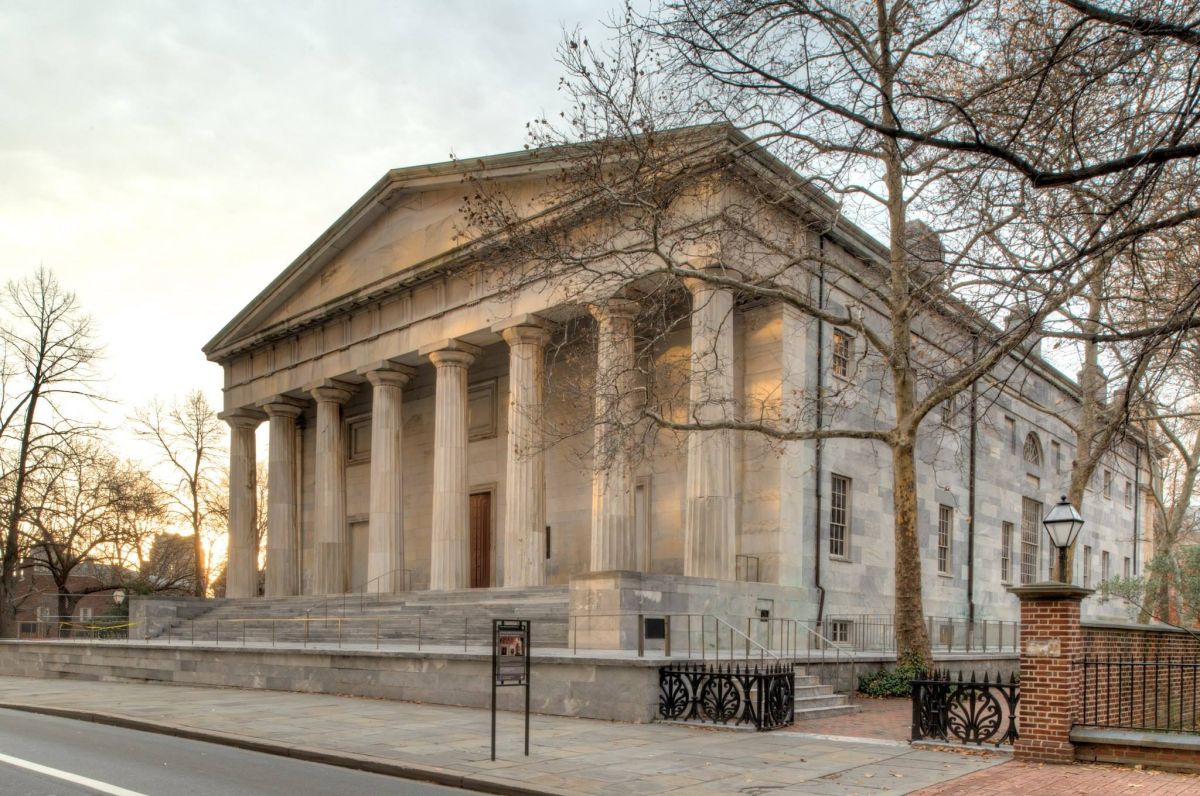 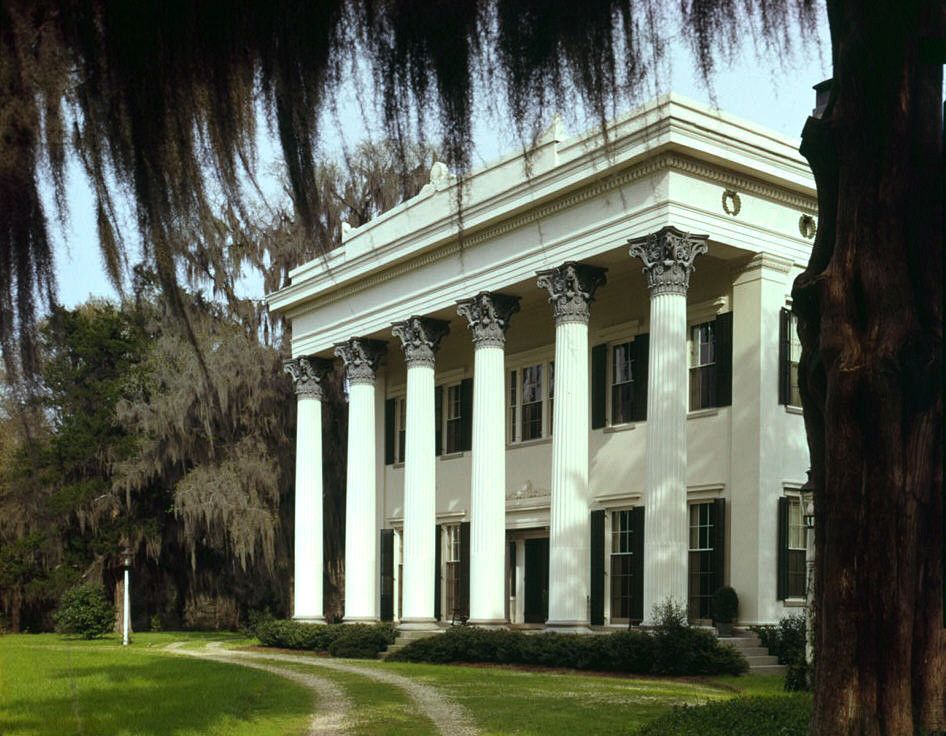 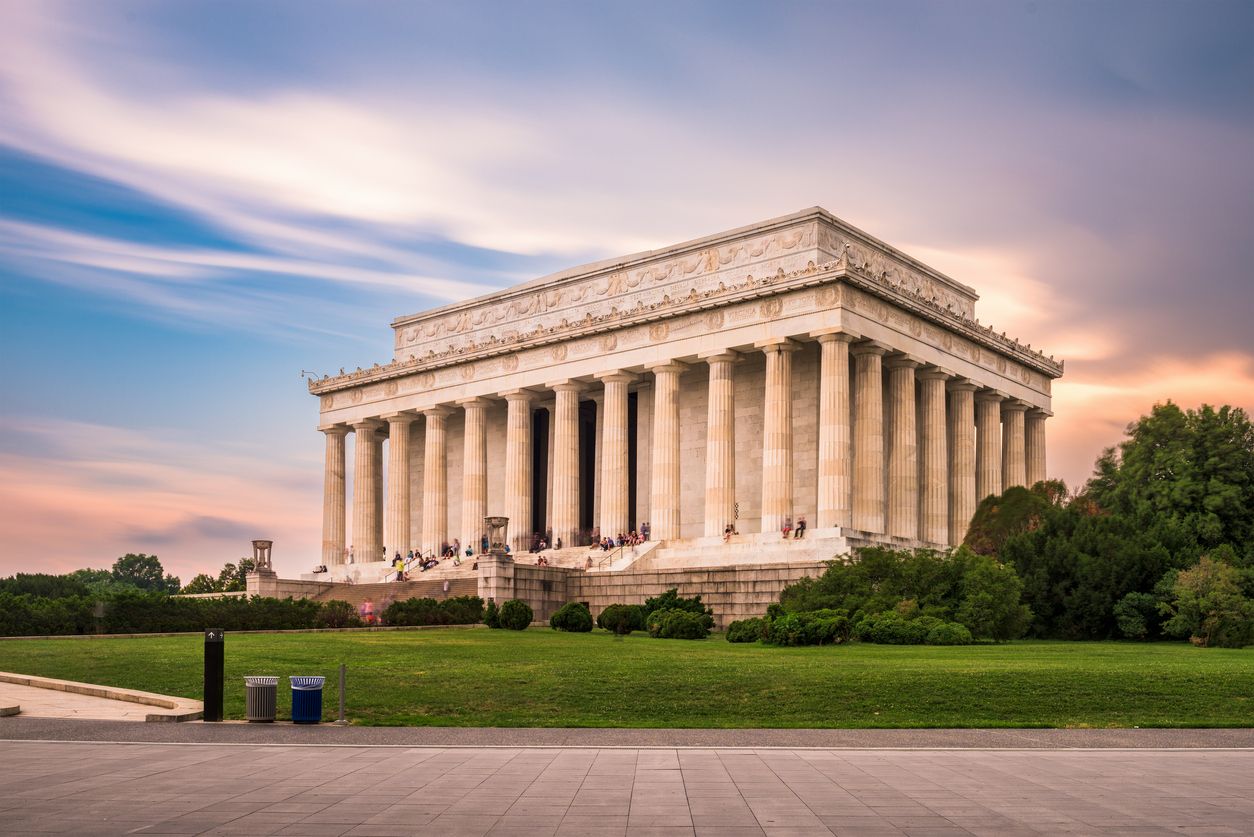 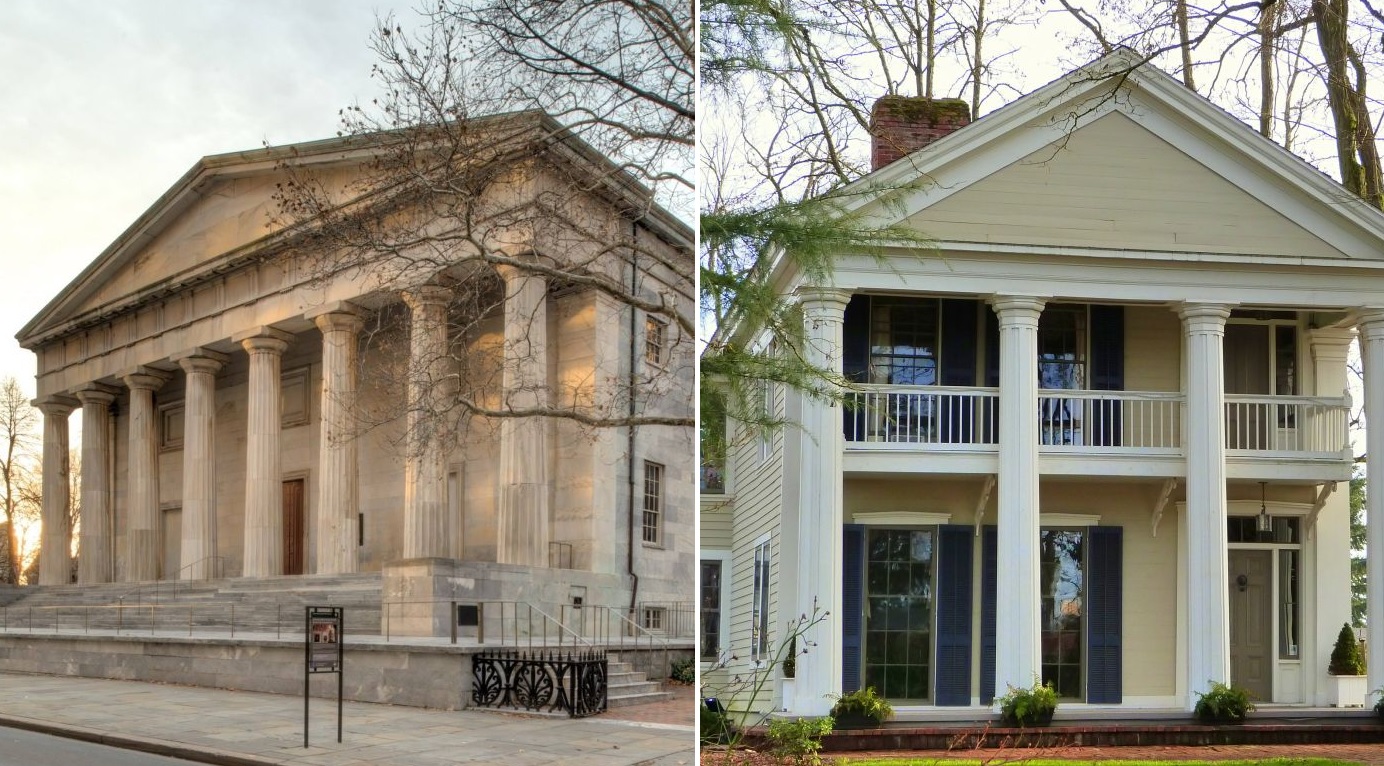 The Greek Revival architectural movement began in the middle of the 18th century when cities like Washington D.C. were not yet in existence. Beyond just architectural forms, it represented important ideals in the founding of the United States.

In the early 18th century, only scholars and travelers interested in antiquity had knowledge of Greece. Politics in the region made travel to Greece difficult. The Greeks triumphed over the Ottomans in a war of independence in 1832, opening it to travelers from Europe.

Many early United States citizens became interested in Greek architecture’s symbolism. It contrasted the lax style and values the first American citizens saw taking root in France. This style, and others like it in the Neoclassical order, is free from associations with the church that was innate in other architectural forms from Europe and Britain.

Thomas Jefferson appointed building surveyor Benjamin Henry Latrobe to design public buildings in Washington, D.C., and Philadelphia. Like the U.S. Capital, he developed these buildings in a classical style using local natural motifs such as corn cobs and tobacco leaves.

The Greek Revival style dominated architecture in the United States from 1820-1850. One of the most famous architects responsible for the proliferation of Neo-Greek building design was Robert Mills, a student of Latrobe’s. He designed both the Monumental Church and the Washington Monument.

Another reason for the lasting popularity of the Greek Revival style was the publication of pattern books. One of the most important was Benjamin Asher’s The Practical House Carpenter. It was responsible for the spread of Greek Revival homes throughout the Northeast and Midwest in the United States.

In warm and humid southern climates, Greek Revival houses feature a portico, piazza, or porch to take advantage of the cool evening air. Greek Revival homes in the north would often embellish their exteriors with decorative pilasters rather than full porches with columns.

There were also variations based on the scope and size of the Grecian-style home. Large Greek Revival homes with wealthy owners included most of the elements of Greek temples, like columns, large pediments, and wide decorative friezes.

More modest farmhouse-style homes featured only some details of Greek-style architecture. These details included a simple rectangular shape and triangular gables, creating the look of a Grecian pediment. Almost all Greek Revival homes are white.

Greek architectural elements are important in the interior and exterior of Greek Revival buildings.

Examples of Greek Revival Architecture in the United States

Many buildings in the United States capital, Washington D.C., have a Greek Revival style. For example, the Lincoln Memorial has the style of a Greek temple.

The architects designed it using Yule marble. Thirty-six fluted Doric columns support the exterior portico. There are decorative cornices and friezes throughout the structure adorned by ribbons and palm leaves.

Second Bank of the United States

The Second Bank of the United States is a classic example of Greek Revival architecture. The architect William Strickland designed this building to look like the historic Greek temple, the Parthenon. It has a triangular pediment supported by eight fluted Doric columns.

The John C. Ainsworth House in Portland, Oregon, has a more rustic Greek Revival style, featuring four columns that support a projecting gable. It has large double sash windows with a 6-lite design and a slight triangular pediment over each window. The entrance features sidelights and a transom that surround a single door.

What is the Difference Between Greek Revival and Neoclassical Architecture?