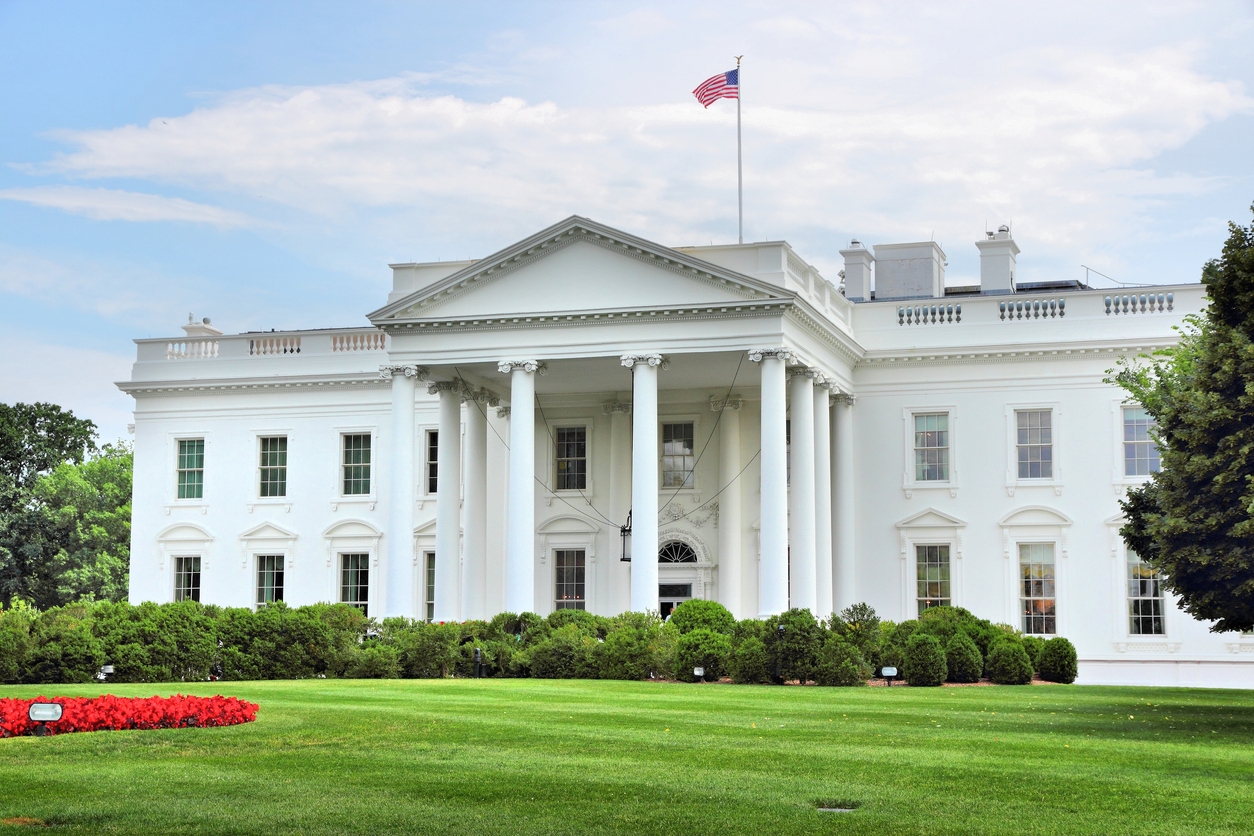 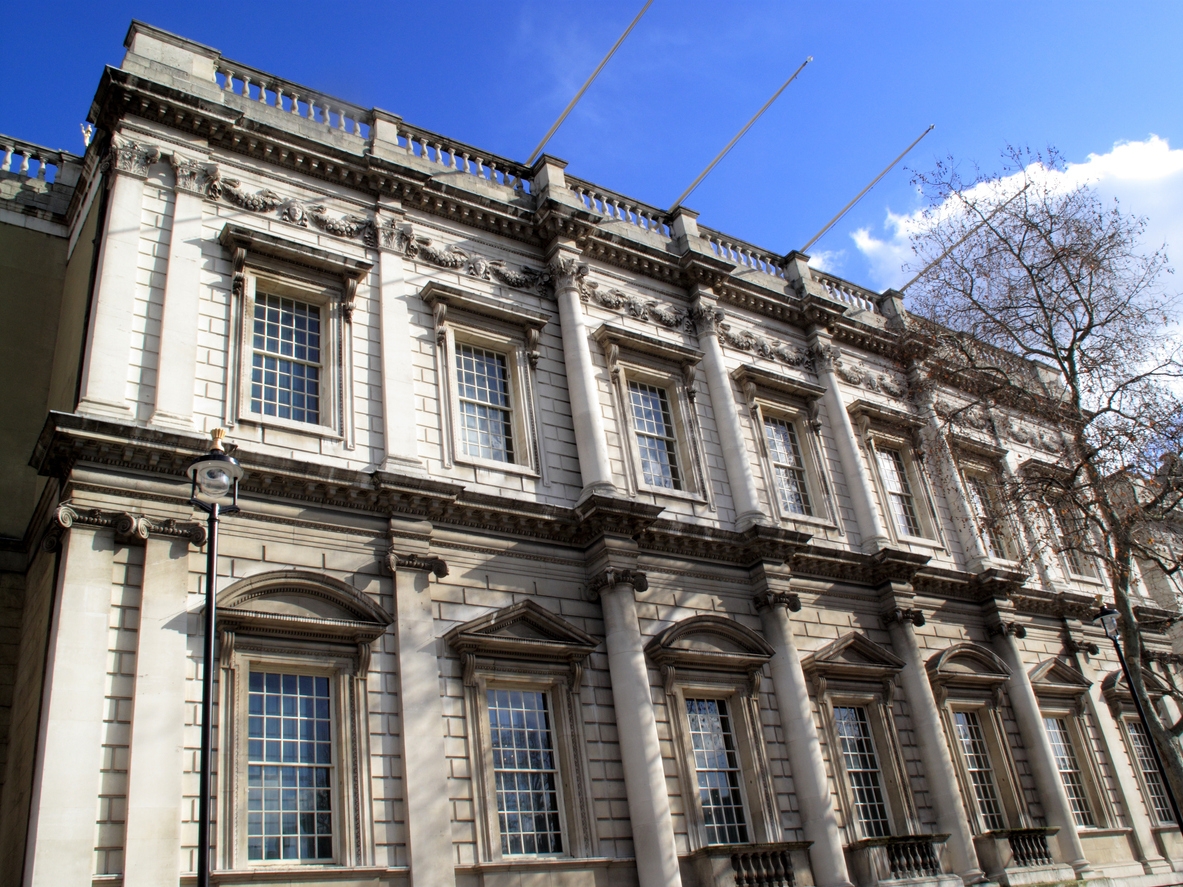 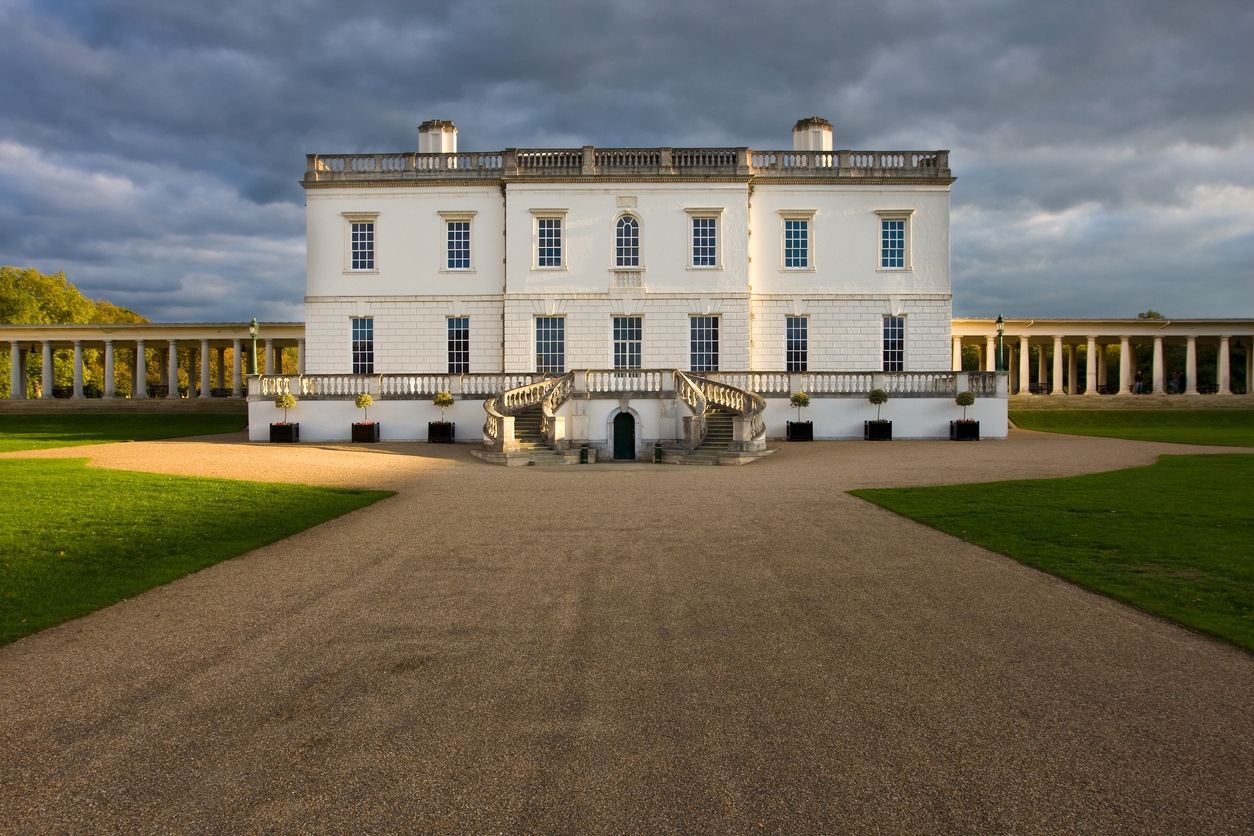 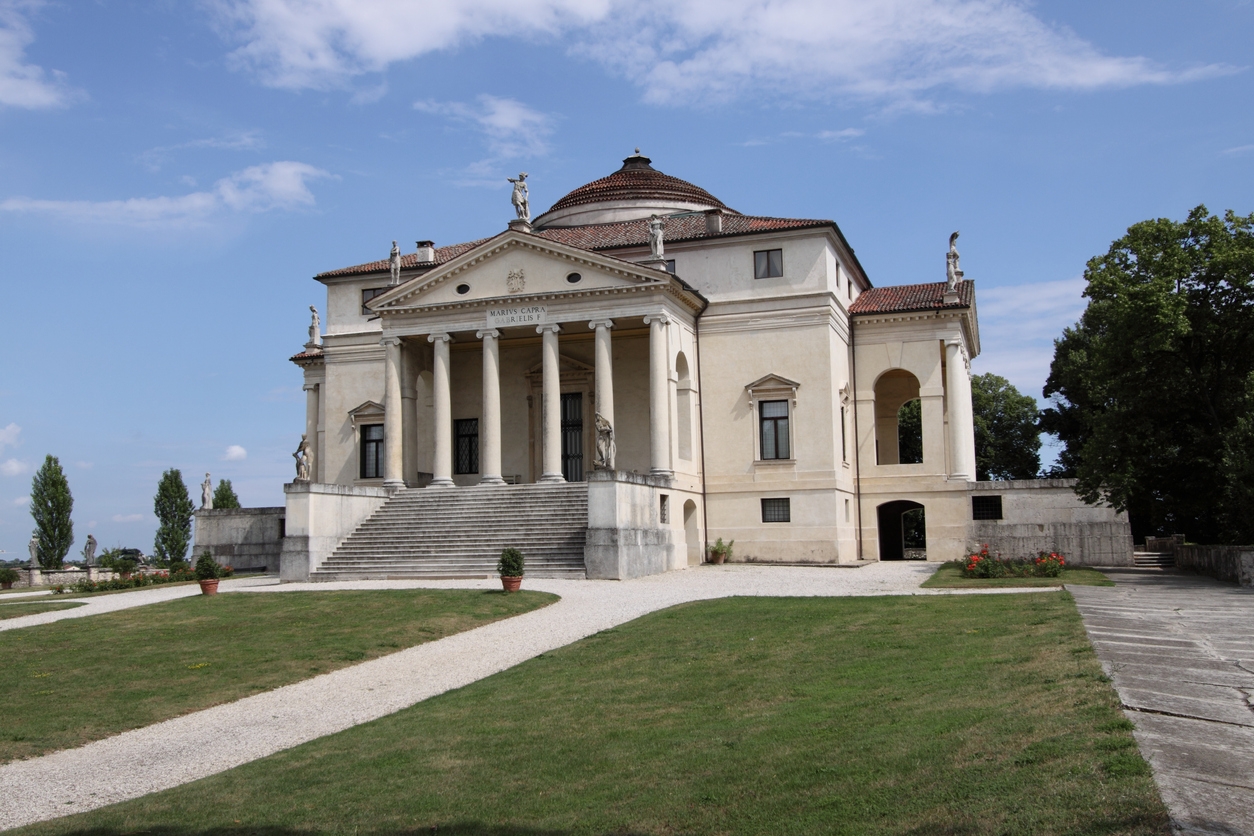 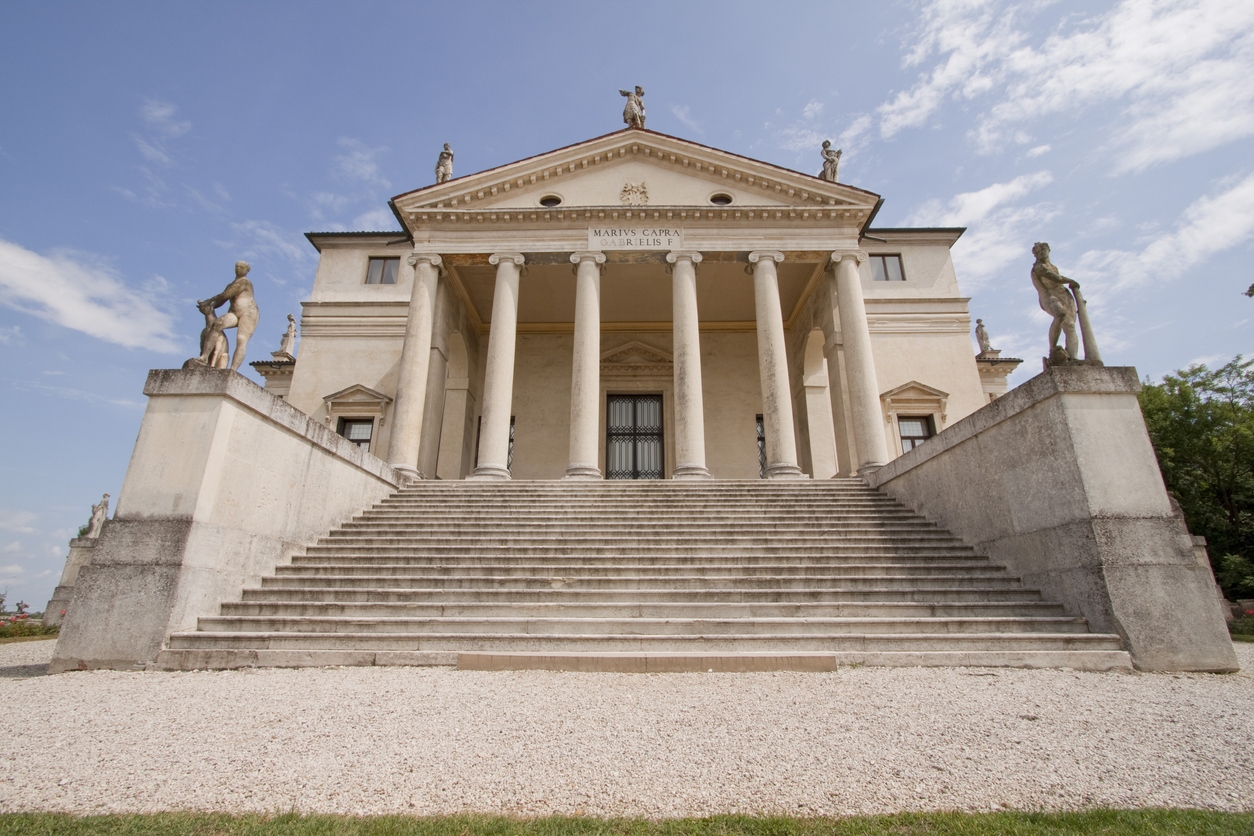 Palladian architecture gets its name from its originator, Andrea Palladio, one of the most influential European architects of the 16th century.

Palladian architecture focuses on order with influences from ancient Greek and Roman style. It’s known for its perfect symmetry and use of classical elements, leading to a grandeur aesthetic.

The main features of Palladian architecture are exteriors where one half mimics the other, creating order. The architect mathematically spaced windows for symmetry. Palladian-style entrances feature large decorative columns supporting a portico and temple front.

Palladian buildings have a demanding but neat aesthetic. While this style isn’t prevalent in modern homes, it’s the blueprint for many government buildings.

Palladian structures are often brick, stone, or stucco. The exterior is kept simple, left natural, or painted in a light, neutral. Roofs can be flat or hipped, with grander buildings featuring domed sections.

While the exterior of Palladian architecture conveys order, the interior is more ornate. Palladian buildings feature ceilings that are domed, coffered, or covered in plaster designs. The walls are often stone, featuring cornices, plaster panels, silk damask, or pine paneling.

Interior paint colors include warm neutrals for the wall, like white, stone, or olive. Although, in some cases, a designer would use bright colors. The wood trim work is dark brown.

Andrea Palladio, born in 1508, birthed Palladian architecture. He incorporated symmetry in his designs while including classical elements with Greek and Roman influences. Rather than using the ornamental style of Renaissance architecture, Palladio used mathematical proportions defined by Vitruvius.

He published his architectural ideas in a book called ‘I Quattro Libri dell Architettura’ or The Four Books of Architecture, 1570.

Palladio designed churches and villas, often with a temple-shaped portico on the front or on all sides, which became a trademark of his work. One of Palladio’s most famous works is the Villa La Rotonda, located in Northern Italy.

Another lasting mark of Palladio’s career is the Venetian or Palladian window. These windows feature three sections – a tall middle window with a high arch and two smaller rectangular windows on either side. Some modern homes and commercial buildings still incorporate Palladian windows.

In the 17th century, Palladian architecture spread through Europe due to the works of architects Inigo Jones, Domenico Rossi, and Andrea Tirali. The style appealed to aristocracy and is apparent in the famous Queen’s House at Greenwich.

Neo-palladian style, which means a resurgence of palladian architecture, spread to Ireland and North America in the late 17th century and early 18th century. Architects used the grandeur designs for mansions, college campuses, and government buildings.

There are many influential Palladian-style buildings in the United States. These include The White House, Thomas Jefferson’s first Monticello, The Virginia State Capitol Building, and the Redwood Library in Rhode Island.

While it can be hard to differentiate the two, neoclassical style has more playful or ornate details, while Palladian style has a streamlined look.

The Queen’s House at Greenwich

The Queen’s House at Greenwich is one of the first Palladian-style buildings in England. Inigo Jones designed it, and it was built between 1616 and 1635.

The Banqueting House at Whitehall is a project by Inigo Jones, the English architect responsible for helping Palladian architecture catch on throughout England.

The White House is a combination of Palladianism and Neoclassic style. It features symmetry in its design and carries the traditional temple front supported by columns.