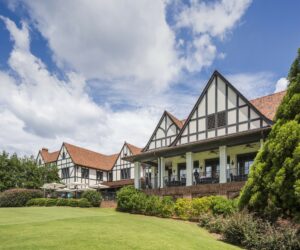 Love Homedit? Follow us
By Rachel Brown | Published on Jan 18, 2023
of 1
A Look at Beaux-Arts Architecture: Its History and Style
Buy Now

Beaux Arts architecture was a building style popular in France from the 1830s until the early 20th century. The style later became prominent in the United States and parts of Europe.

The Beaux Arts style marked a period of prosperity brought about by the industrial age. The style remained popular until the economic decline of the Great Depression.

The Rise of Beaux Arts Architecture

Beaux Arts style originated in the Ecole des Beaux-Arts in Paris, a prestigious French art school that taught painting, sculpture, and architecture. The school emphasized the principles of Neoclassicism.

Teachers within the academy campaigned to develop a French national style using the principles of Neoclassicism and elements from the architecture of the Middle Ages and Renaissance. As a result, the blended architecture became the national style of France.

Beaux Arts architecture made its way to the United States and some parts of Europe through prominent American architects like Richard Morris Hunt and Henry Hobson Richardson. These men were the first architects to study in France.

Many architects from the United States followed in their footsteps and began popularizing the classical forms of the Beaux Arts style. Some famous Beaux-Arts architects and firms include McKim, Mead & White, John Russell Pope, and Cass Gilbert.

Architects used the Beaux Arts style to build grand public parks and buildings with order and balance. One of the most notable City Beautiful designs is the Civic Center complex in San Francisco.

The booming economic environment of the United States in the late 1890s created an environment suited for Beaux Arts style architecture. Historians call this period the Gilded Age in the United States, which followed the period of Reconstruction and lasted until the Great Depression.

Beaux-Art architecture suited the monumental and elaborate architecture of the Gilded Age. City planners and architects concentrated most of this architecture in the United States in major urban centers and resort communities for the wealthy.

Beaux Arts architecture features elements that set it apart from other styles for both the exterior facade and interior rooms.

Decline of the Beaux Arts Style

Beaux-Arts design fell out of favor in the United States during the 1920s. Changing tastes in architecture and new economic conditions caused this decline.

Because of the Great Depression, there was less tax revenue and personal income to invest in new buildings. Also, many in the American public associated the Beaux Arts style with overindulgence and excess. New streamlined movements like the Art Deco style were more suited to modern tastes. The Art Deco movement utilized emerging technologies and materials and exhibited hope for the future.

Notable examples of Beaux Arts buildings exist in Europe and the United States.

The prominent architecture firm, McKim, Mead & White, designed Pennsylvania Station and completed the building in 1910. The Beaux Arts station featured a colonnade with columns of the Doric order.

McKim, Mead & White also used St. Peter’s Basilica as an inspiration for the design with a large central dome. Penn Station had the largest interior area in New York City, with expansive waiting rooms the architects modeled on Roman bathhouses.

The Grand Palais in Paris is an exhibition hall and museum on the Champs-Elysees. This building has a classical stone facade and Art Nouveau ironwork. The elaborate symmetrical facade features a central entrance with columns supporting a large arch. It has ornate roofline sculptures with other decorative friezes and frescoes.