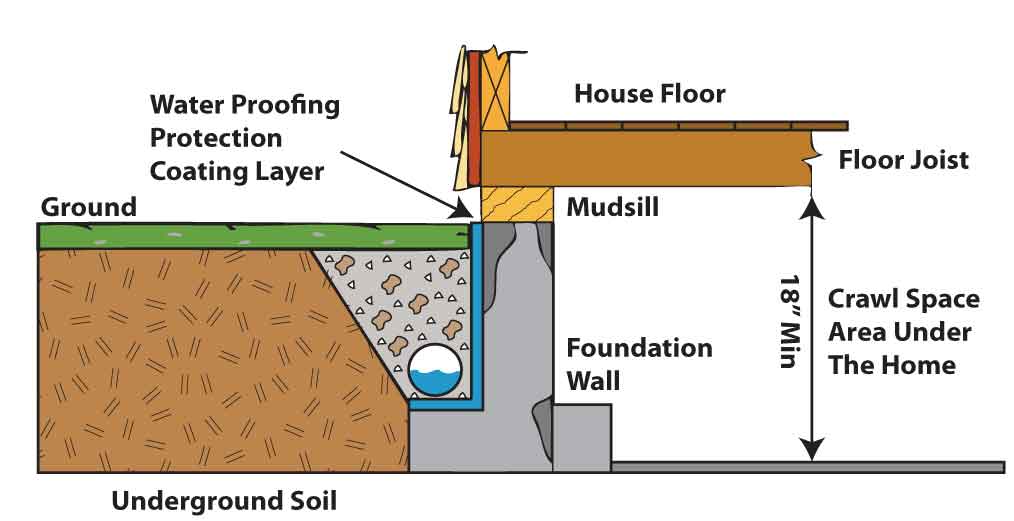 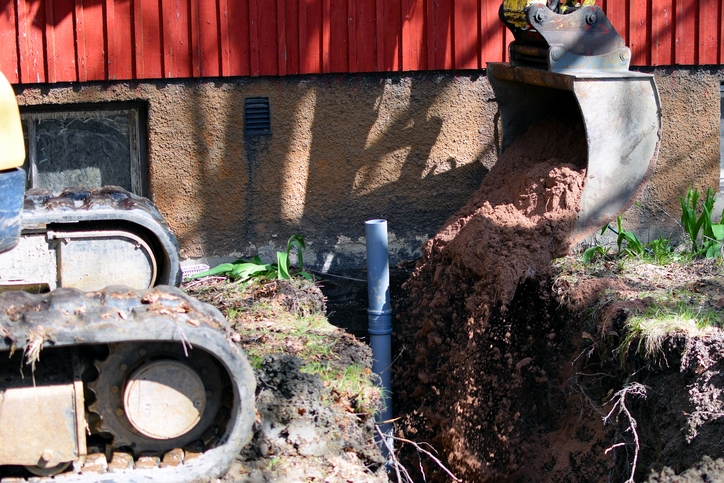 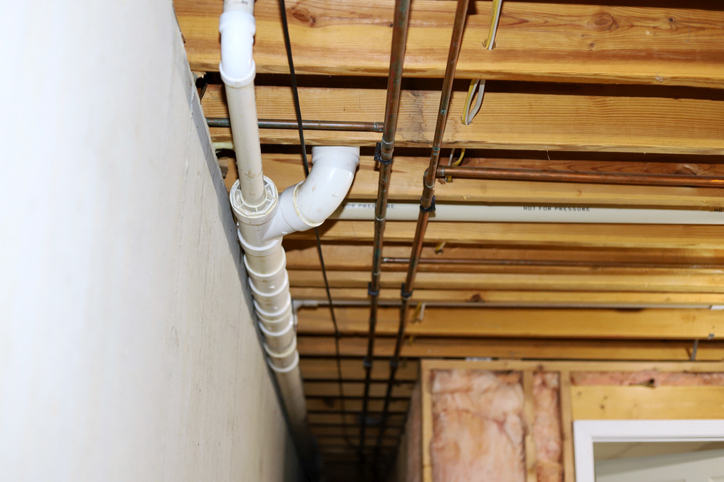 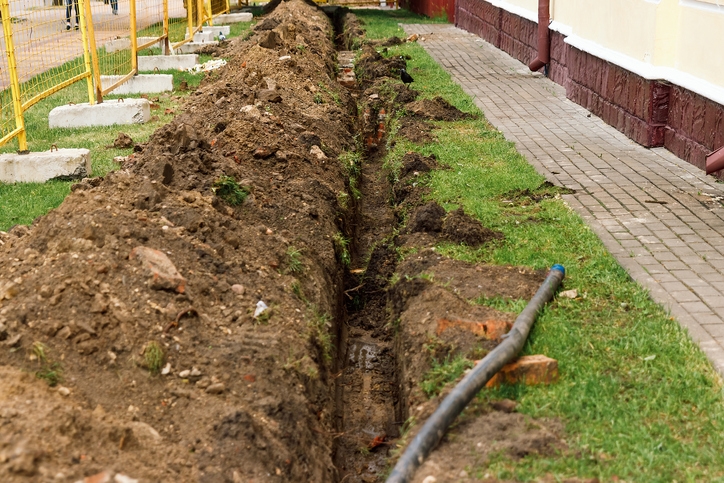 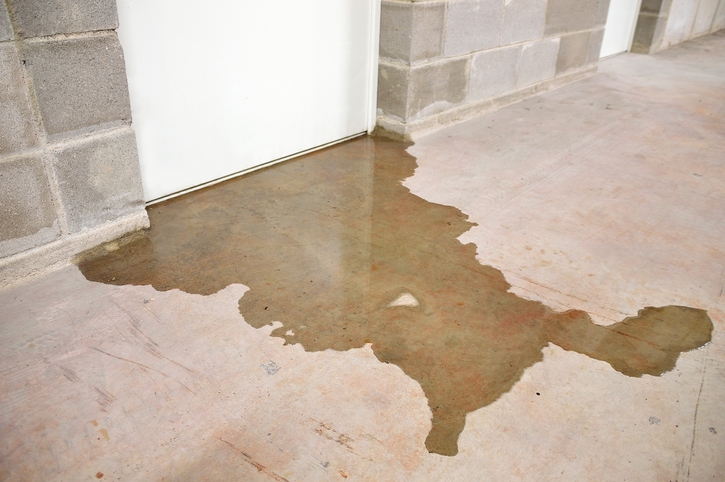 There are a few types of draining systems for your yard but they all link back to a drain tile system. This system is a very old and effective way to keep water from entering your home, even your basement!

Before we begin, know that the word “tile” is loosely used here. The term comes from the origins of the system. Today, pipes are made from PVC or another plastic rather than the clay tiles that old drain tiles were made from.

What Is A Drain Tile System?

A drain system is a way to help groundwater irrigate to a specific area and keep it away from basements and crawlspaces. Not all houses have drain systems but many of those that need them choose a drain tile system.

Drain tile may sound like some sort of tile that helps drain water, but it isn’t actually tile. Not in the way that ceramic tile is tile. Instead, it’s a perforated PVC pipe that is buried beneath the foundation of a house.

It collects water before it can enter any basement or crawlspace then sends it to a drain field or another type of area used for wastewater.  It isn’t always buried though and can be found outside of the home.

Drain tiles have been used for thousands of years and were discovered around the same time that the first irrigation systems were discovered. The Egyptians and Babylonians both used drain pipes as a means to water their crops.

During this time, the pipes actually were made from tile, clay tile. But it wasn’t until the 1800s that agriculturists and more began using those same clay tiles to create a drainage system in America.

If you live on a hill or near one and you happen to be on the upper side of that hill, then the drain tile will direct water down this hill. If you don’t, then it will be directed to a sump pit or sump tank instead.

From there, the water is pumped out into a drain field where it can safely sink into the ground. The pipes that direct the water are usually made from plastic and are PVC. These PVC pipes are usually crush-resistant and perforated.

An alternate type of pipe would be a flexible pipe that allows more control over where the pipe is placed and works better with lots of turns. Because the snake pattern drains better than multiple right angles.

It’s important that the majority of the drain pipe is a few feet underground. If this isn’t possible then other options are probably better. Check out septic systems for private homes and how they work for more info.

Why Is A Drain Tile System Important?

If you have a concrete, CMU, or brick foundation, then there’s a good chance you won’t have a choice as to whether to get a drain tile system or not. Because many regions require you to have one with these foundations.

However, if the foundation is installed on well-drained soil acting as a natural drainage system, it may pass the test. If this is the case, it won’t be necessary, but you may still want to add one just in case.

If you have a drain tile system, the chances of flooding and leaks in the home are far less. And it is much easier to install the system when you build your house as opposed to whenever you run into a problem with water.

You can’t necessarily install a drain tile system under your foundation by yourself. You will need to hire professionals for that job. What you can do, is install a drainage system afterward for your home.

This simple drain tile installation guide can take you through the primary steps of installing a simple drainage system. You will need a downspout attached to the system and the main line. After that, you are good to go.

Dig a trench in the area that you have marked for your pipe. You will need a large area for the dry well and the overflow tube. The rest will be a trench that is about a foot wide and a couple of feet deep.

If you can’t get through the soil you are digging at you might need to dig around to find soil that will work, even if the trench is a little longer than anticipated. You will need to slope the trench no matter what.

Related: What Is A Dry Well? A DIY Drainage System

Knock out the perforated circles in the drywell. This is where the pipe will be let in. in the sides of the dry well. You may need to score it before you knock it out with a hammer. Then you can begin assembling it.

The instructions should be quite clear. You will assemble it as you would a piece of furniture. Each piece goes together, then the lid on top of the round barrel. Followed by the drain pipe cover which allows access.

Finally, add a weed barrier to the hole and cover the drywell with it. Then, lower the drywell into the hole. After that, you need to connect the pipes and start laying the drain tiles or French drain into the trench.

You want to make sure you add a few inches of gravel over the base of the trench. You can get by with a couple of inches but three to four inches is recommended. It is also recommended to add a weed barrier on the bottom.

You can use almost any type of gravel but a simple medium to small-sized gravel will do. Pea gravel is a good choice but as long as the gravel isn’t porous or easily broken then it should be good. Also, gravel that isn’t sharp is ideal.

Related: How To Implement A Swale Drain

Now you want to cover the tubes in a weed barrier before you place them. After you do this, you can place the pipes in the ground and attach the downspout to the main drain line. Then cover it with gravel.

Then attach the pipe to the tank where directed. After this, all you need to do is add gravel where you don’t want the pipe to move and fill the rest in with dirt. For French drains the top layer is usually filled with gravel.

Gravel is easier to remove in order to reach the pipe but either works as long as the weed barrier is in place to keep soil out of the perforated holes of the pipe. Just don’t forget to add a cover to the end of the pipe!

There are many ways to finish off a French drain or drain tile system. After you fill it up, you can add gravel to create a pretty dry creek bed, which can look amazing and magical like a woodland forest.

Or, you can add sod, which will work well if you don’t want to have to plant grass that will cover the drain. With some types of sod, you can remove it anytime to check on the drain or make pipe repairs.

Even if you do have a simple system in mind, hiring a professional is your best option. They can get the job done in no time and the host is almost always worth it. Make sure you check for reviews before hiring someone.

It’s important that you hire a good company or contractor to do the job. Ask for references and compare quotes before deciding on who to hire. You can ask your realtor or general contractor for contacts as well.

This is just as important as painting your walls or hanging lighting. It can be even more important because it isn’t just visual. It will affect your quality of life and prevent problems in the future. So make it count.