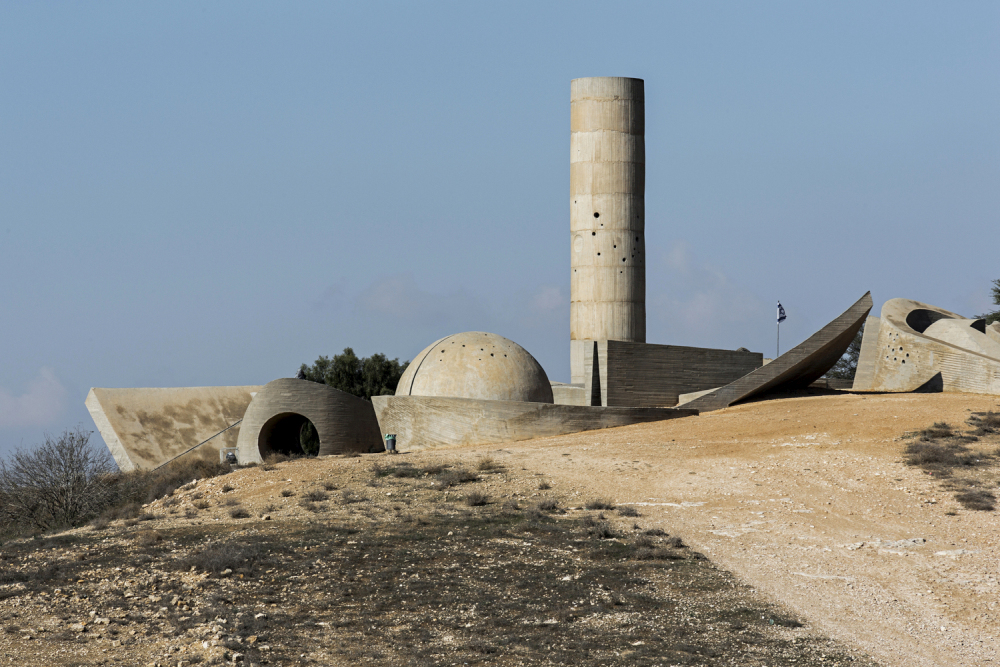 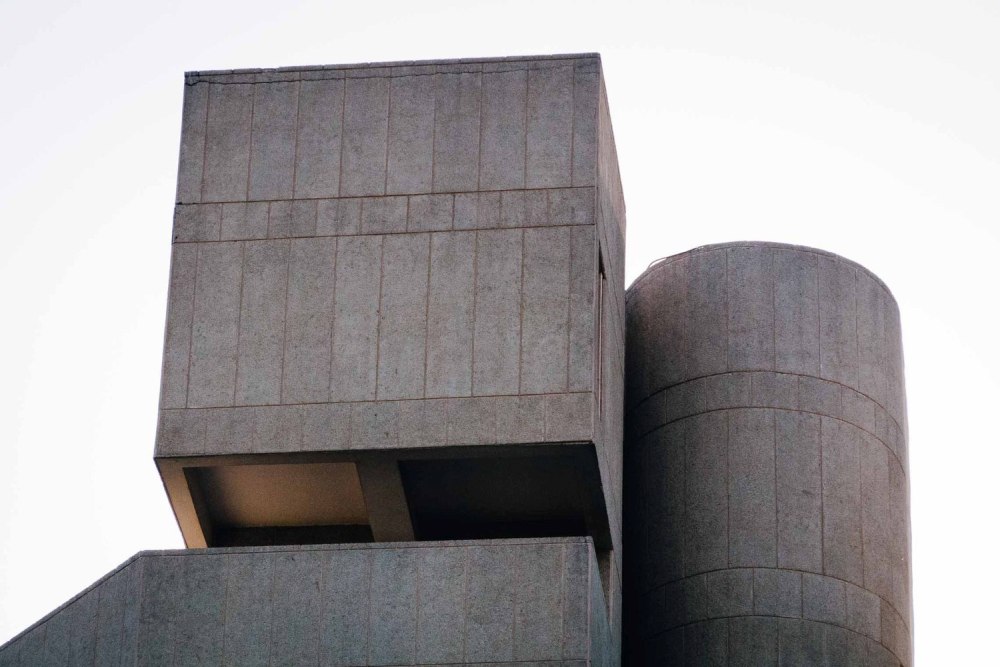 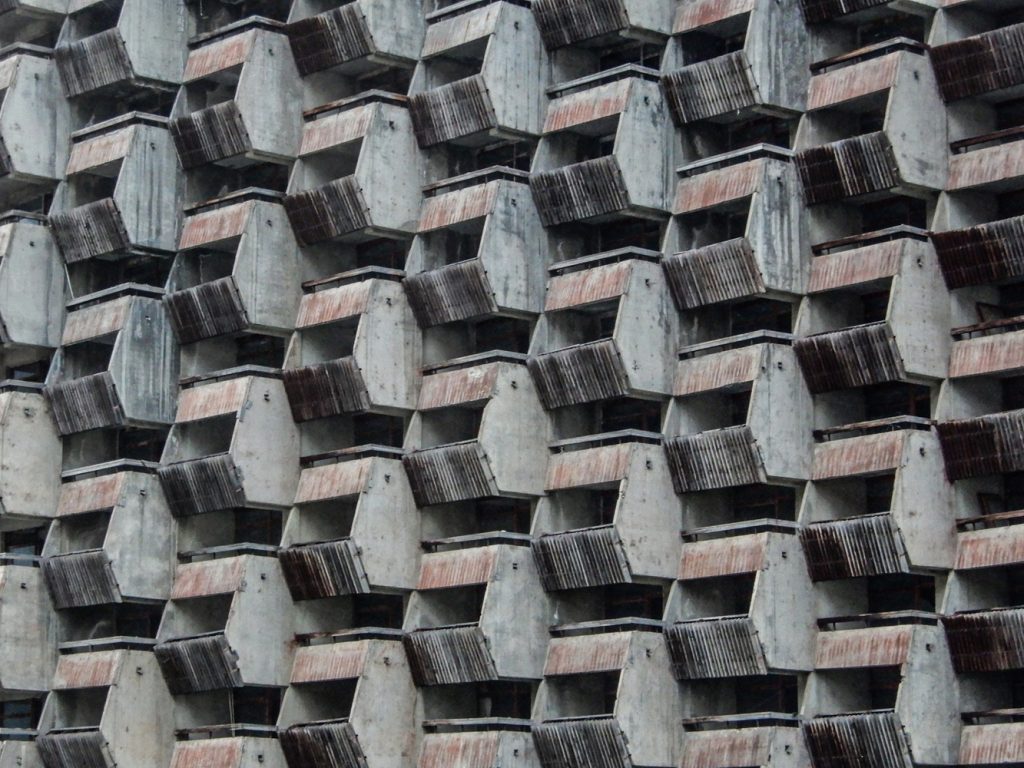 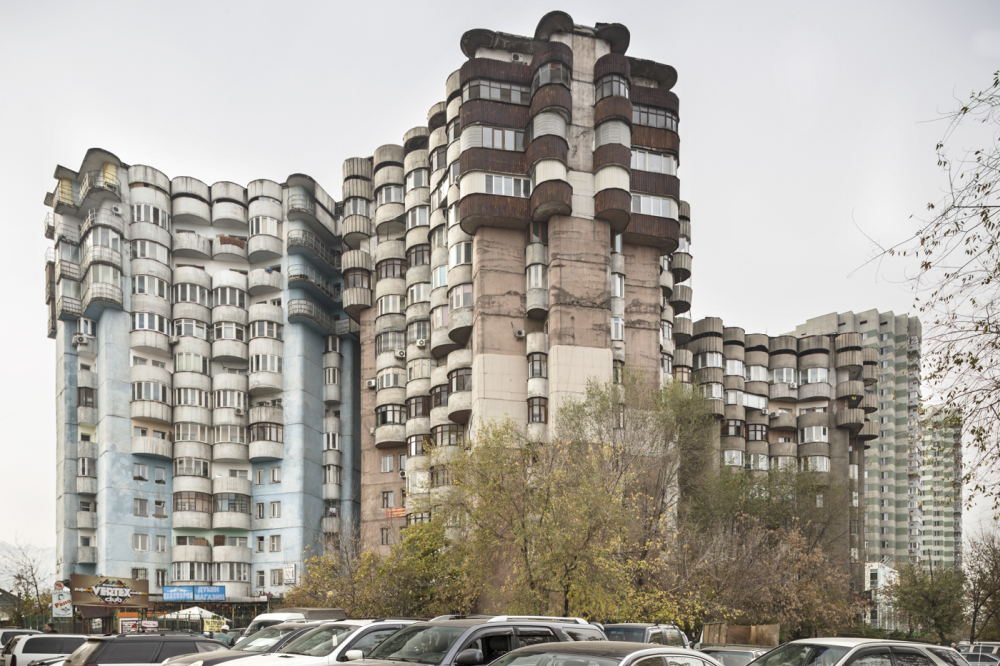 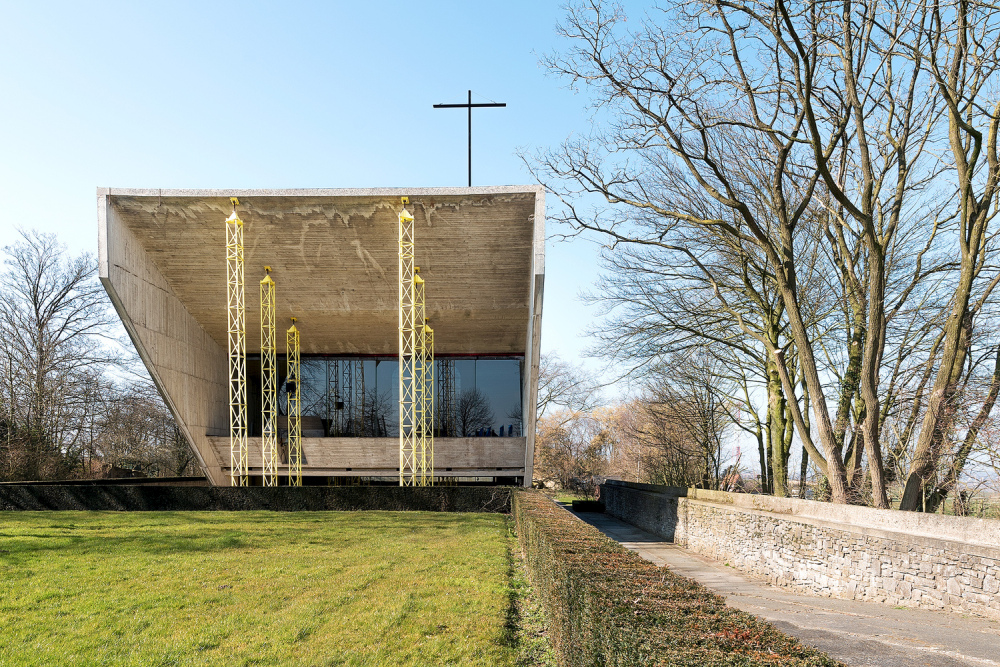 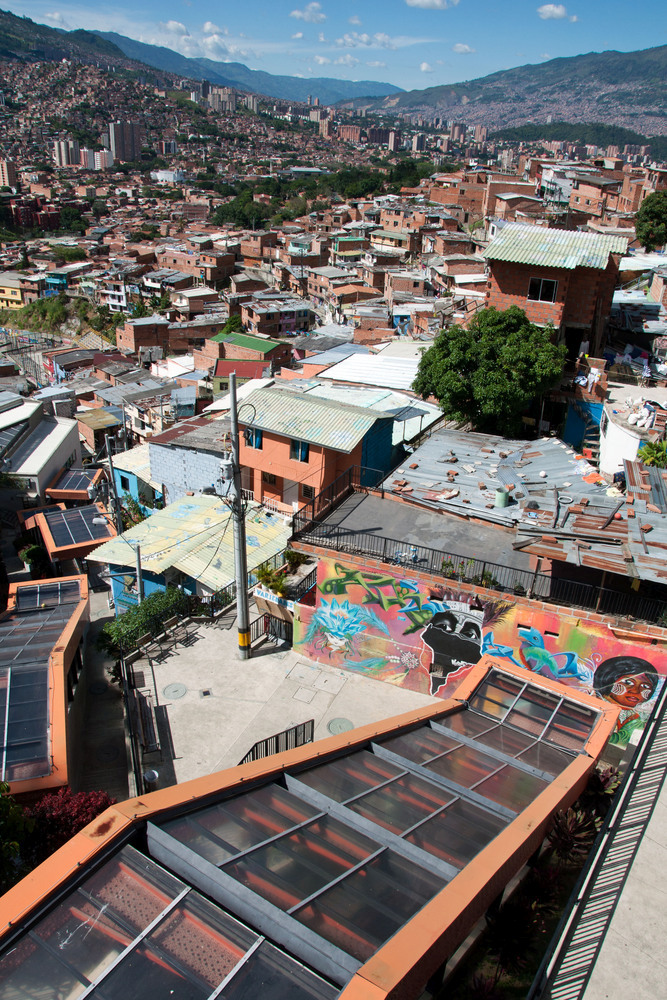 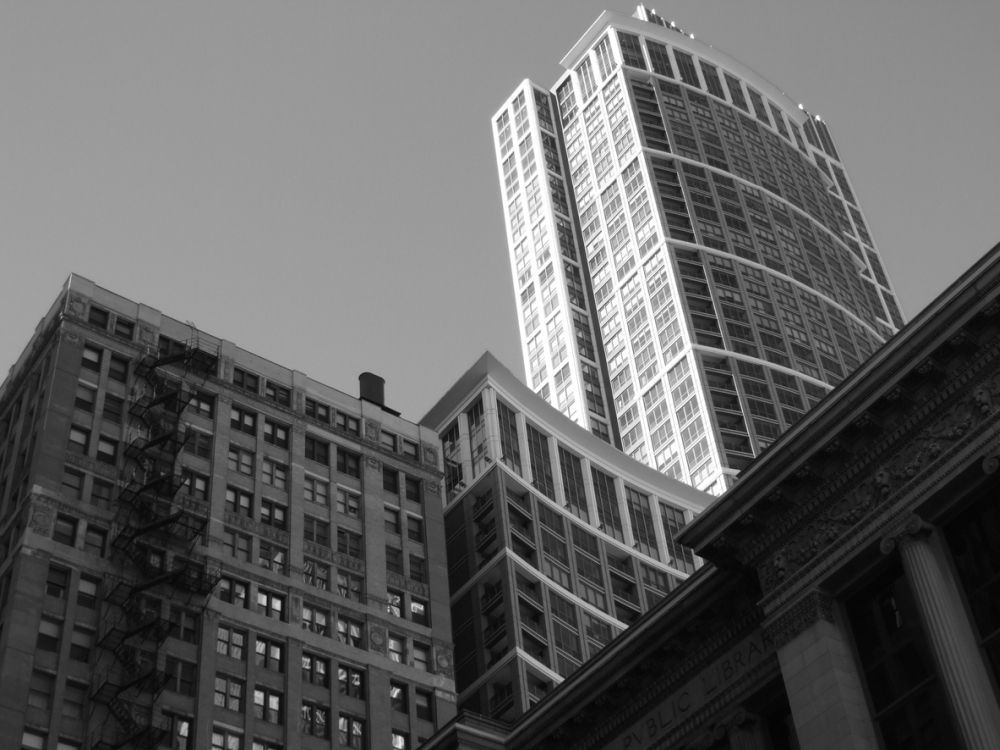 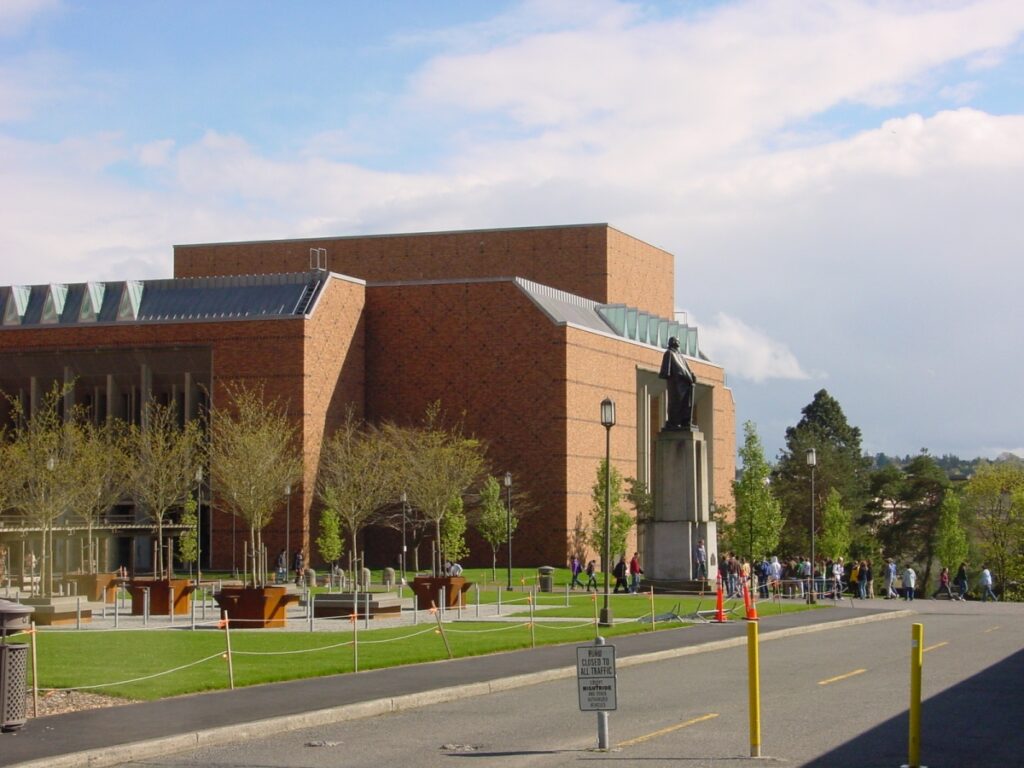 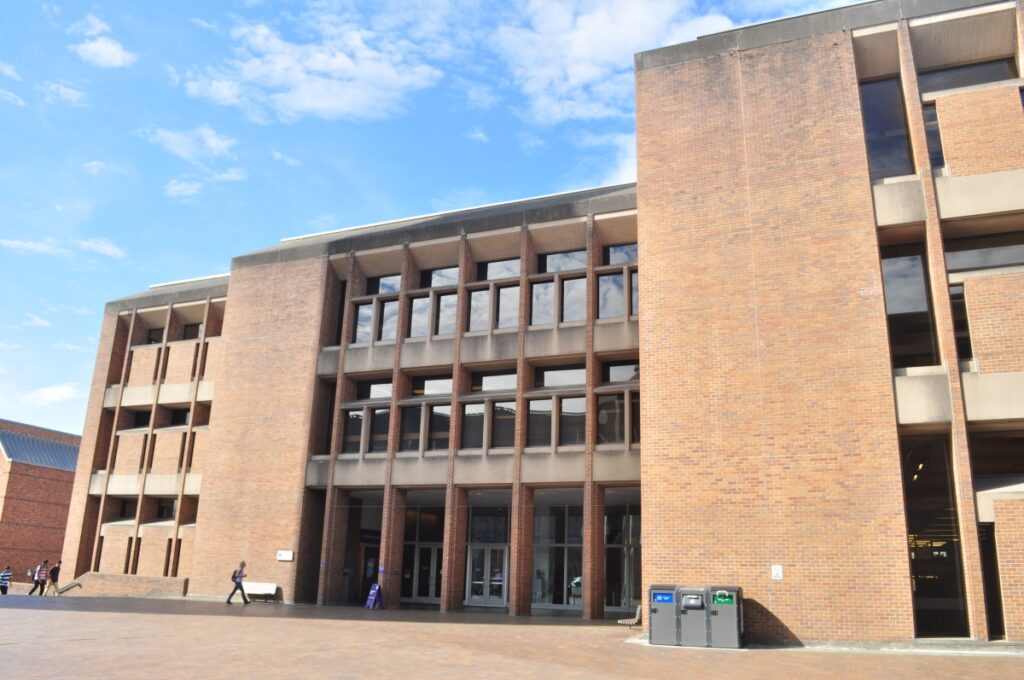 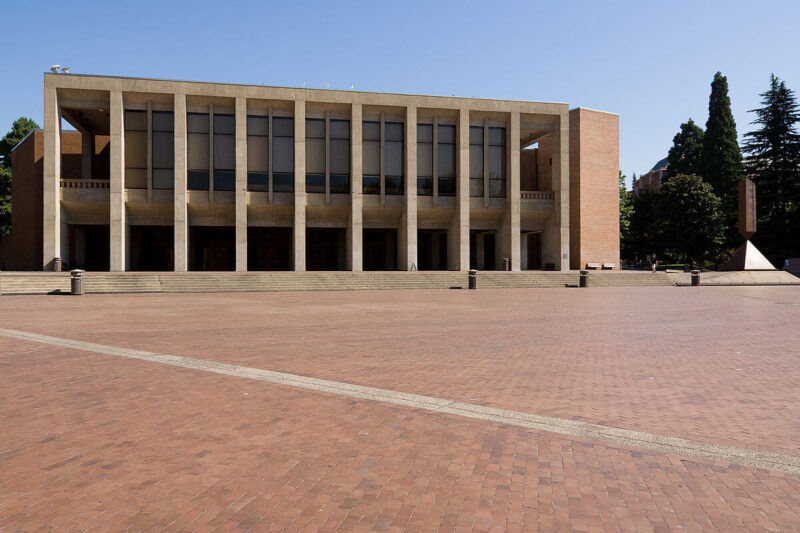 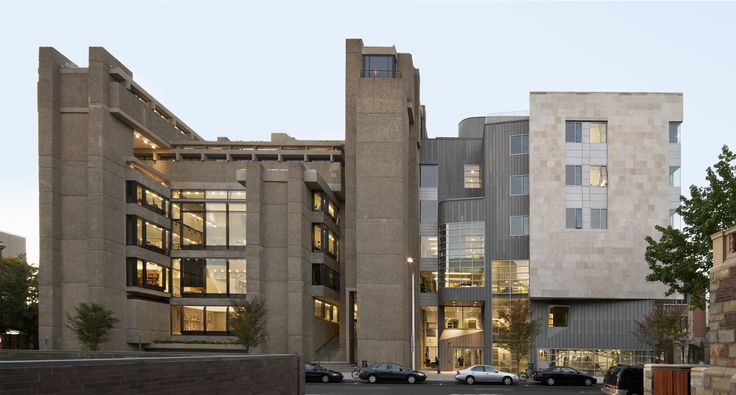 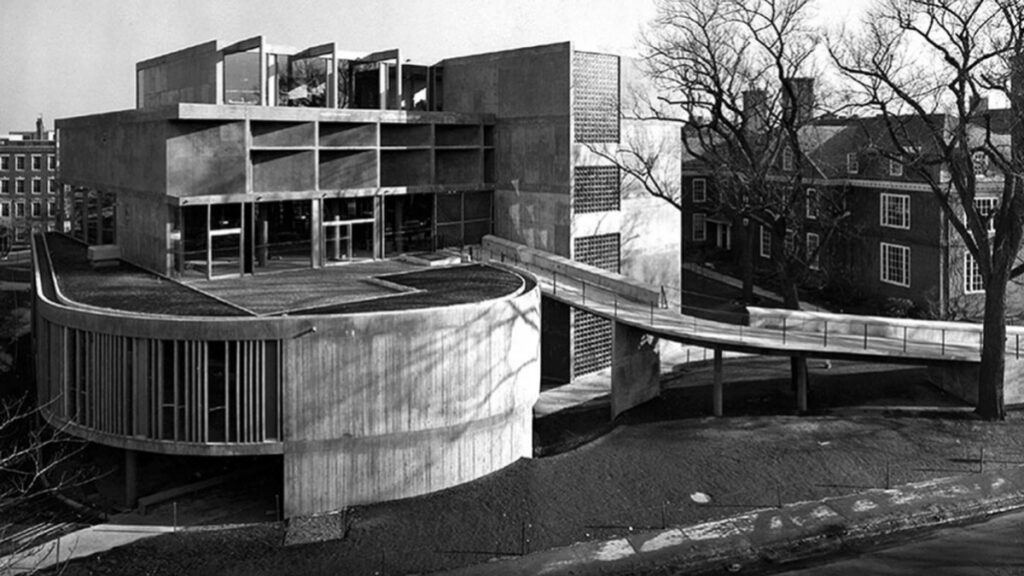 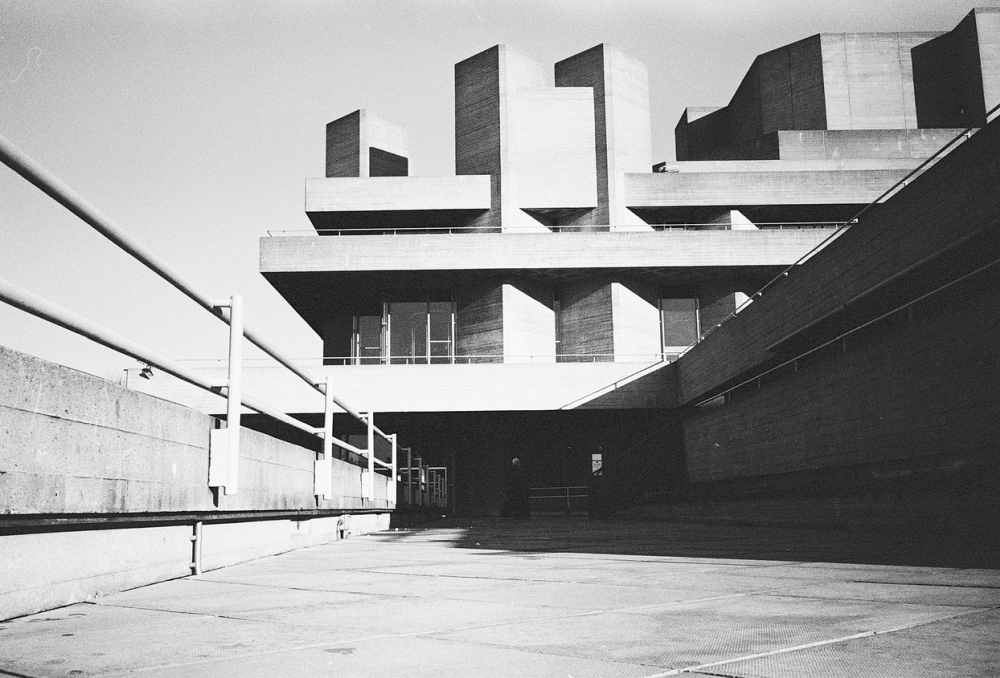 Brutalist architecture is everywhere. There’s a chance you’ve seen and been inside a brutalist building. However, you may not have known its design classification. Brutalism remains the last significant architectural movement to hit the US.

Before brutalism, America was captivated by Bauhaus styles. Bauhaus buildings feature materials like glass, steel, metal, and brick. Brutalist buildings only use concrete or brick and very little glass.

What Is Brutalist Architecture?

Le Corbusier was the father of the brutalist movement, which emerged in the 50s. The style was embraced in western countries, and by the 70s, brutalist buildings could be found in most cities and on college campuses. As a design movement, it was centered on a harsh aesthetic featuring rough, bleak surfaces and non-traditional geometric shapes.

Famous examples include government buildings like Boston’s City Hall, Genex Tower, or the Pirelli Tire Building, which are made of concrete and have odd-shaped windows.

The architectural style is often used as a backdrop in dystopian cinema due to the utilitarian nature of the buildings.

As renewed interest gains momentum, many see the style as a form of maximalist architecture due to the large framed buildings.

Let’s look at a few characteristics that define the brutalist style.

Concrete is the most important component of brutalism. Other materials can be used, such as rebar, but most of the structure will consist of reinforced concrete or CMU.

When the movement first emerged, concrete was rare. The material was considered high-end and modern.

Brutalism has its artistic merits. Unlike the earliest examples, today’s brutalist buildings aren’t all about reinforced concrete, rebar, or rough surfaces.

Overhangs may not be a constant, but they’re not uncommon. Unlike a pyramid, where the bottom is bigger than the top, brutalism architecture flips this design, starting small and ending large.

Brutalist buildings do not rely on color schemes. They are monochromatic. Their lack of color makes them easier to film, which is why they’re used as backdrops in movies. The architectural style is also synonymous with dystopian landscapes.

Brutalist Architecture On US College Campuses

Every college campus in America has at least one brutalist building. US college campuses embraced brutalism architecture because the buildings were cheaper and easier to build.

One unconfirmed theory behind the style’s widespread emergence is how the buildings suppressed student protests.

Here are some examples of Brutalist-style buildings on famous college campuses.

The man responsible for the brutalist movement was responsible for one US construction project – the Carpenter Center for the Visual Arts at Harvard University. Le Corbusier designed and built it in the 1960s. He intended the multi-story ramp to serve as a metaphor for open dialogue between art forms.

Yale University’s Rudolph Hall is another early addition to the brutalist architecture movement in the United States. Designed by American architect Paul Rudolph, the nine-story building has 37 levels, and two of its floors are underground.

Located in Seattle, Washington, the University of Washington’s Red Square is a three-way monument to the brutalist school from the 70s.

The first building in the brutalist series was Kane Hall. Designed by Walker & McGough in 1971, the exterior is pure brutalism, while the interior is a different style. Narrow columns and recessed windows are trademark characteristics of brutalism architecture.

The second building is Odegaard Undergraduate Library. Designed by Wallace, McKinley & Associates, the library opened in 1972. And just like Kane Hall, the library features red brick and recessed windows.

The third building is Meany Hall for the Performing Arts. Designed by Kirk, Wallace, McKinley & Associates, the performance hall opened in 1974. The building’s lack of windows gives it a looming presence, but the interior acoustics are cleaner in buildings without windows.

Brutalism’s influence extends beyond government buildings and college campuses. When skateboarding peaked in the 70s and 80s, along with it came the advent of skateparks.

With concrete surfaces and odd shapes, the skatepark became a clever tribute to the brutalist movement.

Let’s take a look at a few skateboard parks that illustrate the architectural style.

Located in London, England, the Southbank Centre is known worldwide as a skateboarding hotspot. Opened in 1973, the building served as the foundation for the city’s skateboard culture. Without the building, skateboarding wouldn’t have developed the way it did.

Located in San Luis Obispo, California, the SLO skatepark is a 17,000-square-foot tribute to brutalist designs.

Let’s take a look at a few important works of brutalist architecture and how the style has impacted the world.

Although primarily a mid-century modern design, brutalism is still alive today. It fell out of favor during the 80s and was nearly non-existent in the 1990s and 2000s when it came to new constructions.

The name itself is enough to deter a lot of people. But the name comes from the French term for raw concrete rather than a brutal nature.

The small urban area uses every inch of its outside space. Located in Medellin, Colombia, the neighborhood is known as Comuna 13.

One of Belgium’s greatest architects, Constatin Brodzki, was a leading figure in the brutalist movement. He began his career in the 40s and rose to prominence in Europe. Brodzki later became a respected figure in American architecture.

Many Soviet and Asian architectural designs feature brutalist influences. Brutalist buildings erected in Uzbekistan during the 70s remain an integral part of the nation’s landscape. The color splashes featured on the Circus in Tashkent make it a brutalist treasure.

North Caucasus is known for its contributions to the art world. Across the region, statues stand on the side of cliffs. However,  Hotel Amanauz is in a different league.

Designed by Indian architect Achyut Kanvinde, the National Dairy Development Board (NDDB) opened in 1985. When most people think of India, brutalist architecture doesn’t come to mind. However, the architectural movement is a natural fit with the country’s geographic landscape.

Beersheba Divinity in Israel features bare concrete. It’s a place where crowds gather daily at the Statue of Israel, built-in 1948.

Arguably, the most popular film that uses brutalist architecture as a backdrop is the 1972 Stanley Kubrick film, “A Clockwork Orange.” The film’s exteriors feature Thamesmead Estate in Bexley, England.

Thamesmead Estate was one of the city’s specific functional zones. The architectural style served as a visual metaphor for a chaotic and crumbling world.

Why Is Brutalism Called Brutalism?

In 1950, Swedish architect Hans Asplund coined the term “New Brutalism.” However, it wasn’t until the mid-50s that the term became commonly known thanks to British author and architectural critic, Peter Reyner Banham.

Banham referred to the architectural style simply as “brutalism.” The term’s origins can be traced to French architect, Le Corbusier, who favored working with “béton brut,” otherwise in English known as “raw concrete.”

Brutalism died in the mid 70s. According to some, it’s making a comeback. In major metropolitan cities, buildings that were once considered undesirable are now more popular than ever. It has also been reported that South Korea, for example, is experiencing a “Neo Brutalist” movement.

Which US city Has The Most Brutalist Architecture?

Washington D.C. is home to more brutalist buildings than any city in America. The style is featured prominently because it is home to the federal government. For example, the headquarters for the Federal Bureau of Investigation (F.B.I.).

Brutalist architecture is a post World War II movement. The core tenants of the style are functionalism and monumental simplicity. Due to the high demand for urban reconstruction during the mid-way point of the 20th century, brutalism was born.

When brutalist architecture emerged, its impact on design was felt worldwide. The architecture movement flourished over half a century ago, but a comeback is underway.

When the architectural style was introduced to the public, it wasn’t embraced. Given the efforts and interests of the public today, the building style has found a new generation of admirers.