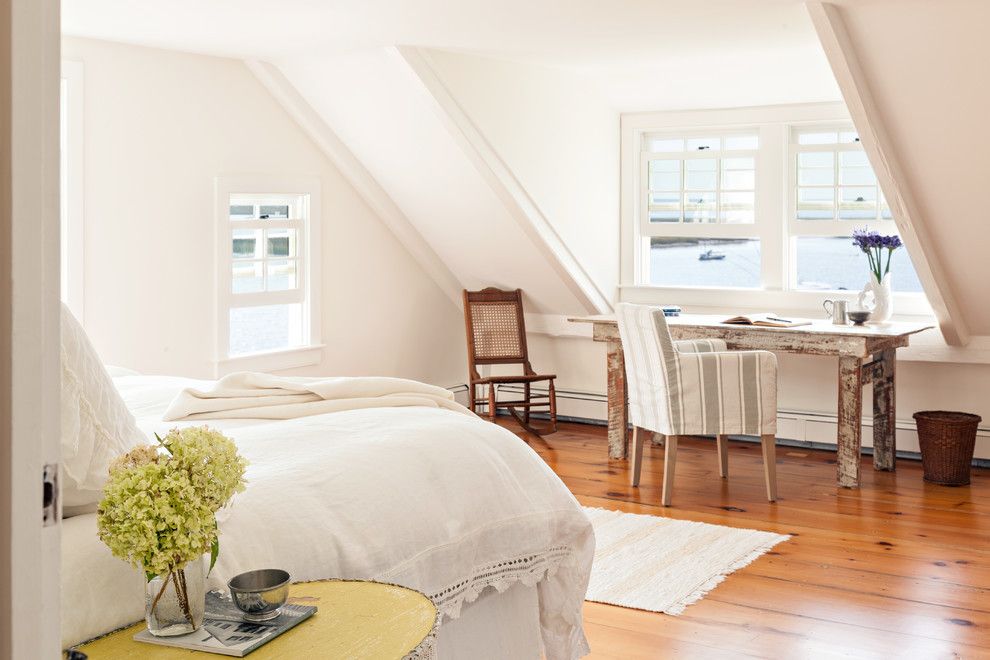 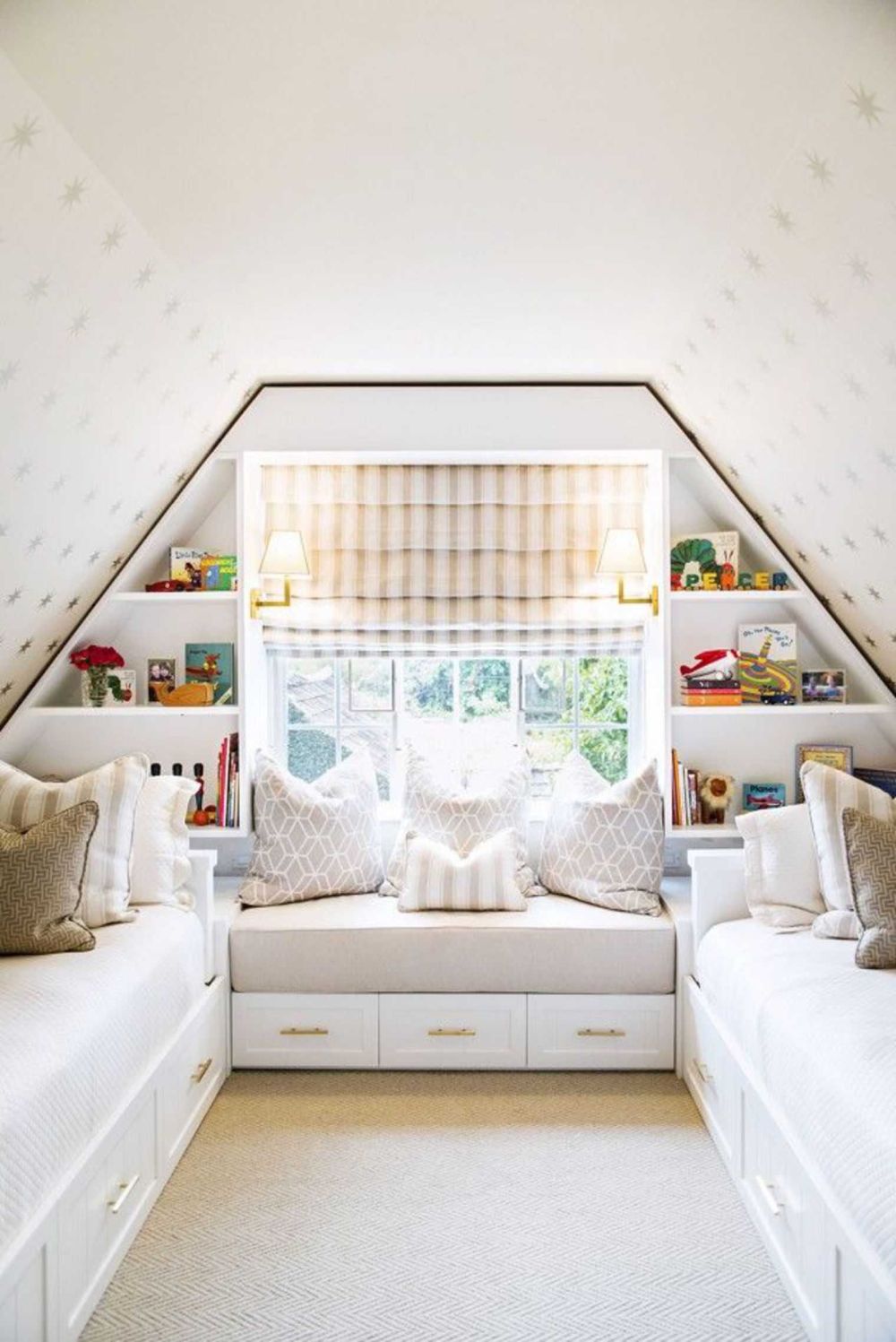 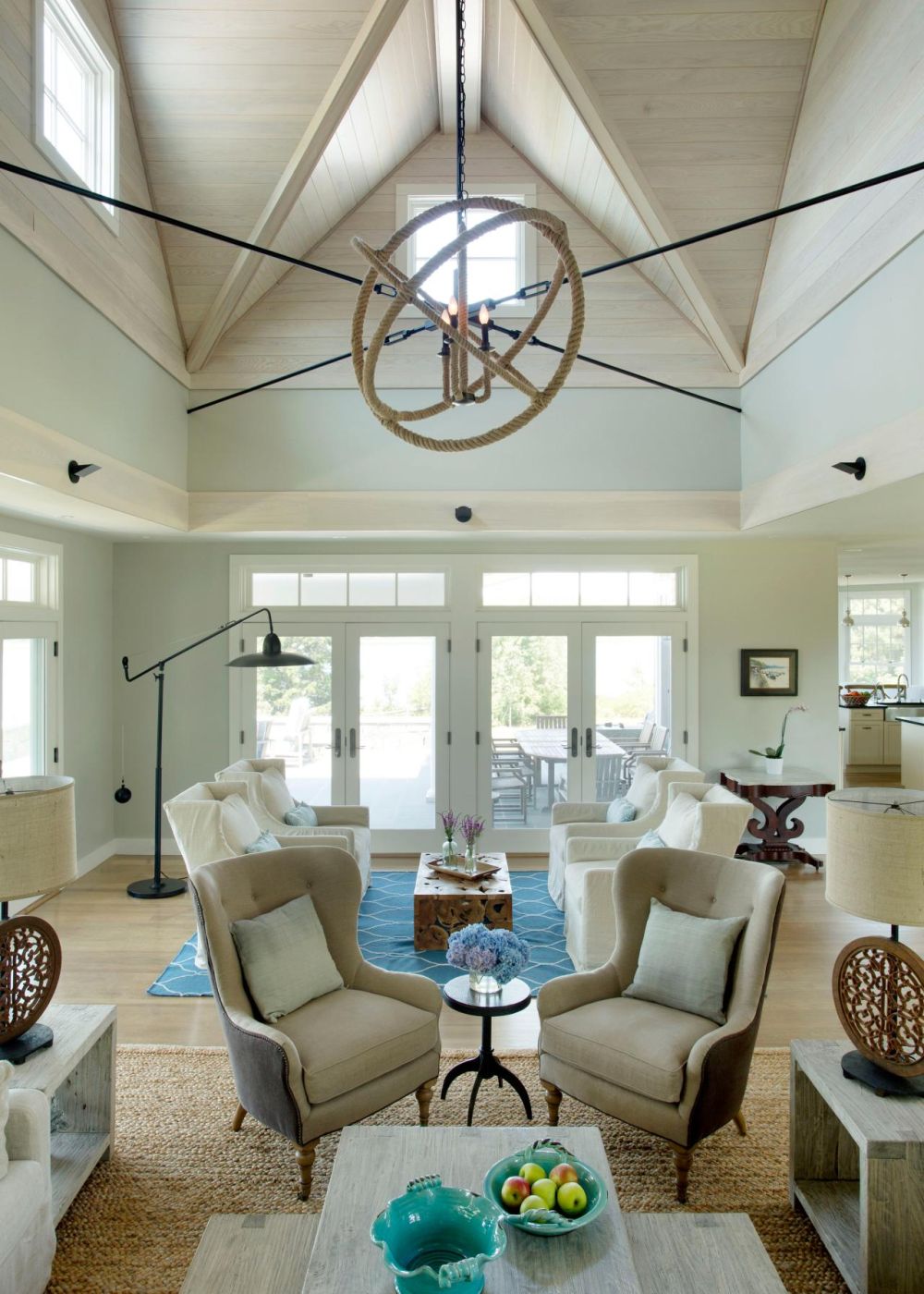 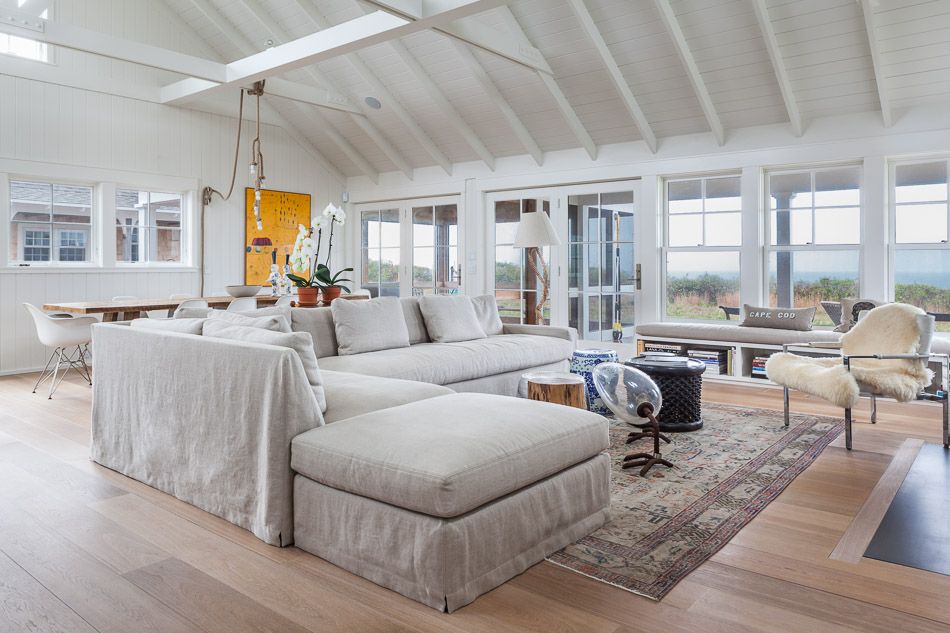 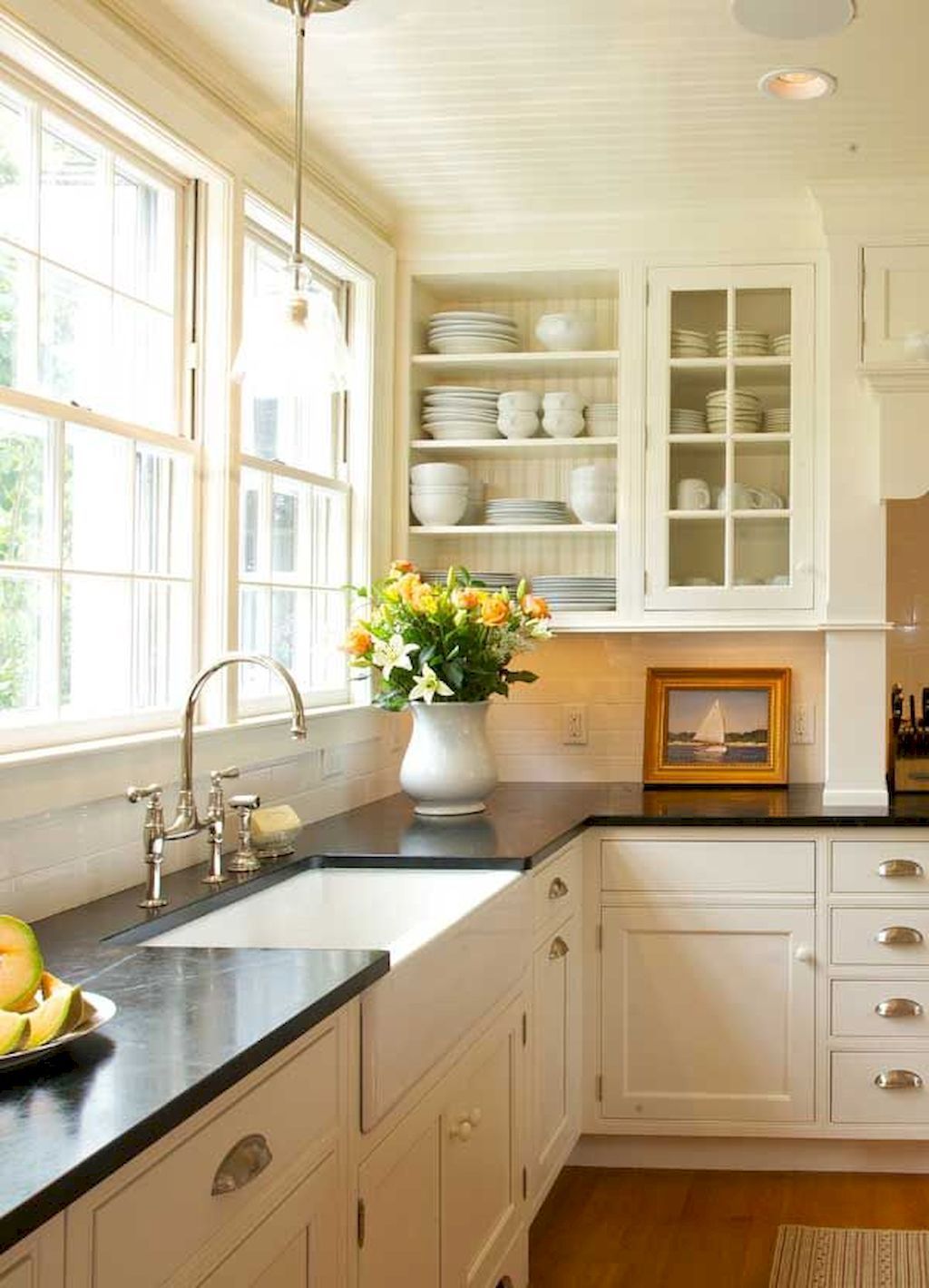 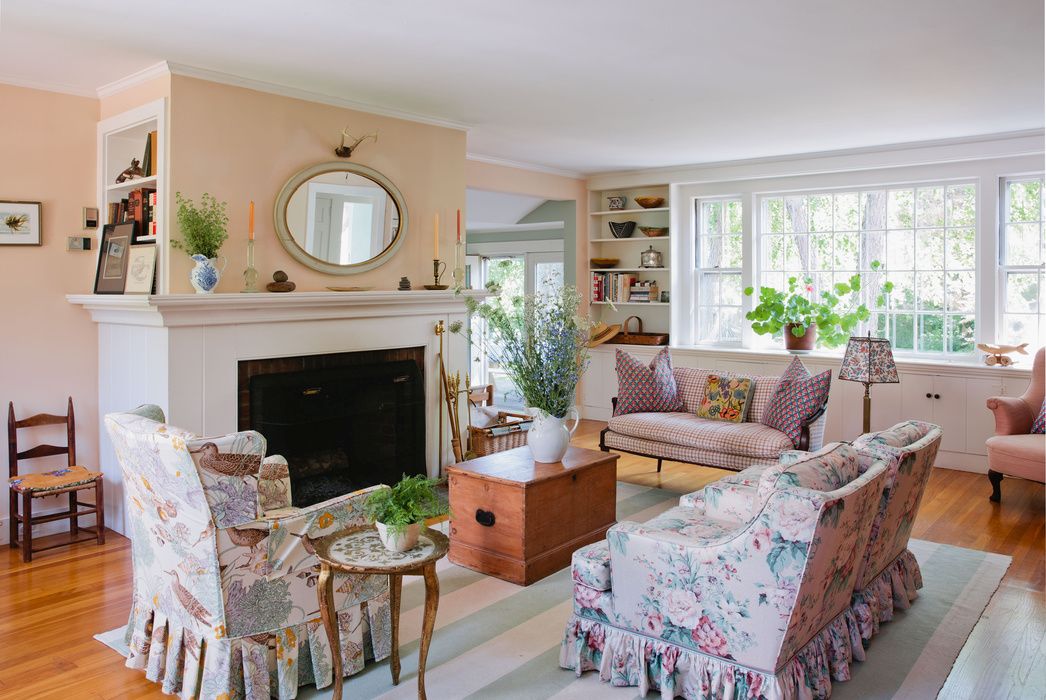 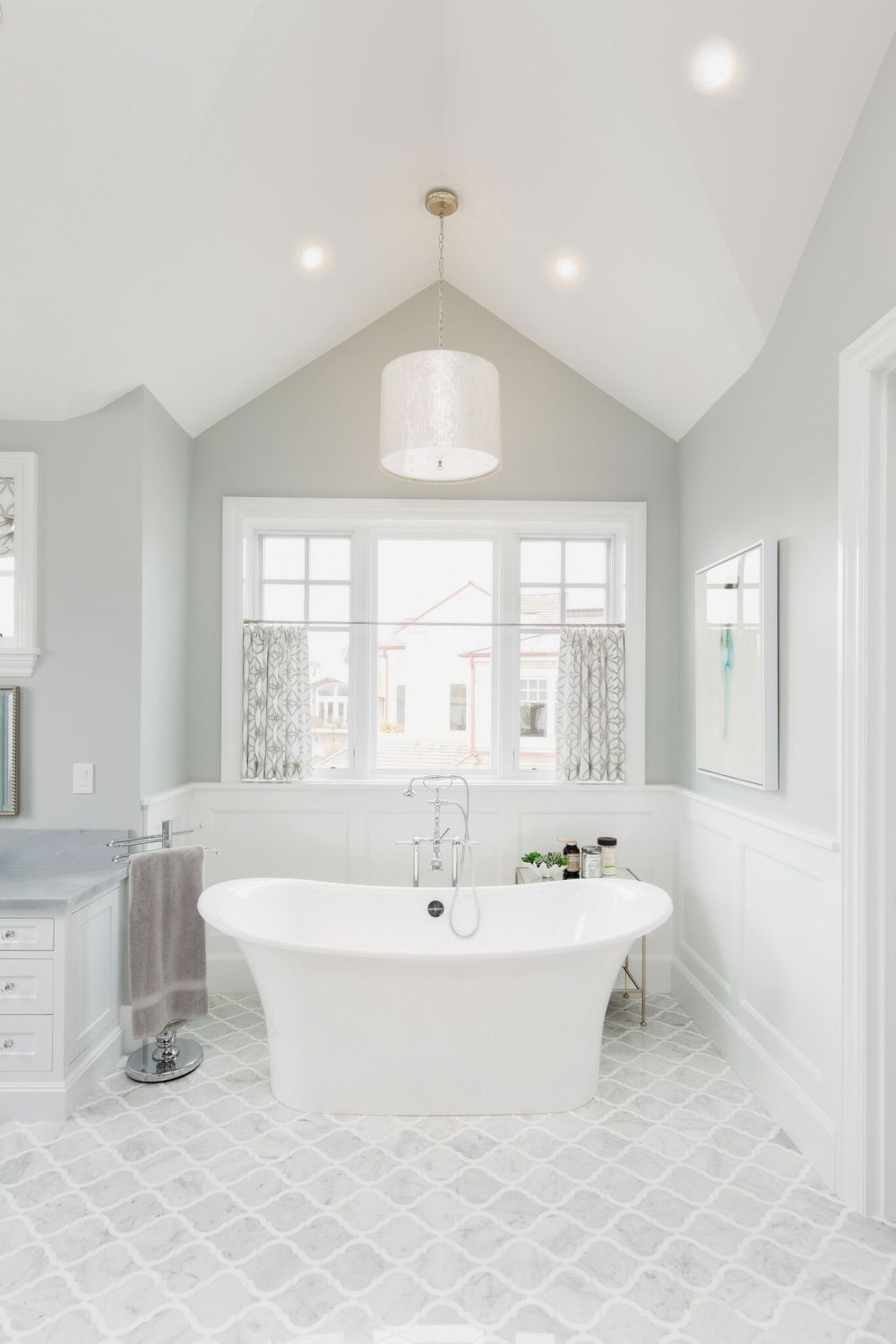 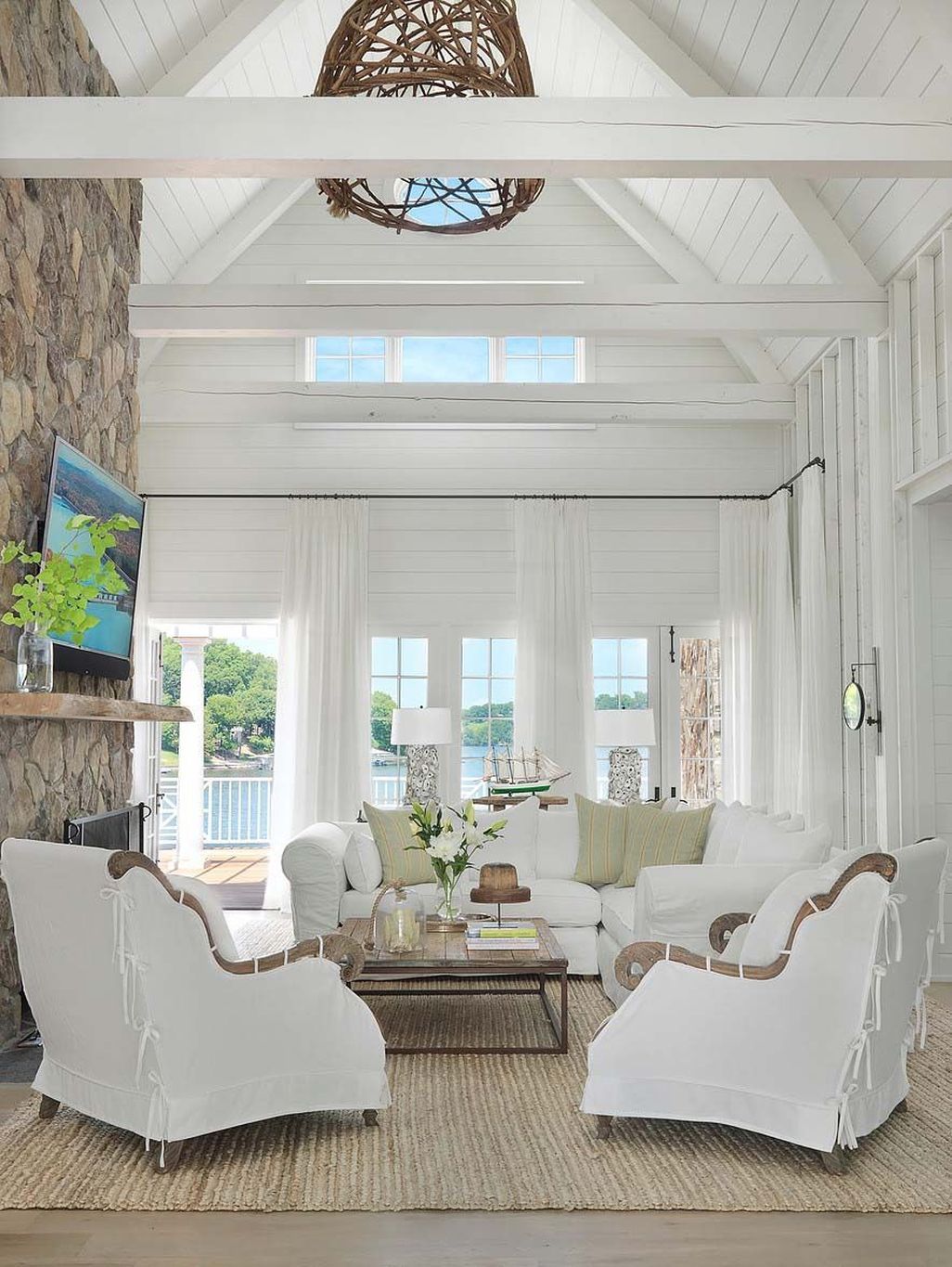 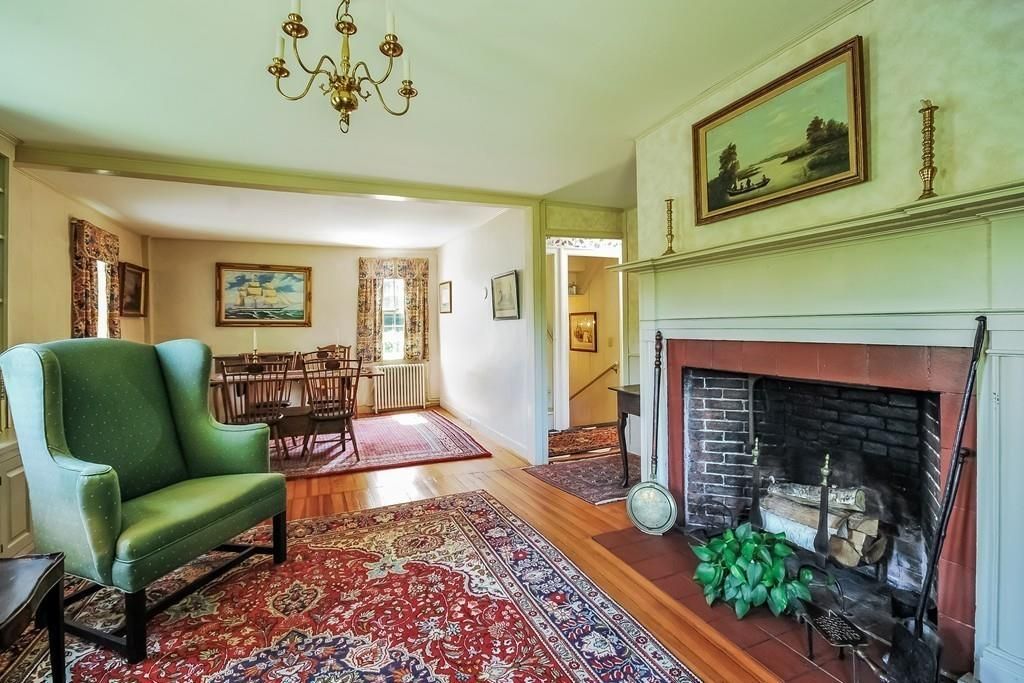 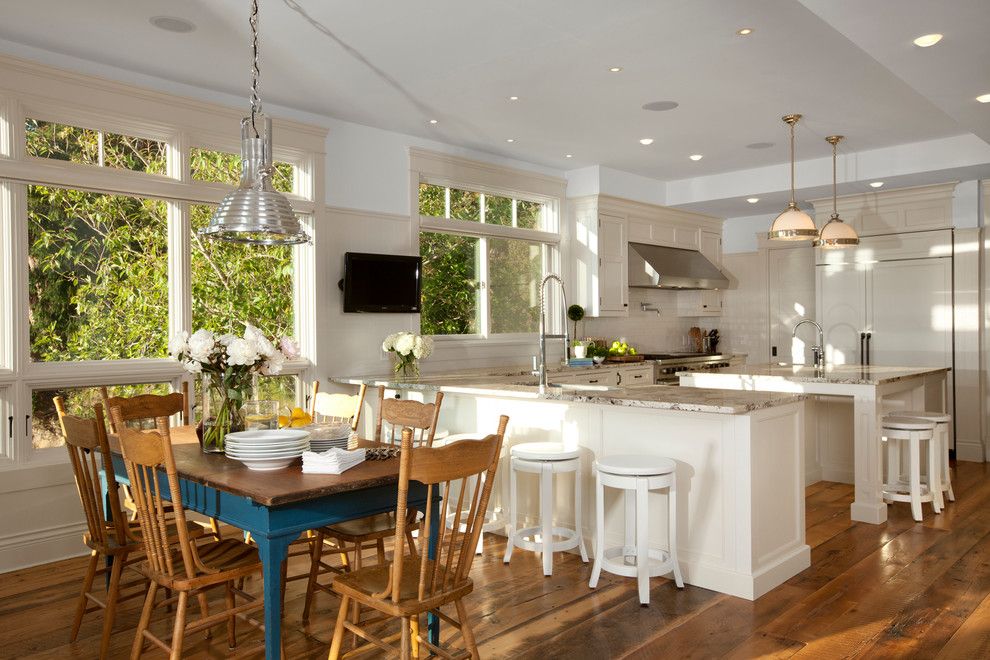 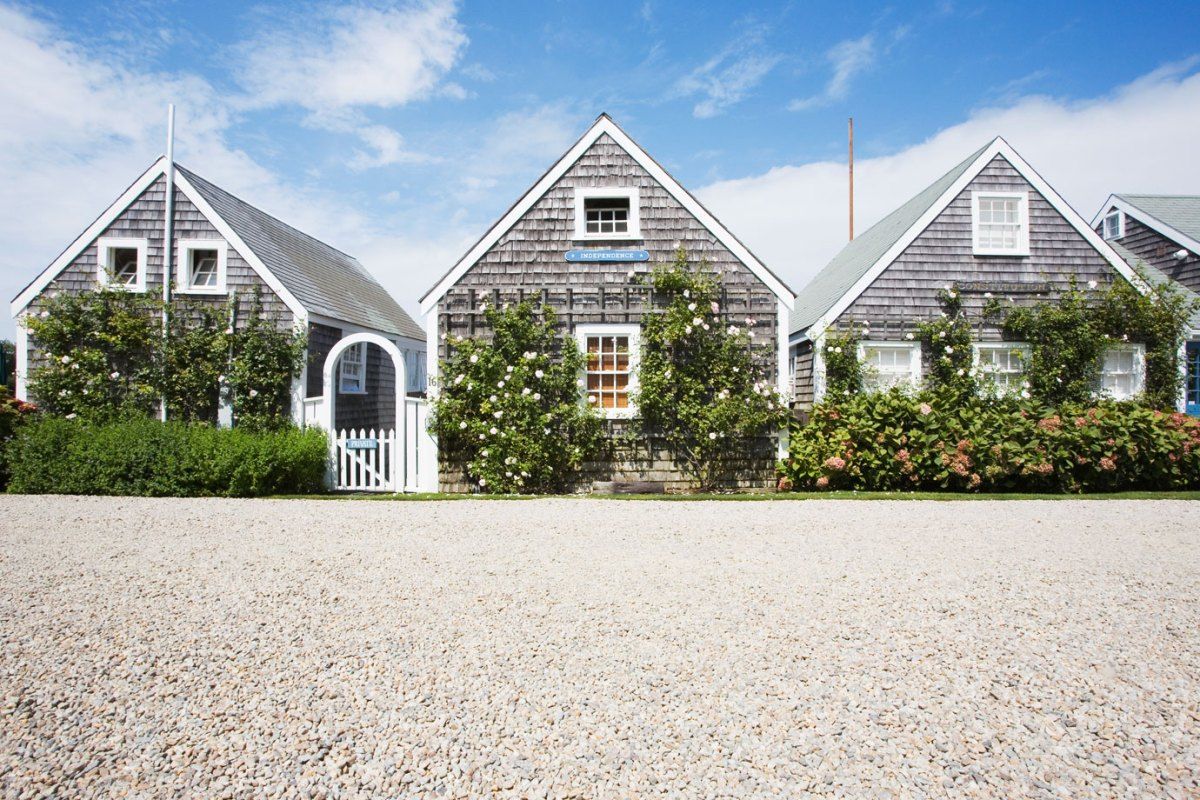 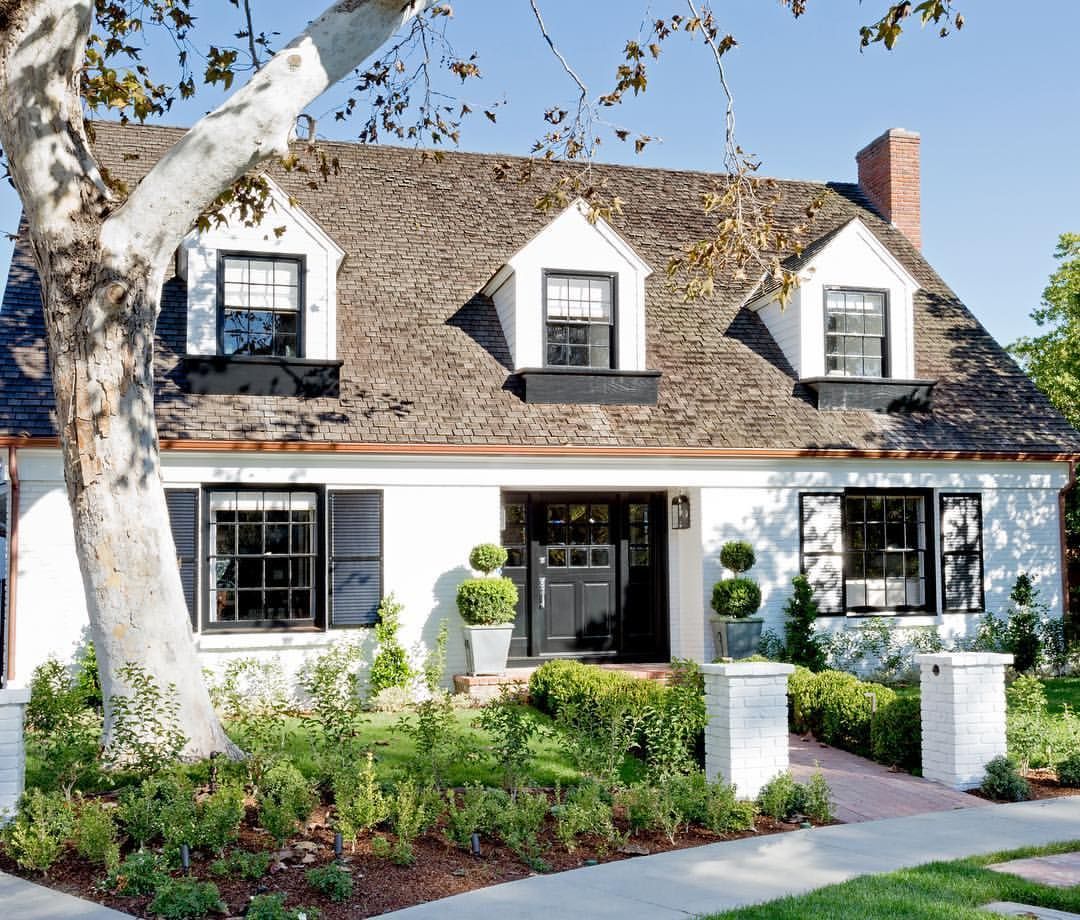 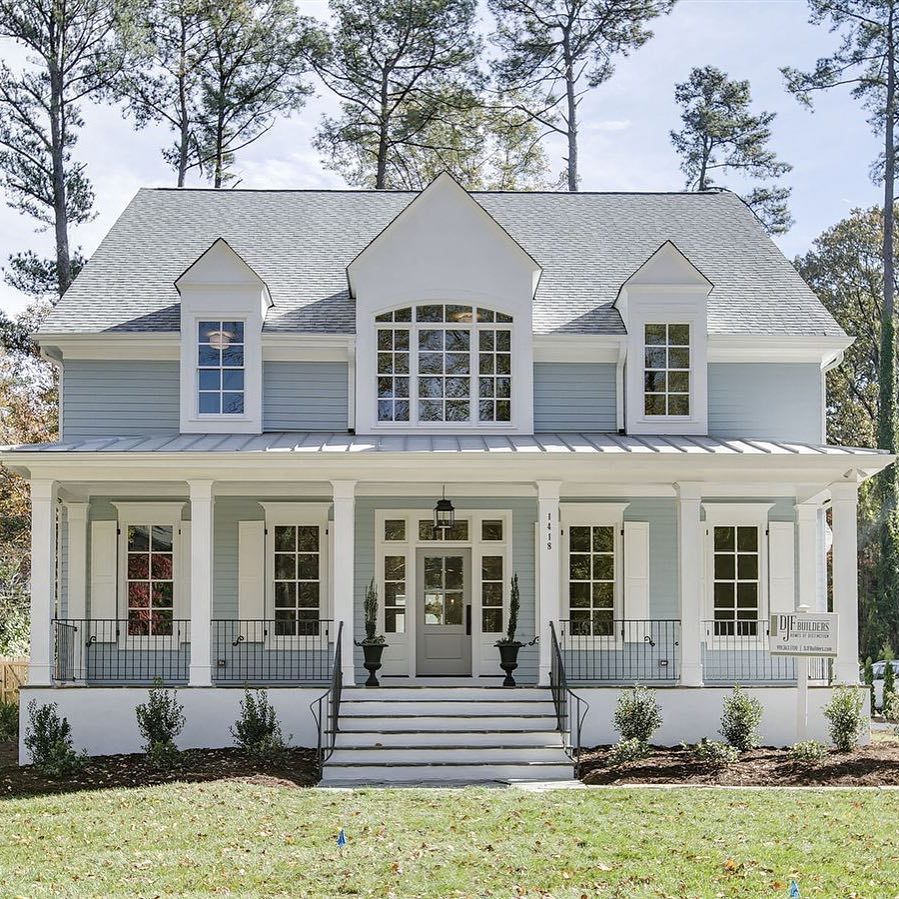 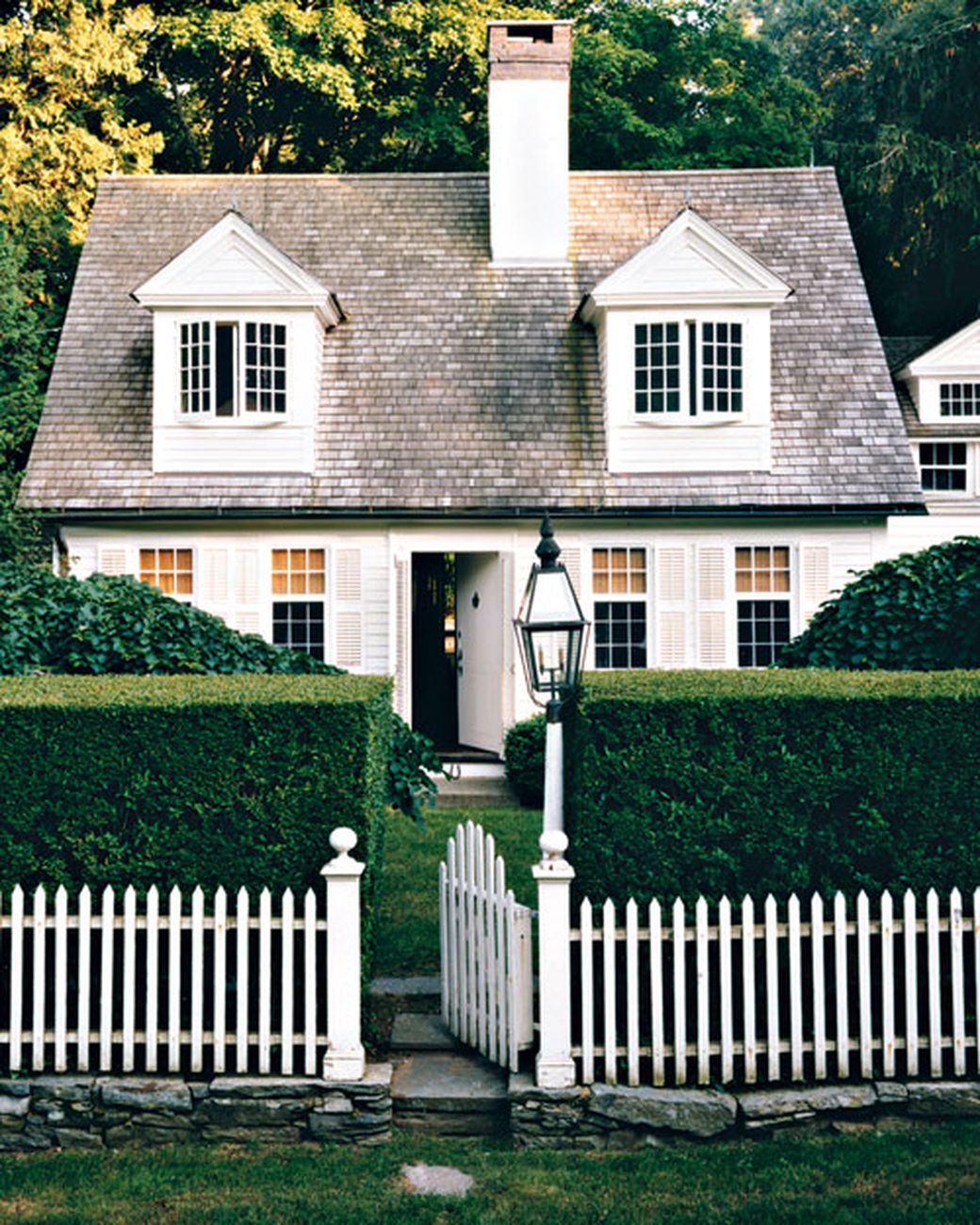 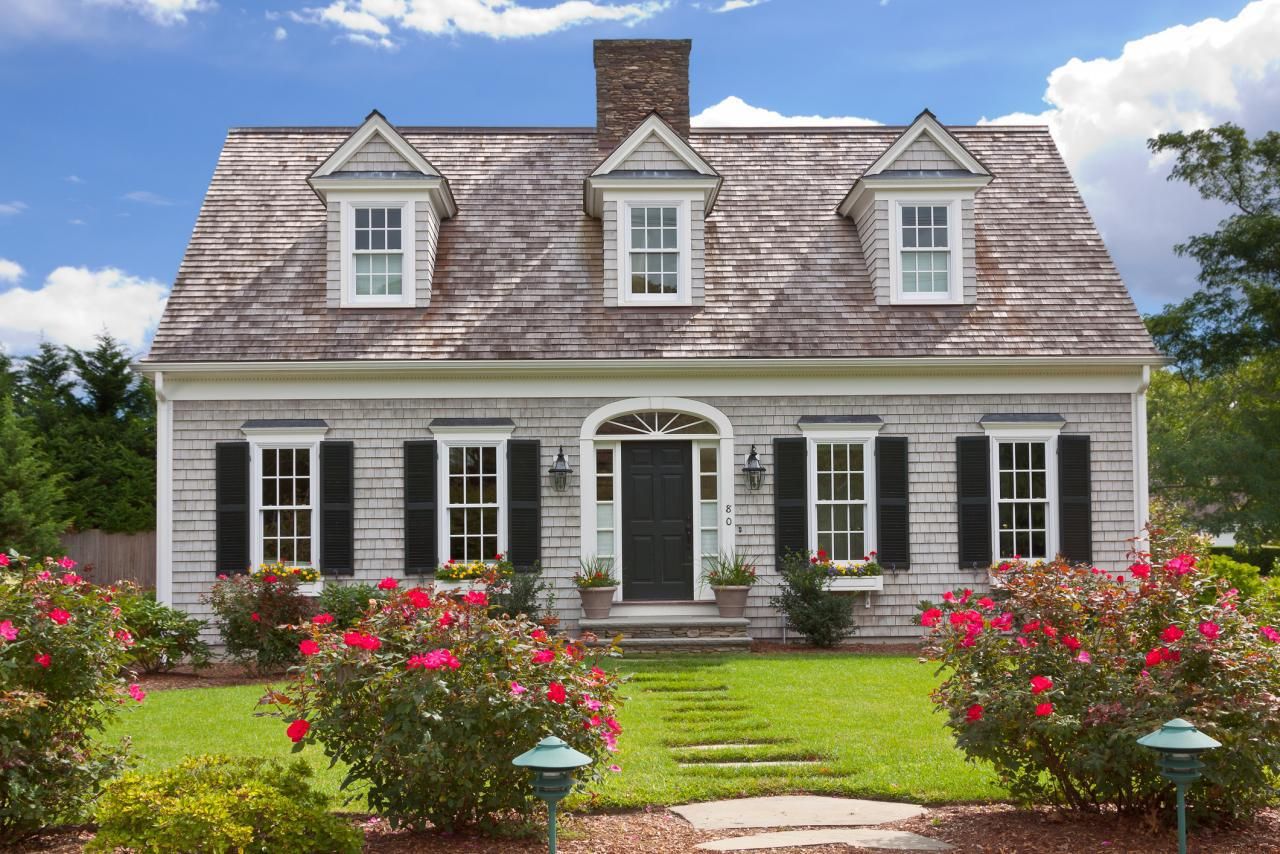 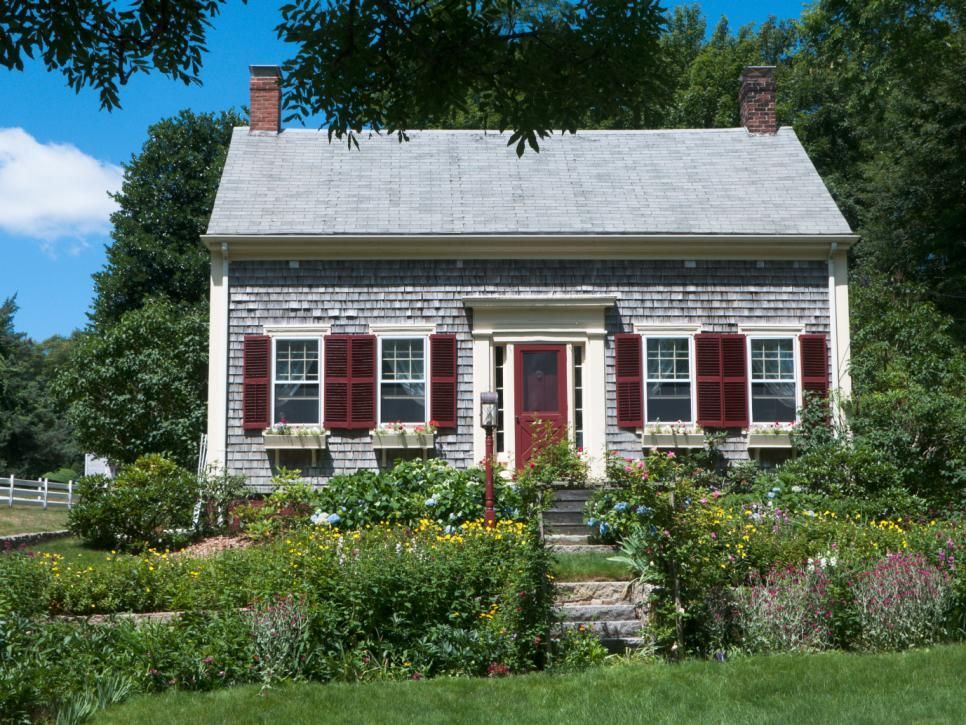 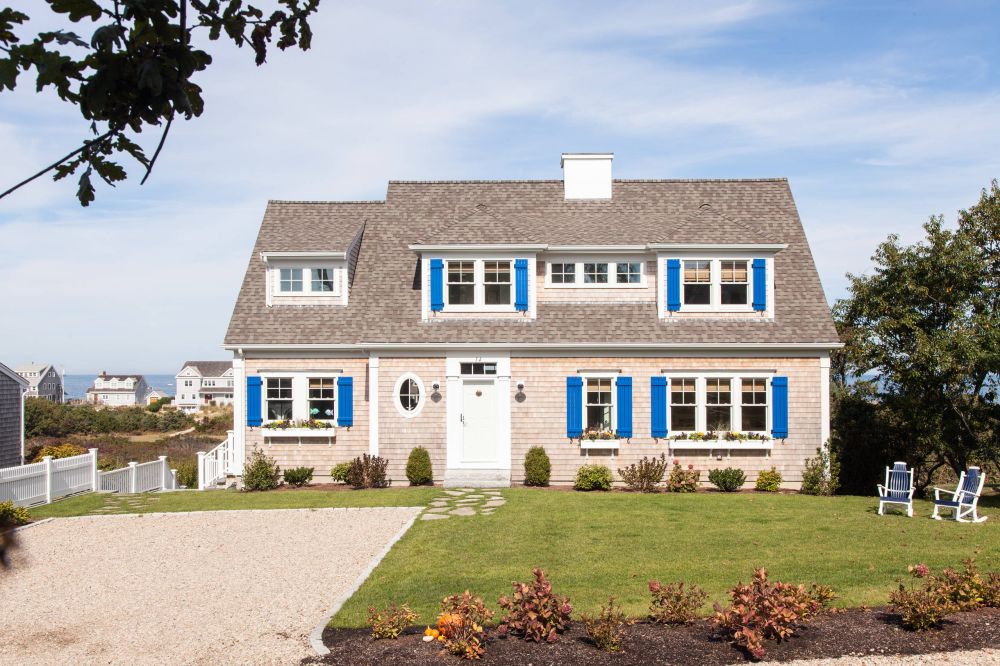 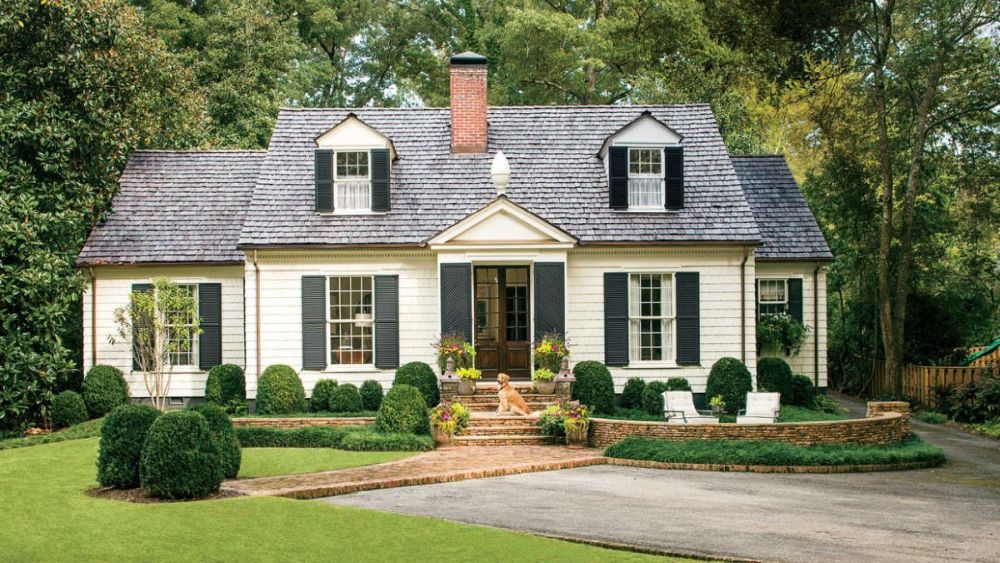 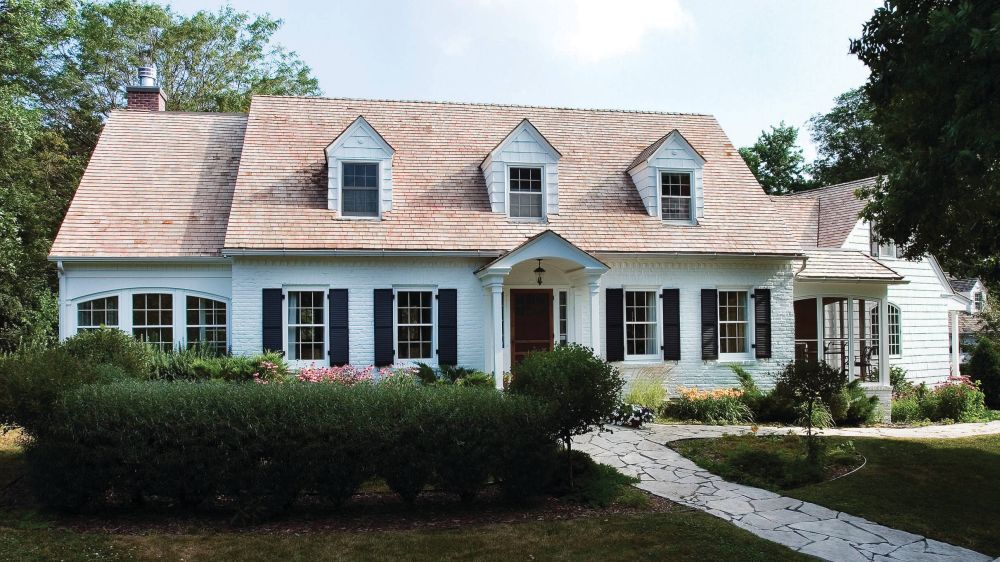 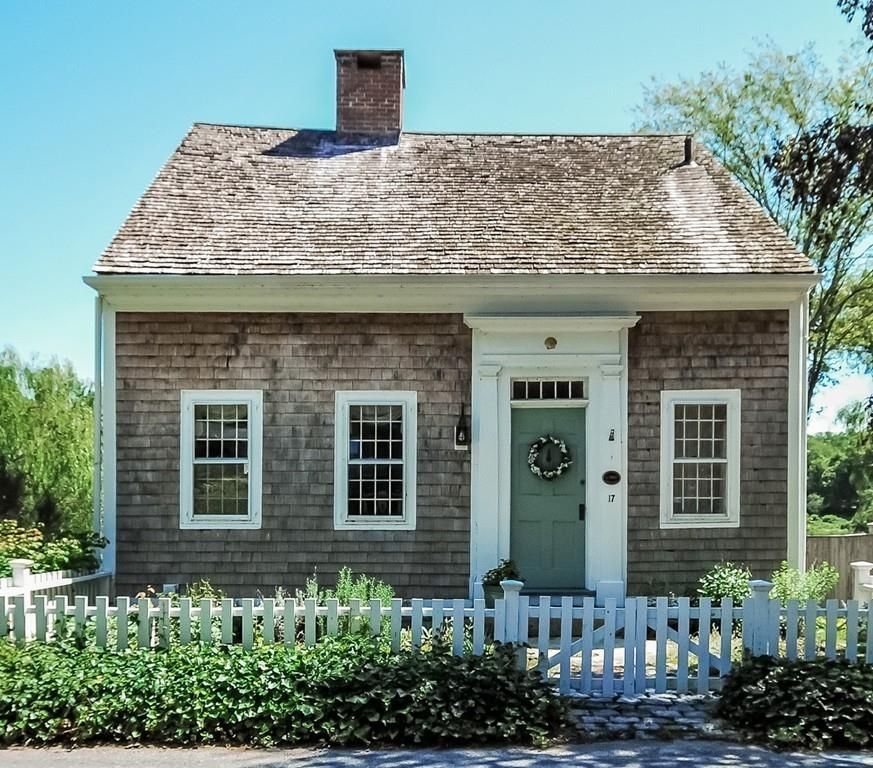 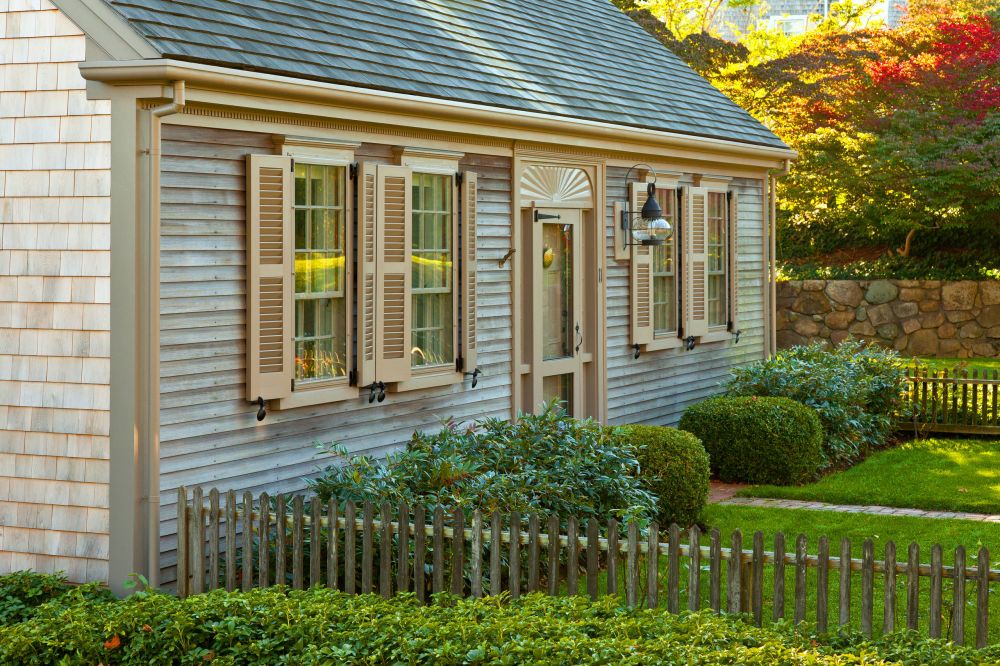 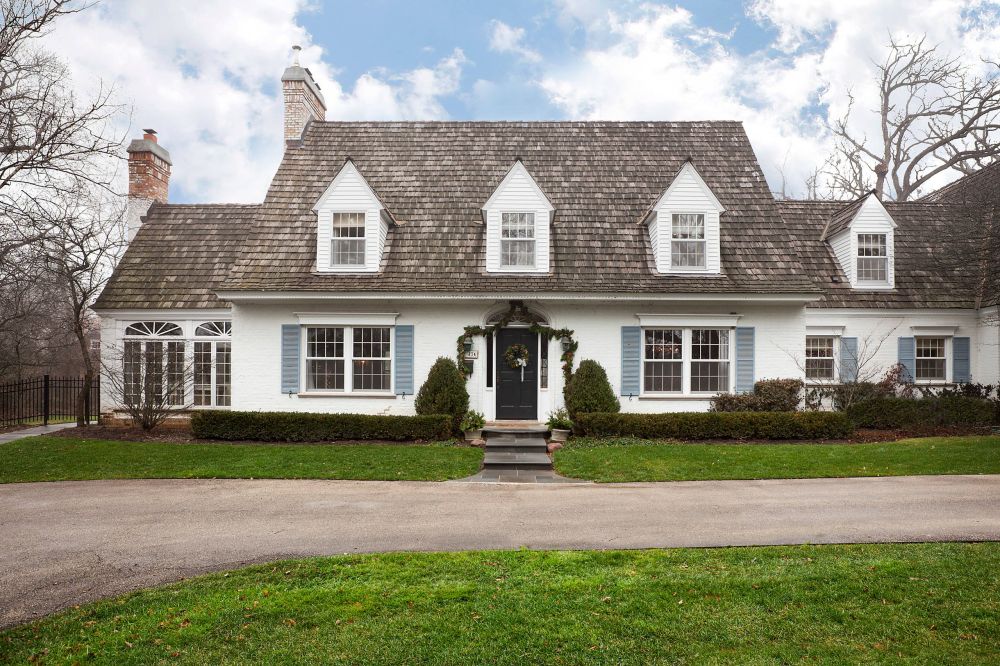 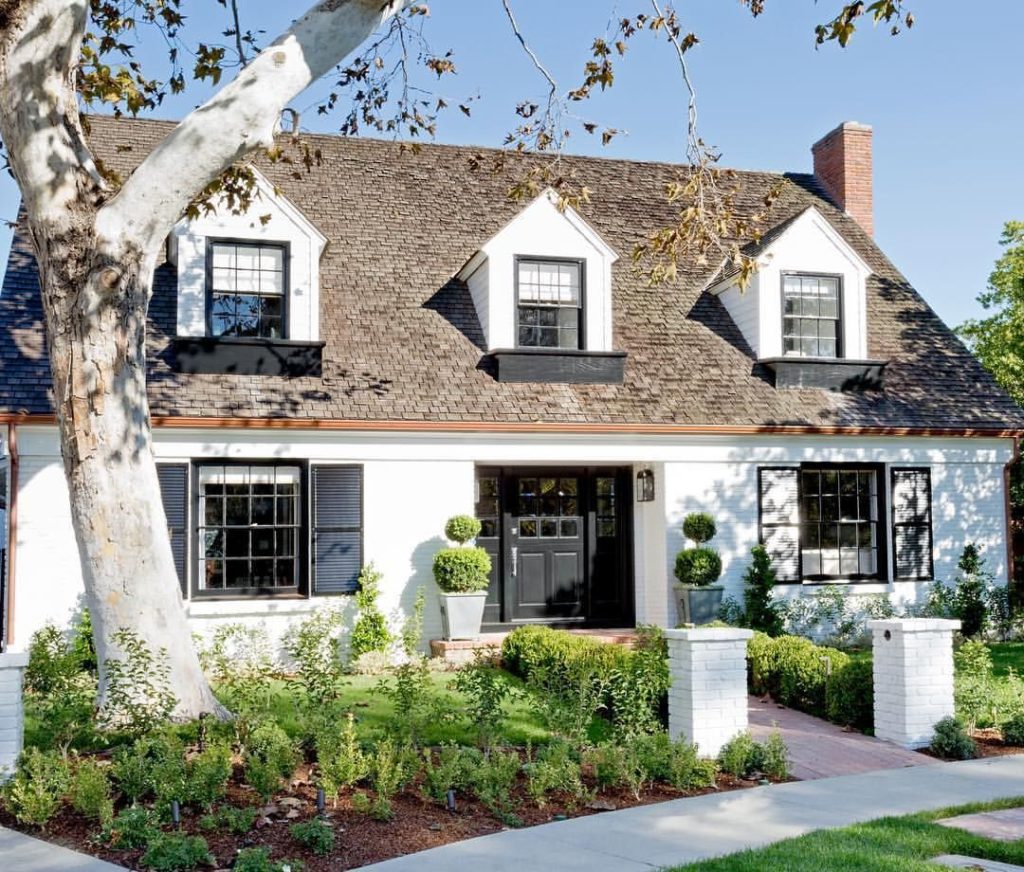 A Cape Cod house is the most recognizable style of house in America. They are simple in style and ornamentation.

Cape Cod homes had a revival in the first few decades of the 20th century with a new interest in colonial-era architecture. There was also an effort by architects to create efficient and affordable housing.

These homes have never lost their universal appeal and remain popular for their simplicity, timelessness, and versatile style.

Cape Cod homes give the impression of idyllic living with their white picket fences and picturesque flowerbeds. These homes have been around for a long time, morphing from simple to modern.

History of the Cape Cod House

Puritans coming from England to America in the 17th century began building wood cottages which were the early forms of Cape Cod homes. The harsh climate of New England forced the early builders to make adaptations to the hall and parlor house, a vernacular style popular in England. These craftsmen made their new cottages lower and with a square rather than a rectangular footprint. The new style was a one-and-a-half-story house with shingles or clapboard siding.

Builders used materials common throughout New England, including pine and oak for framing and flooring and cedar for the shingles and siding.

Builders also included features that would warm these homes during the long winters. They added large central fireplaces, chimneys, and low ceilings to conserve heat. They also added steep rooflines to keep them free of snow and water accumulation.

Cape Cod houses were the most popular style throughout New England from the mid-17th century until the early 19th century. Most Cape Cod homes were small, between 1,000-2,000 square feet.

Builders finished these homes with unpainted shingles, which sun-weathered to a gray color. Window size ranged for Cape Cod houses, with most from six to nine panes.

Early Cape Cod homes were symmetrical, with a front door in the center of the house and a large central chimney. The main rooms were on the first floor, with an unfinished loft above. Builders added little ornamentation like dormer windows and porches to early Cape Cod houses.

How Cape Cod Homes Got Their Name

So, where did the name “Cape Cod” come from?

The name Cape Cod coined in 1602 by Bartholomew Gosnold, is the ninth oldest English place name in the U.S. Timothy Dwight coined the term “Cape Cod House” when he was president of Yale in 1800.

The Revival of the Cape Cod Style House

After declining interest in Cape Cods, the style once again grew popular as part of a Colonial Revival in architecture from 1930-1950.

Builders adapted the Cape Cod style houses into decorative and large homes for their wealthy clients. These adaptations included dormer windows to add light to the upper floors and larger floor plans.

Cape Cods became a common style in the suburbs after World War II, including in the iconic Levittown communities. Developers modeled the Cape Cod suburbs after the first successful Levittown development in Long Island, New York, created by William J. Levitt and his brother Alfred.

Over the years, Cape Cod homes have morphed from very plain square structures to larger abodes. It was common to add wings to the basic square frame, either on the sides of the back, to accommodate space for modern amenities like garages and large dining areas.

If a traditional Cape Cod house had an attic bedroom, dormers might be added to provide more space and light to the second story. You might even find a porch on the front or back of a modern Cape Cod. All additions increased the living space of the home without taking away the charm.

Modern builders have adapted the Cape Cod style home to meet the needs of today’s families. Despite the modern adaptations, Cape Cod homes still have efficient designs and a timeless style. These exterior characteristics will help you identify historic and modern Cape Cod homes.

When a home is small, like some of the historic Capes, you need to think hard about the exterior design. Natural shingles can give your home the style of yesteryear and provide an eye-catching pattern.

In the past, Capes were all about symmetry. Keep this in mind as you update or build your Cape Cod house. Since dormers are modern, your home may have two or three, depending on its size.

Most Cape Cods feature shutters. The original versions were functional.

Of course, most of our shutters today are decorative. You can make your shutters bright and happy or go for a neutral look.

Many Cape homes have beautiful gardens with minimal lawns. Draw on the area you live in and make your front yard a field of wildflowers. Not only will it thrive, but your yard will be a safe haven for the bees and butterflies in the area.

If you prefer the more restrained and classic front yard, consider roses.

There is nothing like a Cape Cod home with a white picket fence. Whether you live in the country or in town, a picket fence will give you a nice border to edge your landscaping.

Some Cape Cod-style homes have a front porch, giving them a farmhouse feel. Embrace that space and make it a part of your living area.

Maybe you’re looking for a way to bring a little modern style to your old Cape house. You can never go wrong with black. Some black on the front door, shutters, and any trim around the house will give the whole facade a brand-new look.

If you want your Cape to feel like a vacation retreat, you’re going to have to partner with the neighbors. With similar siding and some climbing roses, your street will look like a vacation community, with or without the beach.

The interior of most Cape Cod homes features the same simple and efficient design as the exterior.

Pastel color palettes are a common find inside this type of home. With low ceilings and small rooms, painting your walls a dark color can be overpowering. Embrace sage greens, sky blues, and butter yellows for a charming, historically true home.

When the outside of your home is shiplap, why not continue the trend on the inside? If your home is next to a body of water, that simple linear design will give you a clean seaside feel.

You’ll often find beadboard or board and batten somewhere inside Cape Cods – both historical and modern.

Craftsman homes aren’t the only ones that feature built-ins. Some traditional Cape Cods share this feature. Built-in bookshelves and china cabinets add space and charm.

You may also find beadboard in the kitchen.

Open living plans are a thing of recent times but using the style in a small home, like a Cape, can give your space the facelift it needs.

Looking for a quick fix to bring your home up to date? Look overhead. Change the builder-grade lighting for something new.

When there is a second story on a Cape Cod style house, it’s more like an attic room than a full story. Building your own beds, shelving, and other storage can help you use the space to its fullest.

Many of the newer Capes have a dormer or two to add to the height and light of the second-story’s floor plan. If that looks like your bedroom, use the dormer to create the coziest nook with a desk or chair.

What is a Cape Cod house?

A Cape Cod house is a classic style home design built with one or one and a half stories, with a high pitched roof, a central chimney, and a symmetrical design. Also, Cape Cods use building materials that weather well like cedar shakes with little decorative detailing.

As stated, Cape Cods have a classical shape, and their design stands the test of time. Cape Cods, like all other homes, can be built with poor or good-quality construction material. A historic Cape Cod will use better quality material than newly constructed Capes.

Is a Cape Cod house a cottage?

A small house is referred to as a cottage. Many Capes are cottages in the sense that they are small; however, not all cottages are Capes.

Do Cape Cods have basements?

Most modern Cape Cods have basements. However, most historic Capes do not have a basement. Rather, they feature a bricked crawl space that has room for a few modern necessities like a water heater and electrical panel.

Cape style homes have been popular throughout history and remain popular today. They are a classic style house that has little ornamentation. Thus, these homes can be adapted to many different geographic contexts. Its versatility is one of the reasons that it will continue to be popular.

Is a Cape Cod two-story?

Most historic Cape homes were one story; however, many modern Capes have two stories with dormer windows built into the roof to bring added light to the second story.

How big is Cape Cod?

A Cape Cod will vary in size. Full Capes can be large with two stories and many rooms. However, the front of a full Cape is symmetric in its design. Many half Capes are the smallest versions of these homes. These were considered the starter houses in historic New England.

However sometimes, the names full, half, and three-quarter have more to do with their front symmetry than their size.