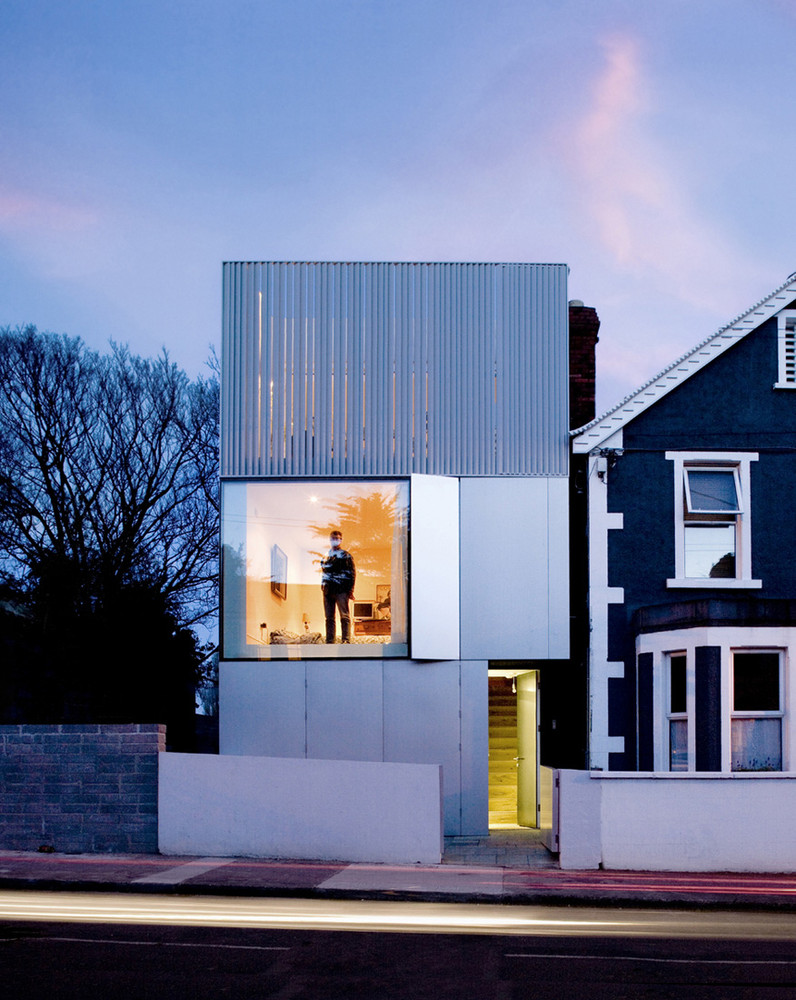 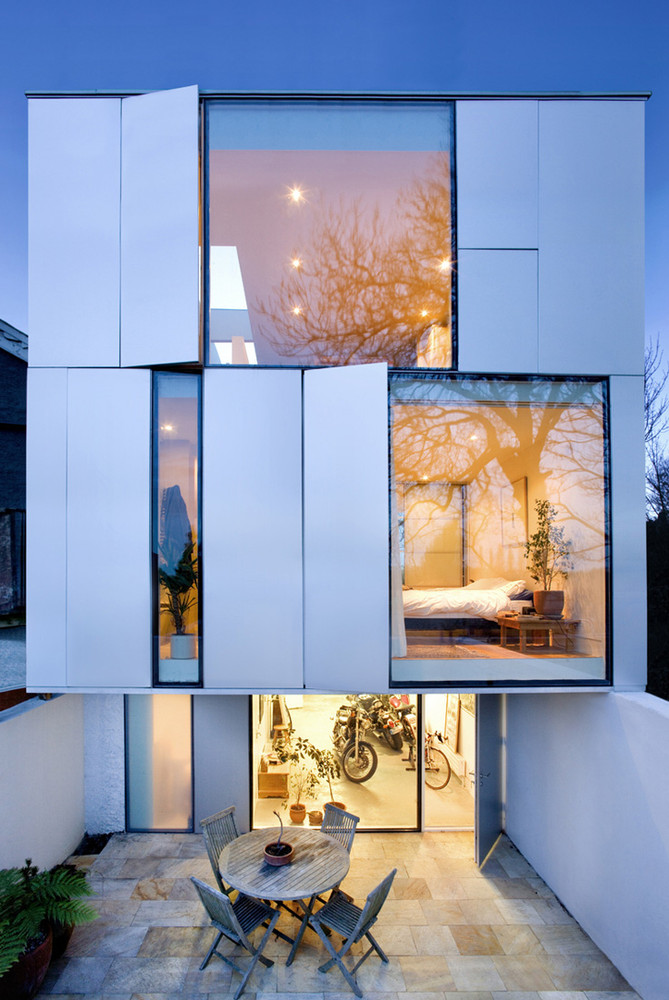 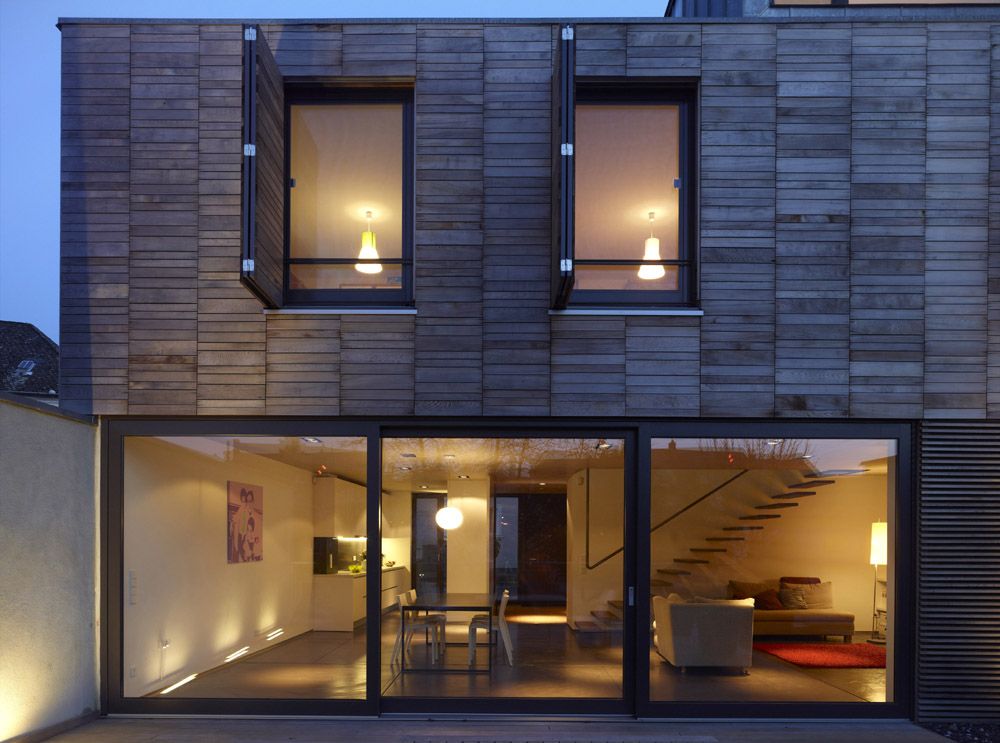 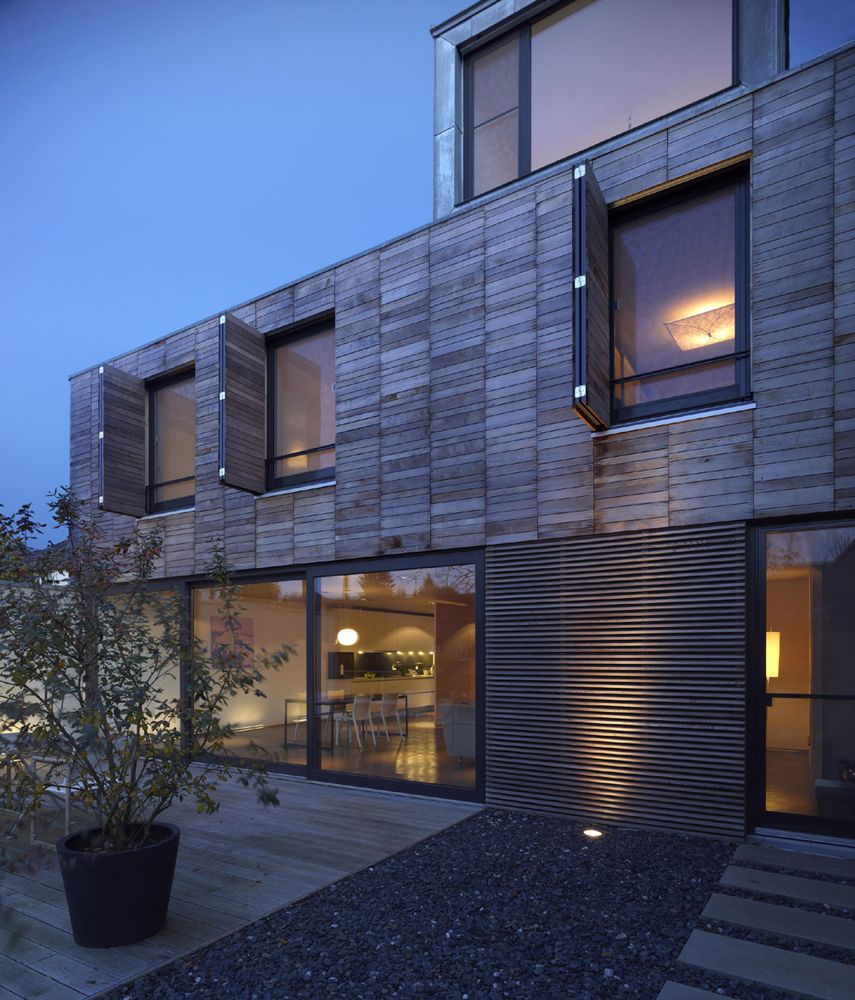 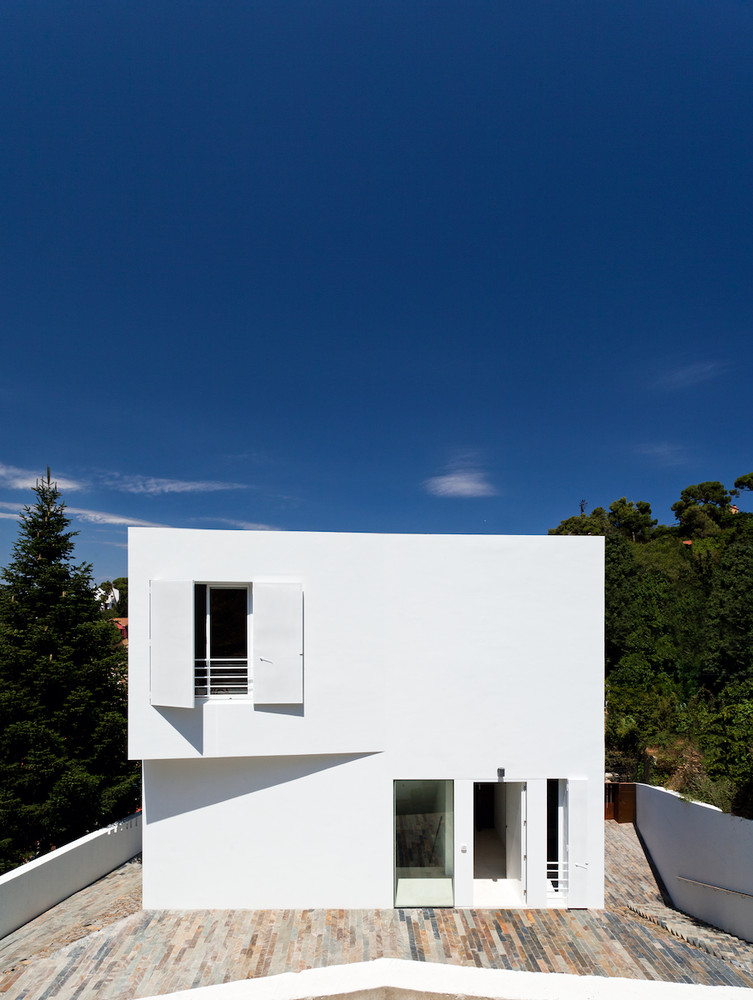 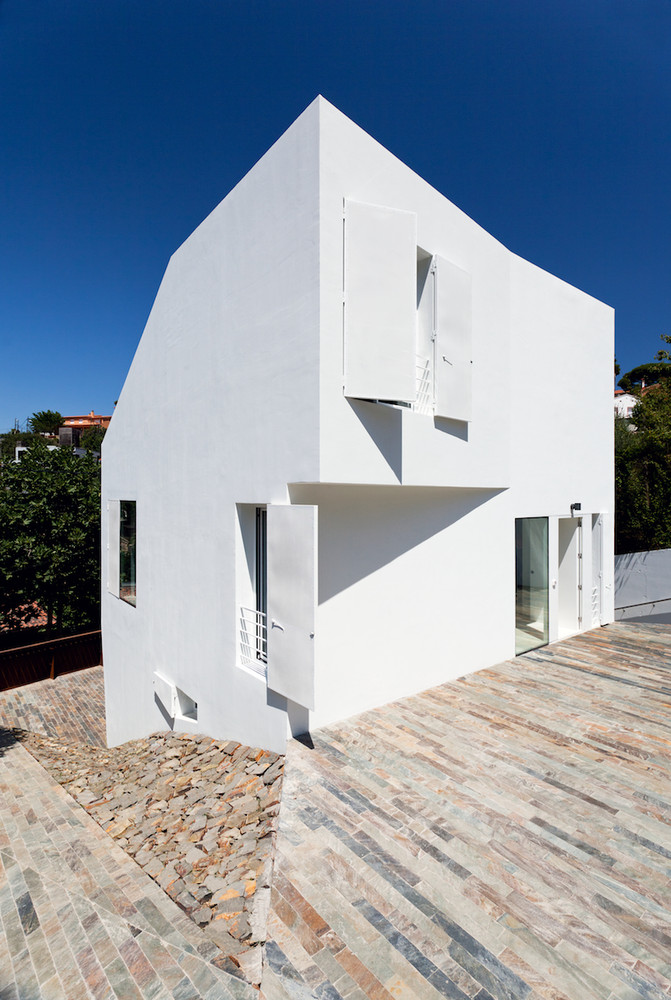 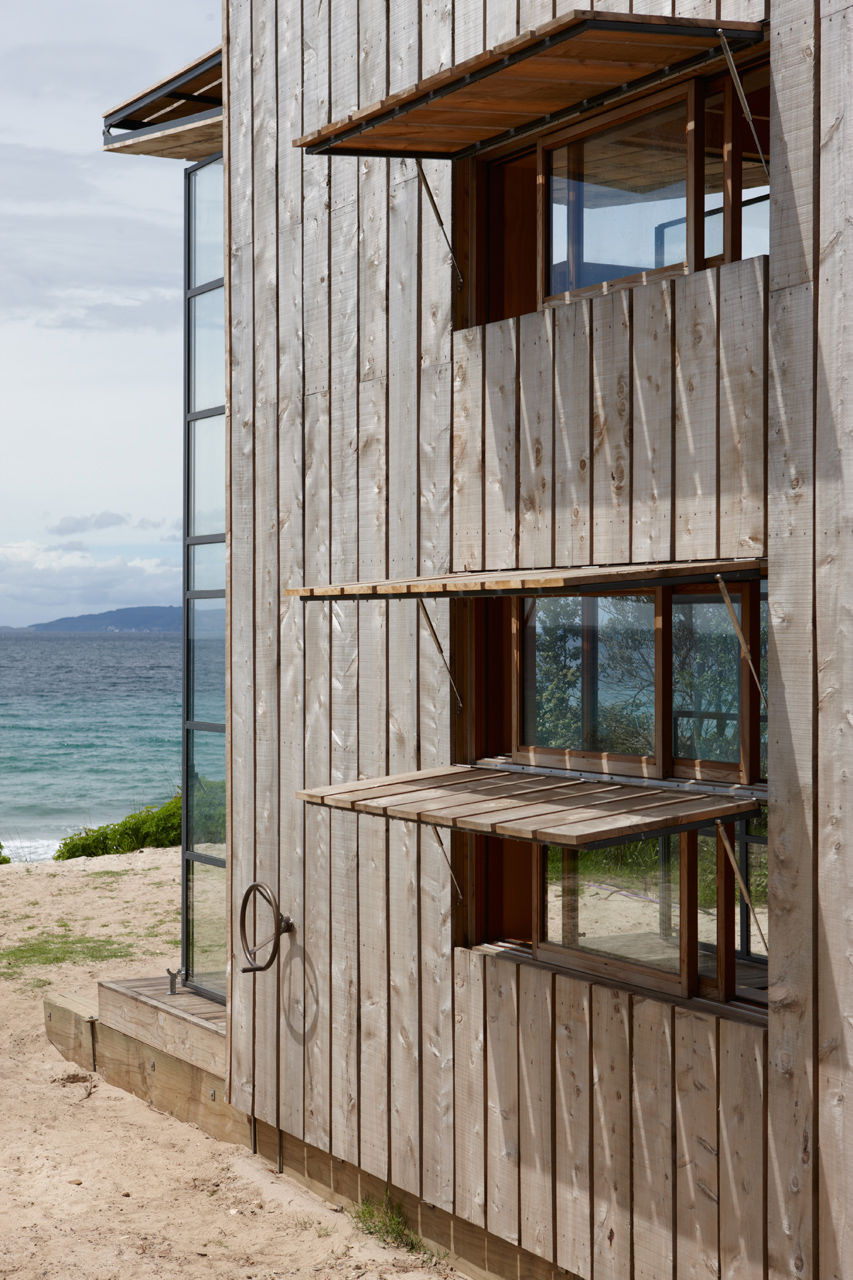 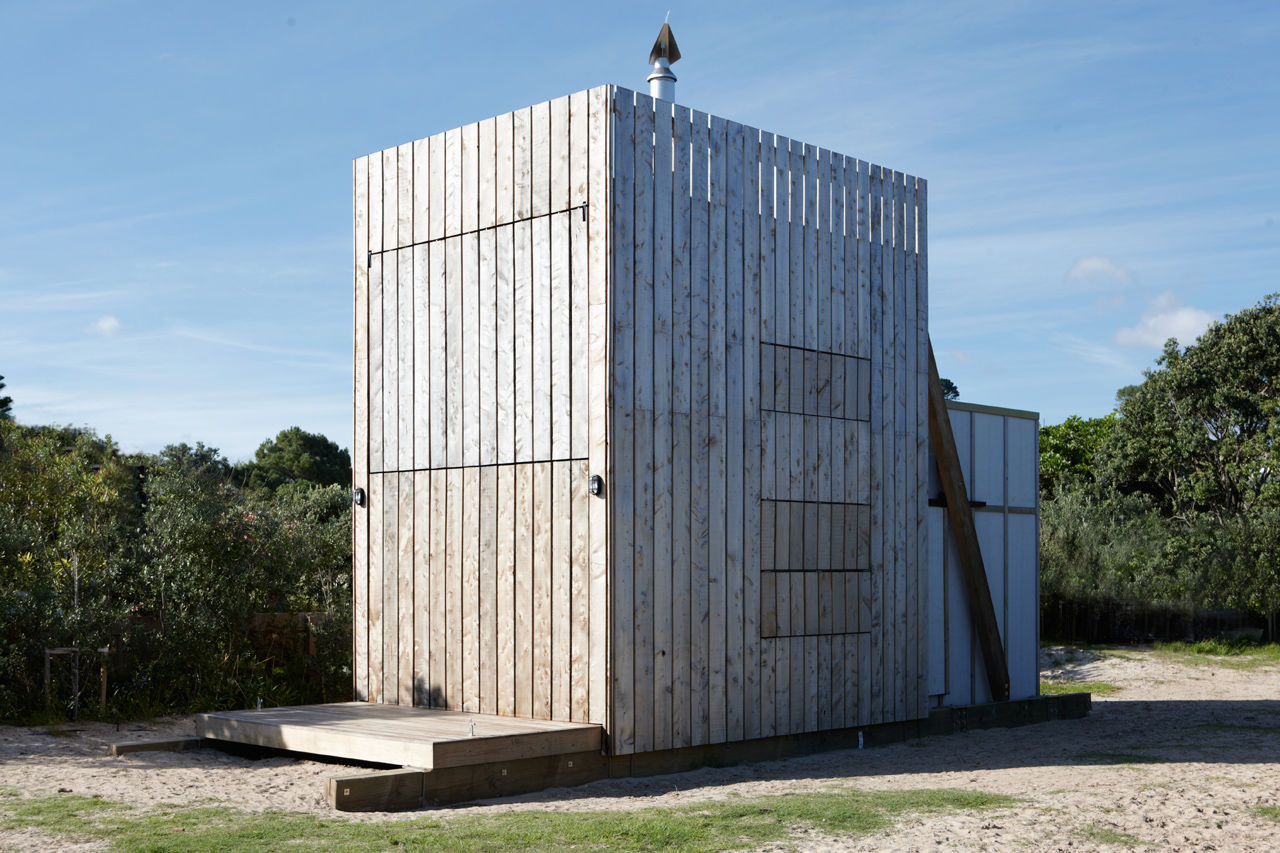 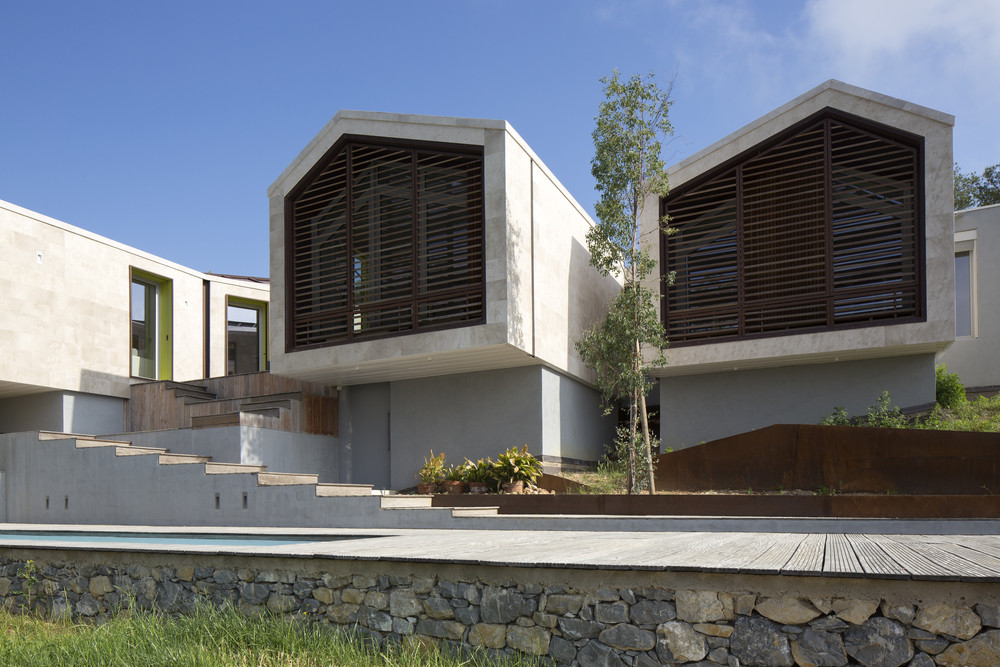 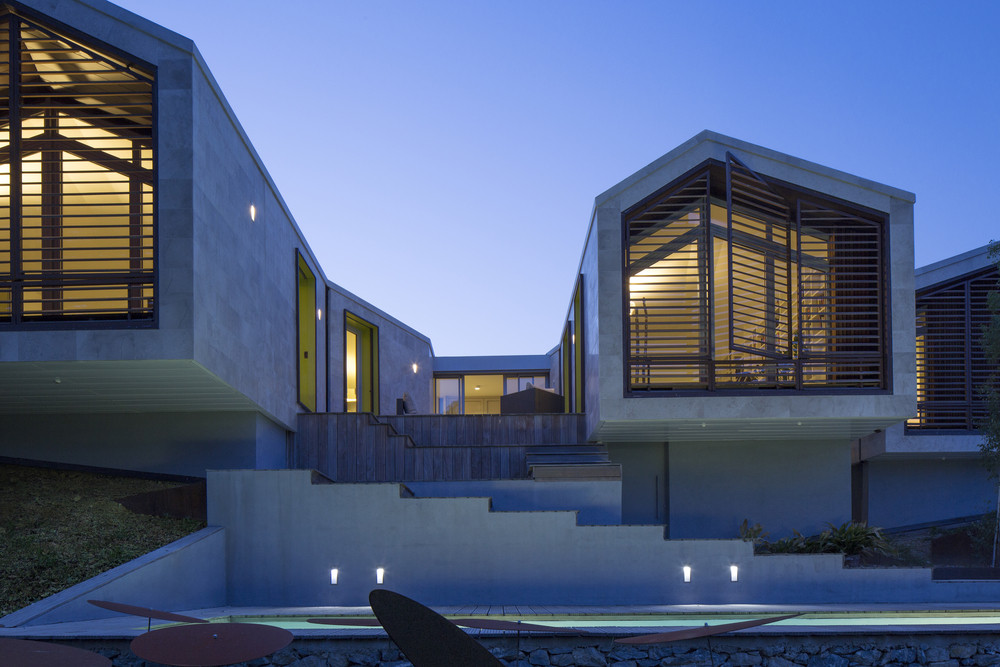 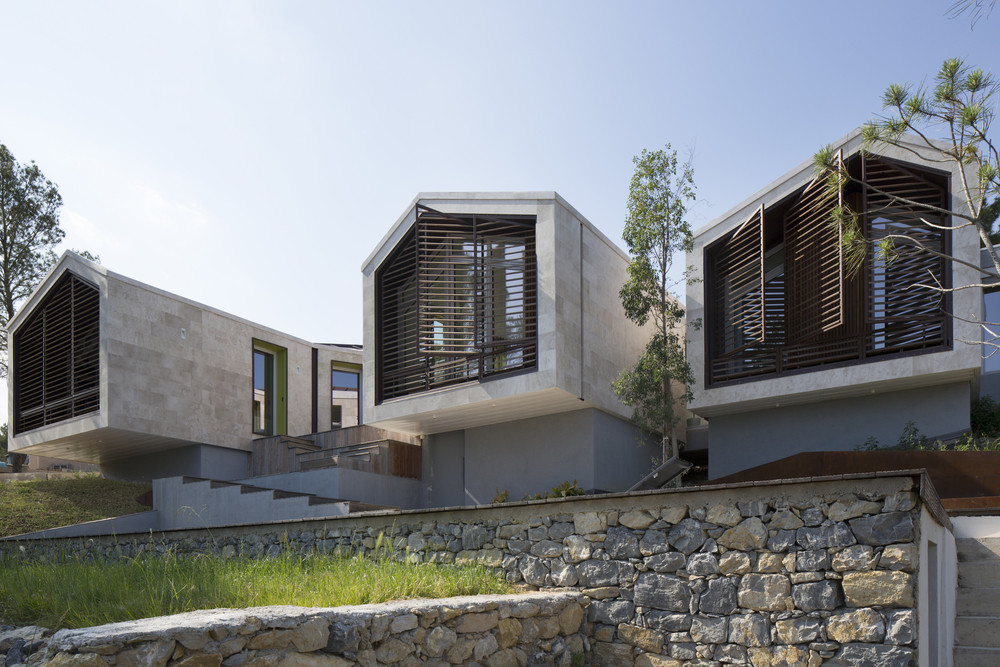 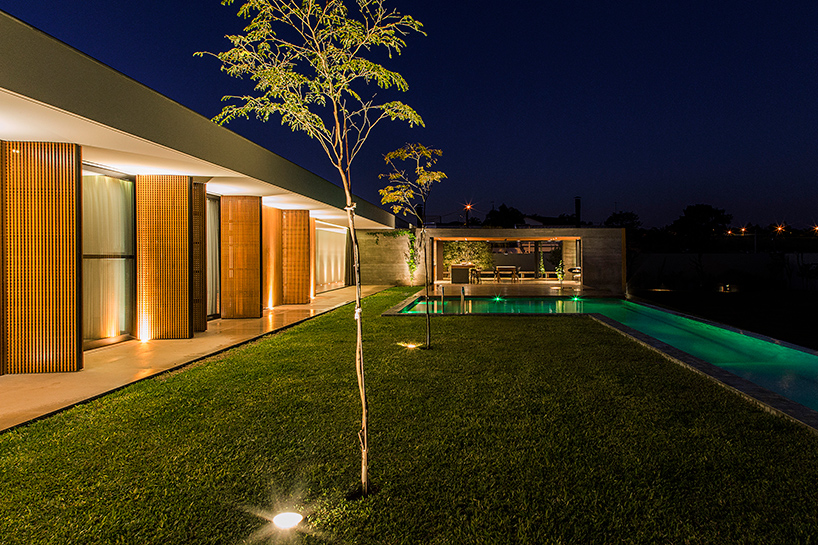 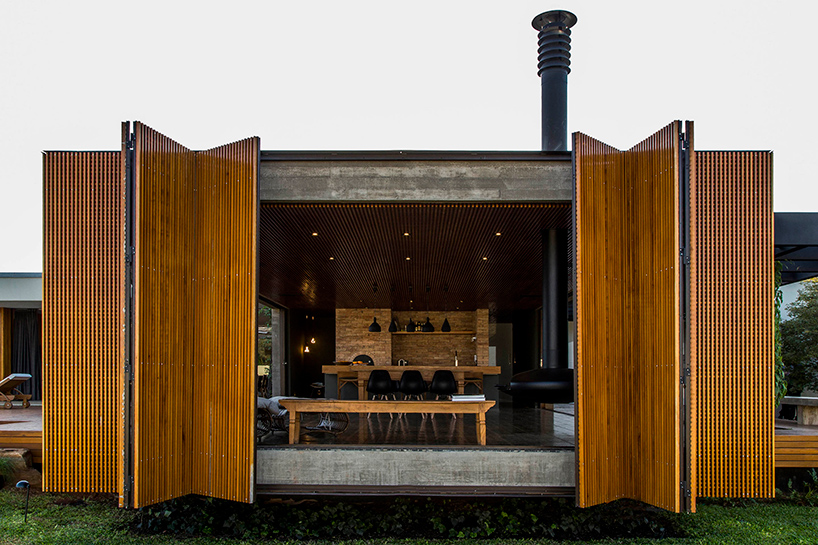 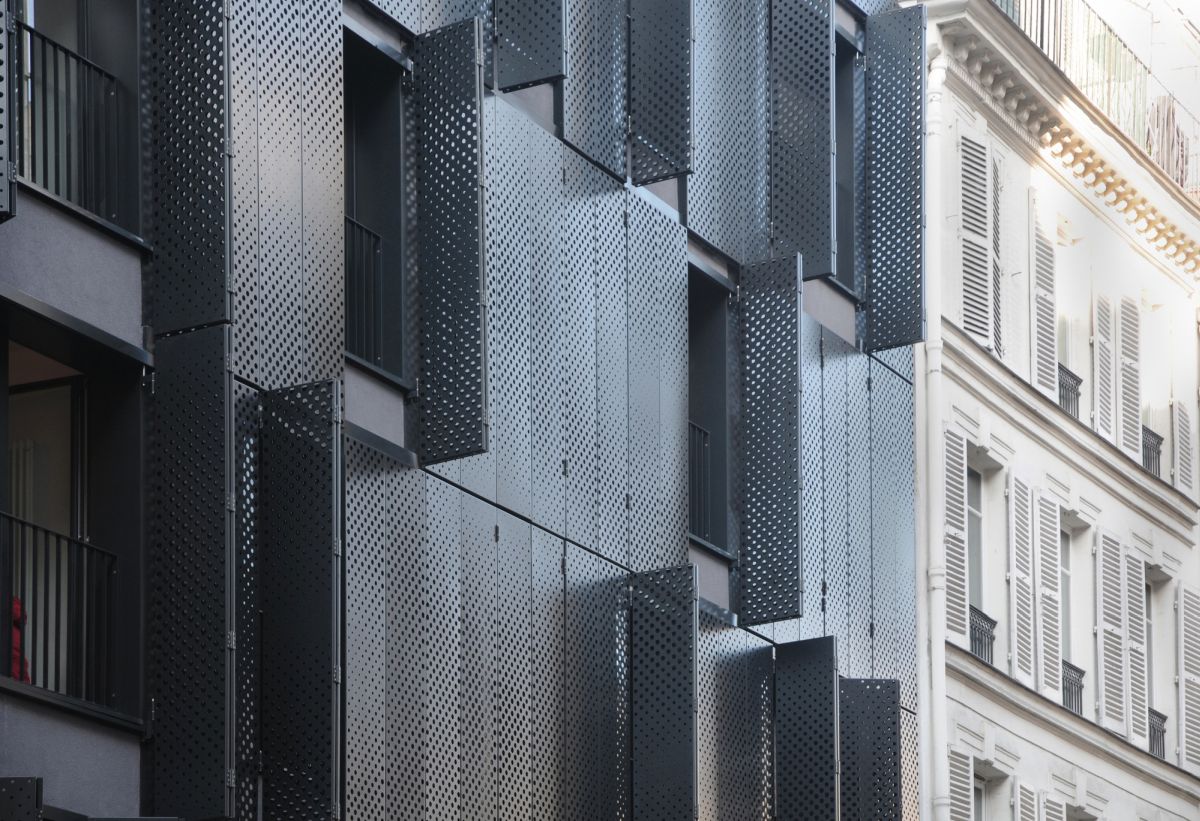 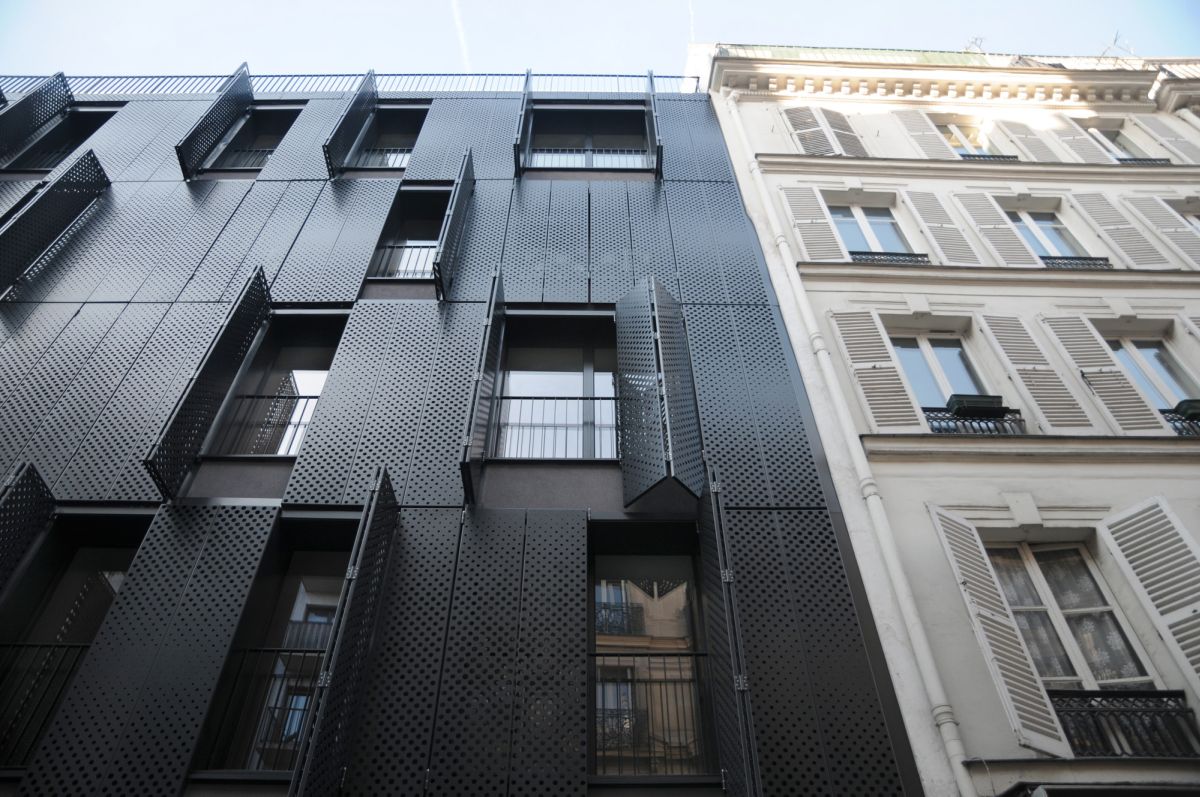 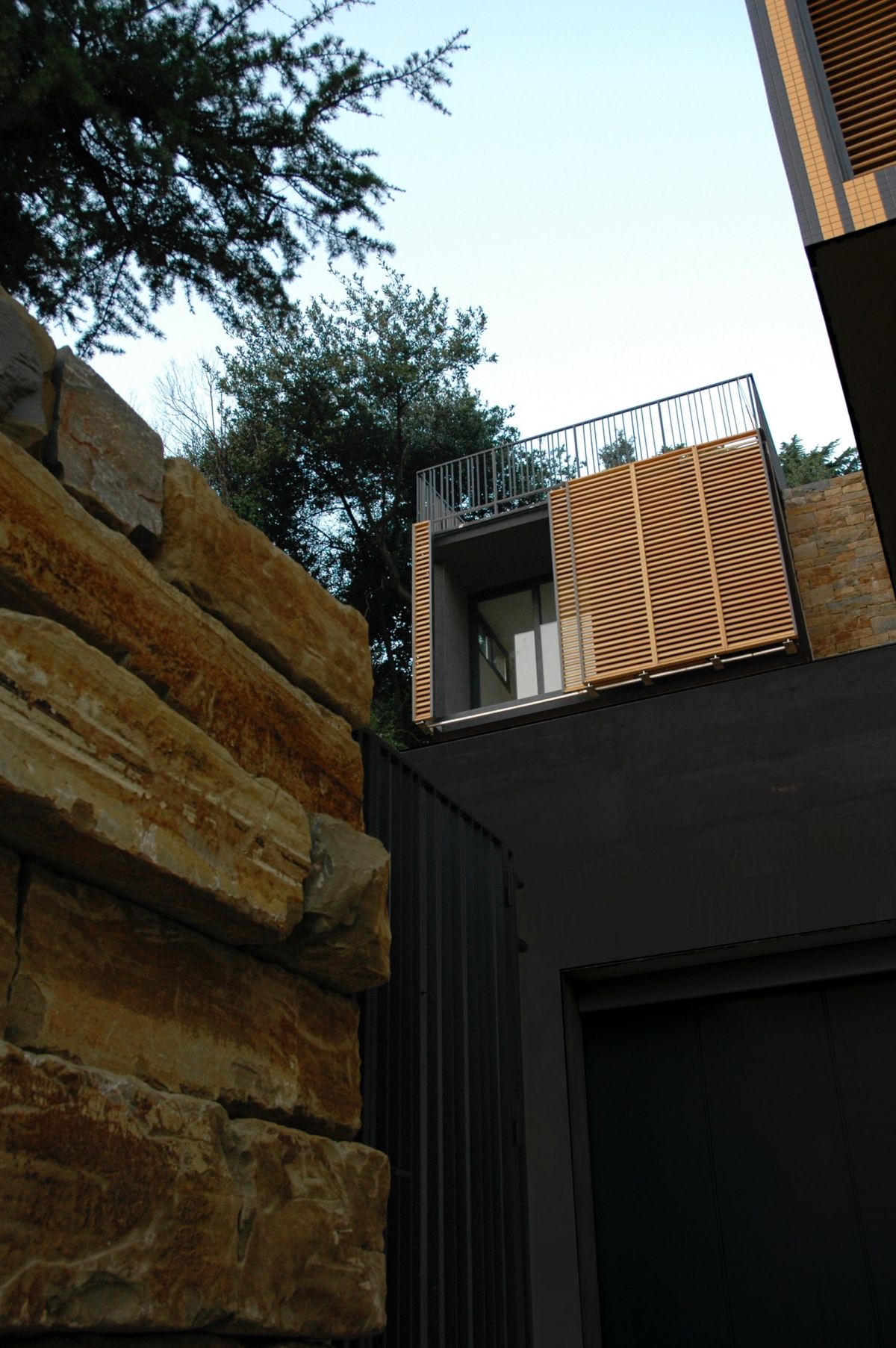 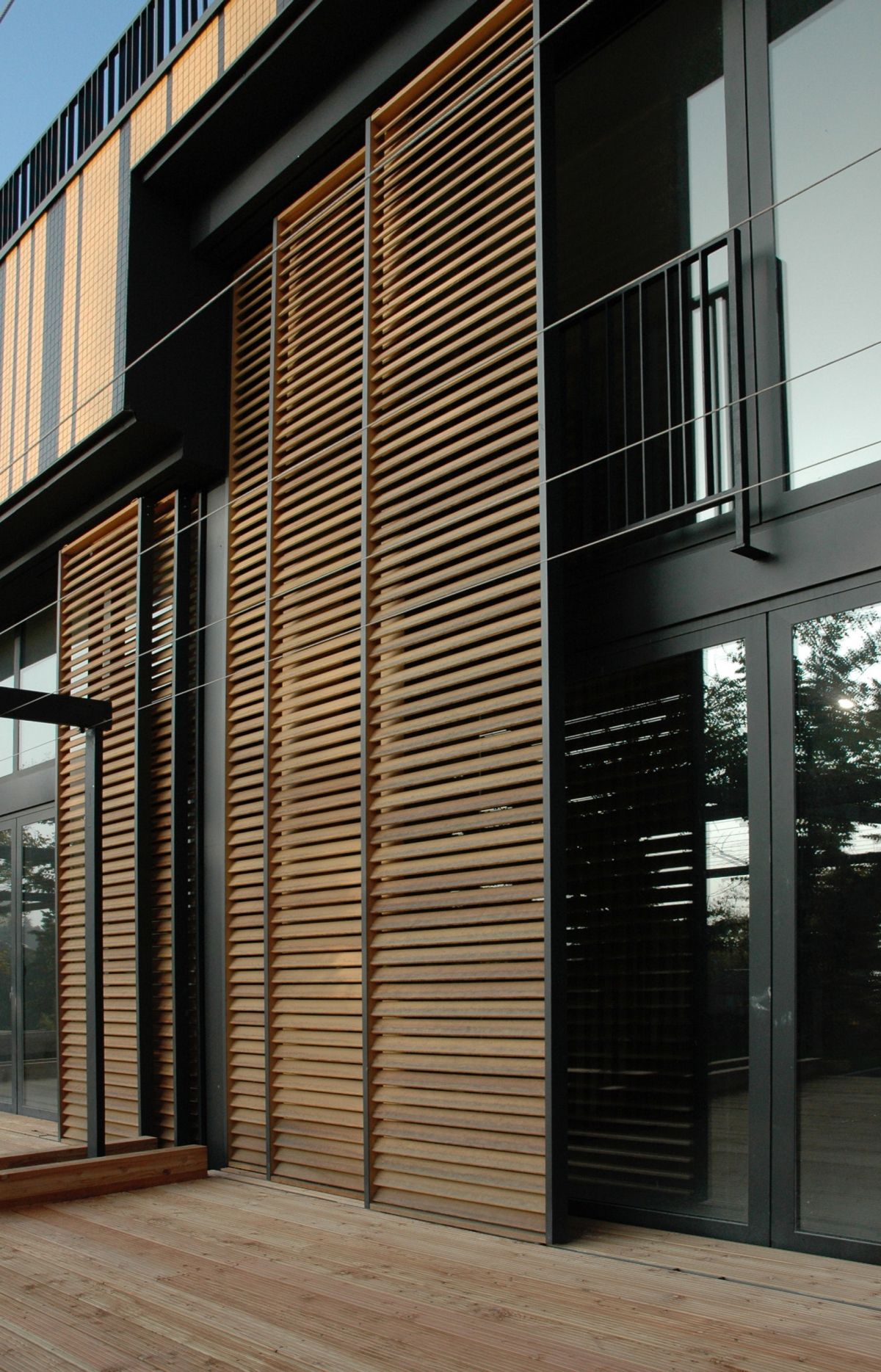 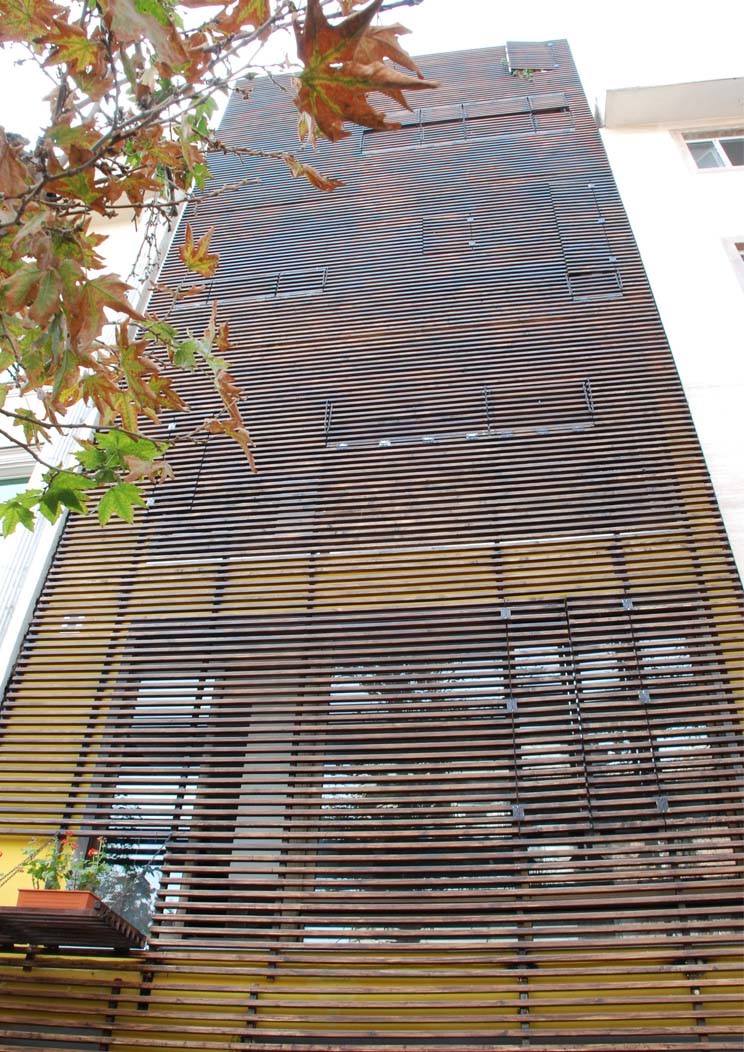 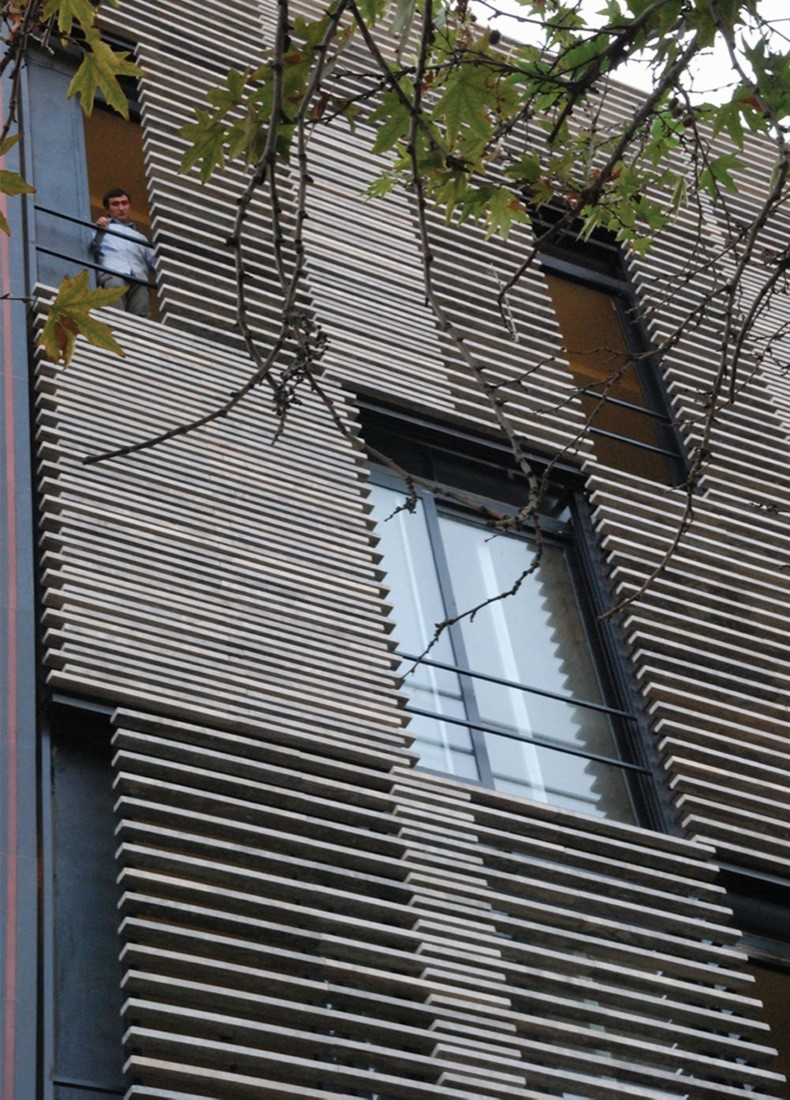 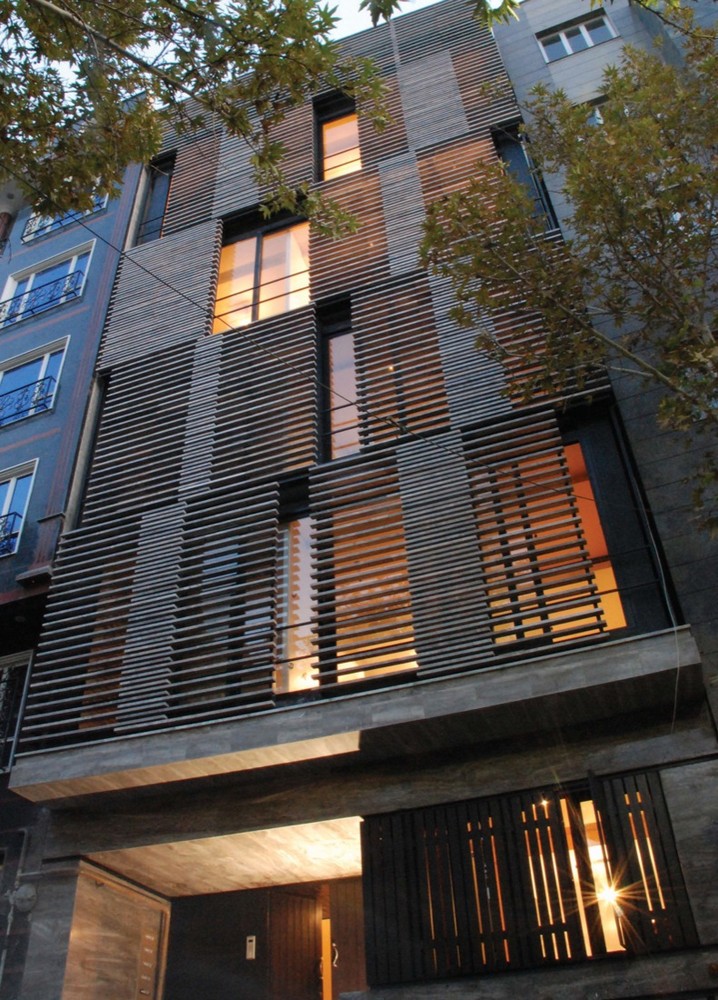 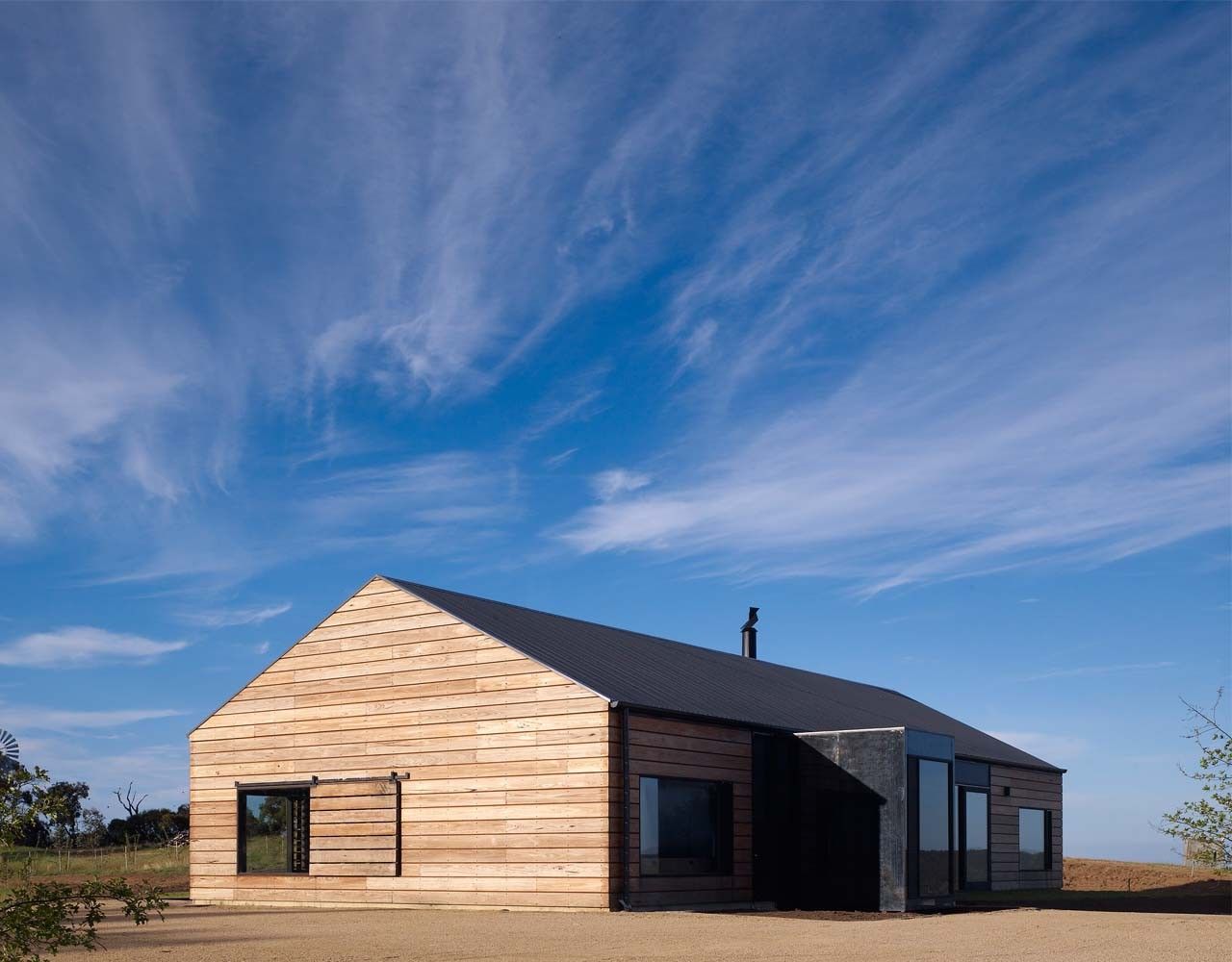 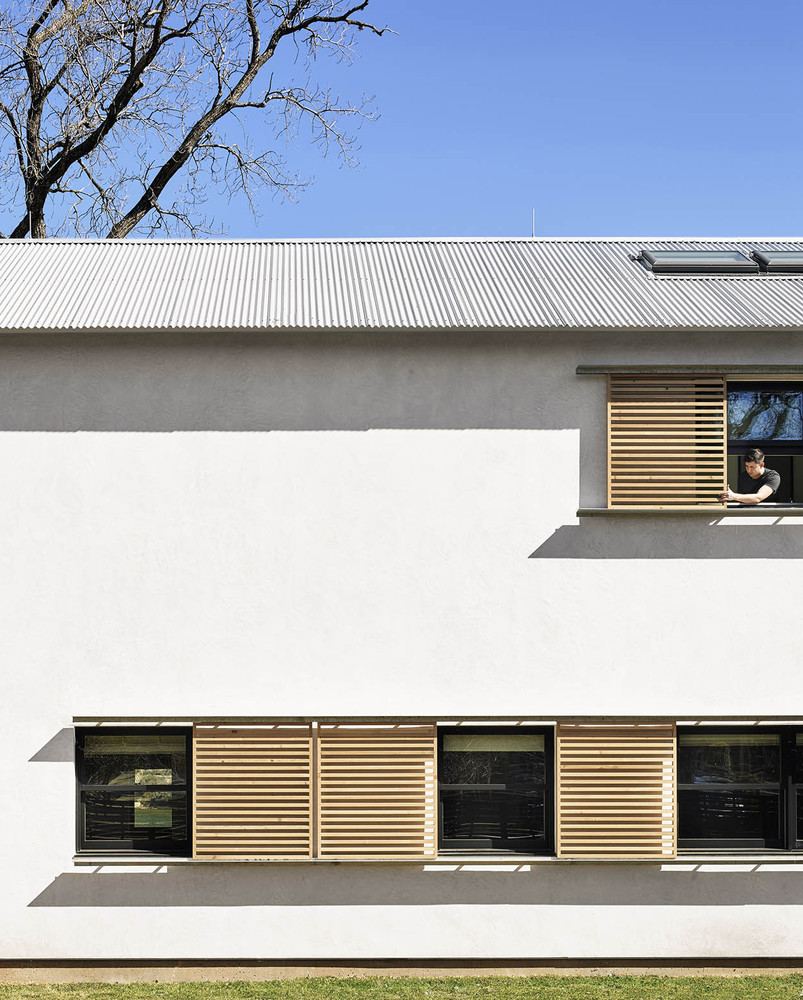 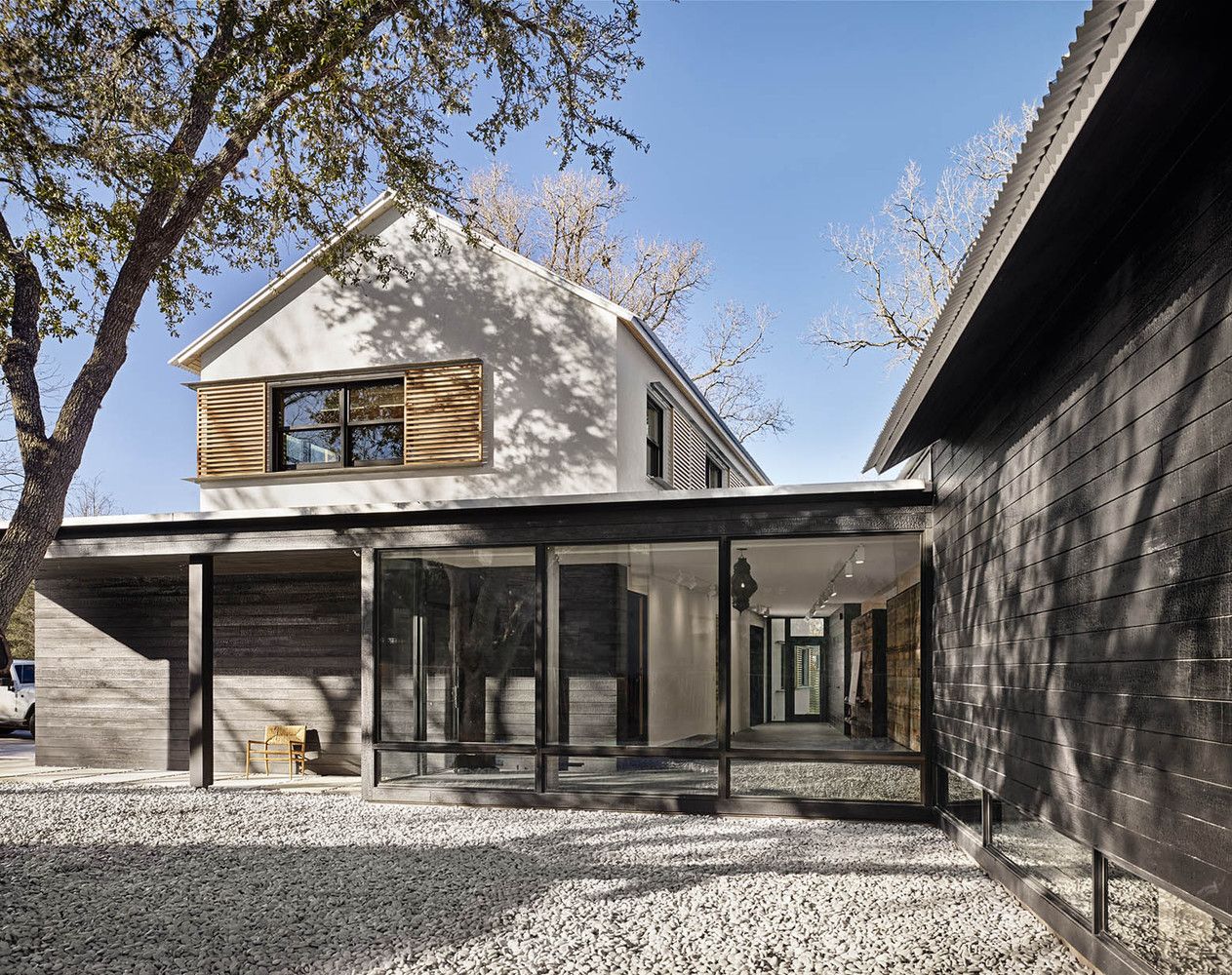 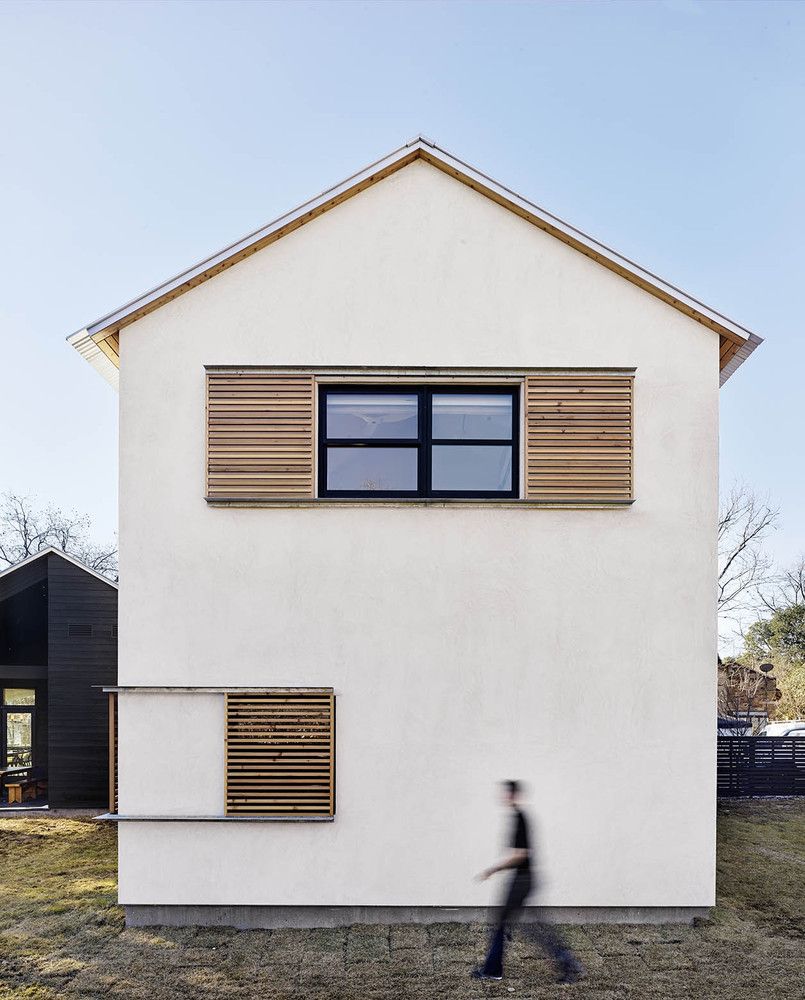 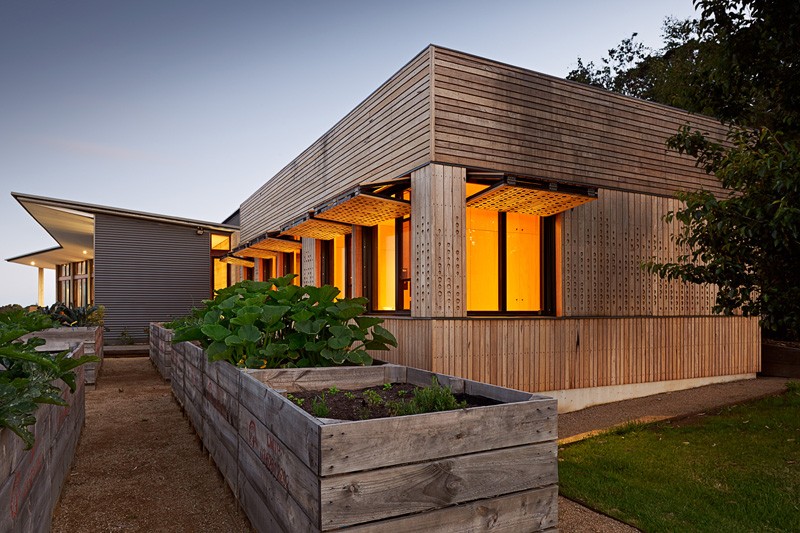 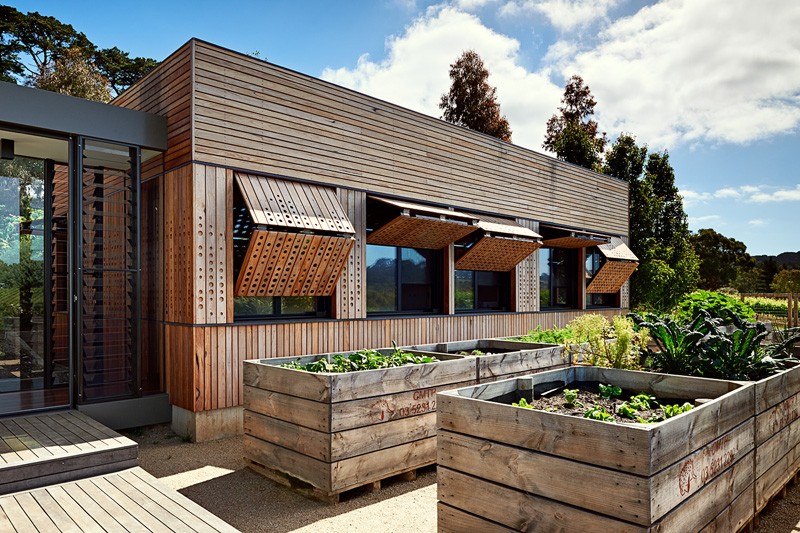 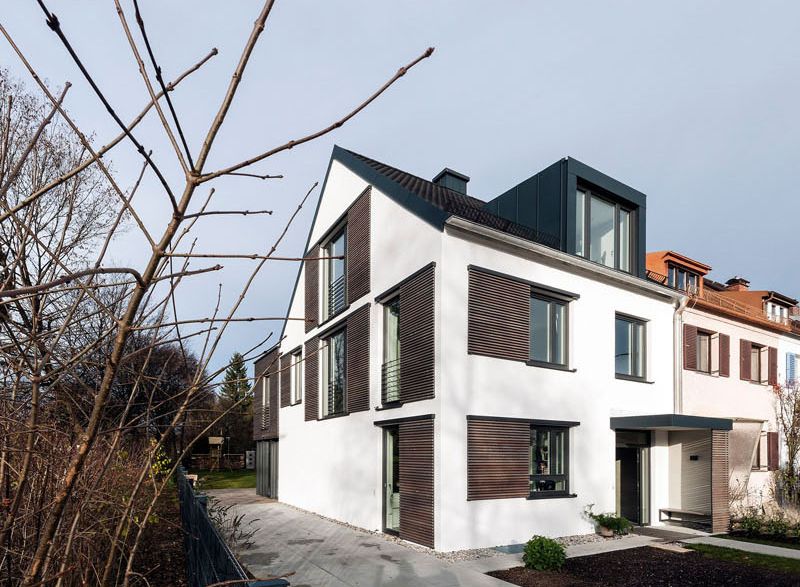 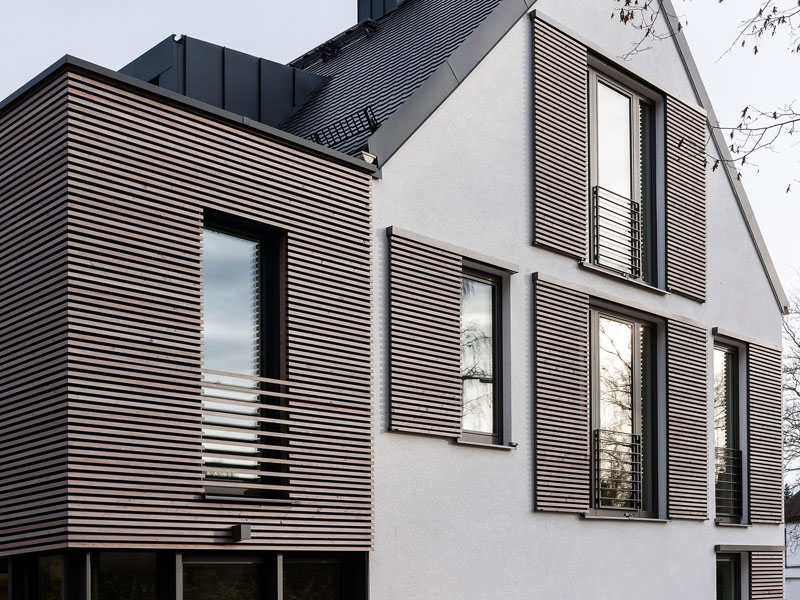 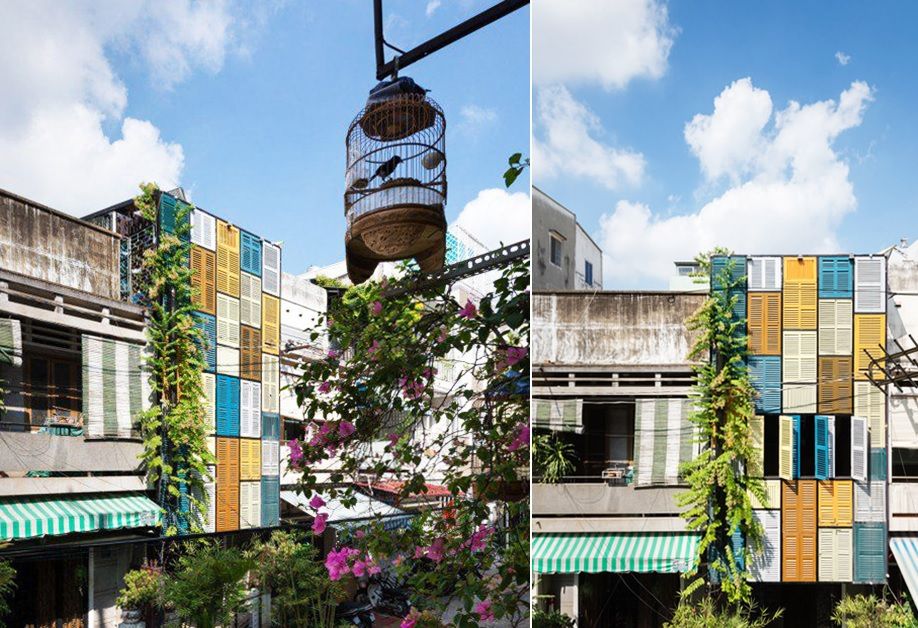 It’s difficult to determine exactly when shutters were first invented and it’s believed that their history starts somewhere in ancient Greece. Their role back then was the same as it now: to control the light that enters a room as well as the ventilation. At first, they were made of marble but then wood came into play and window shutters also started to change their form and design and to become more flexible and versatile. Now, modern shutters come in a very wide range of designs, materials, finishes, colors and styles and their role has also become a decorative one.

It’s not often that we see a modern house with window shutters these days so we can definitely appreciate a design that makes them look beautiful and stylish without looking old-fashioned. This is a house designed by ARCS Architekten and it looks wonderful, especially with those sliding shutters.

Like we already mentioned, modern window shutters are not just practical but also decorative, as proven by the design created by Mihaly Slocombe for this house extension. Its shutters are made of wood and they fold in half in a very interesting and unusual way. They also feature perforated patterns that give the facades a unique look and a lot of character.

The shutters that cover the windows of this house designed by Aamodt / Plumb Architects are made of charred wood created using an ancient japanese technique meant to preserve the material. The wood is charred and cooled and acquires a unique dark finish which, in this case, is complemented by a white steel roof that keeps the interior spaces cool during summer.

When the shutters are closed, this house becomes a compact volume and its facade has a simple and uninterrupted look. The wood planks used on the shutters are the same type that the exterior of the house was clad with. This is a design by Wolveridge Architects.

This eye-catching structure is an apartment building developed by Arsh Design Group. It’s located in Tehran, Iran and it looks amazing. the most impressive thing about it is the facade which features a series of interlocking wooden panels that serve as shutters. When they open, they slide into the adjacent panels and thus the facade maintains its two-dimensional structure at all times.

There are, of course, plenty of intriguing and extraordinary modern designs when it comes to window shutters but that doesn’t mean that the simple, old-fashioned kind has to be forgotten. Just look how charming these wooden shutters are. They were used by Frederico Valsassina Arquitectos when designing a contemporary home in Colares, Portugal back in 2007.

In 2004 AA KULTURA designed a very interesting multi-unit housing system in Slovenia. The structure is a large villa which comprises several units under one roof. The design is elegant and modern, being defined by several beautiful features including the series of wooden shutters that provide privacy for the internal areas without completely obstructing the views or the light.

In the 17th arrondissement of Paris there’s a building that doesn’t really blend in, a structure that contrasts with its surroundings through the fact that its street facade is covered in a series of vertical, perforated metal panels, like shutters but with a rather unusual look. They give the building a uniform and eye-catching look and they being the design created by Avenier Cornejo Architectes to life.

There was a time when houses has relatively small windows and when they didn’t connect so freely with the views and their surroundings. Modern homes, however, often have full-height windows and this particular one in Brazil even has floor-to-ceiling shutters to go along with them. The house was a project by mf+ arquitetos and its shutters are designed to offer privacy and to control the daylight that enters into the living spaces.

Despite how compact and closed off these houses seem, they’re actually very much in sync with their surroundings and they make the most of the views around them thanks to a series of shutter-like protective panels that cover them on two sides. These screens offer privacy and can be opened to reveal an unobstructed view. The houses are located in France and were designed by N+B Architectes.

Because it’s located within a coastal erosion zone in New Zealand, the rules dictated that this house and all the buildings in the area must be removable. Architect Crosson Clarke Carnachan adopted an interesting strategy in that sense by putting the house on two thick wooden sleds and thus making it mobile. Not only that, but the house was also designed to be completely closed off with wooden shutters and to basically become a compact block of wood whenever needed.

Window shutters usually contrast with the facade of the house or stand out in one way of another but that doesn’t really happen when the desire is to create a minimalist design like the one of the Vallvidrera House by YLAB Arquitectos. It’s located in Barcelona, Spain and one thing that sets it apart from its neighbors is the crisp white facade and the matching shutters that cover the windows making the house look like a compact white block.

There’s a good explanation for the fact that this contemporary residence has a modest exterior design reminiscent of old barns. It’s because it actually used to be a barn. It was transformed into the gorgeous home it is now by STEINMETZDEMEYER but its current design remains true to its past, modest and in sync with the neighboring houses. Of course, behind this shell there’s an exquisite interior design and the wooden facade and matching shutters keep it all hidden and private.

Located in dublin, Ireland, this house is sandwiched between two existing buildings and thus had to be small and layered. It was designed by ODOS architects who organized it on three levels and managed to find a very creative way of opening up the interior spaces to the surroundings while offering their clients all the privacy they needed. They did that by designing a series of modern shutters which can cover up the glazed sections of the facade and which can be opened to either fully or partially let in the light and the views.