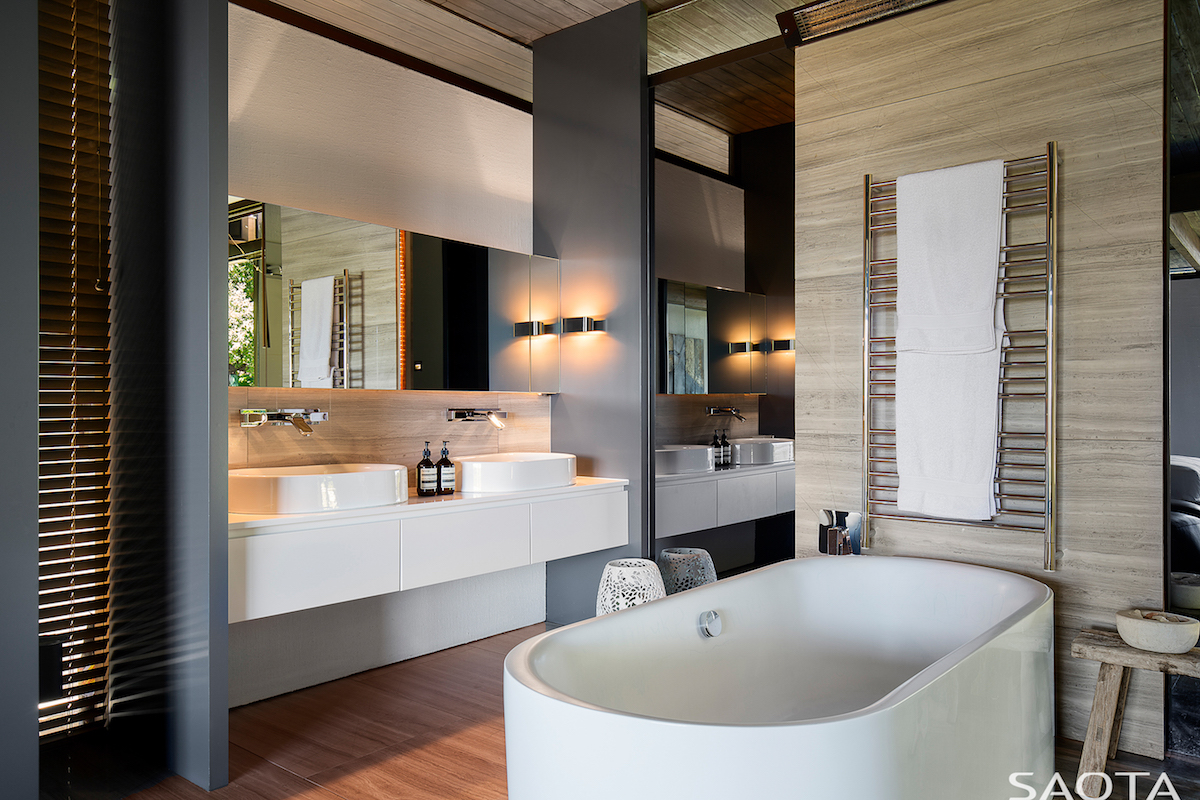 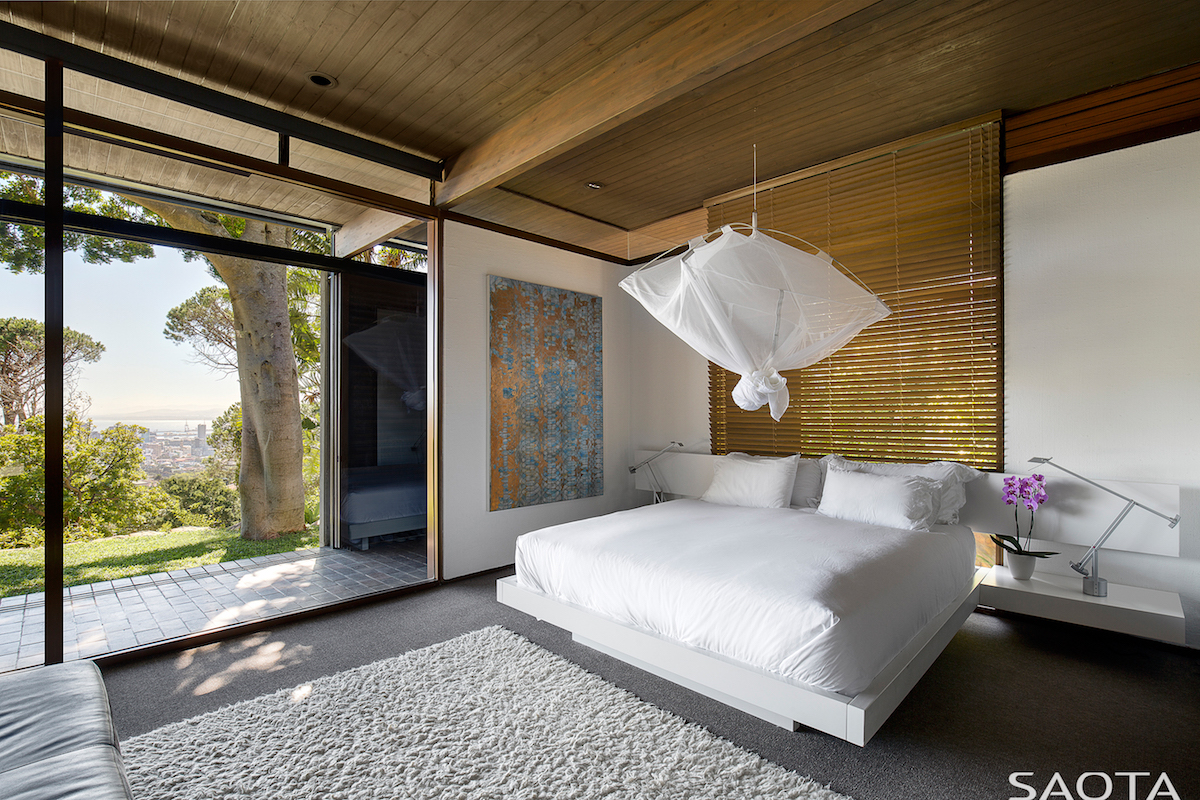 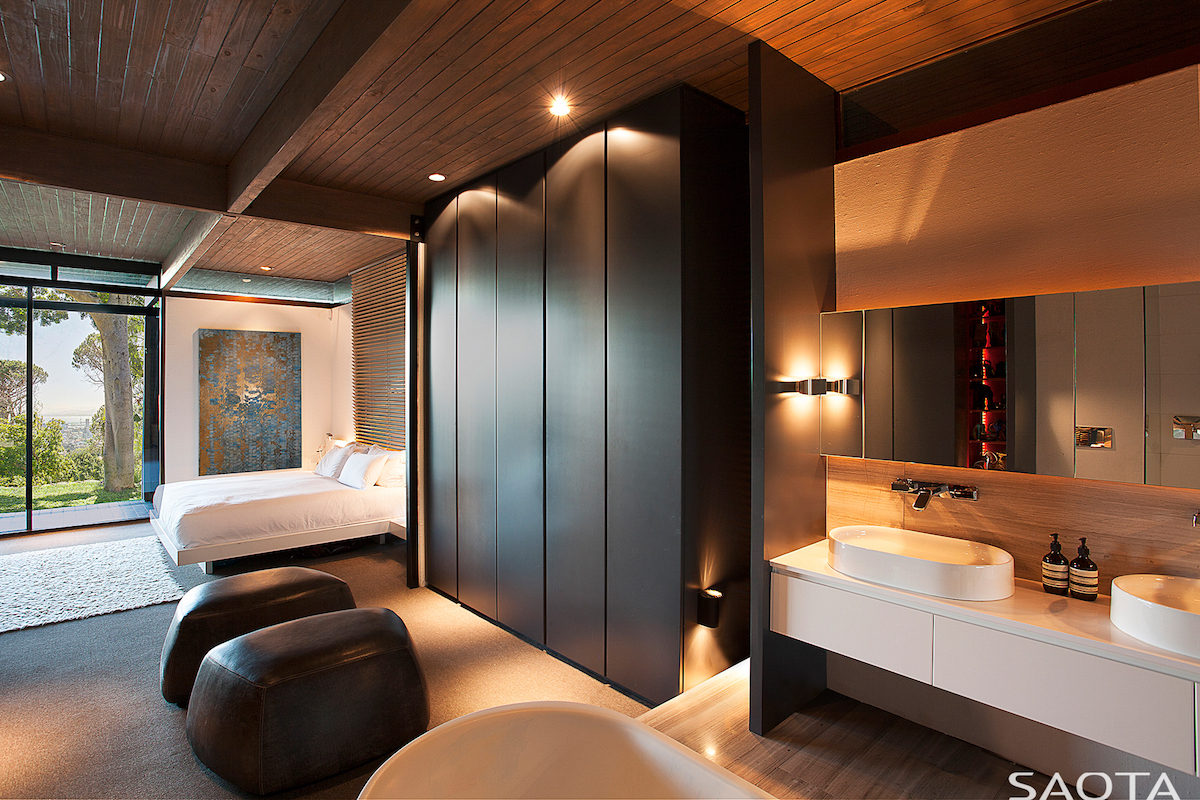 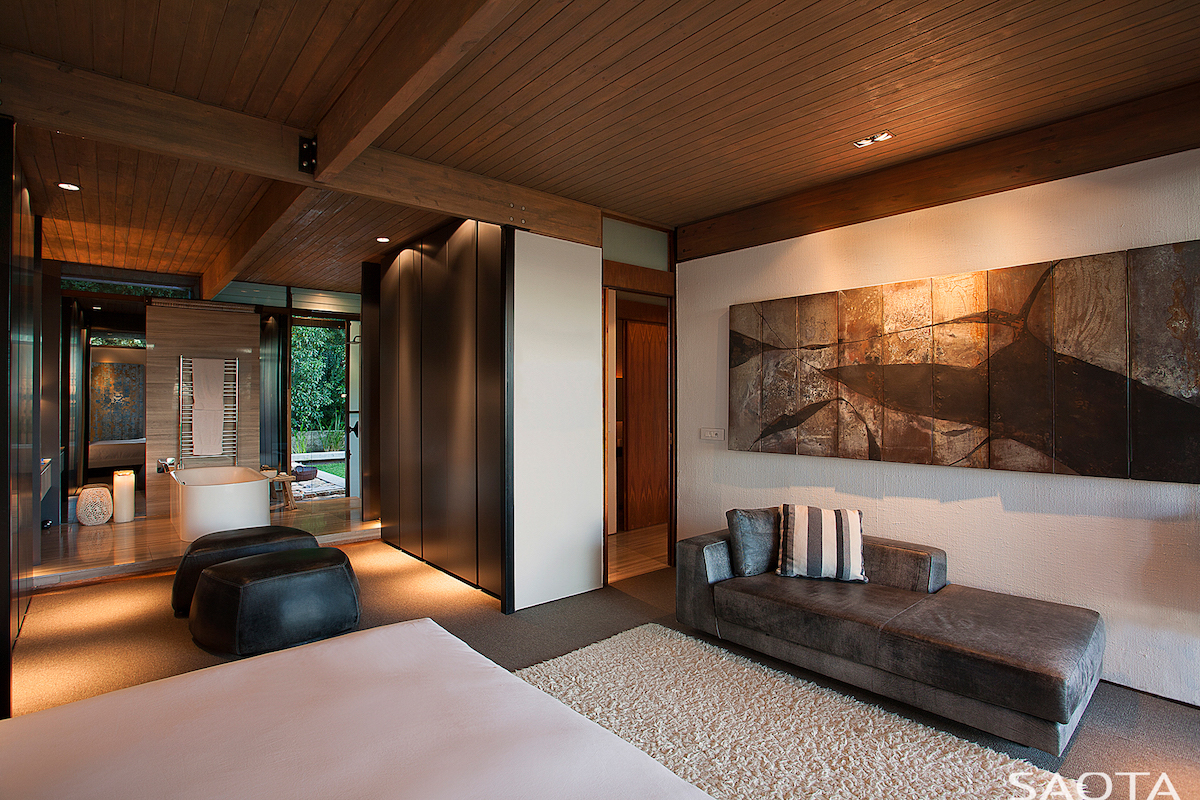 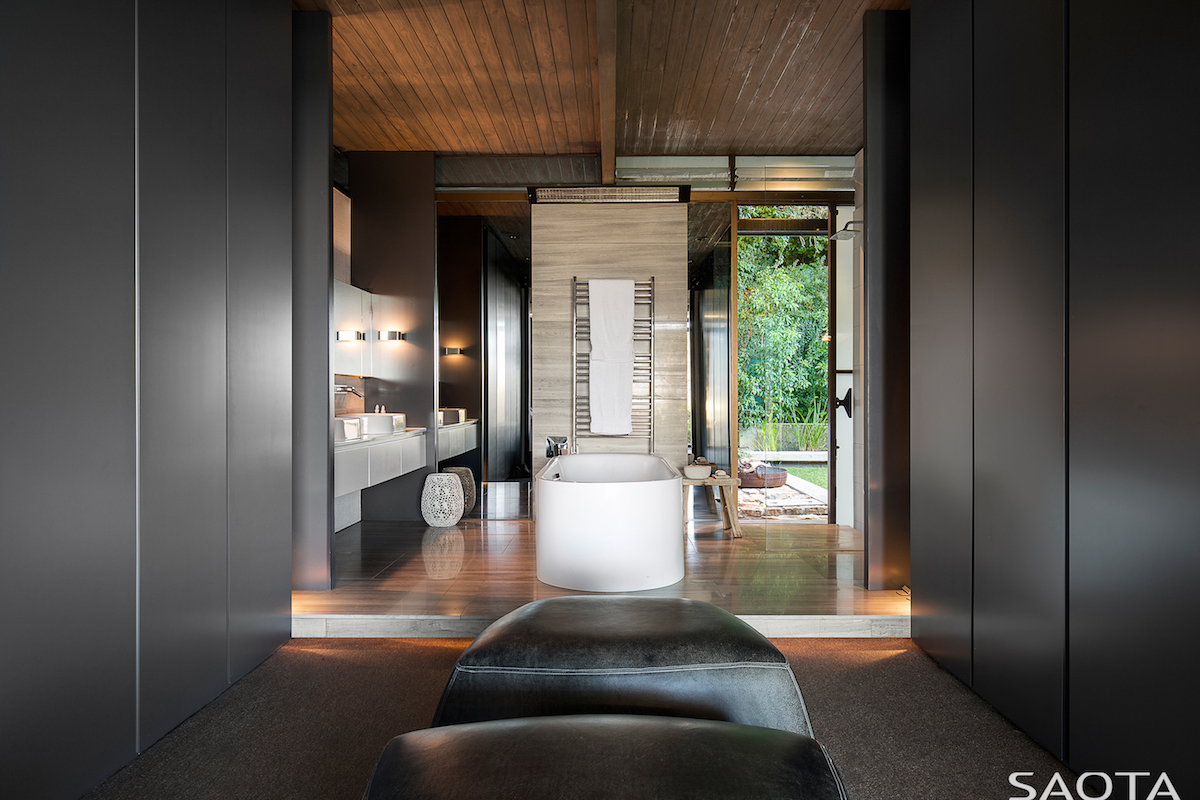 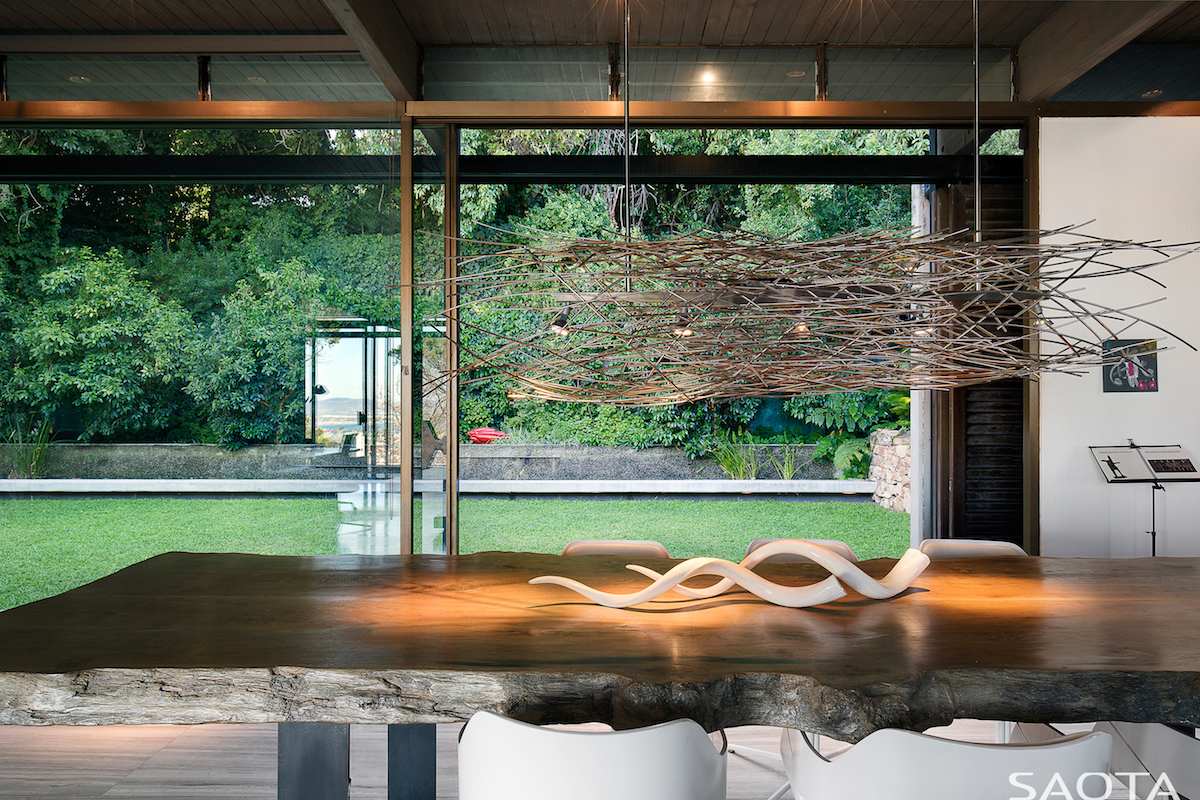 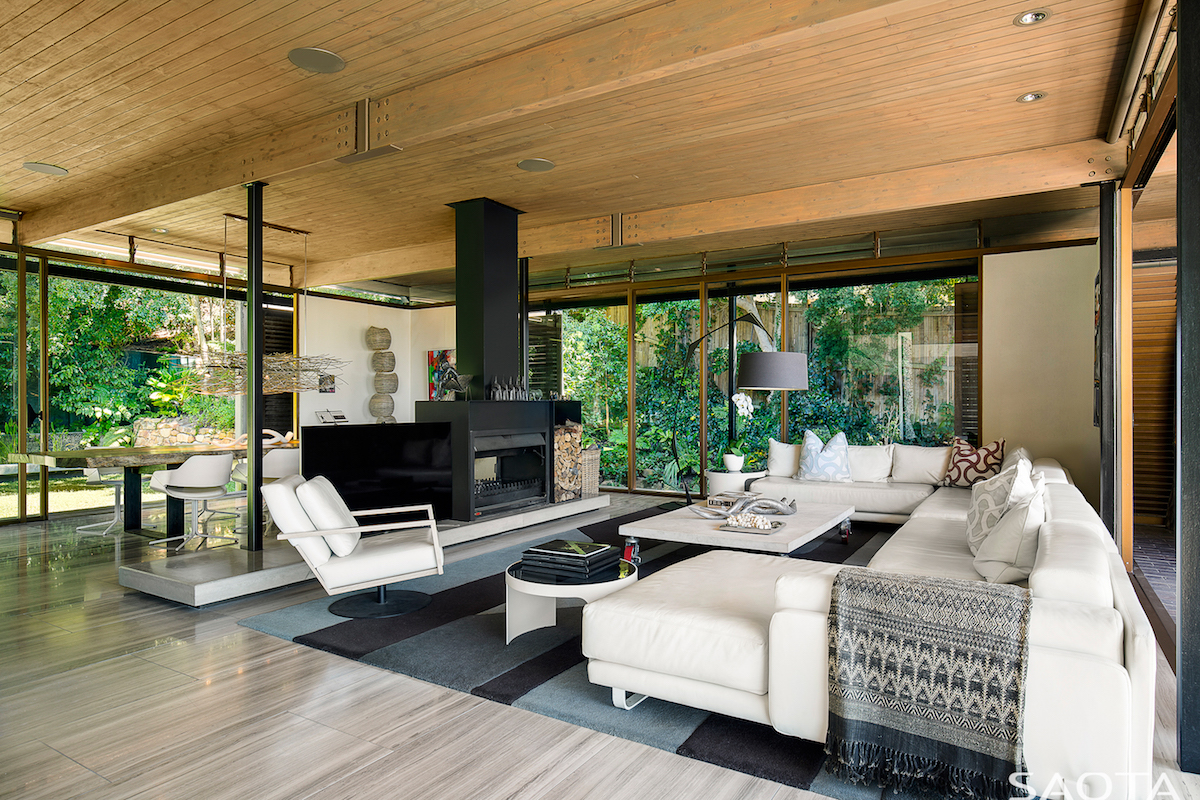 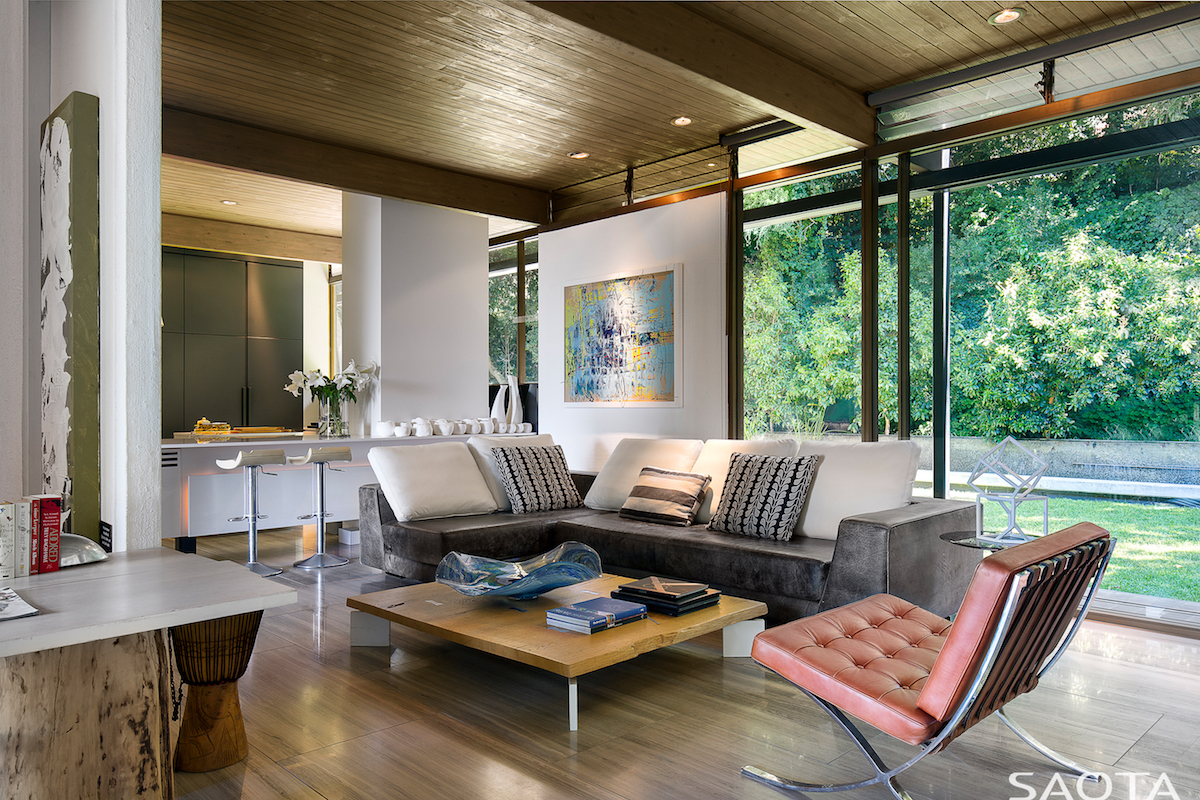 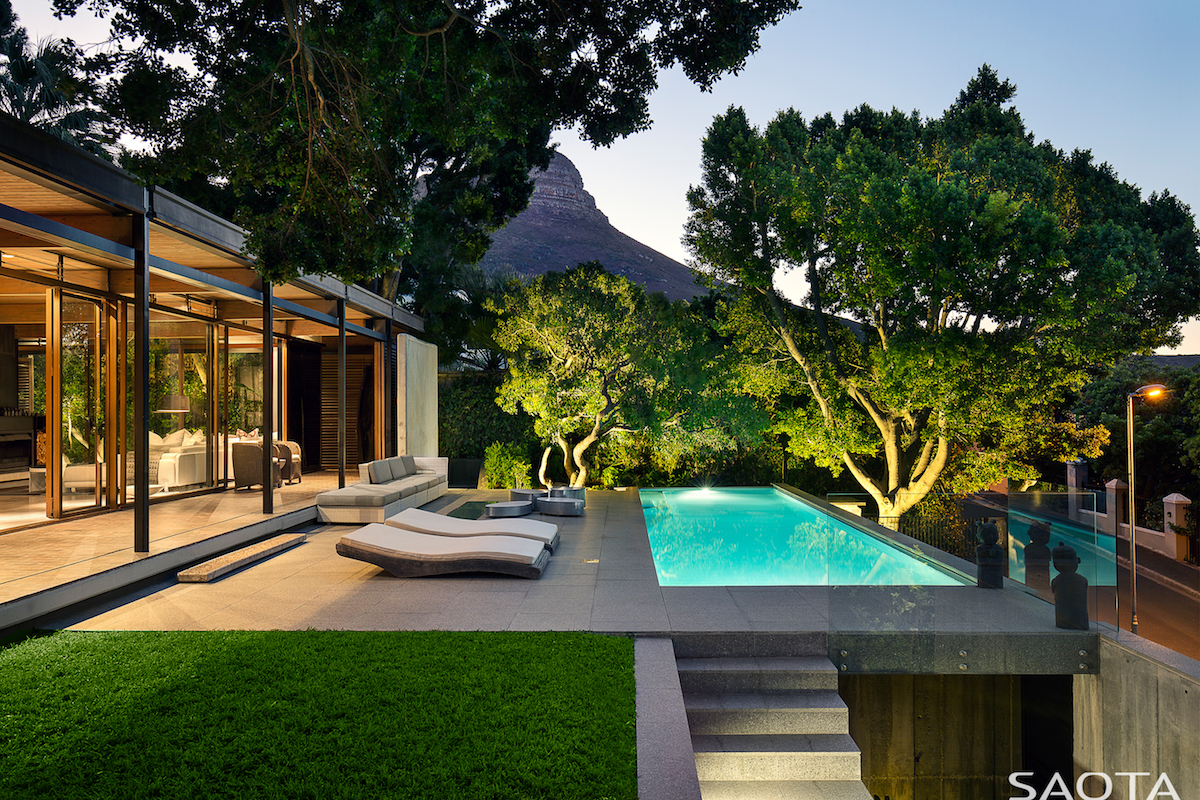 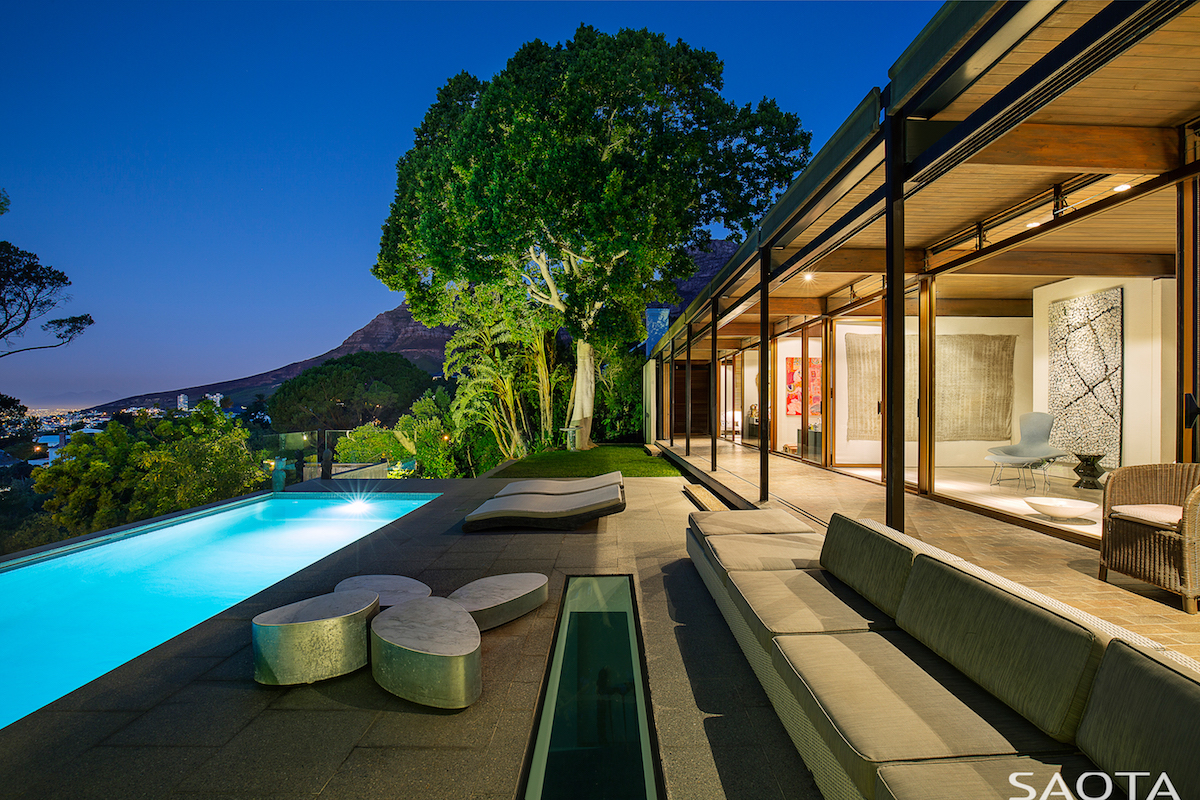 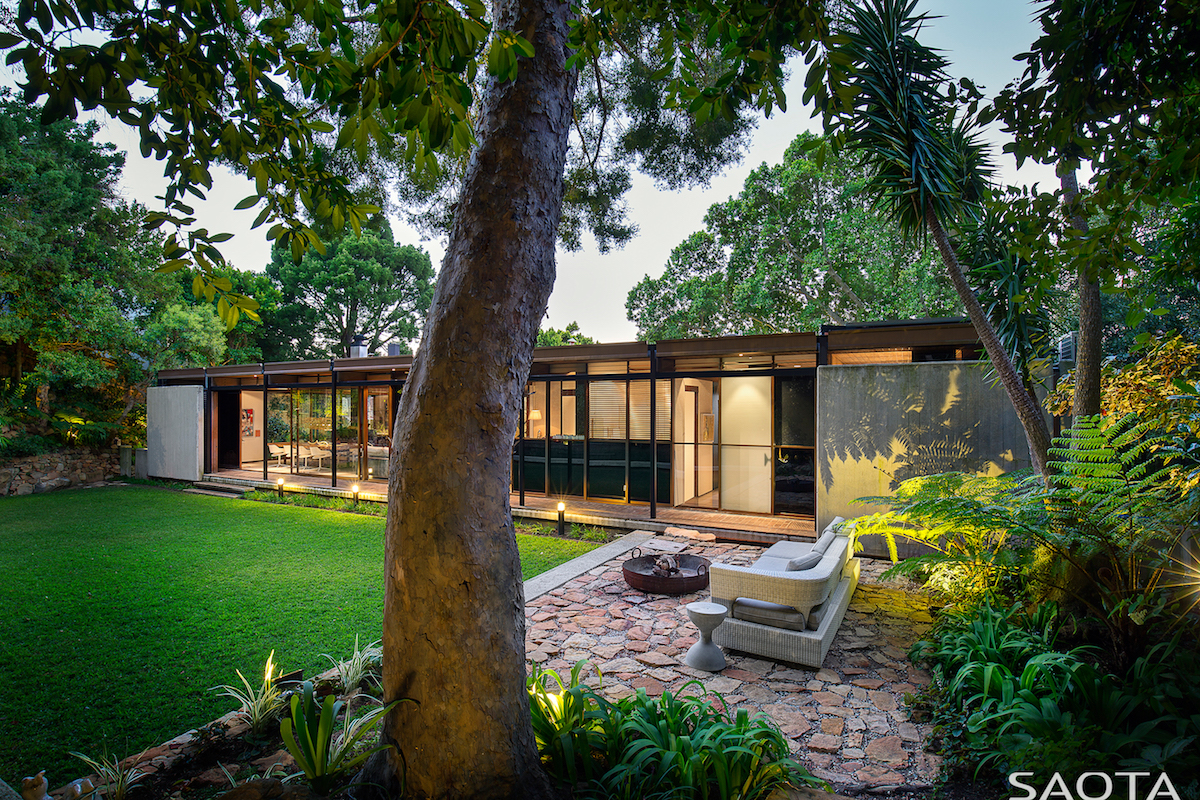 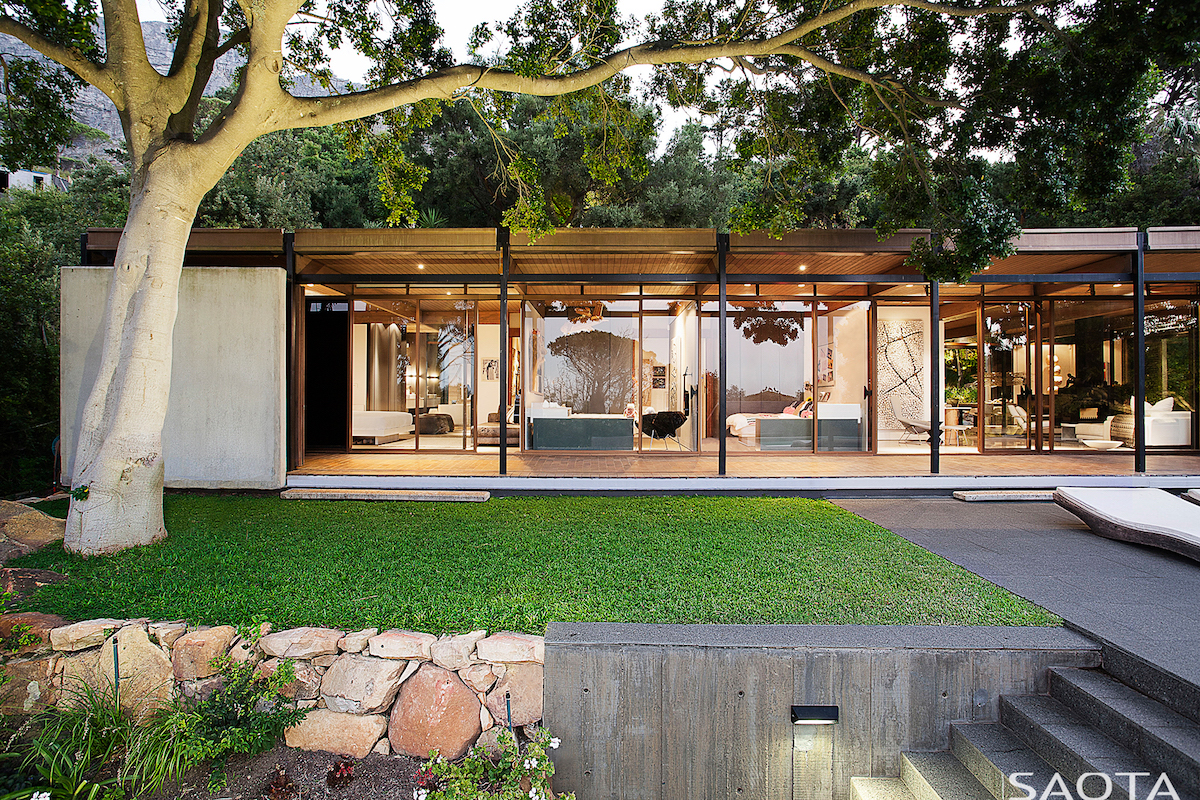 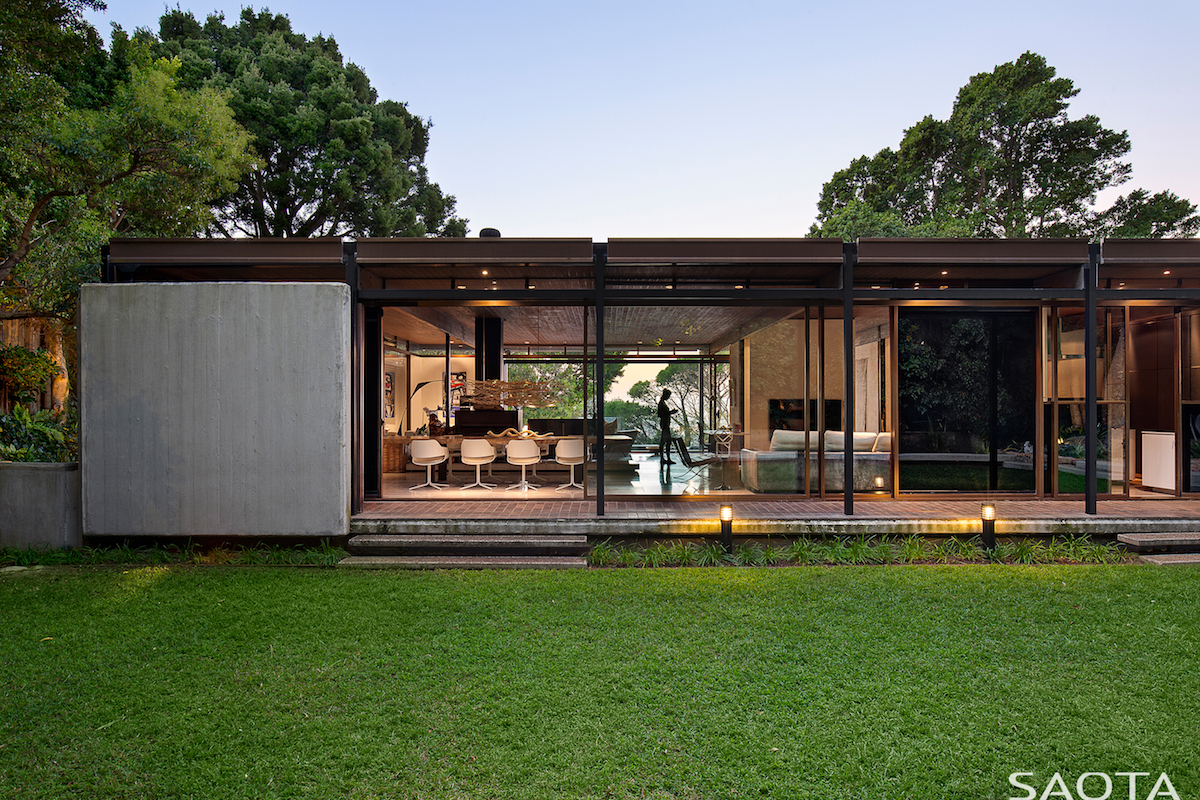 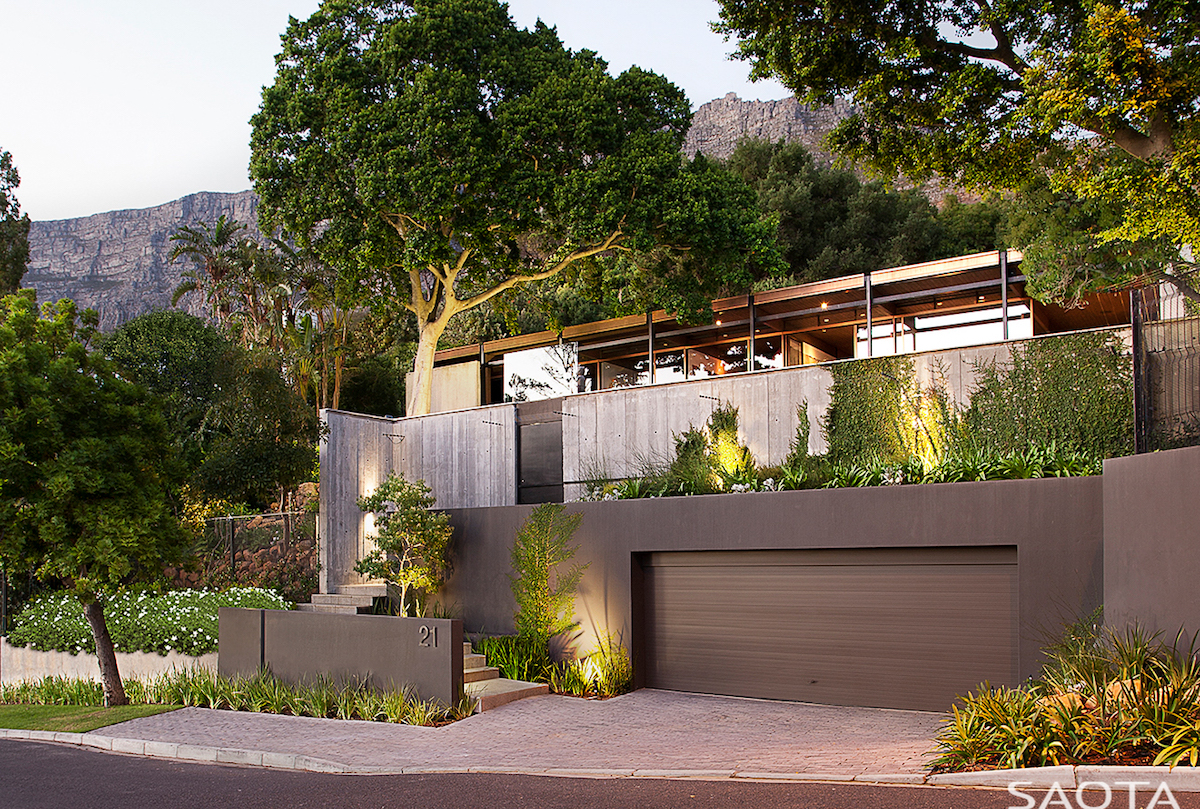 Once upon a time (in 1969 to be more exact) there was a talented architect by the name of Gilbert Colyn who decided to build a beautiful house for himself. He chose a spot below Table Mountain which had a nice view of the city of Cape Town, in South Africa. He drew inspiration from the designs of two already existing houses. They were the iconic Glass House which has been designed by Phillip Johnson in 1949 and the Farnsworth House completed in 1951 by Mies van der Rohe. It was a stunning house but, as time passed, it started to lose its identity and charm. Then, in 2017, things changed.

The house was purchased in 2013 by architect Stefan Antoni of SAOTA. At this point, the house had already suffered numerous additions and alterations which weren’t exactly on a par with its original design and beauty. They were mostly out of character and didn’t reflect any of the features which the original architect had worked hard to implement back in 1969. In addition, the house had also been abandoned for some time and was in really bad shape, on the brink of being demolished.

SAOTA started the process of returning the house to its original state. The goal was to help it rediscover its beauty and to not only save it from being destroyed and forgotten but also bringing it up to date so it could serve as a home suited for contemporary living. Together with ARRCC, they enhanced the overall structure and design of the house, inside and out.

Several modifications were done to the exterior of the house. Visually, it was updated with a simple and modern design in sync with the original architecture of the house. Both the street-facing facade and the rear are open to the surroundings and feature full-height windows and sliding glass doors yet this doesn’t deprive them of privacy. at the same time, the swimming pool was relocated. Initially it was shaded by the mountain and it’s been moved to the sunny side, featuring a lounge deck and nice views of the city. This change allowed the courtyard to be transformed into a garden with a lawn, beautiful flowers and a water feature.

At the interior of the house, several partitions were removed thus allowing adjacent spaces to be connected. The living room, kitchen and dining area are now a single open space with sliding glass doors and full-height windows that open them to the garden and the surroundings. The main bedroom and its bathroom were connected as well. All these changes were aimed at refining the living experience and allowing the house to become an inviting and practical home with contemporary charm.