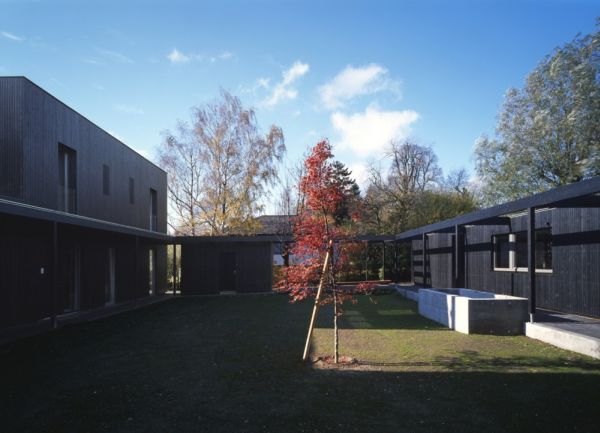 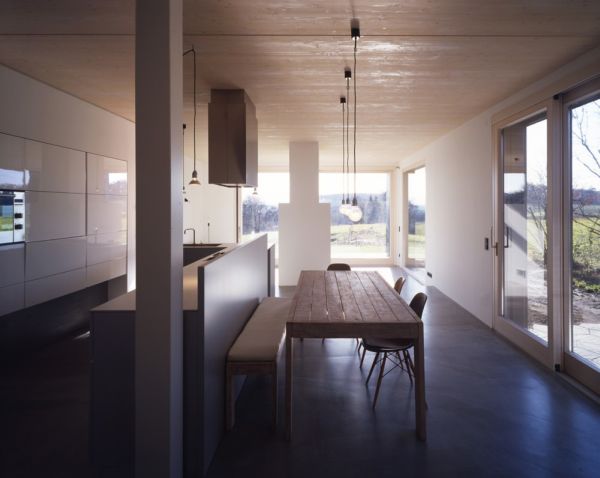 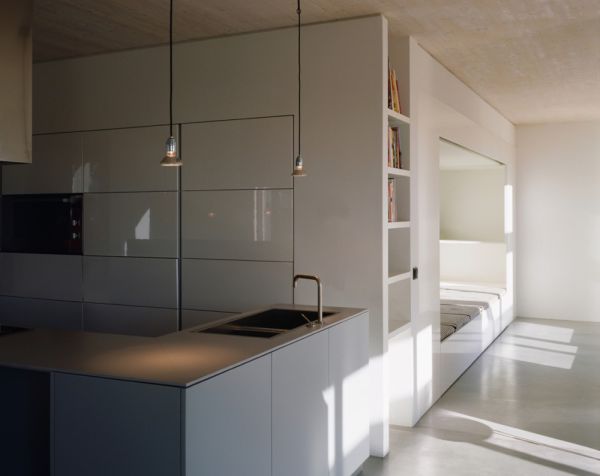 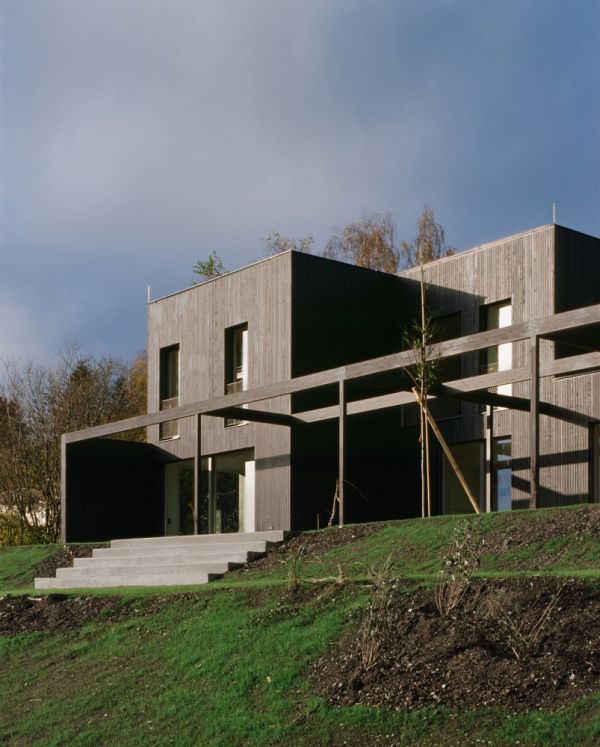 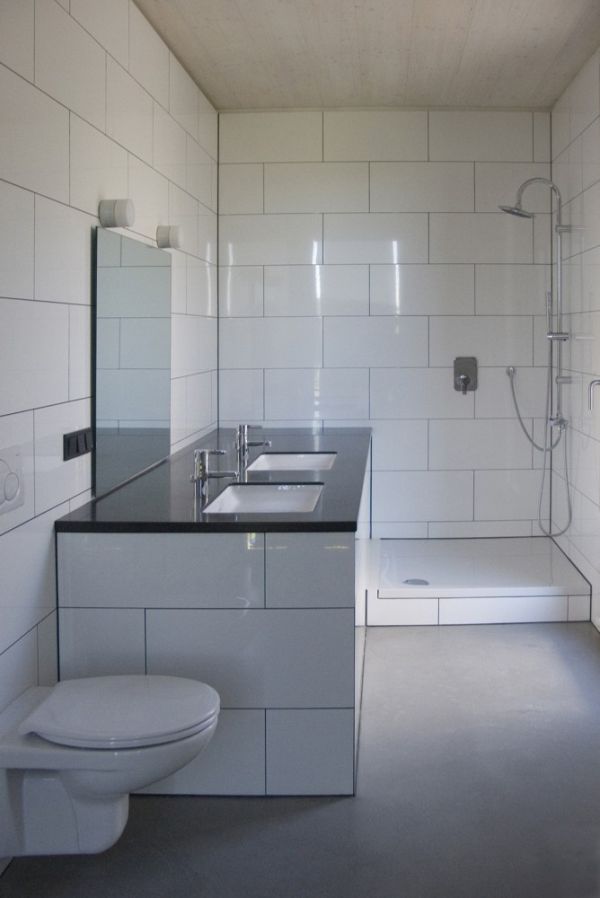 This is a house for two, but not two persons, the two pieces of a couple but two families. It’s not that unusual for two families to be living together, even though most people feel the need for intimacy and privacy, for a space of their own. This house is located in Sankt Andrä-Wördern, Austria. It was built in 2010 and it covers an area of 374.0 square meters and was designed by Triendl und fessler architekten.

Visually, the house has a modern and minimalist look. It features an elongated shape with large windows offering views of the meadows and the fields and a simple but beautiful palette of colors. The exterior façade is grey and the large windows are reflecting the blues in the sky creating a very beautiful and balanced contrast. The house was built in the center of the plot with several outdoor areas on the north and south sides. The interior of the house is quite mysterious and, even though the windows are large, they don’t offer much information regarding what’s behind them.

The building features two volumes, one for each family. They both have similar structures and designs but the size varies, as well as the shape. The ground floors of both volumes include the living and dining areas. The service rooms, the kitchen and the stairs are placed in the center. The bedrooms are situated on the first floor, they have floor-to-ceiling glass windows and benefit from panoramic views of the surrounding landscape. The building also has a wooden terrace that’s a shared space. There’s also an area separating the two volumes and it includes a sauna.{found on archdaily}.