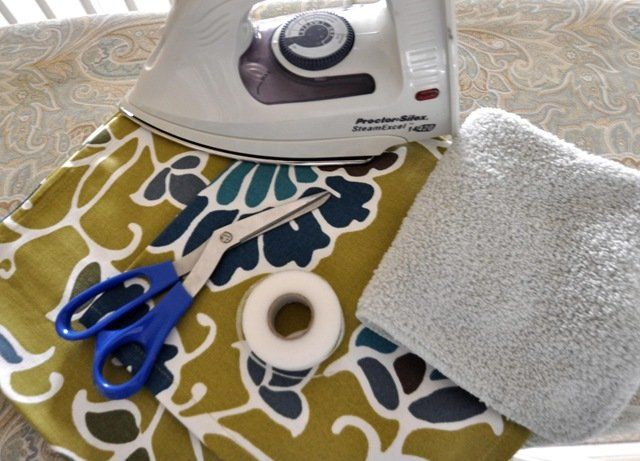 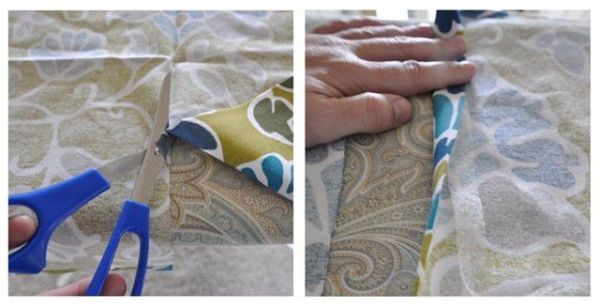 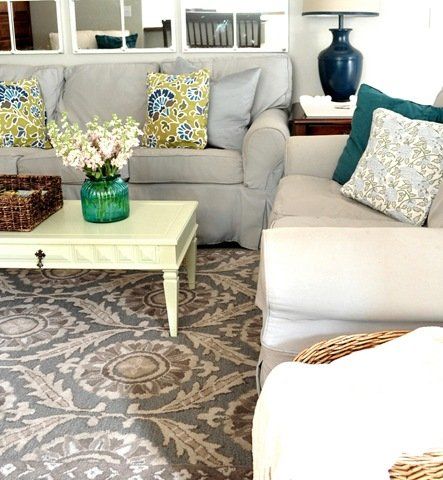 Cloth napkins have the size and the shape that usually resemble a pillow. When you think about it, using colorful napkins to make pillow covers is not such a bad idea. The first thing that comes in mind is that you should just take two cloth napkins and sew them together. However, it’s not so simple when you don’t have a sewing machine. It’s why we’re so pleased to have found a new method that doesn’t require sewing at all.

To make a pillow cover you’ll need two cloth napkins measuring 20’’ x 20’’, fusible web, a moist washcloth, scissors and an iron. Start by cutting one napkin down the exact middle. Then fold over ½’’ and align the fusible web underneath the edge. This will create an opening in the back that will allow you to easily remove the cover. Next, using the hot iron and the moist washcloth, seal the seam. Repeat the process for both cut sides of the napkin. It will take about 20 to 30 second for the steam to activate the webbing.

After the first part if done, layer the seams one over the other and then the other napkin on top. The pattern sides need to be facing each other. Using fusible web and the iron attach the napkins together. Now you have a new pillow cover and you just made it without sewing at all. You might need to use a safety pin for the back but this shouldn’t be a big problem.{found on centsationalgirl}.