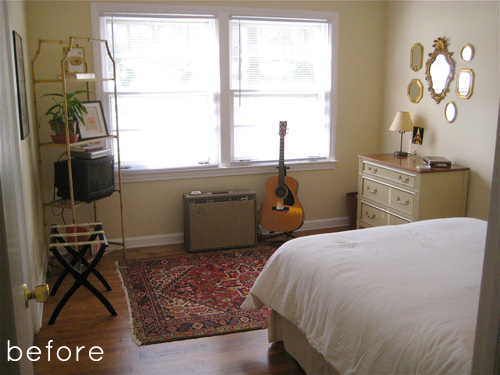 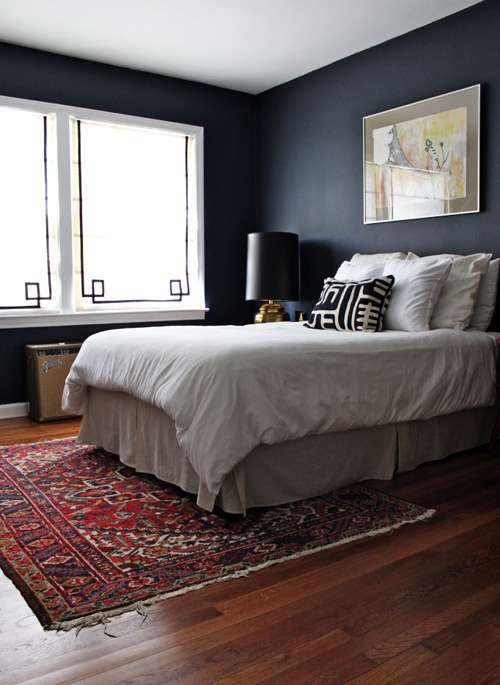 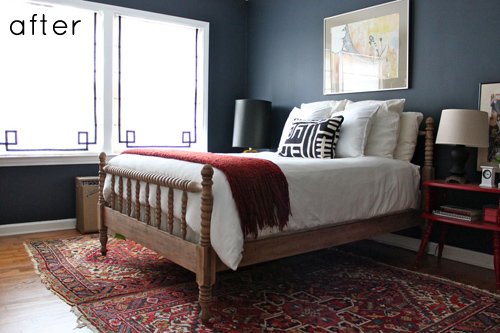 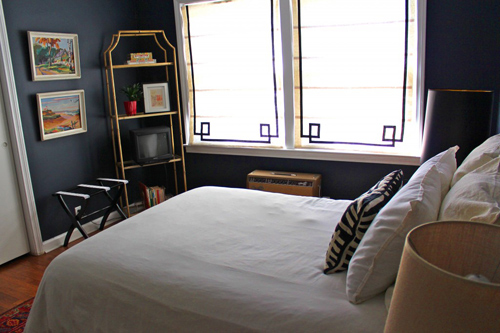 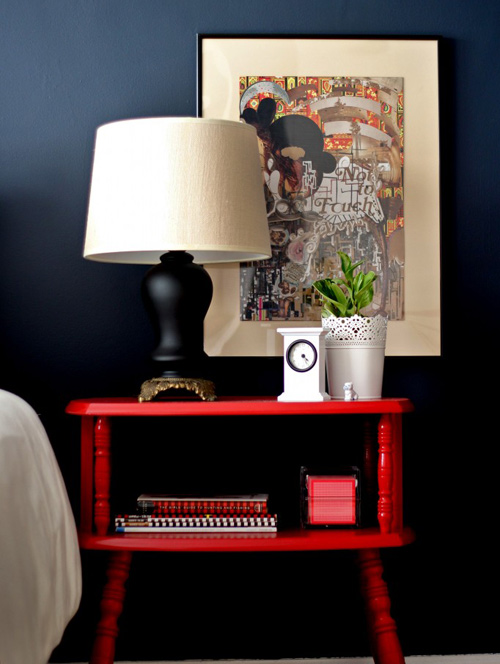 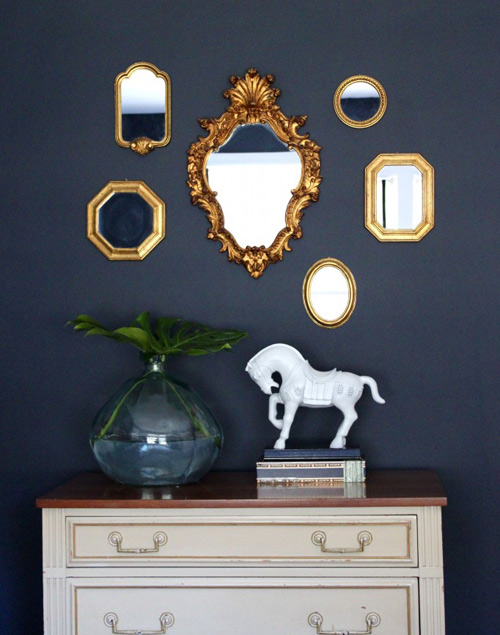 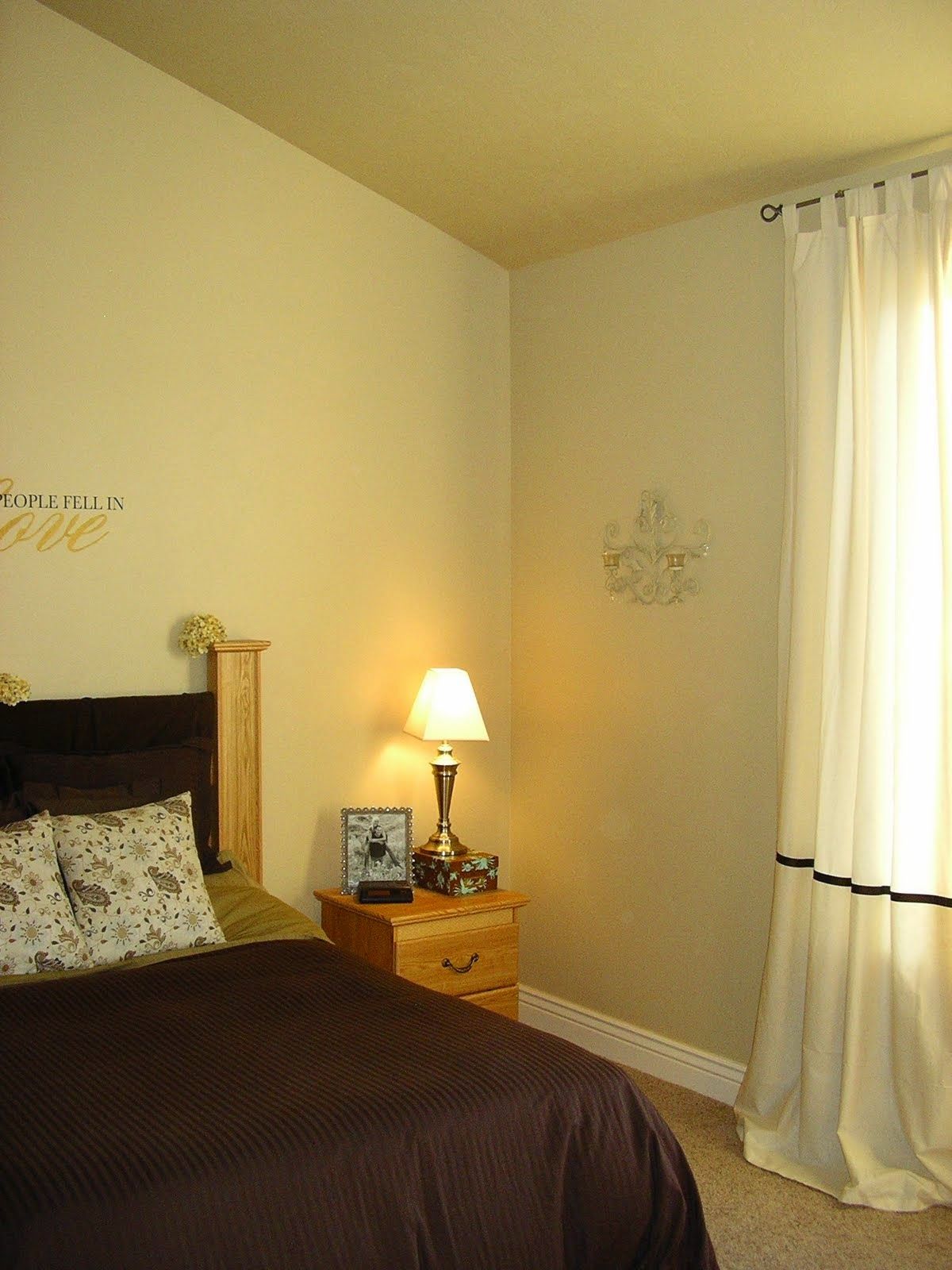 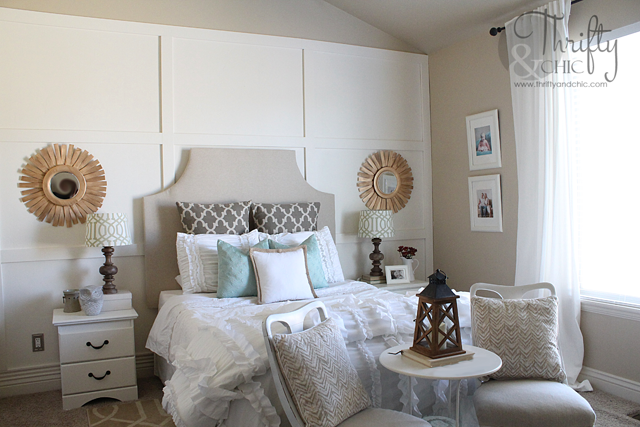 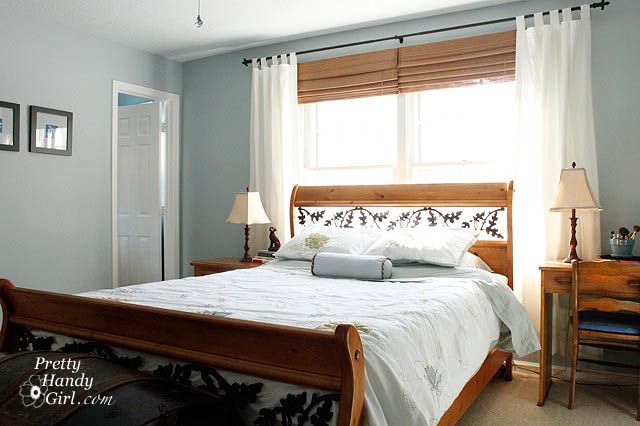 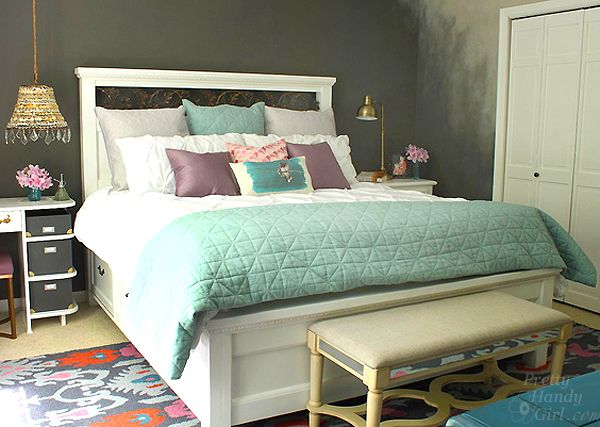 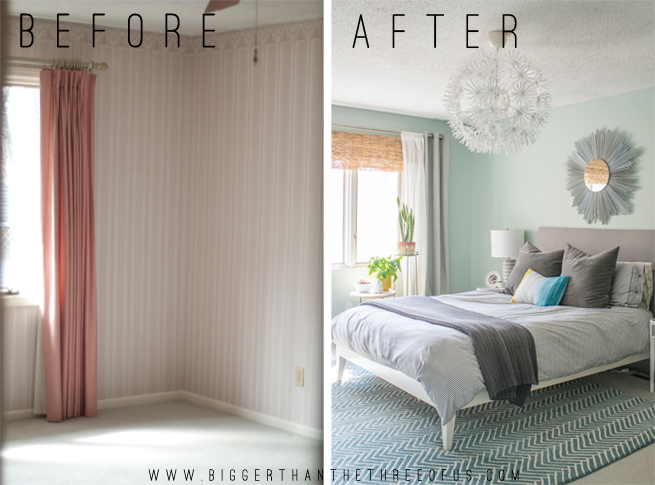 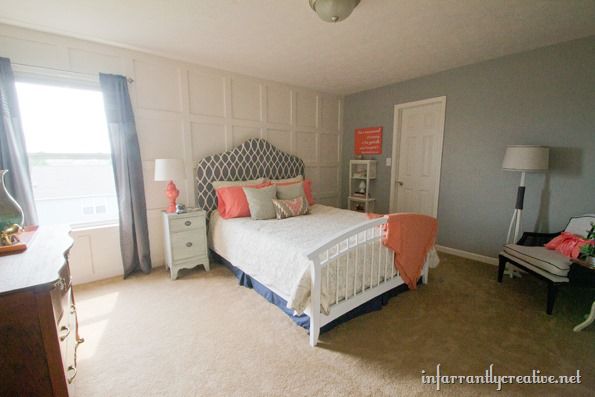 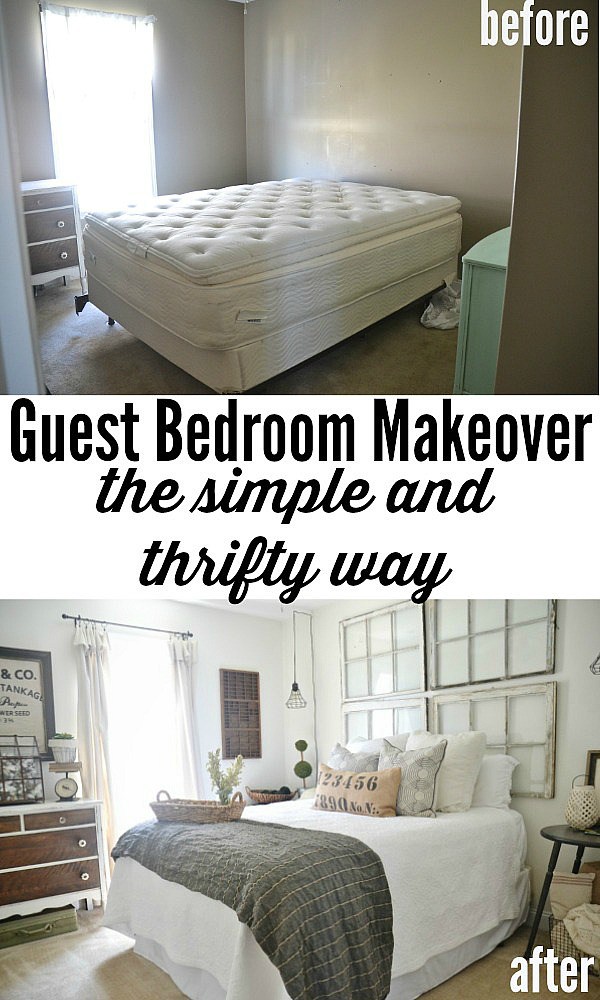 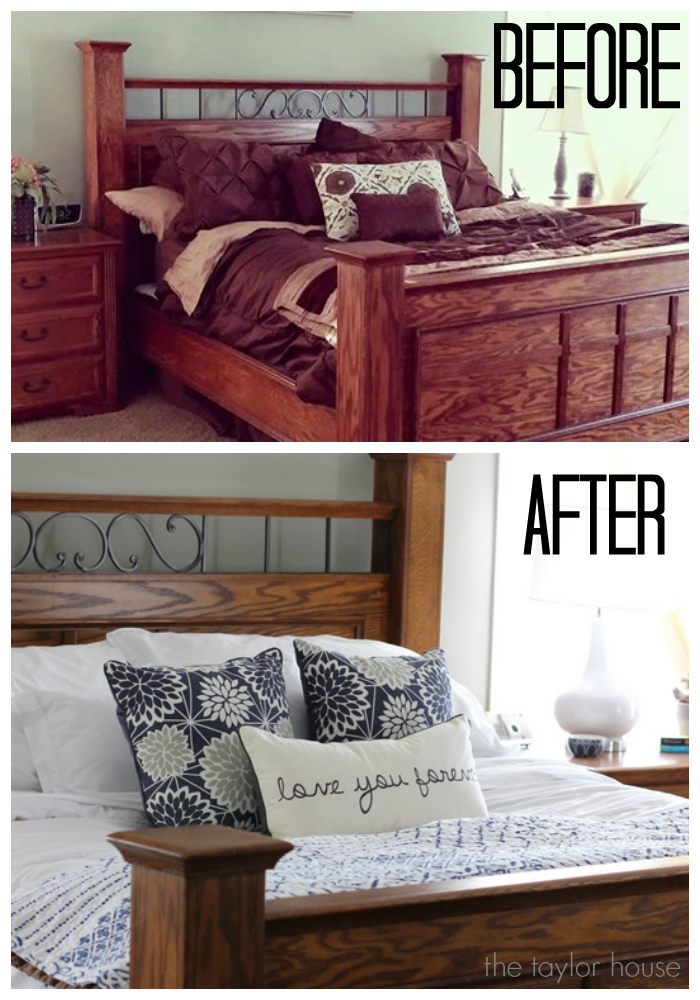 Each room has its own function and fits into the whole of the home in a unique way. The role of the bedroom, for example, is to be a relaxing and comfortable environment. Each of us has their own idea of how such a space should be decorated so there’s really no way of establishing a clear set of rules. Our perception can also change in which case a bedroom makeover becomes our best option.

It’s often considered best for a bedroom to be bright and open. However, as it turns out, a dark color palette can have a wonderfully calming effect and can be a great option in the case of a bedroom. A makeover can focus mainly on changing the chromatic palette in which case the walls would have the biggest visual impact. Consider painting the walls black, leaving the ceiling white for a fresh touch.{found on designsponge}.

If your main focus is not to change the color palette in the room but rather to create a cozy ambiance through texture, have a look at the project described on thriftyandchic. The wood-paneled accent wall behind the bed is just what a bedroom needs to feel warm and welcoming even with a color palette mainly based on white. To add a similar feature wall to your room you’ll need MDF boards, decorative molding, paint, tape, a nail gun, primer and white caulk.
In some cases the biggest change you can make when you want to change the ambiance in a room is to reposition the furniture. The bed, for example, can be placed in front of the windows. Although it’s true this would partially block access to the windows, the visual impact this change would have would be very refreshing. Some curtains would frame the bed nicely, completing the look. {found on prettyhandygirl}.
A change of colors from warm to cool can prove to be a suitable choice when trying to refresh the décor. For instance, a bedroom that uses to be decorated with shades of coral and pink became a mint green space with gray and glue accents. You can find a more detailed description of the transformation on biggerthanthethreeofus.
In order for harmony to be established in a bedroom, everything has to be in sync. This include the colors, the textures, patterns as well as the little things such as the accessories, the placement of every piece of furniture and the decorations. The coral and gray combination featured on infarrantlycreative is definitely inspiring and so is everything else in the room.

A makeover can sometimes include more than just a change of wall color or some new accessories. When you start pretty much with nothing but an empty room such as in the case of the project we found on lizmarieblog, you’re pretty much free to choose a style. Decorating the room doesn’t have to be an expensive process if you choose to use reclaimed items such as these window frames which became wall decorations.

Sometimes the key is in the little details. So if you want to change the look of your bedroom you might not have to make any big changes. It’s enough to add a new table lamp, maybe some new accent pillows and window treatments. Perhaps some wall décor would also be a welcomed addition to the room. Find more inspiration on thetaylor-house.