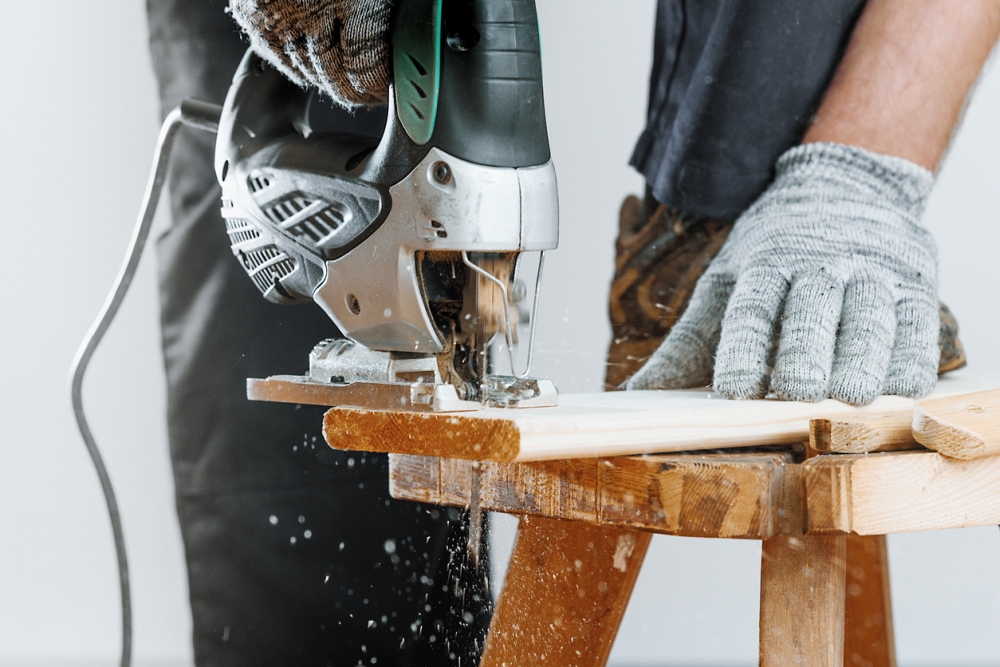 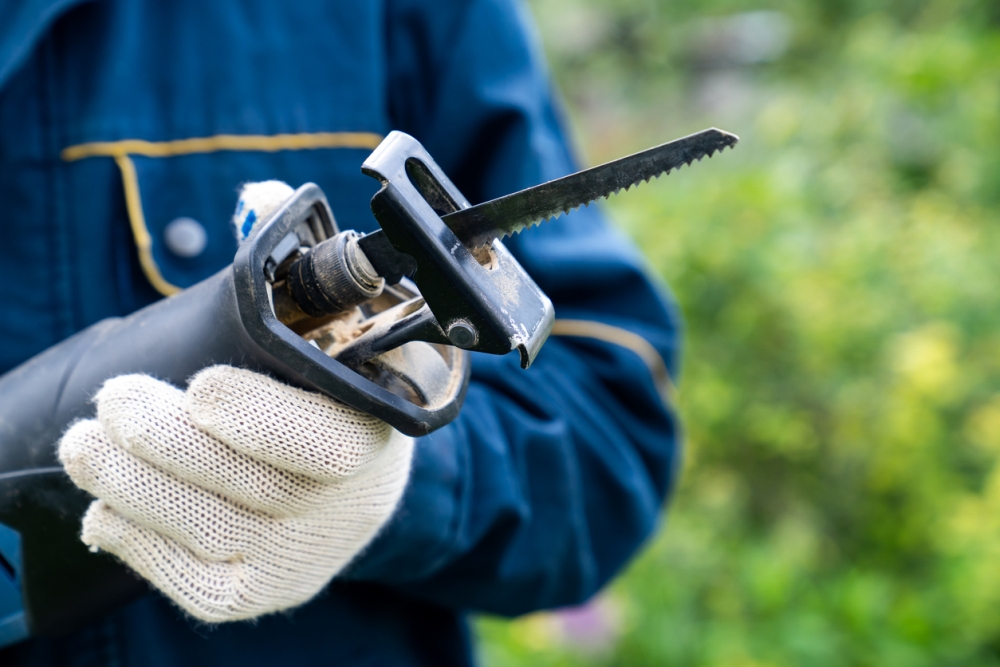 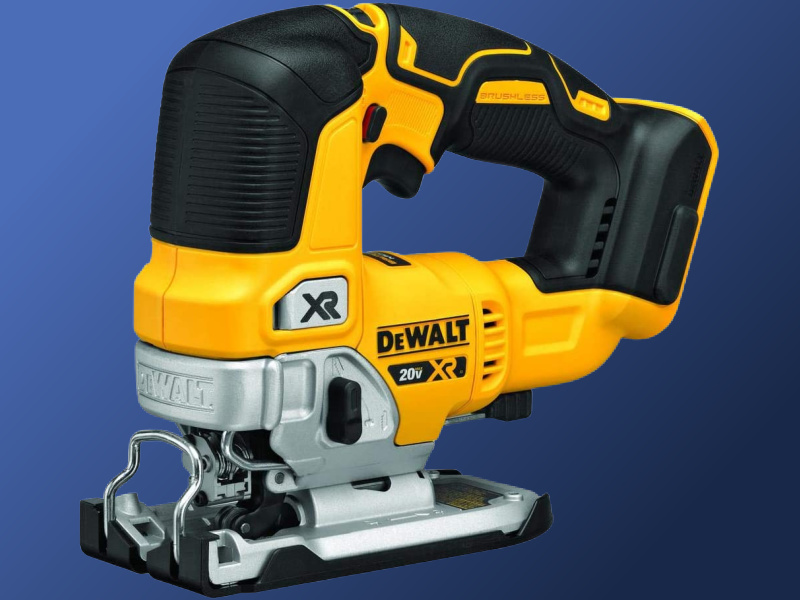 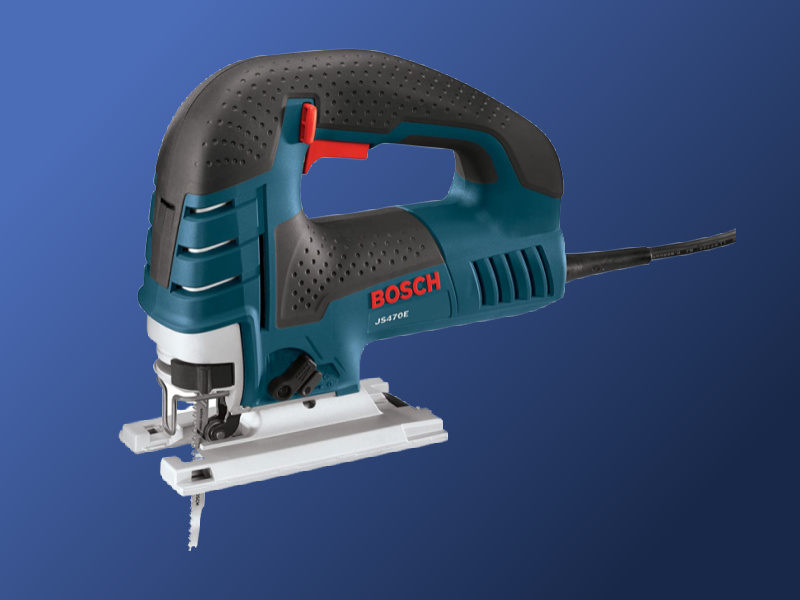 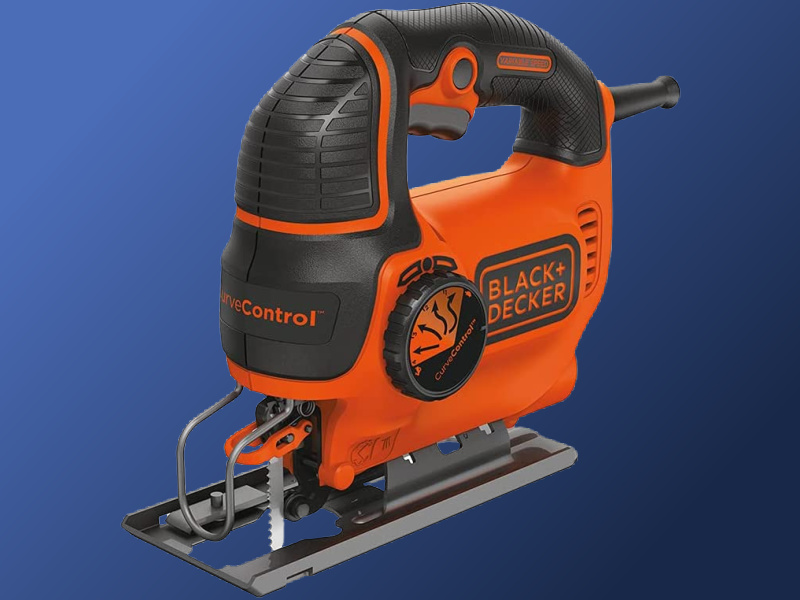 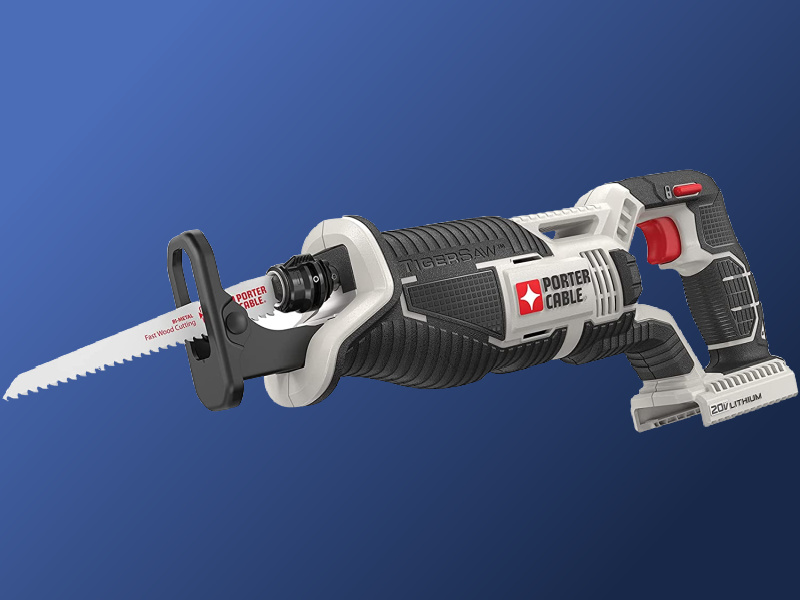 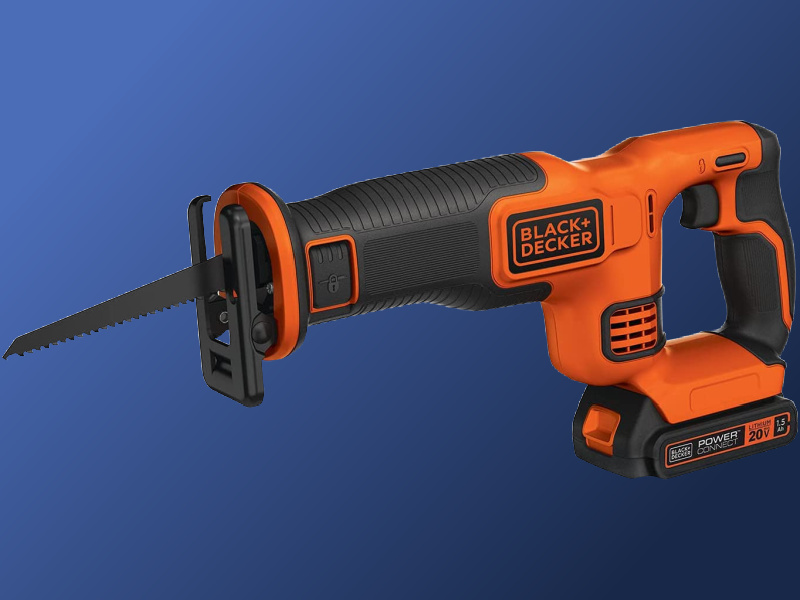 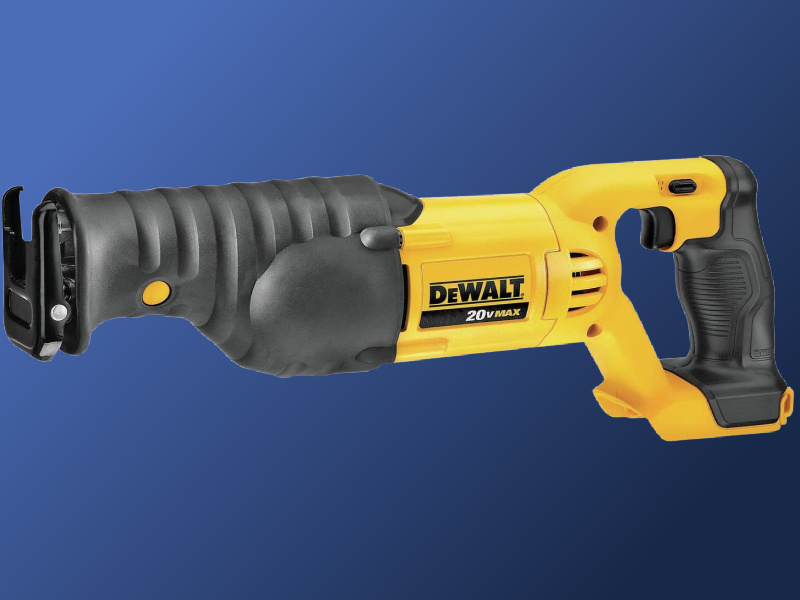 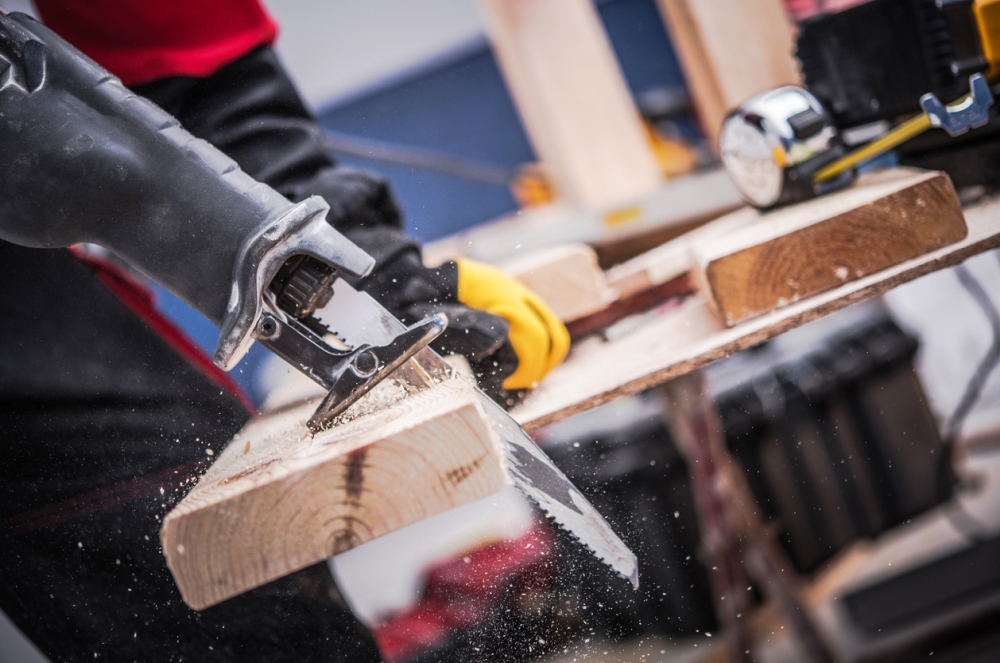 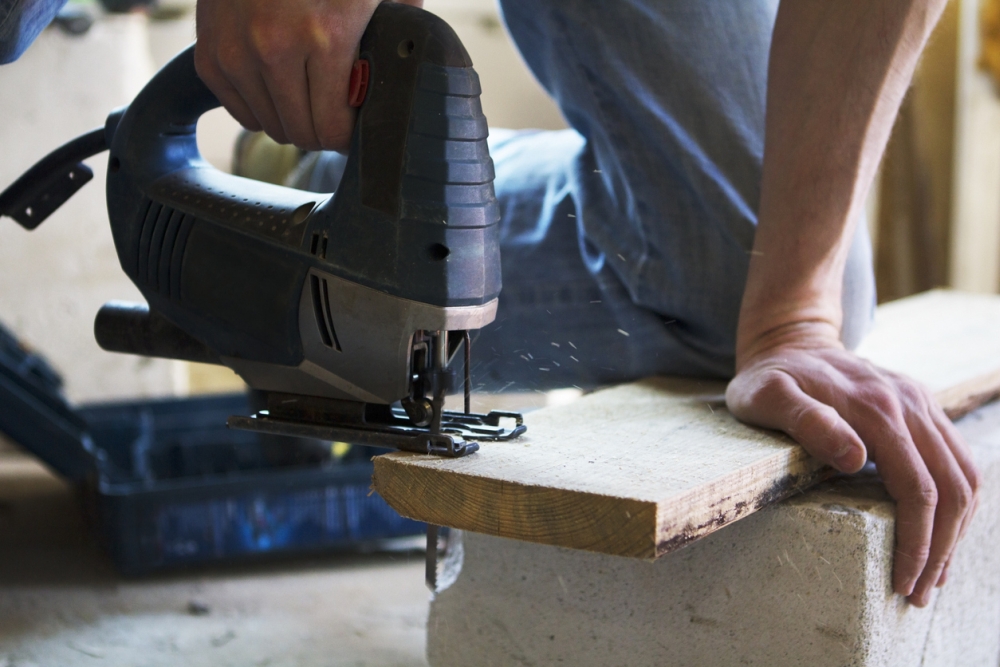 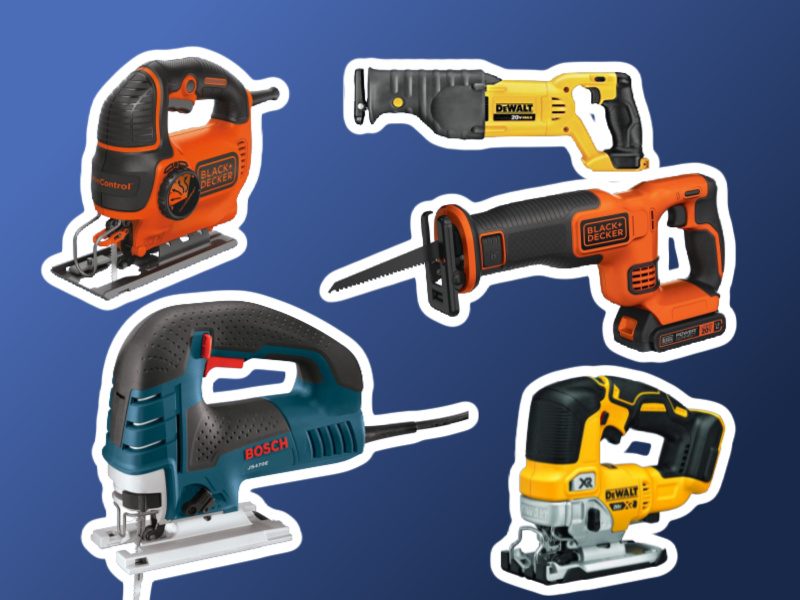 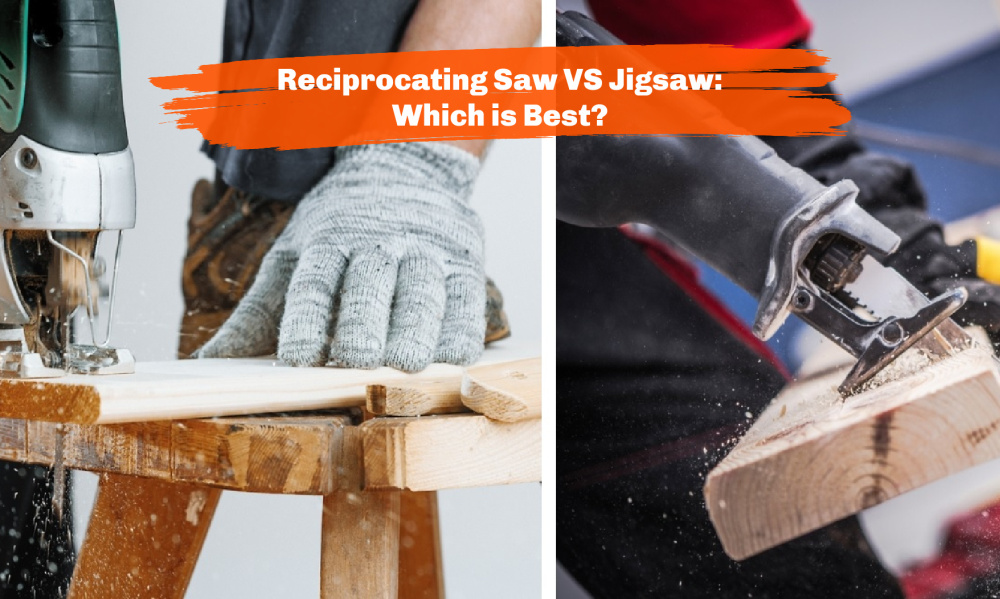 Are you doing some sort of renovation soon? Or a new DIY project? You’re probably looking for tools that will make those jobs smoother and the most common ones would be: reciprocating jaw and jigsaw.

Unlike a circular saw, a reciprocating saw is a saw that makes back and forth motions called “strokes”. You’ll usually see many teeth on the blade. They’re usually powered by the saw’s motor with speeds up to 3500spm.

A jigsaw is a saw that is a singular toothed blade that moves in back-and-forth motions. It can also cut a variety of materials and they’re usually lightweight.

The blade is obviously one of the most important features of the jigsaw since it makes cuts upon the materials. Blades can be found in different forms, and some are made out of different materials, so it really depends on what you’re trying to cut.

The stroke length is important too because for every reciprocating movement, it is a stroke. If there’s a higher stroke rate, it means the blade can cover a lot more than the ones with lower stroke rate.

The motor is important too because it gives energy to the saw and additional features such as LED lights. You’ll want to look for ones that have a decent size motor for your DIY needs.

How to choose a reciprocating saw

This is the first decision that you’ll need to make because it depends on how long you plan on using the reciprocating saw for. A cordless one will give you the freedom to move around and do your work in a different area if you need to. But it doesn’t last as long as a corded one as it usually runs on batteries. A corded one is best for longer projects and if you are going to be staying in the same room/space so that an extension cord can be used.

On cordless saws, they are usually based on voltage. You’ll often see 18 and 20 V. Just because you see 20V, it doesn’t mean it’s the most powerful one out there. It just means that when it’s fully charged it’s at 20V, but when it’s in use, you’ll get the same power as 18V.

Most or all reciprocating saws come with some variable speed controls. Some have triggers or dials. It depends on what you are comfortable with so that you can decide from there.

You’ll have to change blades when using reciprocating saws. It might get dull, or you may need to cut another material which requires a specific blade. You’ll want to look for tool-less blade change so that it can be done safely and quickly.

Reciprocating saws usually have Strokes Per Minute (SPM) of 2700 to 3000. Of course, you’ll want to be in between that so you can get the perfect speed, such as 2900 SPM. Stroke lengths with this saw usually are 1 to 1 ¼ inches but you’ll typically see 1 ⅛ in most reciprocating saws.

Because of the way you move with reciprocating saws, there can be vibration issues. But if you look for one that has vibration control or even anti-vibe, it’ll be better and easier on your hands while you’re cutting.

How to choose a jigsaw

A typical jigsaw movement moves the blade up and down only as the jigsaw moves forward and backwards in an orbiting action jigsaw, and the blade moves gently forward and onto the piece on the upswing.

The higher the amperage, the more powerful the tool is. You’ll want to get one that has high amperage so it can have enough power to do any job.

Of course, you’ll have to choose between cord vs cordless. Cordless gives you the freedom to move around, whereas a corded one will last you much longer if doing a bigger job.

While most jigsaws have adjustable shoes, you can angle the instrument to bevel cuts, the better devices have commonly adjustable stops, such as 22 1/2, 45, and 60 degrees. Avoid saws with aluminum stamped shoes; stronger equipment is based on cast steel which is what you want.

Some jigsaws come with dust ports/bags and LED lights/lasers (the newer ones do) so if you are wanting those features, you’ll definitely want to look into the newer ones as it’ll make doing your project a breeze.

Dewalt is a very popular brand for tools such as reciprocating saws. This one by Dewalt, the DCS380B model, is one to consider because it has a variable speed going up to 3000 strokes per minute. It also has a 1 ⅛ inch stroke length for cutting.

There is a keyless lever action 4 position blade clamp that allows changing blades go smoothly and quickly. This saw also allows flush cutting and a variety of applications. There is a pivoting shoe that helps keep the saw stable and it helps extend the blade. This saw runs on battery, but you’ll need to buy it separately. It’s extremely light weight at just a pound.

BLACK & DECKER makes really good power tools and this is no exception. This model, the BDCR02C, has a 3000 SPM motor which is very powerful. There’s also a variable speed trigger too and an electric brake so that you can stop the saw exactly when you need to. There’s also tool free blade change feature and of course an adjustable pivoting shoe that makes using this saw extremely easy to use.

If you are looking for a reciprocating saw that’s compact, you’ll be happy with this PORTER-CABLE PCC670B model. With 3000 strokes per minute, it’s extremely powerful and aggressive that it can pretty much cut through anything.

It can do 1-inch strokes. Speaking of speed, there is variable speed control. There is a contoured over-molded handle for your comfort if you are doing long jobs/projects. The pivoting shoe keeps in contact with the material for stability. There’s also a tool free blade change system that can let you change your blades quickly and easily. This does run on batteries, but they are sold separately.

The BLACK & DECKER BDEJS600C jigsaw has a powerful 5-amp motor with speeds up to 3000 SPM. It has a ¾” blade orbital action for precise and accurate cuts. A unique feature of this jigsaw is the curve control technology that has four curve settings so that you can have control over the rounded cuts.

The good news is that it’s very lightweight at 4.6-pounds so you don’t get fatigued while cutting. The shoe is adjustable so that it can level the circular saw. It makes beveled cuts up to 45-degree angle. There’s also a wire guard that helps provide a straight line of cuts while cutting.

The Bosch JS470E Jigsaw is another one that you should consider. It boasts a 7-amp motor with SMP no load from 500 to 3100.Bosch has developed the constant response circuit so that you can get perfect cuts and never worry about inconsistencies. The Bosch has the following additional features:

This circular saw has the capability to cut ⅝ inches of wood and if you’re cutting aluminum, you can cut up to ⅞ inches. The maximum bevel cut is at 45 degrees. It’s a great circular saw for those who work with tools a lot and it’s reliable as the pivoting foot is made out of heavy-duty steel so that it has stability that holds this jigsaw in place.

The Dewalt MAX XR cordless jigsaw saw has a powerful motor with speeds up to 3200 SPM with variable speed trigger and dial. There is a 4-position orbital action that lets you adjust so that you can cut a variety of materials. This circular saw has a bright LED light that helps illuminate your workspace and it’ll make it very easy to follow the cut lines. The blade clamp is an updated all metal lever action and keyless that helps you make quick, easy blade changes. The shoe bevel is also keyless, and you can adjust with detents at 0, 15 30 and positive stop at 45 degrees. The Dewalt MAX XR has a removable shoe cover that will help protect materials from scratches and a dust blower to keep dust and debris away from your workspace as well.

Pros and Cons of Reciprocating Saws

Pros and Cons of Jigsaws

Can you use a reciprocating saw as a jigsaw?

Yes, you can, since a jigsaw is a form of reciprocating saw. They can’t provide the same amount of attention to detail like jigsaws can.

What can reciprocating saws be used for?

The reciprocating saw can be used for:

What is the difference between a jigsaw and a saw?

Can I use a Jigsaw to cut tree branches?

It’s not recommended, but it can be done. You’ll have to slowly cut with the jigsaw while stabilizing the branch. You’ll also want the best blades on here too.

Which one is better? Reciprocating saws or jigsaws? They’re both great tools that’re geared for different projects and they each have their own specialty performing different tasks. If you need to make precise cuts, you’ll want to use the jigsaw.

If you want to cut through tougher materials, the reciprocating saw is for you. In order to decide, you’ll want to consider what project you will be taking on and decide from there. If you’ve found this guide about reciprocating saws and jigsaws useful or have additional questions, please let us know below!