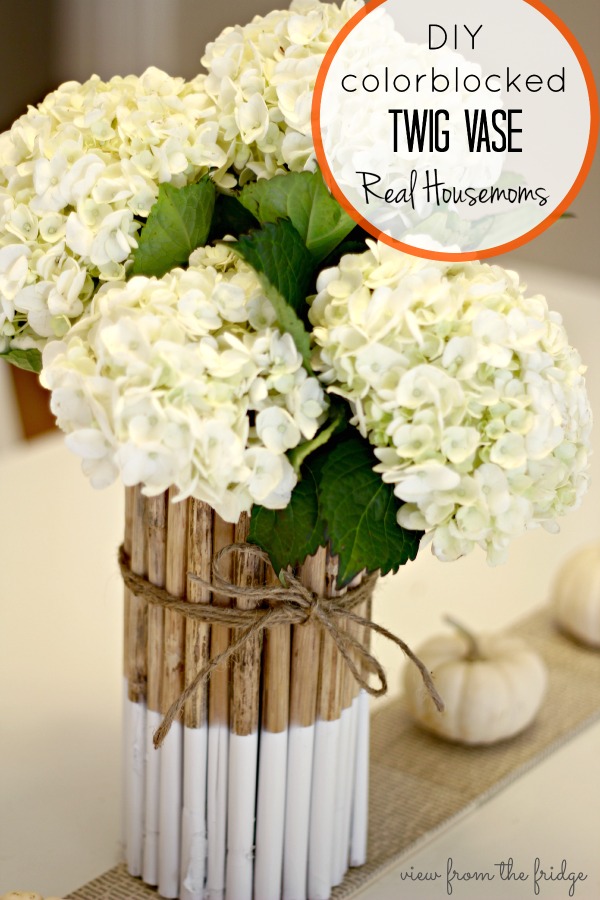 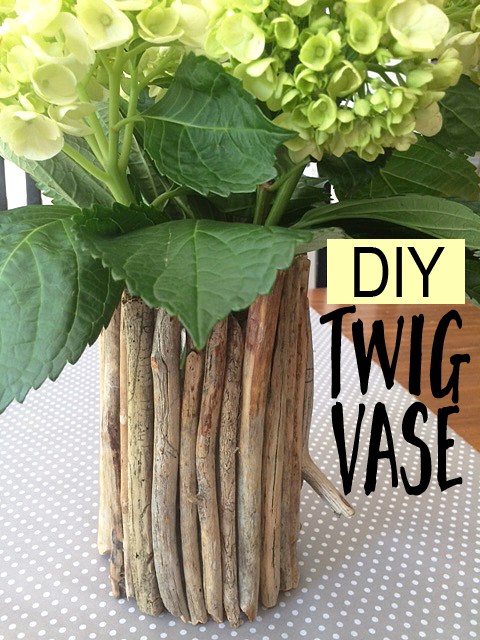 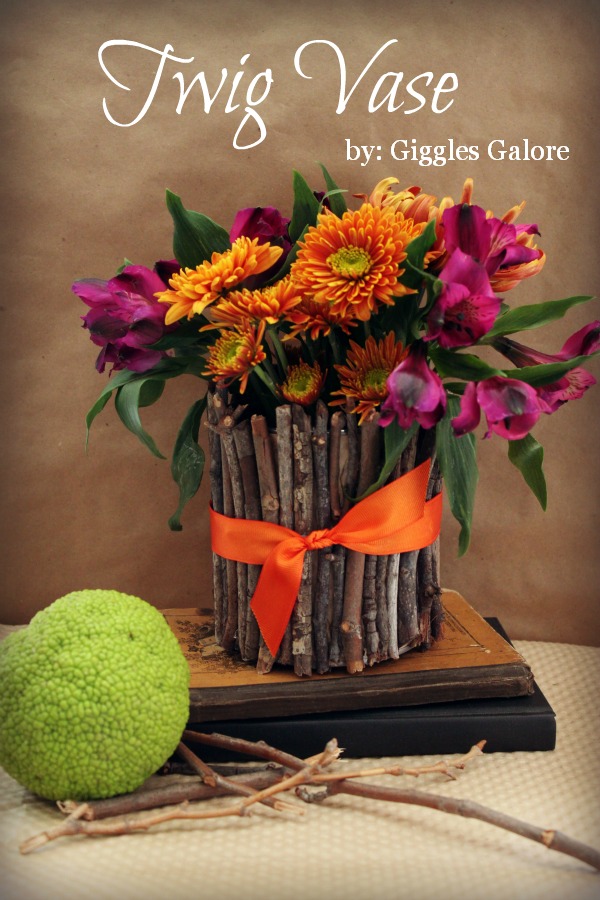 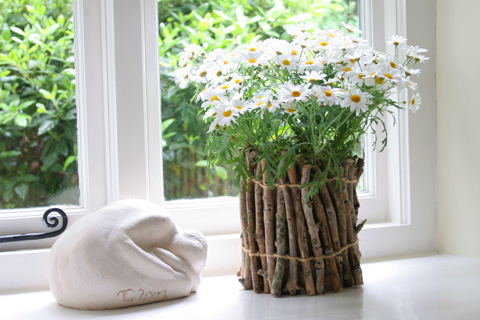 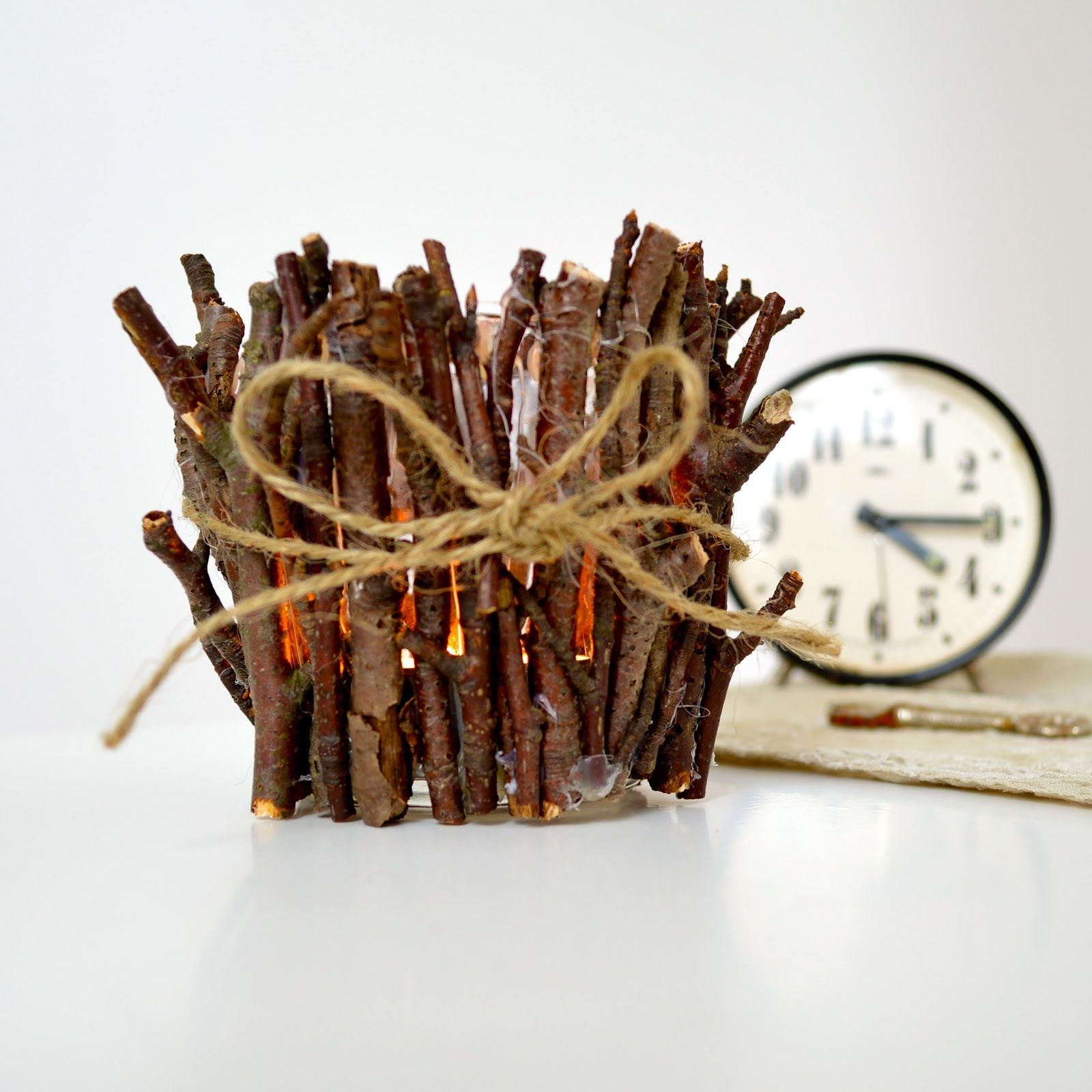 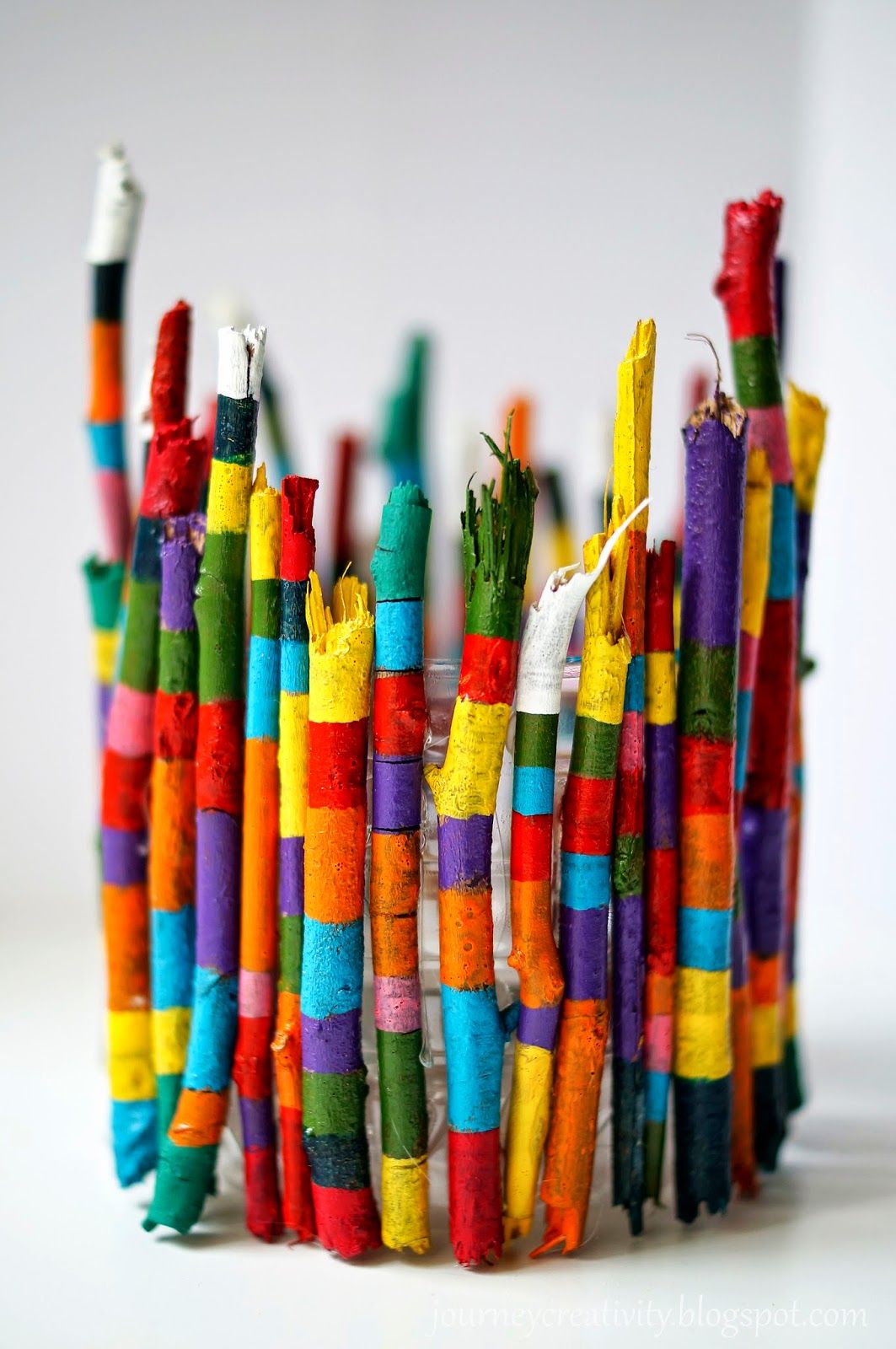 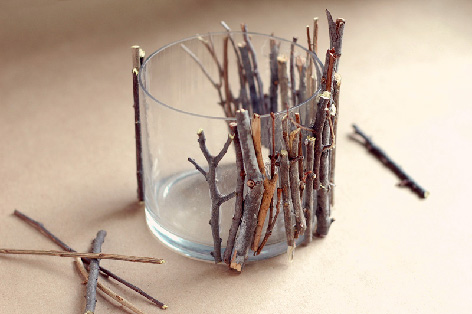 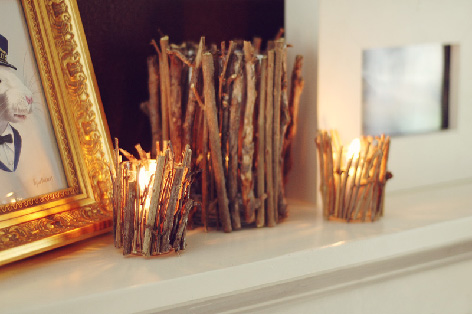 Going out to search for twigs and leaves which could then be glued on paper or turned into cute ornaments used to be a favorite activity when we were kids. It can still be now, as adults. The projects you could do with these things could revolve around home décor. For example, twigs could be used for making candle holders or for decorating vases.

Let’s first see how twigs can be used to make a candle holder look unique and charming. A design such as this one can be created using a simple glass container, some adhesive for wood and glass and a bunch of sticks/ twigs. All you have to do is cut the sticks to the desired length and then glue them to the glass one by one.
If you’re not particularly fond of the rustic look featured by the twigs, you could paint them or wrap some colorful yarn around them, although that wouldn’t necessarily be very safe if you plan to use them on a candle holder. If you decide to use paint, then you’ll also need some tape if you want to create striped pattern. Find more inspiration on journeycreativity.
On the other hand, if you want to enhance the rusticity of the design, use the twigs as they are without hiding their natural beauty behind it paint or anything else. Make your candle holders look cozy. Here’s how it works. Take a small glass or a plain candle holder and arrange small dry branches all the way around it, gluing them to the glass. Then tie some linen cord around them and make a bow. {found on sproutedfig}.
Twigs can also be used on something other than a candle holder in a similar way. Another lovely idea would be to decorate a flower pot with twigs. Depending on the size of the pot, the twigs can either be very thin or quite thick. Cut them all to the desired size and then start to tie them together with a long piece of twine. You can then wrap them around the pot like a cozy jacket. You can find more about this idea on ninimakes.typepad.
Twig vases are also a thing. You can find out how to make one from gigglesgalore. You’ll need an empty can, a few wooden sticks, some brown craft paper, a hot glue gun, ribbon and a rubber band. Cover the can with craft paper. Then cut the sticks to the right length, slightly taller than the can. Then glue them to the can making sure you don’t leave any large gaps. Secure them with a rubber band and then tie a ribbon around it.
Another idea can be to use a glass jar instead of a can. Pick a jar that has the right height and size, clean it and remove the label. Then take a bunch of sticks, cut them to the desired lengths and start gluing them to the jar’s exterior, one by one. It would help if the sticks were straight. {found on grecodesigncompany}.
To get a simplistic look, you can use craft store twigs instead of searching for then in your yard. Also, you can spray paint if you want. Let’s see how the color blocked vase on realhousemoms got to look so beautiful. First the twigs were glued to a cylinder vase. Then the top half was covered in paper and painter’s tape was placed at the center. The bottom half was spray painted white.