If you’re in construction or just live way off the grid, say in the mountains, you’d probably consider generators as there’s usually no power source that comes easily. 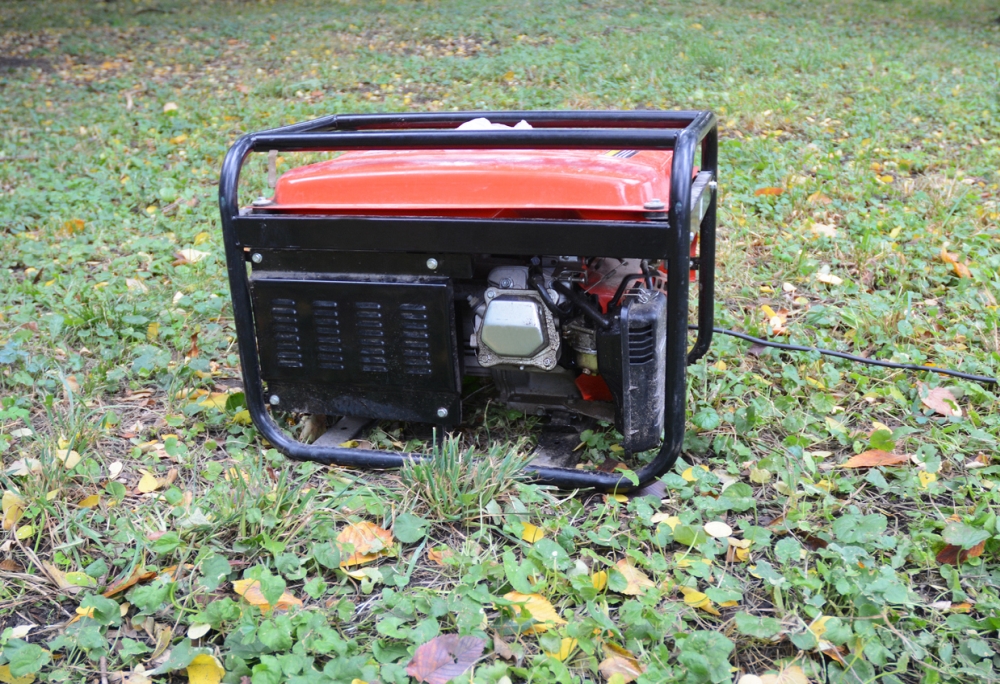 If you have an RV or need to power multiple appliances, you’ll definitely be looking at generators that have enough power to do so. Today, we will look at some of the best 15,000-watt generators on the market and tell you what to look for in the generators so you can make an informed decision.

We have chosen the Generac Generator for our favorite because it has the most power out of all the generators we recommended. It has 22500 starting watts with 15000 running watts. It also has an air filter that helps filter out the dust and particles to help keep this generator low maintenance.

The runner-up, the Champion Power because it can power up a house and make sure you have electricity on the jobsite. It also has outlet protectors which is a huge benefit if you need it in a dusty area.

Duromax is one of the top brands for generators. Our favorite feature with this particular model is the automatic idle control, where it can run on lower power and last longer.

There are many good reasons why you should use a 15000 watts generator. Most of them are very powerful and super reliable when you need electricity in your house or on the job.

It’s perfect if you need a constant source of power especially if you live in an area that often gets hit with natural disasters, having a 15000 watts generator will definitely be lifesaving.

These generators often last as long as a workday. From 7 hours to 10, (some may be up to 5 but it’s dependent on the model).

What to look for in 15000-Watt Generators

Besides making sure that it has 15000 watts or more, before you make that investment, you’ll want to look for the following:

Portable generators often use gas and propane. Gas, in the long run, will be cheaper, but if you’re in an area that’s often hit with natural disasters, gas may be hard to find. But besides that downfall, gas is also easy to store. A solar powered generator is good for smaller uses. There are also hybrid generators, which utilize both gas and propane if you need to alternate fuel sources as needed. So, when shopping for your generator, make sure it runs on either gas or propane.

The quality of the generator matters because you need to make sure that it’s durable and reliable. Also, the design needs to be good as well especially if you are going to take it to a rugged workplace. If you are going to be using it for your workplace, you’ll probably want to look for ones that have wheels and outlet covers so that nothing gets ruined.

If you are just looking for backup power for your home, then having all the bells and whistles is probably not important as you’ll only be using it for power.

Gas generators do tend to be loud. If you live in the middle of nowhere, it’s probably no big deal but if you live in a more residential area, the noise can be an issue. Since the generators we’re talking about today are 15,000 watts, they are by default, one of the loudest due to the high wattage.

Even though most generators can get away with minimal maintenance, you’ll still want a warranty in case something really does go wrong.

The good news is that most generator warranties last about 1-3 years and depending on if you’re using it for your home or jobsite, you’ll probably see a different warranty for that. 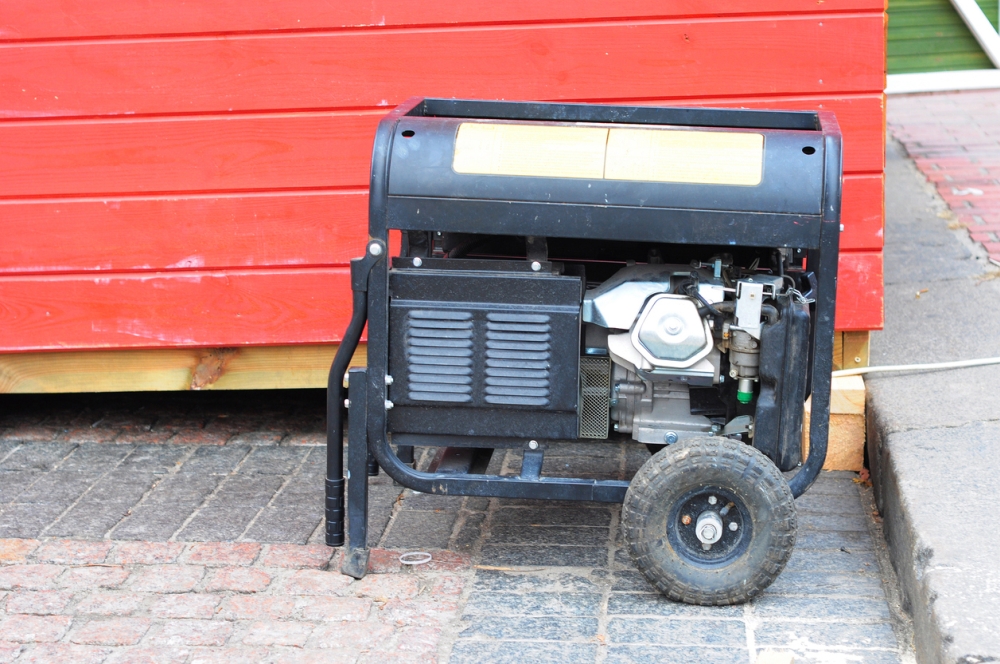 These types of generators are extremely quiet and do not use any gas. Typically, they use batteries. They’re perfect for camping or charging up smaller things.

These types of generators, called Inverters, can typically power up more than the power stations and they’re still relatively quiet. You can power up a couple of smaller appliances and maybe an RV.

Standby generators are typically the ones with the highest wattage. They can provide power for hours, sometimes a day depending on what you get. It’s good for industrial settings as well where there’s no electricity.

We are starting off with the DuroMax XP15000E generator because they’re a well-known brand for generators. While this one is the most expensive one out of the bunch, we promise that it’s worth considering.

This generator has 15000 watts, with 12000 running watts. It boasts a 713cc Duromax V Twin Engine so you can rest assured that it can handle powering up a house with no issues. You can even run your AC with this generator if you need to.

With that said, the Duromax will give you at least 9.4 hours on propane and 10 hours on gasoline, assuming it’s run on half load.

There are 7 outlets on this generator. They are:

The fuel capacity is 10.5 L Gas Tank, so it can hold a bit of gas in there before it starts to run out.

With that said, the Duromax will give you at least 9.4 hours on propane and 10 hours on gasoline, assuming it’s run on half load.

The Duromax has an automatic turn off system when the oil is very low so that it doesn’t run. In our opinion, we think that’s very good so that it doesn’t use the gas. There is also idle control which means it lowers the RPM speed so that it can save fuel and reduce noise. It’s great to be used in areas where the generator would always almost have to be on.

It comes with the standard DuroMax accessories such as a spark wrench kit, wheel kit and a manual.

There is a limited three-year warranty should there be any defects with the Duromax generator.

Generac is one of the most well-known manufacturers when it comes to generators. So, it’s no surprise that this model, the 5734 model, is one of the bestselling generators on the market. This model has 22500 watts with 15000 running watts. You can say that it’s extra heavy duty since it has a 922 cc OHVI engine. There is a 16-gallon fuel tank, and it can provide up to 10 hours on half load. One of the favorite features that we love is the electric start with battery which is included. It also has a plug-in battery charger pack.

As far as the outlets, this one has the most outlets as you can expect from a machine that has a huge wattage. They are:

There is an automatic shut off if the oil gets low and there’s also an automatic idle system that uses less power so it can run longer. There’s also a full pressure lubrication system that also doubles as an air filter helping keep the maintenance as low as possible. You get a maintenance kit with this generator as well, making it very well worth it.

There is a two-year warranty if for some reason there is an issue with the Generac generator.

A-iPower is definitely one the lesser-known brands in our round up but we felt their SUA15000 EC model was worth reviewing.

This generator is powered by a 680 cc OHV twin engine that produces at least 24 HP. Based on that it has starting watts at 15000 and 12000 running watts. It can run many household appliances without any issues at all.

There is a decent number of outlets in the A-iPower generator that are covered with hard plastic, and snap in protectors from weather elements. It has the following outlets:

There is a 8 gallon fuel tank that allows the generator to run for 7 hours at half load, but if you want to run it 100% you will get about 5 hours.

One of the features that we love about this generator is of course the outlet protectors so that it can keep all the debris and moisture out which is a huge plus. There is also a 4-wheel system so that you can move the generator easily as its heavy and it helps it have an electric start.

There is a limited warranty should there be issues with this generator.

Finally, we have the Champion 10111 generator that we felt was worth making its way into this roundup.

This generator has a 717cc V-Twin Champion engine that’s 100% guaranteed to be reliable. It has a battery powered start, where you can turn it on with the toggle switch. It has 15,000 starting watts and 12000 running watts that’s suitable for home and commercial use.

There is a 5.9 fuel tank, and you can expect to get about 9 hours on a full tank. As far as the outlets are concerned, this is another generator that has protectors over the outlet and the following outlets is on this generator:

One of our favorite features about this generator is the outlet protectors because if you work on a dusty jobsite, you can take comfort knowing the outlets are protected. There’s an electric start, foldable handles, built in wheels and even has a volt guard to protect the appliances from power surges.

There is a limited three-year warranty should there be any defects with the Champion generator.

It has enough power where it can run critical appliances, such as a refrigerator, furnace and light circuits.

Yes, it should be able to run an entire house for that wattage.

There are manufacturers who make 15000 watts generators. Some of them include:

We hope that we made it easier to search for a 15000 W generator. These types of generators are usually expensive, so before you go dropping money on one, it’s very important to do your research. Do you need one for your job? Do you want one for your house in case of a natural disaster? They come in a variety of sizes, have different size engines, fuel tanks and more. Some have more features than others, such as the outlet protectors.

If you have this guide about 15000 watts generators useful in your search, feel free to let us know, if you would like, in the comments.