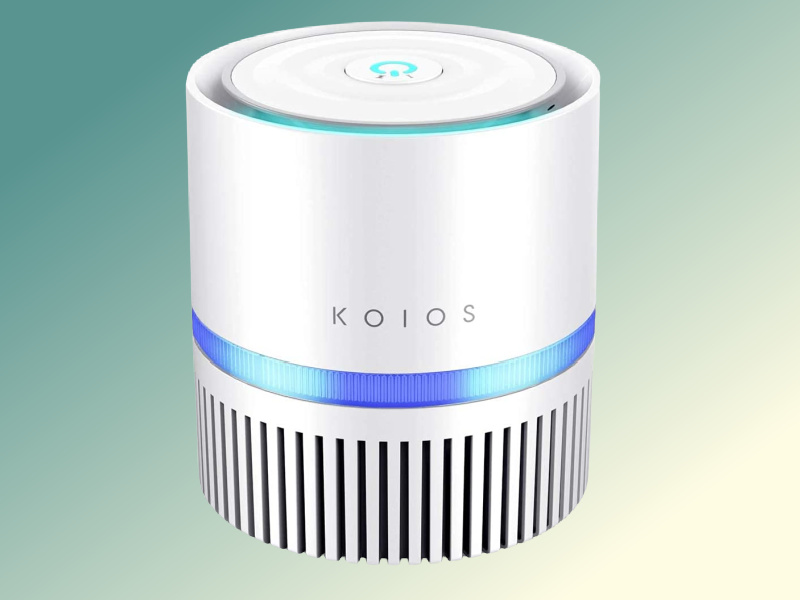 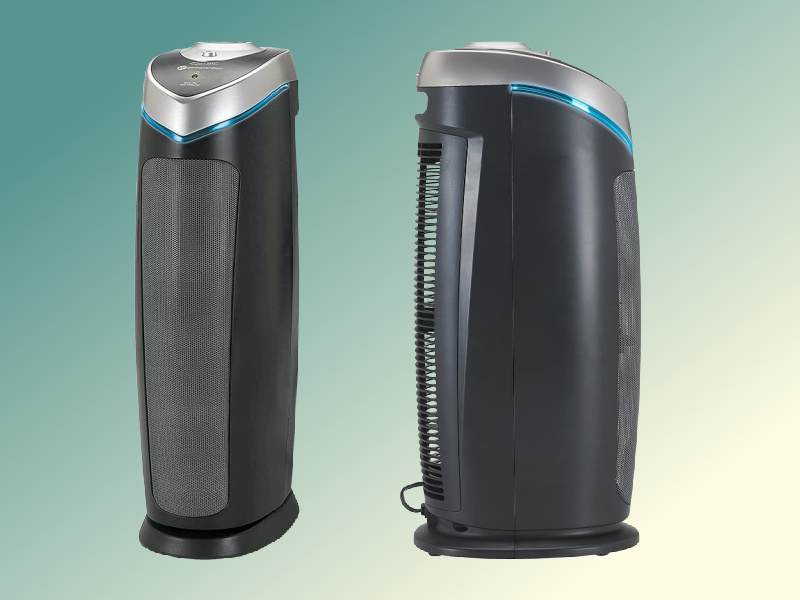 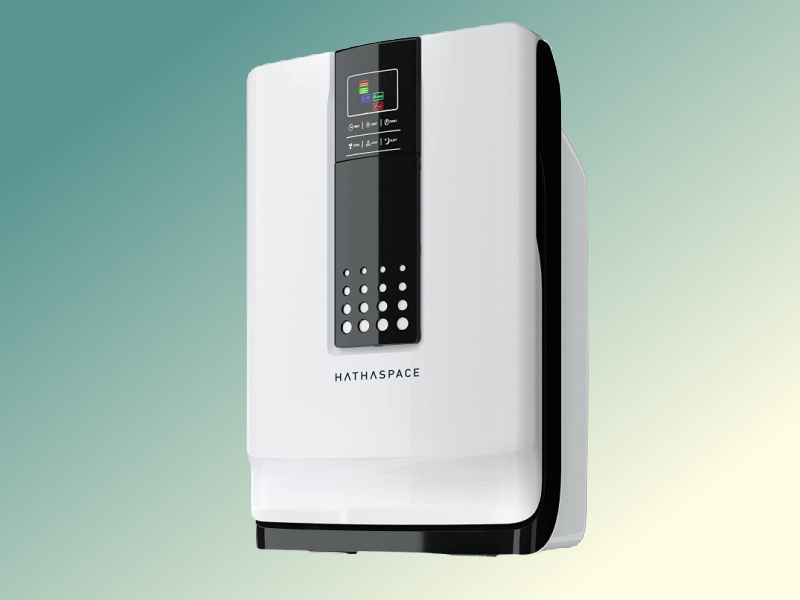 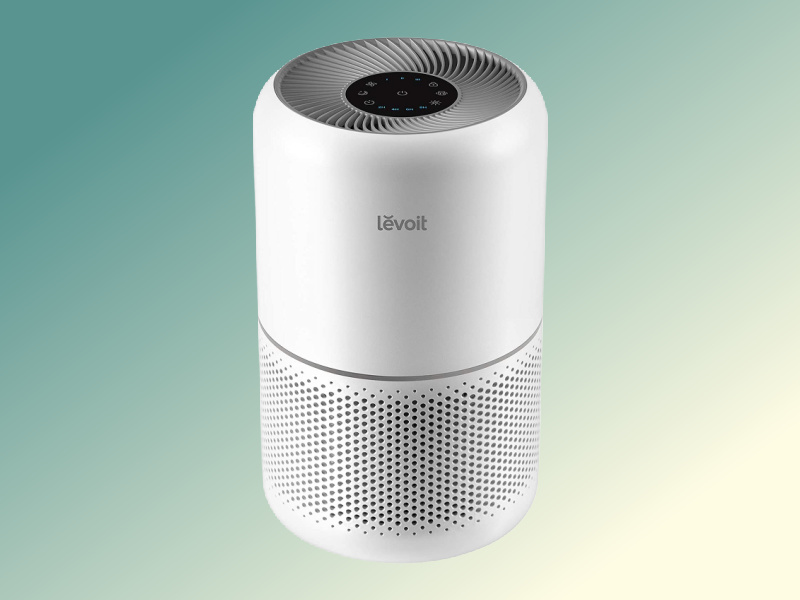 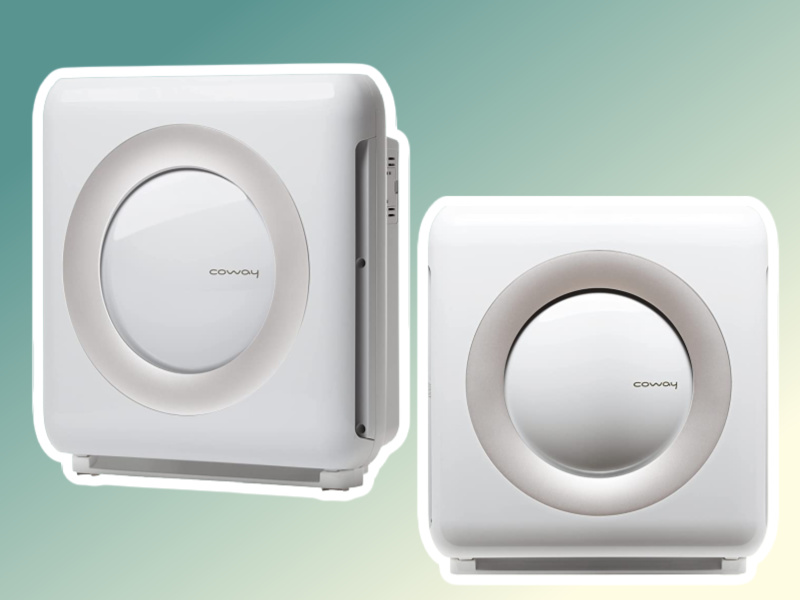 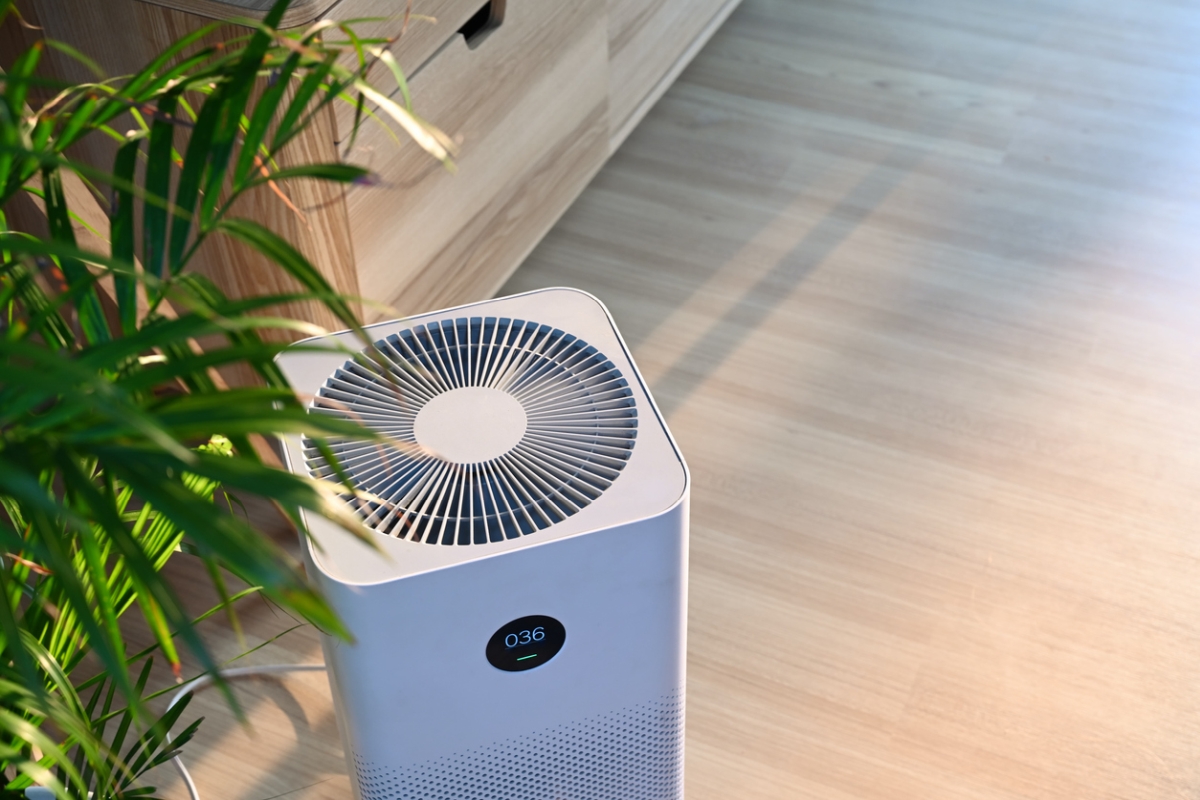 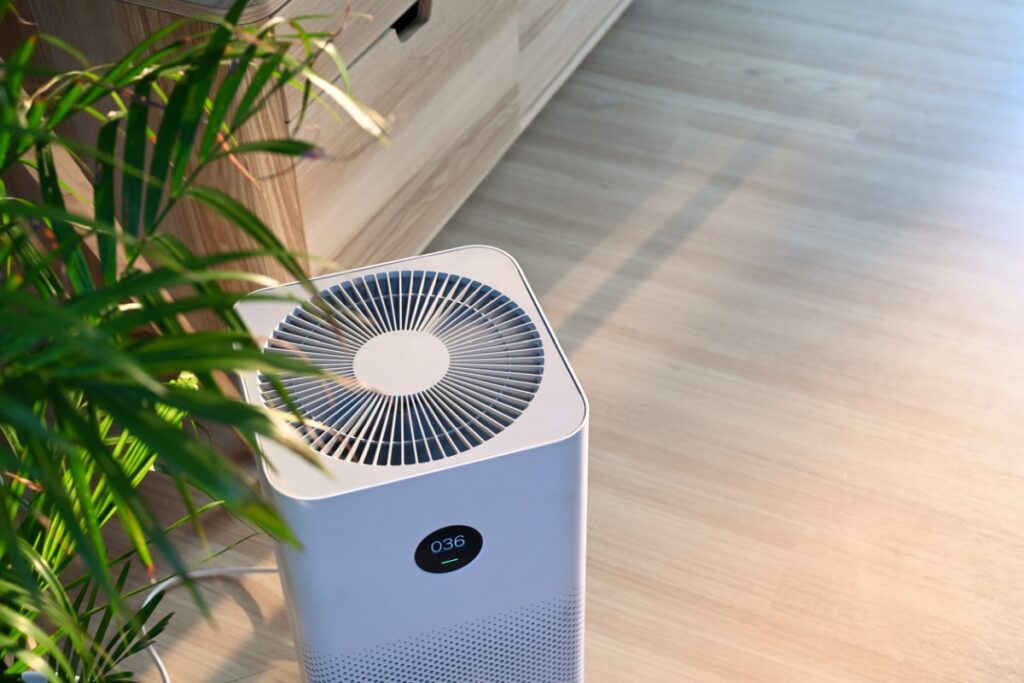 Poor air quality is a health hazard for children and the elderly. Maintaining purified air in your home involves more than cleaning and keeping your windows open. If you don’t have an air purifier for secondhand smoke, then consider one for your home. A range of options is available and at affordable prices.

Choosing The Best Purifiers For Smoke

If you’re not sure what to look for in a smoke purifier, we’re here to help. There are a few vital components an air purifier should have, and here we’ll show what they are.

After you find an air purifier you want, before you buy it, make sure it’s equipped with a true HEPA filter. HEPA stands for High-Efficiency Particulate Air. The filters have a fine glass mesh that removes 99.97 percent of particles from the air, reducing them to 0.3 microns in diameter.

The best air purifiers are Energy Star rated. This rating ensures that the filter can trap particles, and remove allergens, and other types of harmful toxins.

The Association of Home Appliance Manufacturers (AHAM), has a voluntary certification program that gives you a clean air delivery rate (CADR) of a purifier. It also provides guidelines on the room sizes it can handle. There are CADR figures for air pollutants, including secondhand smoke. If you’re concerned about smoke,  you might want to look at air purifiers with a higher CADR.

Here are the top air purifiers on the market today.

With nearly 90 percent of reviewers giving it four or five stars, the award-winning Coway Mighty (AP-1512HH) air purifier is perfect for the living room, an apartment, or other middle-sized space. Effective for up to 361 square feet, it has a CADR for dust (246), pollen (240), and smoke.

The purifier features a four-stage filtration system that has a pre-filter, deodorization filter, True HEPA filter, and a Vital Ion filter. Together, these trap up to 99.97 percent of particles 0.3 microns in the air, and also reduce volatile organic compounds and reduces odor, which helps make it one of the best air purifiers for smoke.

The Coway purifier also has some extra bells and whistles that make it more user-friendly and convenient: A pollution sensor provides real-time information about indoor air quality with a colored LED light. It also features a timer and an indicator to let you know how much life is left in the filter before it needs to be replaced.

An auto mode regulates the three fan speeds automatically to optimize the function depending on the indoor air quality. If no pollutants are detected for 30 minutes, the fan automatically resets itself to an eco mode to save energy. It also has a timer so you can schedule up to 12 hours of operation.

The Levoit air purifier with True HEPA Filter is another highly rated purifier that will clean the indoor air in your home. This Levoit model has the essential HEPA filter but it also includes an ultra-fine Pre-filter and an activated carbon filter.

Besides being quiet, particularly in sleep mode, the AC capacitor motor is durable and long-lasting. The unit also does not produce any ozone, which is a harmful secondary pollutant.

Perhaps most importantly for those who want to mitigate the harmful effects of smoke, this model uses Vortexair Technology for stronger airflow and has an AHAM Certified general CADR of 230, making it best for rooms up to 215 sq.  For the individual pollutants, the CADR for smoke is 141, for dust 140, and pollen 145.

The original filter that comes with the unit is designed to eliminate fine particles such as dust mites, pollen, pet dander, mold spores, and bacteria. It can also get rid of common household smells from cooking or pets. For issues specific to smoke, a separate Toxin Absorber Filter is available, which puts this model among the best purifiers for smoke.

Other features of this purifier include a timer, the ability to turn off the light, and a filter lifetime indicator. While the filter will need to be replaced every six to eight months the pre-filter can be cleaned every few weeks for great optimization.

As an Amazon Choice for “best air purifier,” the Hathaspace Smart True HEPA Air Purifier has a number of features to improve indoor air and, most importantly, eliminate smoke and its lingering smell. The unit is not just an air cleaner, but an odor eliminator. It uses a 5-in-1 air filter system to capture microscopic particles.

In addition to the HEPA filter, the purifier has a cellular-activated carbon filter that absorbs odors, smoke, and gases. A Nano Cold Catalyst Filter removes larger particles including dust and pet dander. It also fights against household chemicals, and has an antibacterial filter that fights germs and bacteria.

A range of other features makes the Hathaspace Smart unit very convenient. It has an automatic mode that uses an air quality sensor system to monitor the air and adjust fan speed. The air quality is also displayed via green, yellow, and red lights, so that you can see it at at all times. The purifier has a sleep mode so it will remain quiet will it runs through the night.

It’s no wonder that the Germ Guardian True HEPA Filter Air Purifier is a bestseller on Amazon because it has more than 9,000 five-star reviews. The unit has a prefilter and a True HEPA filter to eliminate all the major allergens but it also uses an activated charcoal filter to eliminate odors, including the smell of smoke.

For airborne viruses like influenza and rhinovirus, the Germ Guardian has a UV C light that works with titanium dioxide. Along with reducing volatile organic compounds in the air.

Among the best purifiers for smoke, this unit filters air four times per hour at the maximum speed and is suitable for medium to large rooms up to 167 square feet. The unit is Energy Star Certified and AHAM Verified, with a CADR rating of 118 for dust, 125 for pollen, and 108 for smoke. It features three speed settings and the UC V light can be turned off when not needed or wanted.

Like most purifiers, the Germ Guardia requires the HEPA and carbon filters to be changed every 6 to 8 months, while the UV light bulb needs replacing every 10 to 12 months.

Easy to use, the KOIOS has one-button operation to turn it on and control the two-speed fan. It runs quietly and is ETL, EPA, FEE Certified & CE Listed, and is suitable for a room up to around 60 square feet.

The combination of filtration in this purifier makes it effective and has garnered 90 percent four-and five-star ratings from reviewers. This system starts with a True HEPA filter that is added to a prefilter and an activated carbon filter. This system helps remove odors, including smoke, that you want to eliminate.

It also traps allergens like pet dander, dust mites, pollen, and mold. This popular purifier is 100 percent ozone free because it does not use UV light or ions, which can create ozone, which is itself a harmful air pollutant.

Other features include a light that is illuminated while it’s running and a 360-degree air intake that enhances operation. Many consider the purifiers the best, and not only for smoke but also because it reduces odors in a smoker’s home.

Why Is Cigarette Smoke Harmful?

The dangers of secondhand smoke are known, but there’s another threat you may not be familiar with – thirdhand smoke. This type of smoke refers to the lingering smell attached to the skin, clothes, and other items things after it’s exposed to cigarette smoke, according to Healthline.

Even though the smoke isn’t in the air, the smoke residue contains hazardous chemicals that can be released after touching and moving the affected areas. Cigarette smoke contains almost 4,000 chemical compounds, says Allergy and Air. The EPA even classifies cigarette smoke as a Group A carcinogen that contains very small particles that can penetrate the lungs.

A host of health problems are caused by exposure to cigarette smoke beyond just cancer. Many kinds of breathing and lung diseases are caused by smoke exposure  — even secondhand — such as emphysema, COPD, and asthma. Children are vulnerable to smoke, and so are infants, as it causes Sudden Infant Death Syndrome (SIDS).

According to WebMD, bad indoor air quality  can cause coughing, chest tightness, sore throat, watery or itchy eyes, shortness of breath, and even asthma.

Why Buy An Air Purifier?

As already noted, opening the windows isn’t enough to clear your home of smoke. If you live with a smoker or are exposed to second-hand smoke, an air purifier is the best way to mitigate the harmful effects.

The Mayo Clinic explains that tobacco smoke contains harmful gases and well as particles. While HEPA filters clean particles from the air, they don’t eliminate gases or particles that have settled on walls, upholstery, and other surfaces. Purifiers that generate ozone, which is bad for your lungs, are not effective against air contaminants.

Air purifiers with HEPA filters might not be able to remove all of the toxins and smoke smell from your home. Studies by the US National Institutes of Health have shown that air purifiers can indeed reduce the harmful particles in the air, it does not eliminate exposure to nicotine in a home where smoking occurs.

The best DIY natural smoke absorbers are vinegar and baking soda. For stronger odors, pour vinegar into a bowl and let it sit in a room for five days. This will absorb heavy duty odors, and with surprising results.

Will A Charcoal Filter Remove Smoke?

According to the Environmental Protection Agency, wildfire smoke consists of fine particles in the 0.4 to 0.7 micron range. And true-HEPA air filters are good at removing particles of that size from indoor air spaces.

How Do I Filter Smoke In My House?

You should have enough information to buy the right air purifier for your home.  This means finding a purifier that can protect your overall health and tackle nasty odors in your home. With many air purifiers, your satisfaction will depend on your needs.

The best way to eliminate smoke odors is to stop smoking. If you can’t do that, then it’s time to get an air purifier. Remember, air purifiers remove allergens, but not cigar smoke nor are they smoke removal machines. However, the devices reduce harmful smoke particles so you’ll have cleaner air in your home.