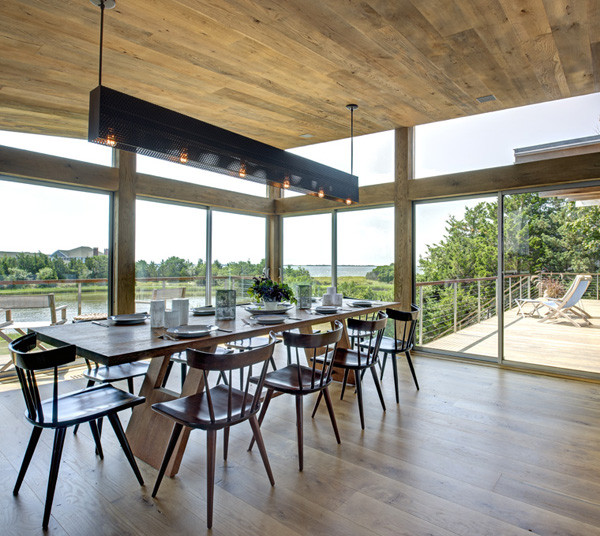 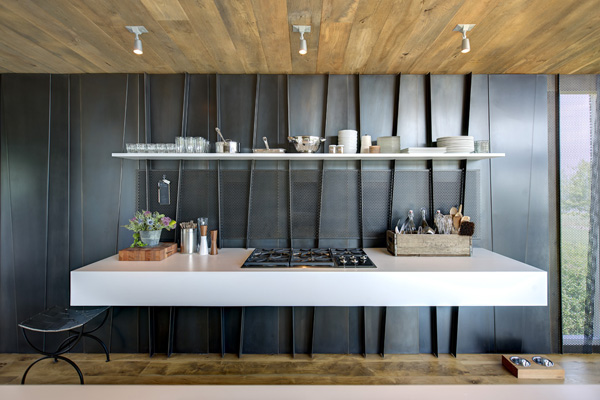 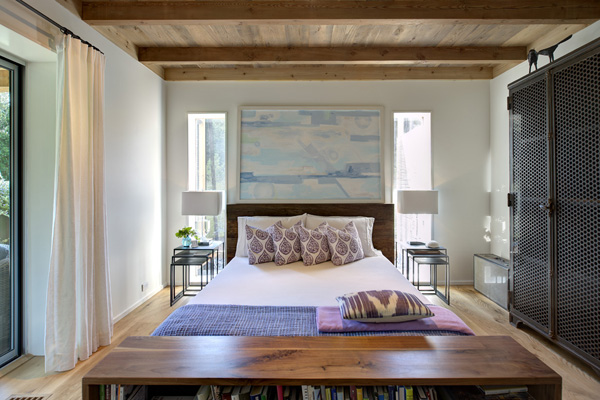 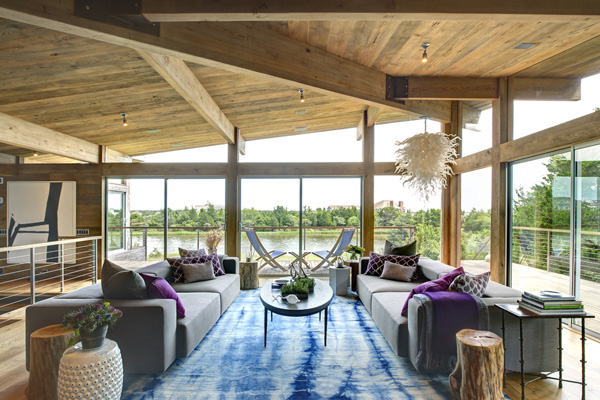 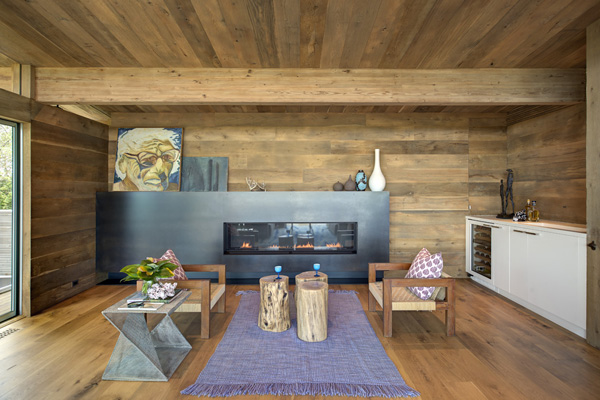 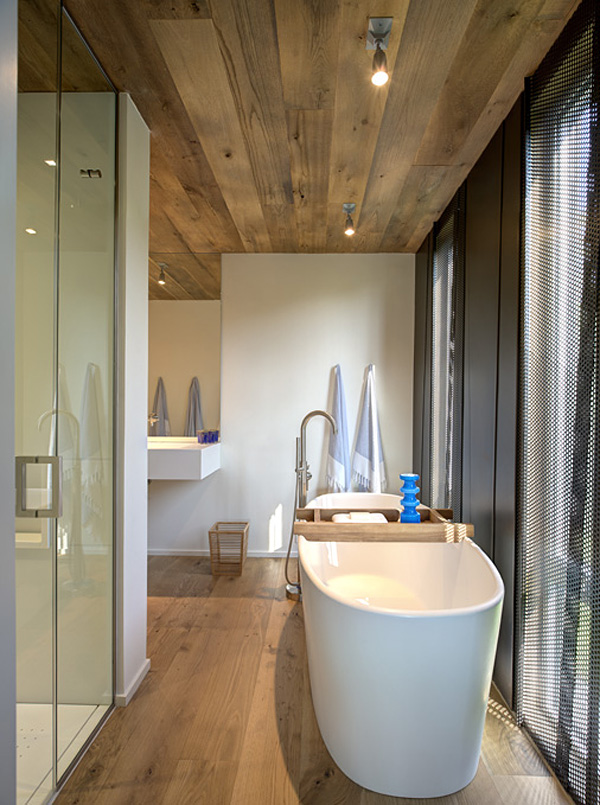 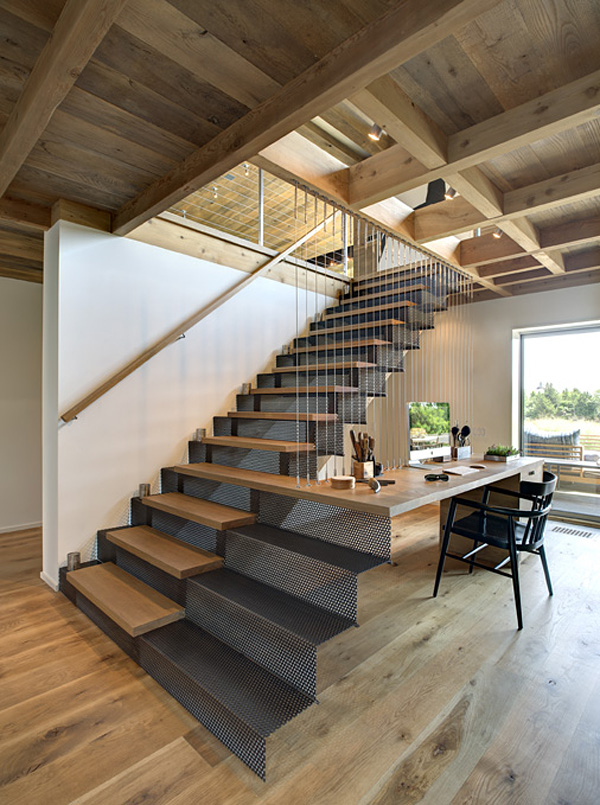 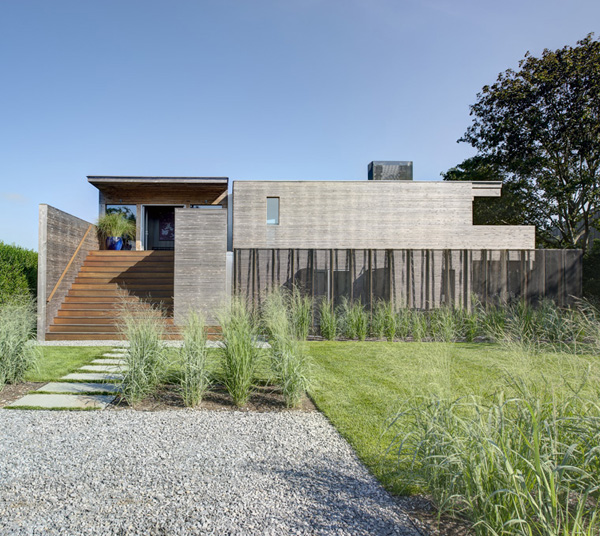 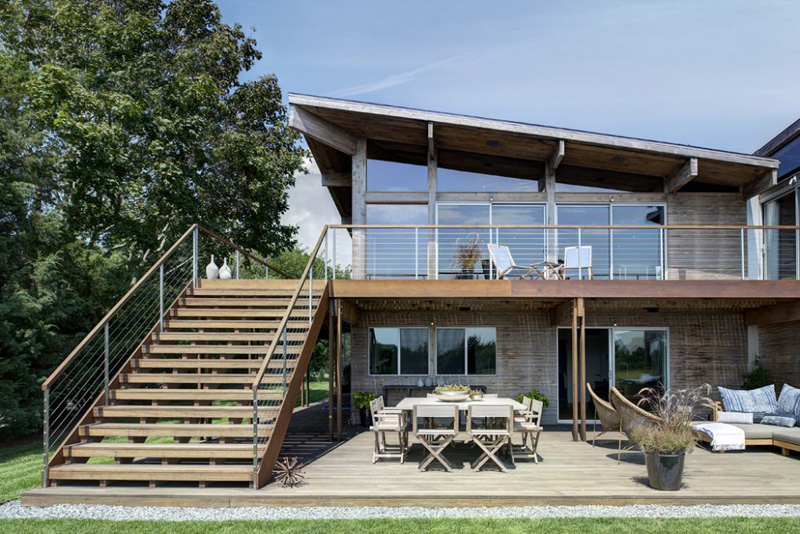 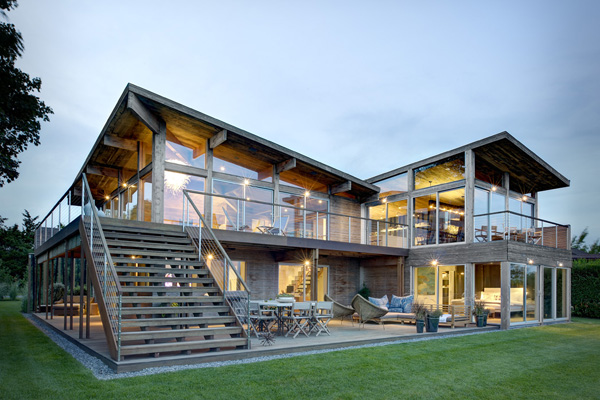 Overlooking the wetlands, the bat and the ocean, this single family home couldn’t be better placed than here, in Southhampton, New York. The Far Pond Residence was designed by Bates Masi + Architects, and is composed of two volumes. One is the house that was already existing on the side and the other is an addition built by the architects.

The two volumes became one and they communicate perfectly. The new structure uses prefabricated elements such as the shear wall panels. The panels have been left exposed and were used for more than just the structural component. They also serve as decorative elements and were used throughout the house.

The solid steel panel becomes in some areas a perforated panel that filters natural light. Find protrude from the wall panels and they have been laser cut and integrated into shelving, seating and countertops. The dining room chandelier is made from the same perforated steel and so is the platform for the stairs and desk.

It’s beautiful how the residence dialogues with the surroundings. The wood used to cover most of the interior spaces, including the walls and ceiling, gives the house a rustic look but the rest of the décor brings it back to its modern self.

The living room features some really beautiful tree think side tables placed on either side of the two sofas facing each other. Tree trunks are also used as coffee table elements elsewhere in the house.

Everywhere you look, whether it’s the kitchen, the dining room or the bedroom, there’s always the same playful combination of wood and steel. The bedroom dresser is a perfect example that shows how versatile the materials can be.