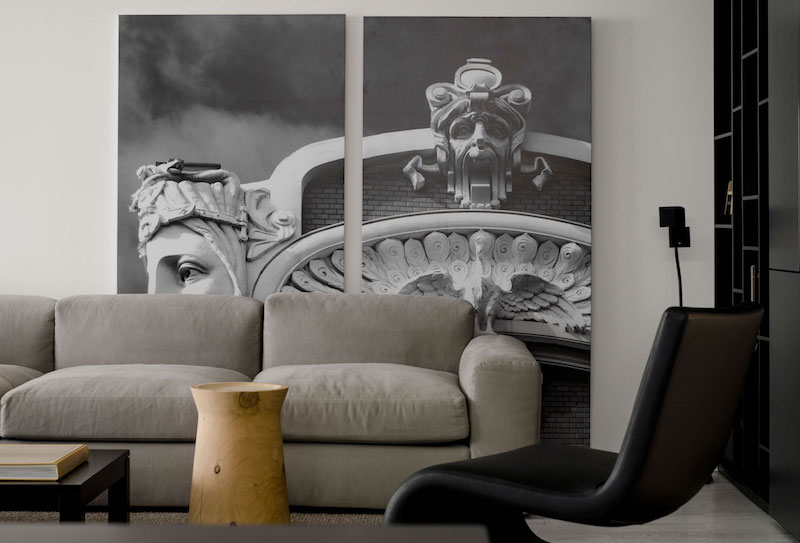 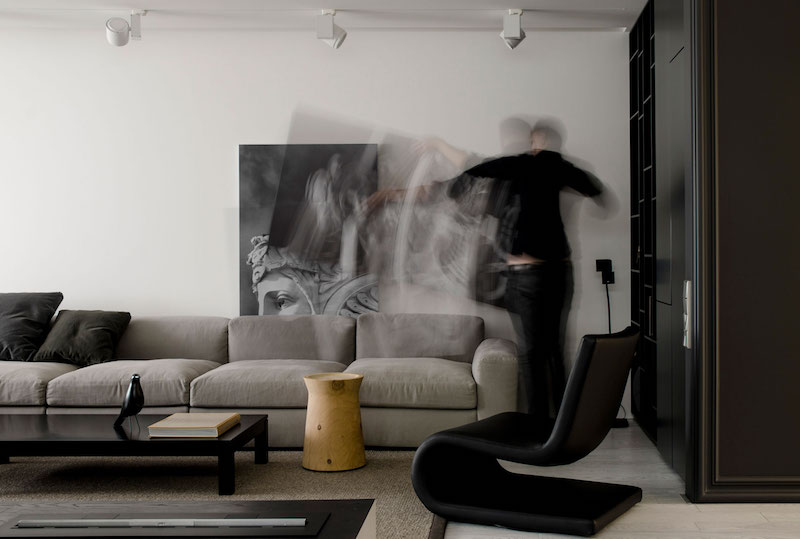 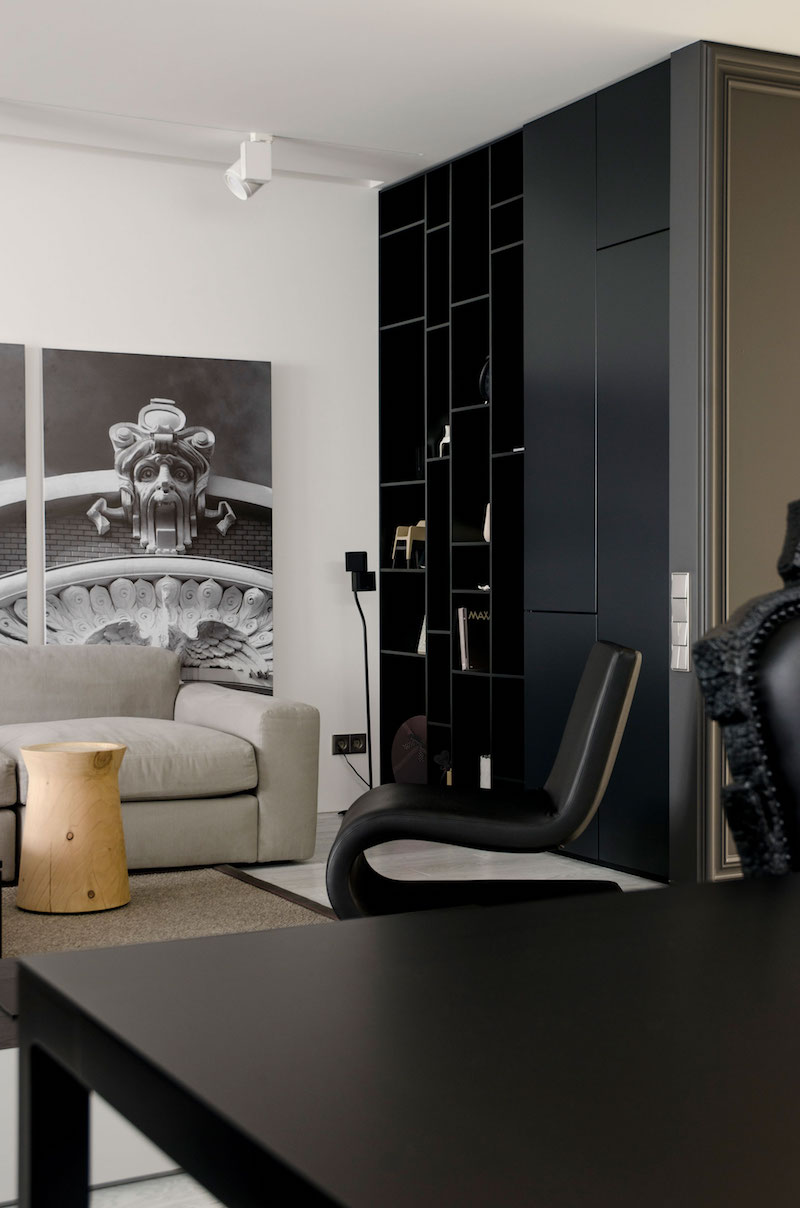 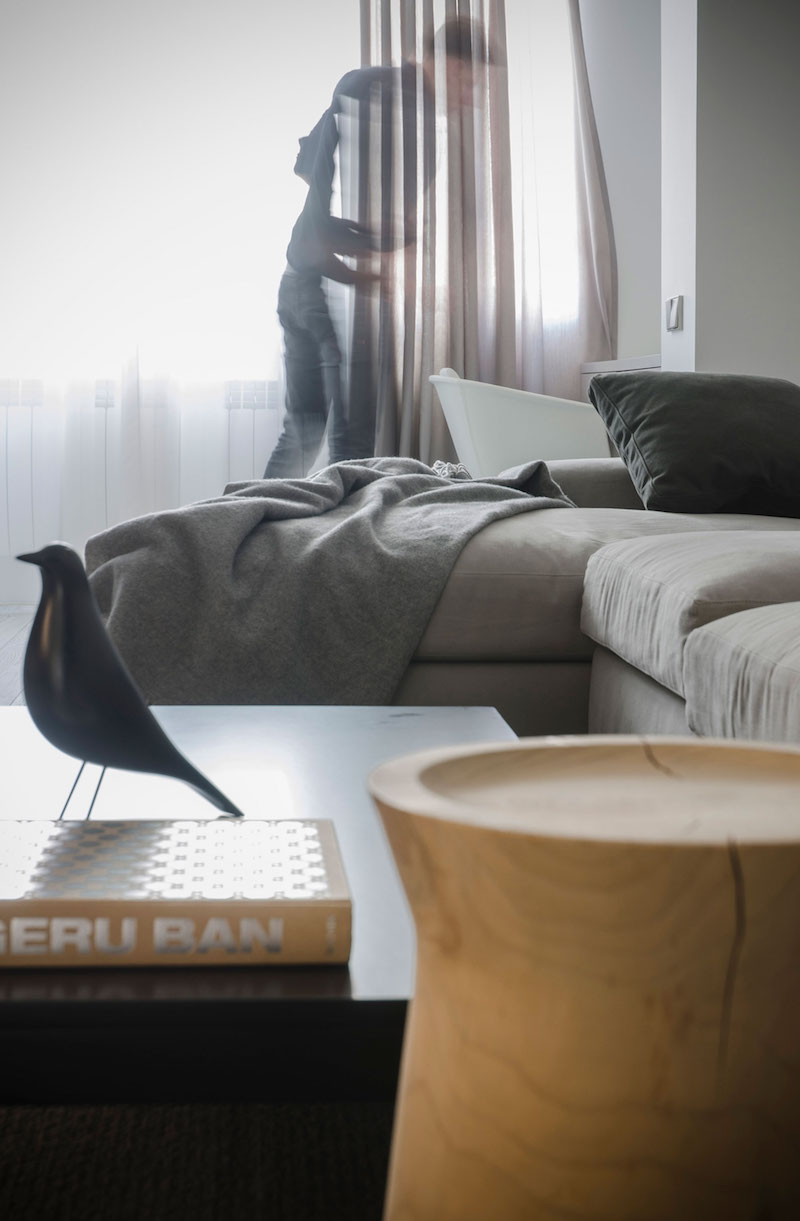 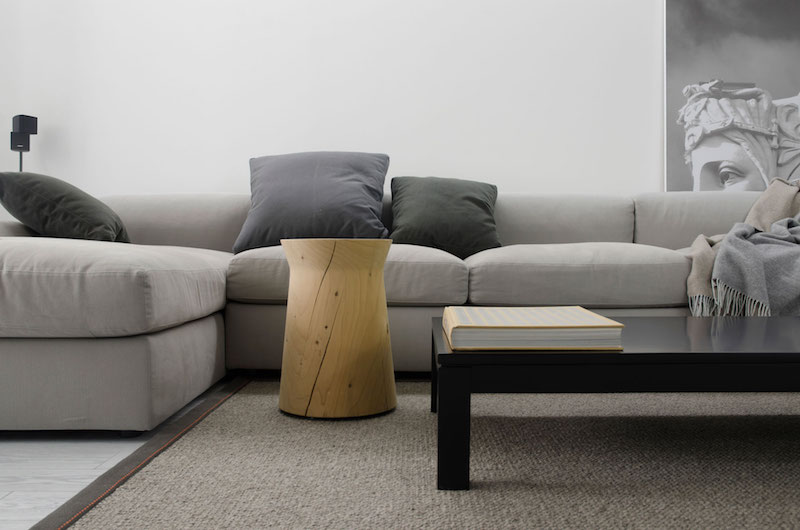 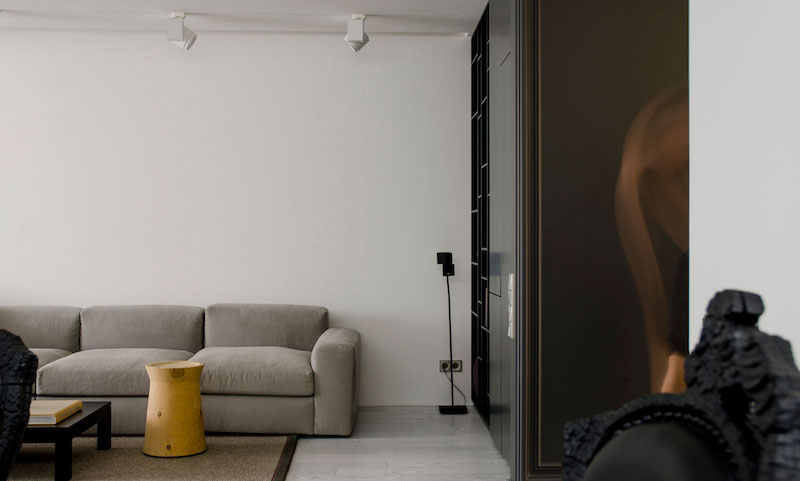 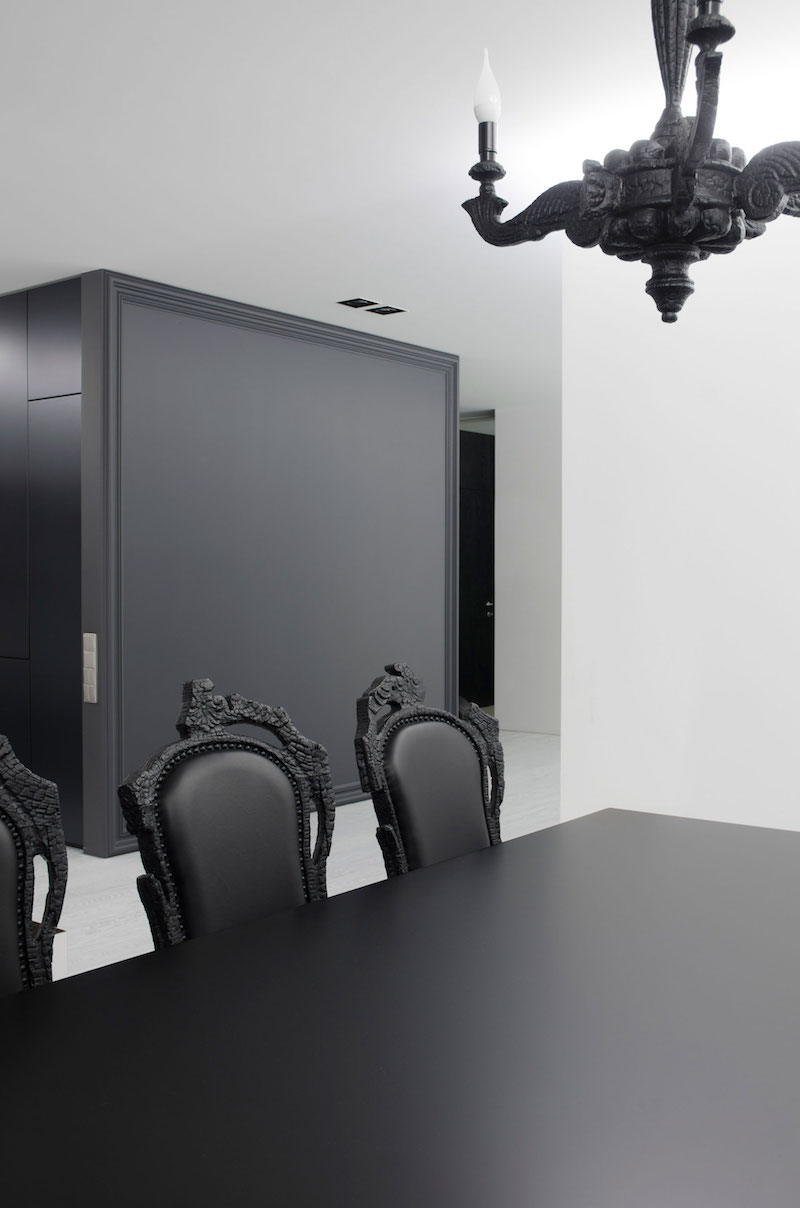 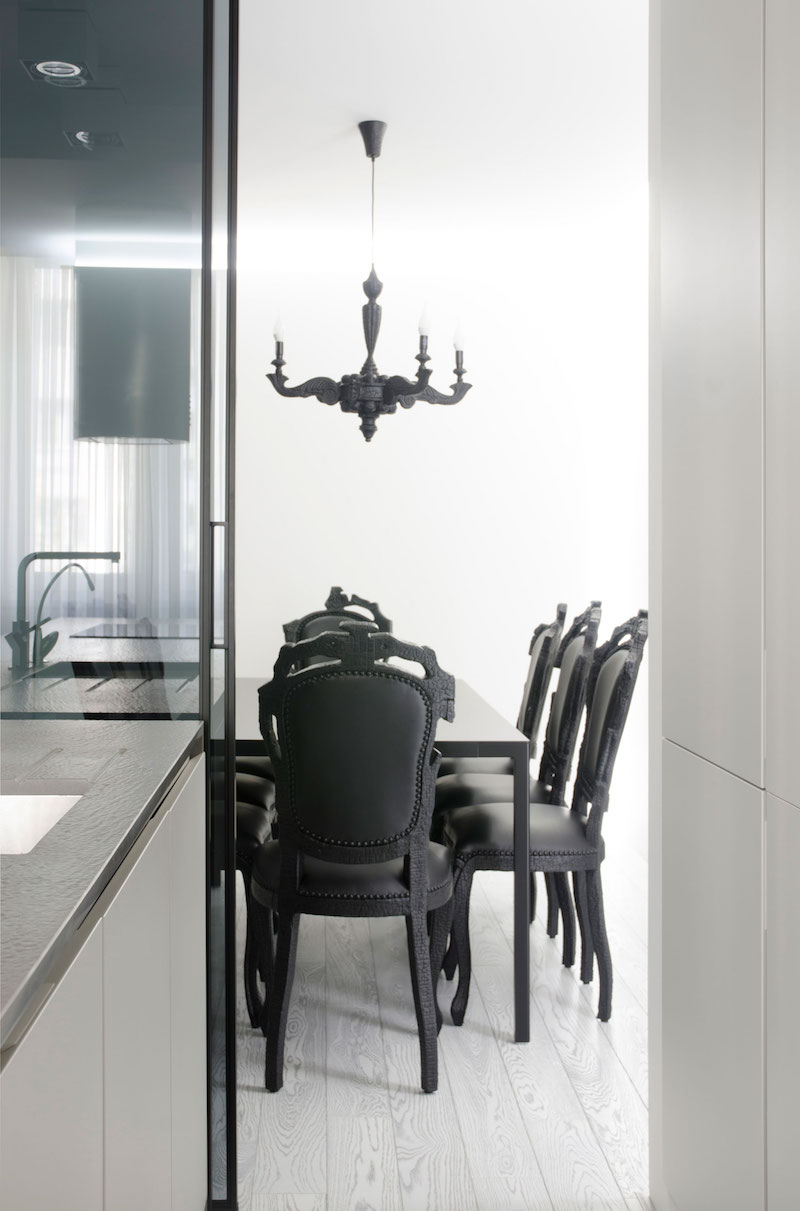 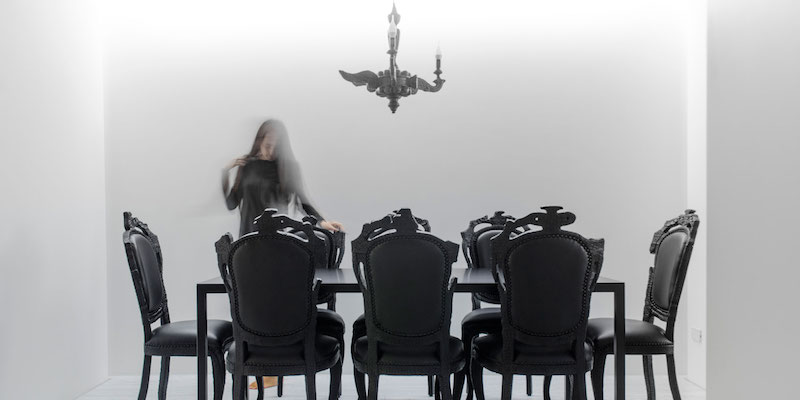 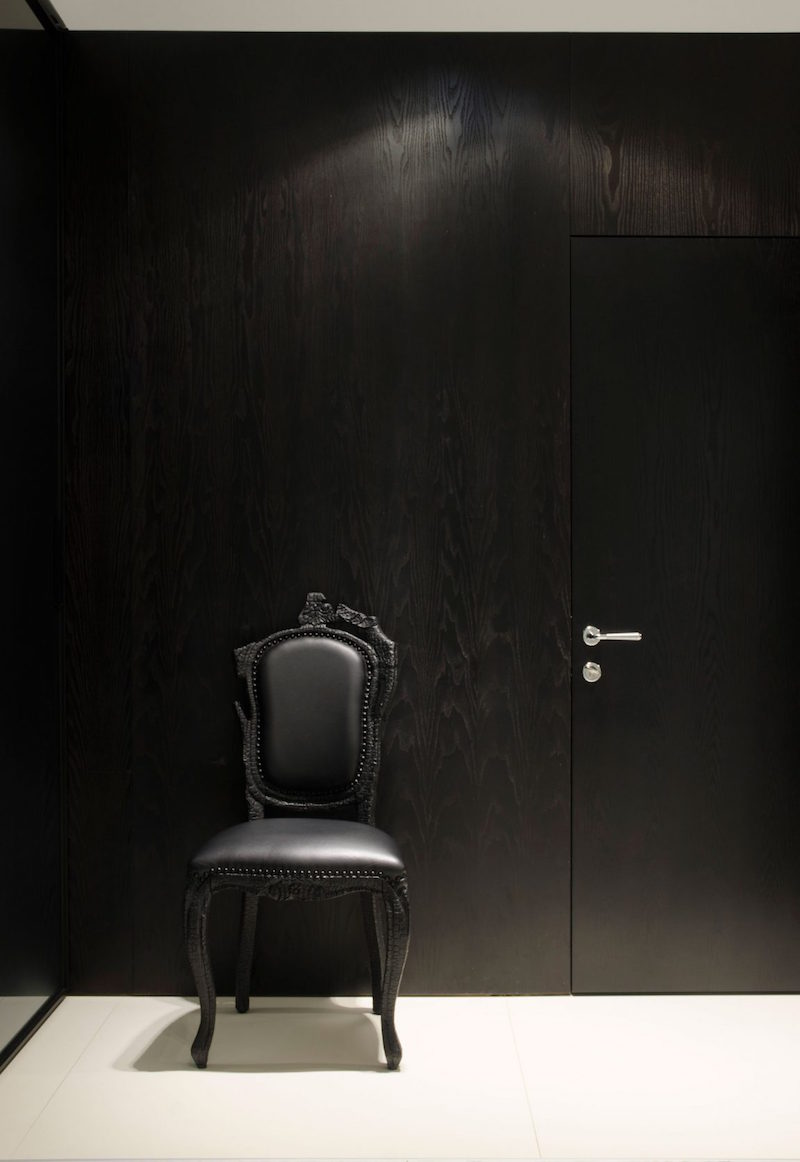 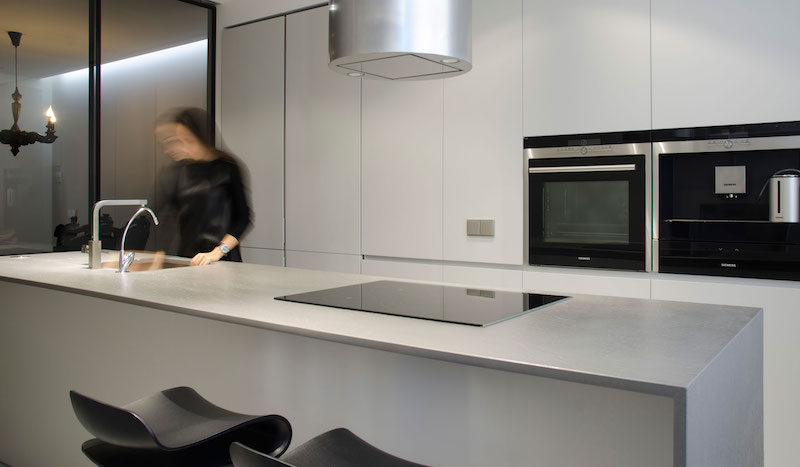 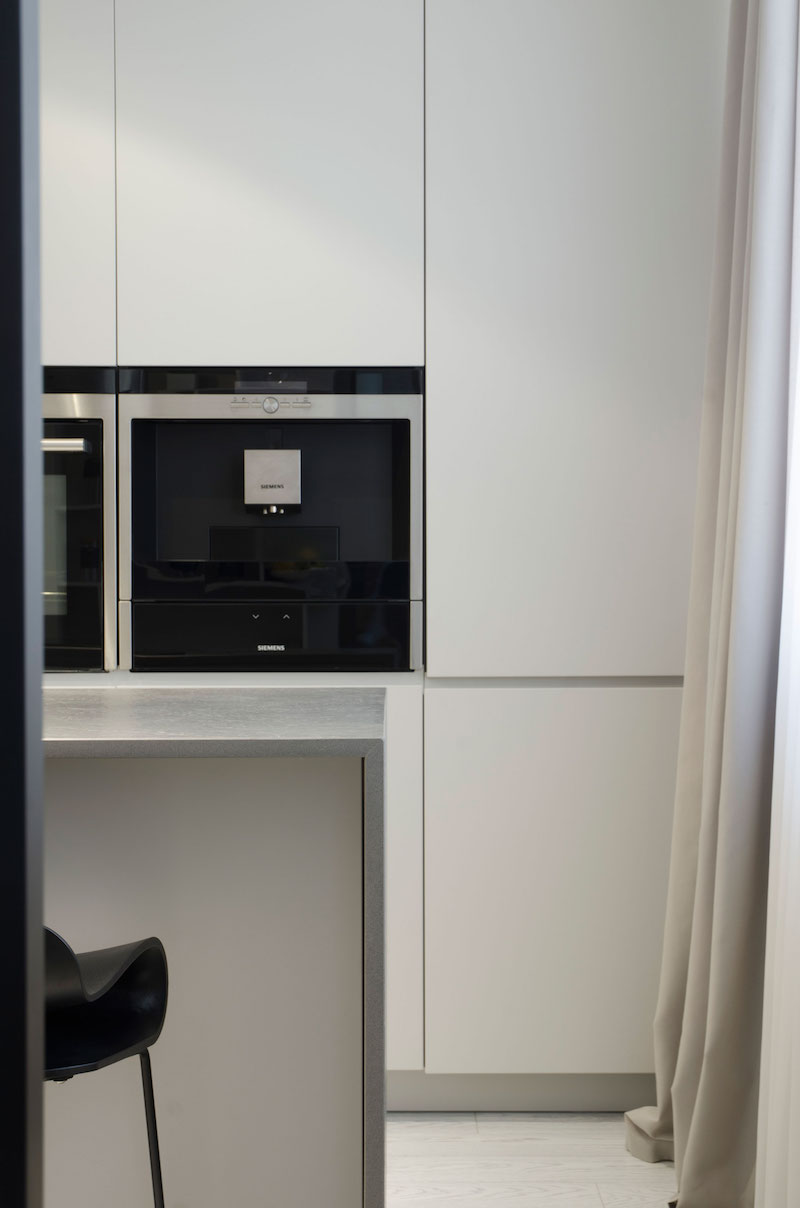 Bright and vibrant colors have a big impact on a decor or pretty much on anything else. But the lack of color can have an equally significant meaning. The Monochrome Flat is an apartment located in Kishinev (Chișinău), in The Republic of Moldova. As it name suggests, there’s not a lot of color diversity in its interior decor. The interior design of the apartment was completed in 2015 by LINE Architects, a company founded by architect Dmitry Petrov who is a convinced minimalist.

Guided by the belief that simplicity must be original, the architect gave minimalism a theatrical look when designing this apartment. Despite the fact that the layout, the furniture and everything else is defined by clean lines and a lack or unnecessary ornamentation, the decor doesn’t seem to lack charm. In fact, there’s plenty going on in here.

The living room is a cozy and inviting space with a solid wall unit and a comfortable sectional sofa. The sofa is gray in a tone that matches the floor. The low coffee table, the area rug and the side table introduce contrasts of color and texture and contribute to an overall comfortable and cozy ambiance.

The dining area is positioned opposite to the lounge space. It’s furnished with a minimalist, rectangular table and a set of eight chairs with ornate frames and black leather upholstery. They give out a gothic glow and they create a sort of themed decor that’s completed by the matching chandelier. Even though the living area, kitchen and dining space share an open floor plan, stylistic differences like this allow each one to stand out in its own way and a clear distinction between the functions is created.

The kitchen completes the social area. It has a large island in tone with the rest of the apartment and with a built-in cooktop and a sink. The rst of the appliances are built into a minimalist wall unit. The island doubles as a bar, being complemented by lacquered black bar stools with sculptural forms.