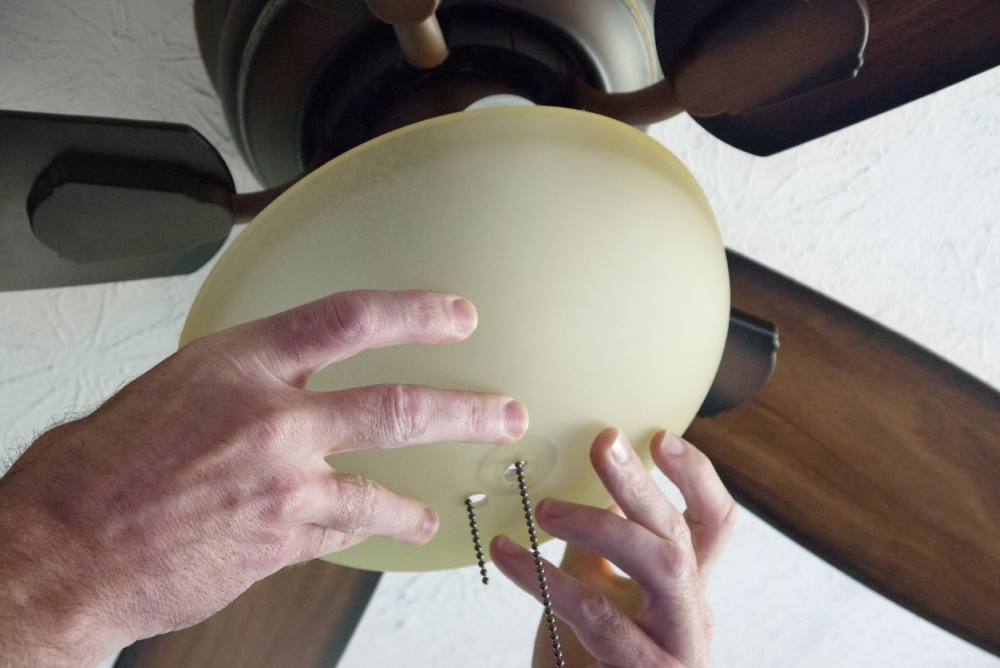 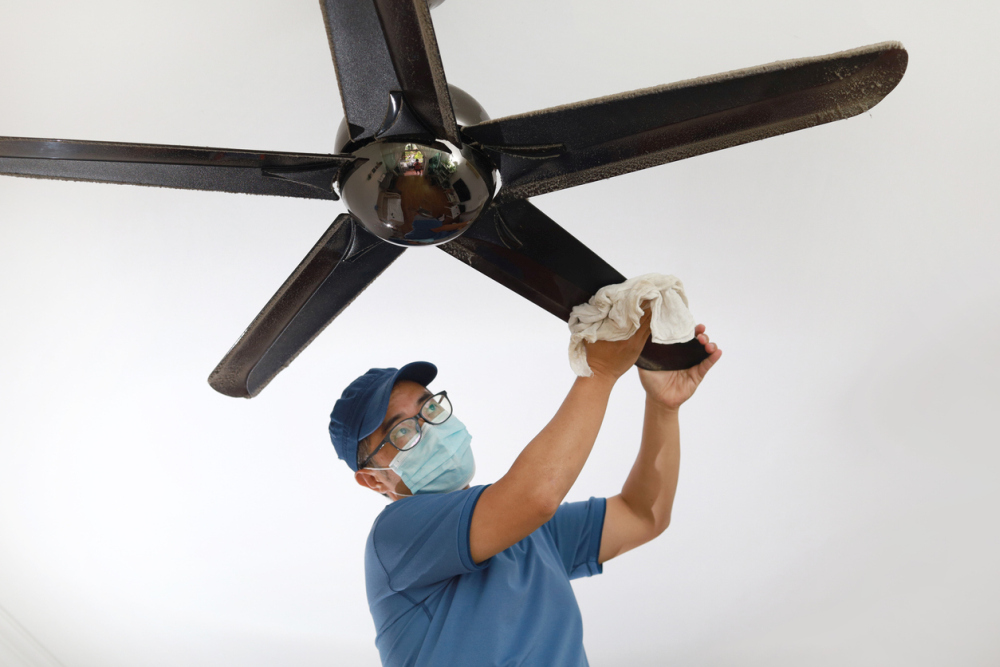 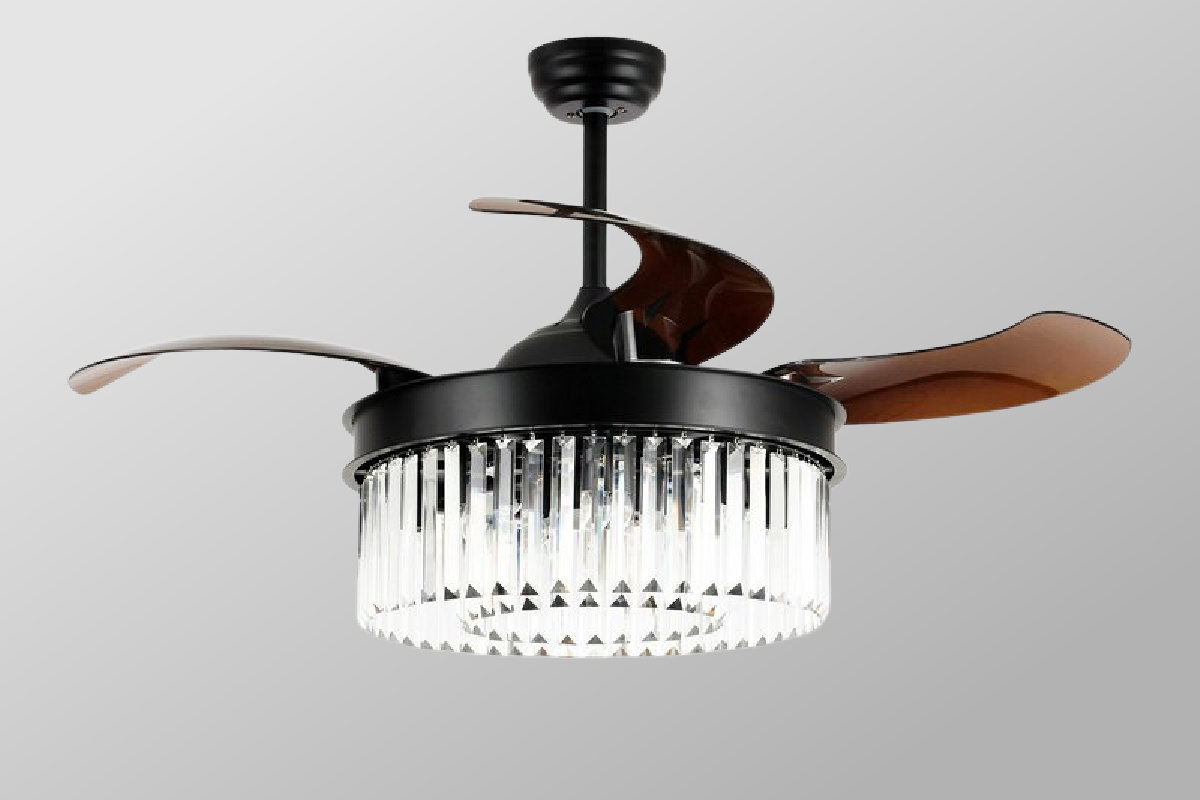 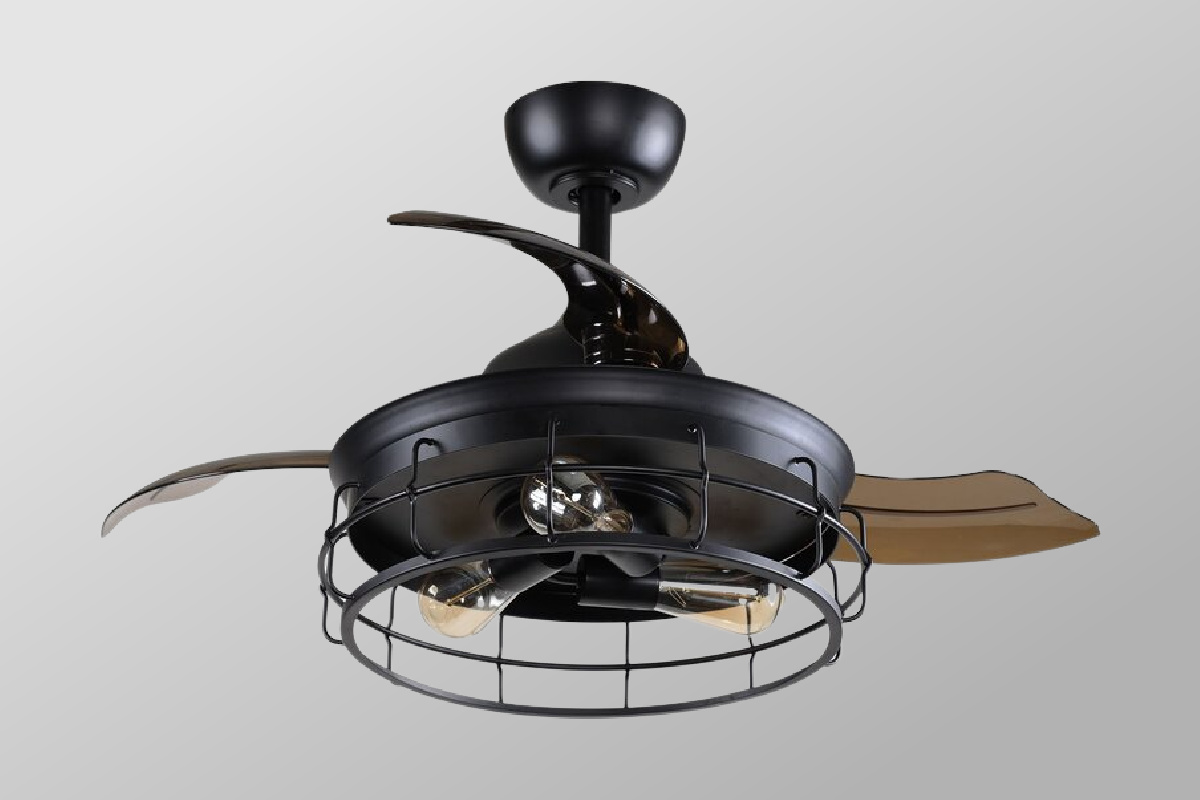 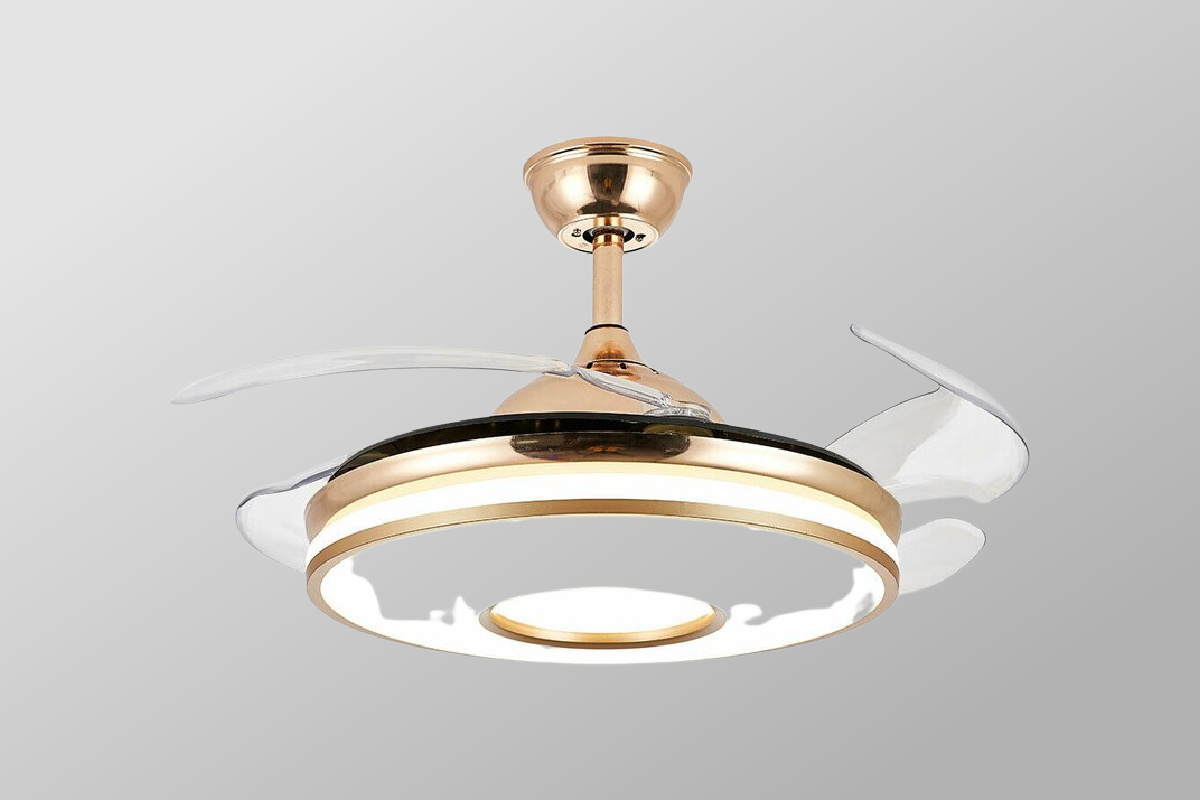 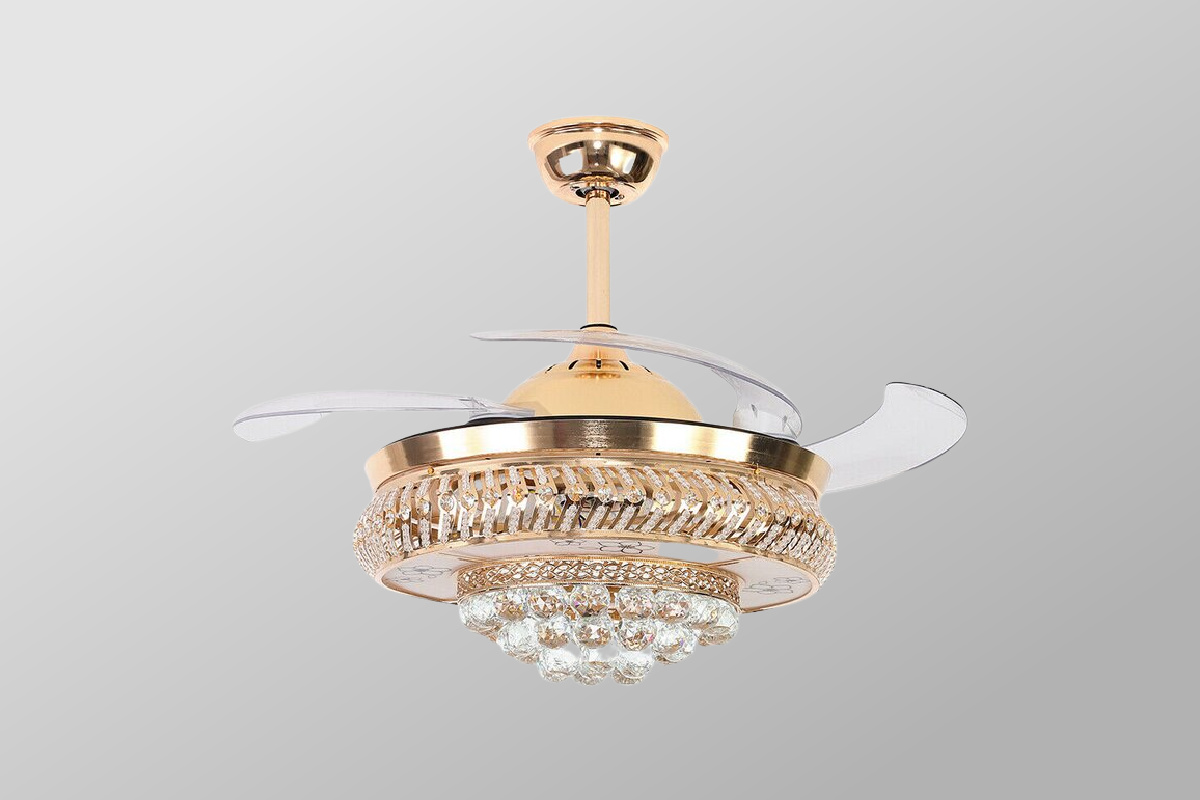 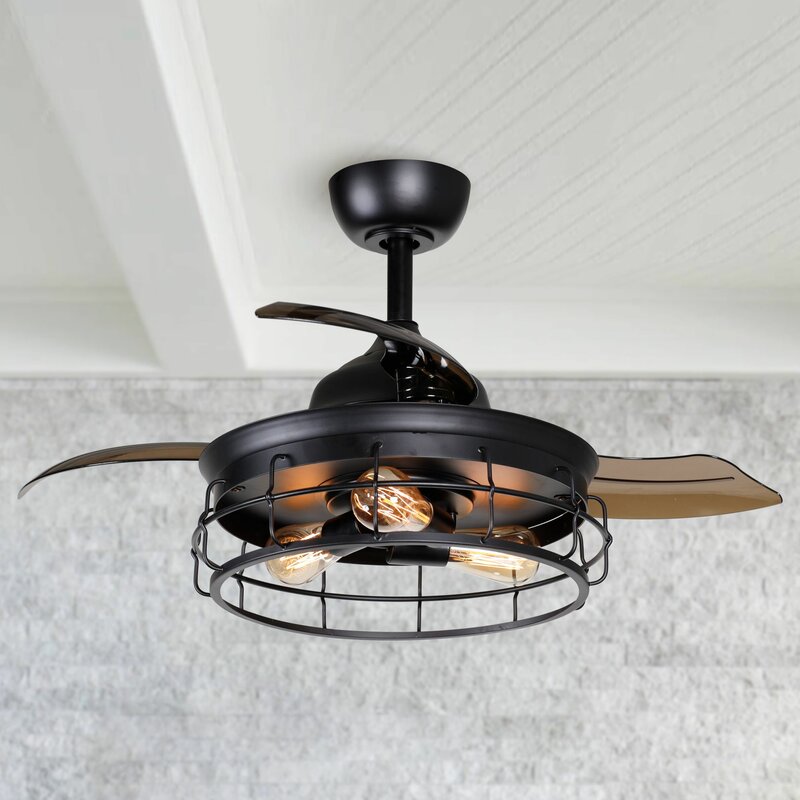 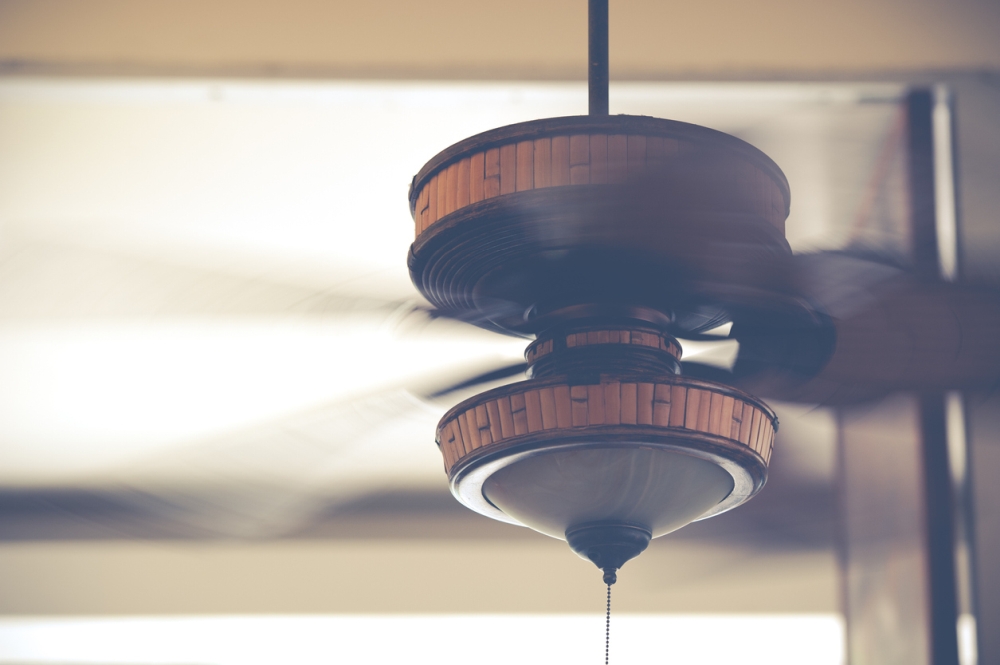 A retractable ceiling fan is a stylish decor item that helps you stay cool when it’s hot outside. A new ceiling fan that doesn’t require heavy maintenance is a blessing. If you’re looking for a retractable fan, there are a few things to keep in mind, which we’ll show you later.

Here, we’ll show you the best retractable fans on the market. We’ll talk about their features and what makes them unique. And before we’re done, we’ll give you a few tips on how you can get the most out of your ceiling fan.

Before going further, we want to show you a few distinguishing features that make this ceiling fan style special. If you want something for your home that will also help you save money, this fan is the answer.

What Is A Retractable Ceiling Fan?

A retractable ceiling fan is a fan that can retract its blades when it’s off and spreads out when it’s on. When it spreads out it’s the full size of the blades.

There are many different sizes and styles. Some models have crystals while others feature  industrial designs.

Unlike traditional ceiling fans, these ceiling fans are quiet. It’s because of the way that they are designed, they are supposed to be quieter thanks to the technology in the motors. The heavy blades of standard ceiling fans are often heavier and require a large motor that can be noisy.

You’ll want to make sure the model you choose is compatible with your existing ceiling fixtures. Second, you’ll need to decide on the size and blade style. You’ll also need to choose a model that offers dimming capabilities so you can adjust the light level to suit your needs.

Retractable fans adhere to an aesthetic that traditional ceiling fans do not follow. Some  have that chandelier look and some have an industrial look. There’s a style and model for just about any type of décor.

The blades on most retractable fans are made out of high-quality material that is meant to last for years and is easy to maintain. Trusted brands have excellent warranties as well.

The House of Hampton Retractable Ceiling 42” Fan offers a cooling experience, unlike traditional fans. You can also adjust its features with remote control. It has a silent motor and is  made out of metal, ensuring long-lasting durability.

The fan’s crystal chandelier will enliven any home space. The blades are reversible and suitable for living rooms, bedrooms, or smaller spaces that could use a fan.

You can select between three lighting colors with the remote control device. As far as the construction, it is made out of a metal body and abs retractable blades, and a pure copper motor.

This model is suitable for small living spaces. There is a light kit included to help you install the lights. It’s available in gold or silver.

The Williston Forge Retractable Ceiling Fan features a wall switch that’s good for any room. It is multi-functional so that means it can diffuse light in the room while making your space feel cooler. The fan features a metal and industrial design.

With this ceiling fan, you get blades that can be pulled out when needed and switched back into their storage position. You’ll also need an electrical box with holes for the wires – but don’t worry, those are included.

The Williston Forge 42” Blade Retractable Ceiling Fan features a crystal chandelier fan that would look good in any room. It also has retractable blades that move into place when it’s turned off. Because of its size, it is suited for medium sized rooms. Besides the fan, you also get a downrod, blades, and light kit.

How To Clean A Retractable Ceiling Fan

You’ll want to prep the ceiling fan by turning off the switch. You don’t want to be trying to dust or clean when it’s on as it can be dangerous.

Assuming that you have a duster, you will want to dust off any dirt or debris that’s on the blade and light fixtures. Doing so will make sure that when it’s time to wash down the blades and fixture, you won’t be wiping dirt.

Now you can take a damp paper towel and start wiping down the blades. You can also wipe down the lighting fixtures. Make sure you dry it or let it air dry before using it again.

How To Install A Retractable Ceiling Fan

This applies if you have a ceiling fan fixture that’s already wired. You’ll want to make sure that the power is off so that you can begin installing the new ceiling fan.

If you need to remove the previous ceiling fan, this is the time to do so. After that, you’ll want to mount the junction box.

After installing the junction box, you’ll want to start mounting the bracket. Sometimes you’ll get a slide on the bracket, but assuming that you don’t, you’ll want to follow the manufacturer’s instructions to make sure it’s on right.

You’ll want to make sure the down rods are set so you can set them Always refer to the manual for this step as it differs depending on the make and model.

Now that everything is in place, you will want to wire the ceiling fan to the ceiling to help secure it in place. If you’re not comfortable doing minor electrical work, we recommend hiring a professional for this step.

Finally, you’ll want to attach the blades and lightbulbs. You’ll want to make sure that it works by turning on the outlet, to see if it’s on. If there’s an issue, turn off the power before assessing the fan.

Are 3 or 4 blade ceiling fans better?

4 blades can provide more air circulation, but they can also cost more than their 3 blade fan ceiling fan counterparts.

They do work if there are ceilings under 8 feet, so basically very low ceilings.

Is a ceiling fan better than a standing fan?

A ceiling fan will actually circulate the air in all parts of the room it’s in. A standing fan will only cool down the direction it’s in.

How Do You Clean Ceiling Fan Blades Without Taking them Apart?

Use a pillowcase to wipe down the canopy, down rod, and motor housing. The pillowcase will capture any excess dust. Slide the pillowcase over a fan blade, then press gently against the blade, and pull the pillowcase back. Repeat until all blades are clean.

How Do You Balance A Retractable Ceiling Fan?

Turn on the fan to determine if the wobbling had improved or worsened. If there is no improvement, turn off your fan and move the clip onto the next blade. Then turn the fan back on and see if this is the blade that is unbalanced and if it isn’t, repeat on all your blades until you find the one that is unbalanced.

Turning the fan on creates a centrifugal force that deploys the blades to circulate air within a room. The extra reversible function allows you to use this beautiful fan all seasons.

A ceiling fan is a great way to cool down a room, but it can be bulky and take up space. If you’re looking for an affordable and effective way to add a ceiling fan to your home, consider a retractable fan.

As we showed you here, the fans have blades that fold up into the housing when not in use, so they don’t take up extra space. Plus, as they’re mounted flush against the ceiling, they are less likely to wobble or make noise than traditional ceiling fans.

Once you’ve decided on the best fan for your home, follow the installation instructions. These fans are easy to install, but it’s important to do it right so you can enjoy years of trouble-free use.