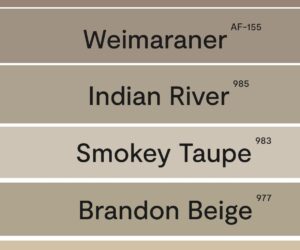 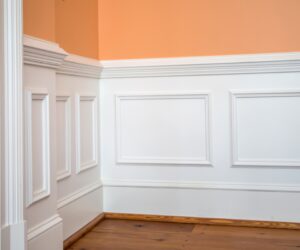 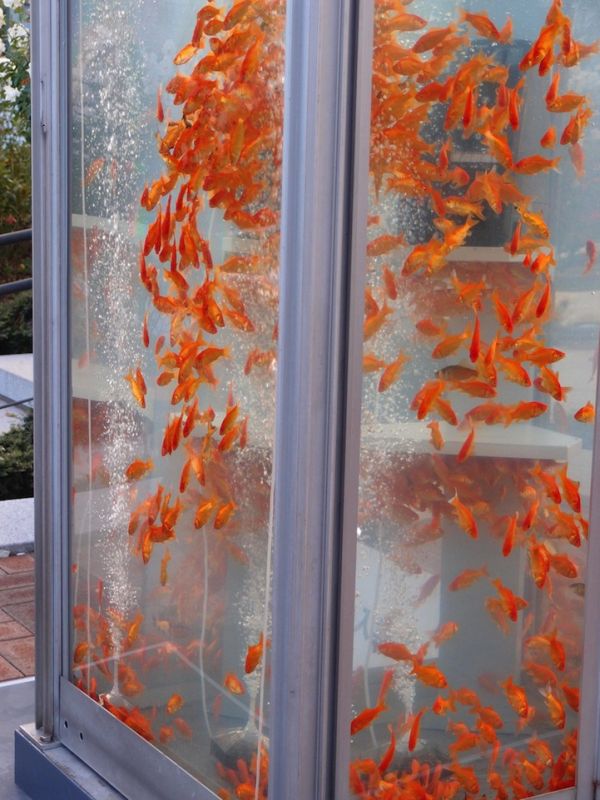 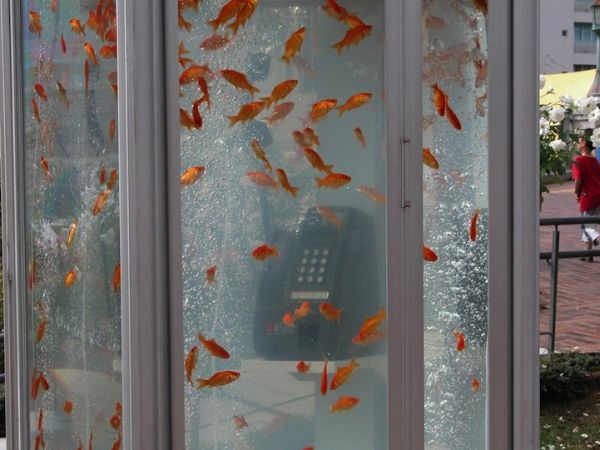 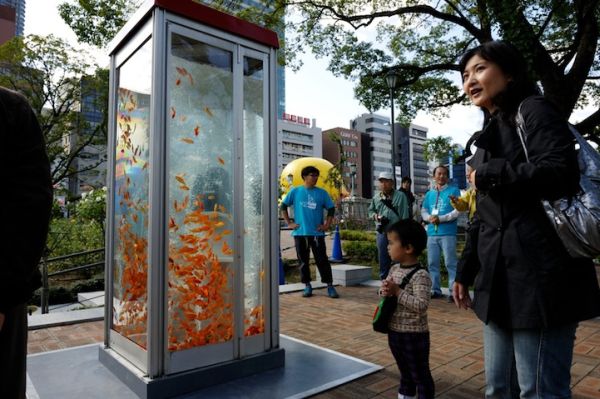 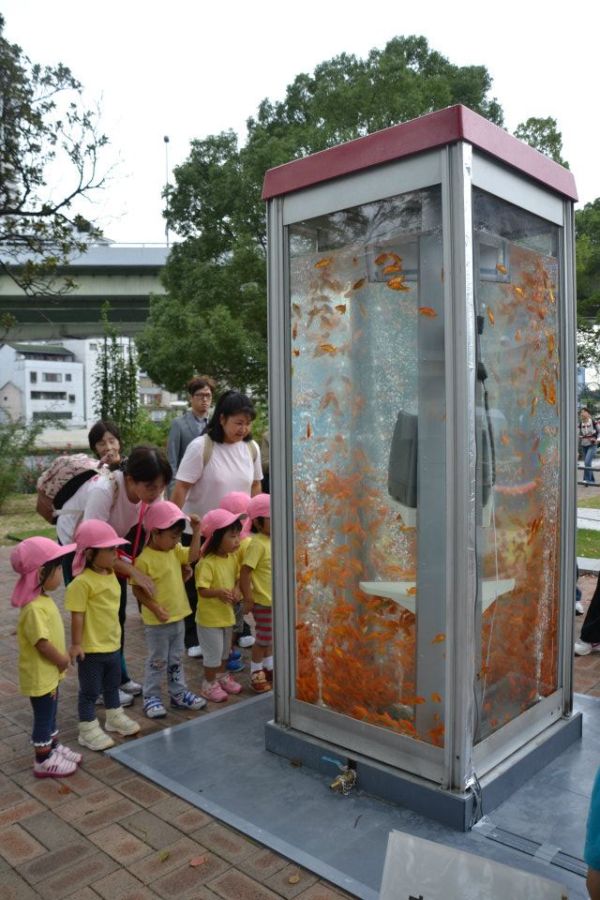 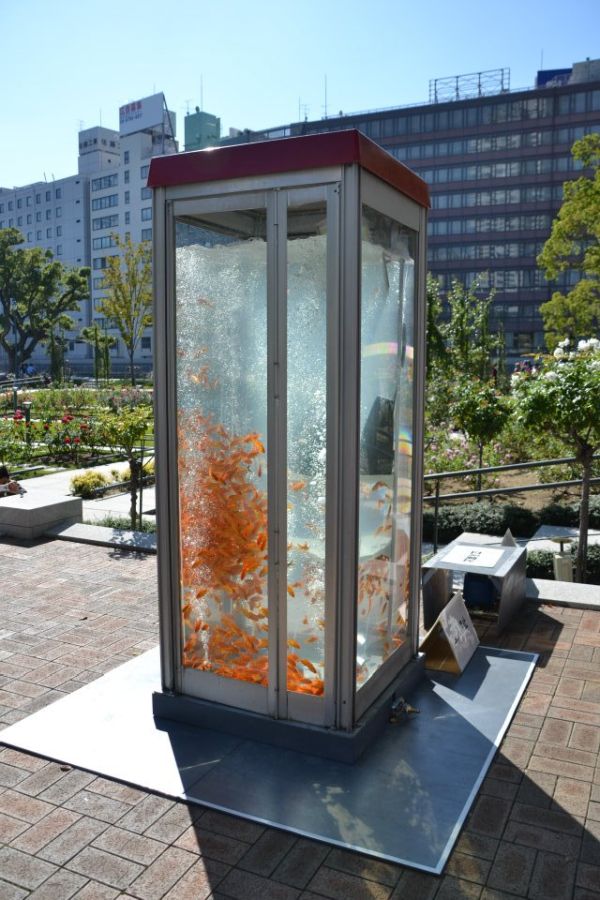 We now live in an era when many of the revolutionary inventions that changed the world are no longer useful. For example, the phone booth was a great invention when it was first introduced on the streets. It made our lives much more easier and it changed our perspective on technology. However, the very same concept that the phone booths were based on has grown and has led to the creation of cell phones. We all carry them now so we no longer need or use the phone booths. But they are a nostalgic memory and don’t deserve to be discarded just like that. So a few people decided to repurpose them and turn them into works of art.

This is a movement that first appeared in Brazil. It was then adopted in Japan as well. Here, art collective Kingobu has repurposed phone booths into goldfish aquariums. It’s an image that personally sends me to magicians and their tricks. But this has nothing to do with magic. It’s just the result of the efforts of this group that turned these old phone booths that nobody uses anymore into something that we can all relate to, something that we can all admire and something that impresses once again.

The group responsible for this drastic transformation consists of five students from the Kyoto University of Art and Design. Their plan is to transform several phone booths in Osaka into aquariums filled with goldfish. It’s a very beautiful change of look and use. Also, in Japan the goldfish also have symbolic significance and are believed to bring happiness and prosperity.{found on mymodernmet}.