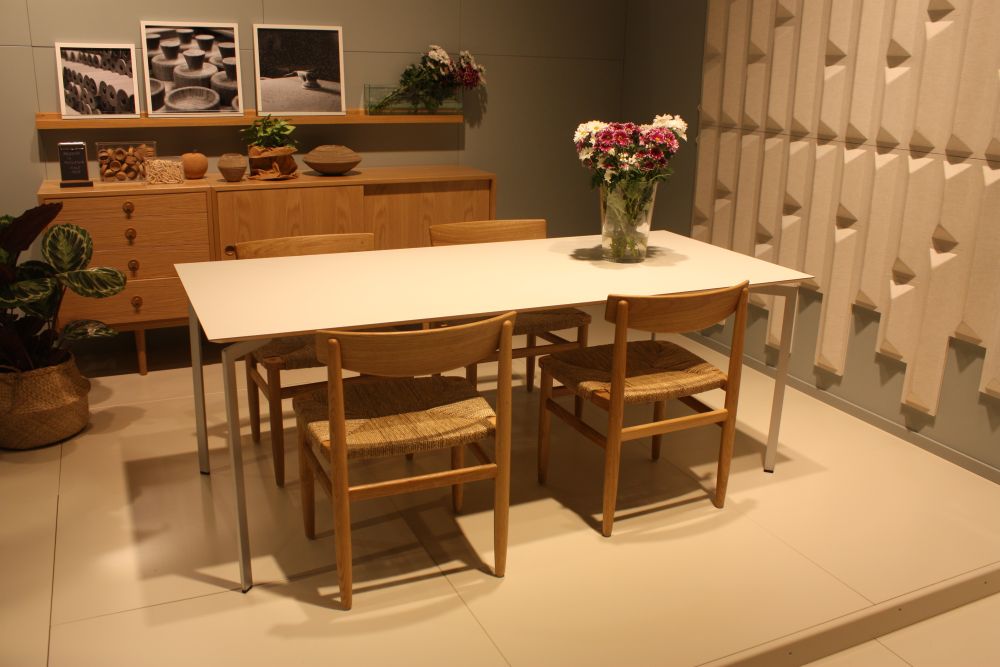 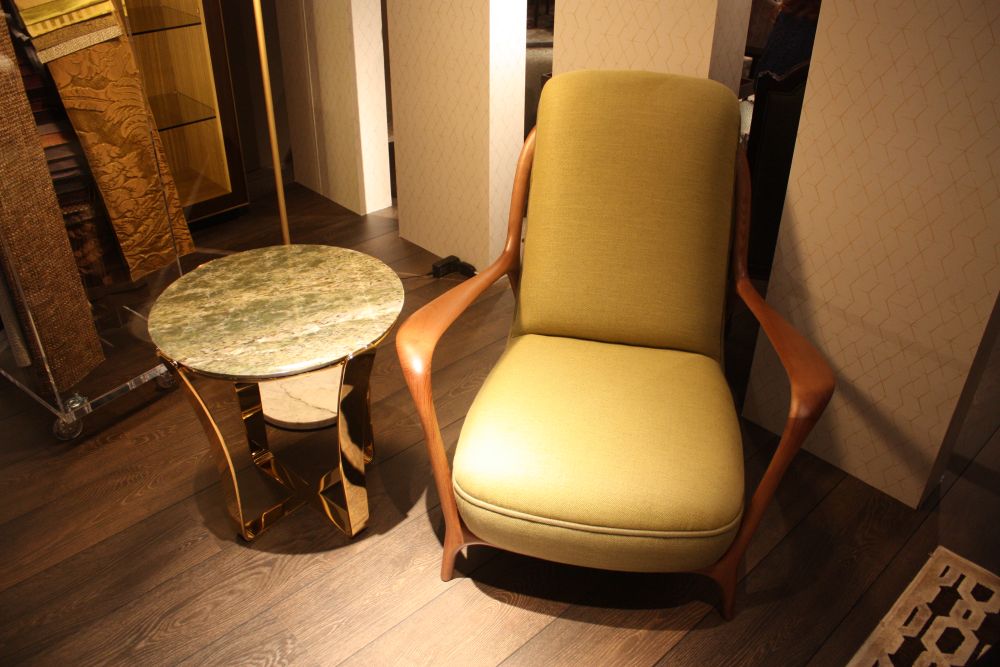 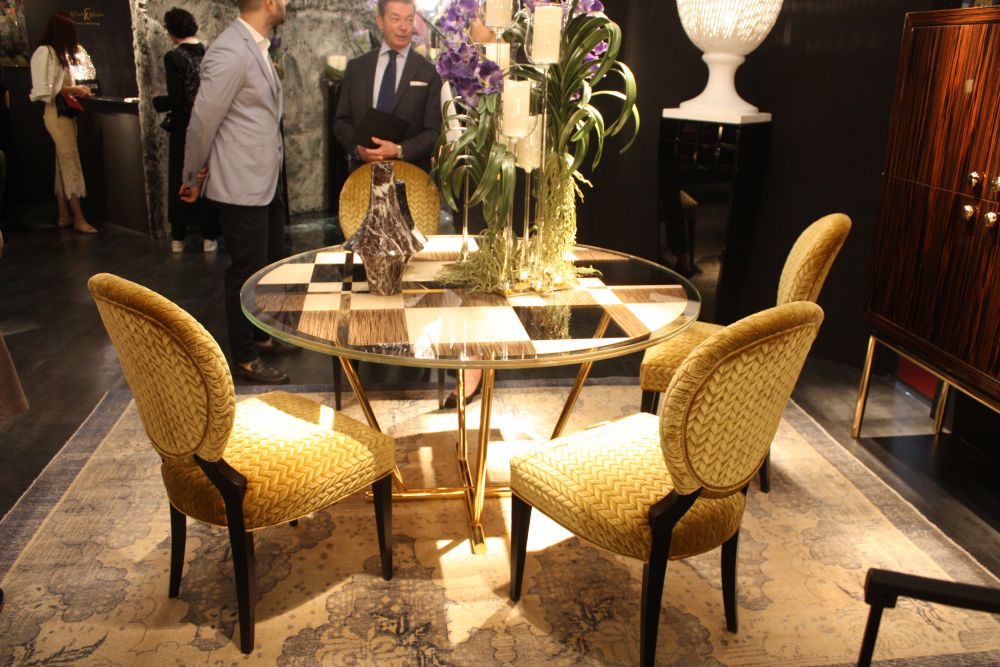 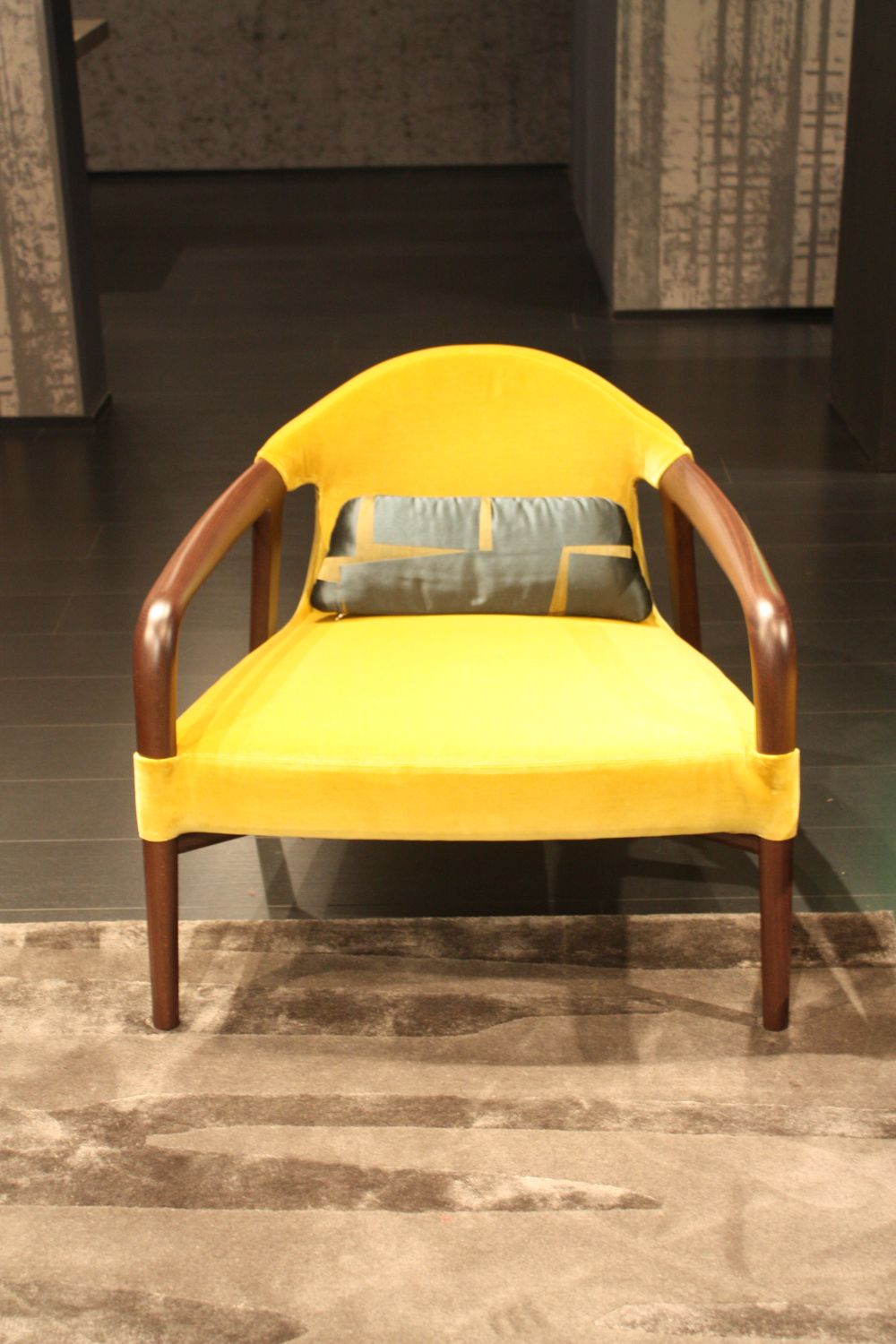 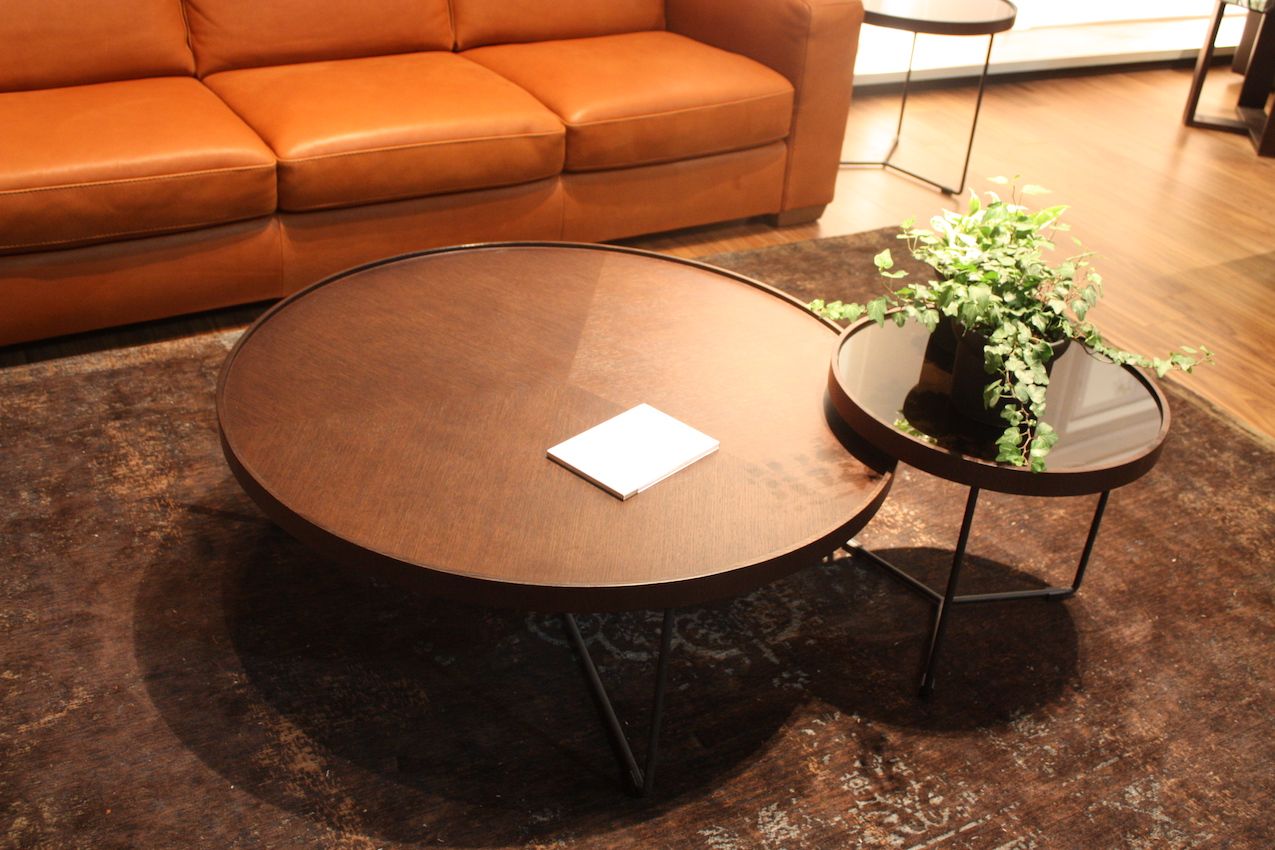 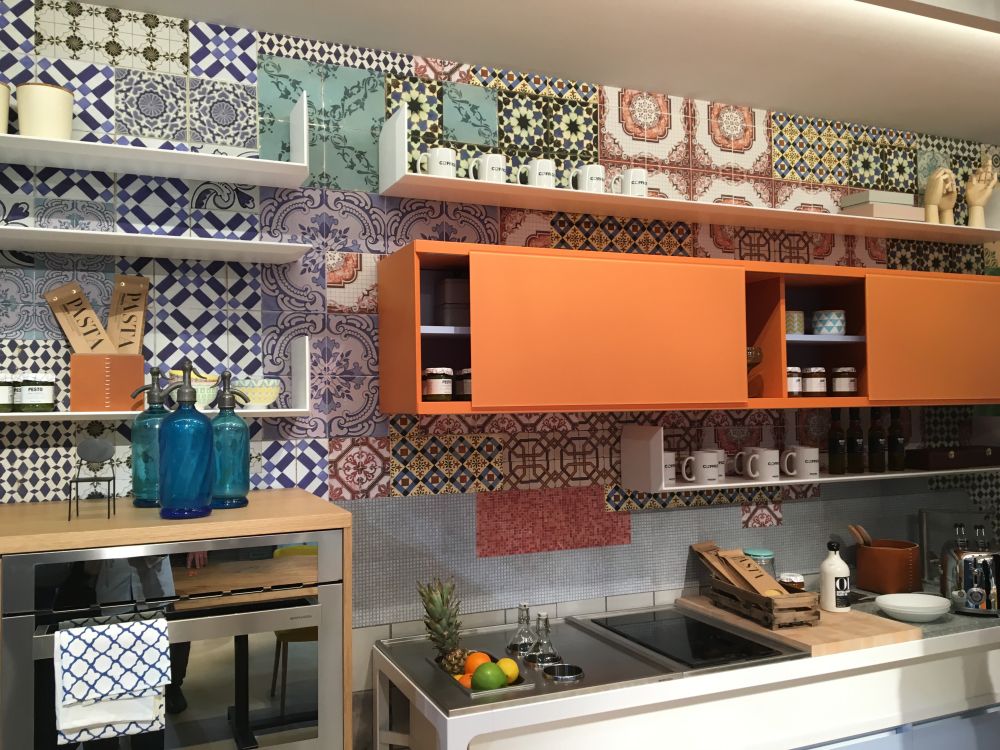 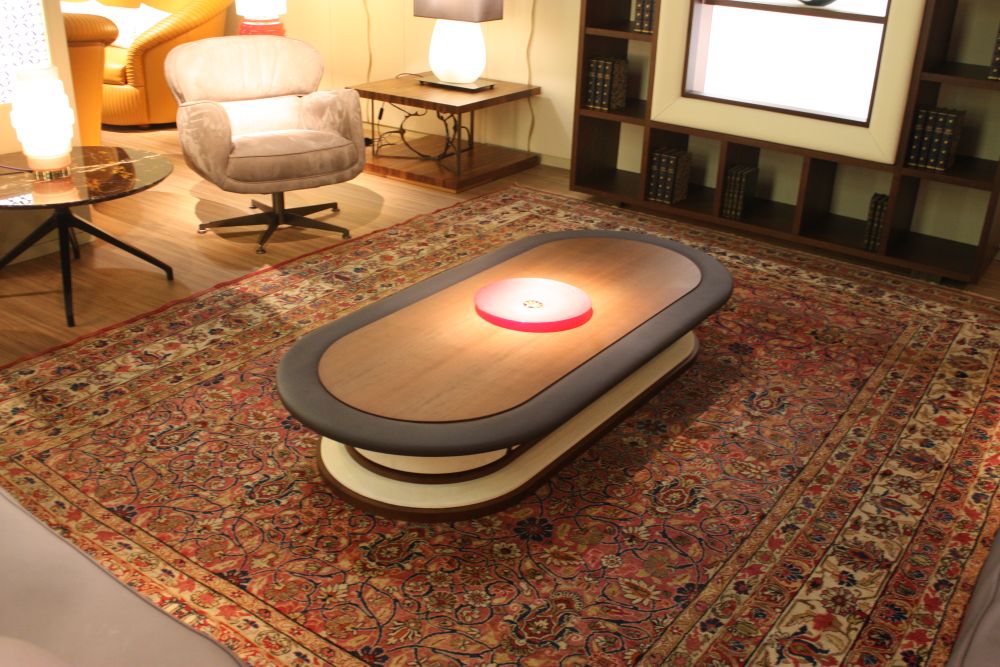 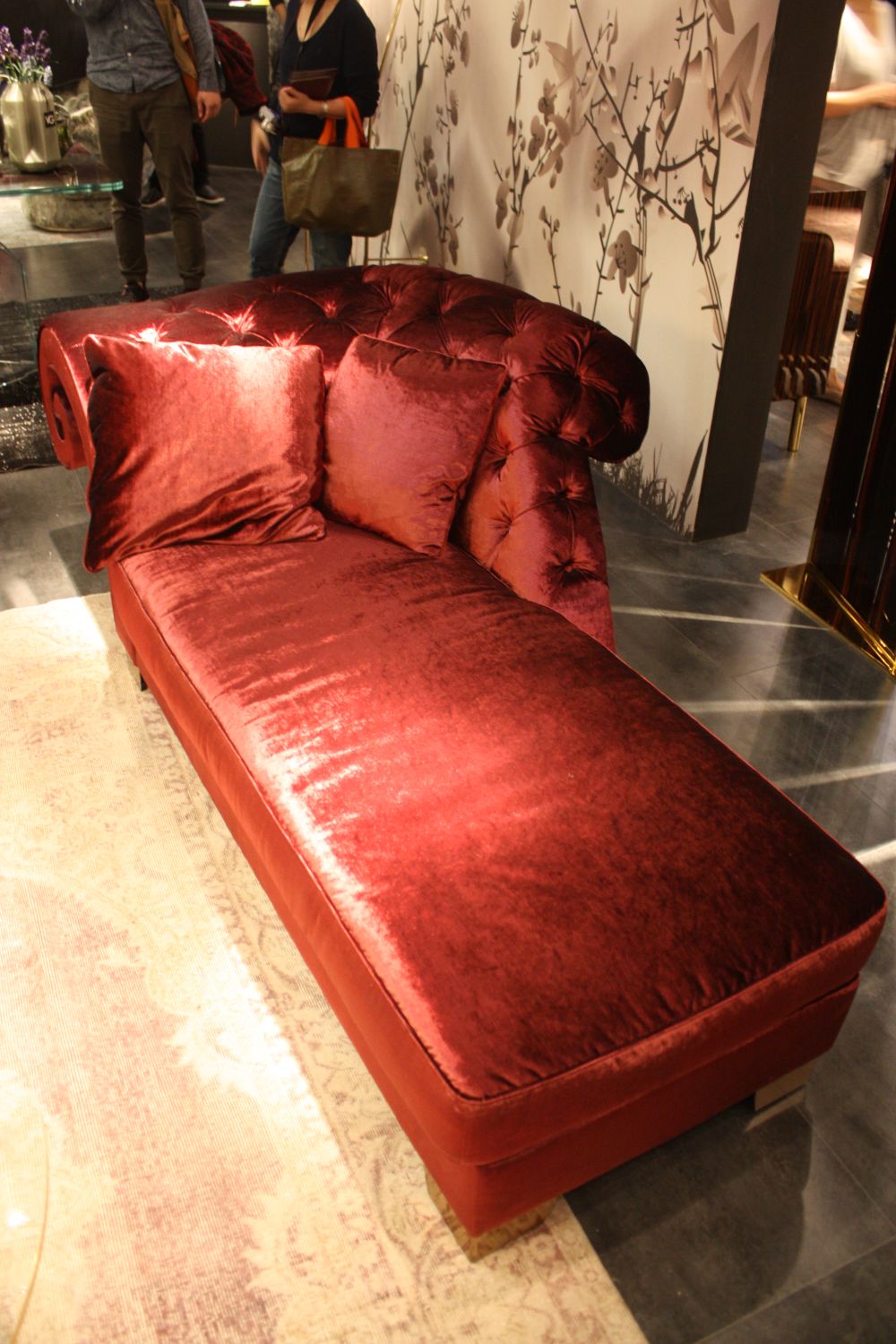 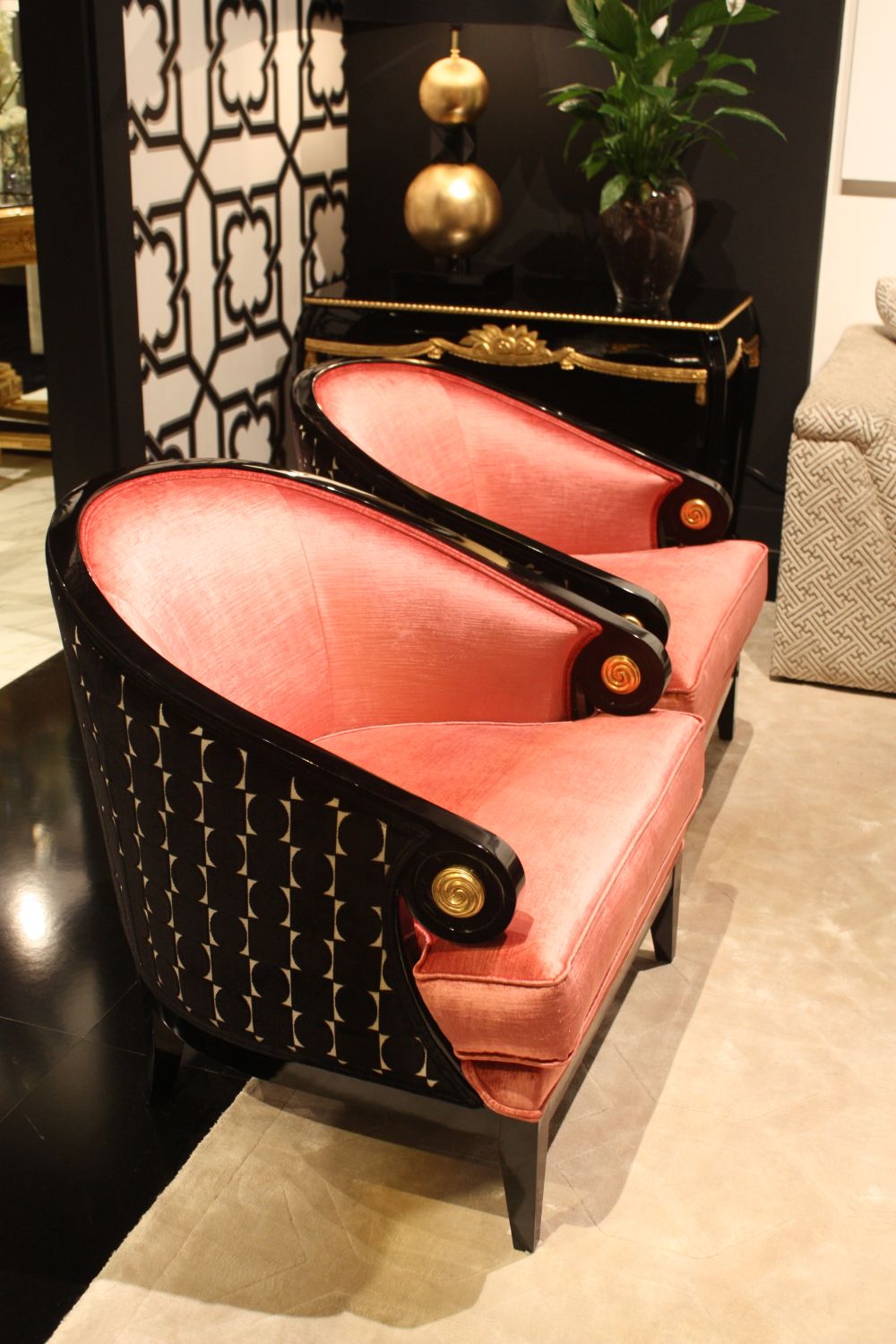 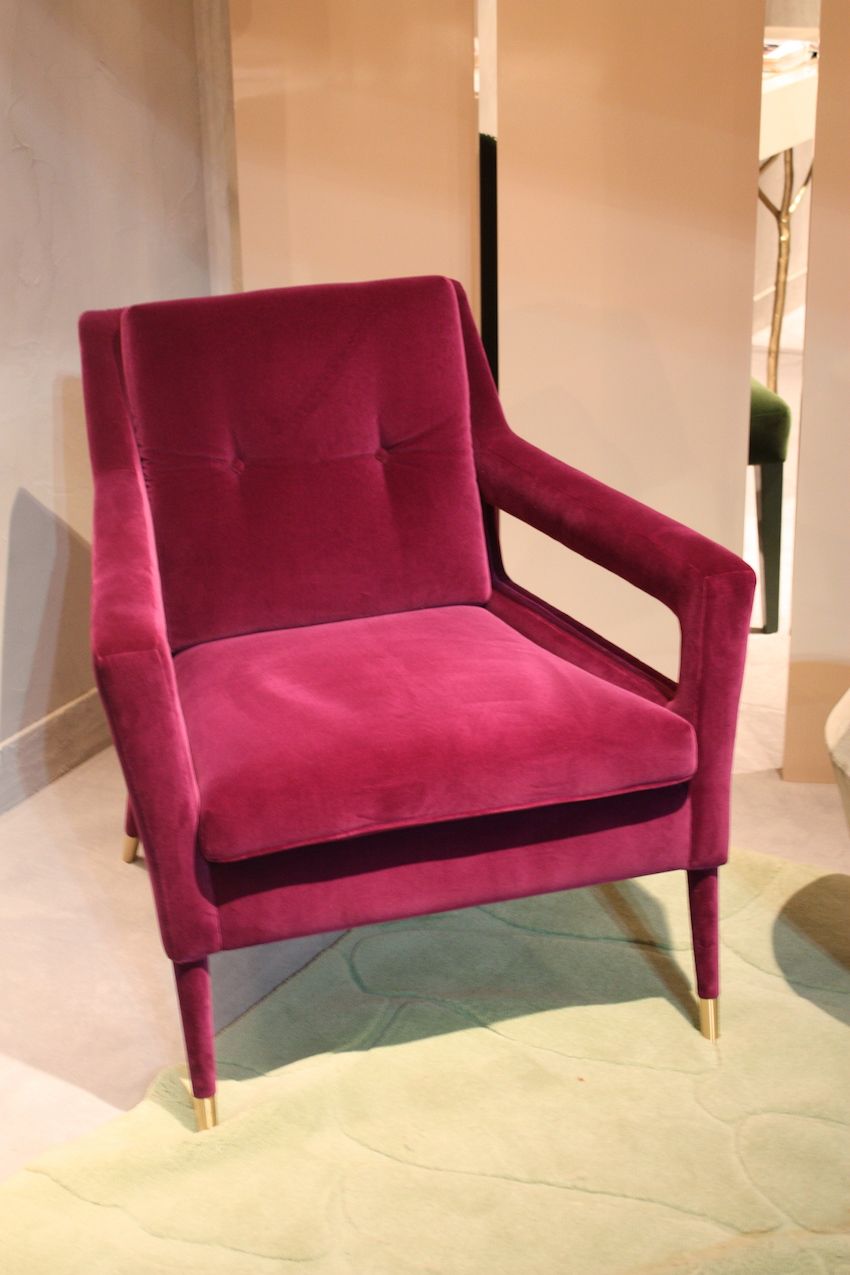 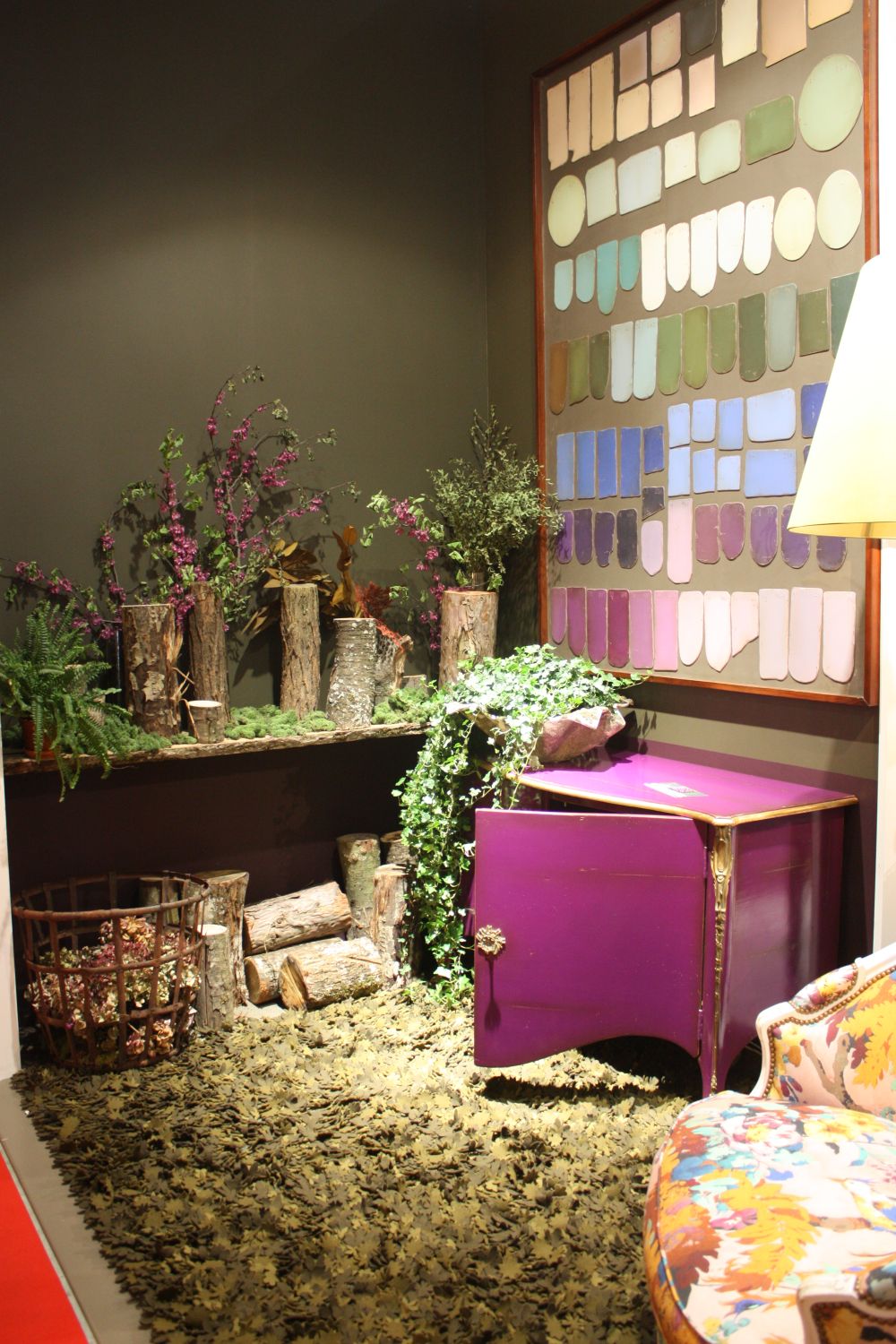 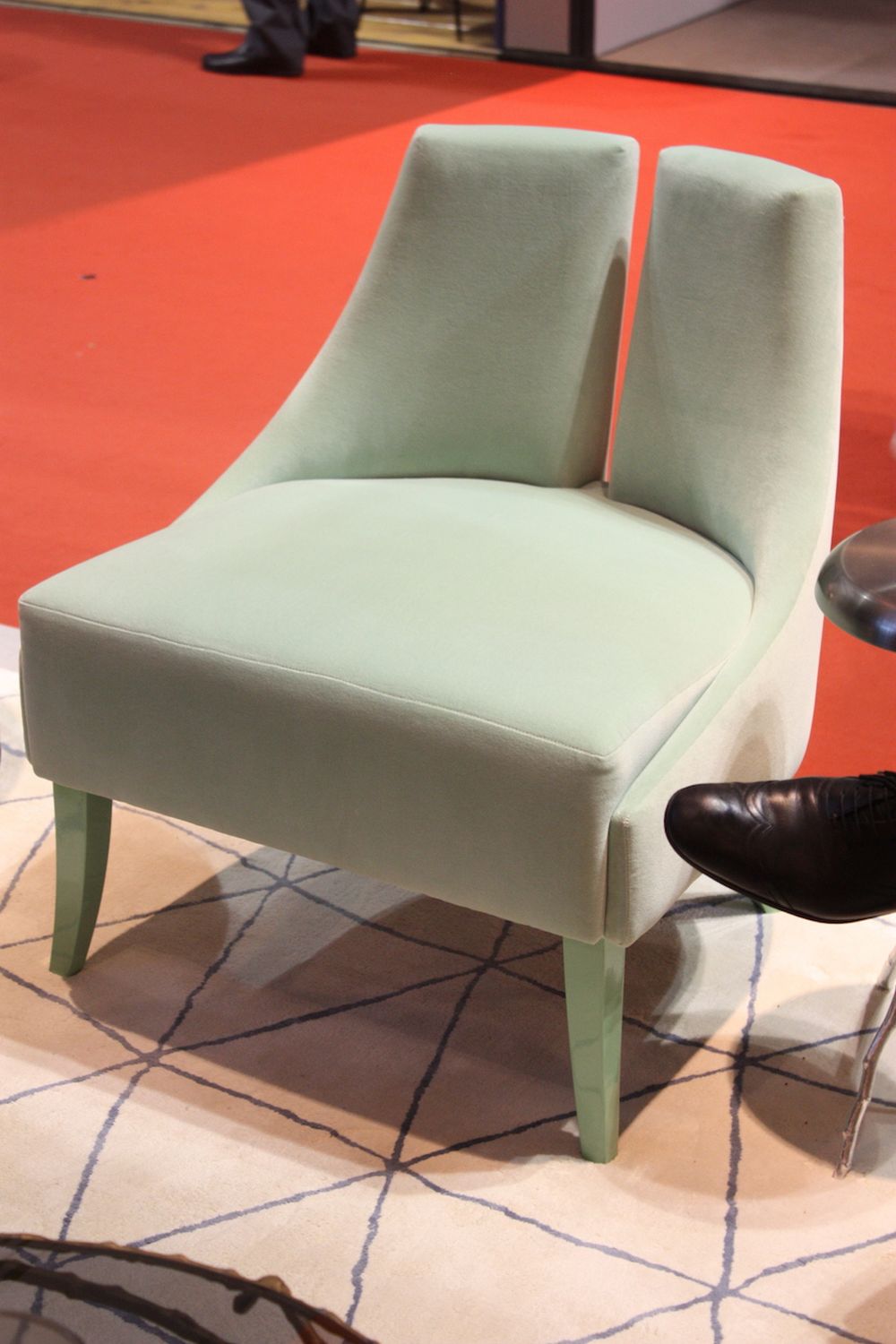 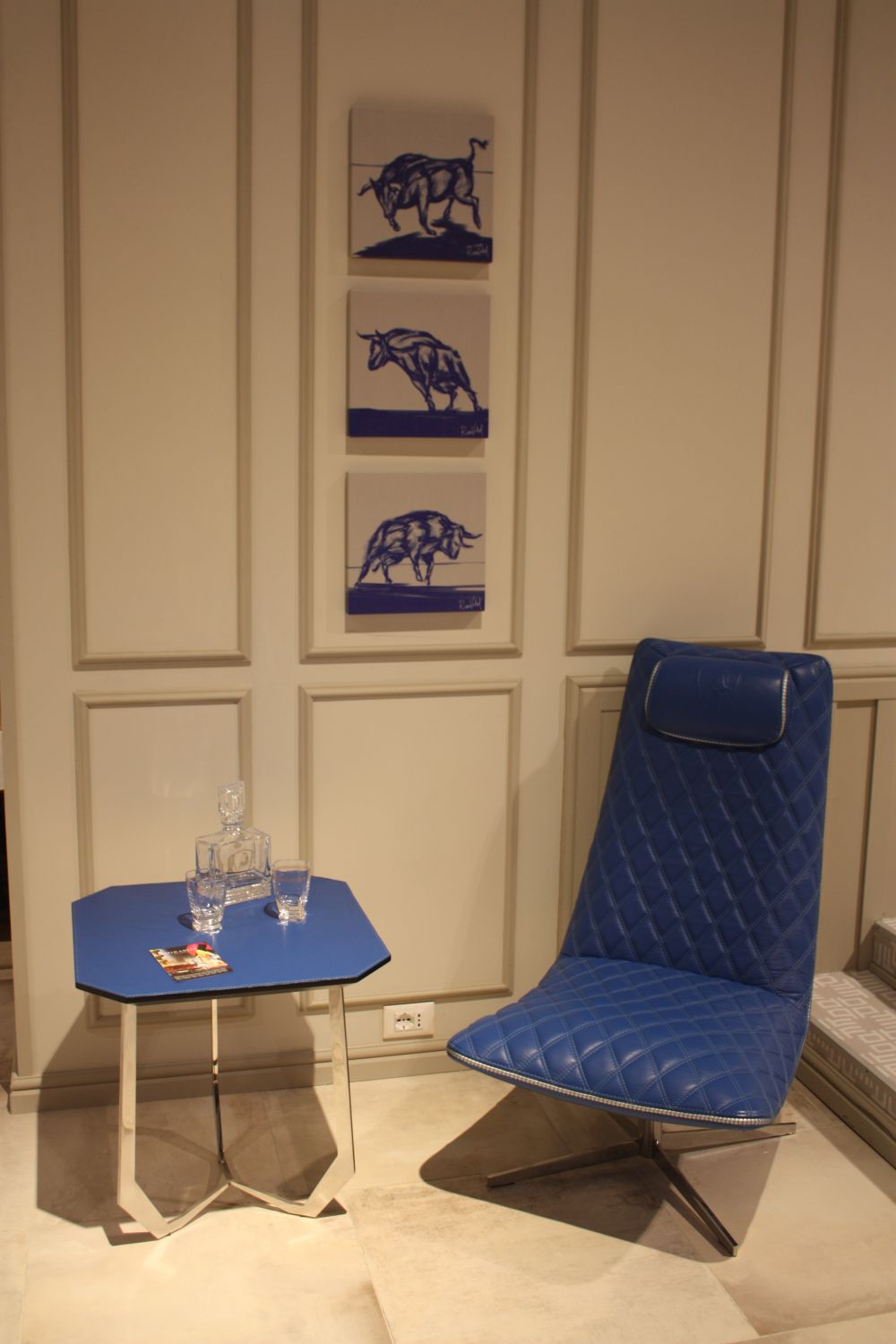 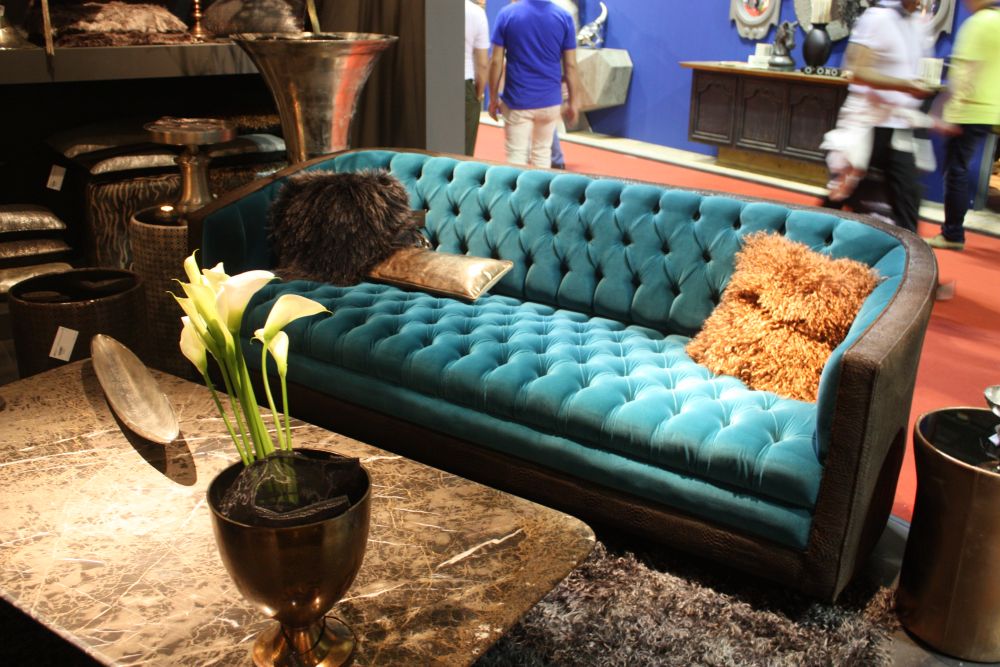 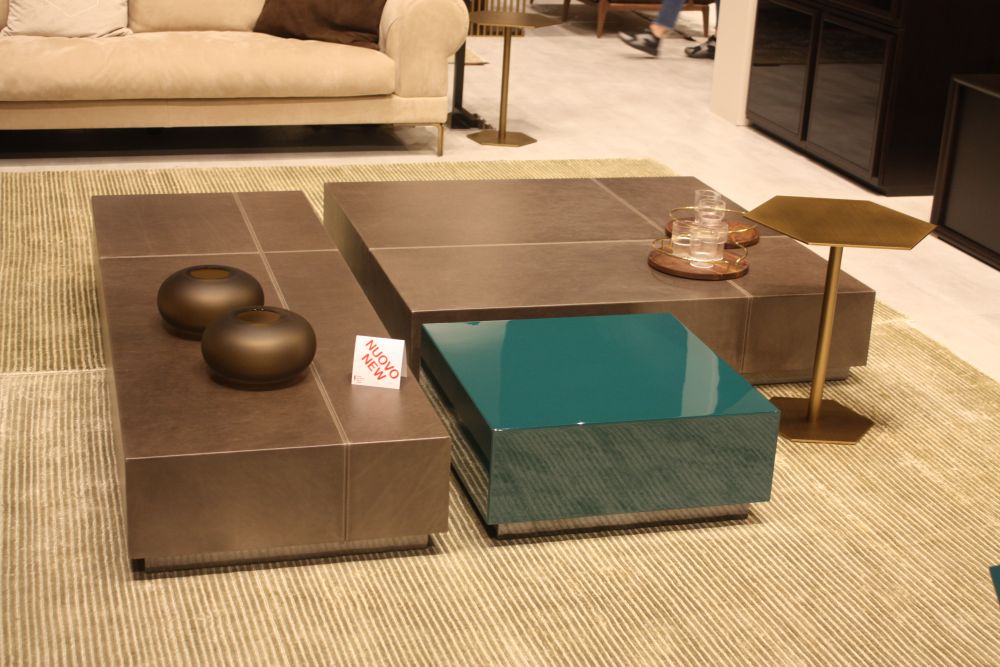 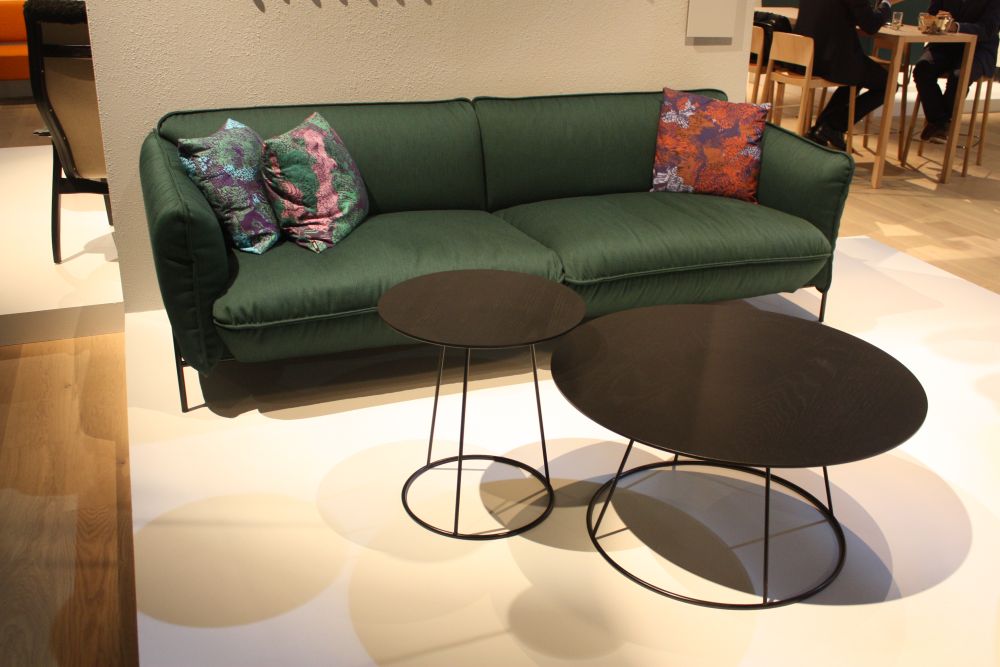 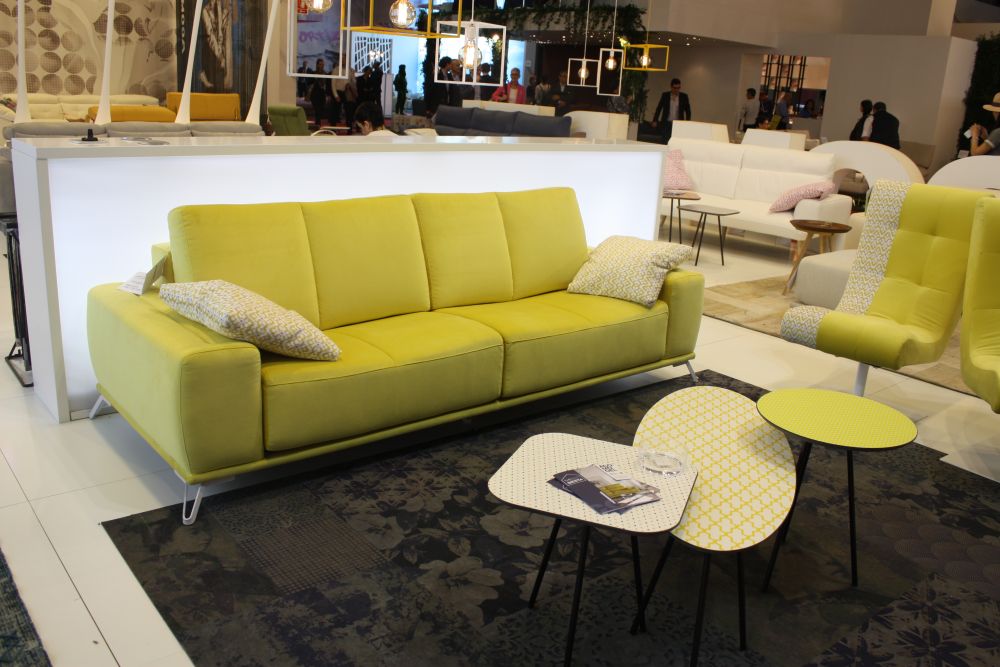 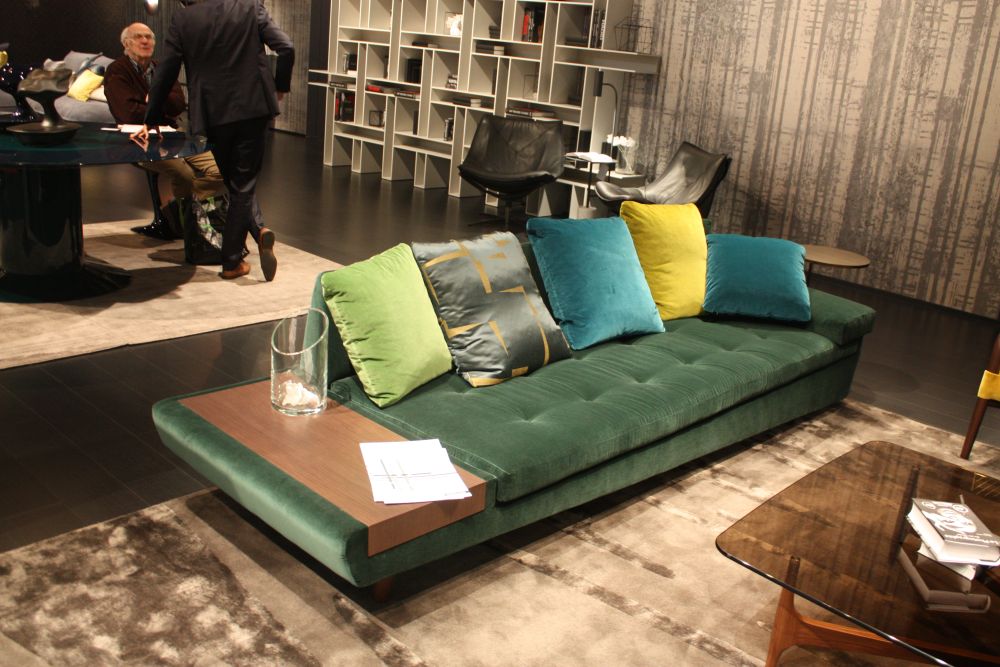 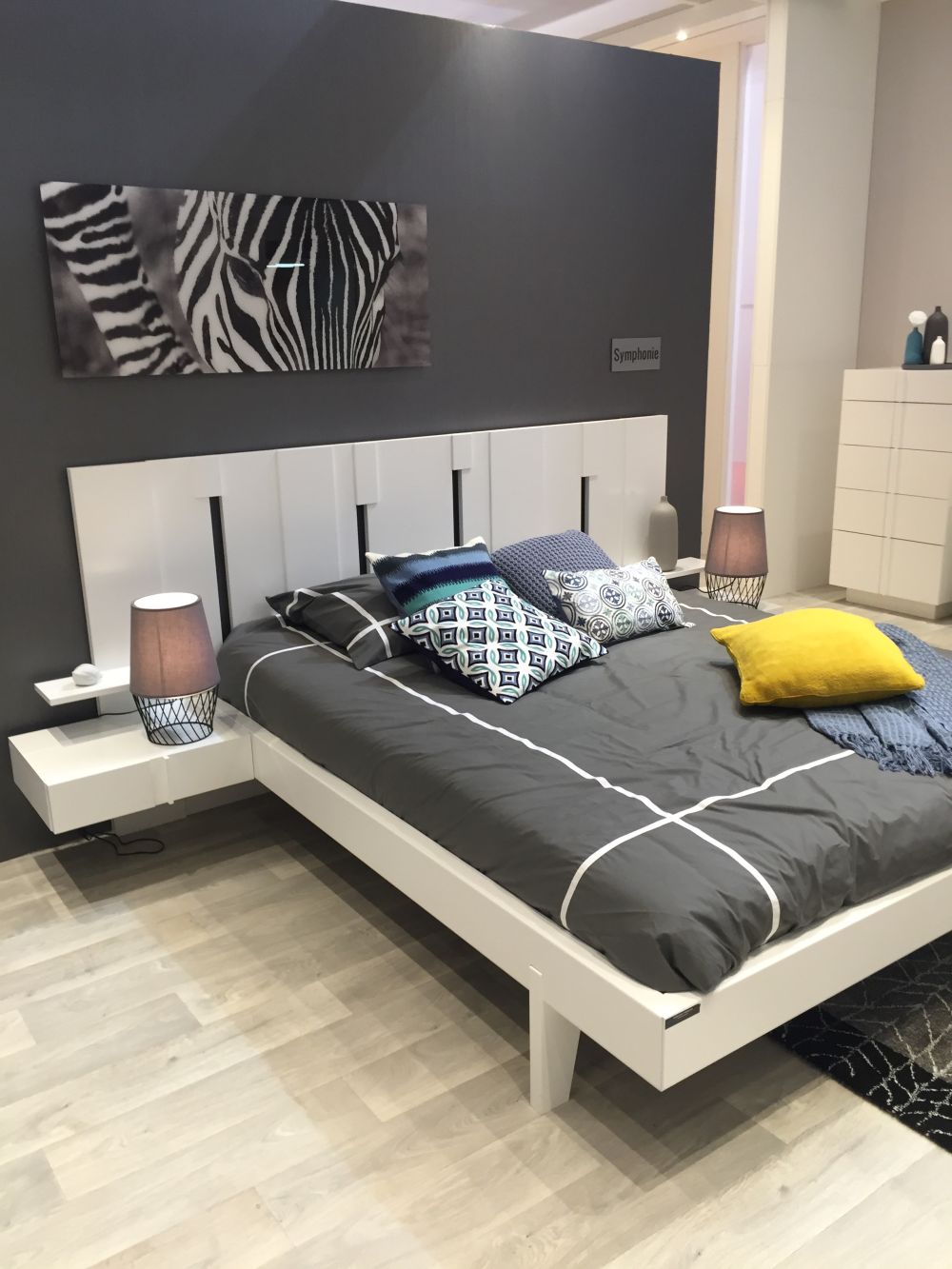 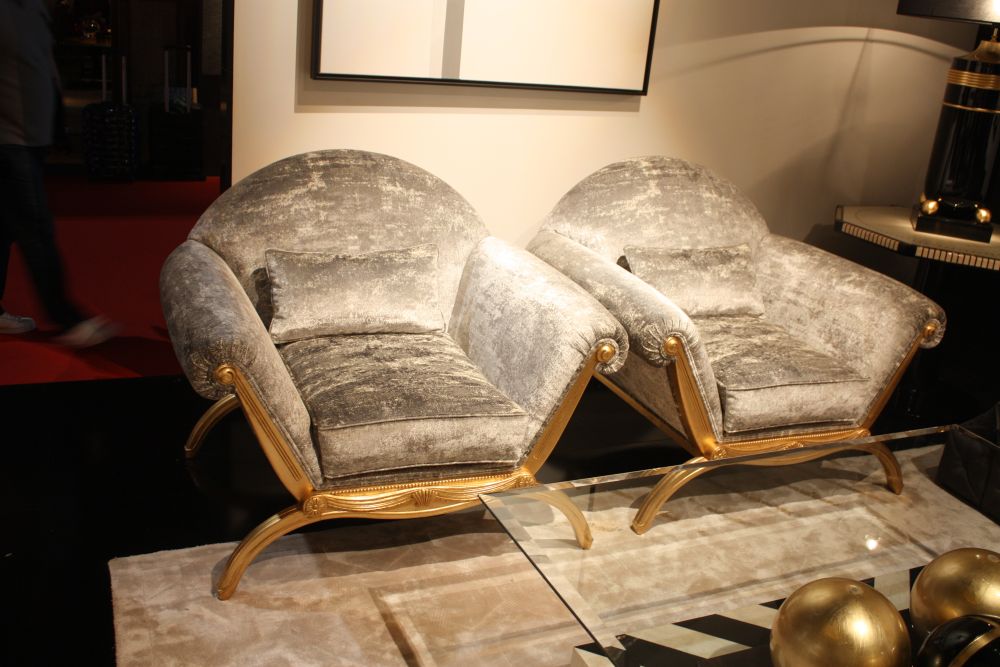 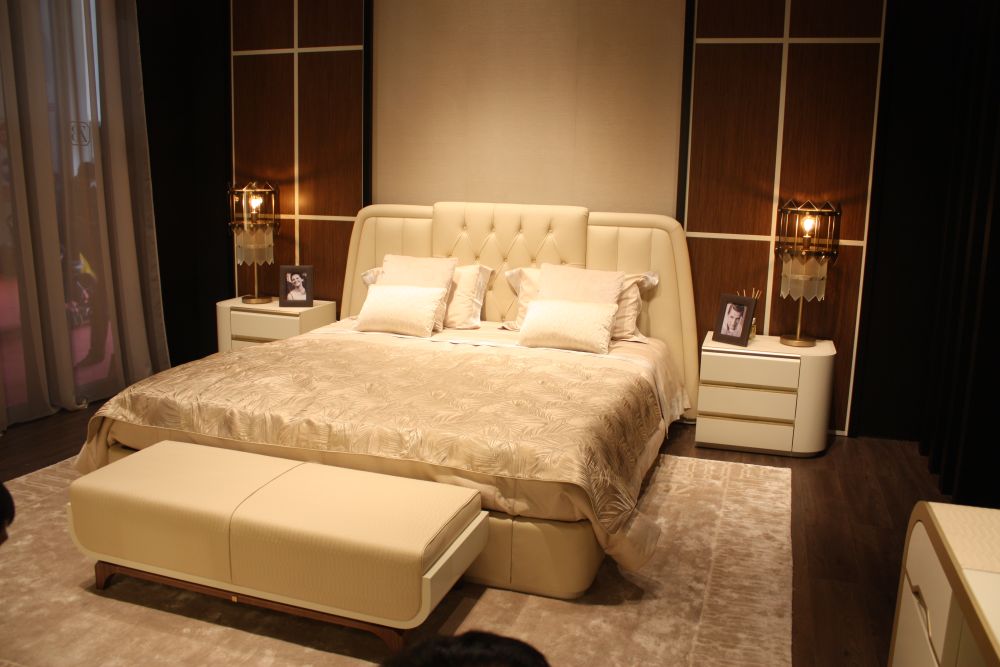 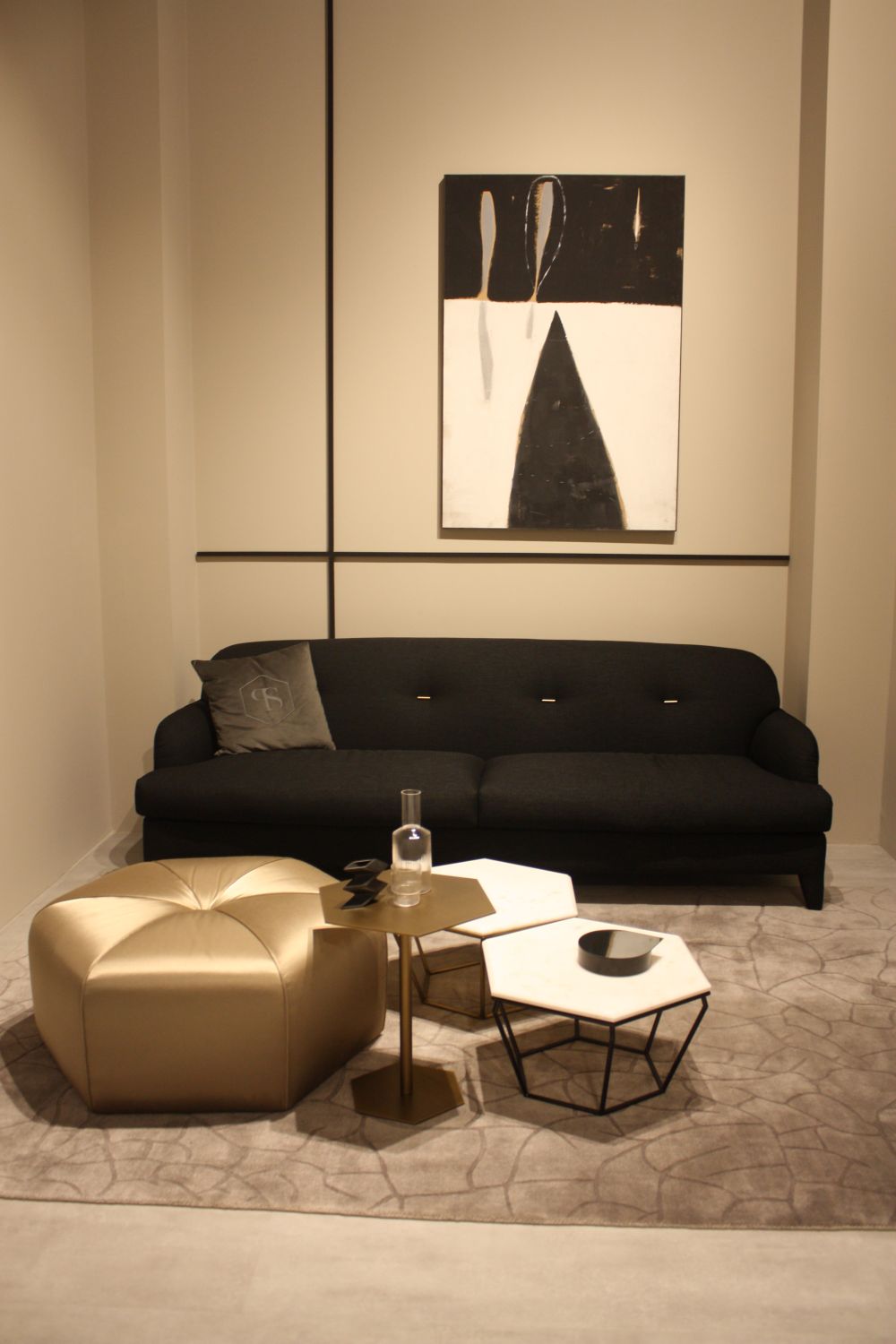 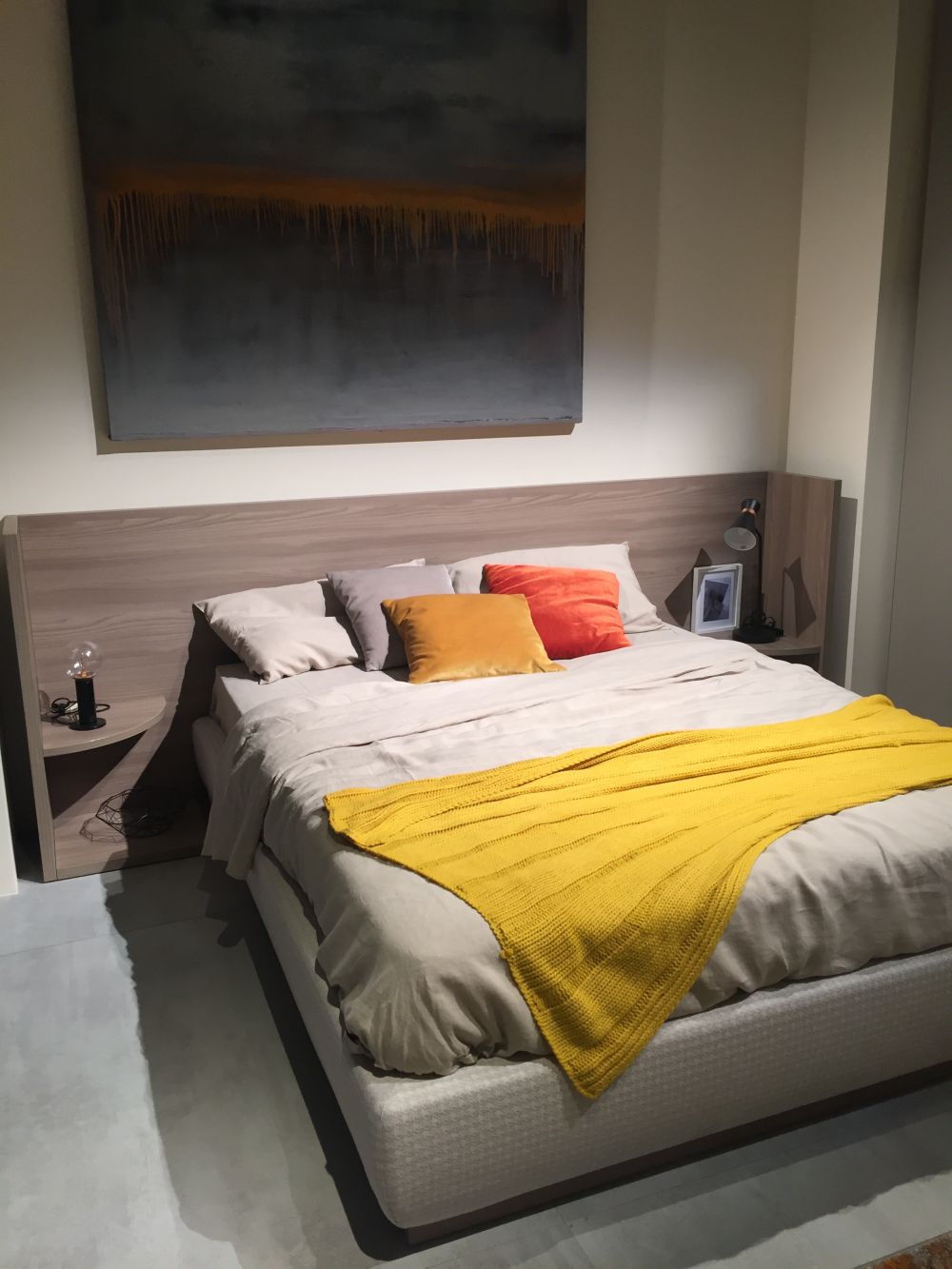 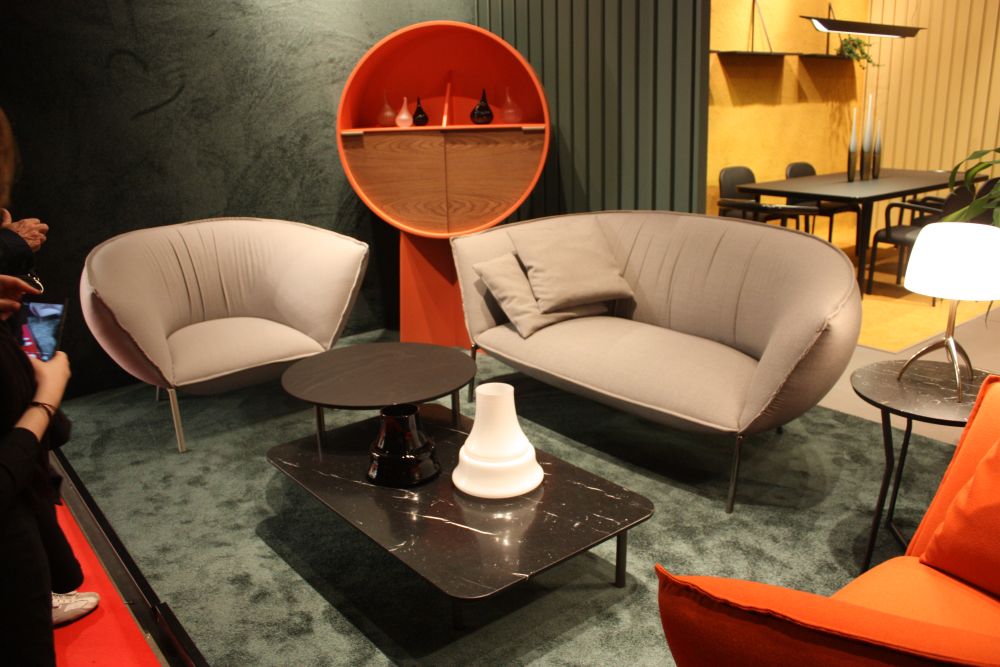 The concept of “mood colors” is a somewhat vague one because, after all, most colors have at least one mood associated with them. Black, for example, is generally associated with darker moods, while yellow is connected with much lighter, happier outlooks. We’re all probably familiar with, at least to a small degree, mood rings and how their color-changing is based upon heat activation changes, which is in turn connected with the ring wearer’s mood.

Whether you believe the mood ring process or not, similar color-to-mood connections are made with colors in interior design. In this article, we’re going to transfer the colors of a mood ring (mood colors) into interiors to see how the interpretations compare. Some mood colors transfer perfectly; others are completely opposite in interior design.

Black is the default color of the unworn mood ring, but it also can show up when a mood ring is worn. In this case, black is associated with stress and negativity. In interior design, however, black is an important grounding color. It adds sophistication and maturity to any space, either in small or large doses. The more black that is used, the more dramatic the space tends to be.

As a mood color, white indicates the ring wearer’s boredom or confusion. In interiors, white (and I’ll include white’s cousins such as ivory and cream here) is an expanding color. It brightens, lightens, and opens up a space visually. White has gone from a generic builder-grade wall color option to a popular wall color choice because, against white, all other colors pop.

Gray is one of the less common mood colors, but when it’s seen, it indicates fear or exhaustion on the part of the ring wearer. This couldn’t be further from the situation of gray in contemporary interiors. Gray is the most popular neutral; it’s less stark than white and black and is much cooler than neutral browns.

The undertones of grey (red/warm to blue/cool) can change its effect significantly, as can the lightness or darkness of the color. This versatility makes it an obvious choice of background, or even the primary color of a space’s palette, for any room in the house.

Mood color green indicates the wearer is active but peaceful. This connection can also be made with most shades of green in interior design. As one of the foundational colors in nature, green indicates freshness, alertness, liveliness, and satisfaction. It incorporates the best qualities of its parents: blue’s serene competence and yellow’s energetic cheer.

The lighter tints of green that lean heavily toward yellow (e.g., spring green, chartreuse) will bring more energy and enthusiasm to a space. These types of bright, zesty (citrus) colors are incredibly eye-catching and can make a space feel busy just by being in it. Because of this, yellow-greens work best in spaces with plenty of natural light and in simple designs.

The deeper (darker) green gets in interior design, the closer the shade gets to black, the more serious and mature it feels. This darker shade of green omits more of its yellow youthfulness and instead moves toward sobriety, history, and competence.

In that no-man’s land between green and blue lives the colors teal, aqua, turquoise, etc. On a mood ring, this in-between color translate to the wearer’s being lovable. In interior design, these rich, saturated tones are definitely loveable. The tranquility and balance of green, combined with the clear-thinking meditation of blue, creates a gorgeous deep hue that is incredibly versatile.

This mood color is a foil against neutrals, a complement to natural tones, a vibrant saturation to white or black, and overall a pleasing color that works as beautifully in contemporary spaces as in historical ones.

Various shades of blue indicate various moods, including happiness, love, and intensity. In interior design, blue can evoke similar emotions as well as many more, depending on the tint or tone of the blue itself. A true blue is solid and stately; it is competent, dignified, and trustworthy. Paired with white, royal blue can also look nautical.

Lighter tints of blue evoke a sense of freedom and vitality – think ocean breeze and coastal life, for example. These blues are cheerful and calming. They work well in just about any space, whether the bathroom, bedroom, living room, and even kitchen.

Purple on a mood ring is associated with the wearer’s passion and balance. Similarly, in interior design, this isn’t much of a stretch. Purple is sometimes considered by designers as a grown-up pink, which, for some reason, makes it easier to swallow in a common room such as the living room. Purple attracts attention and, for this reason, is often paired with subtler or more natural colors to balance it out.

Violet and other purples tend to be visually stimulating and a bit sexy. The more red that’s mixed into the purple, the warmer and more energizing the hue will be. The bluer the purple is, the cooler the color temperature, which means the more soothing and zen the color (and, consequently, the space itself) becomes. Keep this in mind as you introduce purples into your space.

When pink appears as a mood color, it’s an indication of happiness. Of course, in interior design, the use of pink depends largely on the particular tint being used. Brighter pinks are fun and lively, coral pinks are cheerfully settled, and deeper pinks are smooth and romantic. All pinks are feminine, so this color provides a beautiful balance to many spaces with dark, heavy, and/or masculine bones.

As a mood color, red is most stereotypically the color of passion and excitement. This can also be the case for red in interior design as well. To evoke a romantic and dramatic mood, a bit of deep red goes a long way. For something more adventurous and energetic, brighter pops of red might be the thing.

One important strategy to keep in mind, when decorating with bold colors like red, is that they’re visually heavy. Which means you’ll do well to use a restrained hand and avoid using them in large doses. Muted versions of red, or reds combined in a pattern with other colors (such as in this Oriental rug), provide a solid sense of the color without being overwhelming.

Orange exhibits feelings of unsettledness, as a mood color. As a design color, orange is similarly stimulating, although the stimulation falls more toward cozy warmth and creativity than confusion. Bright orange is a visual target, so be sure that your choice to use it in your interior design is a strategic one; use it only on those pieces or parts that you want people to notice.

The mood of deep orange, falling closer to red on the color wheel, connotes a bit more tension. You can balance this out with other deep colors, so the orange becomes part of a color family with similar undertones, which makes the overall appearance much more seamless and structured.

Yellow as a mood color involves a whole spectrum of emotion, from confused to deeply observational. In interior design, yellow’s influence is more on the cheerful, upbeat side of things. Of course, much depends on the particular shade or tint of yellow being used, as well as how much yellow is in the space.

Muted, greyish tones of yellow, and even pale versions such as straw yellow, can serve as a neutral and lend a more sophisticated energy to the space. The inclusion of yellow within the neutral base itself adds energy and positive vibes to the space without being overwhelmingly (and, dare I say, annoyingly) sunshine-and-lollipops yellow.

Welcoming and warmly sunny, yellow in interior designs is often used effectively in spaces where intelligence is promoted. Home offices and reading nooks or libraries, for example, are excellent places to introduce a bit of yellow.

The heat-activated mood ring’s brown translates to the wearer’s being tense or scared, but that doesn’t have much resemblance to the use of this versatile neutral in interior design. Brown, a color of the earth found in soil, trees and plants, rocks, and, well, earth, is the ultimate neutral. Brown is used to soothe, relax, and provide warm familiarity and ease within a space.