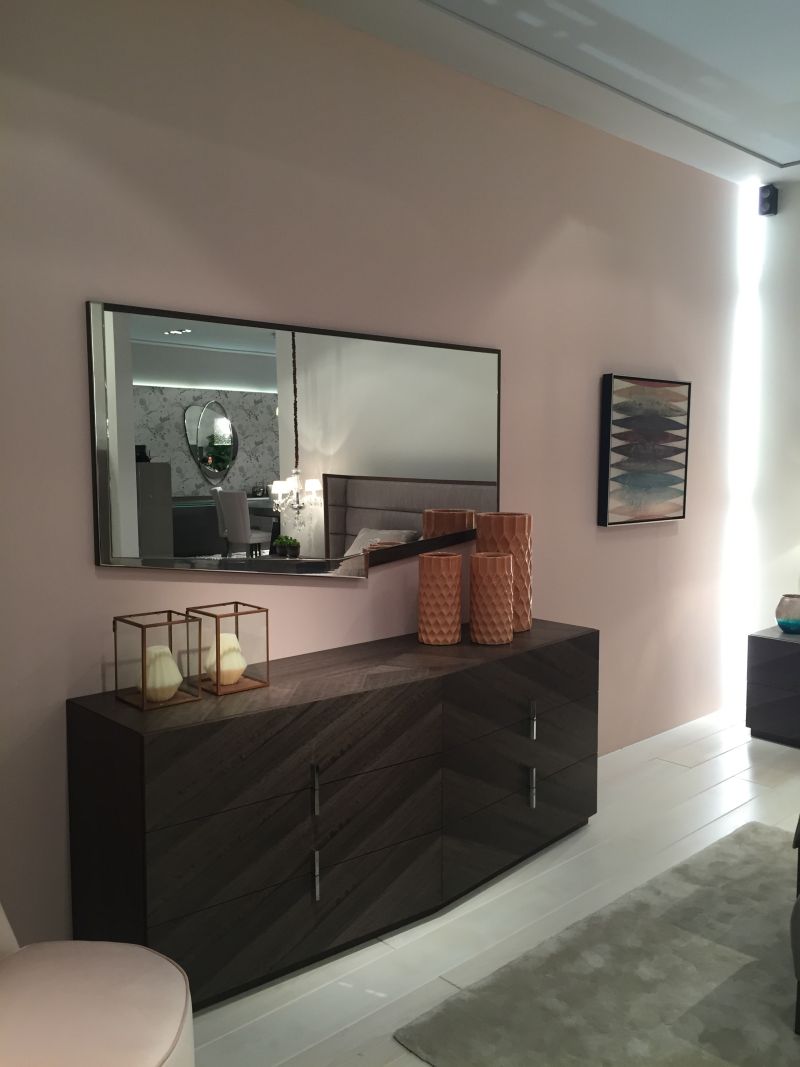 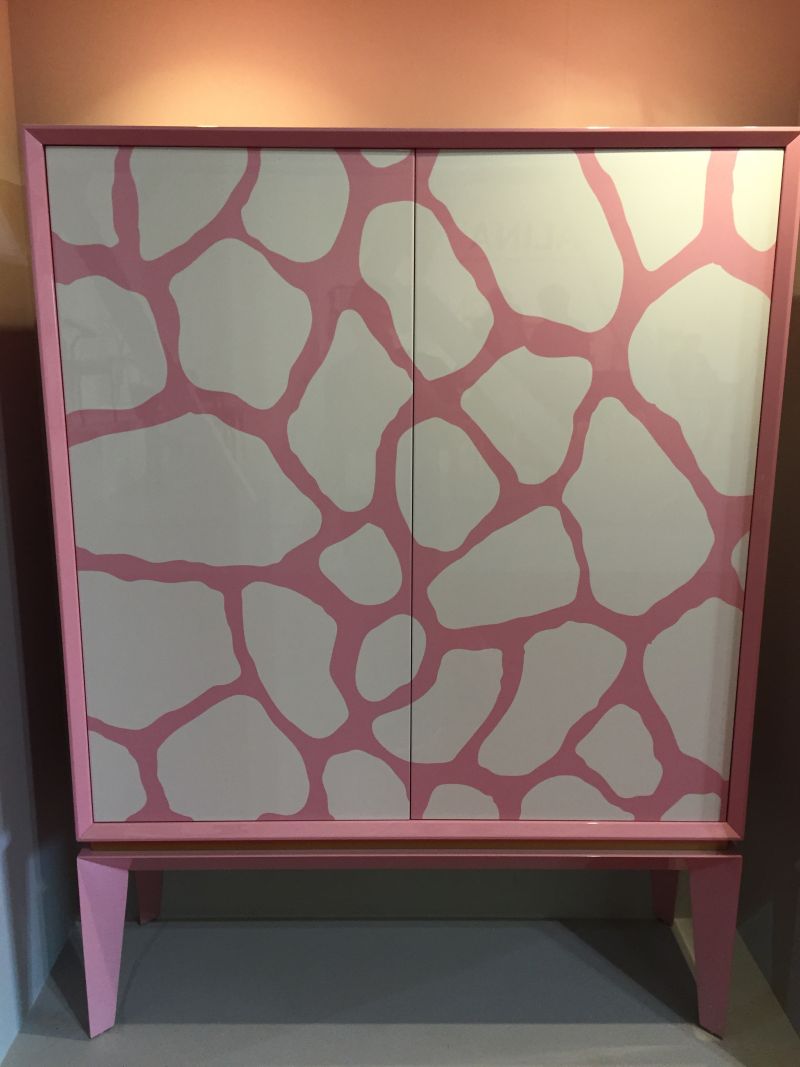 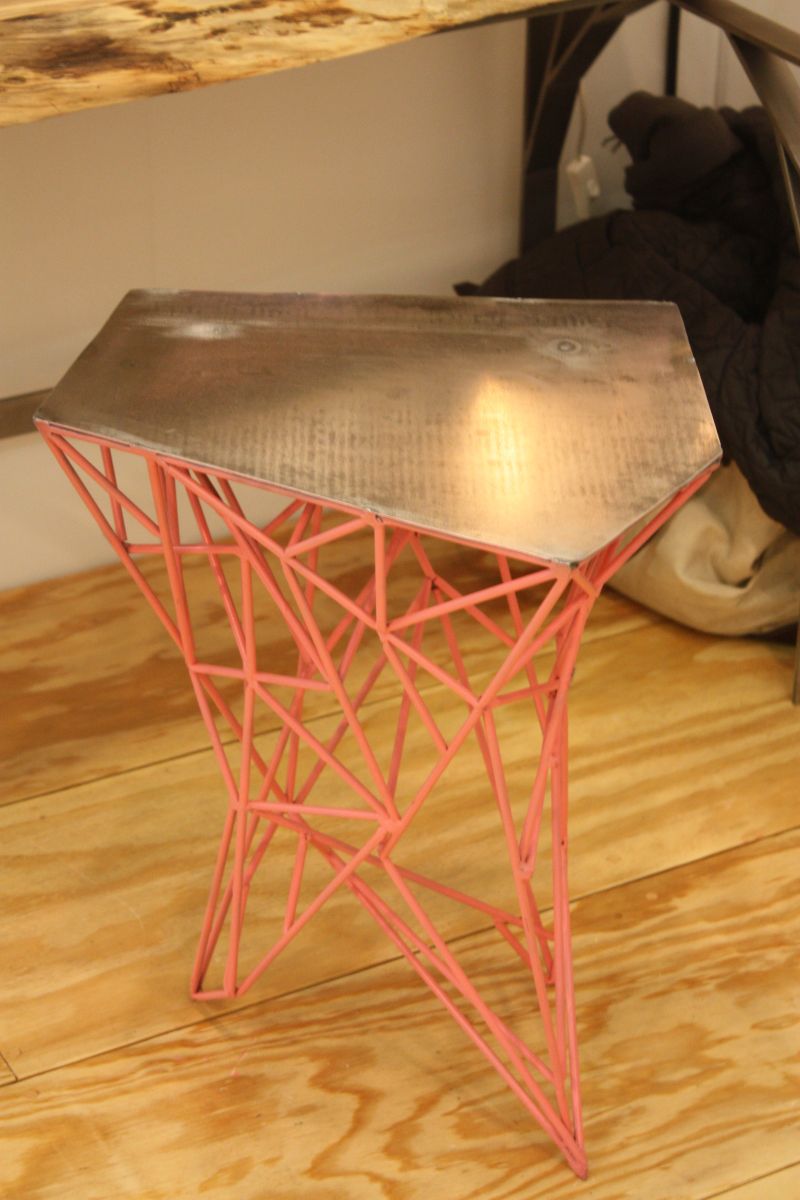 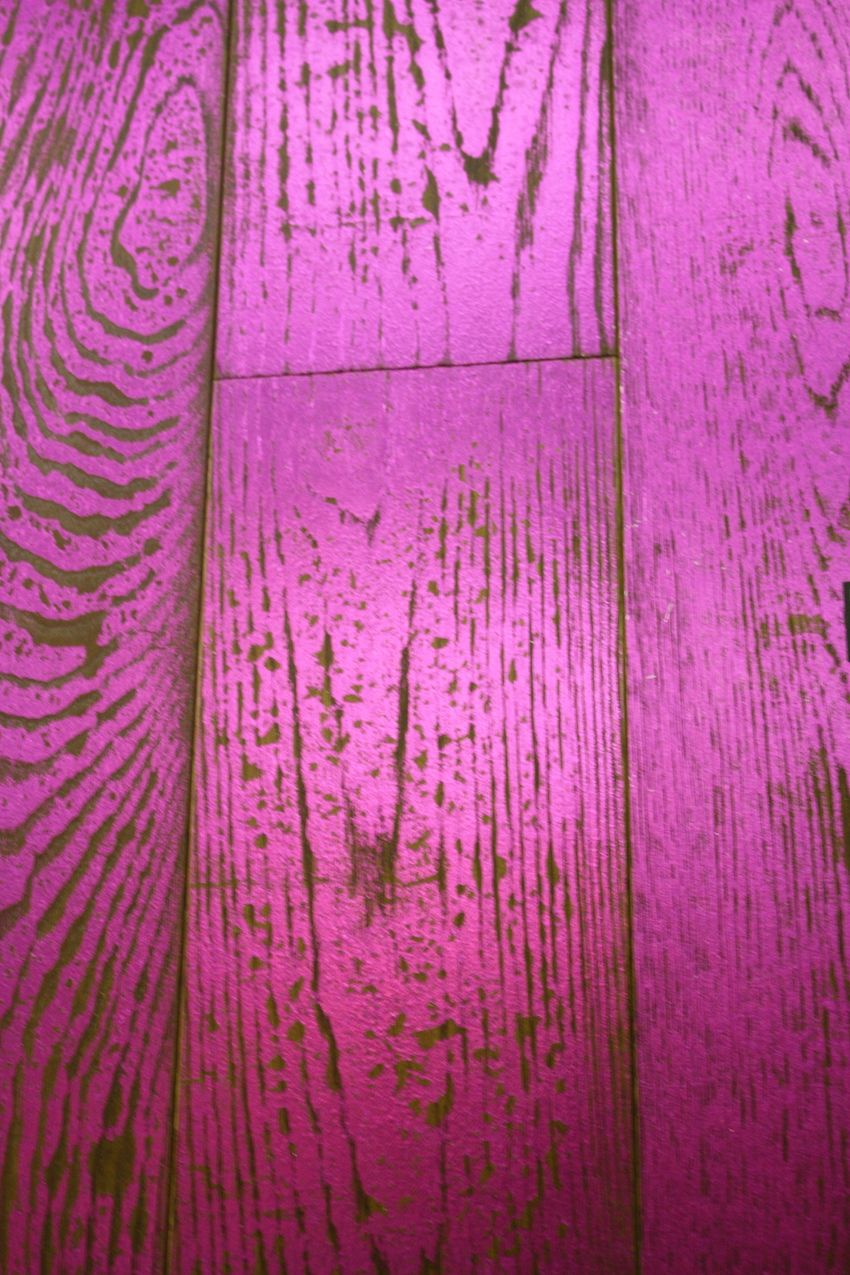 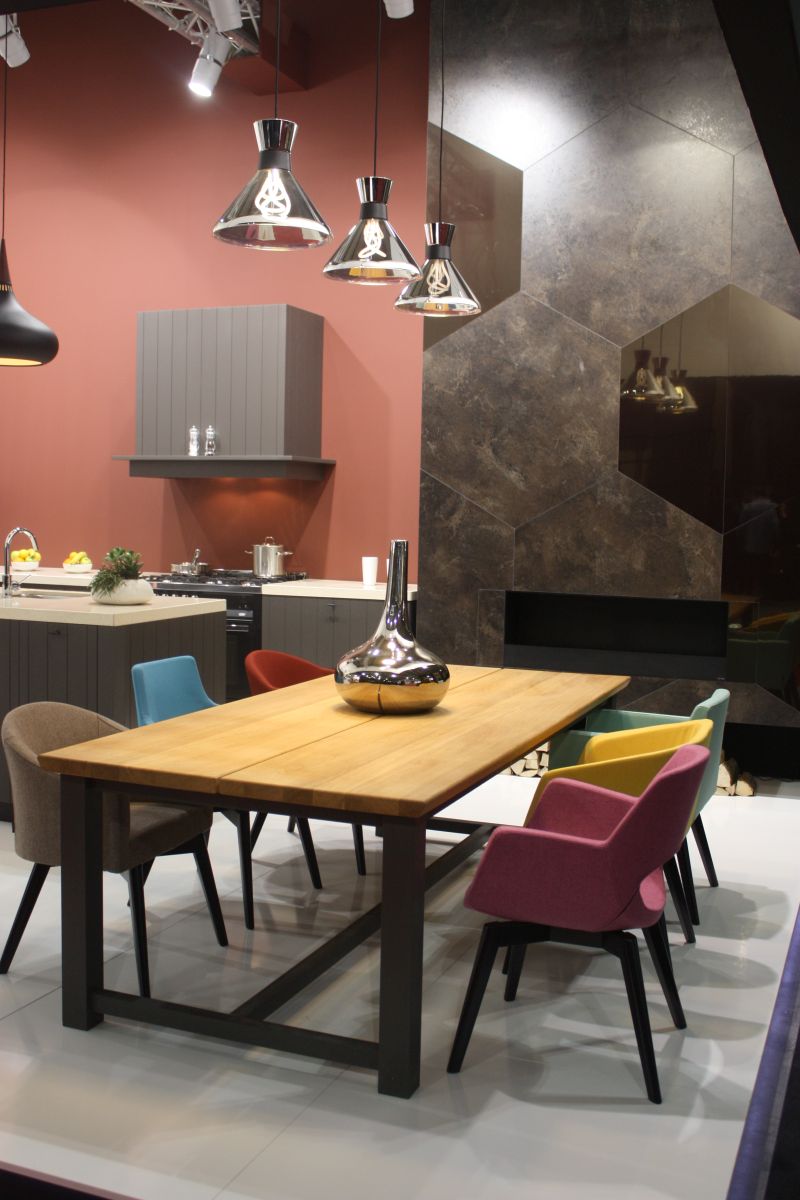 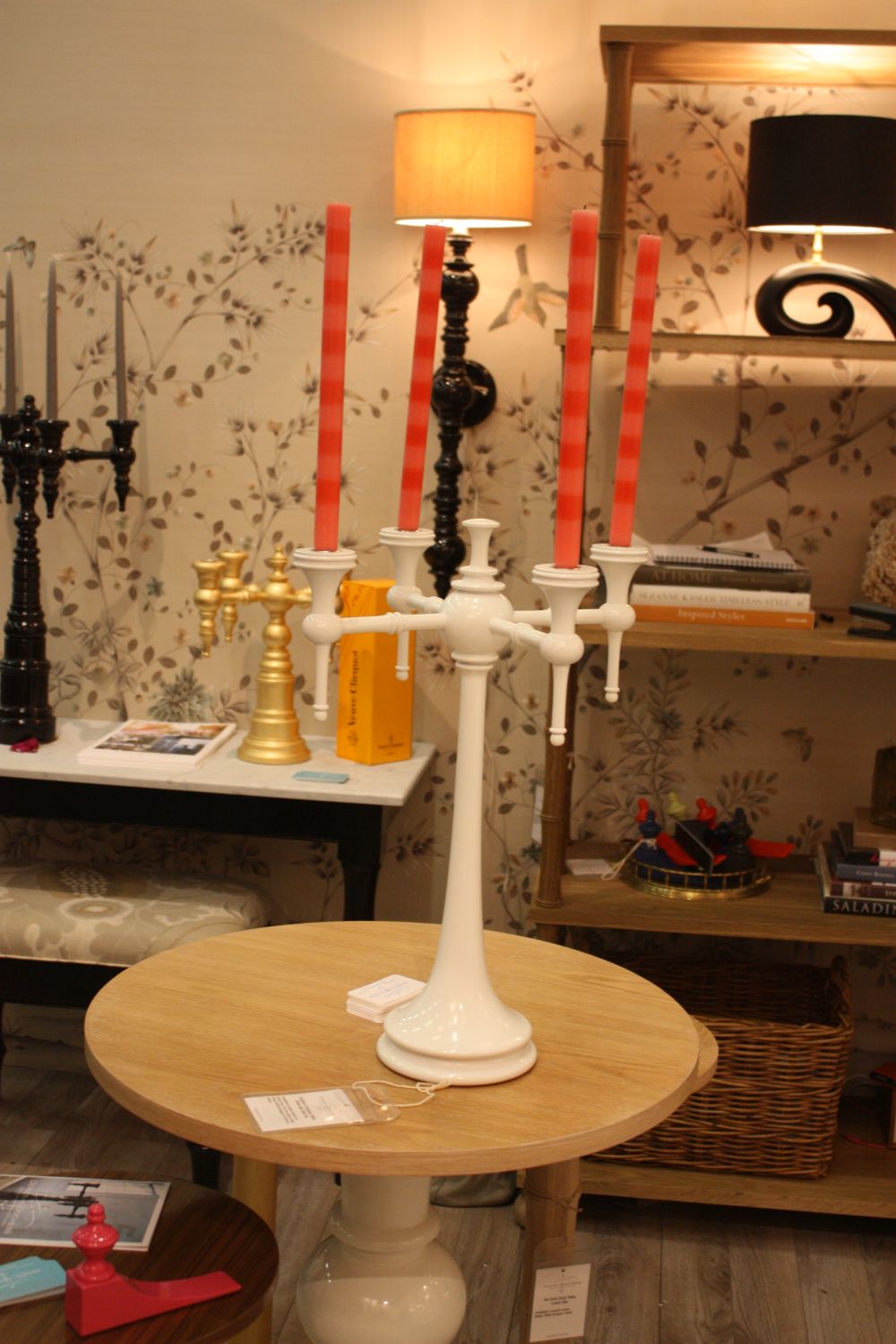 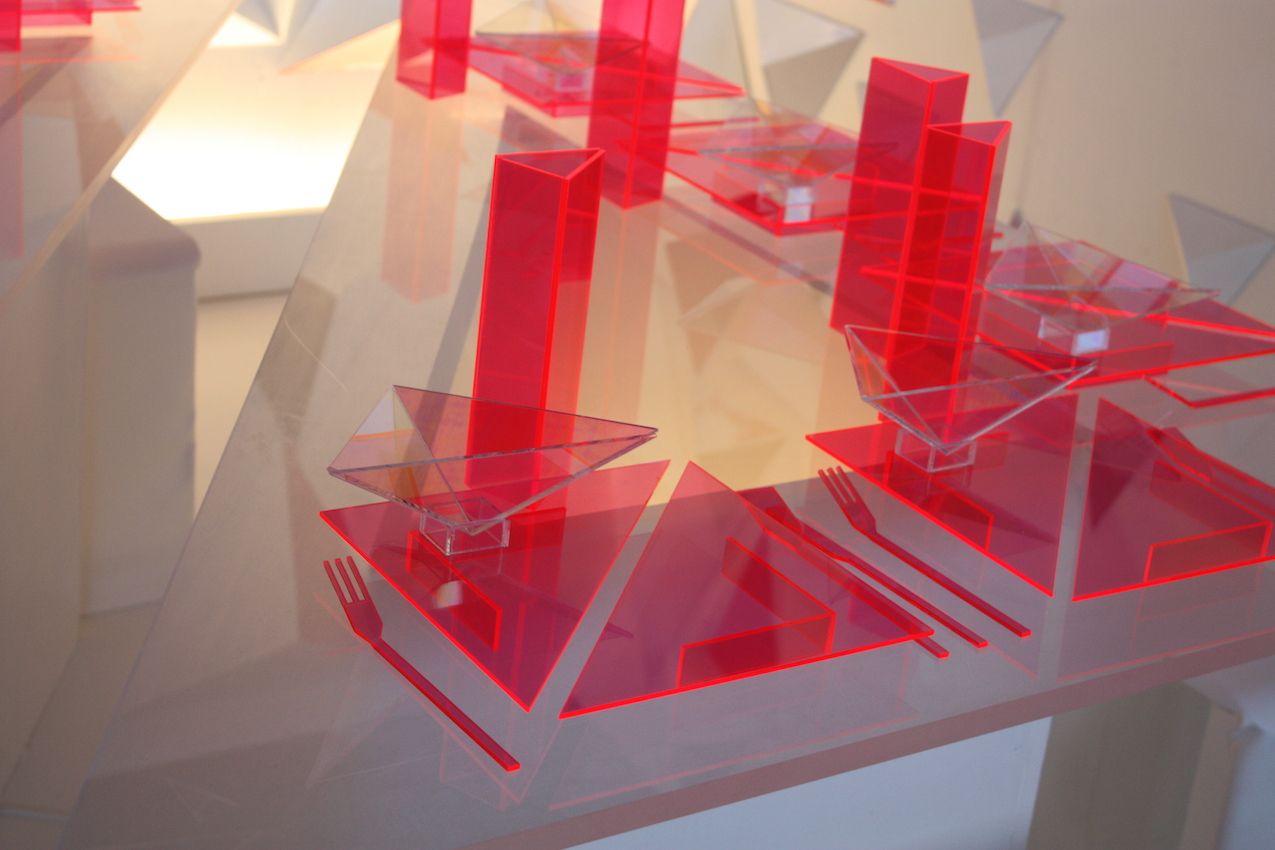 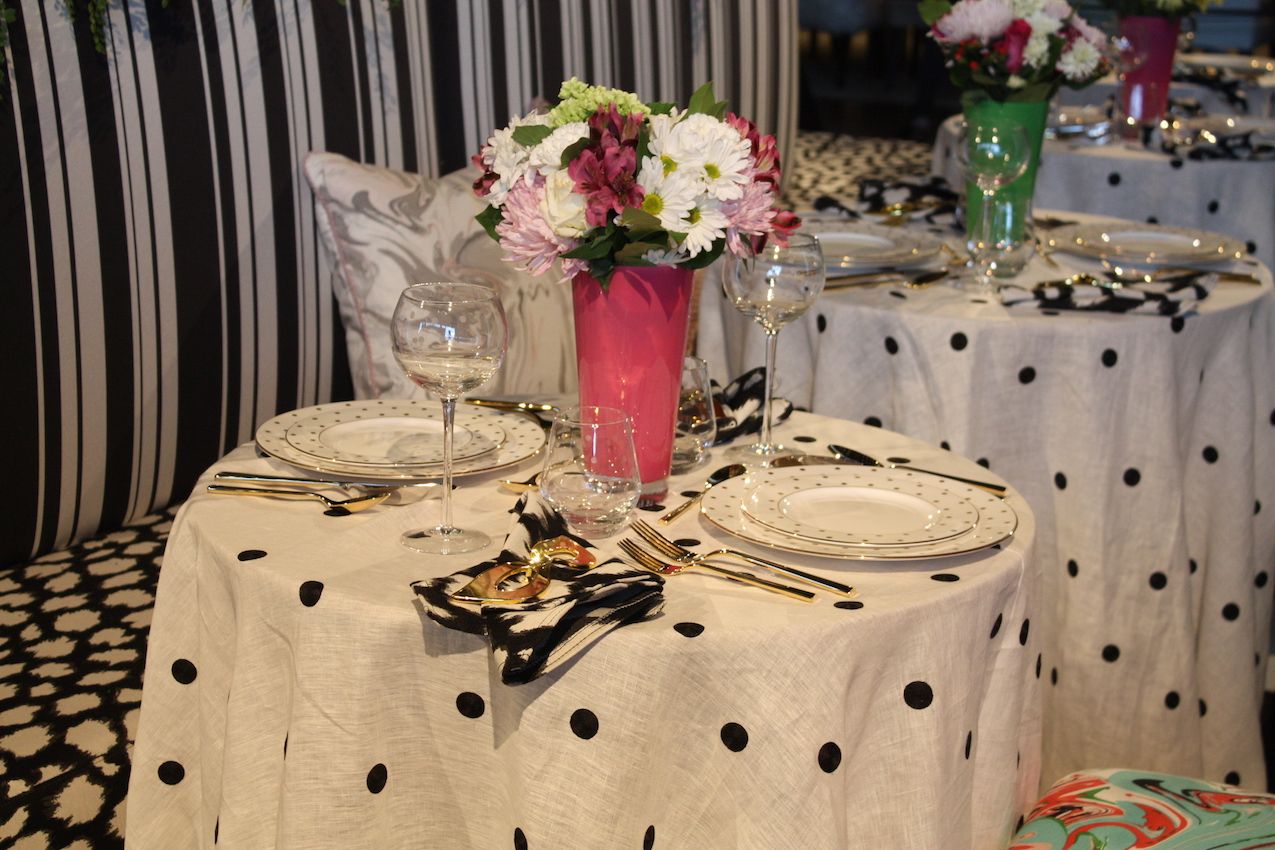 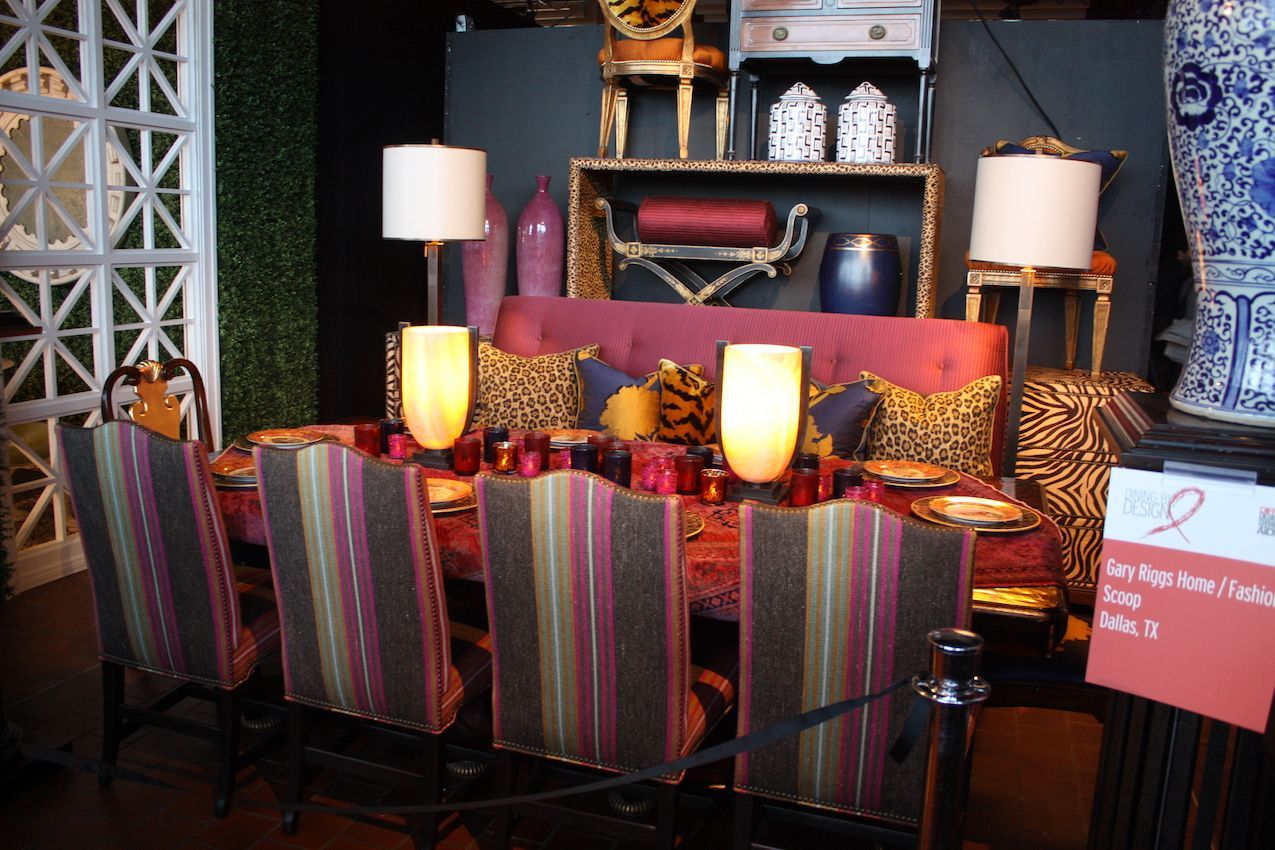 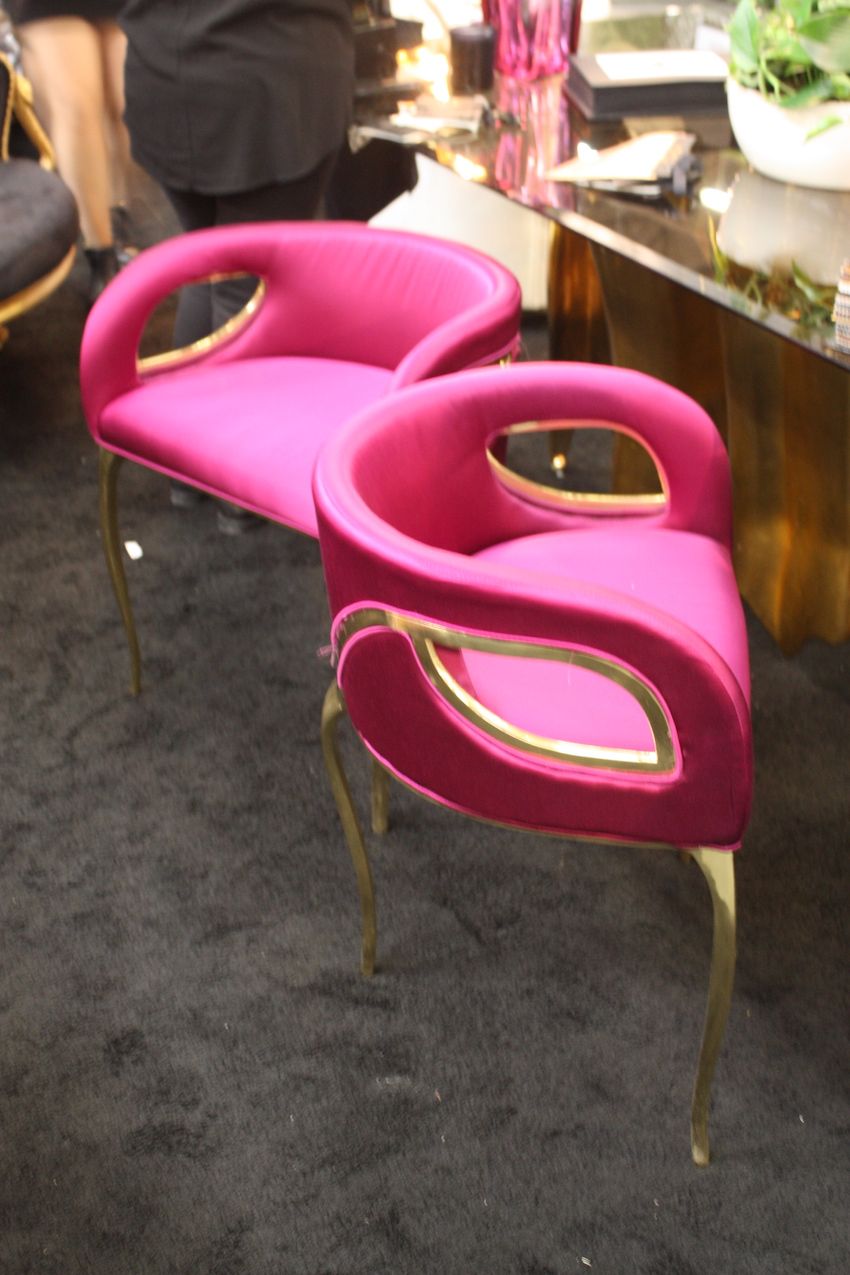 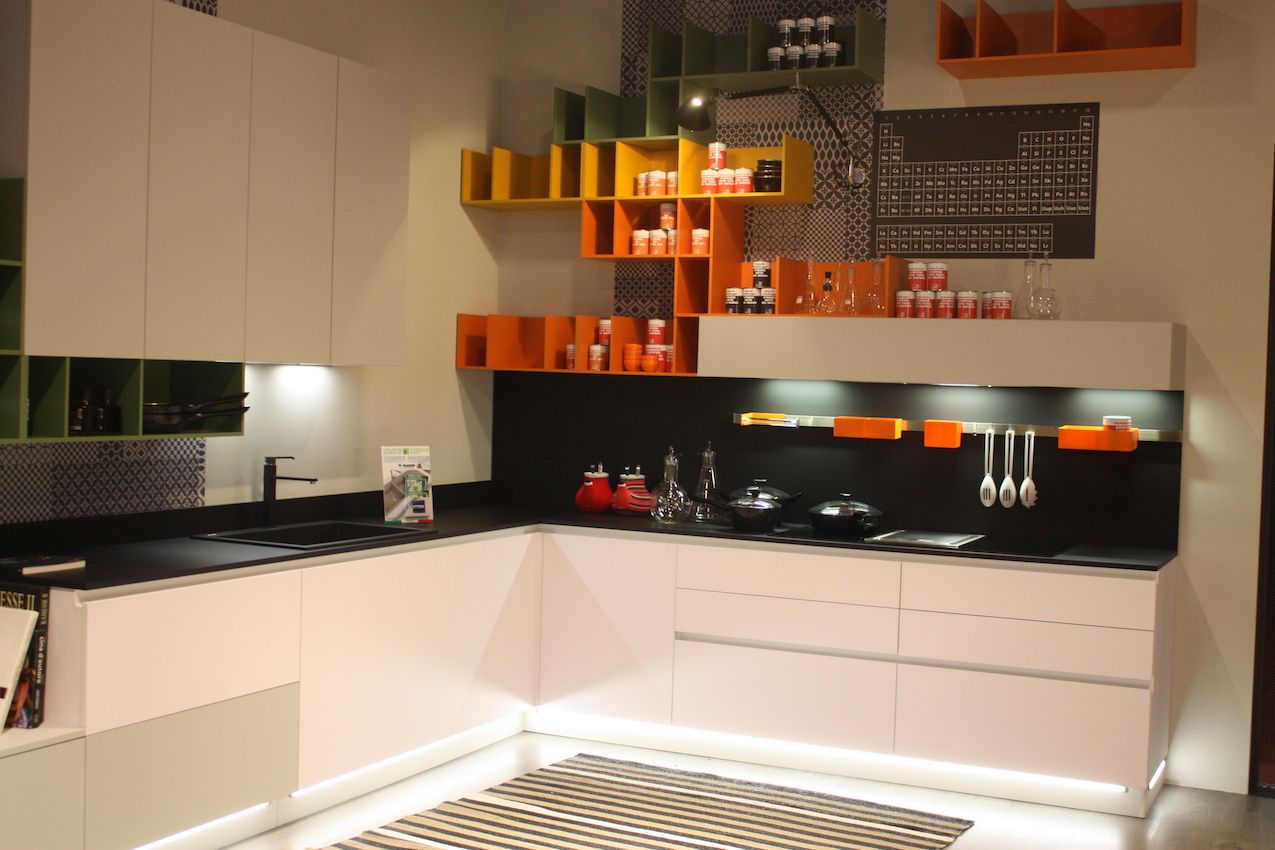 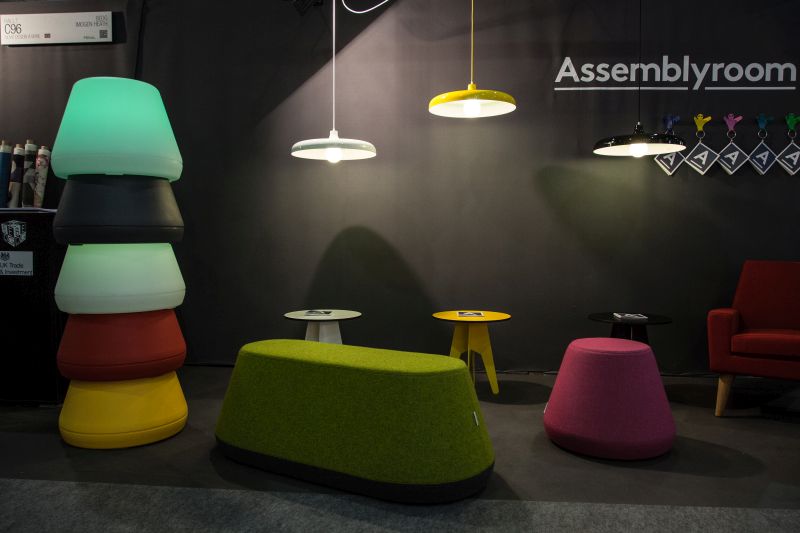 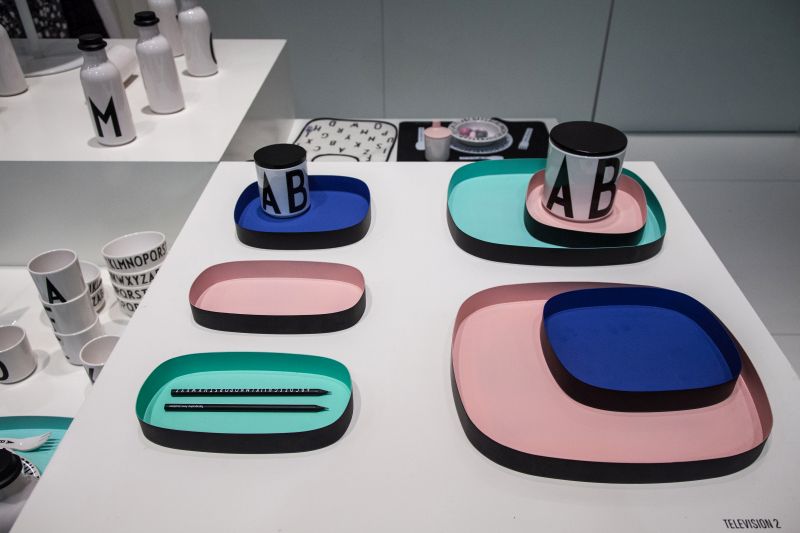 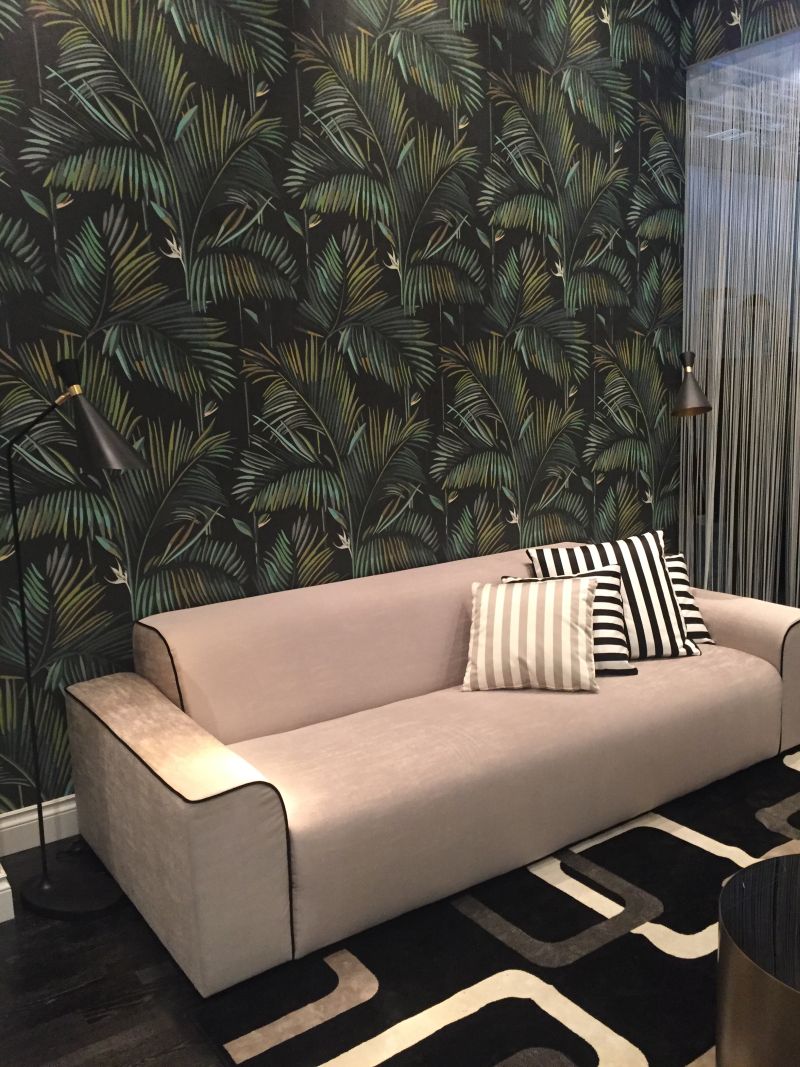 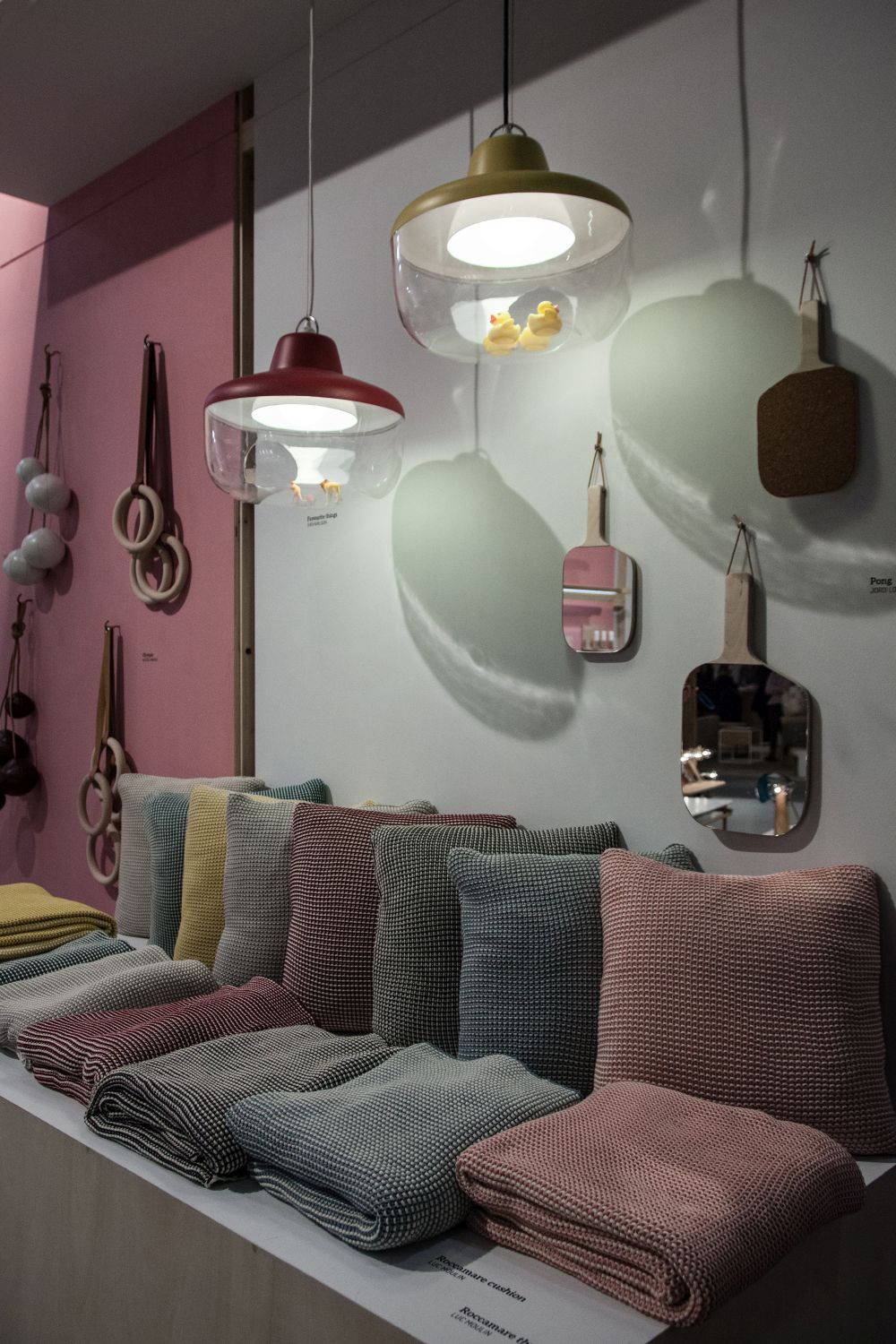 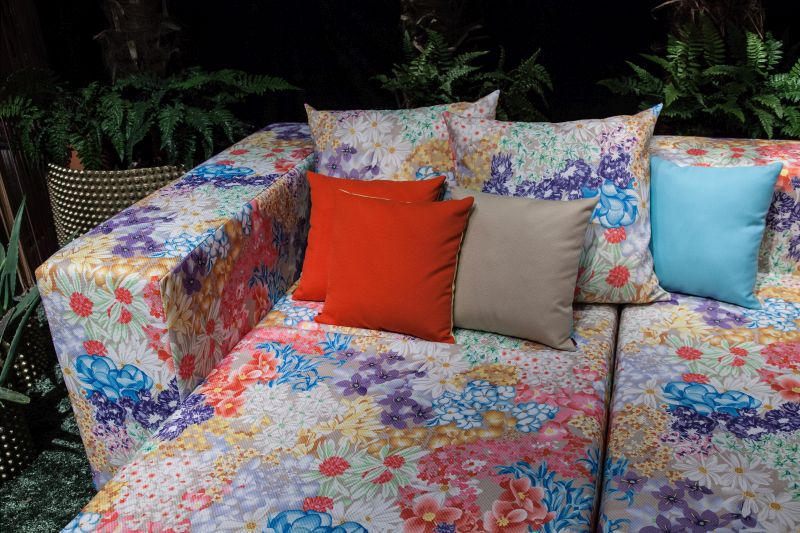 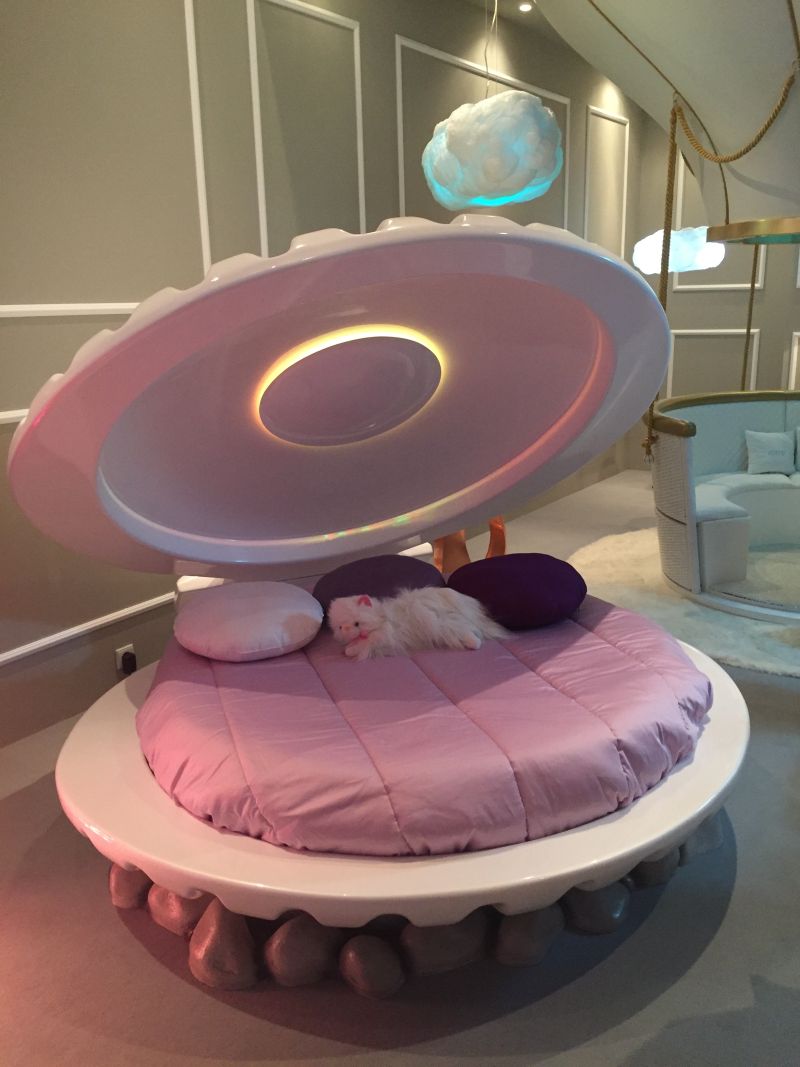 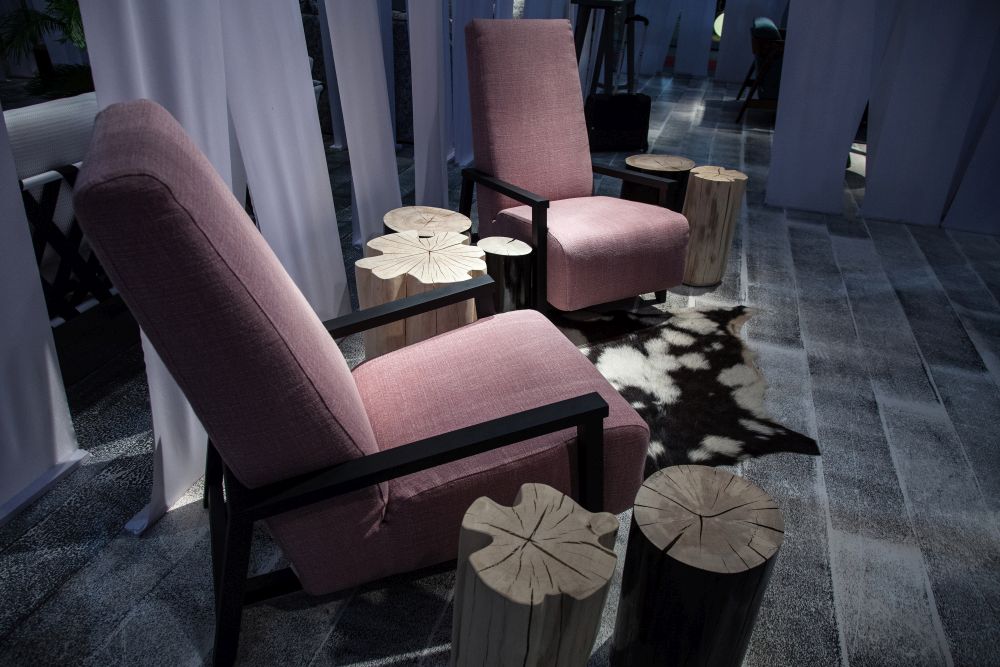 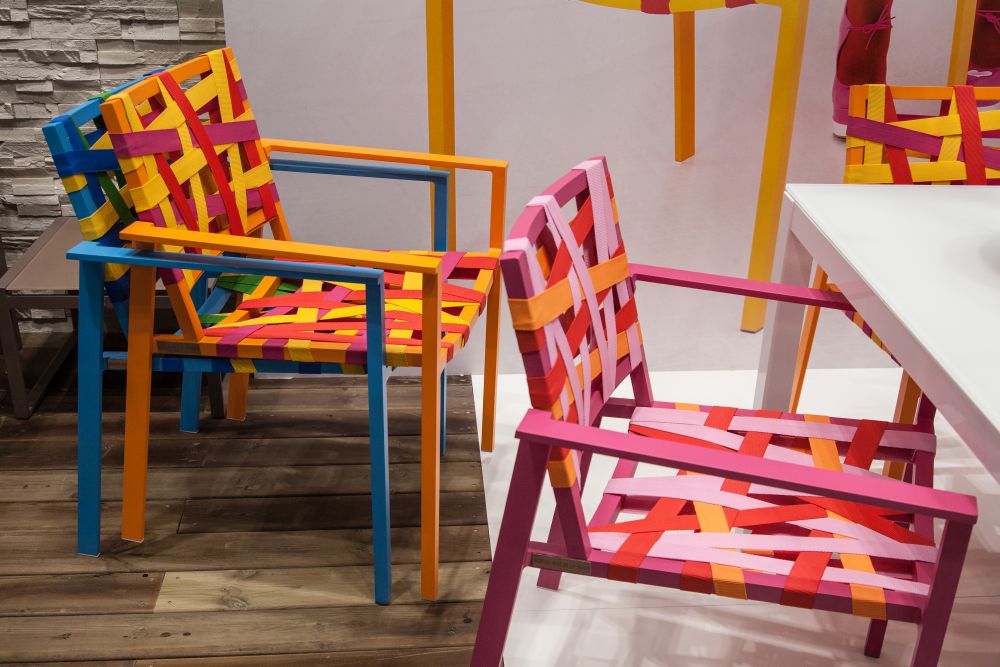 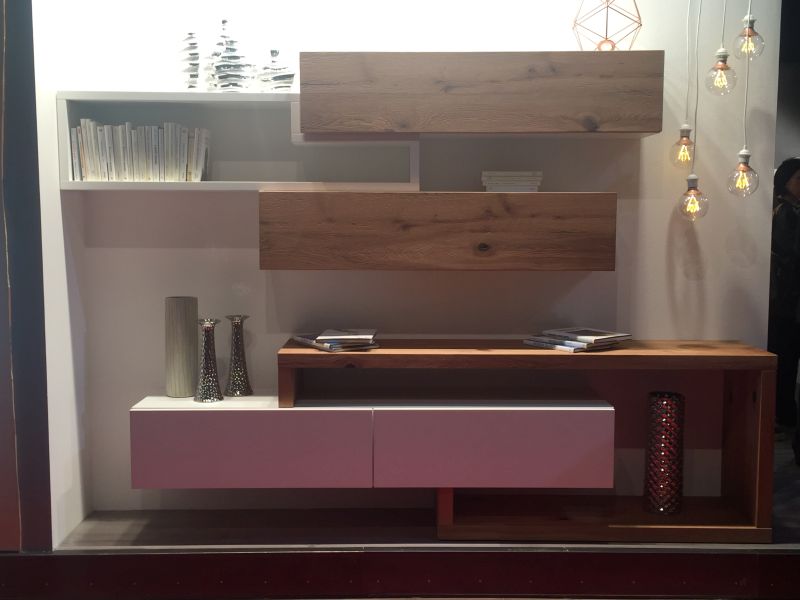 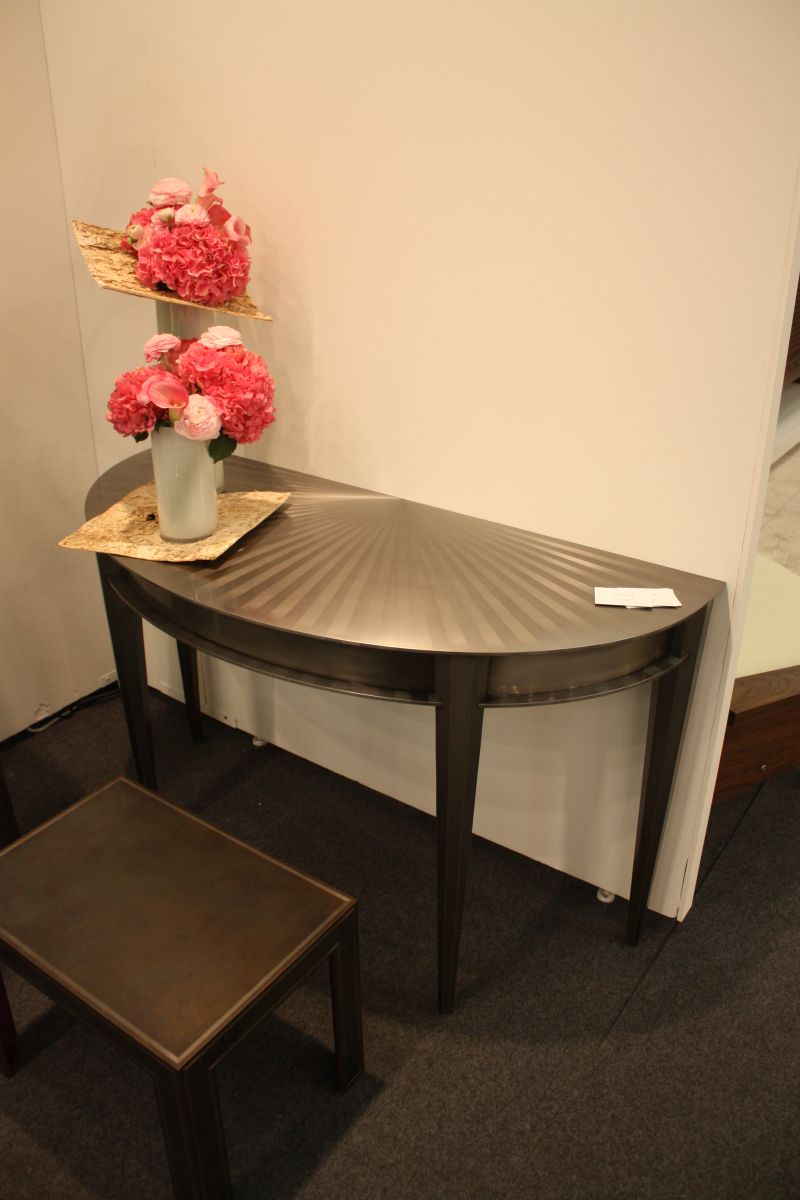 As the love child of the colors red and white, pink is romantic, intimate, and considerate. The hue, which is by nature a tint, diffuses the high level of passion that is exemplified by the color red and replaces it with a gentler, empathetic sort of energy. While today’s pink is used in more feminine ways, historically the color was used with boys and in masculine settings, due to its bolder aesthetic (than blue). Pink reflects a sort of visual tenderness and sensitivity, and it can go a long way to creating a gorgeous space in our homes. Here are some common pinks and how to use them in home décor.

Generally speaking, pink that is used in interior design tends toward the soothing and comfortable. Pink lemonade is one of those classically pink hues – it’s neither dark nor pale, too warm or too cool. It’s right in the middle and, as such, provides an almost neutral-feeling color. Use it with clean, contemporary lines for a more grownup feel.

The chair frame of this modern woven chair is a deep berry tone. Blue-based pinks such as berry pink are cooler and, consequently, tend to be more serene and soothing than warmer pinks. The palette of this chair is an excellent palette, with cool elements in the berry pink being balanced out by warmer golds and reds.

Because pink is such a soft and generally light color, it can often come across in design as weak. To combat this and make your pink speak for itself, you can combine it with darker colors. These strong and sophisticated puce chairs, for example, hold their own because they’re framed with black and surrounded by charcoal tile floors.

“The color pink represents the sweet and innocence in children…and uncomplicated emotions”. As a result, pink can bring out feelings of nostalgia and childhood, which is why it is perhaps so often used in association with children, particularly infant and young girls. Because of this, you may want to use several tints, tones, and shades of pink within one area to create a sense of depth and maturity.

Strawberry is on the warmer end of the pink spectrum, as is seen here in the large centers of white flowers on this print. In fact, it’s quite close to red, but it maintains a soft sweetness that is implicit in pink. When using a stronger version of pink, consider a multi-colored print with plenty of white space, so the hue can enliven without overtaking the whole.

“In color psychology, pink is a sign of hope. It is a positive color that inspires warm and comforting feelings”. With such a color used in one’s interior, the overarching sense is one of well-being. Pink tones, meaning pinks with various levels of gray incorporated into them such as rosewood, tend to naturally be more somber and sophisticated than other warmer pinks.

A whisper of a color, really. Like a blushing eggshell, crepe pink is ladylike, refined, and rather shy. Let it be the color of an elegant piece, while other surrounding details demand the limelight. This is the best way to balance crepe pink. It actually makes a great neutral because of its shy aesthetic.

The grey tones inherent in ballet slipper inherently make it feel more grown up than many other pinks. Thus, ballet slipper pink works wonderfully well in designs that involve brighter colors, such as cobalt and turquoise, where it can still present itself as a color but doesn’t vie for the spotlight.

As is the case with all non-primary colors, pink’s color “parentage” of red and white play into its personality. Deeper (closer to red) pinks such as this bubblegum pink stool inherit red’s desire for action along with white’s softened intensity and insightfulness. The resulting color is simultaneously stunning, invigorating, and reassuring.

Very pale tints of pink, such as the cotton candy pink of these lower cabinets, resemble some skin colors and, as a result, tend to have a more sensual aesthetic. In light of this connotation, choosing the color for a more functional and less romantic space, such as the kitchen, can increase the appeal of the space without being overtly sexual.

Ah, hot magenta. Also known commonly as “hot pink,” this one’s certainly memorable. Vivid, vibrant, bold, and unabashed, hot magenta is as playful as it is passionate. The color should be used only on those pieces where immediate attention is sought, because attention is what it’s going to get.

Cherry rose is a stately blue-pink tone, with depth enough to make it at home in a mature and sophisticated space. A dark slate-colored wall as the backdrop makes this color pop in a refined way, but glamorous touches like animal print throw pillows keep it casually chic. Cherry rose is used throughout this space in a variety of patterns, sizes, and sheens, which color consistency brings cohesion where lots is going on visually.

While plenty of pinks can be “dressed up” and glamor-ified, some pinks are simply fresh and sweet. Pink geranium is one of these pinks that just oozes charm and freshness. Add classic patterns and/or color combinations (or both, such as a black and white polka dot) to keep the sweet aesthetic somewhat mediated.

Most neon colors have an inherently urban, night-life, glam-and-glitz sort of vibe, and shocking pink could very well be the ringleader of them all. Use modern, abstract forms of shocking pink, such as these angular table settings, for a fun and funky visual feast.

Fruit punch is like the girl-next-door of the pinks. It’s a little on the warmer side, with some orange infusion, but it’s rather versatile and playful. Use the color in an unexpectedly elegant way, such as on striped candles on an ornamental candle holder, as a way to pop in color without losing the sophistication.

“Rose pink is the universal color of love. It is mature, feminine, and intuitive”. I love the idea of using a universal color of love in a loving yet not typically romantic space, such as the kitchen or dining room. The vibe is warm, welcoming, and certainly loving…but not in an expectant or uncomfortable way. Plenty of cool neutrals help to break up the expanse of rose pink on a wall, too.

As we’ve discussed already, pink gets its passion and power from red and its purity and frankness from white. Deeper pinks have less white, which means they are more like red and, thus, more energetic and passionate. Fuchsia is nothing if not vibrant, eye-popping, and confident. Use it accordingly in your designs.

Orange-based pinks, such as salmon pink, lean toward friendliness and approachability. When incorporating more modern, abstract designs, harsh angles, or otherwise cold-feeling elements into your design, you can soften them up just a bit by using salmon pink. This table would evoke an entirely different emotion if its angular base was black instead of salmon, don’t you think?

With its inherent sense of compassion and caring, pink stands for unconditional love and understanding. Flamingo pink is a classic sort of pink and is evocative of just such emotions. It’s a great choice for prints on interesting pieces, tempered with another color to add credibility and maturity (which is important, even for a child’s room).

Pink creates a fresh atmosphere in one’s home. In most countries, pink is considered more of a feminine color, so it’s important to balance this concept with some masculine pieces in a shared space. This dark wood dresser is the perfect masculine contrast to the feminine ballet slipper wall color.