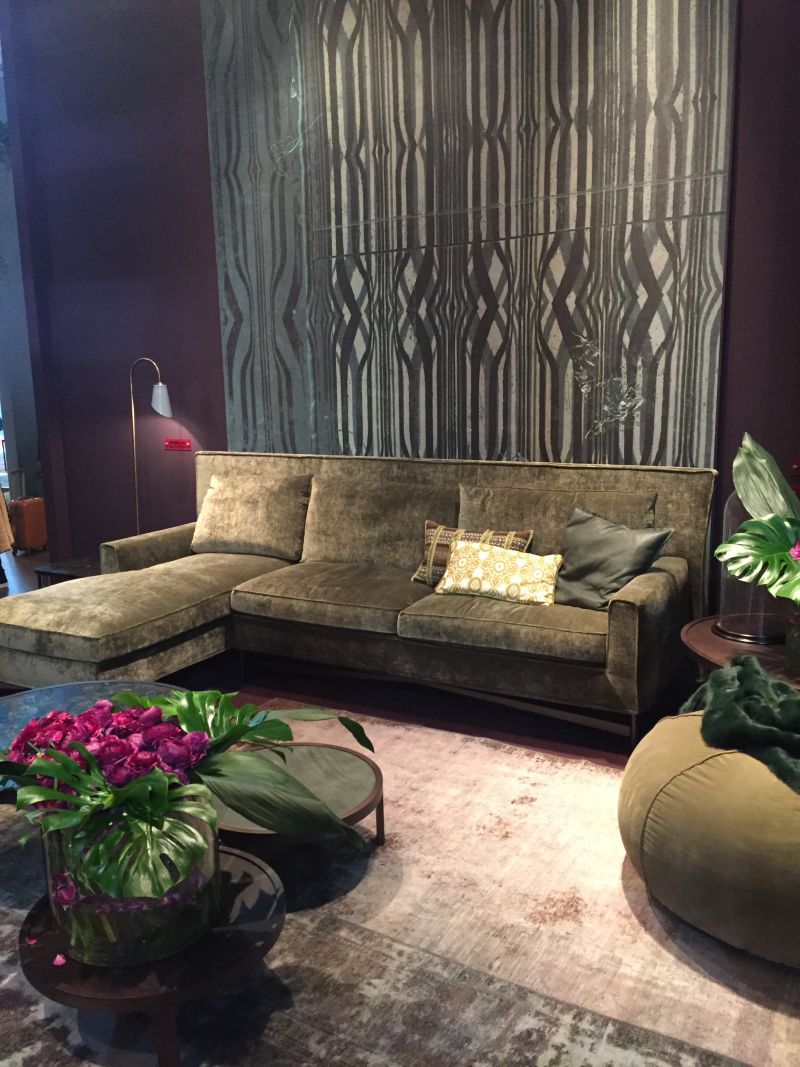 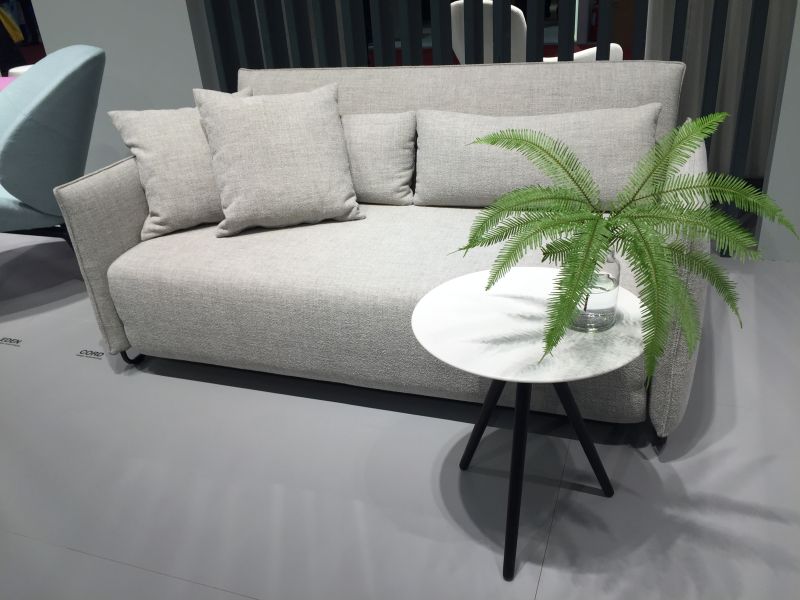 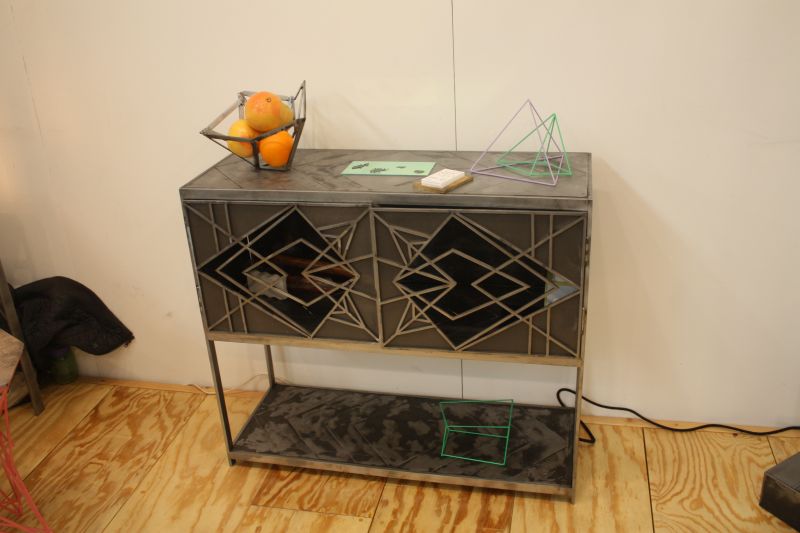 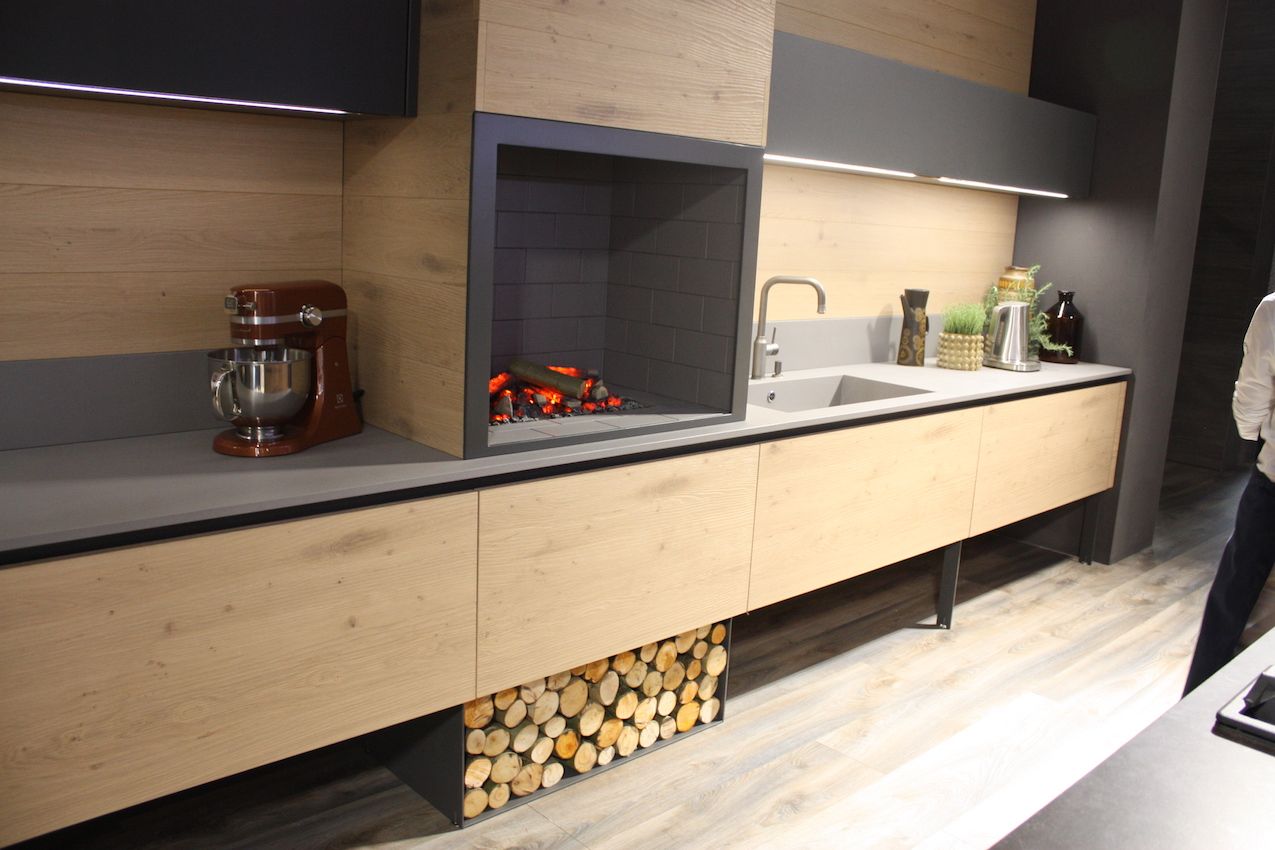 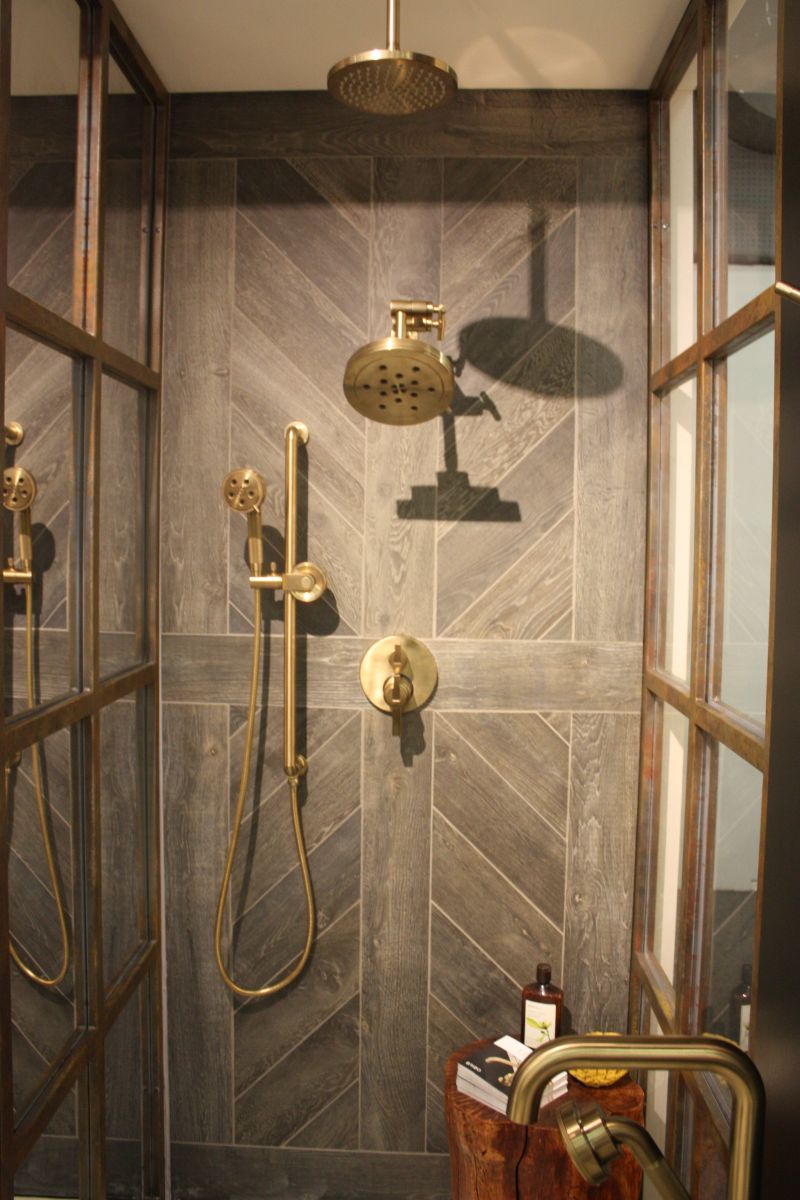 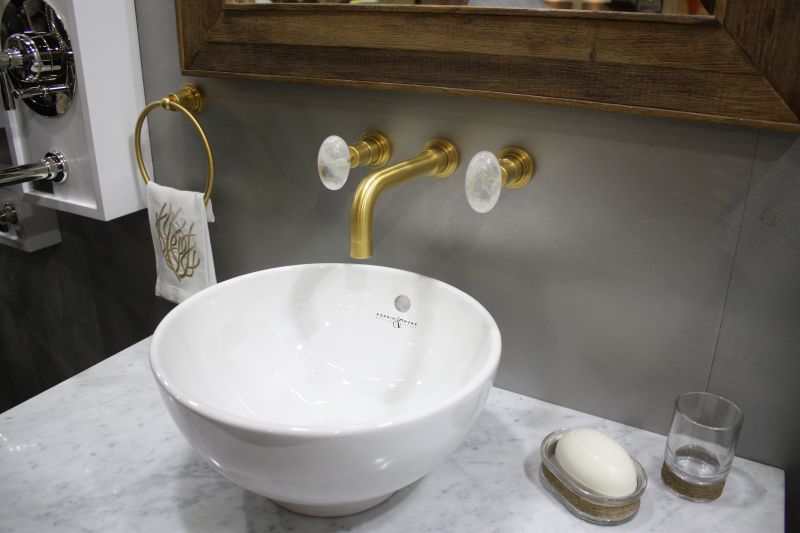 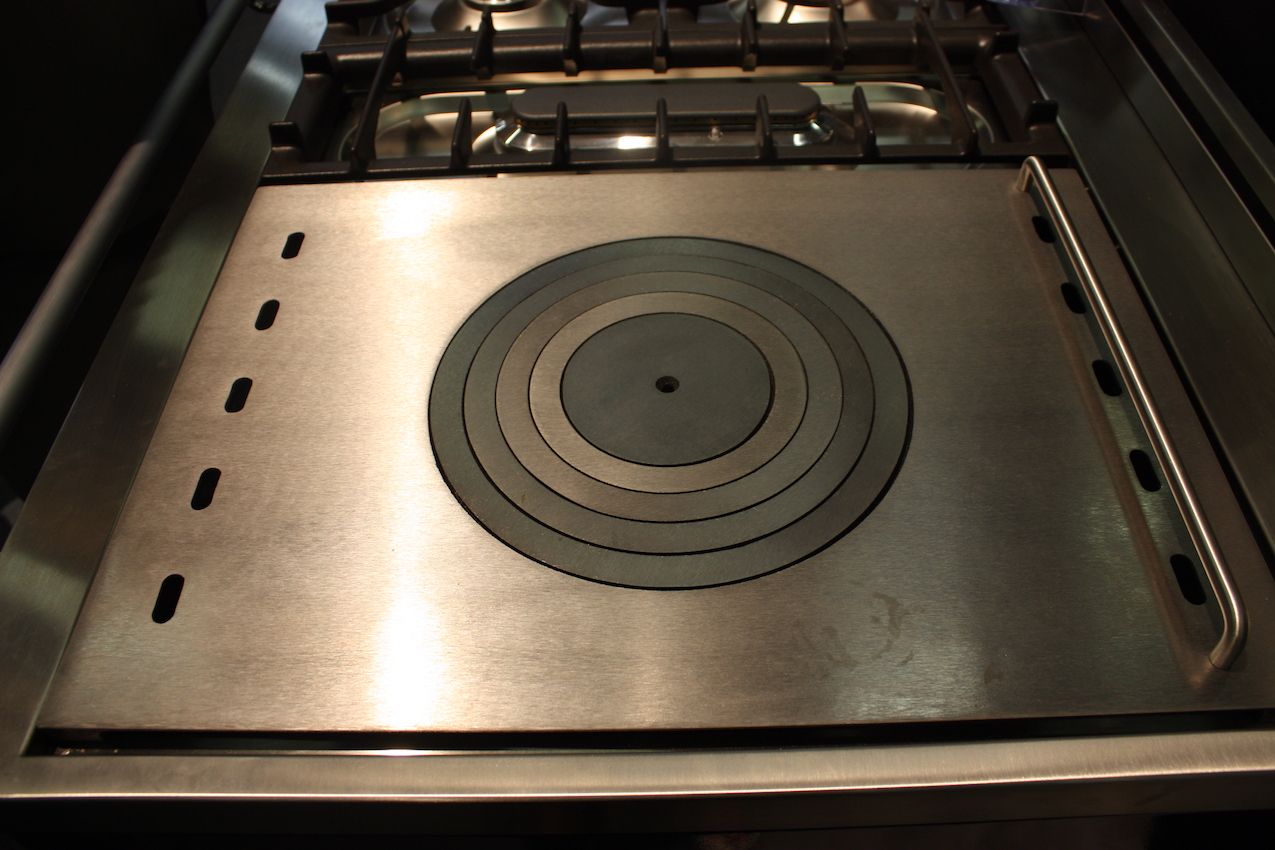 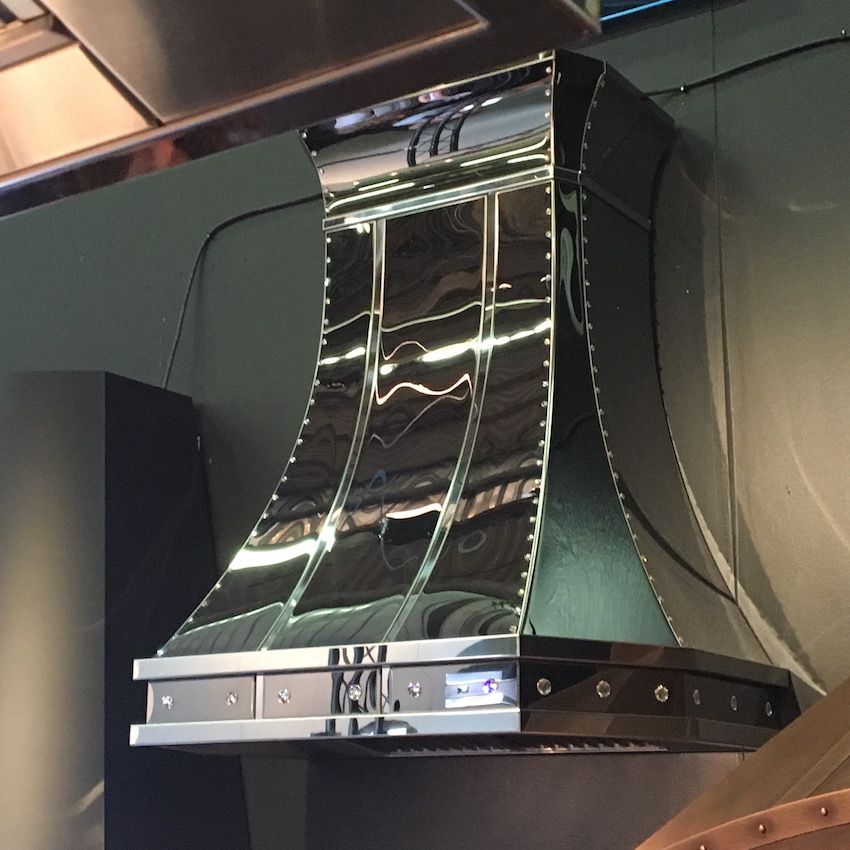 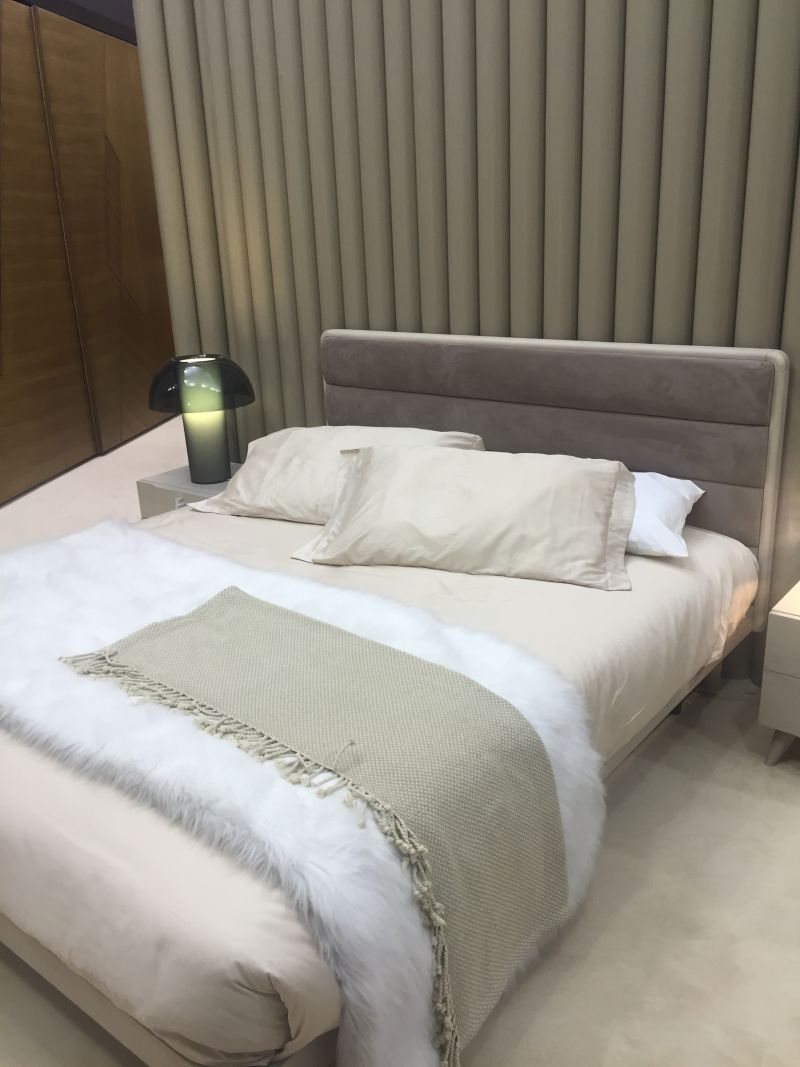 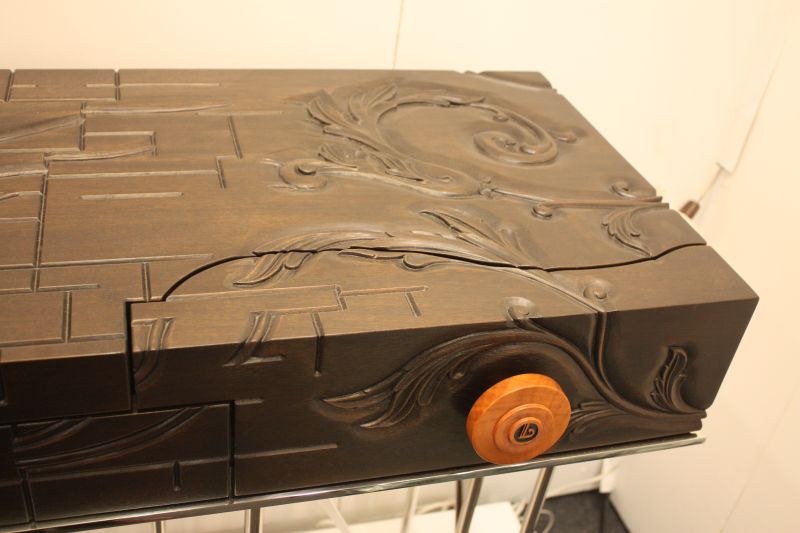 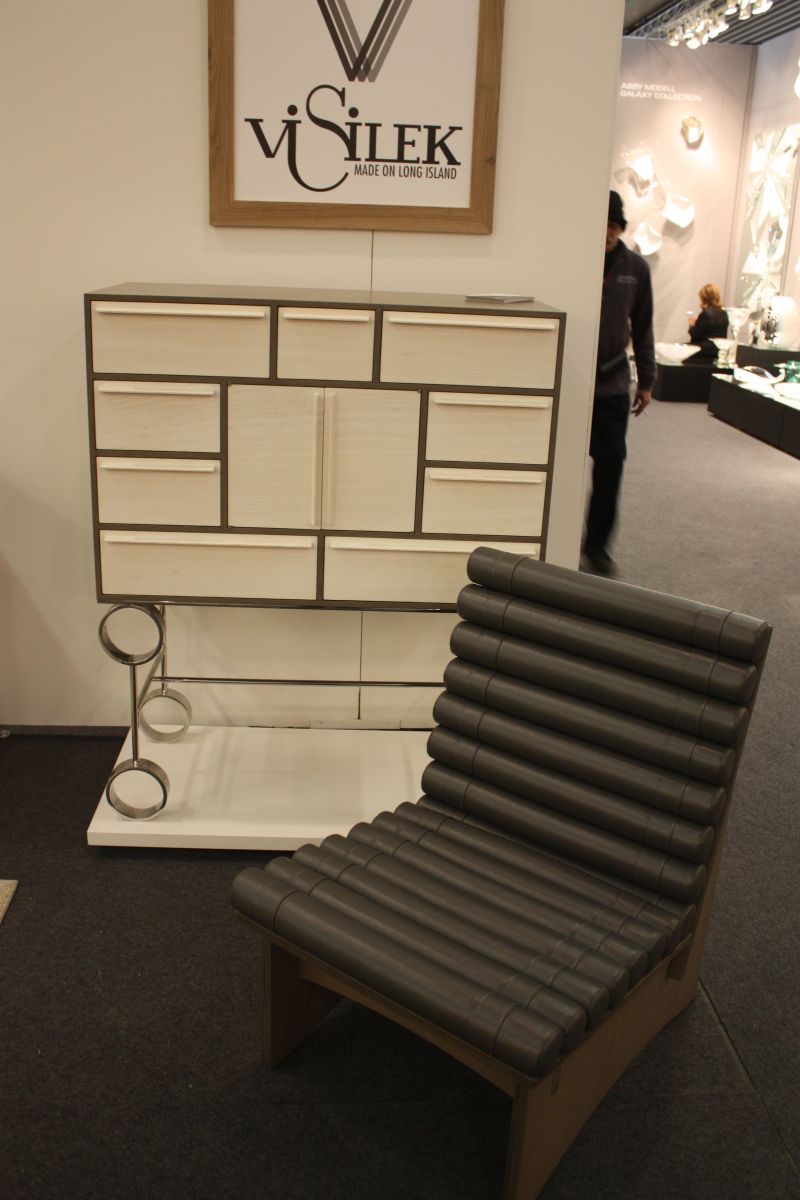 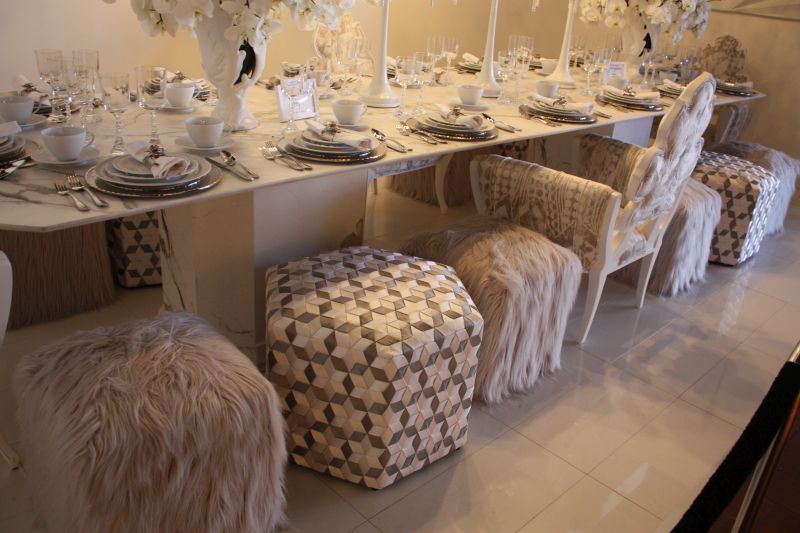 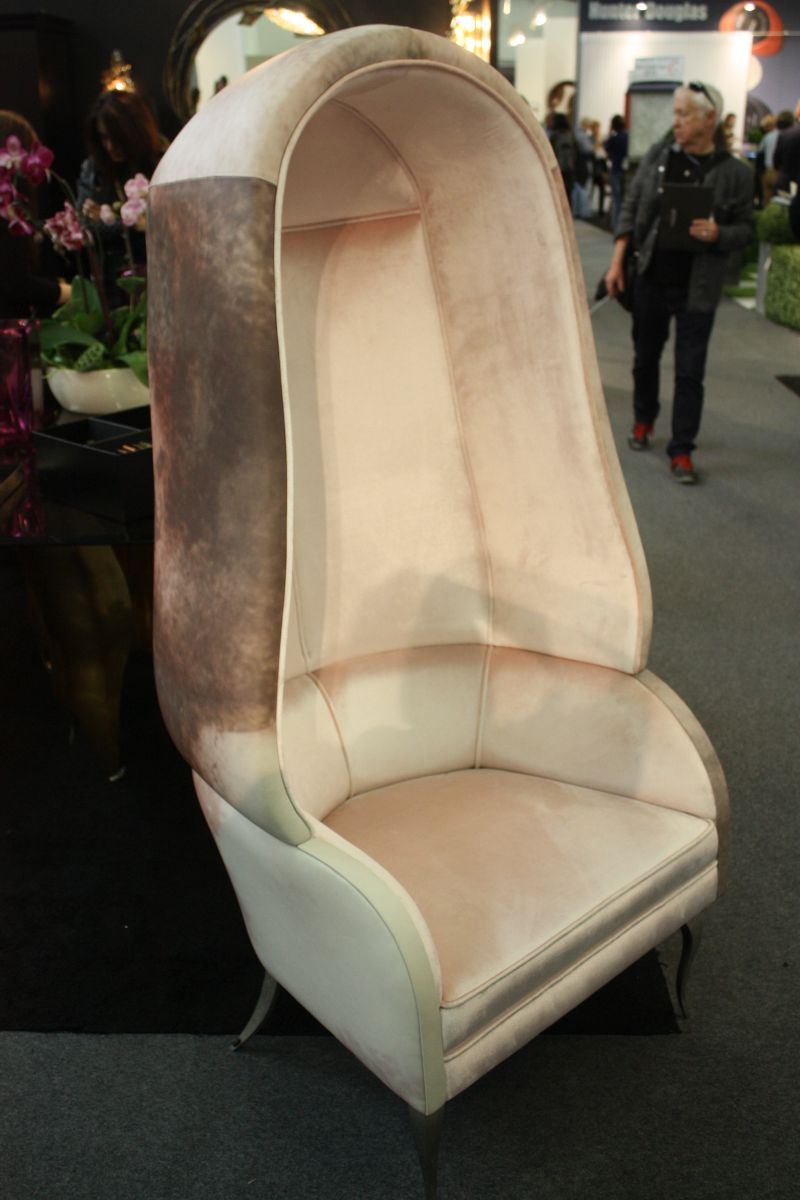 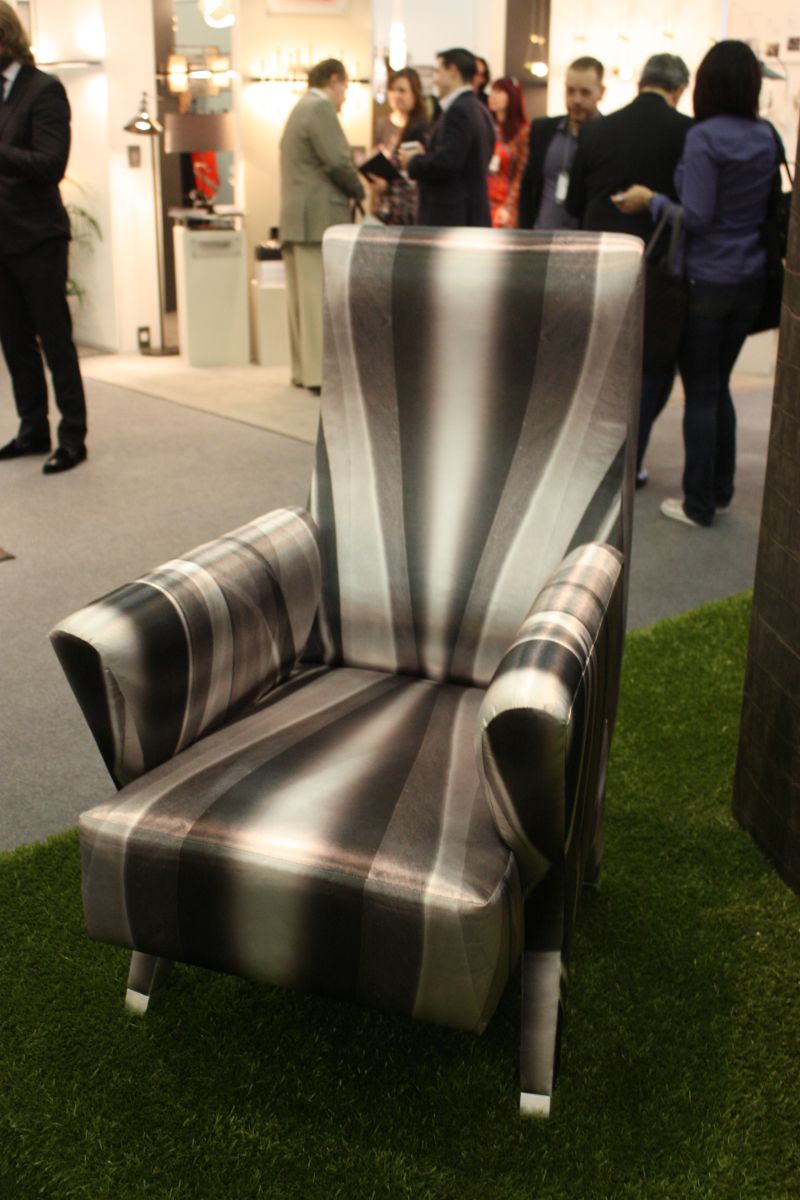 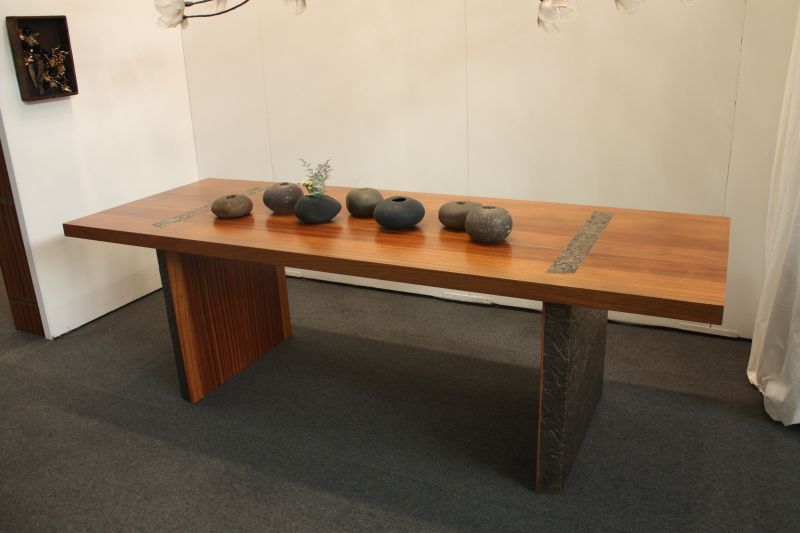 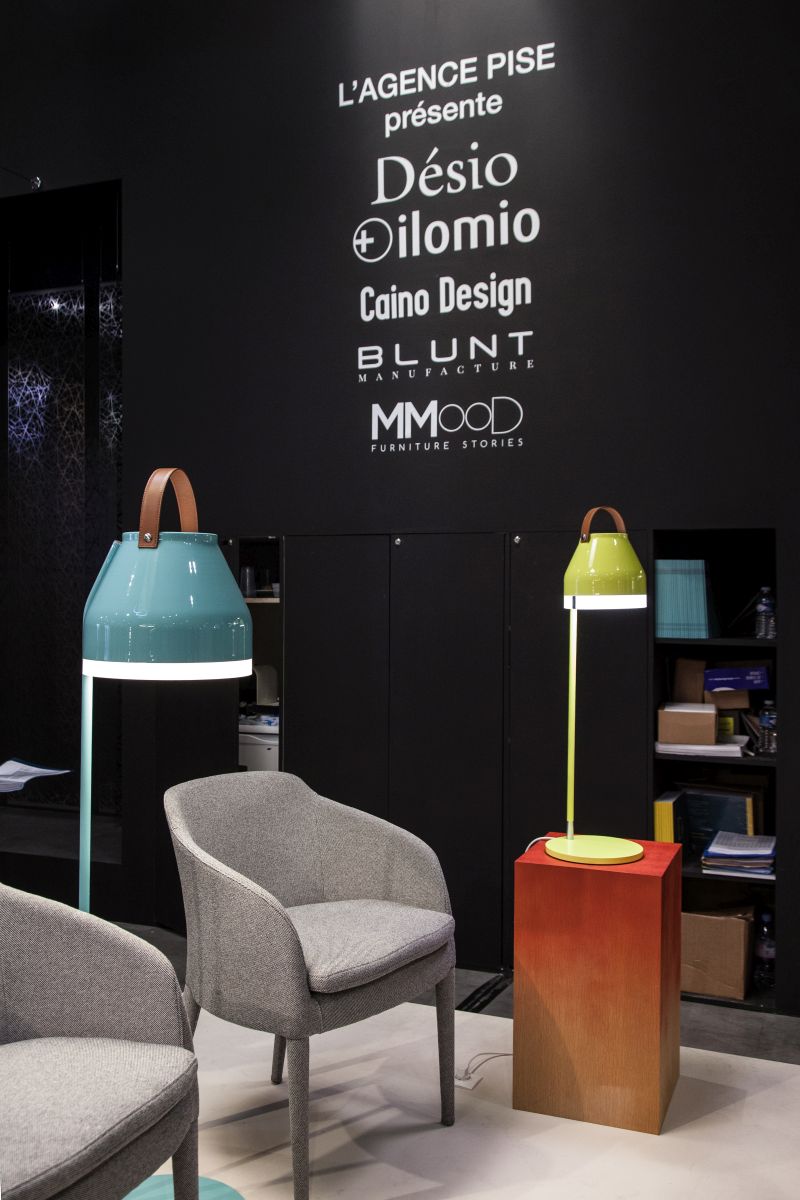 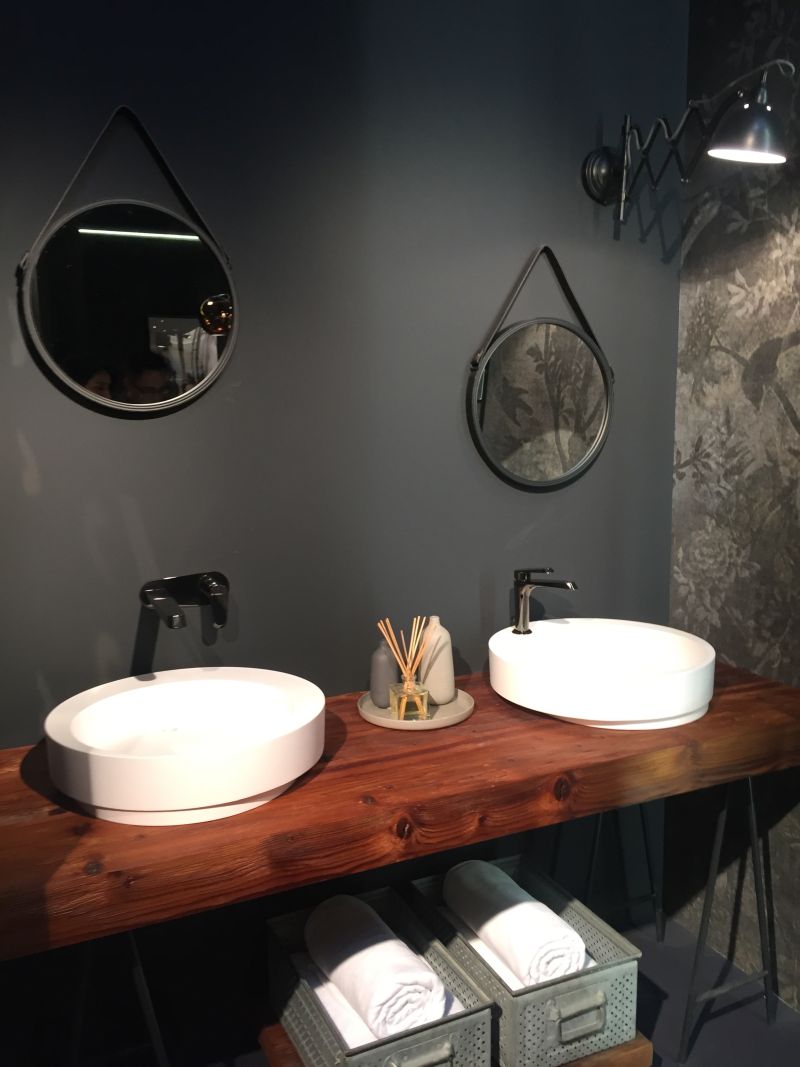 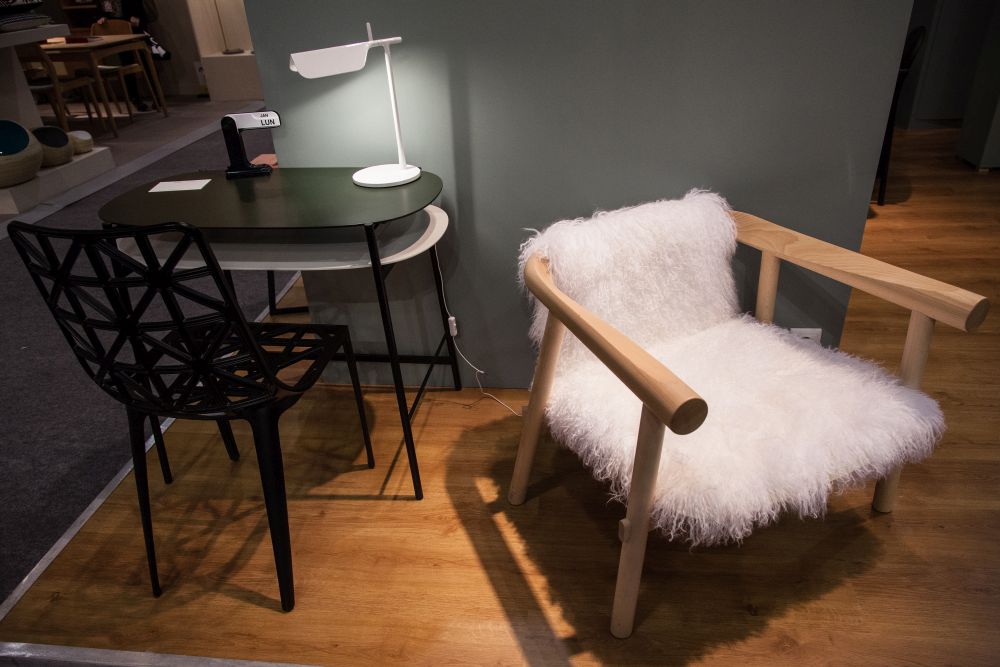 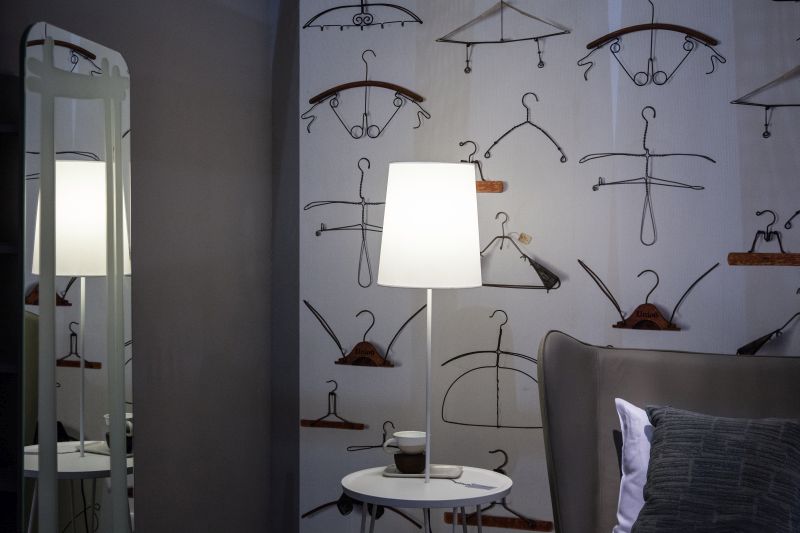 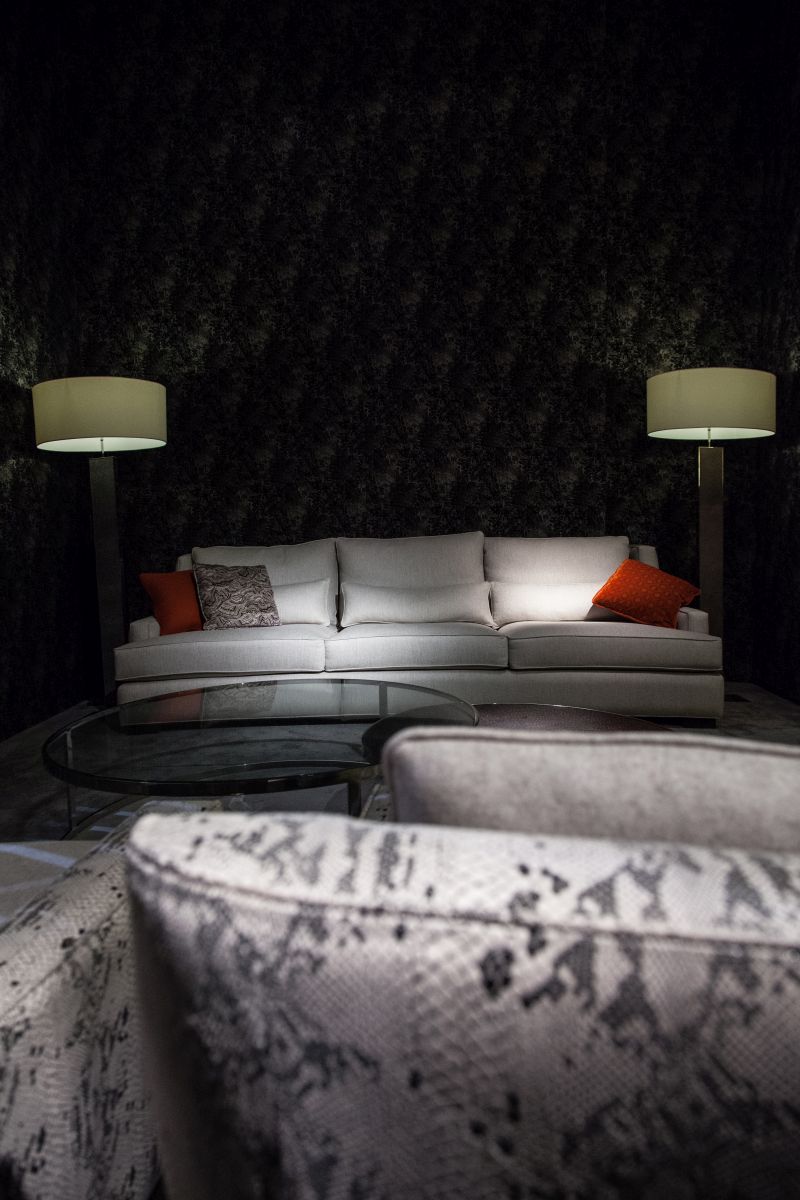 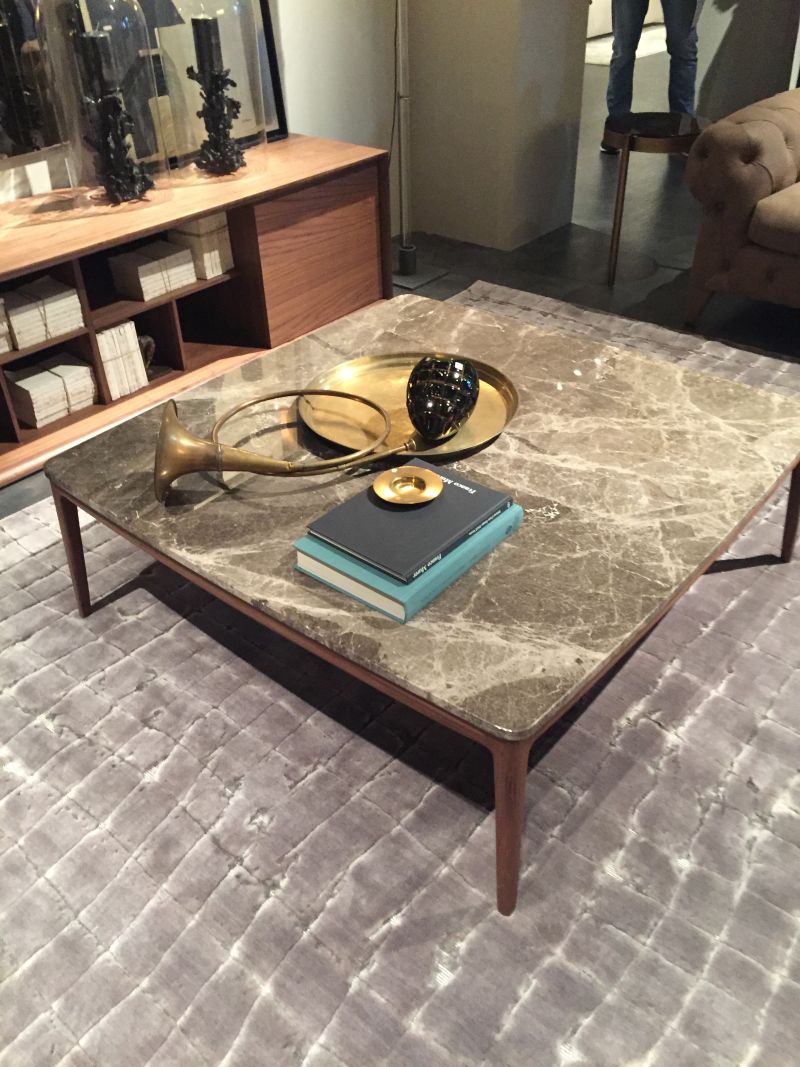 The color grey is a perfect neutral that lives between the extremes of white and black. As far as colors go, grey is unemotional – it’s detached, neutral, impartial, and indecisive. It is precisely this inherent sense of detachment that makes grey such a go-to neutral. In fact, it’s become the most popular neutral in interiors, replacing creams and browns. But don’t be fooled by the, well, grey-ness of grey. It’s a color that’s greatly influenced by its undertones and surroundings, even if we don’t consciously perceive an outside influence. Here’s a look at some common shades of grey and how to use them in home design.

Grey interiors can lend a space subtle elegance without being overly conservative. The lighter sofa in the background of this photo (facing us) is metal grey and is an aesthetic color choice, silhouetted against a dark wall. As is the best strategy in any monochromatic space, use a variety of grey tones, patterns, and sheens to increase the depth and visual appeal.

Grey is a controlled color and, as such, has the capacity to visually stabilize nearby colors as well. Grey can mute stronger, brighter colors and enliven softer ones (color-meanings.com). The solid wall and headboard in this photo are fog grey and serve as an excellent structured element in this busy space.

Grey is not only stable, it is also emotionally static. By that I mean that it neither heightens nor downplays the emotional feel of a space; rather, it will work with surrounding elements to bring out their emotional effect. Using grey to this end will ultimately create a feeling of serenity, reservation, and calm. If you’re looking for energy or excitement in your color scheme, you’ll want to look elsewhere than grey alone.

As the ultimate neutral, grey is rarely the center of attention. But it plays its role of conventional and reliable with perfection when paired with other elements that need to stand out. In this photo, for example, the shadow grey wall is a gorgeous neutral backdrop to eye-catching bathroom elements – rounded sinks and mirrors and a beautiful chunky wood countertop.

Dove grey is as soft and trustworthy as its name implies, and the light grey chairs in this photo show this. Paired with brighter, somewhat funkier design choices, dove grey reins in their enthusiasm and gives it a more mature aspect. This makes sense, when we consider that grey is ultimately a compromise from a color psychology perspective – neither black nor white, but rather a transition between the two (color-meanings.com).

What better way to import a color’s feeling into a space than to incorporate elements of that color that appear naturally. The fossil grey stones on this table are a prime example of doing this. Their classic color is one of intellect and wisdom (sensationalcolor.com), and when paired with nature, it provides a deep impact.

Not dark and not light, smoke grey (shown in the mid-toned grey stripes of this chair) combats the stereotype that grey is boring, sad, and depressing. Although convention places grey outside the capacity for glamor by itself, you can create a glamorous aesthetic with pattern and/or sheen. This unique grey chair, for example, is the epitome of glam.

Light grey is relaxing and soothing and is associated with helping ease the mind during life’s challenges. When the color is used on a comfortable piece of furniture, like this plush womb-inspired chair, its soothe-ability is largely increased, which is not a surprise.

The closer grey comes to white or silver (and the further it is from black), the more luminous the effect is. These pigeon grey shag cube stools are evidence of this. Taken out of context, the stools may have less of a visual effect, but in this space where a variety of light, warm greys abound, they are quite vivid and enticing.

The closer that grey comes to black (and the further it is from white), the more dramatic and mysterious its appearance. As a result, darker greys such as charcoal are more serious and unbending than their lighter counterparts. Use these greys in funky modern ways or against lighter backdrops to balance out the heaviness.

A warmer grey on the spectrum, sardine grey works well when paired with a few wooden details. The sardine grey of this drawer, for example, provides stability to the piece, while the intricate carvings and round wooden button knob provide a softening touch. The energy from this piece is positive as a result of the balanced components.

Grey’s appearance depends largely on the underlying color tones. For example, if grey is tinted yellow, its appearance will take on a more brownish tone, especially with nearby brown elements (designlike.com). This is the case with sidewalk grey in this space, and the effect has a refreshing warmth that a colder, blue-based grey would lack.

Research has drawn connections that people who like silver also like elegance, futuristic designs, and things of the world (color-meanings.com). Whether this is you or not, the use of silver to change up the sheen of a grey space or to add a focal point into a room, such as a silver hood over the range, is a luxurious and confident one.

In this photo, the darker inner circle is anchor grey, although the entire element is a beautiful ombre effect of various tones of grey. In general, grey will reduce the energy emitted from other colors, although when it’s left within its own grey family, subtleties and variations will arise that make each variation intriguing. Be sure to incorporate variations within a monochromatic grey space.

Concrete is a huge component of modern interior design these days, and koala grey is a common color of such concrete. Add visual interest to an industrial-feeling background with marble (grey veins) and gold fixtures.

Grey tiles installed in an interesting pattern will go a long way toward adding sophistication to a space, whether it be a shower, a hallway, a fireplace surround, etc. Just like the animal it’s named after, elephant grey is steady, disciplined, and protected, and the space that uses this color will likely take on those characteristics as well. (But feel free to glam things up a little with some gold or brass.)

Most greys are as stable as they are unassuming; porpoise grey is such a hue. Unlike black and white, porpoise grey is not dramatic. It works perfectly with a variety of wood finishes, including the blonde cabinetry seen in this photo, to create an eye-catchingly neutral space.

A completely industrial material itself, graphite showcases a grey that works seamlessly with an industrial vibe. Amp up the design, though, with some geometric formations or some other abstract lines so that your simple graphite grey becomes a piece of art.

The color grey is hardly ever an equal blend of black and white. Instead, it generally incorporates elements of other colors within it to activate it and give it qualities of those colors (color-meanings.com). As a lighter, cooler grey, cloud grey is calming and on the conservative side of the spectrum.

The dark green-grey “stripes” on the wall behind the sofa are pebble grey. Because too many grey areas in one space will make it look boring and bland, it’s important to mix things up a bit. Use pattern, such as is on the sofa wall, and various tones and shades of grey to give the space definition.