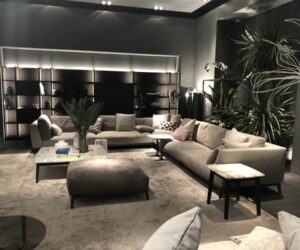 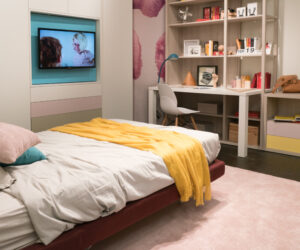 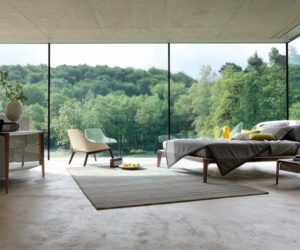 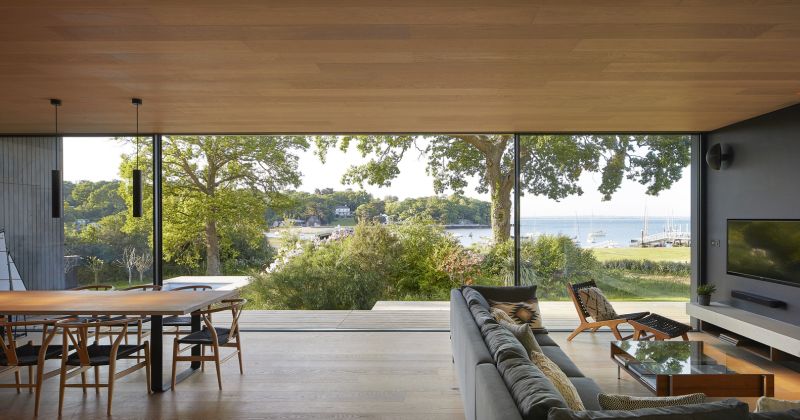 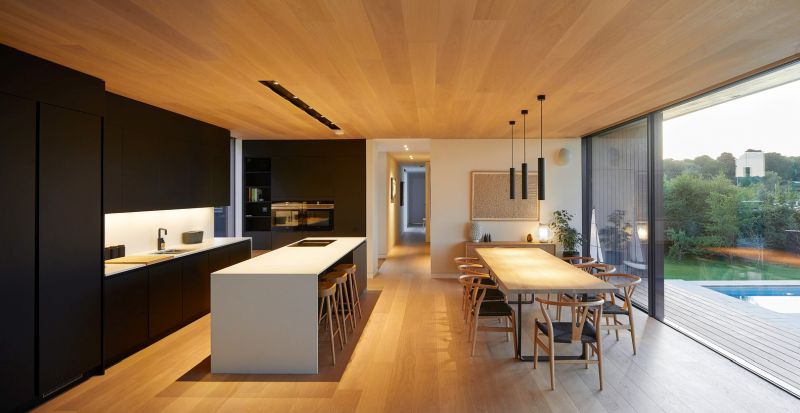 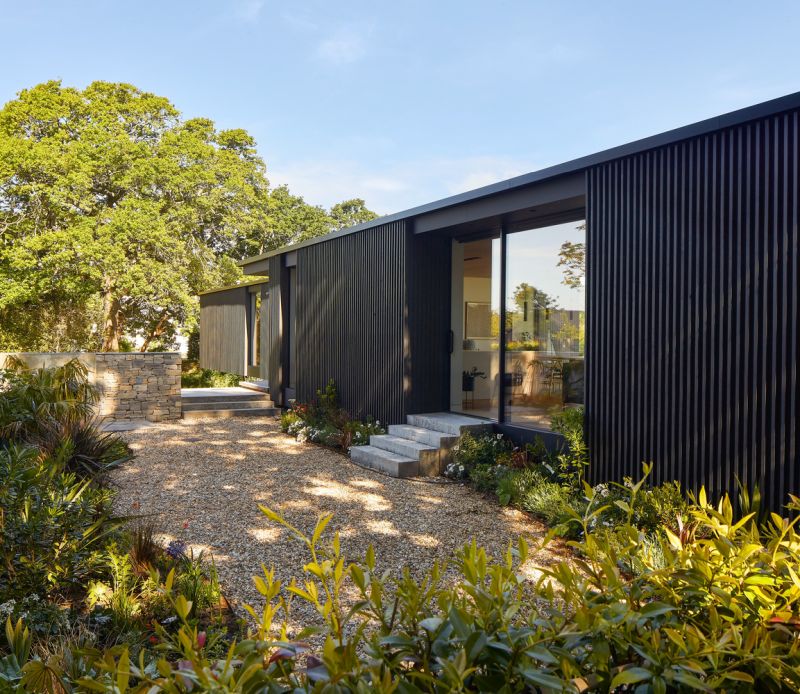 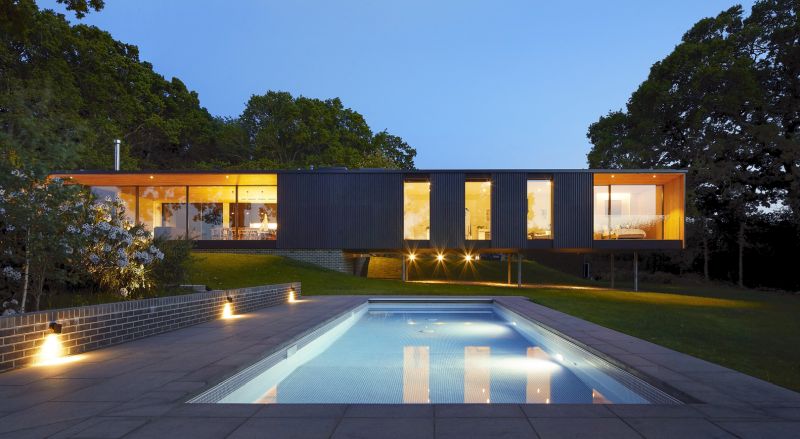 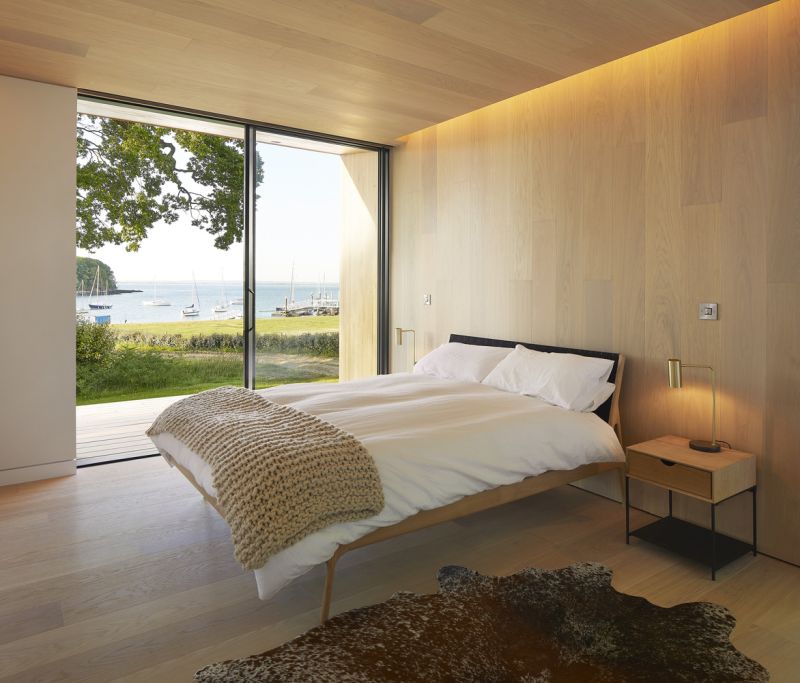 It’s a bit strange seeing a house raised on stilts when the site is actually not hat steep. However, the reason for a design like this in this case is related to something else. This family holiday home is located on an island in Wight Creek, UK. It’s close to the water and that means increased flood risk. As a result, the design had to account for that.

The team at studio Ström Architects identified the highest point of the site and built the house in such a way so it’s perched on top of it and elevated on stilts. That leaves an open space underneath a large section of the building, minimizing its impact on the site and allowing nature to take over the area below

This waterfront house has a simple and linear design. The social spaces are positioned between the private areas of the house. Since it has a contemporary design with an emphasis on openness and simplicity, the living room, dining area and kitchen are combined into one big space. On one side of the social area is a bedroom wing, floating above the sloping land and suspended. The master suite is actually not part of this wing. It’s separate from the other bedrooms, on the opposite side of the living area.

Given the way in which the house is oriented, its proximity to the water as well as the linear floor plan, every room inside gets to have a great view. Large, full-height panorama windows expose the interior to the landscape and fill the rooms with sunlight. The bedrooms are suspended on pillars which makes their views even more interesting. As a general impression, the house has a nice relationship with nature and its immediate surroundings. It respects its beauty and makes the most of this location.