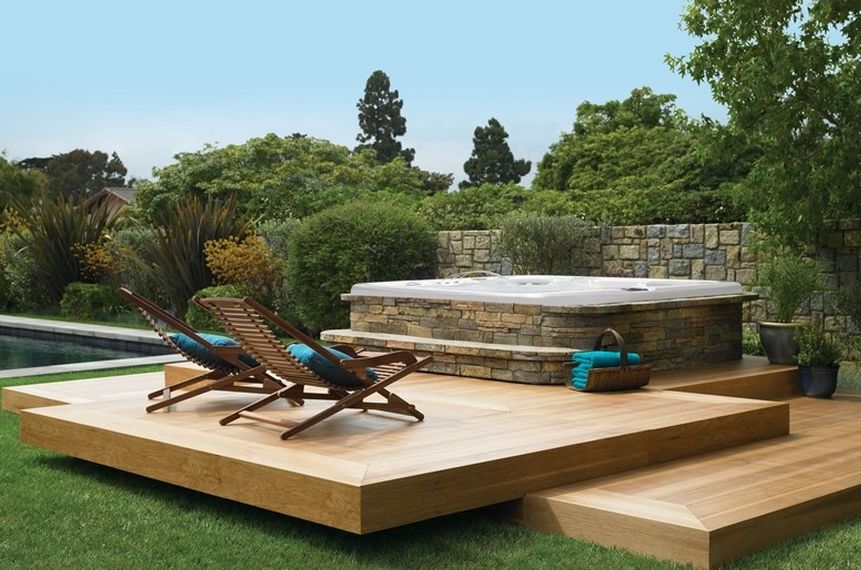 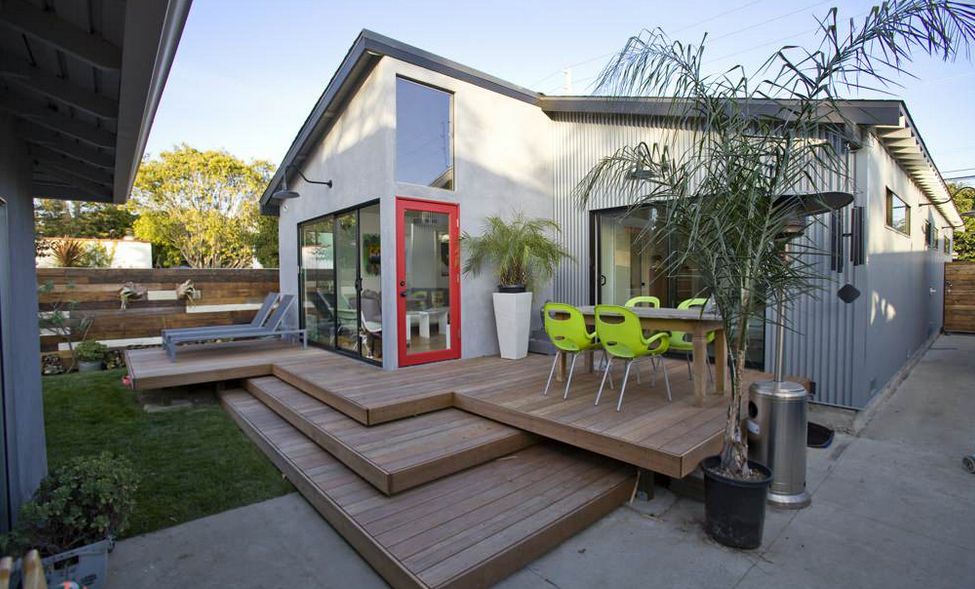 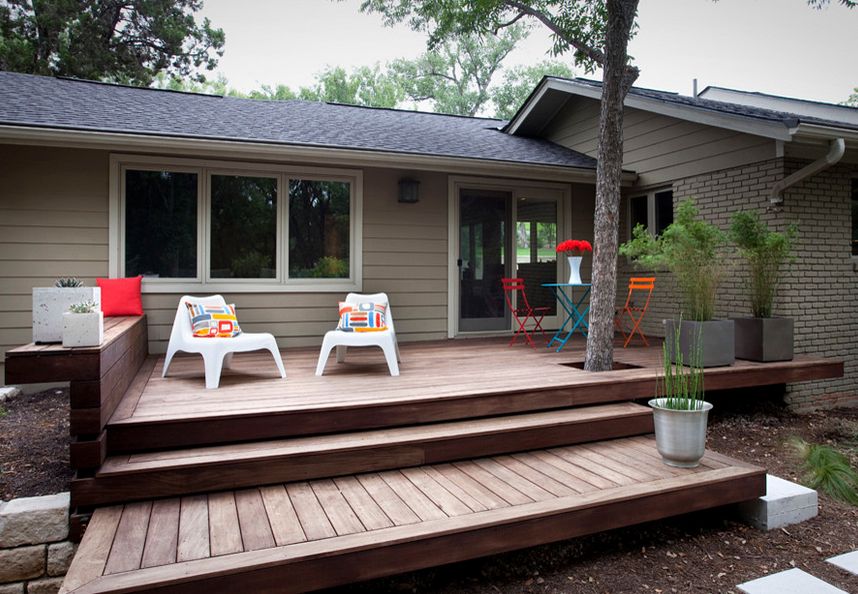 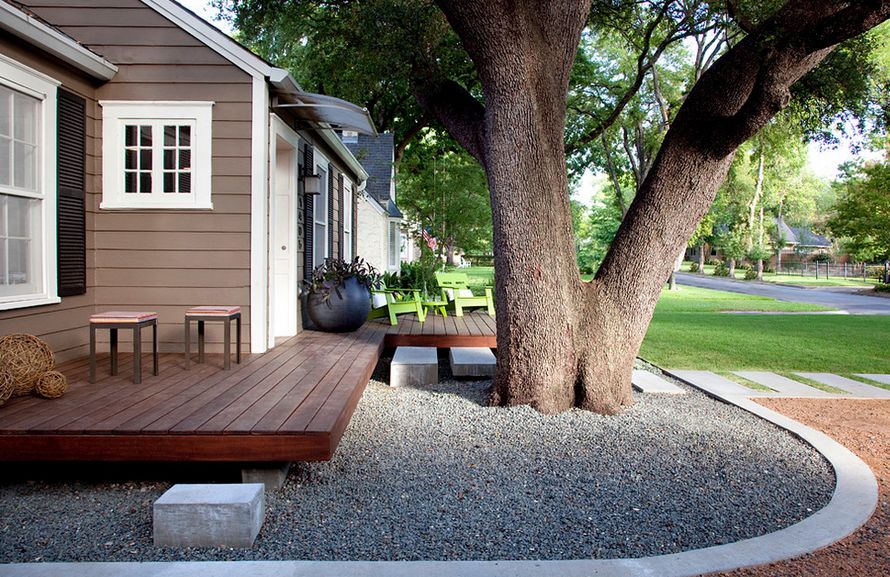 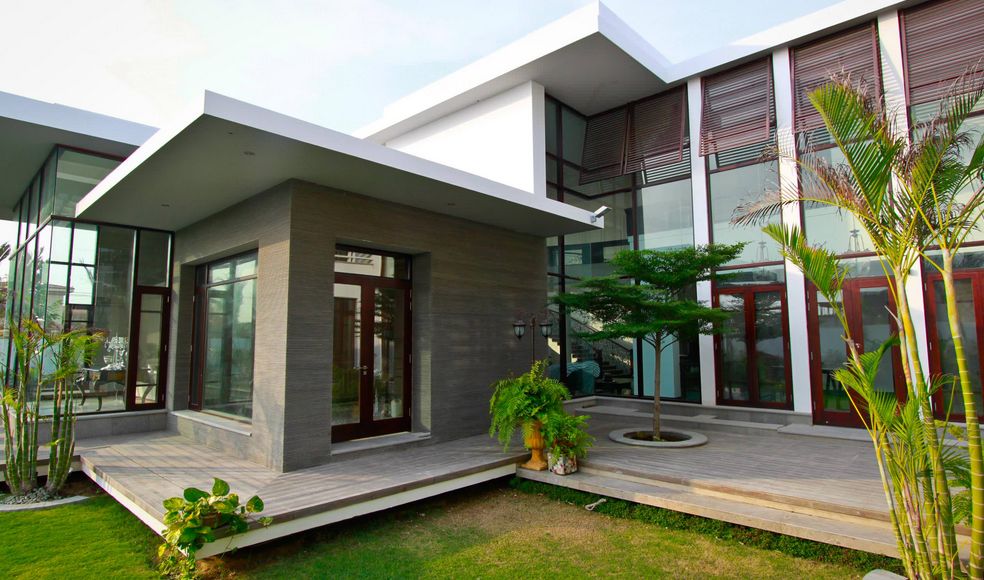 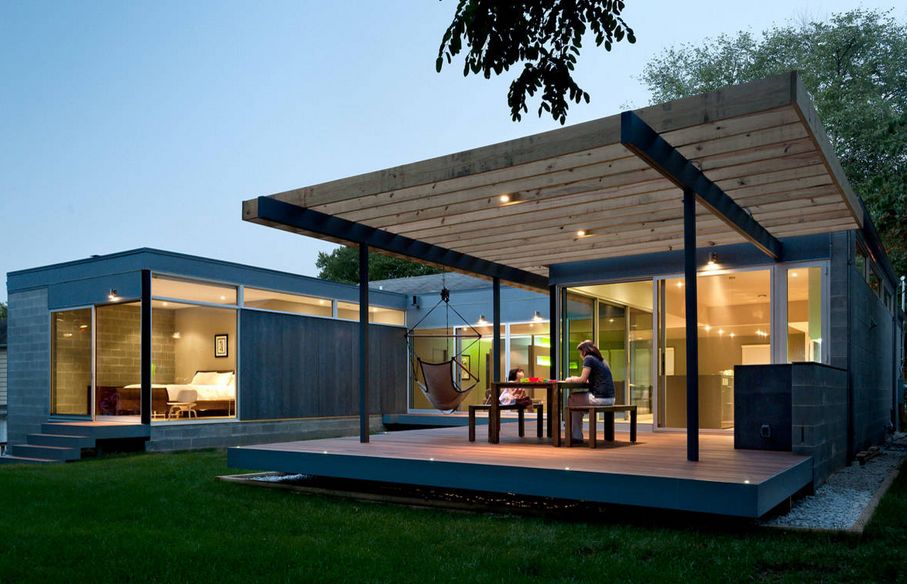 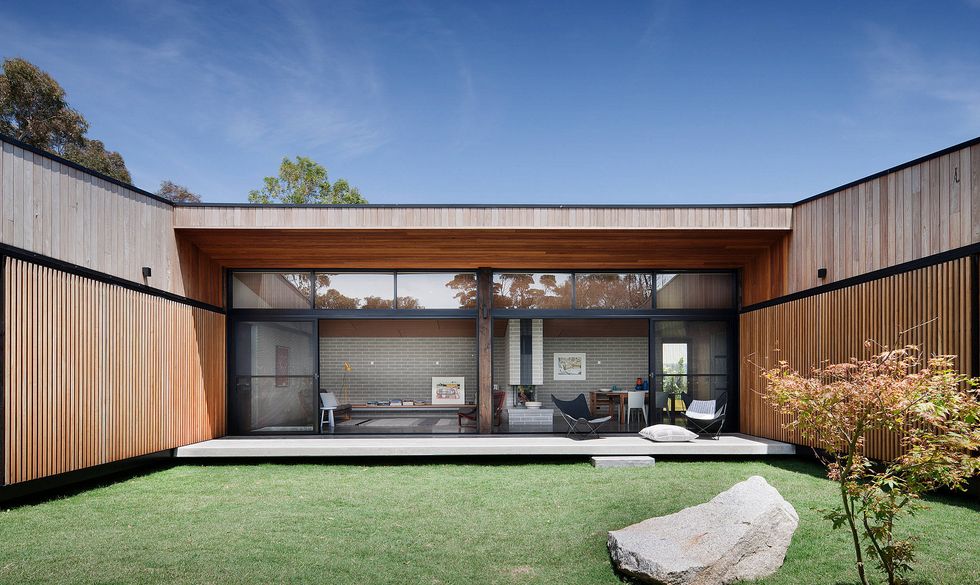 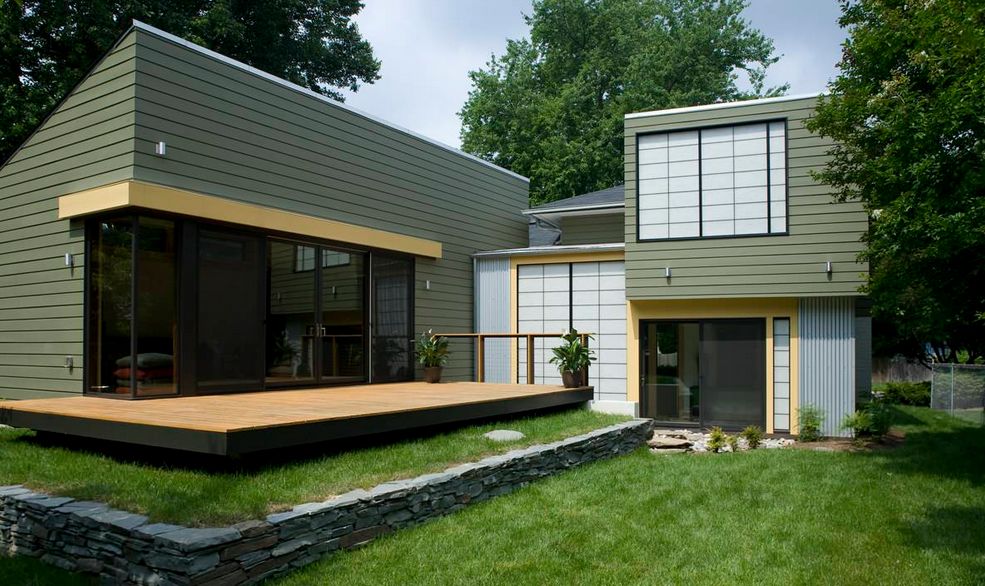 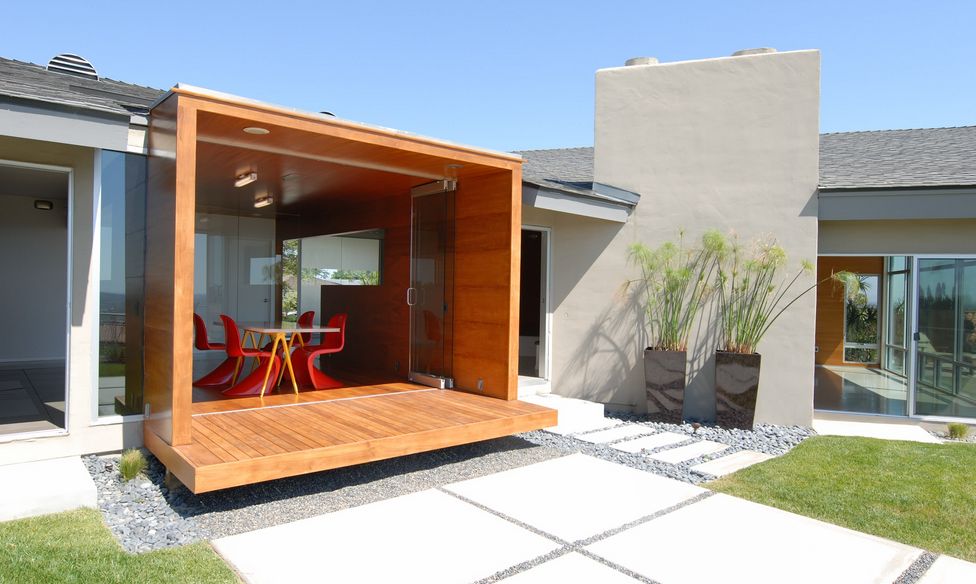 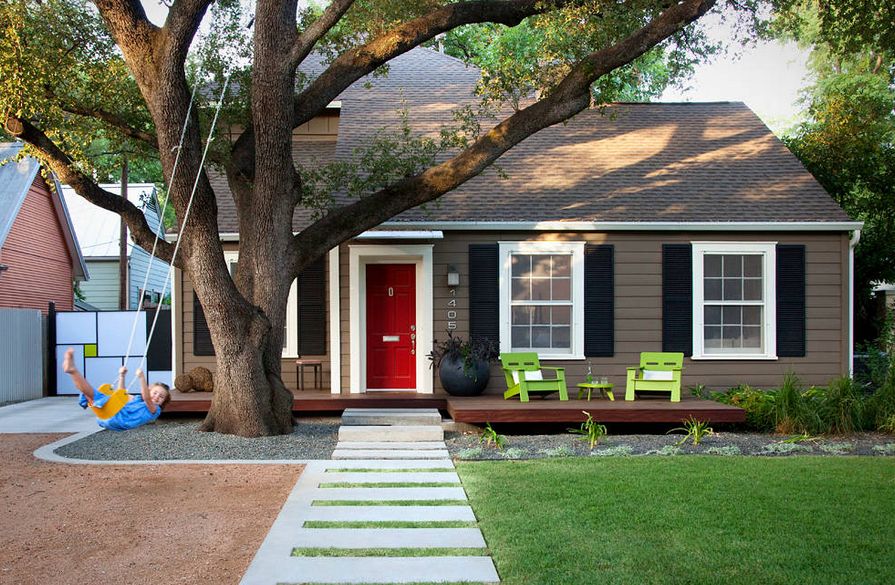 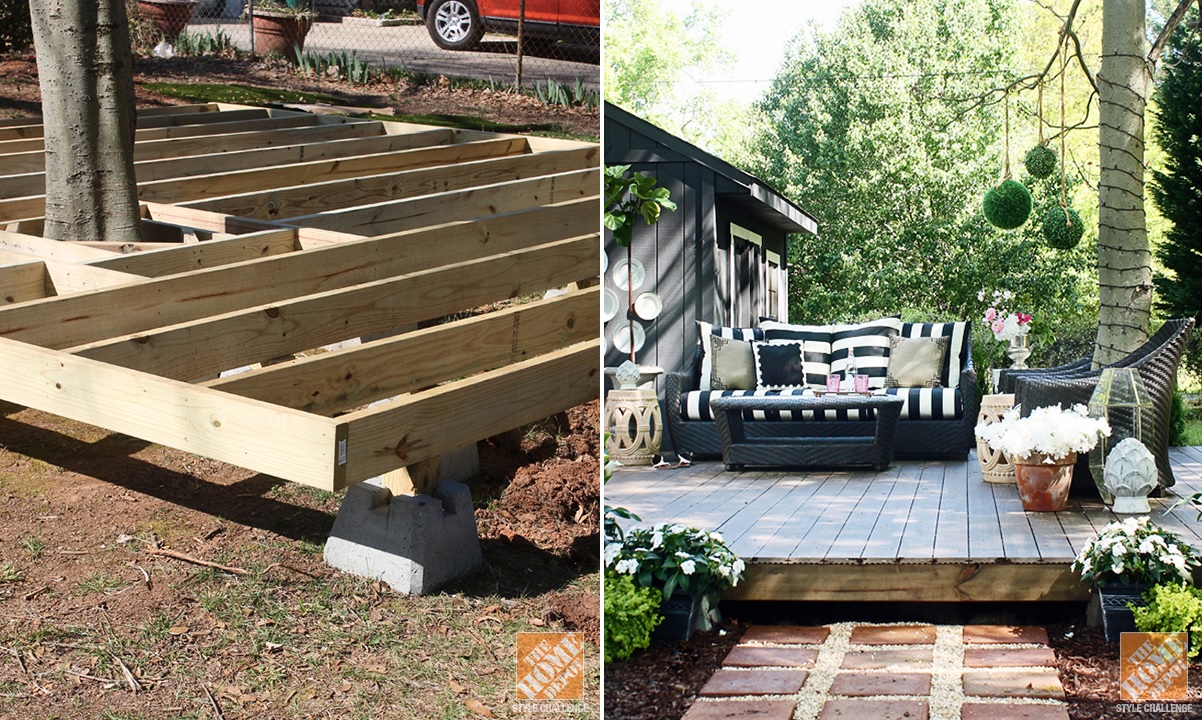 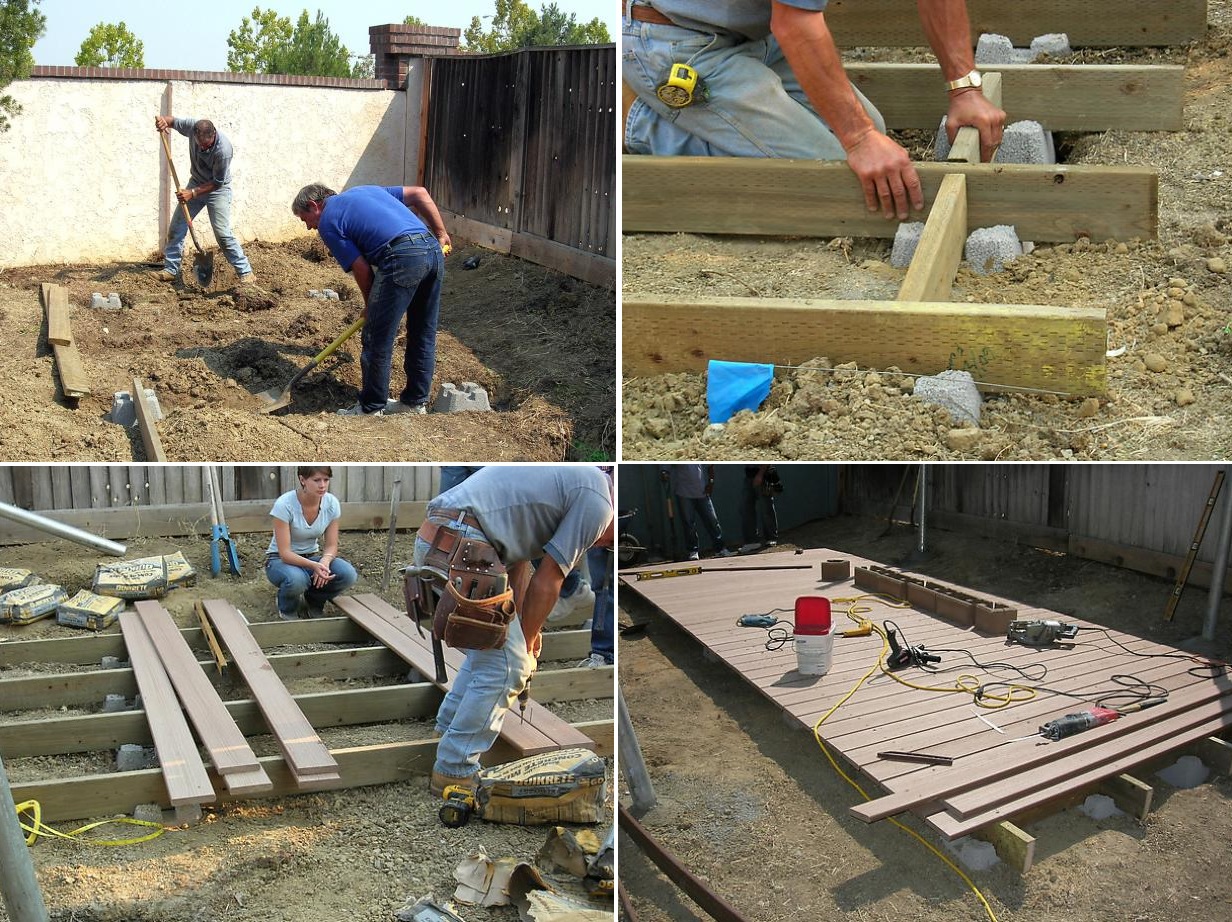 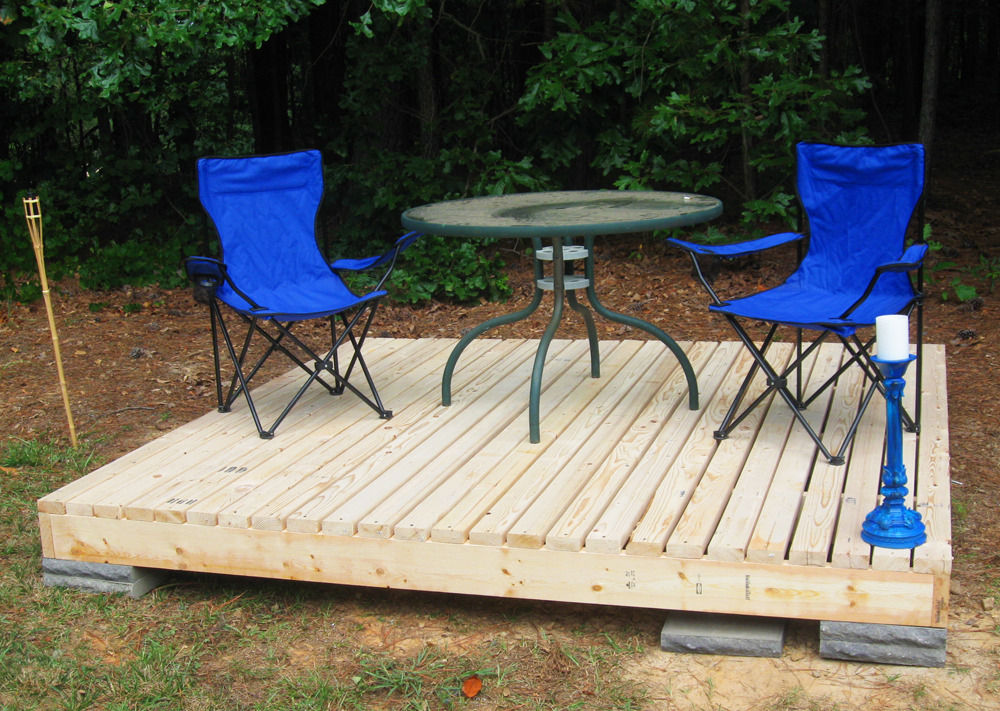 A floating deck is a nice shady spot one can add in the backyard to make the space more enjoyable and to turn it into a relaxing living area, perfect for enjoying the beautiful weather and the views. Building a floating deck, also known as an island deck, is quite simple. Once it’s installed the next step is to furnish and decorate it.

The first step when building a floating deck is creating the design which is basically just a square or a rectangle. Then the design has to materialize. Use wooden boards and space them out evenly. At the end, raise the platform slightly. You can use flat garden stones to make it level.{found on instructables}.

If the site is uneven, you need to level the area first. Set the four corners and dig into the ground to create holes for the blocks. Space out the blocks to make a rectangle. Then spray paint a line 2 feet from the corners for the interior blocks. Place the blocks and then lay the deck joists on edge inside the deck blocks. After that, start laying the deck boards.{found on diynetwork}.

A floating deck can be a striking feature of the backyard if accessorized properly. An interesting idea is to incorporate existing trees into the deck’s design. You can build in between or around them. First set the perimeter, level out the space and set the blocks. Then create a level frame. The last step is to lay the boards and to space them out evenly.{found on homedepot}.

You can give your floating deck any size and shape you want. Build an L-shape deck if you want to frame a tree or to follow the architecture of the house. Paint or stain the wood according to the style and the look you want.{found on austinoutdoordesign}.

This floating deck is actually a box-like structure that’s annexed to the interior living space. It allows it to expand outward and it cantilevers above ground level. The design allows the deck to be enclosed with glass if so desired.{found on makearch}.

A floating deck can be used to create a terraced design on a sloped site. In this case, it serves as an open extension for the interior social areas and it has a minimalist and sculptural look given the lack of railings and the way it coordinates with the architecture of the main building.{found on gardnermohr}.

The symmetry of this design is very beautiful. The high surrounding walls shelter the main house and offer it privacy, allowing a long floating deck to be built as a buffer zone between the indoor spaces and the back yard.{found on bowerarchitecture}.

Add a pergola to the floating deck to shelter it from rain. This allows it to become a permanent outdoor living or dining area. Accessorize it with outdoor furniture and lighting fixtures.{found on kube-arch}.

Another interesting idea is to have a narrow floating deck that wraps around the perimeter of the house. It can be carved out to incorporate existing trees and it can be a transitional space between the indoor areas and the garden or back yard.

The deck doesn’t necessarily have to communicate with its adjacent interior space through sliding doors. It’s enough to have a window that overlooks a small floating deck built in front of it. This would serve as a sort of semi-private terrace for a bedroom for example.

Build your floating deck in layers. Let it gradually reach ground level without actually touching it. This way the transition will be smooth and seamless and there won’t be any striking contrasts between the yard, the interior living spaces or the deck in between.{found on austinoutdoordesign}.

This is a similar concept. Three platform intersect and work together to form a multilayer deck. Each has a different size and shape and the top platform actually connects two small decks, one serving as an outdoor dining area and the other as a lounge space.

A floating deck can be a freestanding feature or it can be annexed to an existing structure. It can also be built around a jacuzzi. In this case, it serves as a lounge area. There’s no need to cover the deck since the whole point is to enjoy the sun.