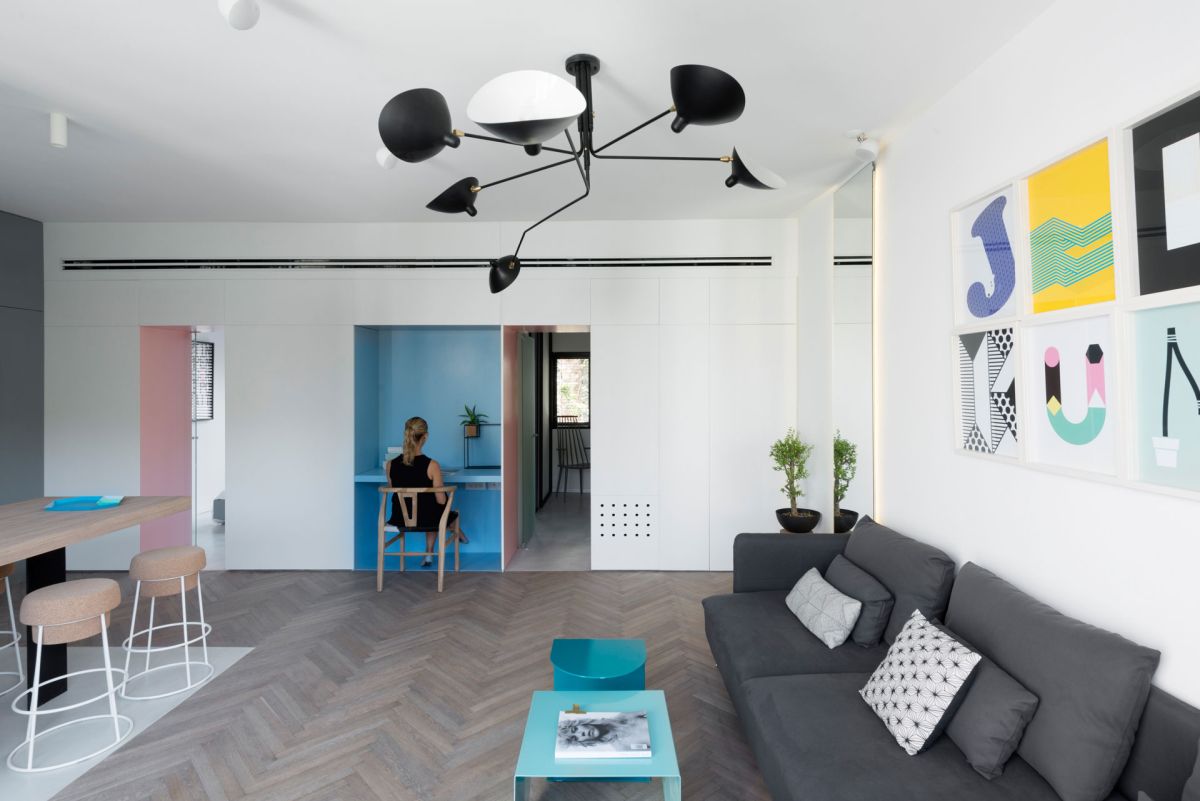 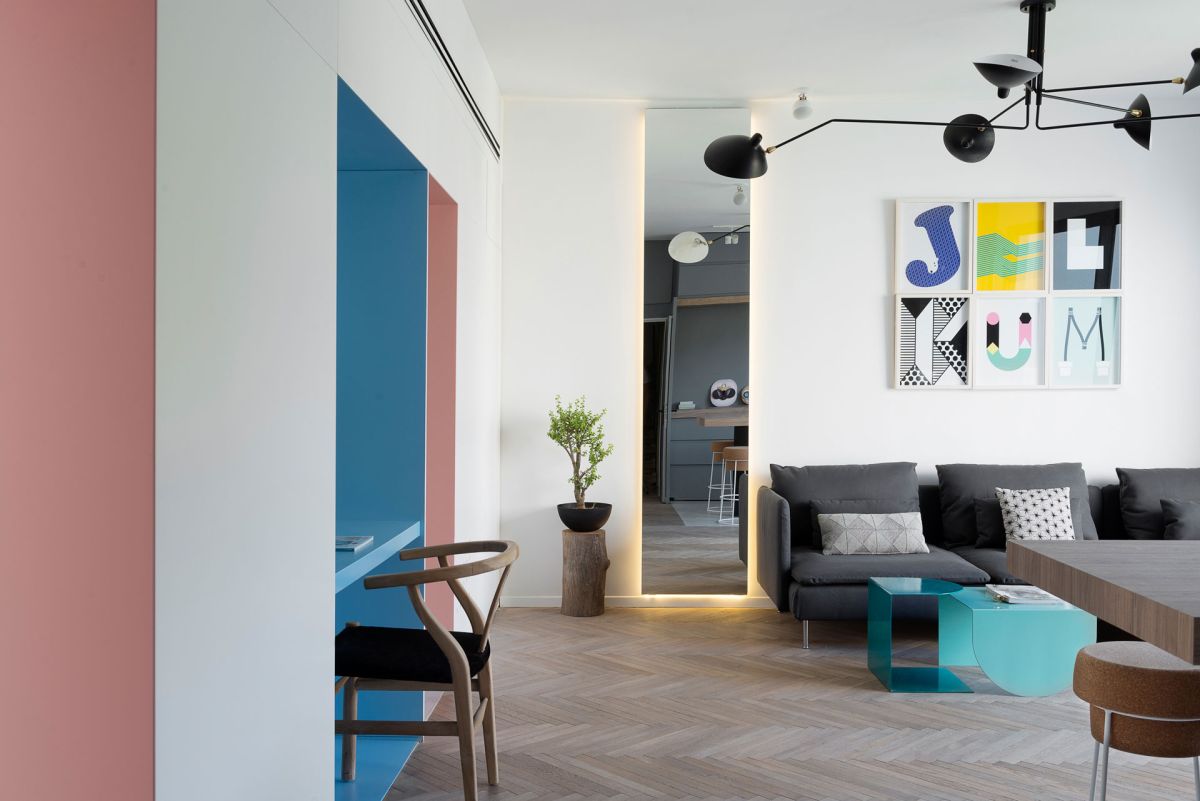 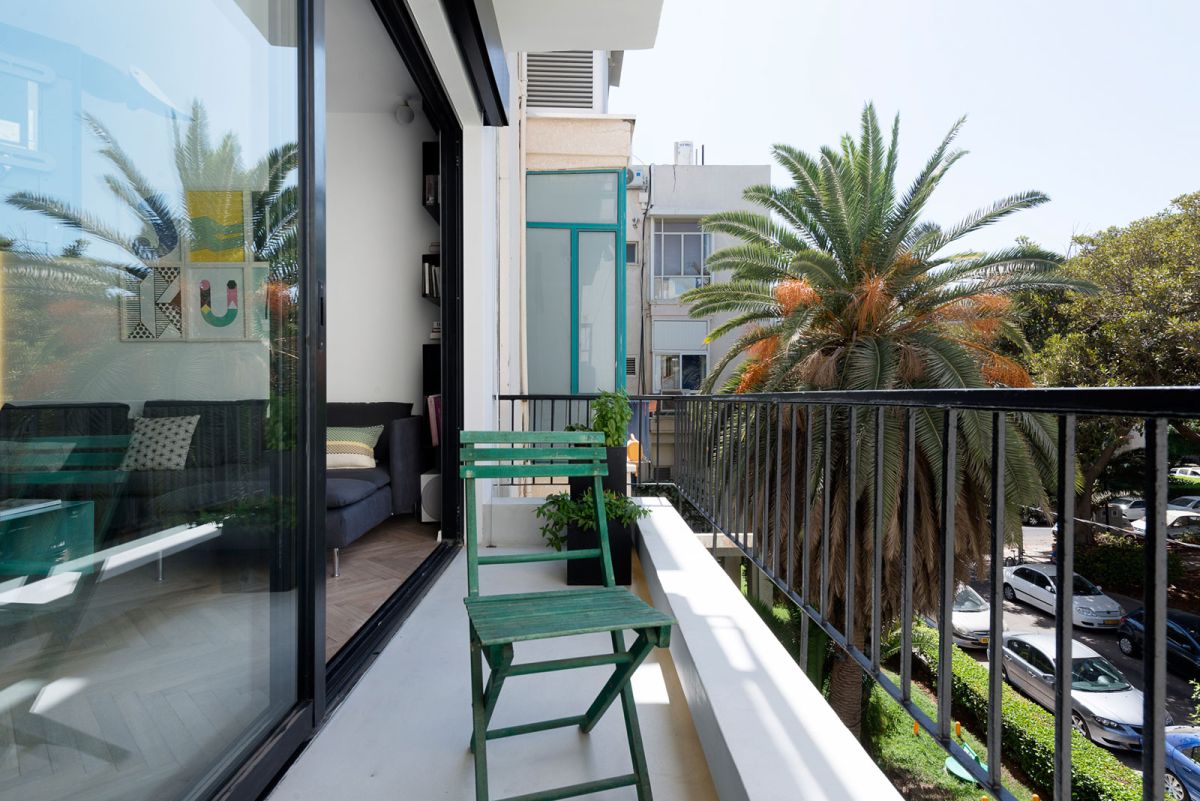 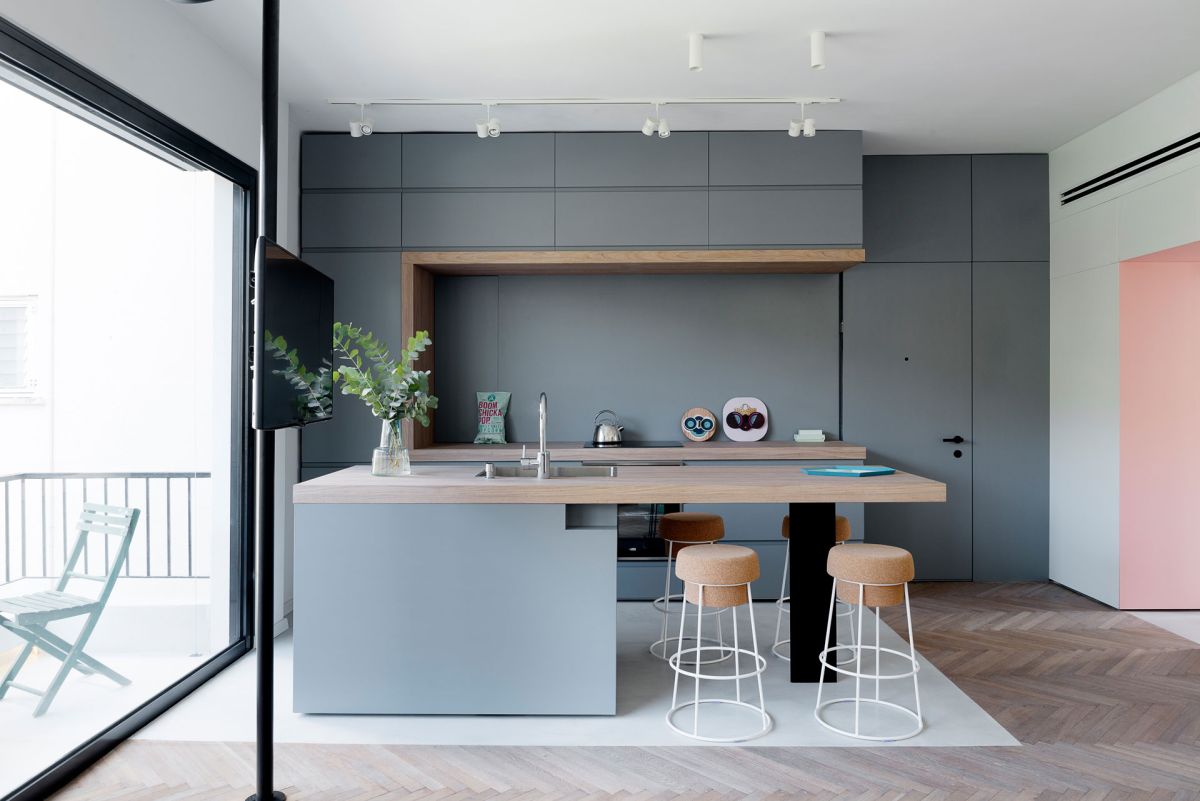 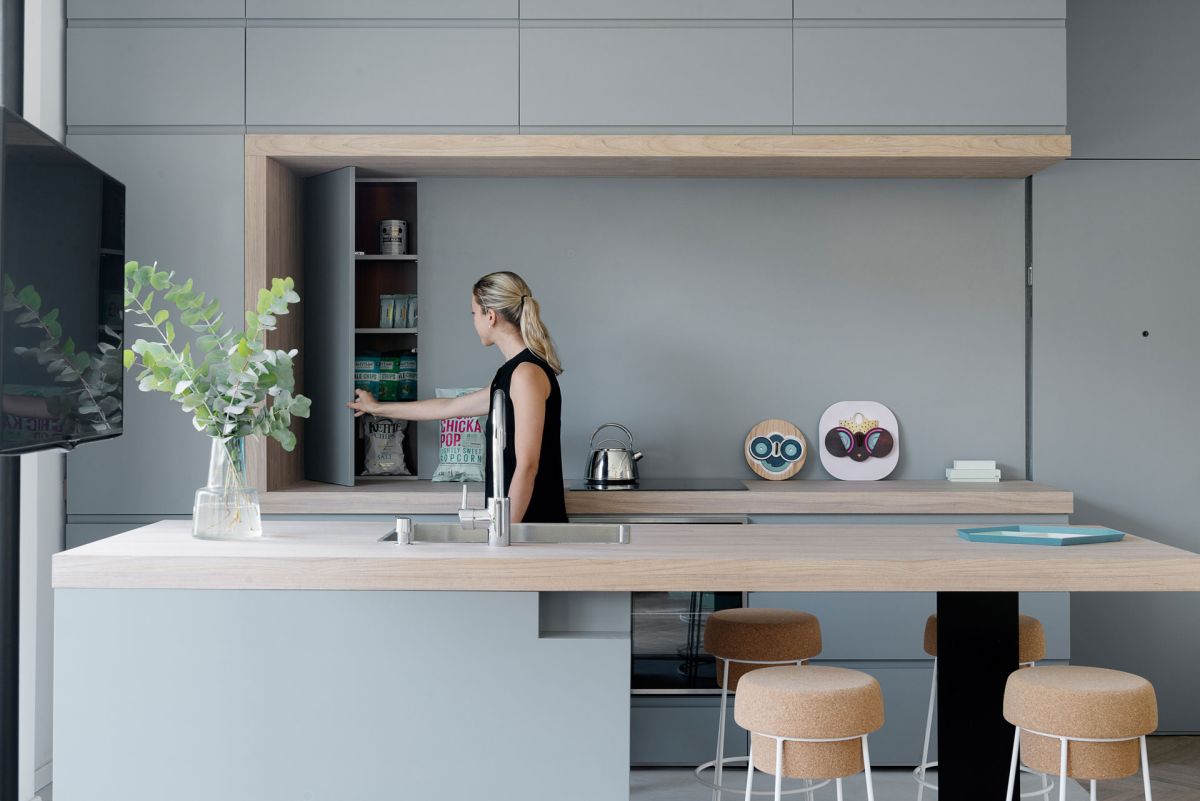 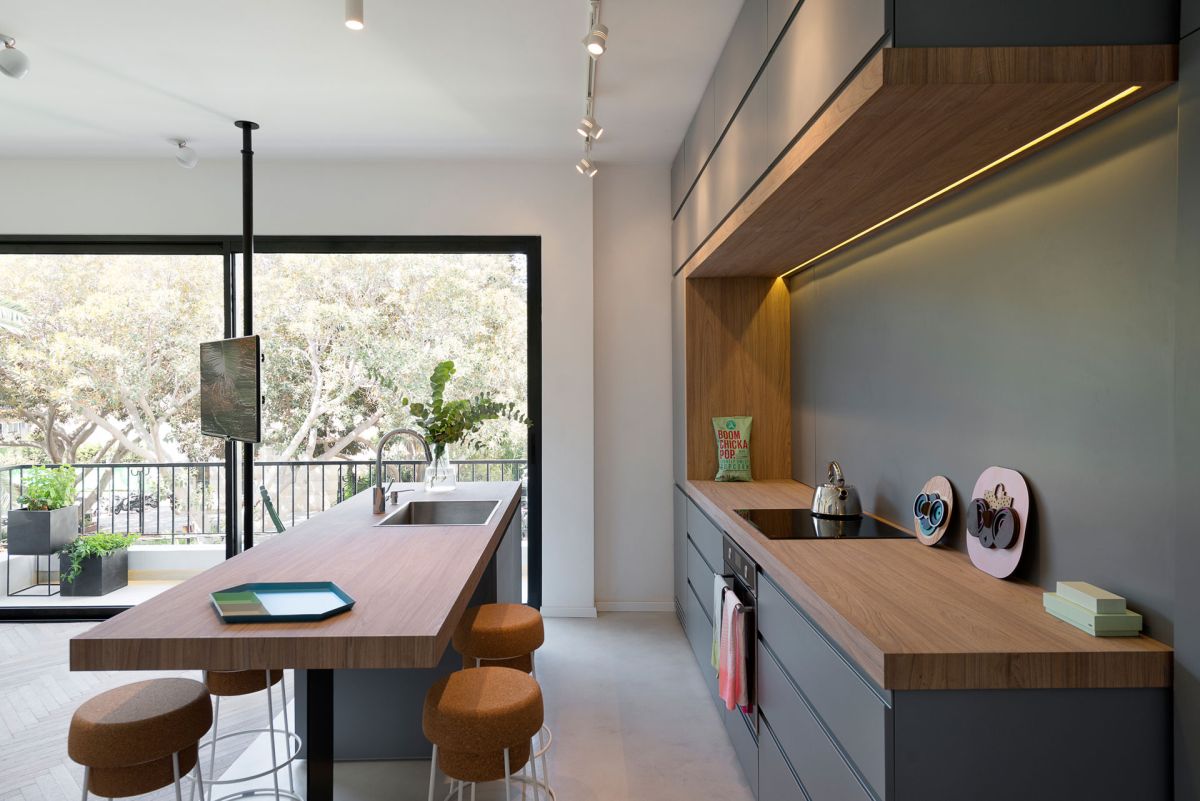 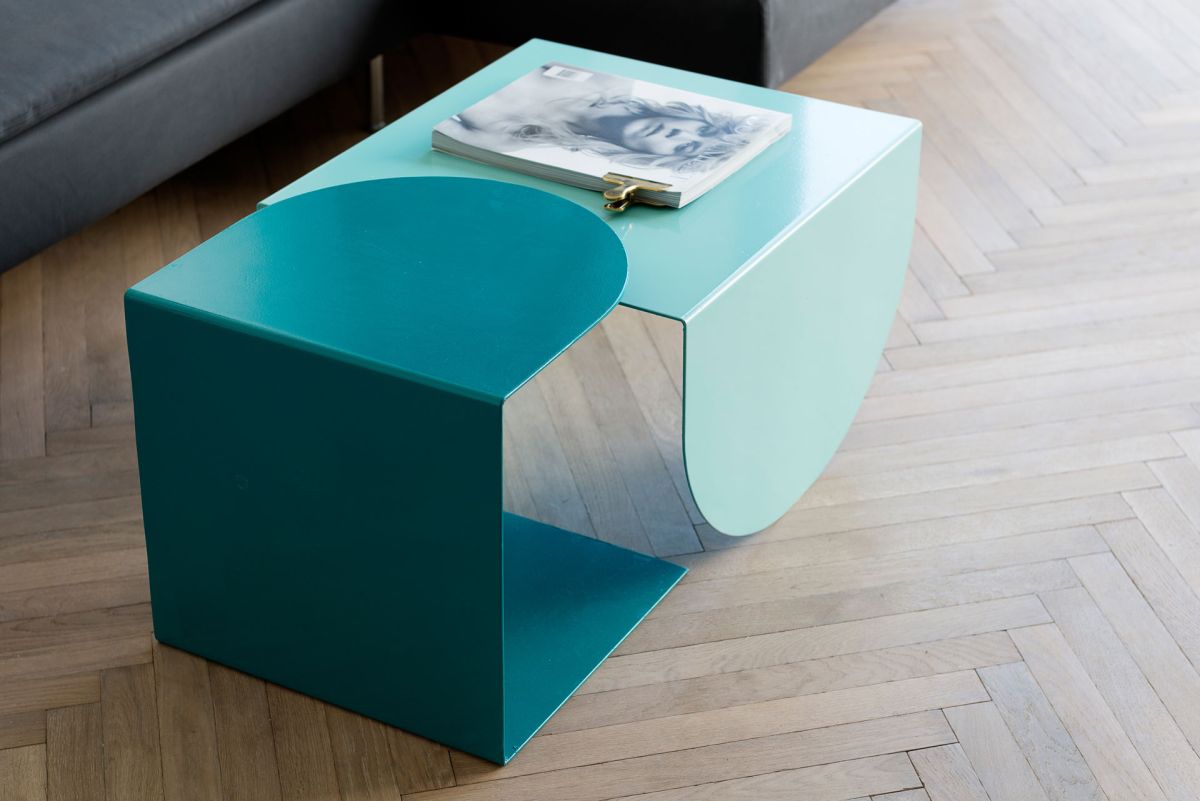 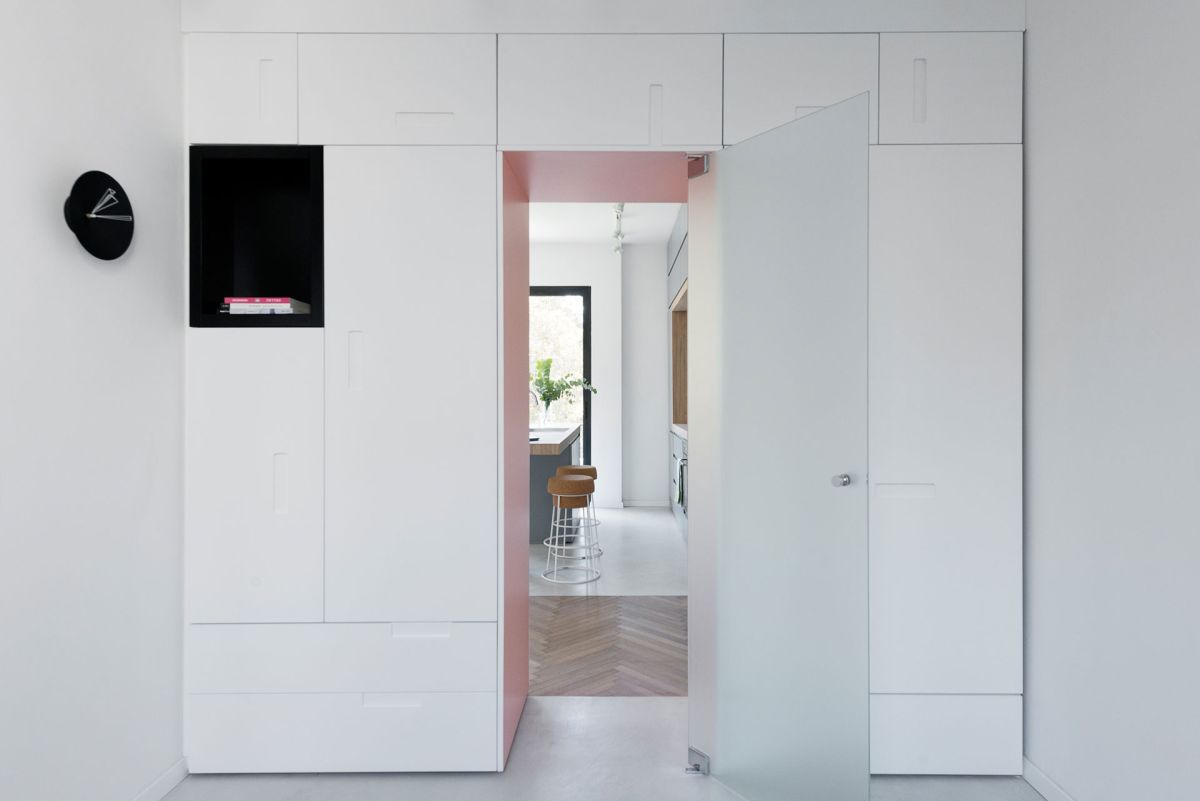 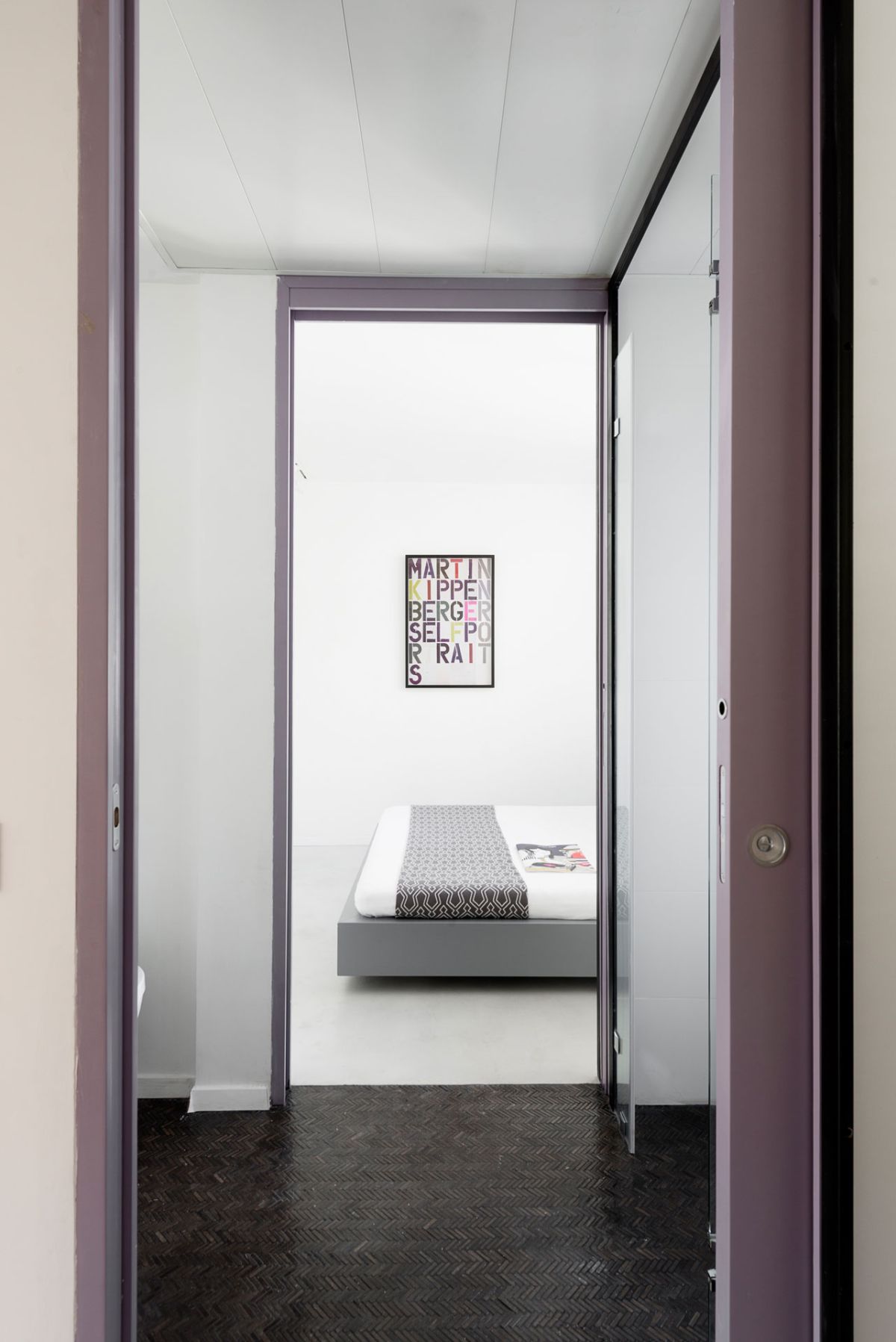 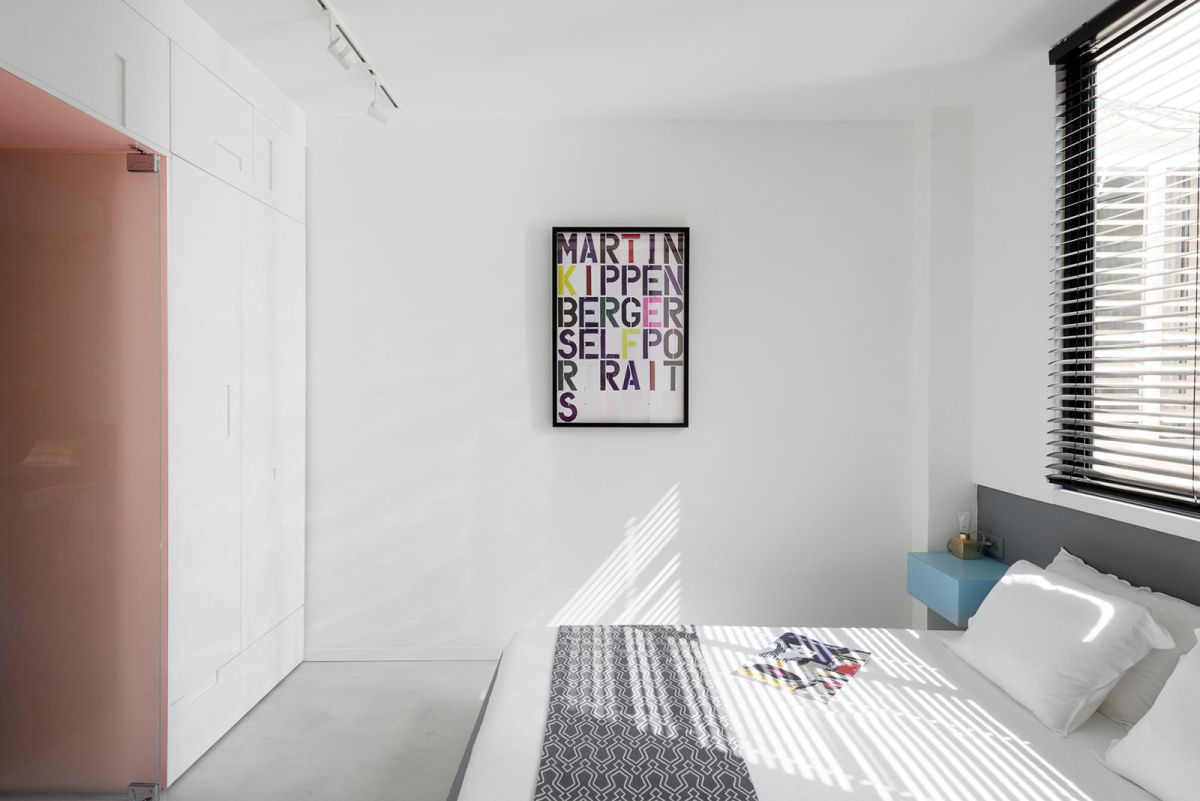 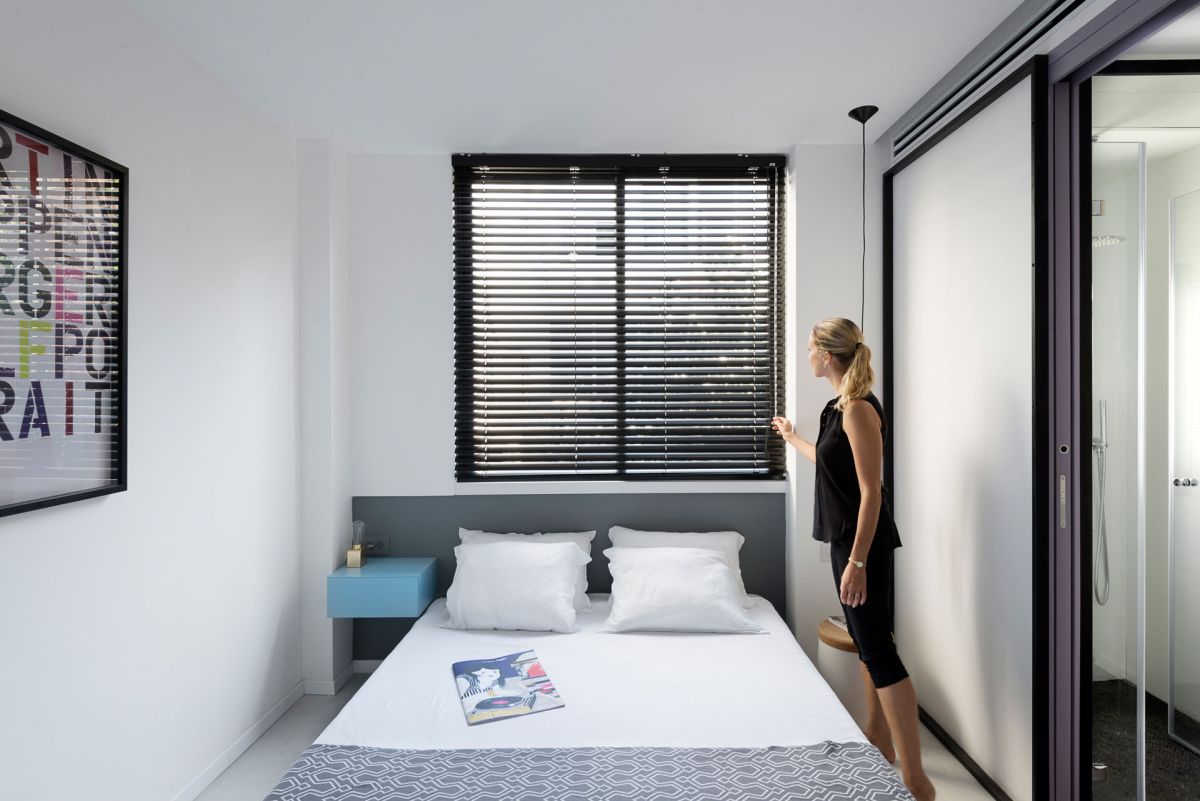 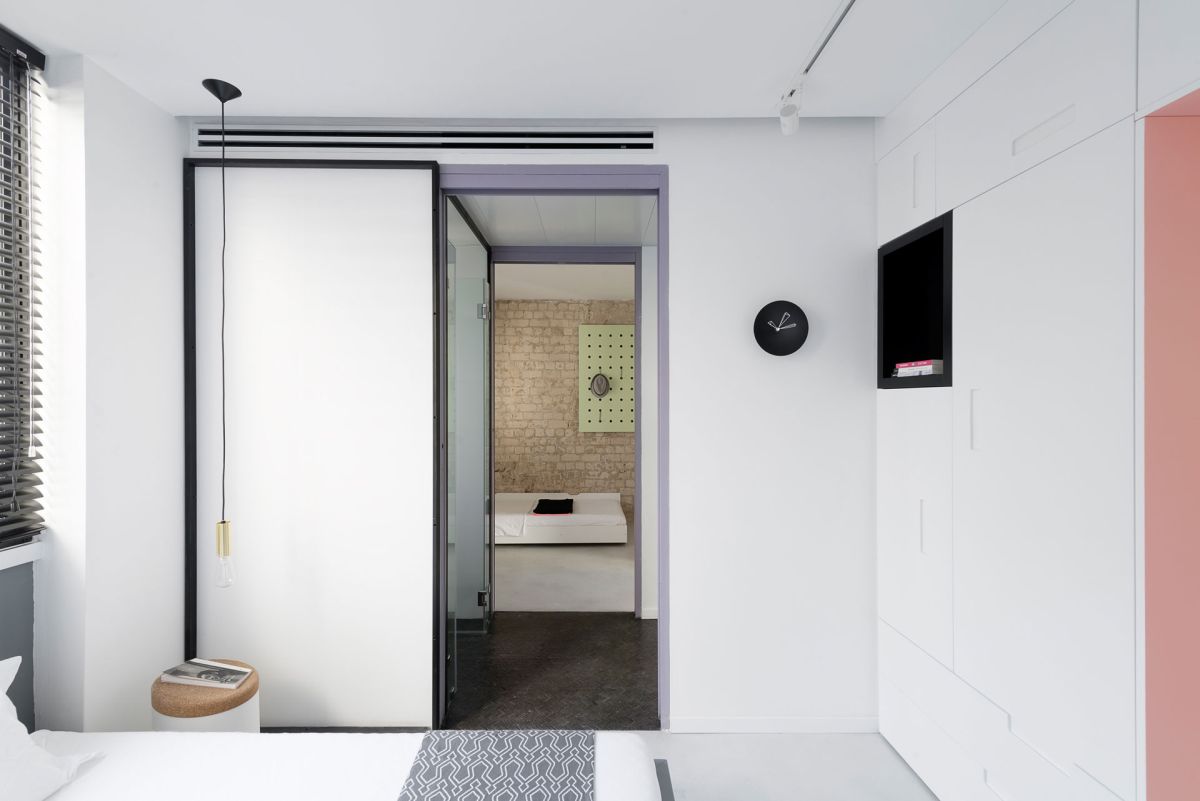 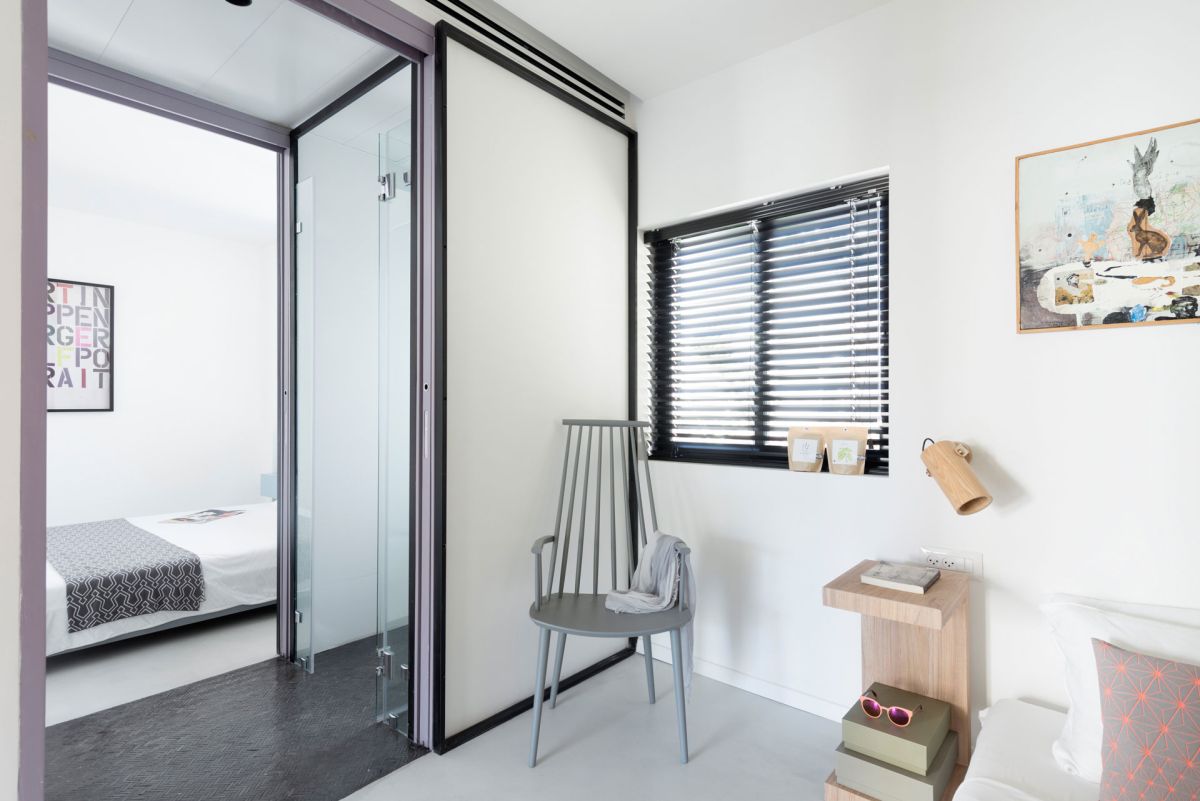 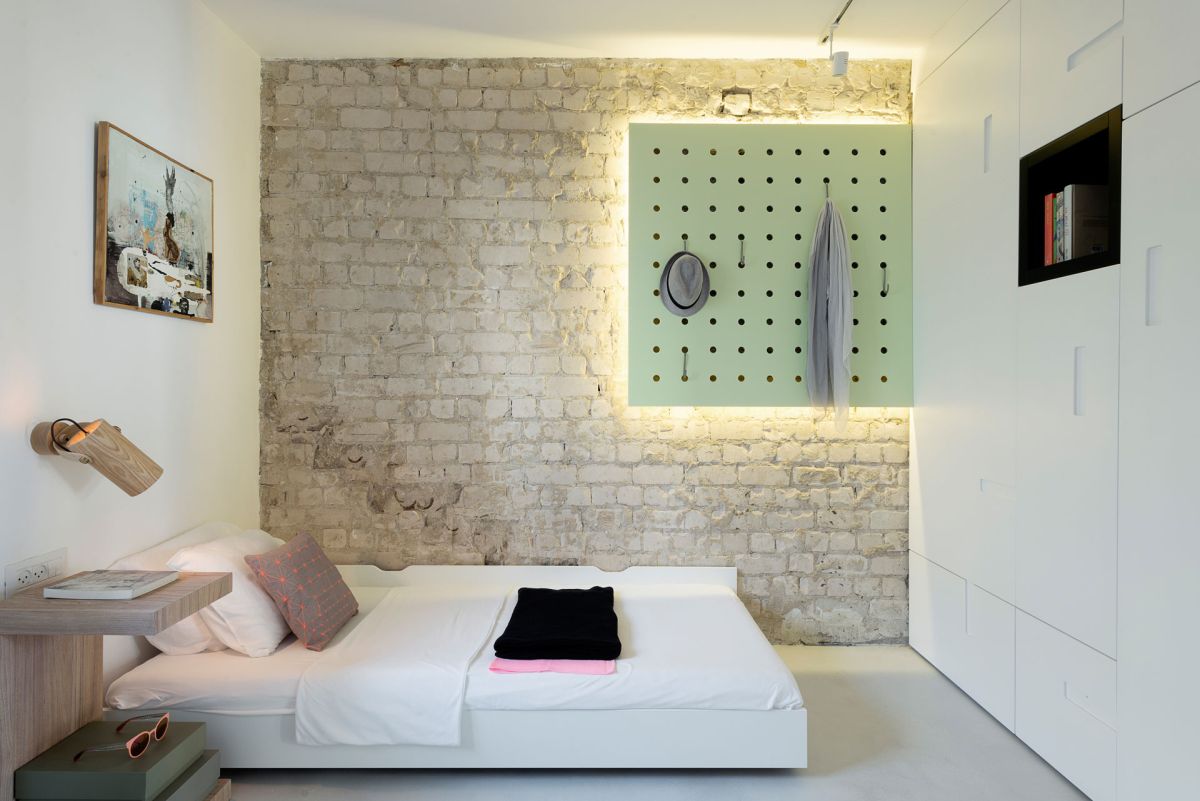 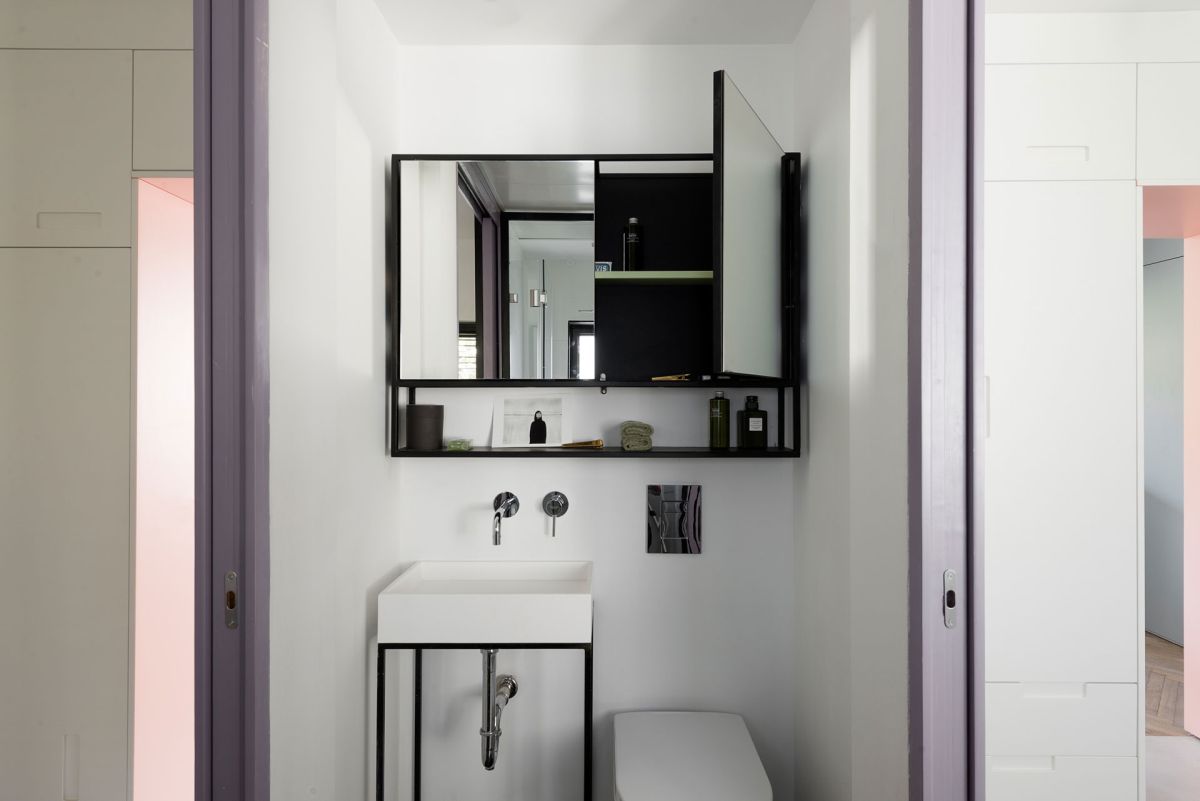 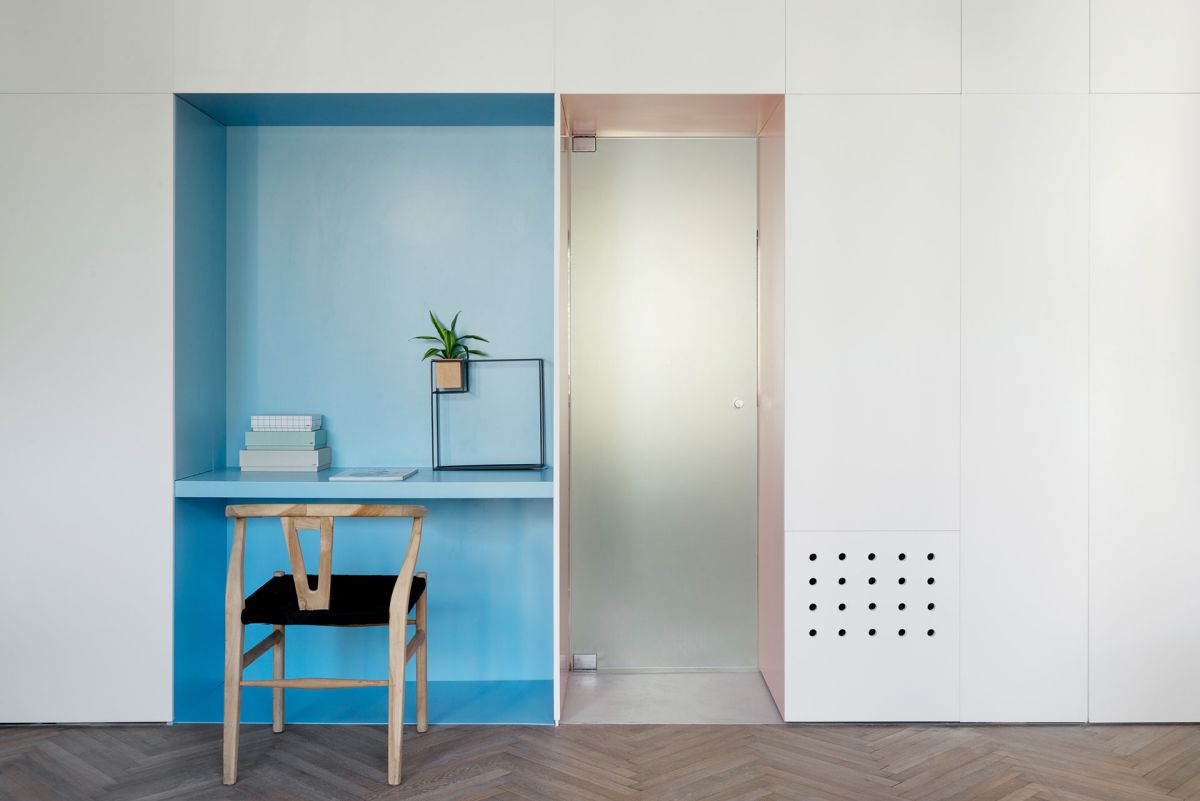 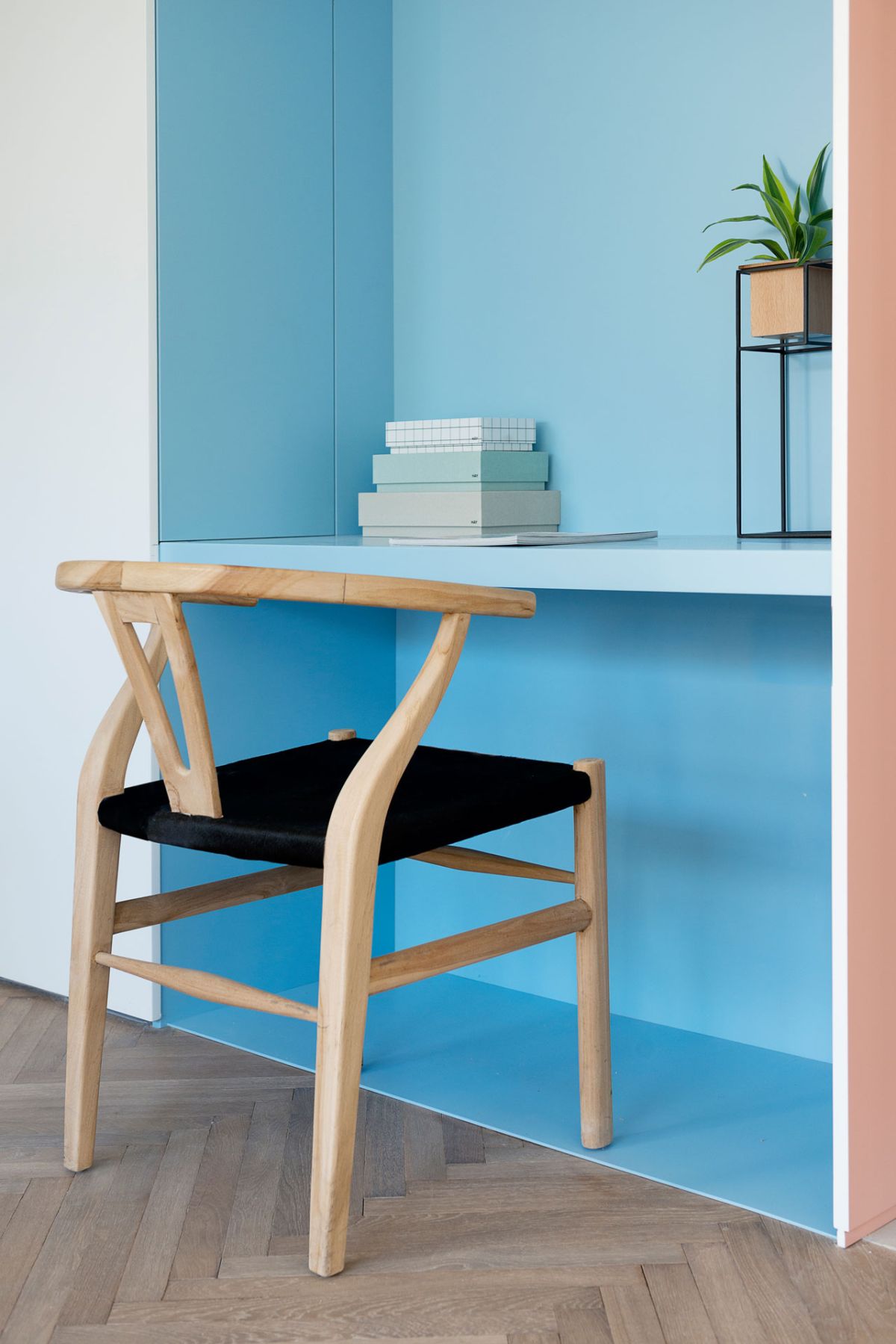 The building in which this apartment is located is 60 years old and, despite that, old is definitely not the defining characteristic of this space. In 2014 the apartment underwent a complete renovation and this meant a total redesign of its interior.

The apartment measures only 55 square meters (180 sq ft) and this meant that the team at Maayan Zusman Interior Design, the one that took on the project, had to find suitable solutions for it. The firm’s projects are generally defined by the team’s great planning skills, budget awareness and original design approach.

The remodel transformed this space into a modern two-bedroom apartment with a balcony that overlooks the lush green surroundings, a rather rare sight. The central location, however, didn’t necessarily play a role in the whole redesign project.

The apartment’s new design is a beautiful mixture of old and new, combining elements such as reclaimed chairs and brand new custom made furniture. The colors and materials form a balanced blend, including shades of gray, peach, blue and purple with wood, metal and cement.

Despite the variety of colors, materials and textured used throughout, the apartment’s interior is based on smooth connections, creating a wholesome look and maintaining cohesion.

The original layout was typical for old Israeli apartments, featuring small spaces, a closed kitchen and a closed balcony. One of the challenges that the designers had to deal with was finding a way to segment the space while also making it feel open and airy.

The solution the team found was to divide the different areas using furniture rather than walls. This decision allowed them to save space but to also offer the apartment a look that’s different from that of most other homes in the area.

Almost everything here is custom made by the designers at Maayen Zusman. This includes the living room tables, the shelves, the master bed, drawers as well as the multifunctional kitchen island with seating.

The new layout now features two bedrooms separated by a bathroom. There are no walls or hallways. Sliding doors were used in between these spaces and everything was carefully planned. The designers also decided to open up the balcony in order to emphasize the views.

In fact, the entire interior is open and bright. This was achieved through a series of well-planned solutions. They include elements such as the custom-designed furniture, more specifically the cabinetry that divides the distinct areas. The kitchen and the living area are also open, sharing the same floor space.

Gray kitchen cabinets set this area apart, allowing it to contrast with the living area is a subtle and chic way. At the same time, the kitchen cabinetry coordinates with the gray living room couch. A pair of two nesting coffee tables add a touch of color together with a series of framed wall art.

The two bedrooms are small and each has its own character. One is minimalist, mostly decorated with black and white and small hints of color in the form of a light blue nightstand and colorful wall art. The second bedroom feels very warm and cozy thanks to the exposed brick feature wall and accent lighting. The wall-mounted hanger was custom designed.

Simplicity also defines the bathroom. Mirrored cabinet doors add depth, making the space feel brighter and larger. Everything else is kept as simple as possible and only the basic elements are included.

The workspace is very interesting, being built into a sort of niche. It stands out as an individual area thanks to the designers’ choice of color. Once again, minimalism takes over, featuring only a shelf desk and a classic chair.