Love Homedit? Follow us
By Emily Medlock | Published on Jan 18, 2021
of 7
Townhouse Design - Via Abelow Sherman Architects LLC
townhouse apartment green and brick - Via InFocus Designs
tall apartments with stairwell - Via Pinnacle Architecture
one room apartment nice suite - Via Jennifer Giersbrook
condo with father and daugher outside - Via Vladimir Radutny Architecture
small micro apartment grety - Via Vertebrae Architecture
apartment penthouse in city - Via Studio DuBois
What Is Rent Control And Does It Still Exist?
Buy Now 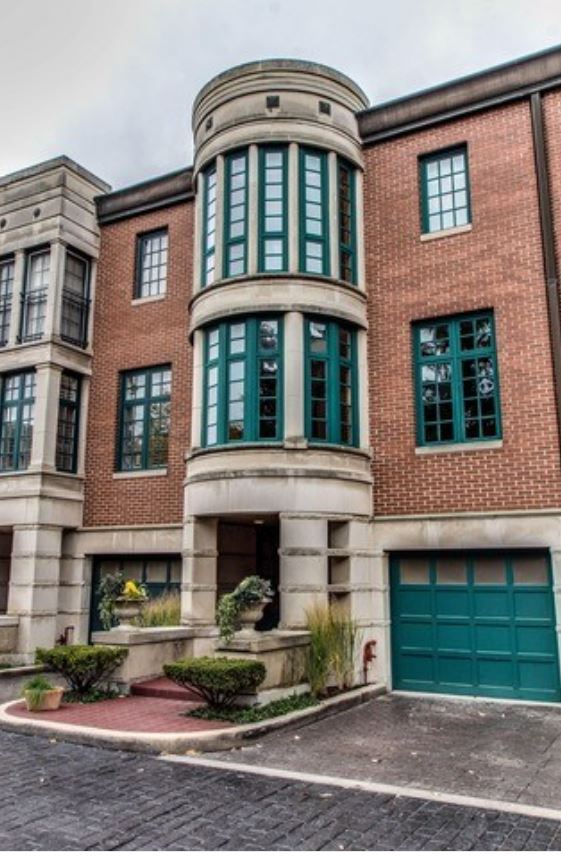 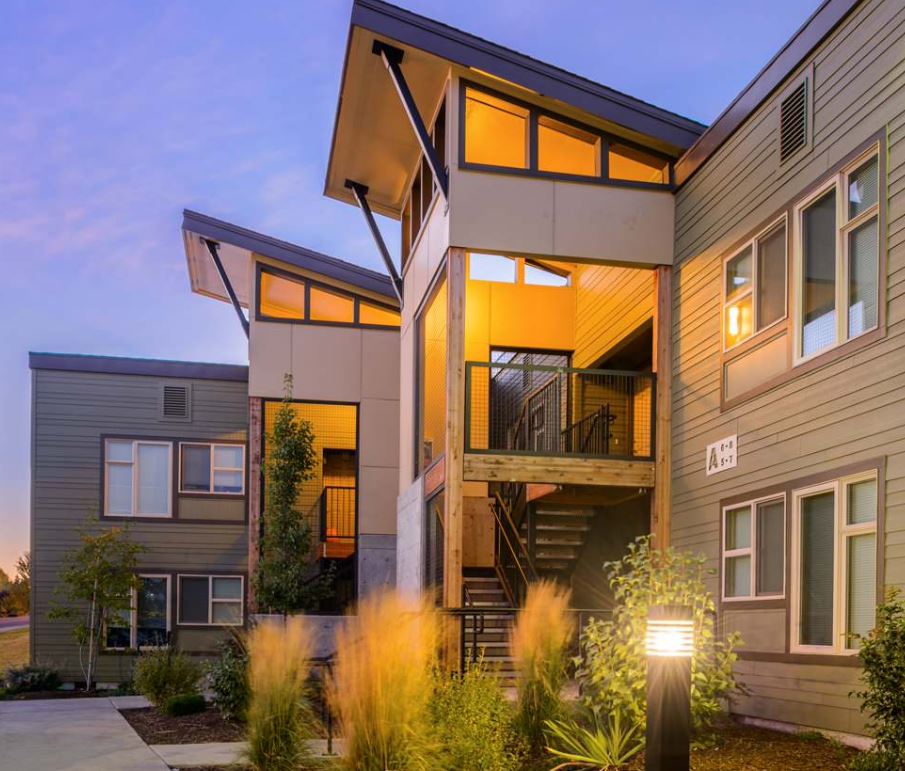 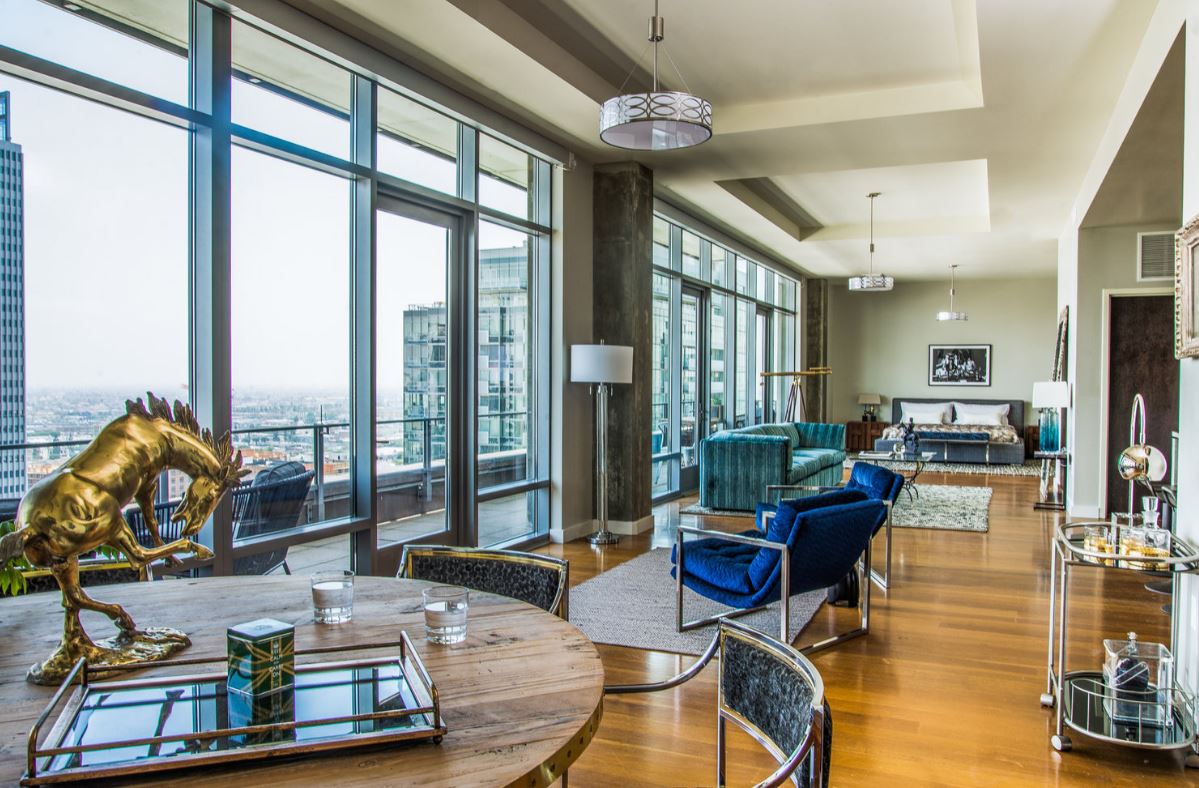 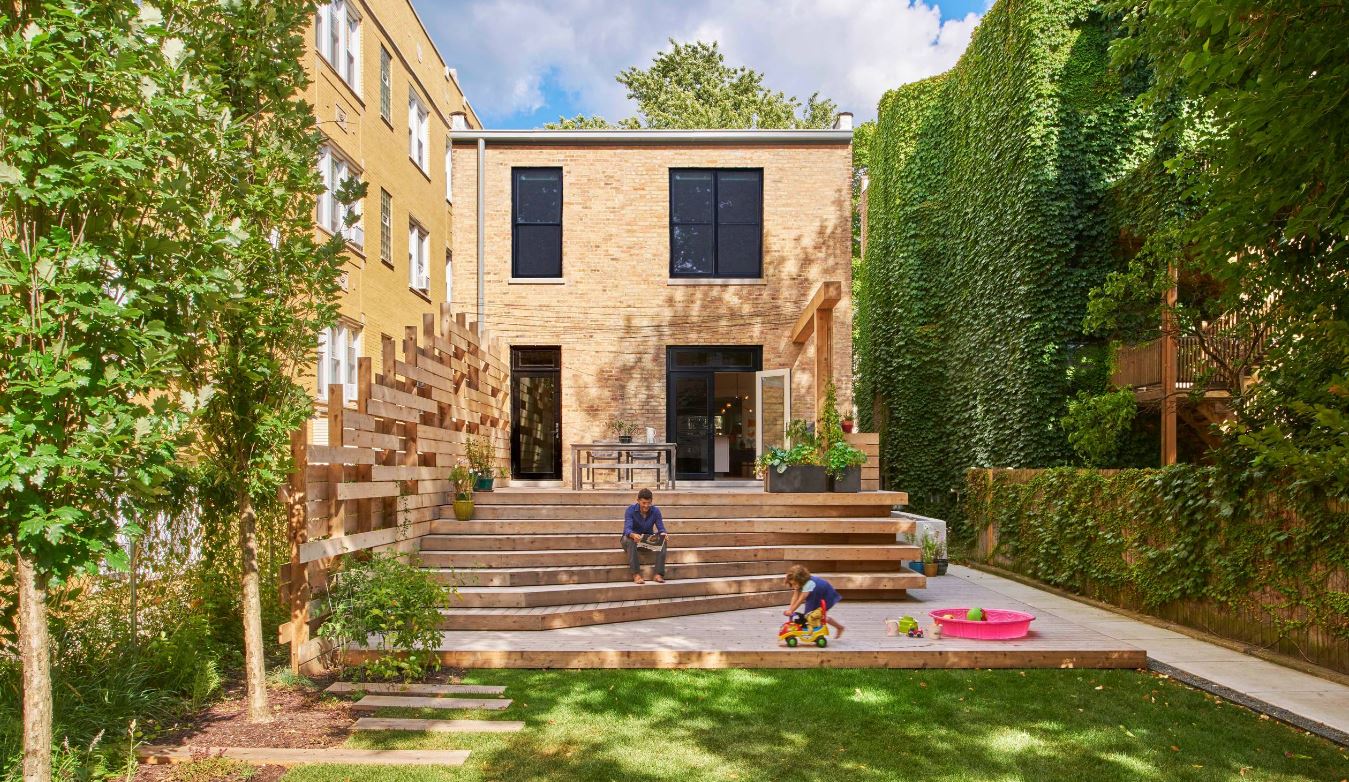 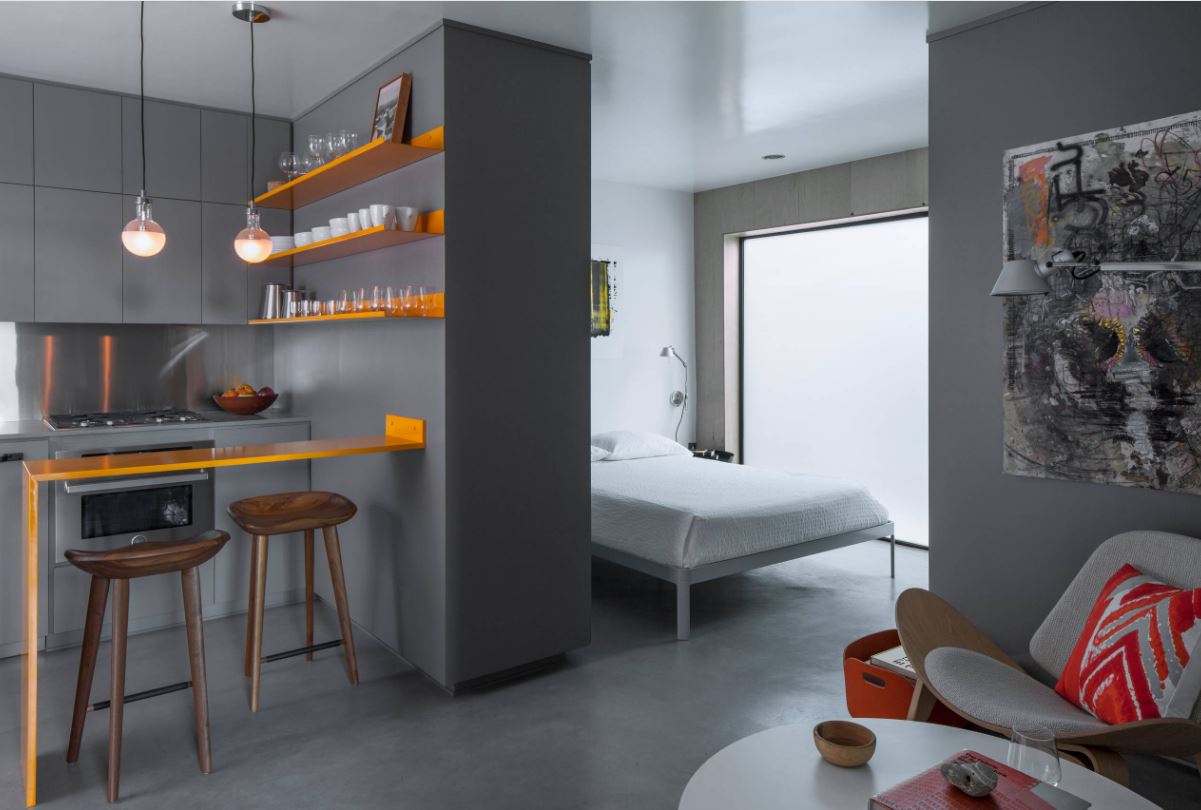 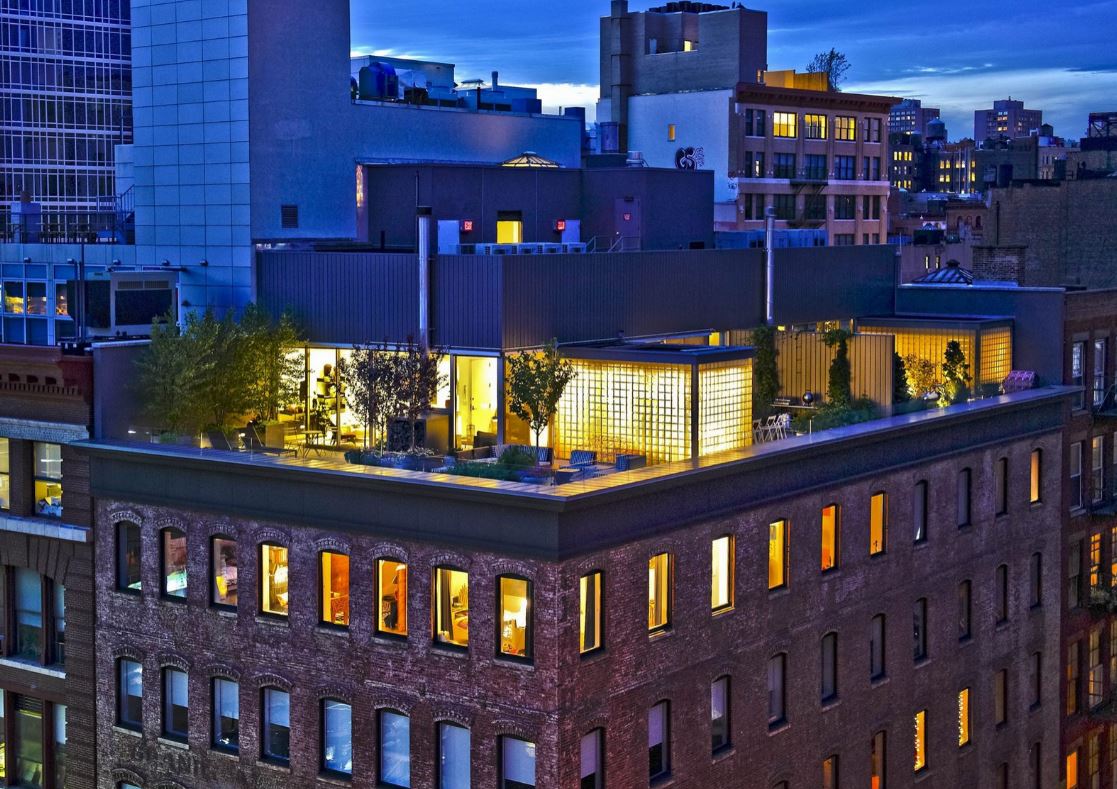 Over 30 percent of Americans pay monthly for a place  to live. In major cities, that figure is up 80 percent. What is rent control, and does it still exist?

It’s important to stay updated with rent trends. Since the pandemic, new rent laws and regulations emerged.  You may have heard of rent control from old TV shows. Although it’s not as popular, it exists today.

Let’s look at what rent control is and how it is affecting renters and property owners in the US.

What Is Rent Control?

Rent control is a government program that caps the amount of money landlords can charge tenants to rent their properties. The idea behind the government measure was to provide affordable housing.

In 1988, Congress passed the US Housing Act. The bill prevented state governments from enacting rent control policies. In 2019, Oregon became the first US state to enact a statewide rent control law.

Rent control affects tenants and landlords. Those who live next to rent controlled homes and apartments are affected. Local and state economies also feel the impact.

Today, those fighting against rent control are winning.

Thirty-seven states have laws against landlords from enacting rent control. There are only four states and areas that practice rent control today. The states include New York, New Jersey, California, Maryland, and the District of Columbia.

One way is to raise monthly rent at a fixed percentage per lease. However, this practice can backfire as it allows owners to increase rent when possible. Most won’t do this, but it would work for them.

Another way is to follow the market. They have to be within a certain amount of their district standard. It’s harder to gauge, but it’s fair.

These are some of the reasons that rent control is banned in many states and cities. It makes affordable living spaces for those with low income, but it comes with risks.

Where Did Rent Control Come From?

Rent controls started in the 1920s following World War I. During the war, local committees controlled rent rates. Between 1919 and 1924, rent and eviction laws were passed in US cities.

It wasn’t until The Great Depression that rent control laws were passed. Due to the financial crisis, the government responded by restricting the amount of rent tenants had to pay.

In the 70s, new laws, both for and against, were passed. Most rent control laws are from the 70s, meaning that most tenants under rent control are paying what they paid five decades ago.

In 2020, due to COVID-19, the US government passed an eviction-control law preventing forced evictions. This kept those affected by the pandemic from losing their homes.

In California, the new laws will be in effect until February 2021.

Who Does Rent Control Benefit?

Economists will tell you that rent control doesn’t benefit anyone in the long run. Rent control isn’t different than any other debate. There are economists, politicians, and activists arguing for each side. But with these arguments comes one question: what is each side fighting for?

Pros Vs. Cons For Tenants

Should tenants or landlords have more benefits? Some argue tenants because there are more of them, and they represent the greater good. They represent America and the lower-middle-class.

This is the best thing about rent control. Tenants don’t have to worry about annual rent spikes. They know that each month will be the same. Rent control was implemented for this reason.

Con: If The Landlord Loses, You Lose Too

Although it seems great for you, the landlord may struggle with rent control. If they can’t keep up, they may lose the place. Most likely when this happens, tenants will see a ripple effect that won’t benefit them.

Not only will you know that your rent won’t increase next month, but you also know that in ten years, you’ll still be able to afford your current home. This makes it easier to raise children in your home, knowing they will be able to stay.

Con: The Neighborhood May Change

If there is rent control in your area, you may notice the neighborhood will change. There are people that prefer rent-controlled areas, and this is forever changing.

Stability is important. Knowing that even if you never receive a raise at work or find a better job, you can afford your home, is a relief.

Rent control policies prevent new construction.  If you’re looking for an upgrade, it won’t happen. Even if the laws change, the neighborhood has already set the pace.

Pro: Won’t Be Forced To Move

Evictions happen when tenants can’t pay rent. This is a horrible thing that no one, even the landlord, wants to happen. But this isn’t something that happens in rent-controlled apartments.

Because the landlord isn’t getting as big of a turnout as he normally would, he can’t keep up with the maintenance like other landlords. So you may notice that the apartment is staying in the past instead of moving forward.

Pros Vs. Cons For Landlords

Should landlords receive more benefits? They own the complexes they are managing and should make the rules. Many argue this case and believe they should have the same rights as other business owners.

This is the most important pro for landlords in rent-controlled apartments. They will appeal to renters and tenants who are looking for something they can afford. Try keeping prices for new tenants close to that of old tenants.

Your tenants earn more when the economy improves. But as a landlord, you won’t. This is because, in a rent-controlled apartment, you can’t increase the rent as the cost of living increases.

You may not just keep one tenant for decades, but their heirs for decades more. People don’t move out of rent-controlled apartments very often. Most of your tenants will probably be elderly people that have been there since the 1970s.

Because the cost of living in the area is cheaper, companies won’t put in new stores and buildings as they fear the people won’t be able to afford them. This affects landlords who want a nicer setting.

As new stores aren’t built, apartments are neglected. If someone works nearby, and you’re the only option, that’s where they will rent. So you will either have a full house or no one at all.

Can You Rent A Rent-Controlled Apartment Or House?

For renters, it’s impossible to find a rent-controlled apartment. Rent control affects tenants who already live in apartment, for example.

Some rent-controlled areas only affect those who have been living in the house or apartment since the 70s. If you inherit a home from a family member, the law may stay intact, but otherwise, it is nearly impossible.

Is Rent Control Good Or Bad?

Most will agree it doesn’t work in the US. Why is rent different from anything else? When there is a crisis, like the pandemic, there will be different rules. The unemployment rate drops, people can’t pay their bills, and the priority is to keep people fed, housed, and safe.

Rent control won’t return. It will be a distant memory, and a way that people in the early 2000s got away with paying $30 a month for 50 years.

Which cities in California have rent control?

How Can You Tell If Your Home Has Rent Control?

Rent control does not apply to single-family homes. Apartments, condos, mobile homes, and duplexes can have rent control protection.

What Is Key Money?

Some landlords will make a new tenant pay key money. It’s an undocumented fee that an owner is free to charge a tenant before they their move-in date.

Today’s market economy makes rent control almost impossible. It benefits a small few and impacts many. When people spend less on rent, they have more to spend on other things which drives local economies. However, homes and properties will suffer from neglect.

Rent control affects property taxes, which takes money away from the government. As each US city is different, there isn’t a nationwide solution.