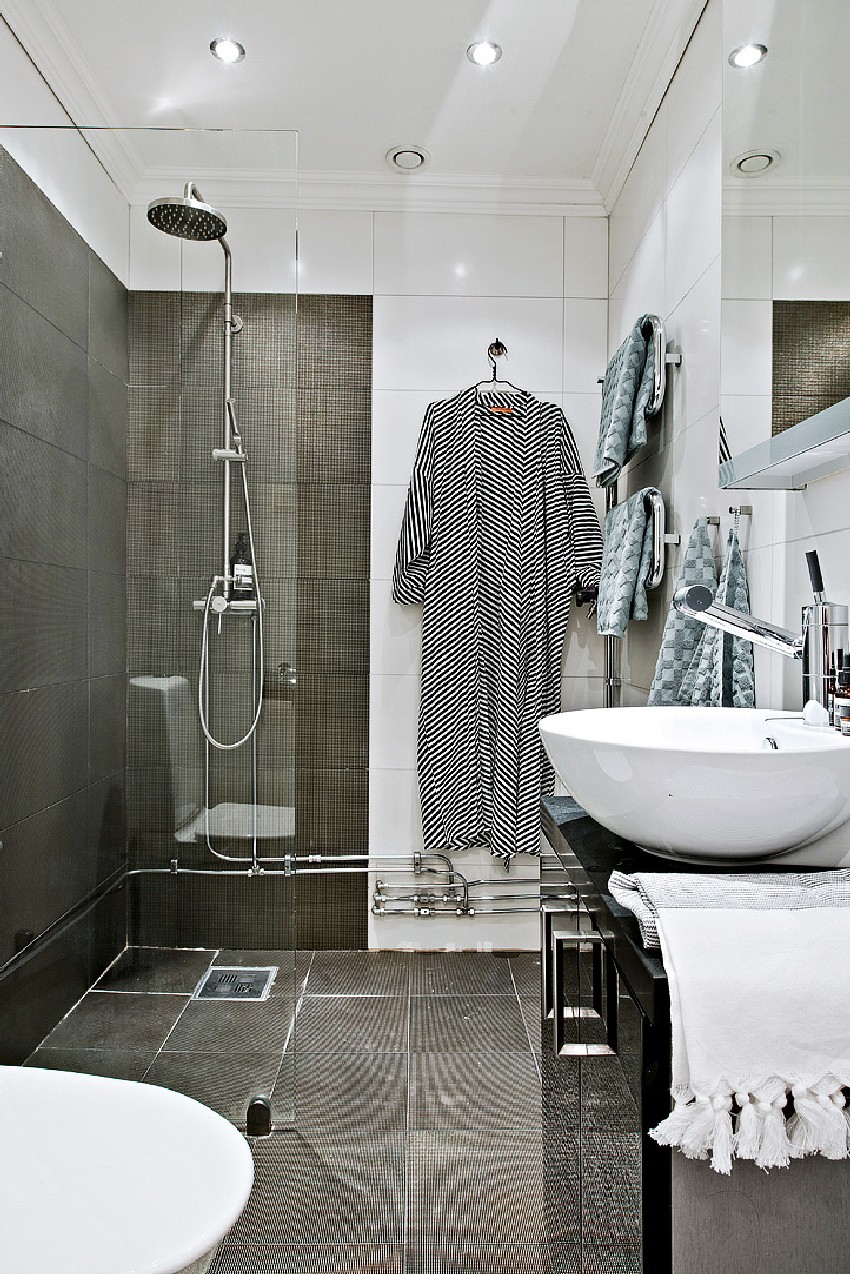 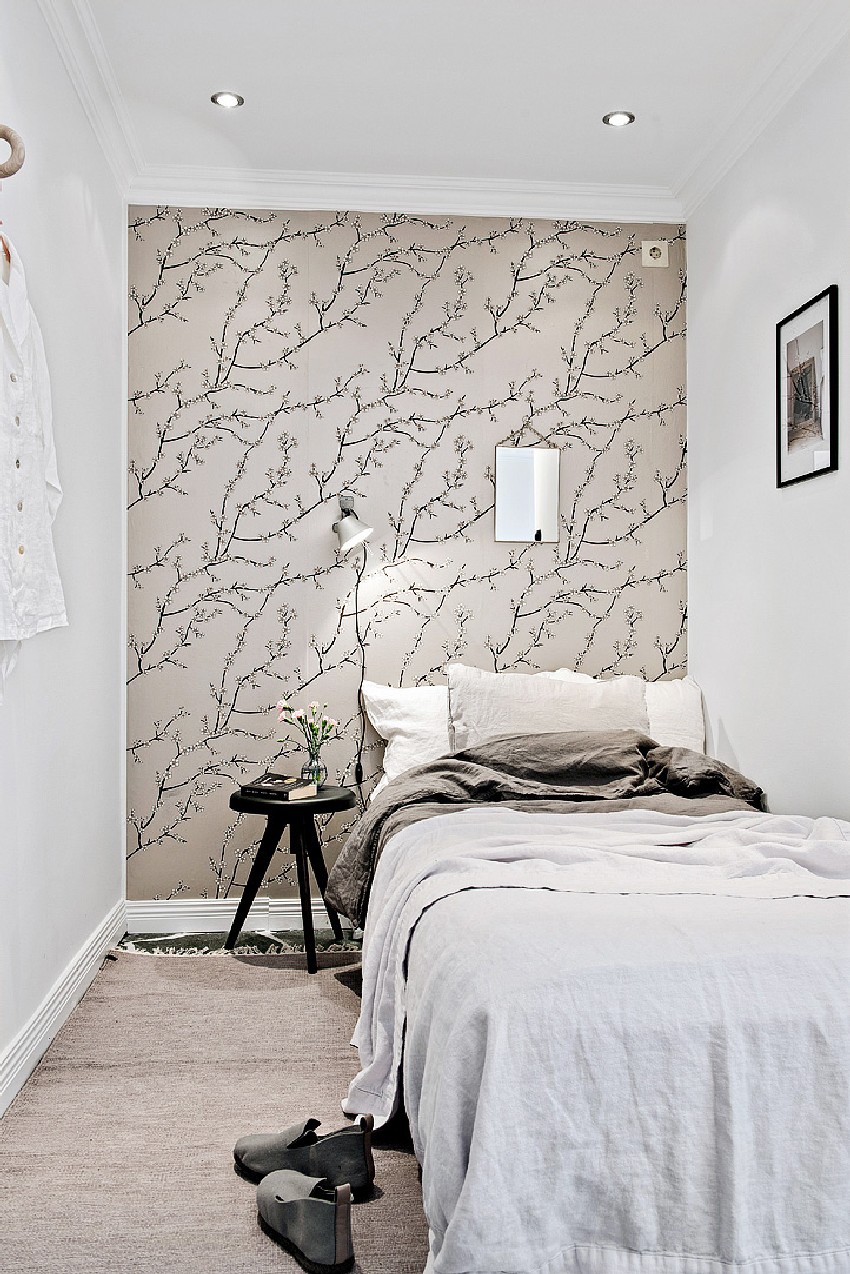 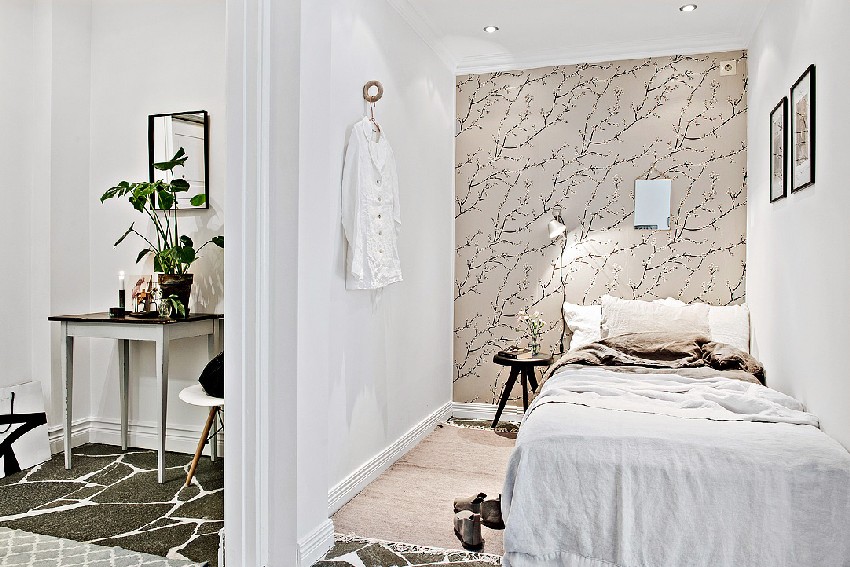 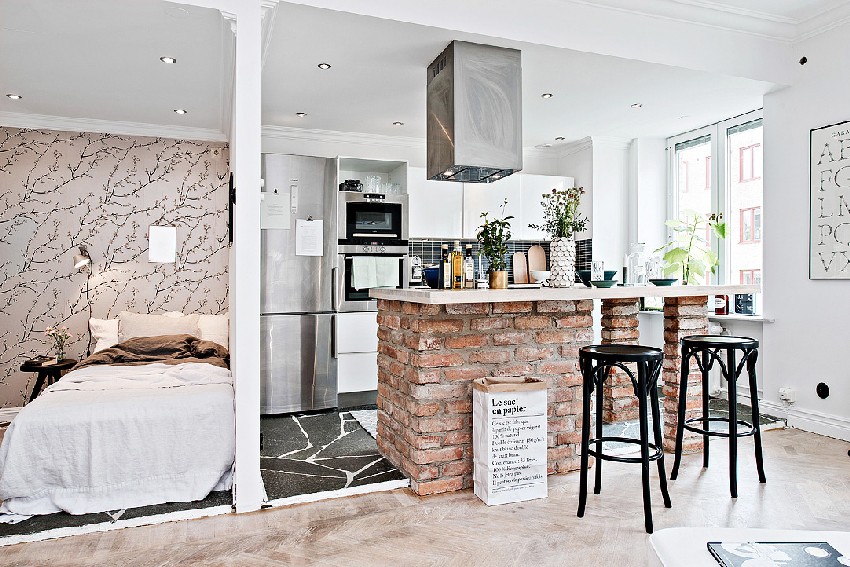 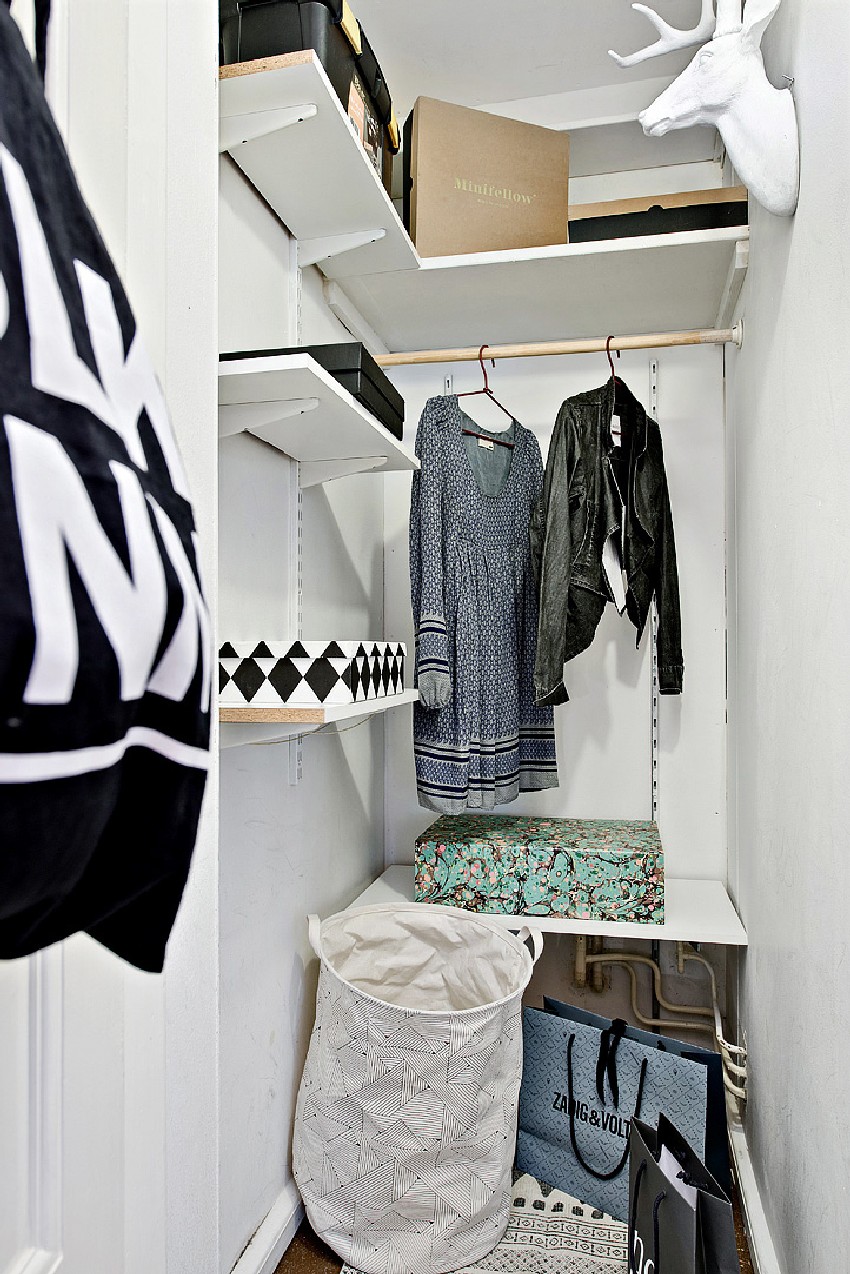 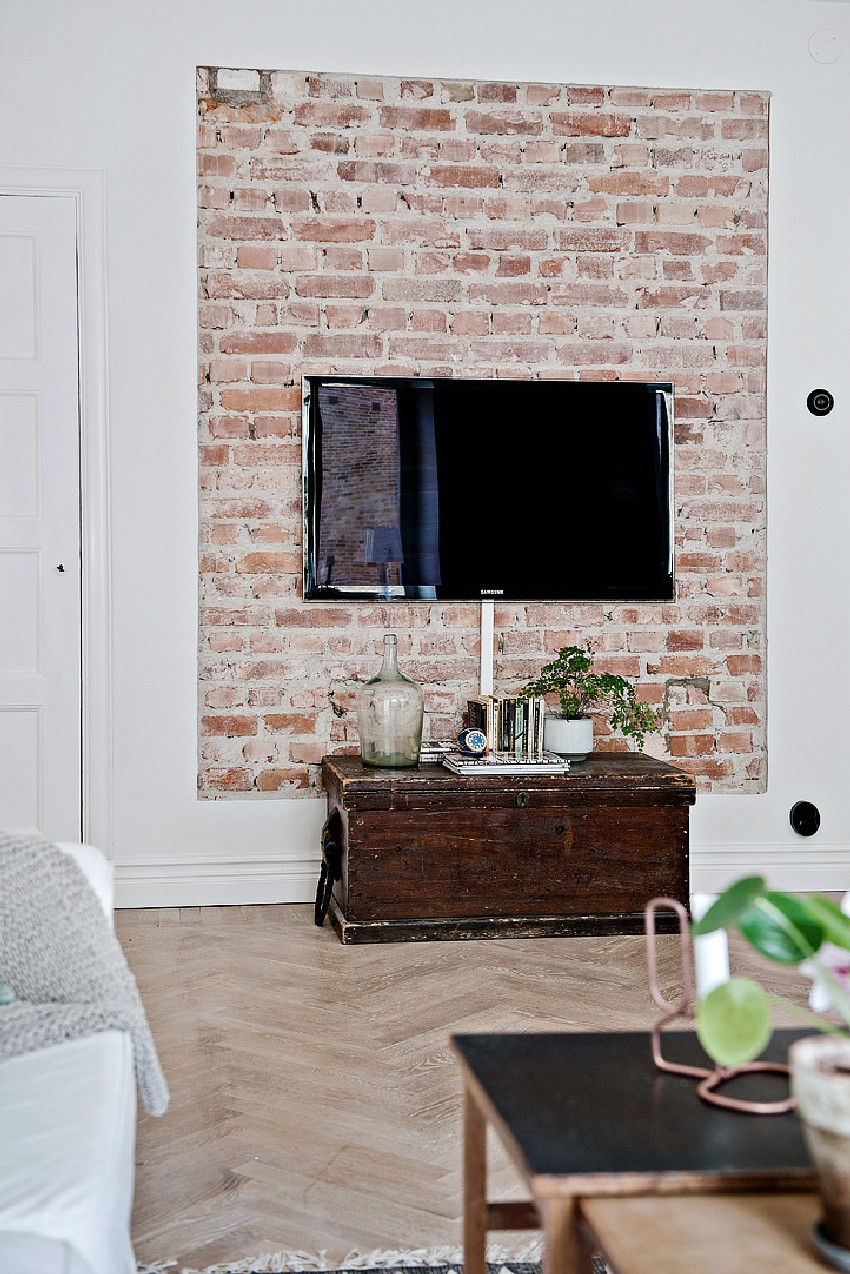 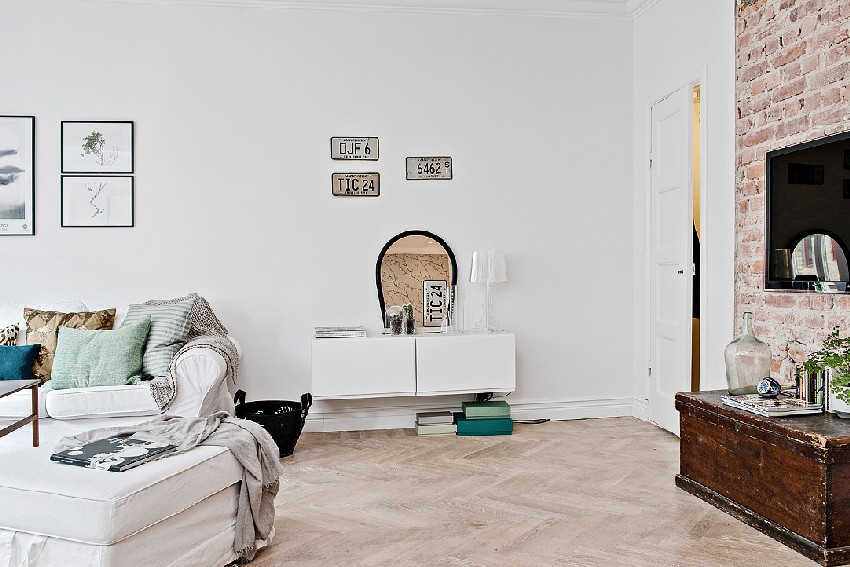 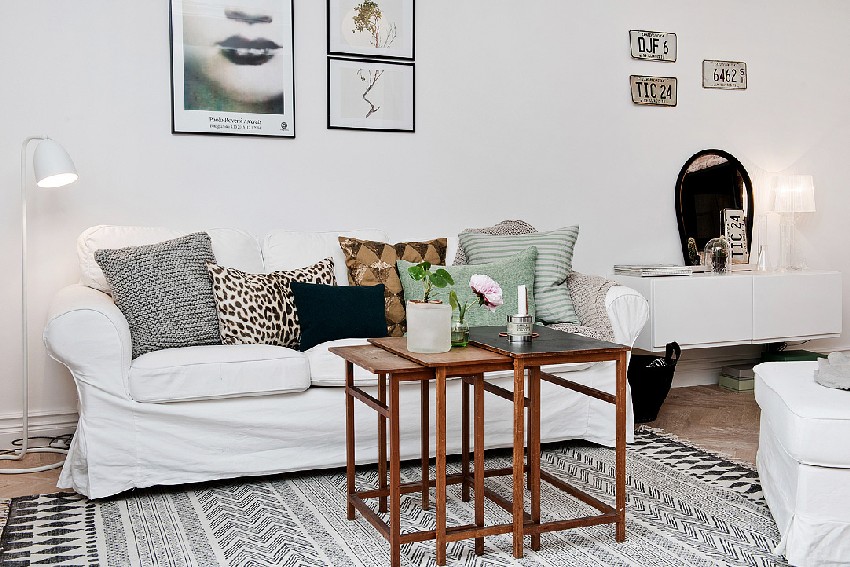 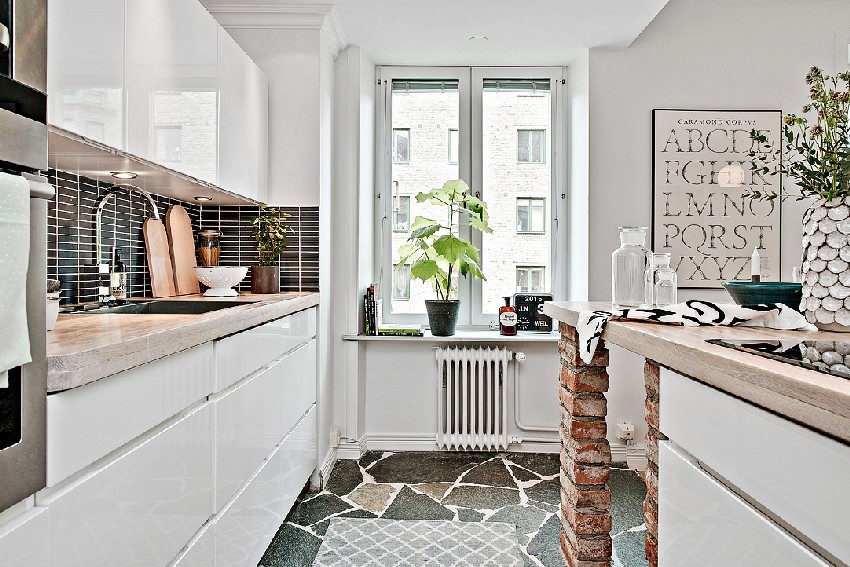 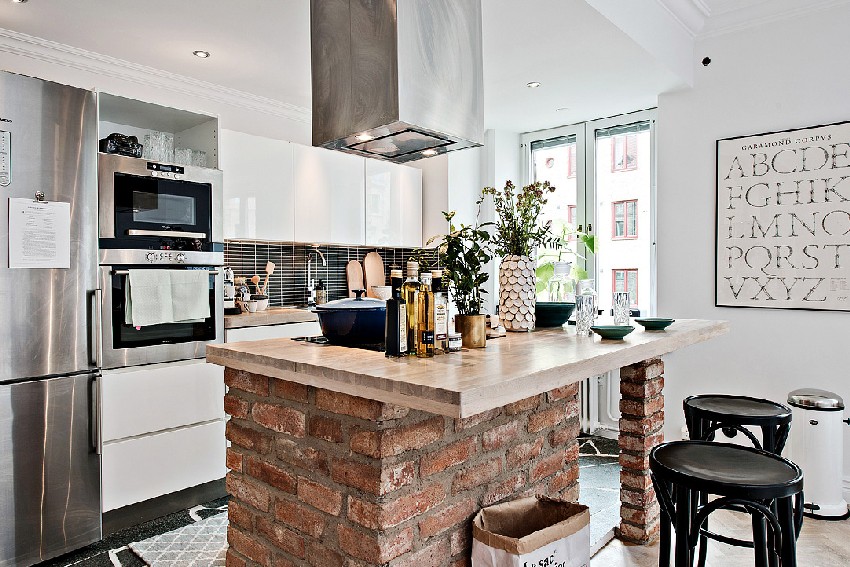 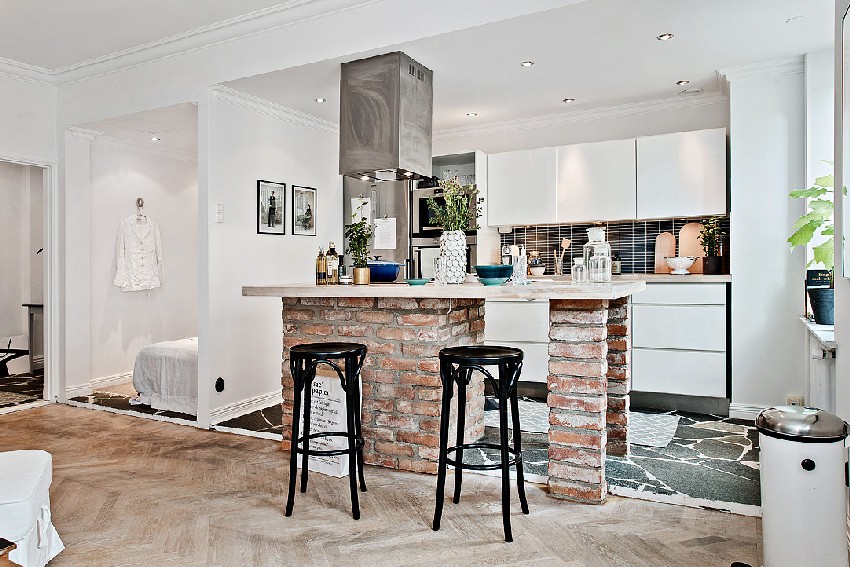 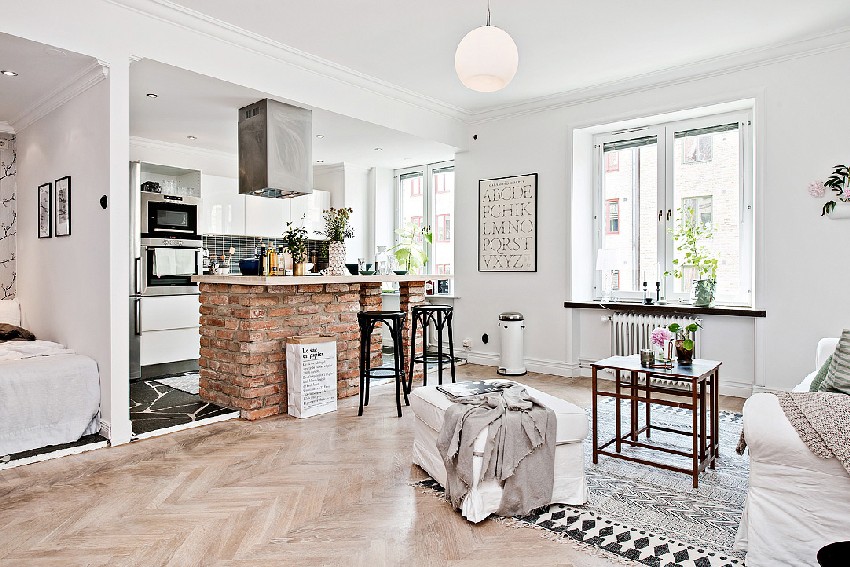 This inviting one-room apartment is the perfect illustration of how the right design and inspiration can influence a space for the better. In this case, a few elements of Scandinavian design were enough to tip the balance and to allow the small space to appear larger and to offer plenty of freedom.

The apartment is situated in a central area of Gothenburg and, although it’s a one-room type of home, it doesn’t let the lack of space influence its beautiful and welcoming interior décor. The main elements contributing to such a positive result include the existence of an open floor plan and a bright color scheme.

In 2008, the apartment was renovated and, at that point, a few walls were removed and the kitchen and the bathroom were updated. The brick kitchen island was added then as well. From there, the interior design evolved into the Scandinavian-inspired environment it is now.

The living room is the main space. It has large windows that let in natural light and gray-white walls that emphasize the spaciousness of the room. Mirrors also have a similar effect on the décor. In addition to the brick kitchen island, the apartment also features exposed brick accents in the social area, on the wall behind the TV.

A small sofa and a set of three nesting tables form the seating area. A chic vanity with mirror completes this portion of the apartment. The oiled oak parquet flooring and the stucco details add a rustic twist to the décor while cast iron elements and exposed brick combined with vintage furniture revive its Scandinavian spirit.

A corner dressing room offers ample storage space while keeping the layout and the overall décor simple and functional.

The sleeping area comes in the form of an alcove. Here, the décor is simple but very inviting. The wallpapered accent wall adds warm touches of beige and brown highlighted by the area rug and the three-legged side table that serves as a nightstand.

Although small, the apartment is highly functional and user-friendly and this can be seen in every corner and every nook. The bathroom is no exception. Not large enough to accommodate a tub, it features an open shower and a color palette that combines white and black with shades of gray.