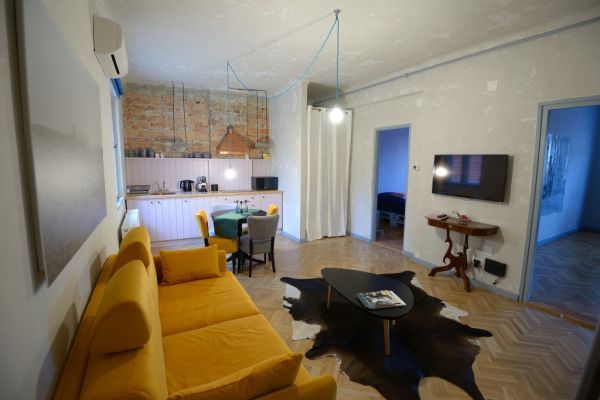 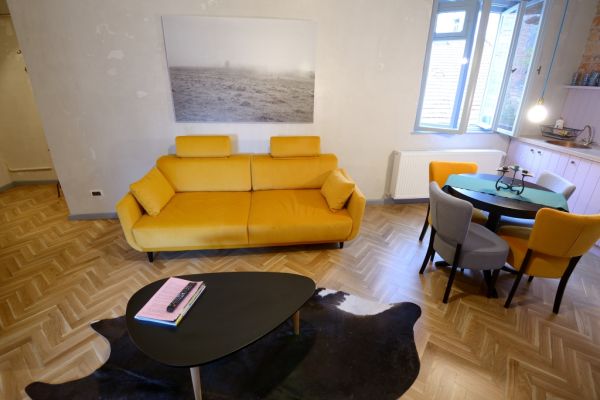 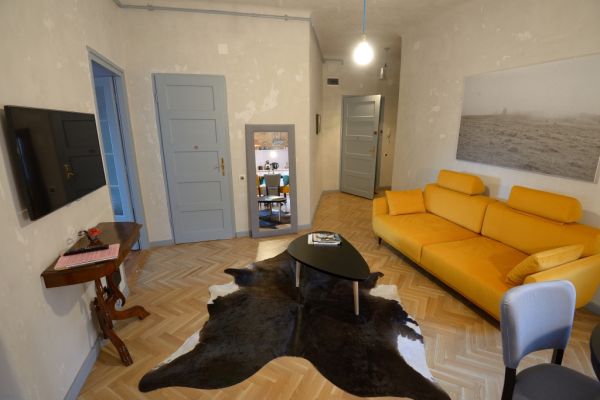 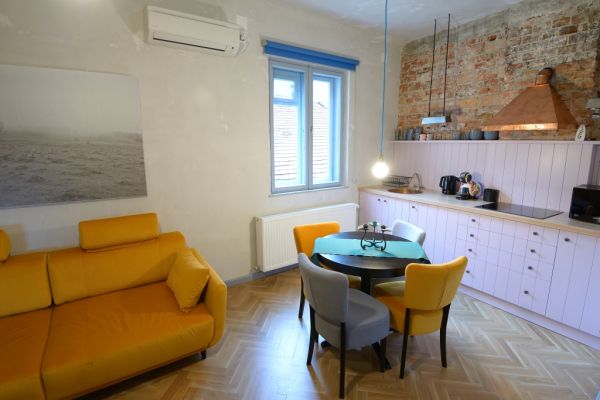 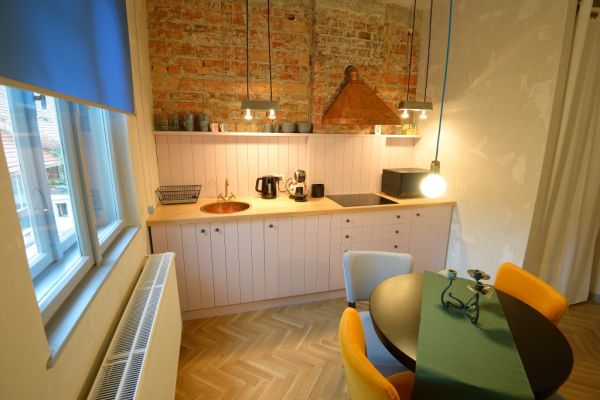 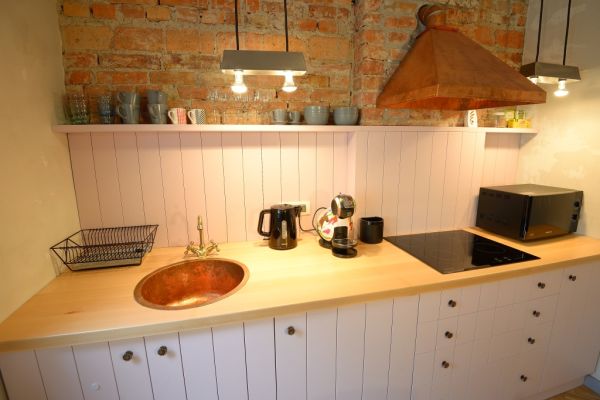 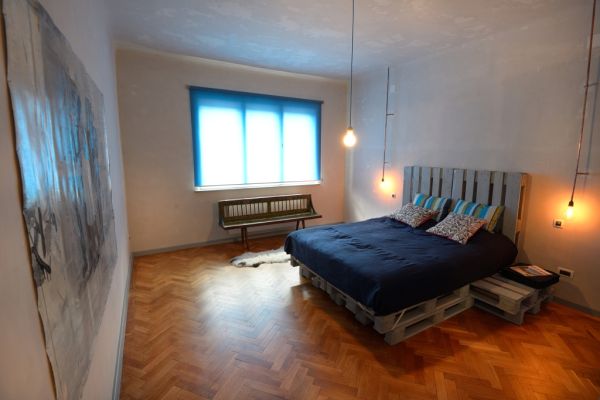 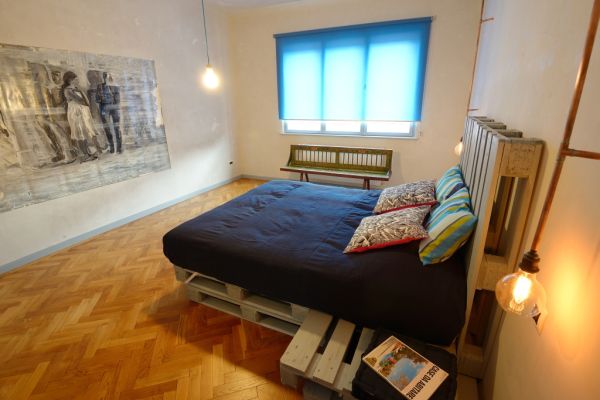 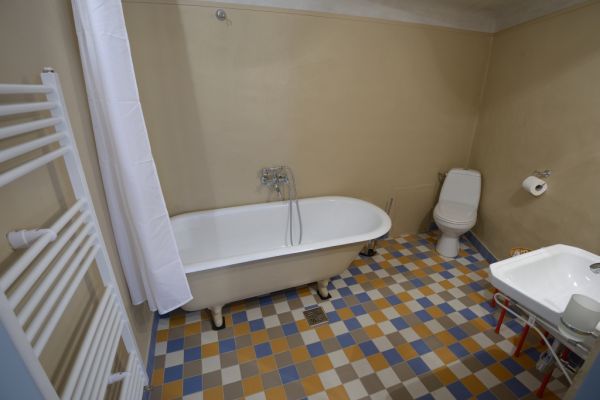 Located in Cluj, Romania, in a building which has been classified as a historic monument, this apartment has been remarkably transformed. It’s a rental place and it has a surface of 75 square meters. It includes a living area with a kitchen, 2 bedrooms and a hallway. The style chosen for the new interior design is eclectic, mostly modern with industrial accents.

The kitchen is fully equipped with everything one could need. The apartment may seem a little simple but it’s very welcoming. Big changes had to be made in order for this space to look like this. Originally, it was not nearly as bright and spacious as it is now.

The kitchen and the living room were two separate spaces and the wall between them has been removed and the two spaces combined. The walls are white throughout and they intentionally look old so they could match the brick wall in the kitchen. 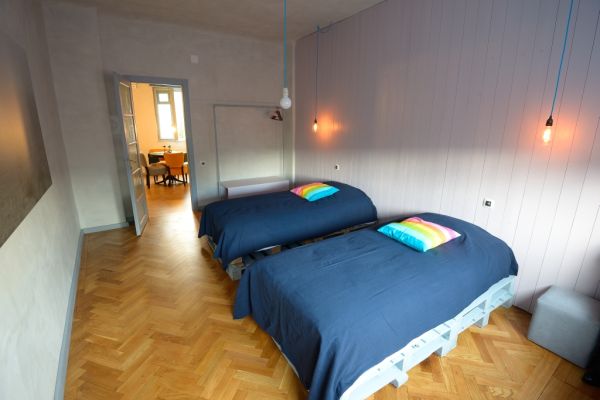 One of the bedrooms has a bed that sits on pallets. This gives it a chic industrial look and also makes it practical and functional. It has built-in nightstands and a headboard that’s also made from wooden pallets. The room is simple throughout. A bench sits close to the windows and minimalist-industrial lighting fixtures can be seen on the walls and hanging from the ceiling.{found on site}.