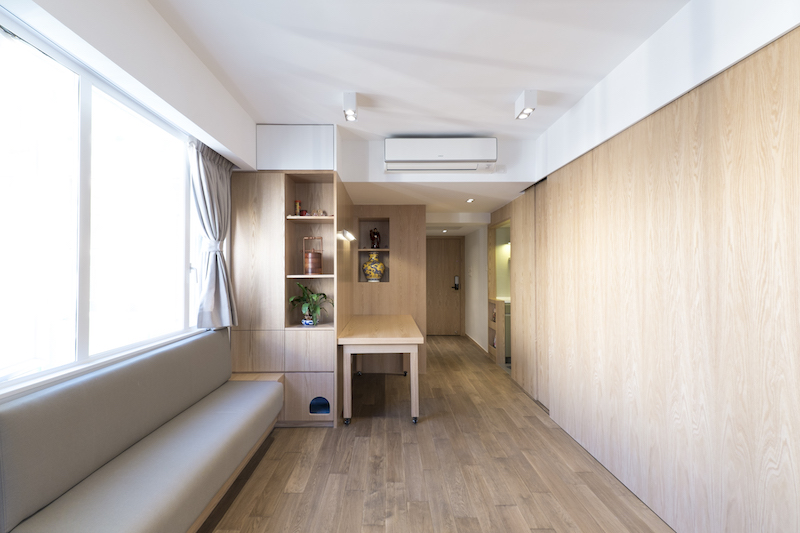 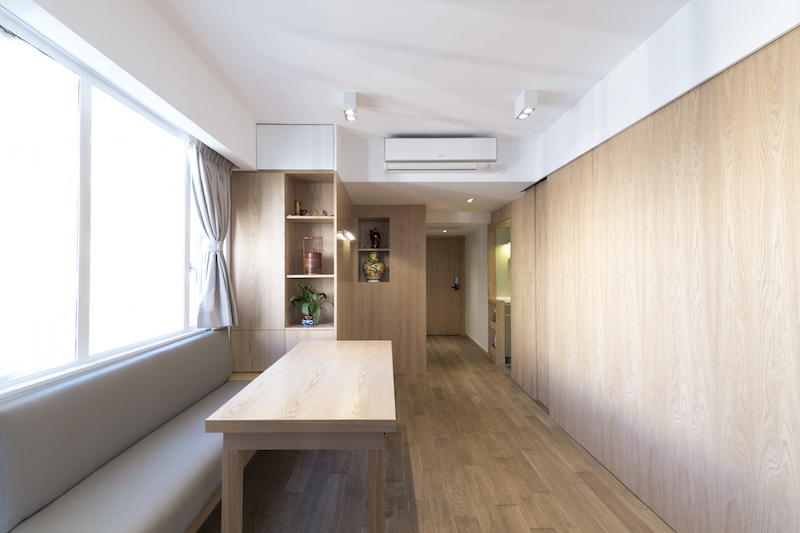 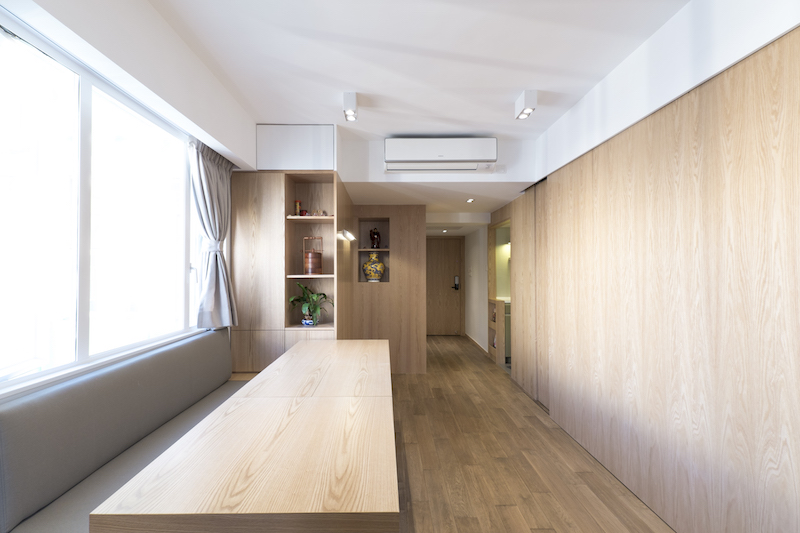 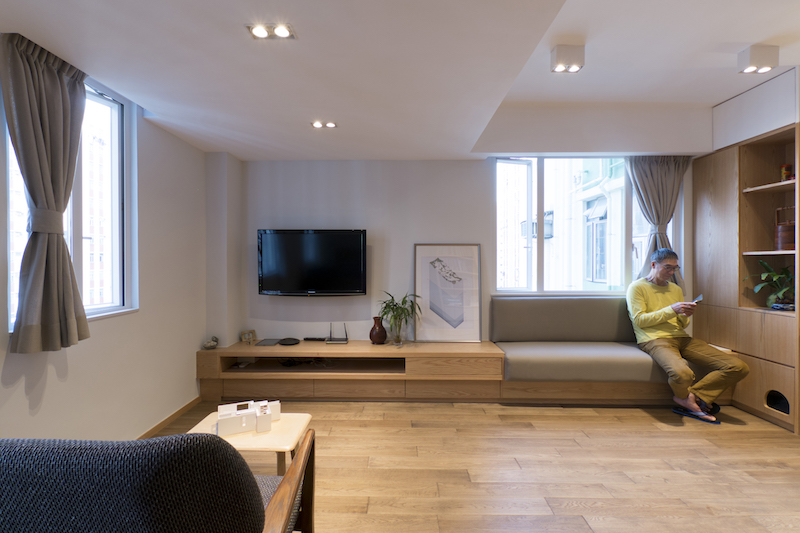 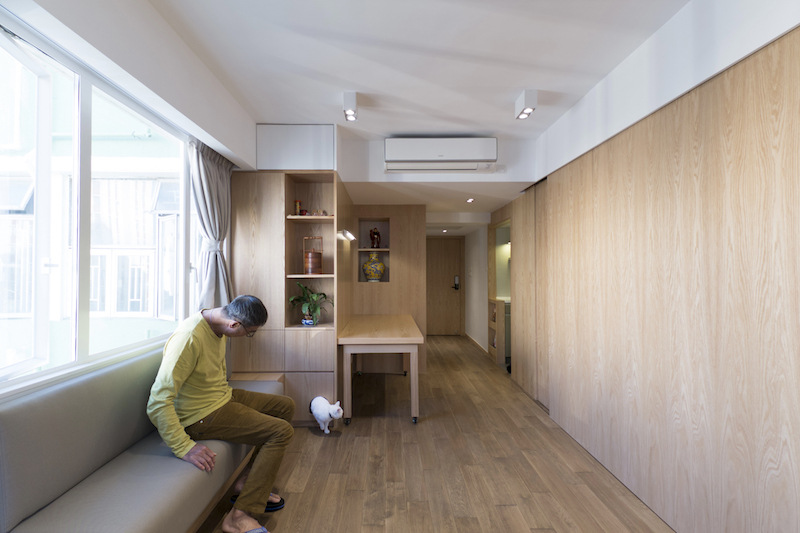 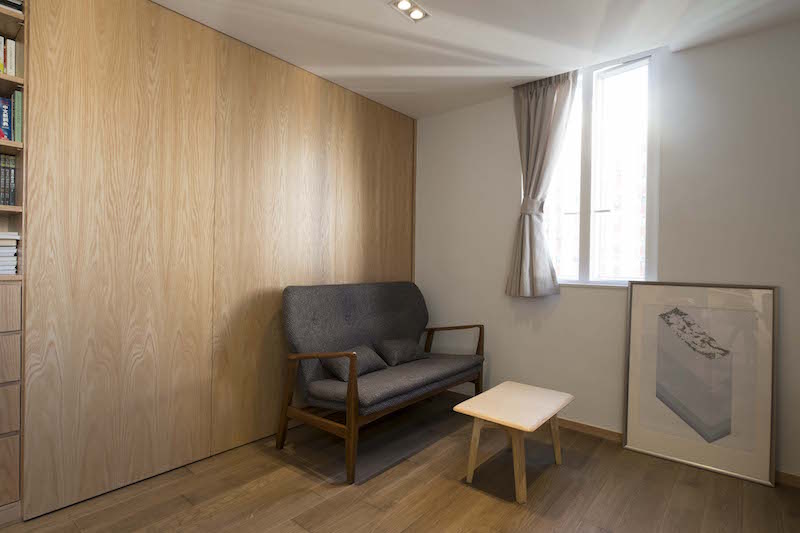 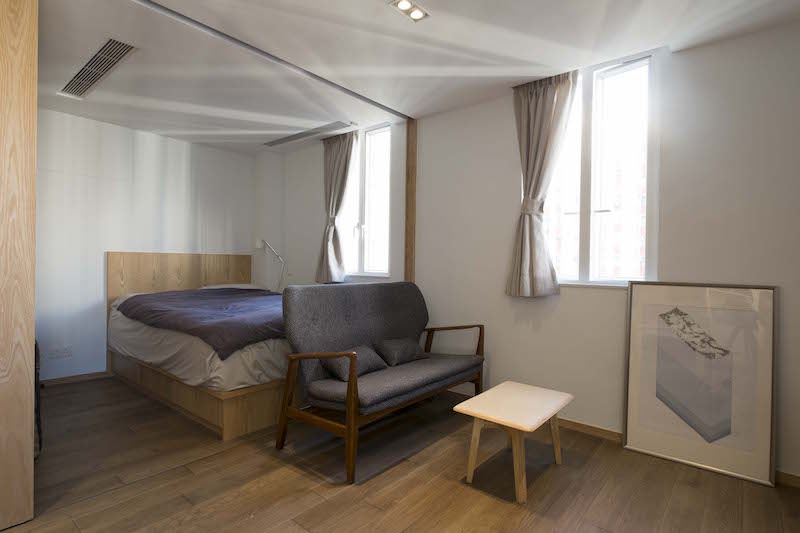 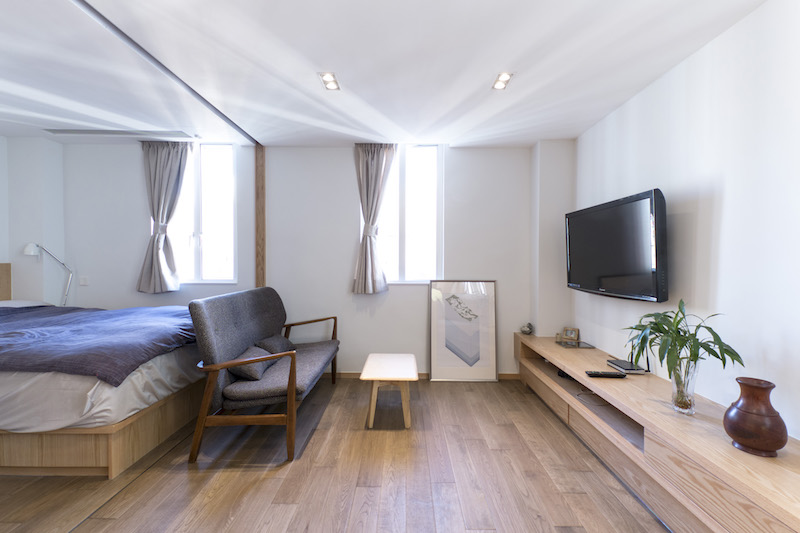 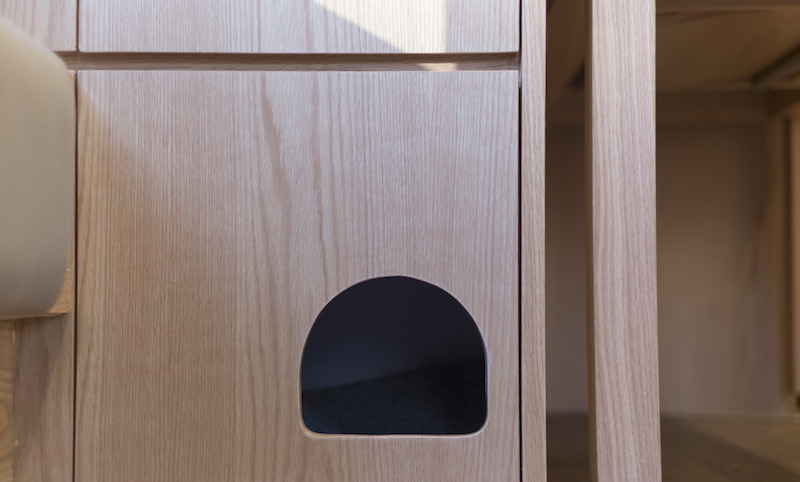 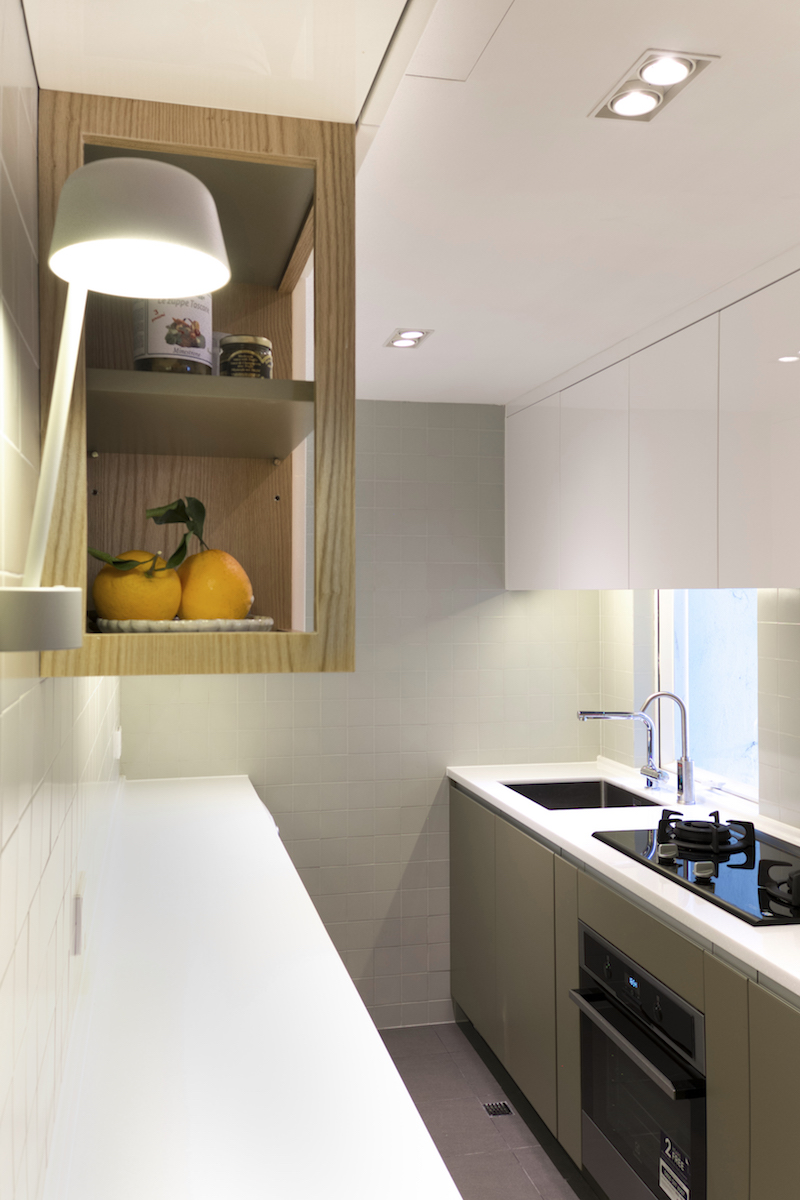 When downsizing became popular a while back in Hong Kong, the houses and apartments started getting smaller and smaller. Soon after that, a micro apartment became a dream home for most people and interior designers and architects became specialized in how to save space and to squeeze as many functions and features in a tiny space. The trend still holds today. Earlier this year (January 2017 to be more exact) the architects from DEFT completed the new interior design of an apartment in Kowloon Bay, Hong Kong.

The micro apartment measures 550 square feet in total which is around 51 square meters. Its original design features two tiny bedrooms and a cramped living room. After removing some of the walls, the new design merges the two bedrooms and the living room into one seamless and open space.

All of the spaces are flexible and can be joined together. At the same time, the apartment doesn’t lack privacy. The sleeping area can be closed off from the rest of the space with a sliding divider. In addition, there are secret storage spaces and features in pretty much every portion of the apartment.

The dining table was custom-designed for this project. It sits on casters and it can be rolled out only when needed. At that point, it rolls in front of the window bench seat. If needed, the table can also expand and it can accommodate up to 10 people. The client wanted this apartment to be a simple, space-efficient, user-friendly and comfortable home for him and his cat and that’s exactly what the designers offered.

The main goal for this project was to make the interior space as large and as fluid as possible, hence the restructuring of the spaces and all the multifunctional furniture designs. Nearly every surface surface storage and space for the client’s large collection of books.

There’s a special little nook in here for the cat. It has a carved out entrance and it looks really cute without stand out. The designers managed to make it blend in really well. A sliding bar was designed for the space opposite to the kitchen. It’s where the coffee machine is stored and also where the owner displays his wine collection and photography equipment. The kitchen itself is pretty small but with plenty of storage and a design that’s really pleasant to the eye.