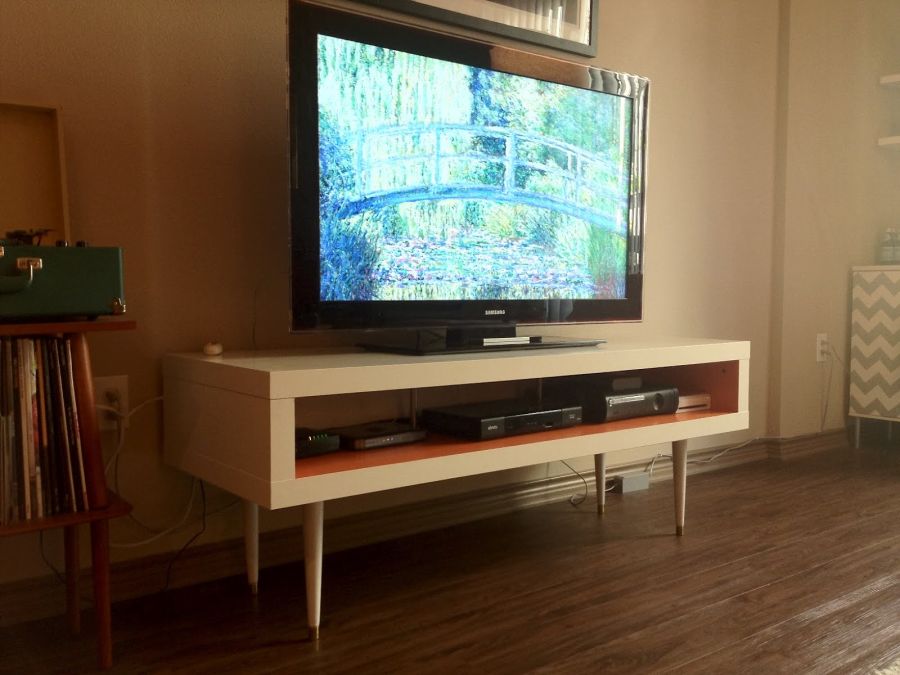 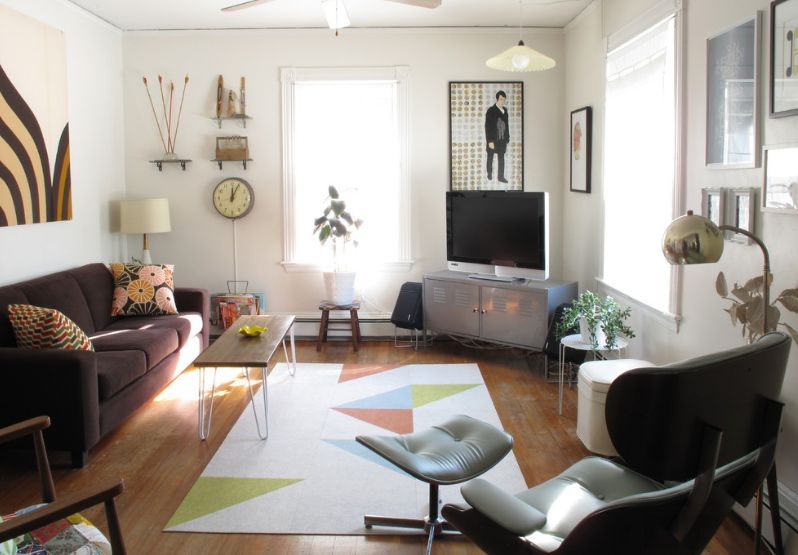 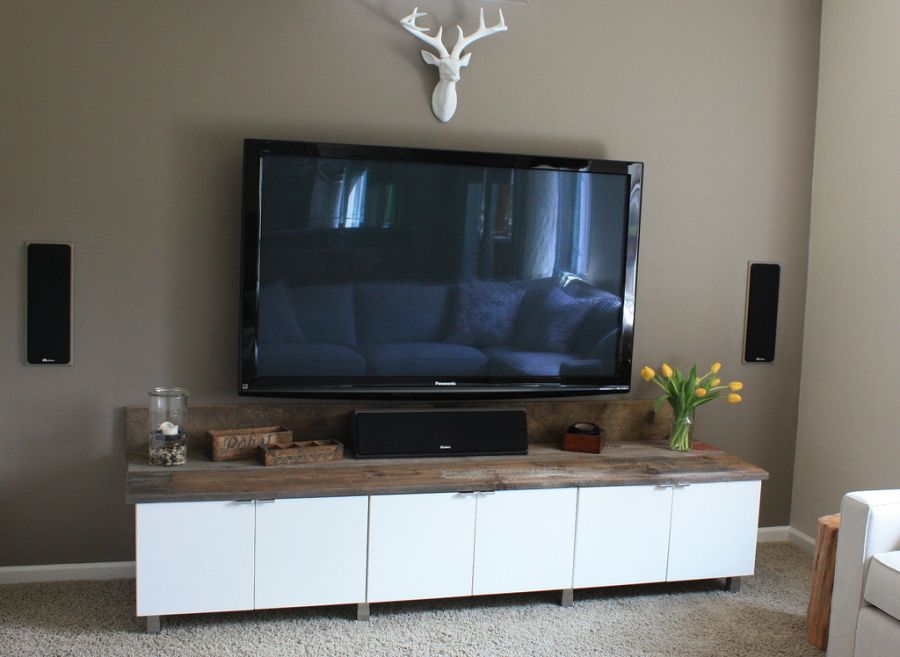 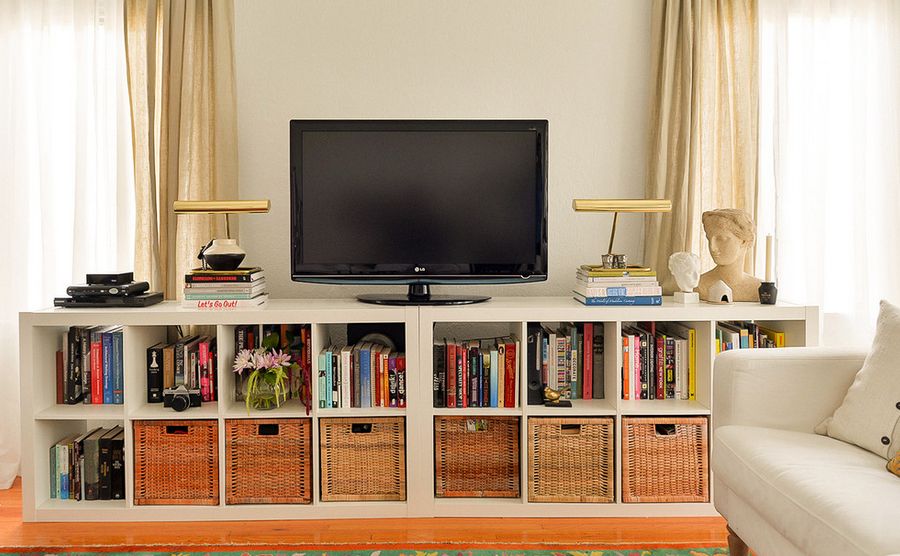 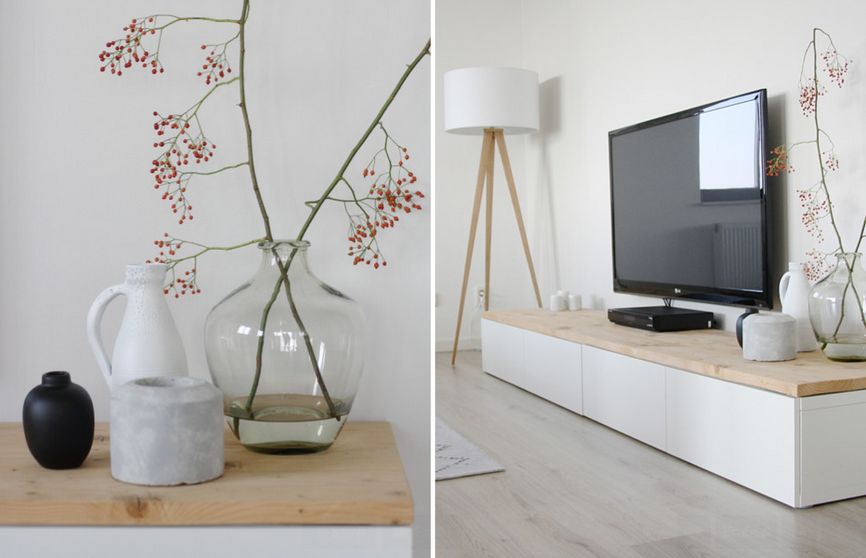 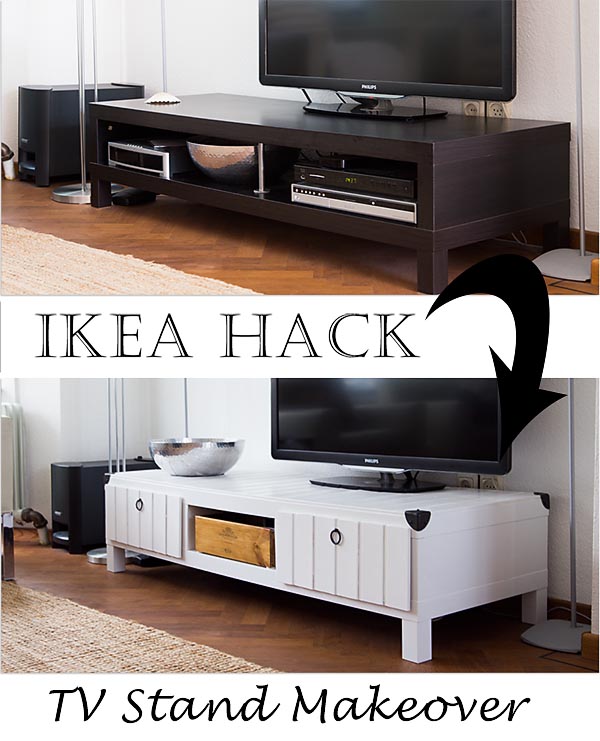 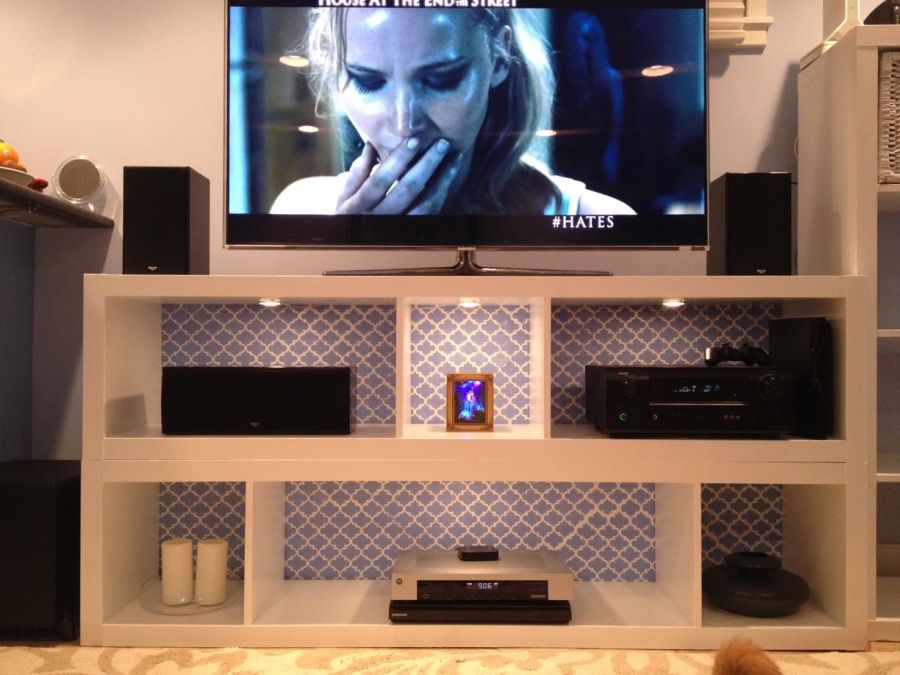 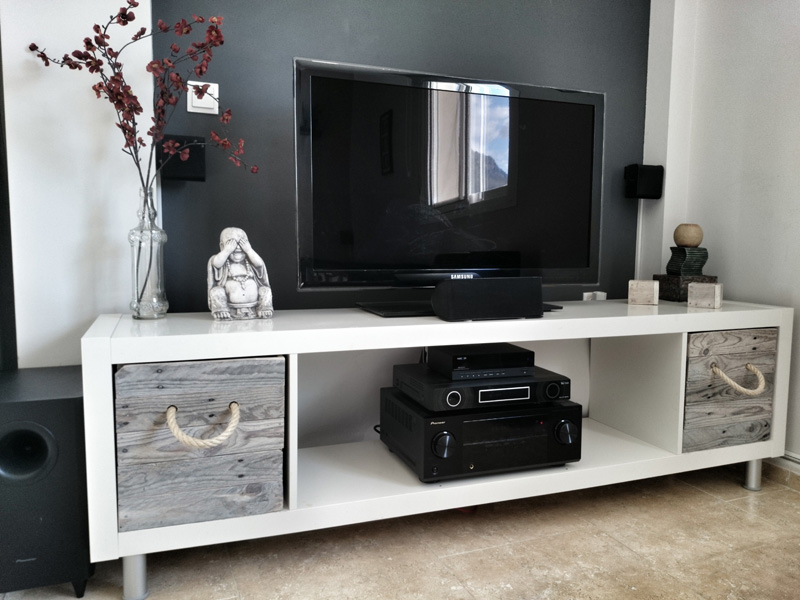 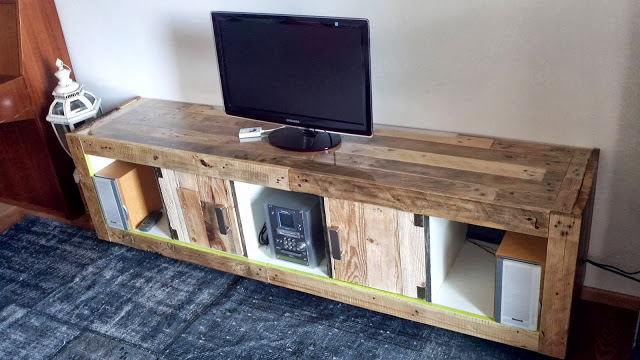 Most often, TVs are placed on a stand and it’s not because of the tradition but because it’s simply practical to save a piece of furniture that serves two purposes. IKEA TV stands are especially good at this. We’re talking about those TV stands you can make yourself using certain pieces of furniture from IKEA. There are tons of possibilities.

For example, the Expedit bookshelf has one of the most versatile designs you can find. This particular one was hacked with wooden pallets and turned into a simple-looking, somewhat rustic TV stand out outfitted with LED lights.{found on ikeahackers}.

This is another way of combining the IKEA Expedit with pallets. Basically, the bookcase was stripped of its two middle shelves and then flipped on its side. It became a beautiful IKEA TV stand. To fill the two empty compartments on the sides, pallet wood was used to make two storage boxes.{found on ikeahackers}.

If you don’t want your TV to be sitting that low, then this is the type of IKEA TV stand you should make for your home. This one was built using two Expedit shelving units. Take out two shelves from each unit, turn them horizontally and place them one on top of the other. Measure and cut a piece of MDF to attach to the back and then you can customize the stand with some under-cabinet lights.{found on ikeahackers}.

Epurposing an IKEA Lack table as a TV stand seems like a natural thing to do, given how versatile the piece is and also that it pretty much has the ideal size for this. But what if you get bored with the look. Then you can give your IKEA TV stand a makeover. This one got some new doors made of pine planks to hide the things inside and was also painted white.{found on songbirdblog}.

The IKEA Besta cabinet/bookshelf is also really versatile and you can easily repurpose it as a TV stand. It’s a minimalist piece that would look particularly nice in a modern or contemporary setting. It’s wide enough to also leave room for displaying a beautiful vase.

A practical option would be to also use the TV stand as a storage unit. In that case, you can use a pair of IKEA shelving units to build the TV stand out and there will be plenty of storage inside the compartments. You can also get some baskets that perfectly fit inside to better organize everything.

Although a bit unconventional, using kitchen cabinets and transforming them into a TV stand for the living room is not out of the question either. Take this design for example. It’s a stand made from refrigerator wall cabinets from IKEA topped with aged barn wood for a rustic look.{found on studio3031}.

Of course, not all TV stands have to be that big. If the TV is placed in the corner, for example, the stand should be small and compact. So an IKEA PS cabinet could be just what you need. You can give it a makeover, repaint it and make it match your décor.Perhaps you can complement it with a coffee table with slender hairpin legs for contrast.{found on theredjet}.

Then there’s also an option to use an actual TV stand instead of repurposing other pieces of furniture. This is a Lack TV stand from IKEA customized with orange stickers, new legs and a foam board. It looks really handsome.{found on ikeahackers}.