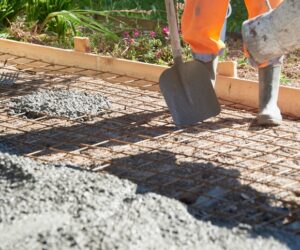 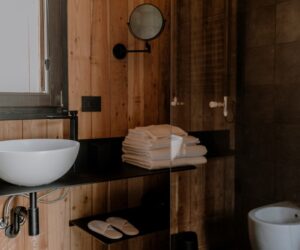 Why give up a garage when you can park your car in there, right? Well, not everyone has the same priorities and there are plenty of reasons why someone would want to transform a garage space into something else. Garage conversions are more common than you think and a lot of them are very inspiring. To prove that, we gathered some of our favorite transformations.

This started out as a commercial garage but now it serves as a beautiful and cozy home The transformation was a project by Sam Crawford Architects. The garage occupied a space between two existing buildings and was long and narrow. After the conversion, the shape and size remained the same. The architects also preserved the industrial character of the space using black steel, recycled brick, concrete and wood. A courtyard ensures a strong connection with the outdoors and also brings in lots of light.

A lot of clever design choices can be made when you’re forced to deal with the unusual. For instance, check out this cool little house that has a sunken lounge area. Sure, nothing special when you put it this way but that space actually used to be a mechanic’s dugout area back when the space was a garage. It looks a lot better now, with all the orange furniture. The conversion was a collaboration between Doepel Strijkers and LEX Architects. Originally, this was an ambulance garage. Now it’s a rather spacious home.

Even a small garage can have a chance at a different life. Take this one for instance. It’s a 22 square meter space on the ground floor of an apartment building in Bucharest, Romania. It used to be a garage but now it’s an architect’s office. The new archiDOT office is actually a really good reflection of the team’s design approach and aesthetic. It’s small and it feel like home but, most important of all, it provides direct access to the street.


Using mostly salvaged materials, a couple managed to transform a two-car garage into a home and the total cost of the transformation was at around $60,000. It was an interesting downsizing from a 4-bedroom house and the owners are quite delighted with the change. Their new garage home looks and feels warm, welcoming and fun. Even though it’s small, it doesn’t really lack anything.

Not all garages are small. In fact, some are pretty big, like this one that measures 4,000 square feet or space. It used to be an old parking garage but now it’s an art studio thanks to studioMET Architects. It went from dark and gloomy to bright and fun. There was no plumbing, no gas and no electricity and the roof was damaged so the architects had a rough time converting the garage into the space it is today. Even the concrete floor was uneven but all of these challenges were stylishly overcome.

After a new garage was built into the courtyard, the old one lost its function and served no purpose but all that changed when designer Julia Tolkacheva started working on a very interesting project. The idea was to transform the old garage into a sort of man cave where the client could entertain friends without disturbing the others in the house. The garage became a colorful space furnished with comfortable sofas and chairs, a bar and all sorts of cool things made of repurposed objects.