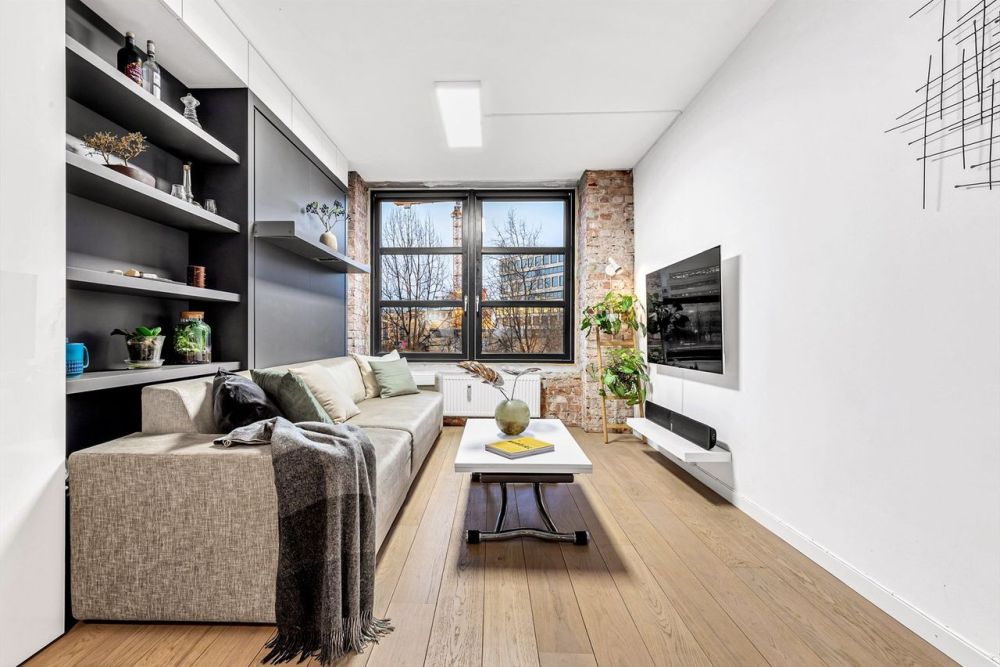 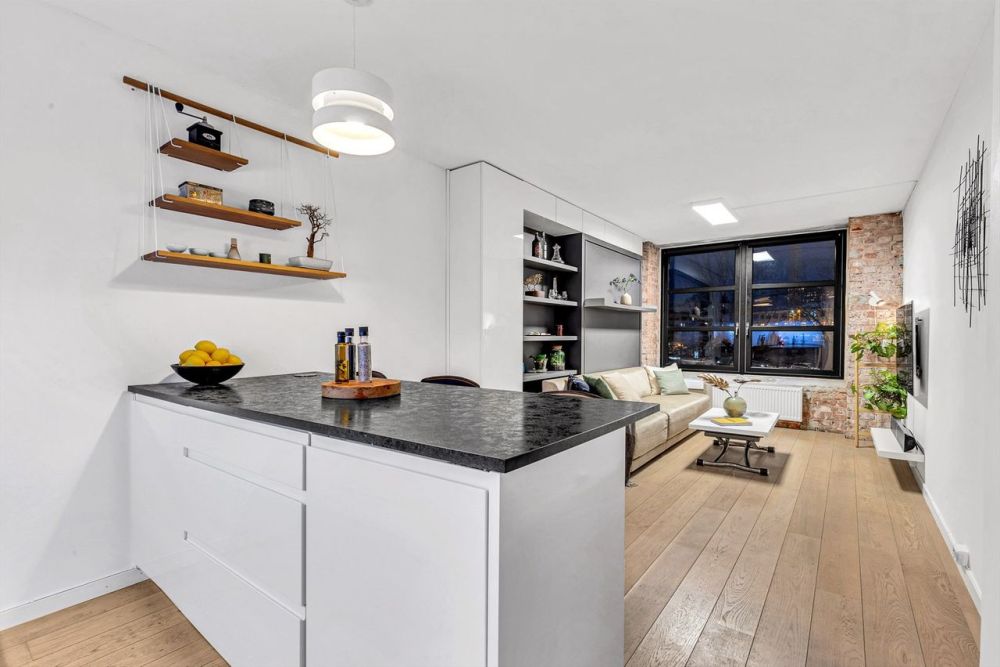 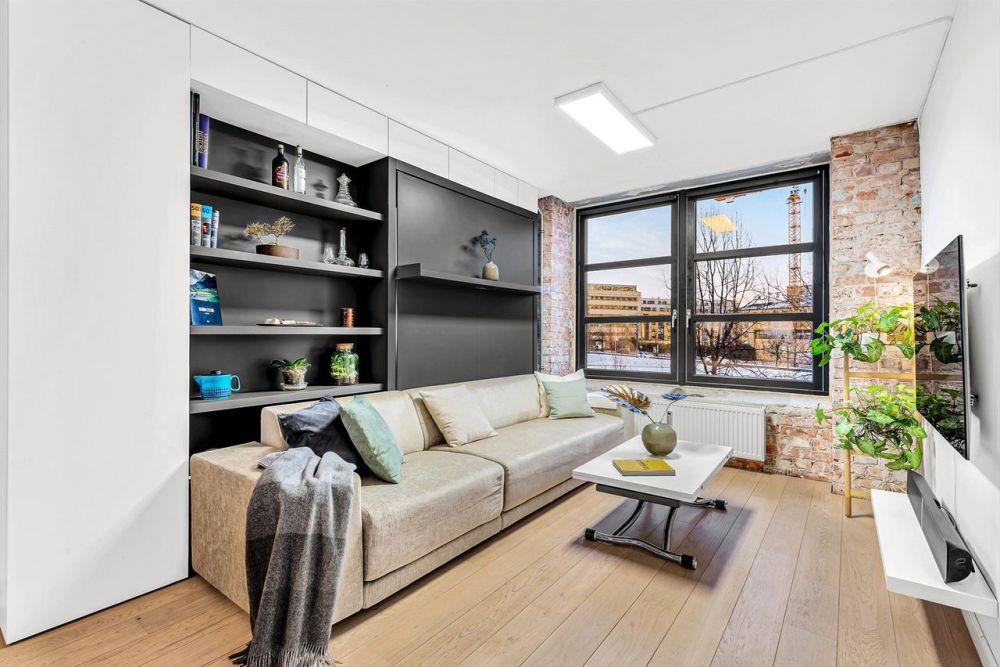 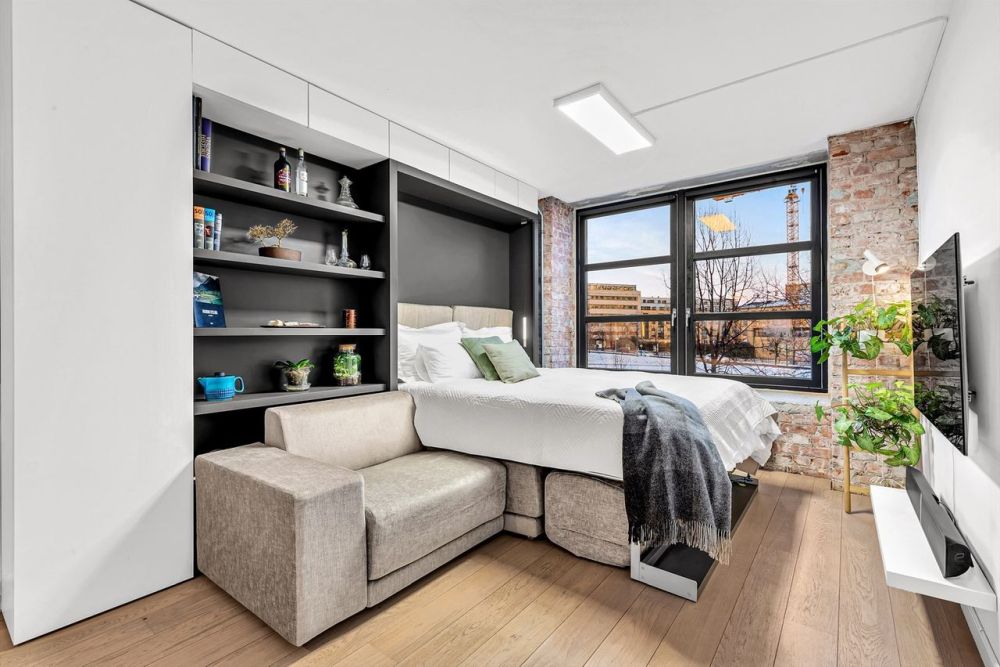 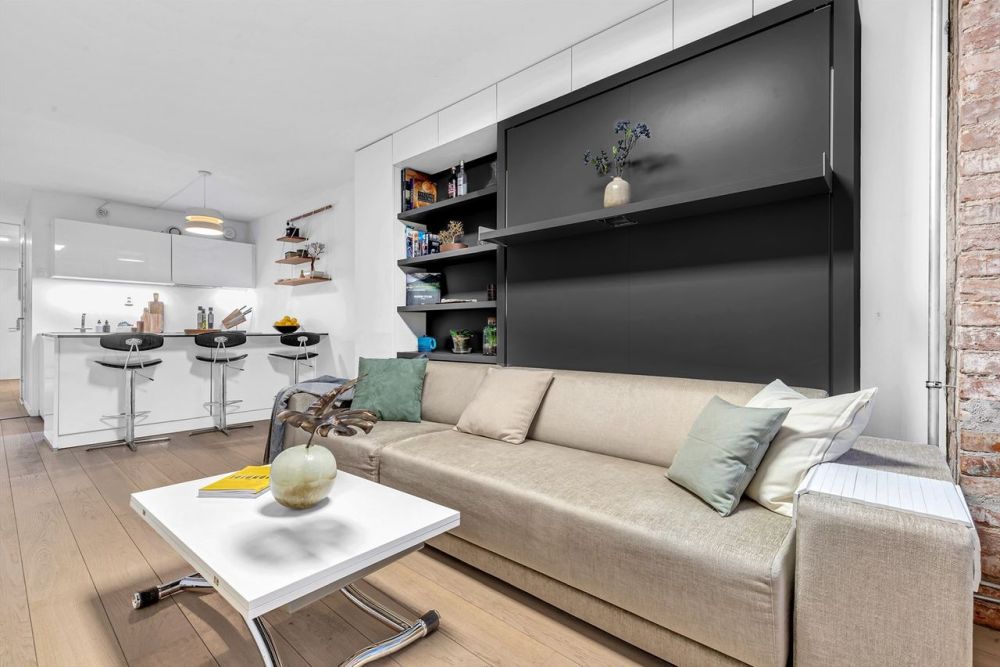 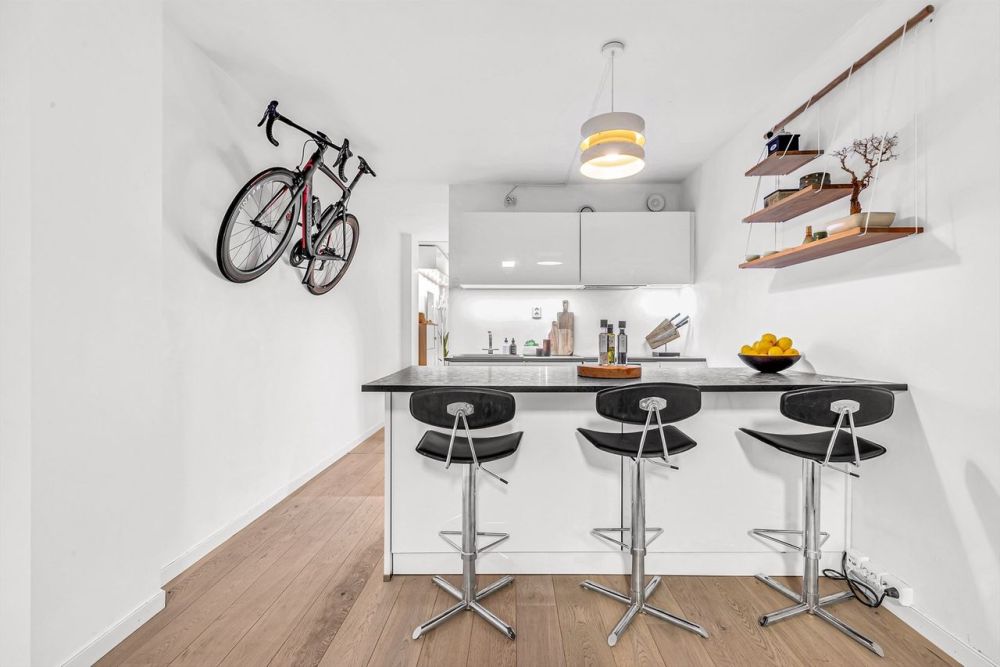 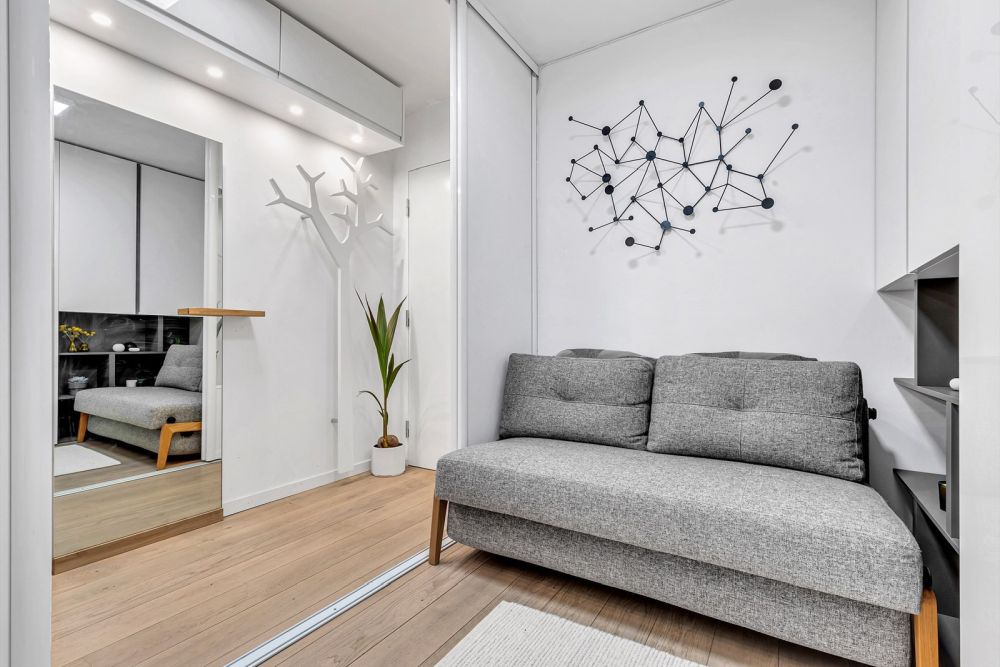 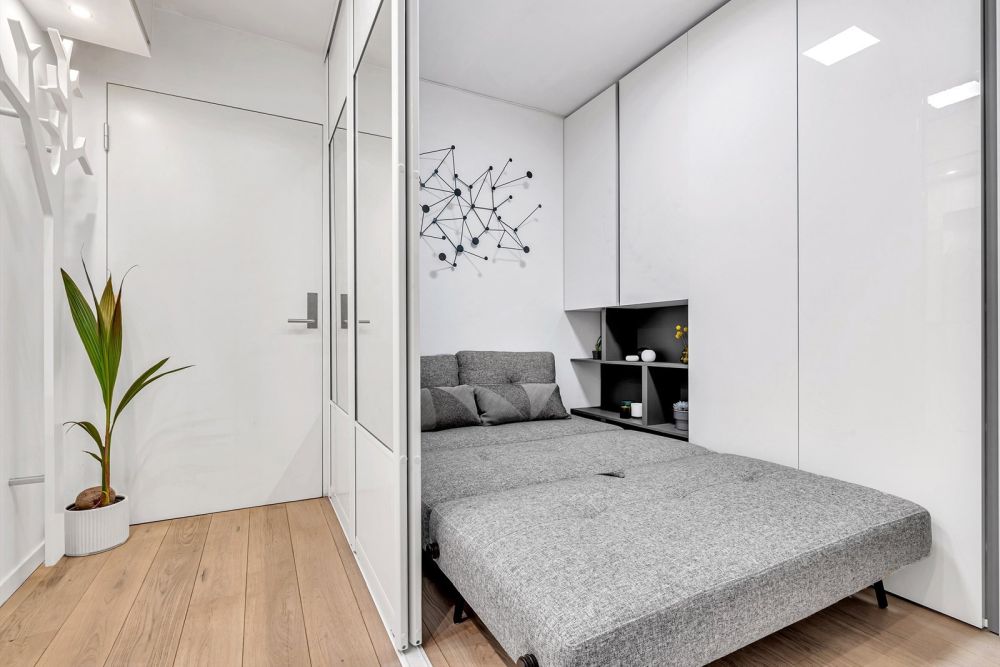 Compared to apartment buildings or traditional houses, the homes that are found inside structures such as former factories churches and so on tend to be a lot more unique and interesting. In some cases however you wouldn’t really know there’s anything unusual about the location just by looking at the interior design.

A good example is this 39 square meter apartment from Norway. It’s found inside an old factory which had been repurposed in 2006 and it looks and feels very familiar, just like any regular apartment. It does of course have a few elements that stand out.

This is a rather small apartment so an open-plan layout was an obvious choice for it. It is however noticeable that a big emphasis was placed on making this space as efficient as possible, more so than in other cases. Although it’s small and it may not seem like there’s enough space for two bedrooms, this place actually has two nice sleeping areas. One of them is in fact the living room.

There’s a Murphy bed cleverly hidden here behind one of the wall units which can fold down over a section of the sofa, thus transforming this area into a bedroom whenever needed. There’s also another sleeping area and this one can be turned into a separate room by sliding the doors shut. It has a folding sofa which can be turned into a bed. The rest of the time this can be used as a sitting area, or perhaps as a small home office space.

The kitchen is nice and open, being the first space one sees after passing the entryway. It has a small peninsula that adds more storage for kitchen equipment and can be used as a workspace as well as a bar when entertaining. The entire kitchen layout is white and minimalist, designed to be bright and airy but also practical and space-efficient. In the living room, the color palette transitions to warm neutral shades and dark gray tones and the window wall at the very end features exposed bricks which add an urban and very charming look to this entire apartment. Images and info from Finn.