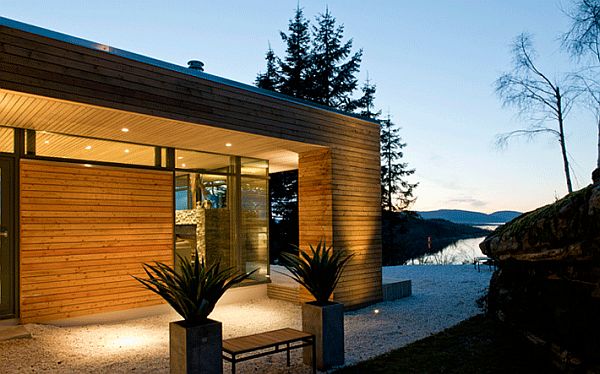 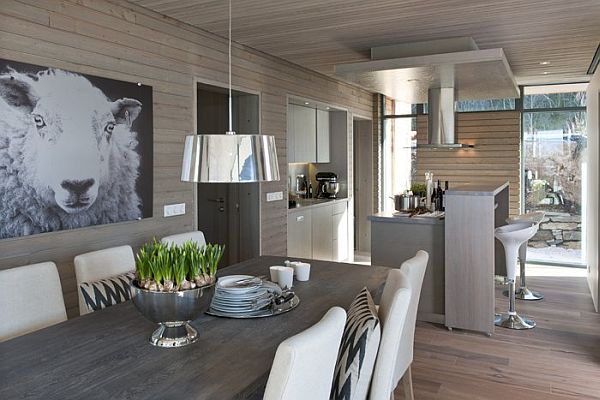 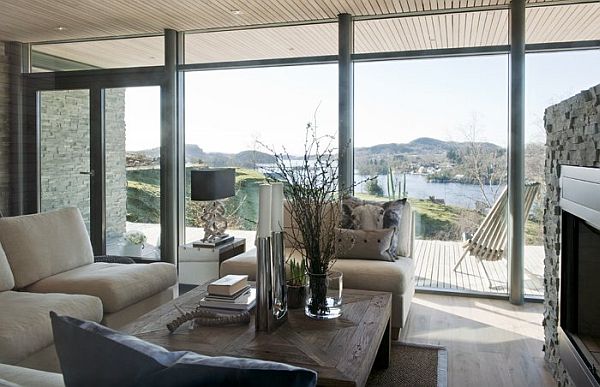 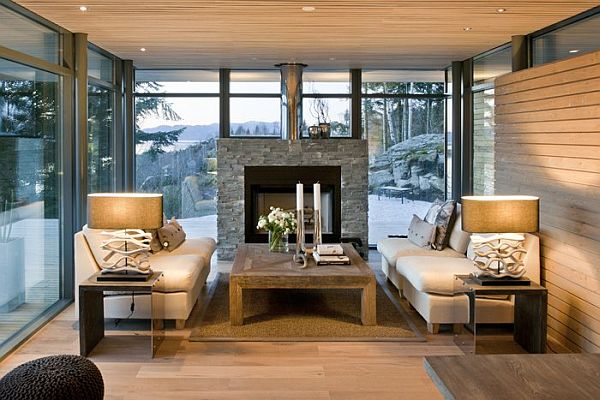 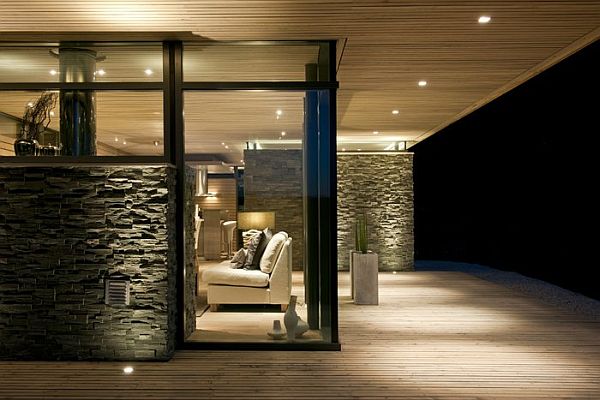 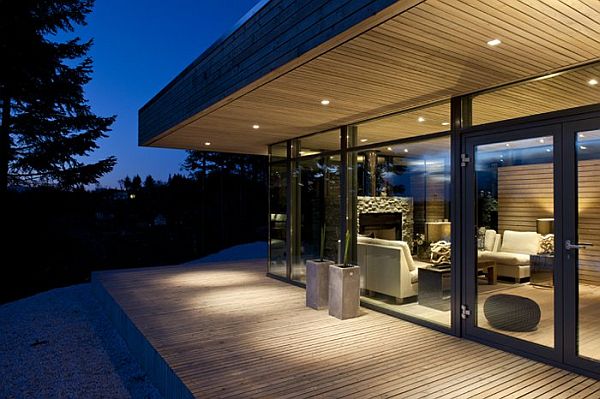 This is Cabin GJ-9, a modern adaptation of the standard design. It’s situated in Bjergøy, Norway and it was a project by Gudmundur Jonsson Arkitektkontor. The cabin was designed as a space able to adapt to multiple settings. It was designed with no particular site or environment in mind. It’s also a product for mass-production distribution. The main idea behind this project was to come up with a new concept and a general idea for a cabin that would be able to integrate in a variety of places.

It was designed as a cozy cabin that would most likely be places somewhere where there are beautiful views. The cabin features two volumes. They contain the bedrooms and the service area. There’s also a living and dining space in a glazed pavilion in between these volumes. This area has connections to nature in all directions. The cabin has a large roof that accentuates its design and also provides protection for the terrace during rainy days.

The roof also tends to give the impression of a much larger space that it actually is. The Cabin is small but very well planned. The different areas are nicely separated and yet the whole design is brought together by the terrace and the roof. Since the cabin was designed as a modern space for those who like to spend time close to nature and admiring the views, it has lots of glass walls. And since the roof is very simple and also large, it offers the possibility of creating a roof terrace as well.