Love Homedit? Follow us
By Emily Medlock | Published on Aug 2, 2021
of 7
Sun porch
Farmer style porch
Porch types
Porch vs deck
Porch and Patio versus
What is a porch
Patio with fireplace and TV
Porch Vs Patio - What Is The Difference?
Buy Now 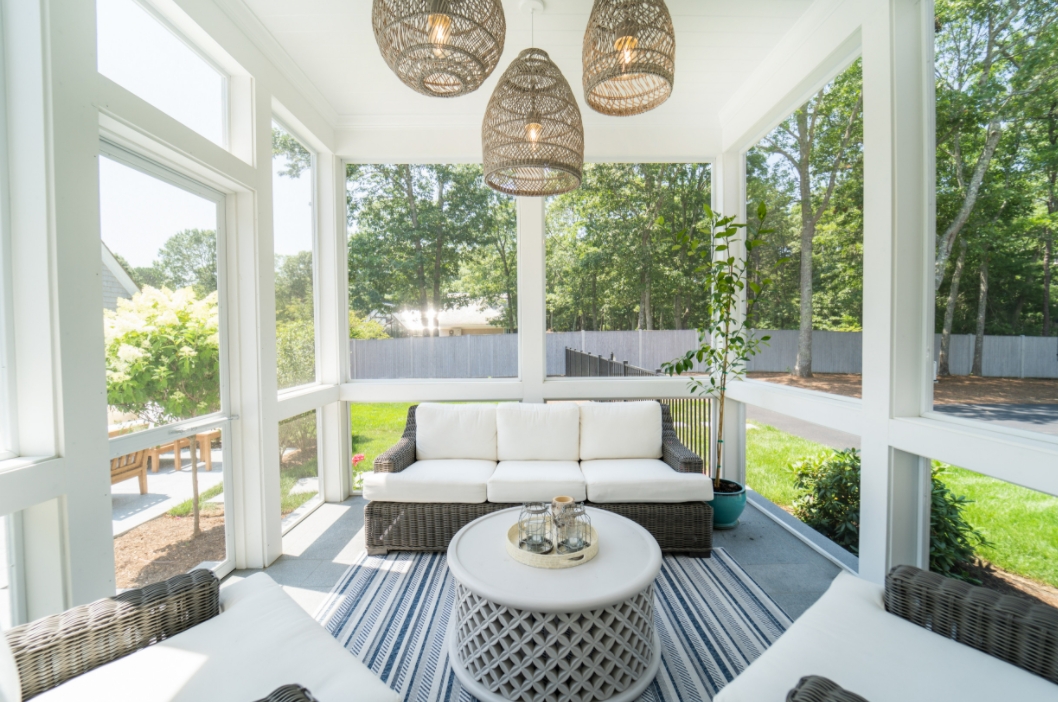 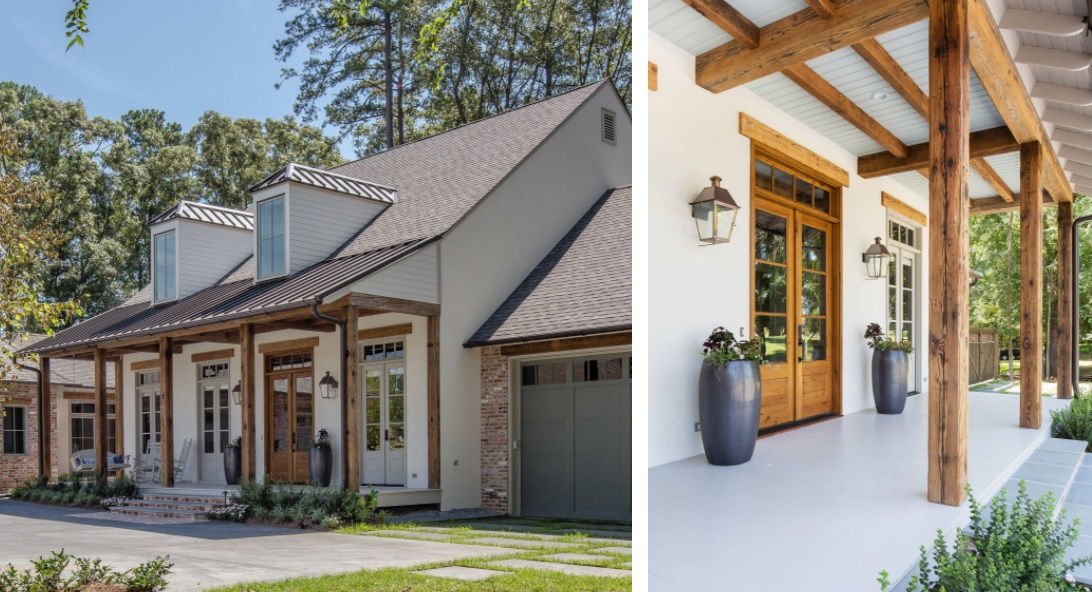 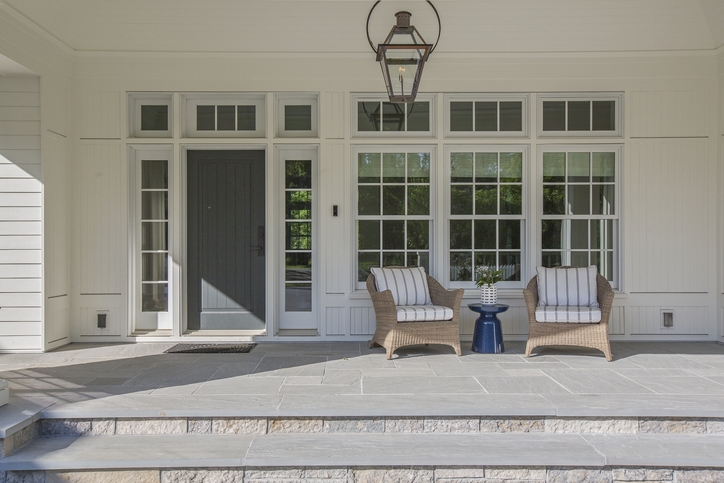 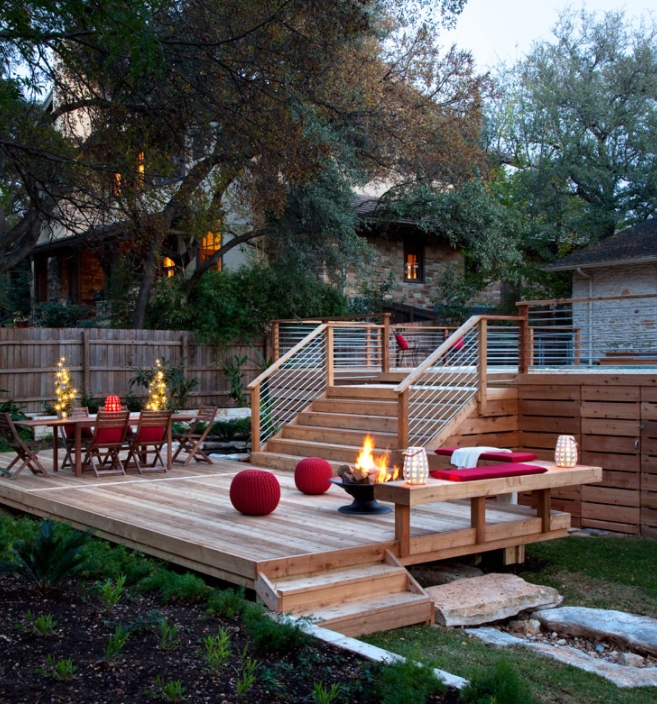 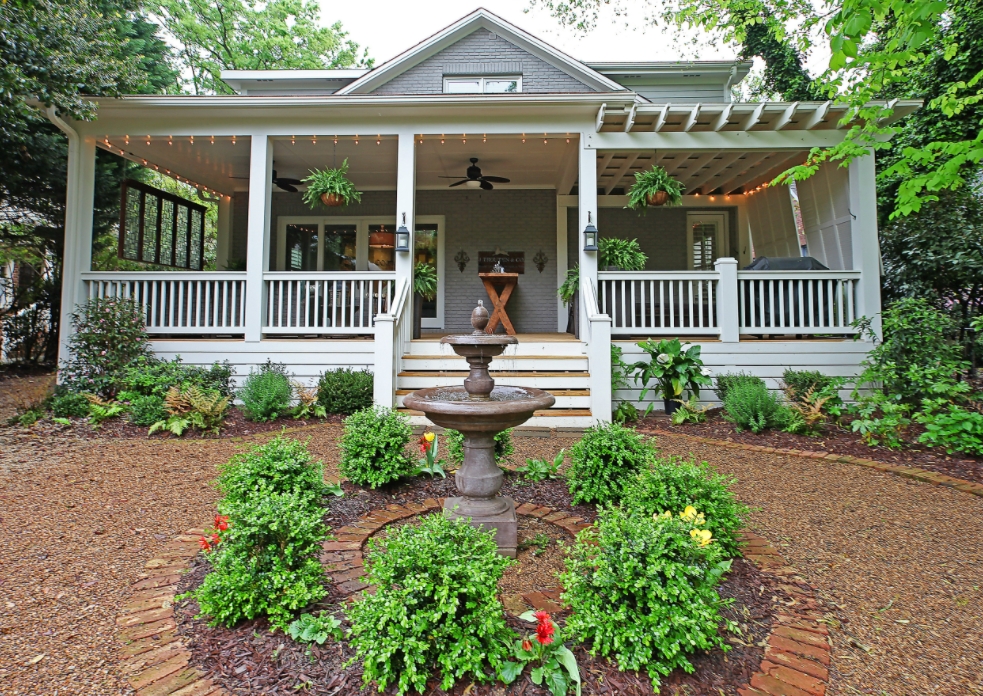 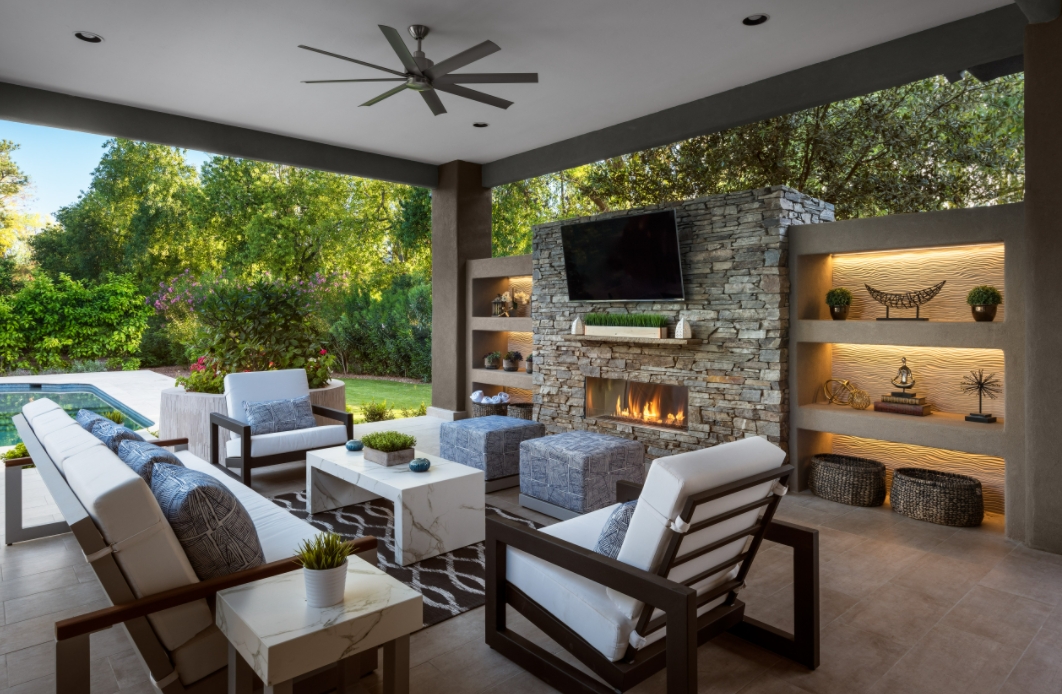 Porch vs patio – what is the difference? There are many structures that you can build outside. Two of those structures are the porch and the patio.  Both of these structures can enhance outdoor space.

Both of these are useful, but the problem is that people often get them confused. This causes more confusion when mentioned to contractors or when you use the terms to try to find a good contractor.

Porch Vs Patio: What Is A Patio?

A patio is an outdoor area used for eating, relaxing, and recreation. It is paved, usually with concrete, pavers, or gravel. Though it can be paved with anything from bricks to tile. Rare patios are made of glass or acrylic.

There are many uses for a patio but more often than not, the patio is used to have a place to relax outside. There is almost always furniture on the patio which is why outdoor furniture is often called patio furniture.

Porch Vs Patio: What Is A Porch?

A porch is an outdoor extension of a home. It is always attached to the home and is usually made out of wood. Although the term is often used as a vaguer term than it should be, porches actually have roofs.

They don’t usually have walls unless the walls are screens. In this case, the porch is a screened-in porch or a sunroom. Porch is a broad term but it must be attached to the home and must not have solid walls.

When comparing porch vs patio, it can be confusing. A porch is usually at the front entrance of a home, but it can be located at the back entrance. It is also always attached to the home.

A patio can be attached to the home but it can also be detached. A porch must be attached. Patios are paved and made with gravel or concrete or something similar. But a porch is almost always made of wood.

As far as roofing goes, porches always have some sort of roof while patios may or may not. A lot of people like to leave it open so that they can let more sun and fresh air in while then dine or sunbathe.

Here are two more structures that are often used synonymously. However, they are not exactly the same. The one main difference is that a porch has a roof and a deck does not. That’s pretty much all you need to know.

With this comes a few differences. Such as the fact that the porch has posts to hold the roof up but a deck doesn’t need posts and so there aren’t any. Many people use decks over their pools or in an area that gets a lot of sunshine.

Porch Vs Patio: Types Of Porches

Porch vs patio is a fun comparison. But there are other similar structures we can compare. A porch is a simple structure with variants. You can compare one porch with another porch the same way you compare porches and patios.

A screened-in porch is just like a regular porch but it is surrounded by screens. It doesn’t necessarily have walls but screens instead that can be left open to let a lot of fresh air in. The room usually isn’t insulated.

Screened-in porches are very fun and similar to sunrooms. They most often use outdoor furniture so that you can keep the screens open without worrying about the furniture getting weathered or worn.

An Arizona room is a room that is often considered a porch despite only being semi-outdoors. It gets its name from the fact that it is most commonly found in Arizona though it is very similar to the Florida room.

A sleeping porch is exactly what it sounds like. It is a porch designed for sleeping on. It can be used in private homes or as an amenity in other places. The porch can have air, fans, or no HVAC units at all.

The sleeping porches were first invented before fans even existed. It was a way to keep cool of a night by sleeping in a semi-closed-in area where the night air could keep you cool. Today, they are a luxury.

A farmer’s porch is a style of porch that is found in traditional old New England homes. They have pillars on the front, railing along the porch, and a traditional step-up in the center. This is the standard American porch.

This is the most common type of porch for different types of colonial homes. Today, it is often seen on farmhouses and ranch houses but it can be seen on just about any style of home, rarest on modern homes.

A rain porch is also known as a Carolina porch. This type of porch is native to the Southeastern United States. What makes it a rain porch is the roof that extends far beyond the edge of the porch end.

The rain porch uses freestanding supports that rise from ground level instead of from the porch itself. This gives shade while protecting the porch from rain, hence the name which suggests it does just that.

This is where it all began. The word portico is where the word porch came from. Porticos are entrances supported by pillars that accentuate the entrance of a home. They are built around the front door of the home.

A bungalow is a low house with a large front porch that doesn’t have an upper floor in a traditional sense. Instead, if there is an upper floor, it is set into the roof. But a bungalow porch is a specific type of porch.

A loggia isn’t always considered a porch, but rather a covered exterior gallery or corridor. The loggia is native to Italy and has been around since at least the Middle Ages. You can find them today in Italy.

The difference between a loggia and a portico is that a portico allows entrance to the inside from the exterior but a loggia can only be accessed from the inside. This is similar to a balcony, which is found in hotels and apartments.

Some cover three while others cover all four. A wraparound porch should be at least six feet deep in order for you to make the most out of it, but a few extra feet is even better. This is the most expensive type of porch.

A veranda is very similar to a patio. Because a veranda is a roofed porch that is attached to the outside of a building. It can have railing or not and it can be made out of almost any material you can build a patio with.

This is one of the few terms used in almost every country. Verandas are found and understood in most English-speaking countries and many that don’t speak English. It is a common and universal term.

A lanai is an open-sided porch originating in Hawaii. The term isn’t used in many other areas, but it is a common term for porches in Hawaii. It is often used to describe any type of porch or patio in Hawaii.

A sunroom or sun porch goes by many names. It can be called a four-seasons room or a solarium. It was created to allow daylight inside the room and give a great view of the landscape from as many angles as possible.

The sun porch is just protected enough by the windows around it that it doesn’t get too hot. It can make a great sleeping porch if there is protection against the weather and from pests that try to make their way inside.

A stoop is not something as common in rural areas as it is in the city. But a stoop is a small staircase at the entrance of a building. It is often seen in apartments and is free for residents of the building to use.

Unlike most porches, a stoop isn’t covered and it isn’t usually made of wood. Instead, it is small and doesn’t have a deck. There will be a small platform followed by steps. This is the smallest type of porch.

How To Choose Between Porch Vs Patio

To choose between a porch vs patio, you must first decide what you want. This begins before you know the difference. Decide how much shade you need, how close to the house the structure needs to be, and so on.

List all of the things that you want in a structure and number them from most important to least. Then, find out which of the stuructes checks off the most boxes on your “must-have” list.