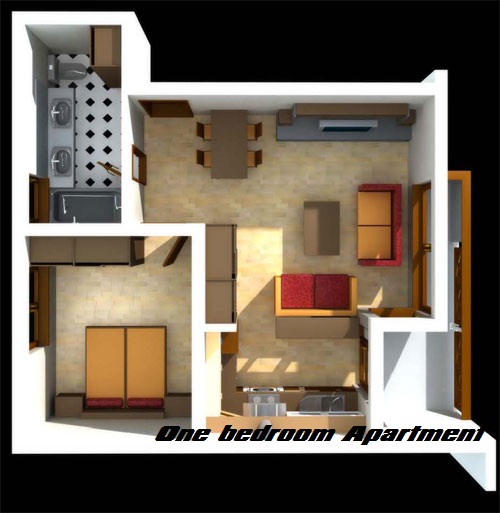 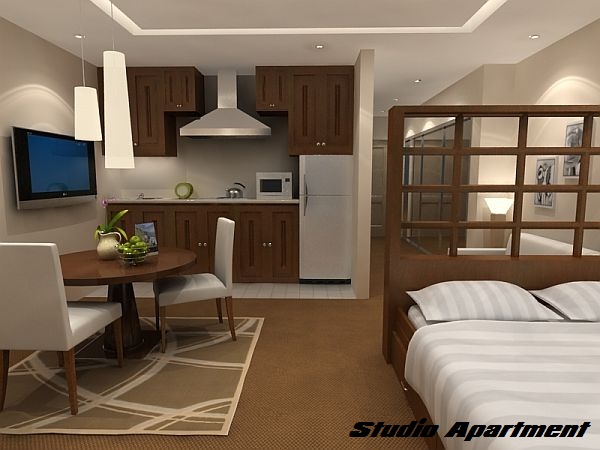 Providing the comforts of a home clubbed with an array of extras, apartments have always been the popular choice among the other options. However, there are varied types of apartments available and individuals tend to get confused between them.

The most popular types of apartments are one-bedroom apartments and studio apartments. However, the terms are often used interchangeably though there is a critical difference between the two. It is vital for one to familiarize oneself with the two terms so that the right apartment in accordance to the needs is selected.

What Is a Studio Apartment?

A studio apartment integrates your bedroom, living room, and dining area into a single room with an open floor plan. This means that there are no partitions or walls separating the various room portions.

However, do not fret: your bathroom will be separate, as required by US housing laws. A studio apartment is based on the concept of a single spacious room that serves as the primary living area.

Catseye Bay Designed transforms this studio into a one-bedroom living area, gradually unveiling its charms and little moments over time. It makes ingenious use of bespoke joinery that combines architectural and furniture elements to carve out volumes that “borrow” space from one another. The joinery is both functional and aesthetically pleasing, allowing for different applications, separation, sight lines, and space flow.

BETILLON / DORVAL‐BORY is here to show you how you can transform 20 square meters of space into a gorgeous and practical spectral studio apartment. In other words, they were looking to remodel a Parisian apartment that had almost no natural light. The apartment is created in a straightforward and neutral manner, devoid of color and individual detail, obliterating any architectural expressiveness in favor of the light-generated composition logic.

A Little Design has turned this small space into a gorgeous studio apartment that measures 22 square meters. The flat has adequate ventilation, enough natural light, and the predominant colors are oak and white, which help brighten and expand the area. All fixtures and equipment are placed within the constraints of the space available but are not compacted in size.

Anne Rolland Architecte has proven that you can create a cozy space even when you have only 24 square meters of space to work with. The transformation began with the elimination of partition walls to create the illusion of a larger room. The architect cleared the facade wall to allow for natural light, while the opposite one is revealed from the kitchen, reviving the antique limestone masonry.

The room is divided in half by multipurpose closet furniture, with the sleeping corner and toilet on one side and the living room and kitchen on the other. This all-birch plywood furniture elevates the bed from the floor to create an intimate stage and also serves as storage.

Thanks to IR Arquitectura, we see this gorgeous 25 square meter apartment from Argentina with an intelligent space allocation. The removal of a few features allowed for the space’s unequivocal homologation, with the exception of a small bathroom.

The complete opening of the wall that formed the “ochava” enabled the area to be aesthetically and functionally expanded. The combination of spaced enclosures creates a novel device: a diaphragm capable of expanding the apartment’s use during the summer and contracting it during the winter.

This 27-square-meter flat is ideal for a couple, and it made Brad Swartz put all his knowledge to good use to transform the space into a practical living space. This studio apartment gives an economical option for inner city living and opposes the need for urban sprawl through its high-quality architecture.

While this apartment was originally designed as a single room, the goal was to reintroduce a public/private separation to denote two distinct zones. Storage requirements were carefully evaluated, and the bedroom was pared down to its bare essentials, largely to make place for the bed.

On the other hand, a studio apartment refers to a single large room that features a kitchen and a bathroom. A studio apartment is basically a self-contained unit and houses everything in the single room space except the bathroom. It is typically a large room, with different areas of the room employed for varied uses. For instance, a corner of the room may be designed as a living area, a corner may be designed as a kitchen, and the space in between may be designed as the living room. In addition, the areas are generally with the use of partial walls or dividers.

What is meant by studio apartment?

A studio apartment is a dwelling with a single room that incorporates the bedroom, living room, and kitchen in just one room. The size of a studio apartment usually varies from 400 to 600 square feet.

Is it hard to live in a studio apartment?

It can be very challenging to have just one room where you sleep, cook, eat, watch TV, etc., but there are a few tricks that help you organize this space efficiently, such as separating the bedroom using a curtain, choosing open clothing racks instead of giant armoires, or shopping for groceries often instead of buying in bulk and then having storage problems.