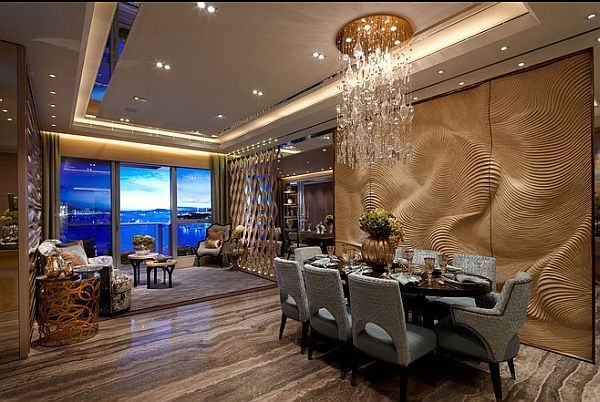 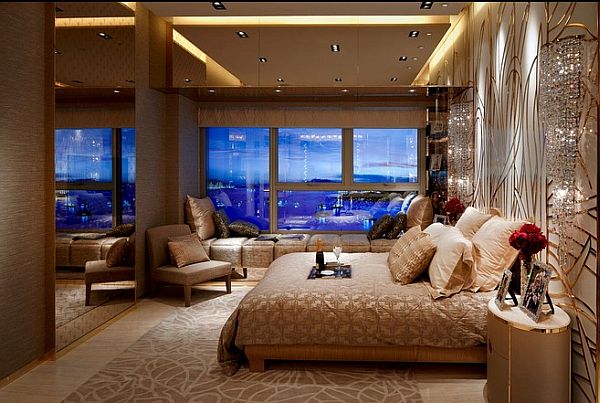 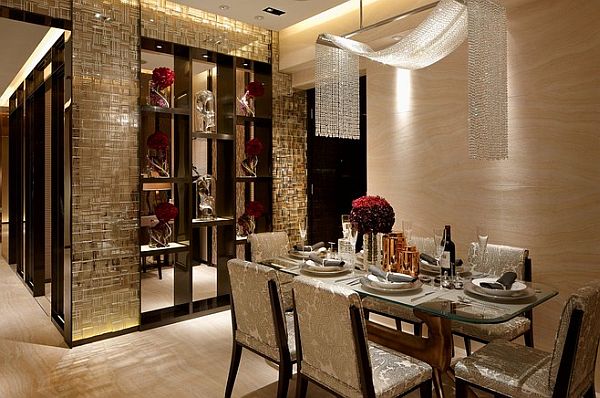 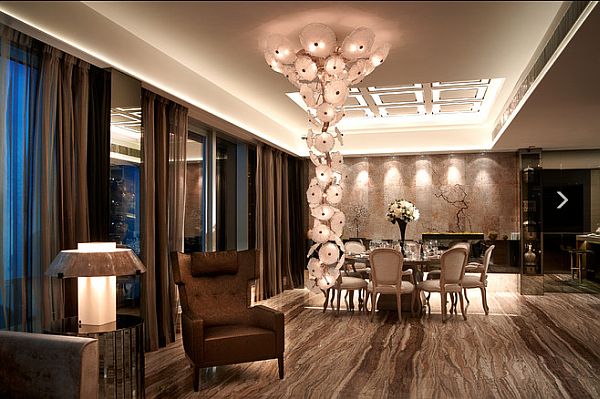 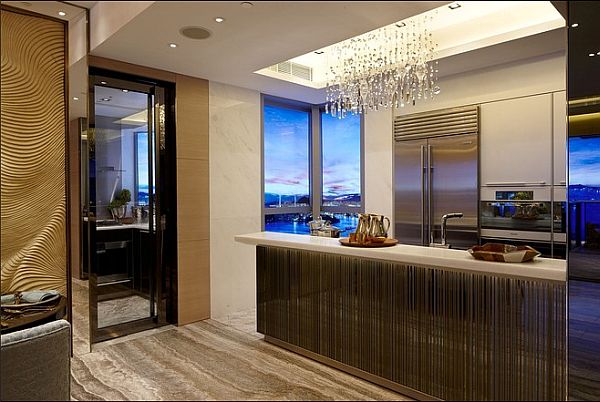 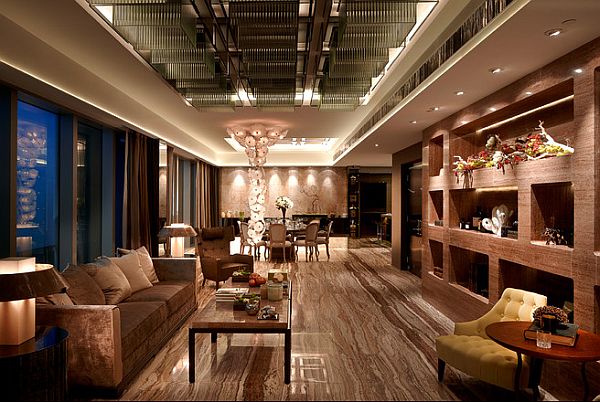 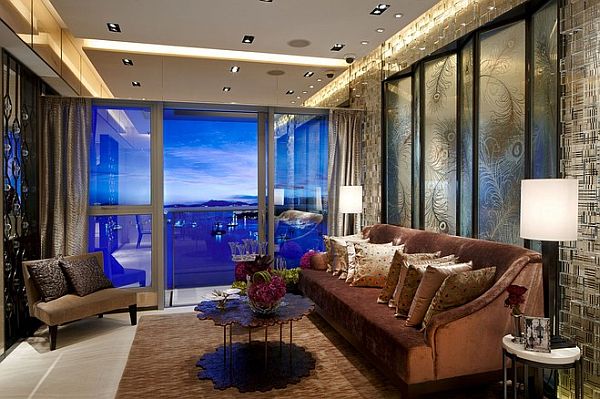 This beautiful apartment that you see in the pictures is part of the Imperial Cullinan, a new structure in Tsim Sha Tsui, Hong Kong. The entire neighborhood has exquisite apartment decorated with Italian marble and some of them even have private pools. The complex is situated above the Olympic MTR station and it consists of six towers with 650 units total.

Standard flats range from 700 to 1,900 square feet. The Imperial Seashore flats also have a private balcony. The flat that you see here has a three meter high ceiling, which allowed the designers to add a beautiful suspended chandelier. The flat measures 1,383 square feet and it has four bedrooms. This particular one has a peacock theme and it’s decorated with feather and tones of gold.

Each master bathroom in the premium units features white marble imported from Italy and an Italian mosaic along one wall. The living room and open kitchen measure 485 sq ft. There are 27 premium units in each building and the price starts at HK$40 million. There are also 7 Imperial Sky Manor units and two of them also come with a private swimming pool. The apartment shown in the pictures is worth $20,100,000.

It has a beautiful peacock theme but the most eye-catching elements are the golden geometrical patterns uses in all rooms. It’s a luxurious apartment and it’s decorated with style and elegance.