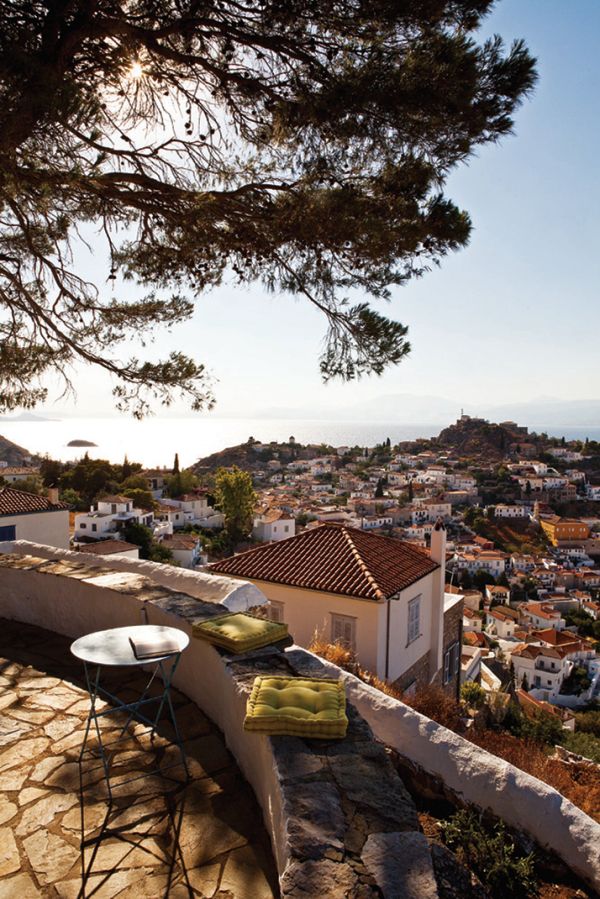 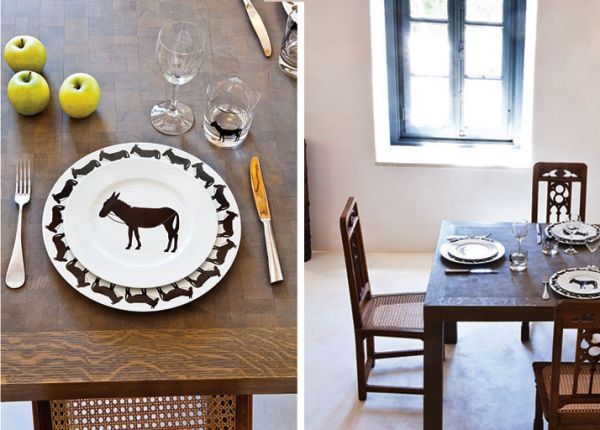 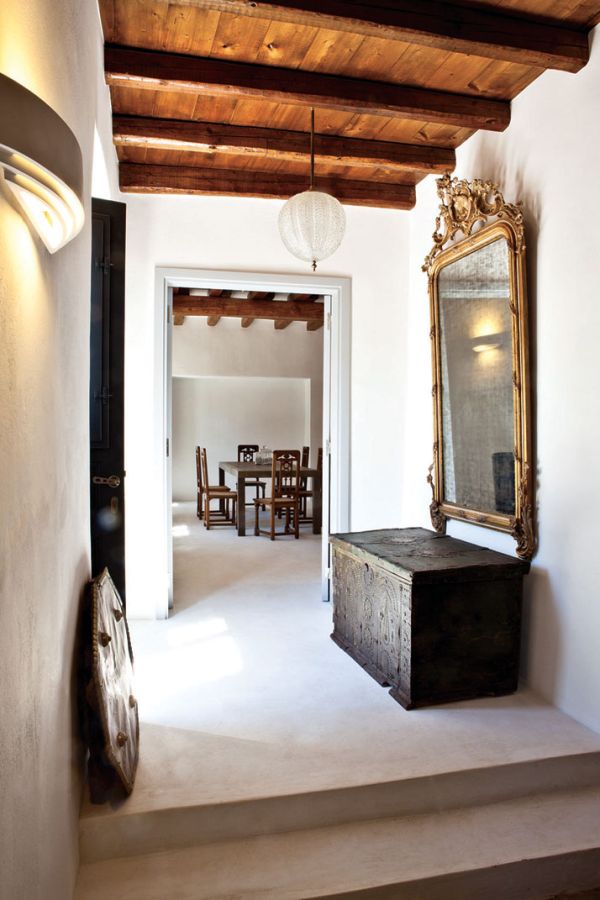 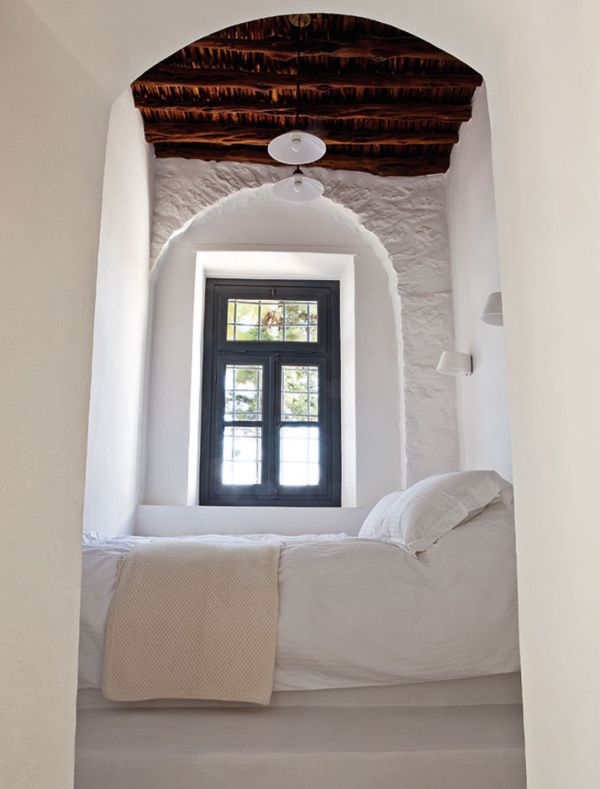 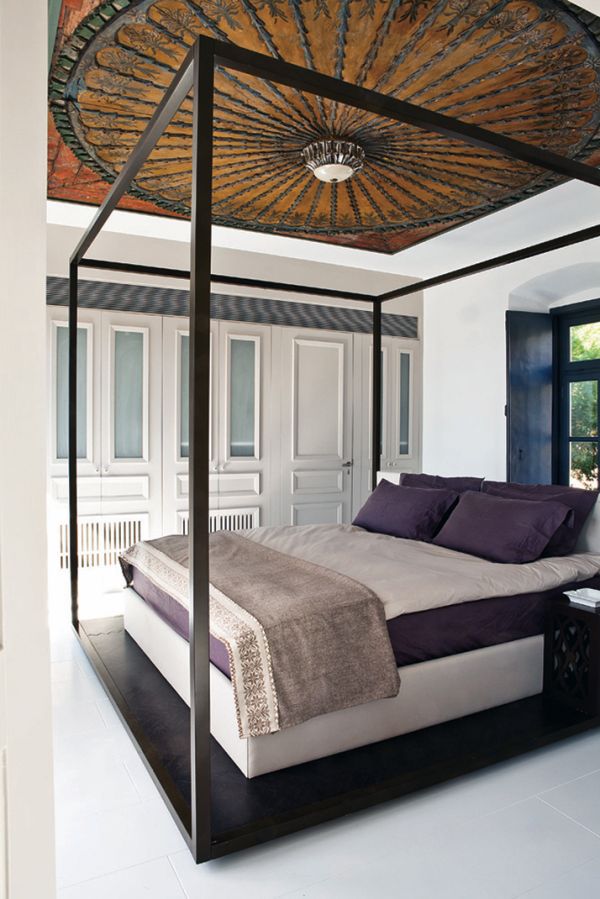 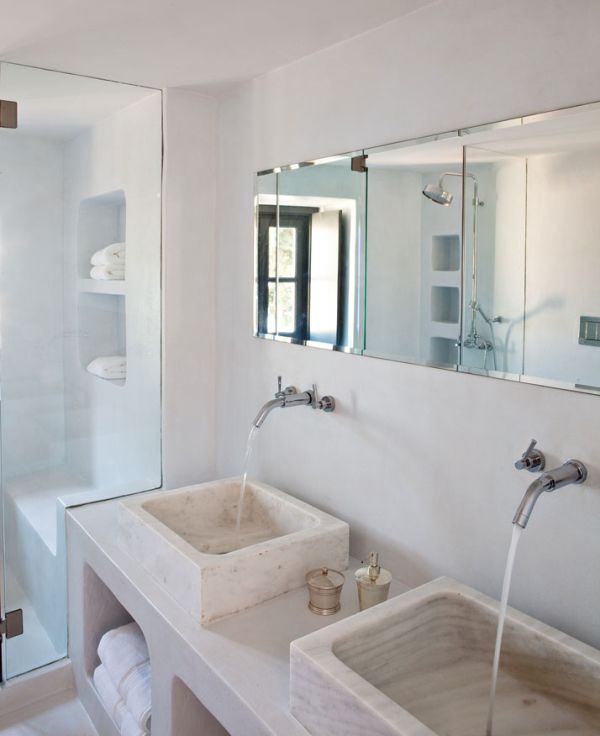 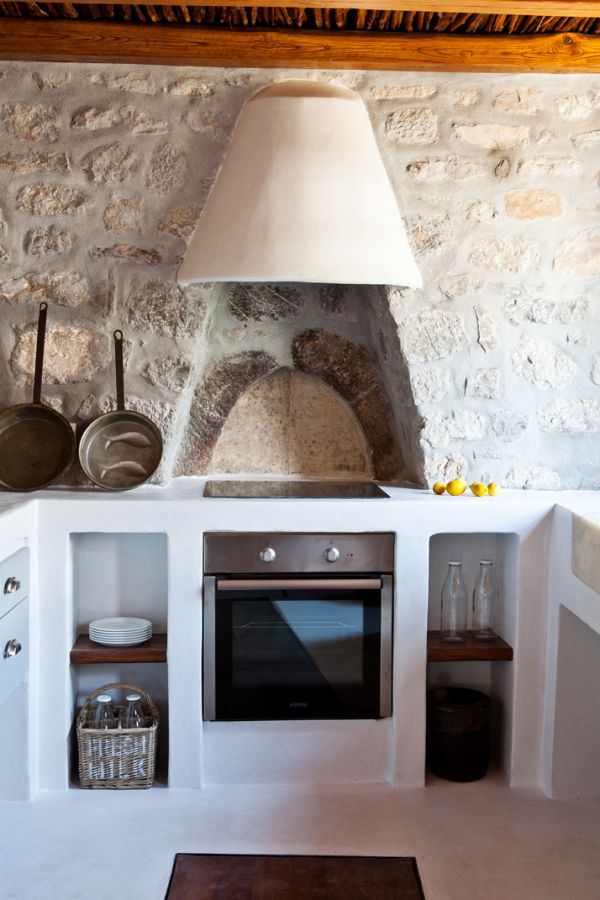 Greece is famous for his little towns near the seaside that perched on the mountains.  From above you can see how the town metaphorically falls into the sea. It is an amazing view and imagine how you can see the sunshine from there. Keeping the Greek tradition, the Hydra Residence is a very  nice house whose beauty is not only kept by the place where it is build but also from the design and the theme the owners chose. In fact, this home was built on one of the highest sites of the Greek Island Hydra.

Thinking of that aspect, the designer Tina Komninou decided to bring the house to life by giving her a traditional Greek atmosphere. So the interior looks like the one from an old house from this country. It is amazing how the designer managed to mix the traditional air with the modern one so the house will still look luxurious and fancy.

So, the place becomes breath-taking because the amazing home and the awesome surroundings keps you focused on the beauty of the place. But, for the realization of her ideas, Tina Komninou worked with the constructor Michalis Pelekanos and so the historic building received an aristocratic atmosphere with some simple yet luxurious elements. For that effect, the furniture was handcrafted and shows the tradition and gives the home a unique splendor.

The house has been restored not only on the exterior but also on the interior, and the original beams have been restored also and remain the backbone of the house.  But the exterior is the one that gives the amazing views and it looks awesome too. This home is the perfect place for you if you want to have a quiet and long life.{found on yatzer}.