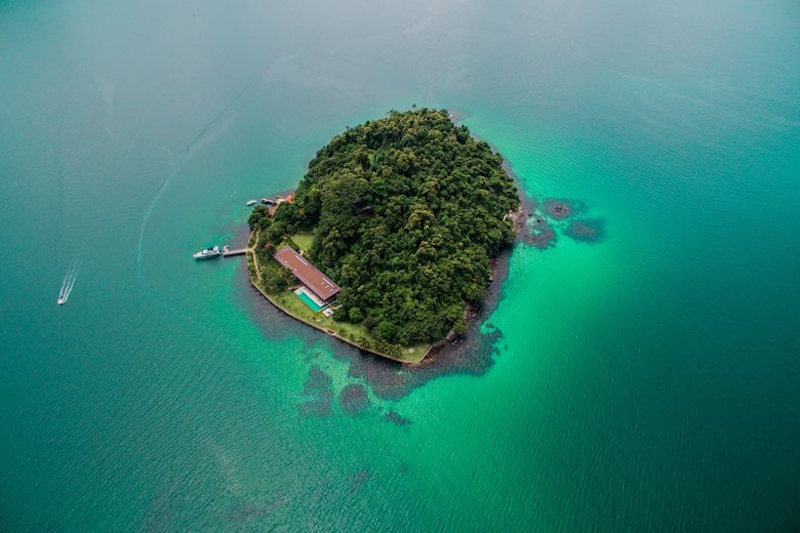 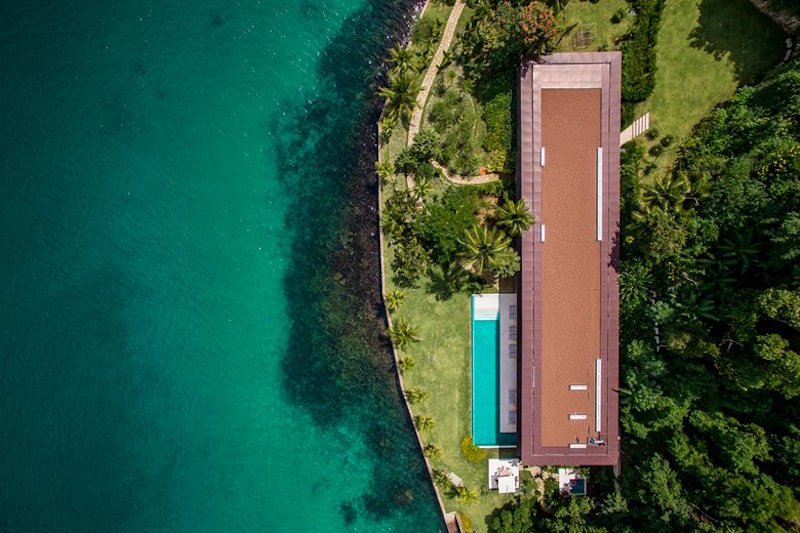 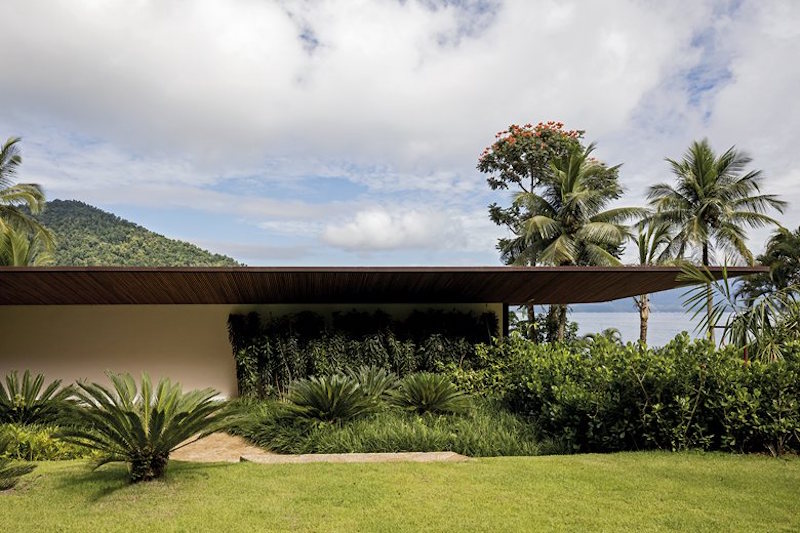 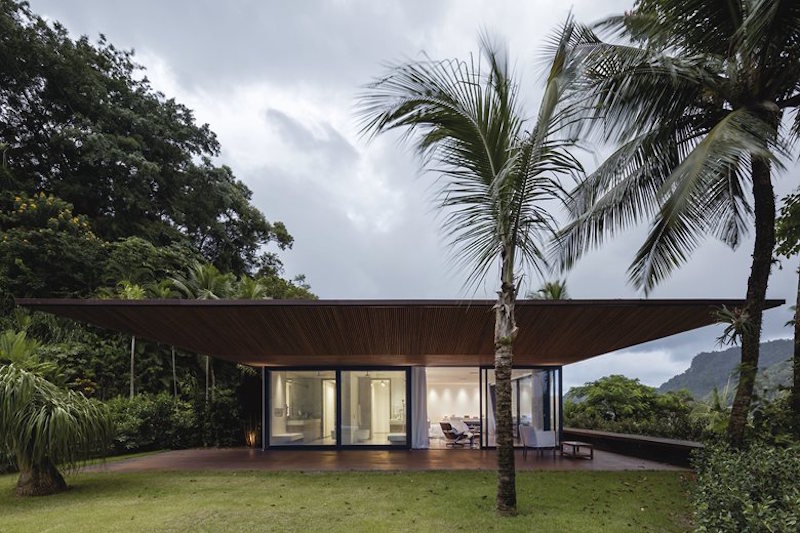 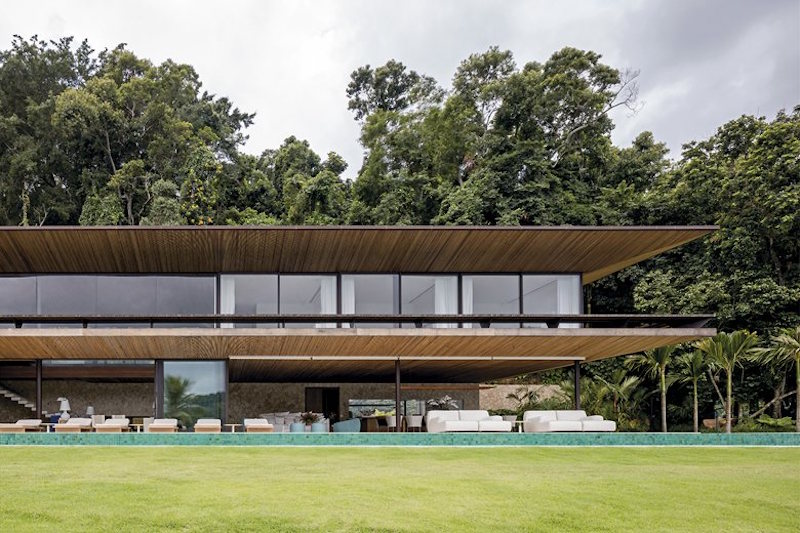 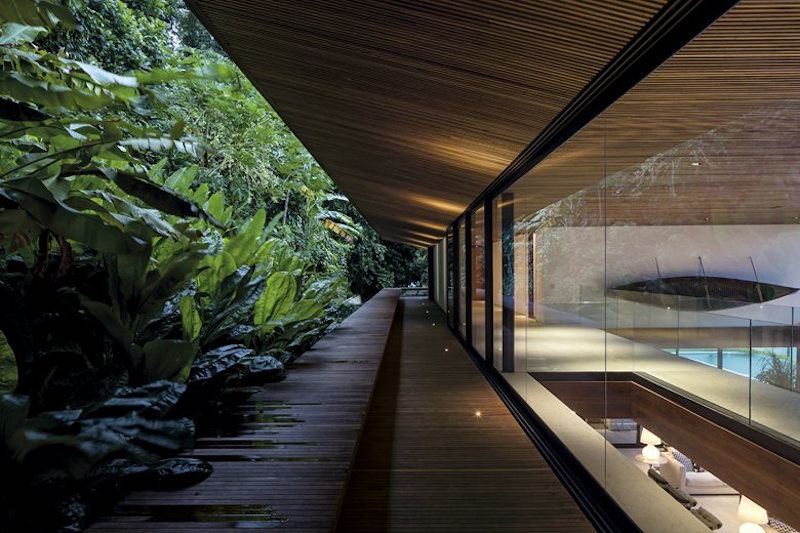 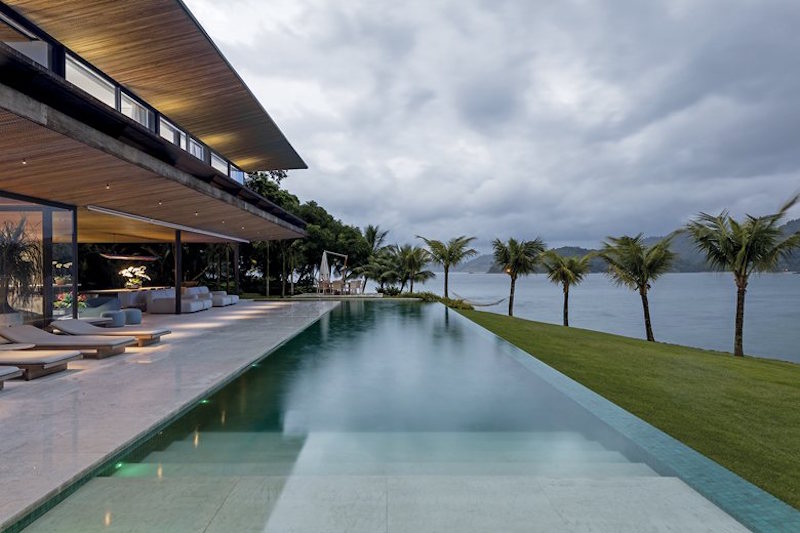 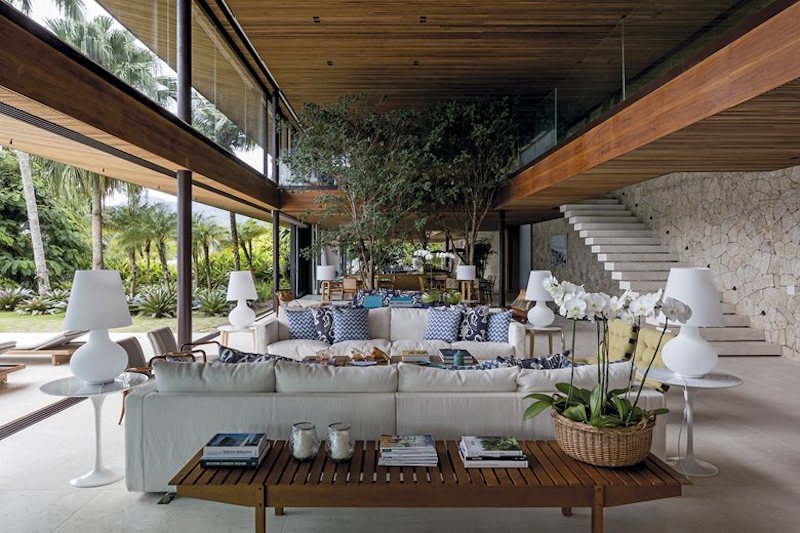 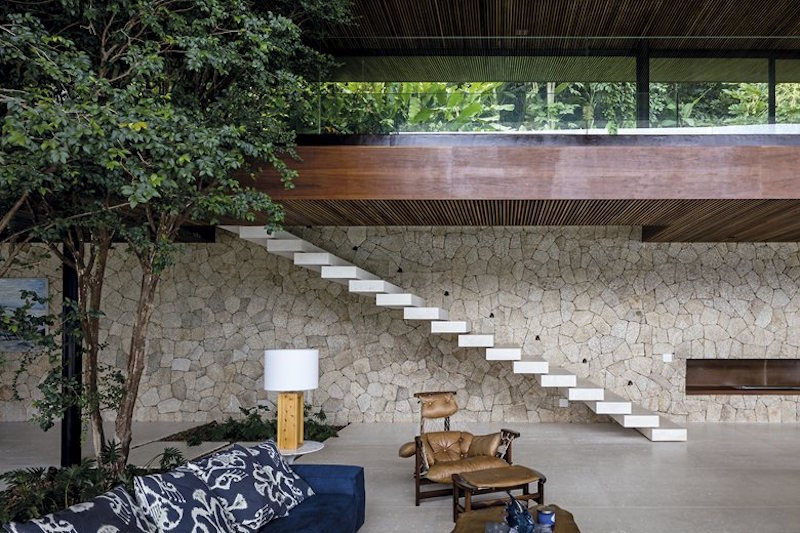 Few locations are as remote as this tiny island in Brazil. Can you even imagine the efforts you’d have to put into designing and building a structure here? You don’t have to because we found this lovely house that Jacobsen Arquitetura completed in 2016. The thing that makes this project special is not only the location but also the tough restrictions that the architects had to deal with.

The AB House, as the architects named it, sits between the tree line and the sea, separating the two environments with a clean cut rectangular form. The structure itself is a two-storey house. The views are extraordinary but they came with a price: a series of strict environmental standards which limited the building’s proximity to the sea, its height, the maximum occupancy of the land but also the changes that could be made to the site.

The interior spaces can be accessed from either of the two floors. Each level holds a different set of spaces. The lower level, for instance, holds the social and the recreational areas. They make the most of their proximity to the sea and they open up to the views, featuring full-height glass walls and sliding doors. A large overhang protects the deck and offers shade to the interior spaces.

The upper level holds the private spaces. This is the part of the house that’s actually closest to the slope of the site. From up here, the views are extraordinary and they are revealed through huge windows. The transparent facades establish a close interaction between the house and its surroundings but also allows the constructions to have a visually smaller impact on the landscape.

As a general characteristic, the house was designed and built using simple and accessible materials such as metal for the frame and prefabricated wood and glass panels for the walls and separators. These were chosen for their low cost compared to other options, taking into consideration the remote location and the difficulty of transporting materials here. In addition to that, the materials and finishes are also low maintenance which is a good detail in the long run. All of these aspects combined make the house a wonderful retreat, full of charm and character.