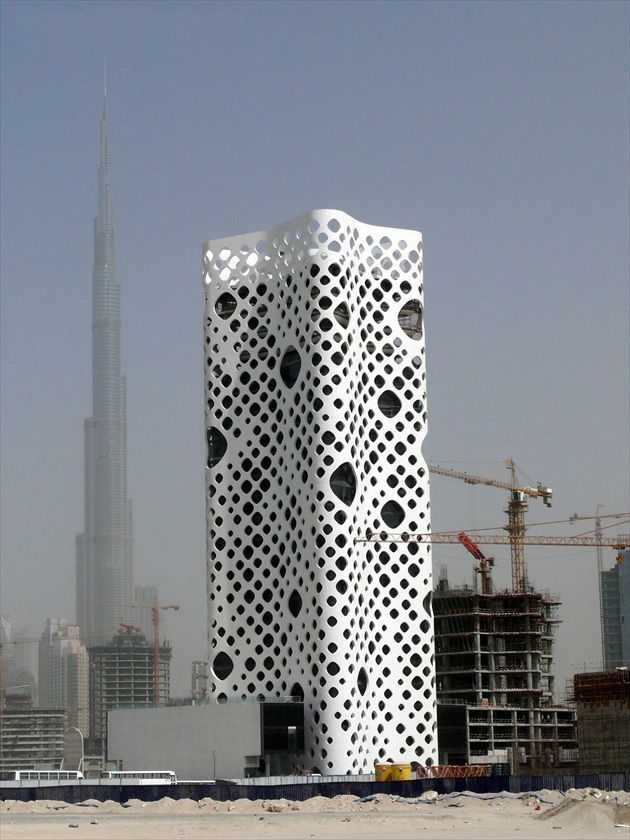 A very unusual design for a commercial tower and a very unusual name. But, then again, Dubai is not just any ordinary place.This 22-story tall commercial tower comprises over 300,000 square feet of office space and is located along the extension of Dubai Creek. It was designed by Reiser and Umemoto and the central idea was to create something special and original. And they did. O-14 is an example of how the usual office tower design was practically turned inside out.

This imposing structure has a protective structural exoskeleton and the whole building was generally created by using concrete and a lot of steel. The general appearance of this tower is just impressing and the inside doesn’t disappoint either. More than that, because of the exoskeleton that wraps the whole building, the view from inside out is more than you would ever expect from an office. Anyone who has an office in there should feel lucky.{found on archdaily}