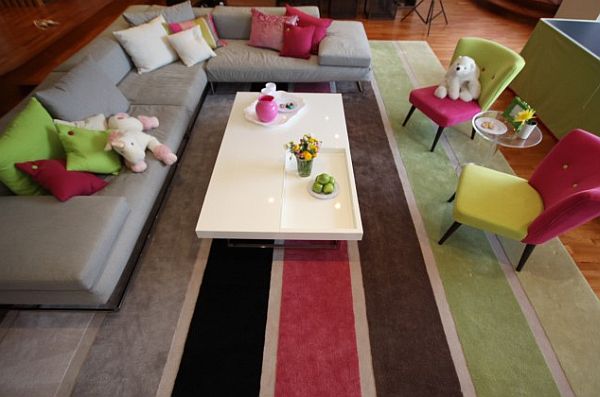 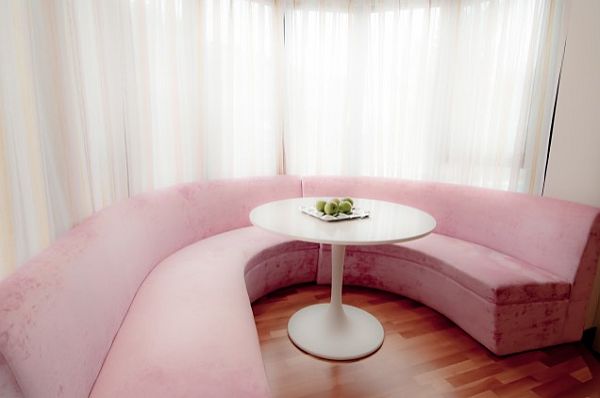 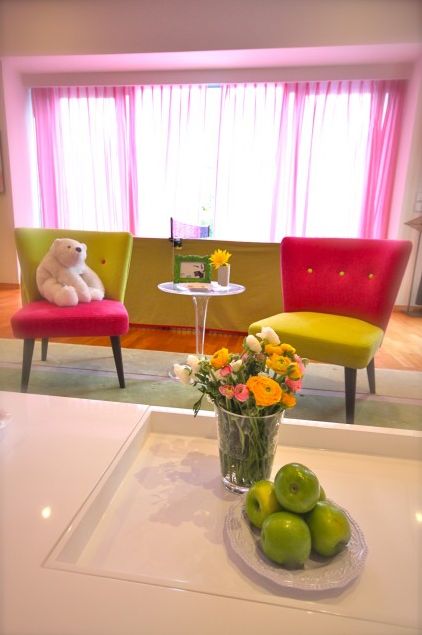 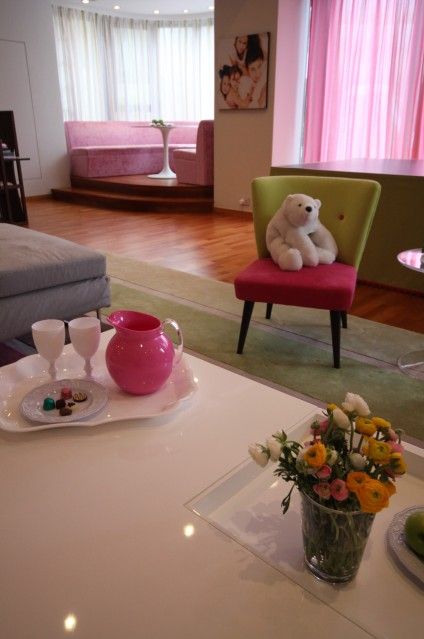 When you have kids it’s natural to want to protect them and to know everything they do. However, they need their privacy and a space of their own. That’s why the owner of his house decided to create a sort of playroom, an area for the owner’s three daughters. It’s a space only for them and that they can share however they like. They are 9, 14 and 16 so they all have different needs. This was something to take into consideration when designing this space.

The owners decided to transform the lower poolside level into a multipurpose space. They asked designer Alexandra Lauren Wright for help. The designer created different zones in the 1,500-square foot space. This zone is nothing like the rest of the house. It’s a colorful space divided into several areas. This wasn’t meant to be a formal area since there are already several such spaces upstairs. It’s an area solely for the owner’ s three daughters.

The grey sofa was the only element that the client wanted to preserve. The designer then added lots of pink to brighten up the room. It quickly became a colorful space with a cheerful design. The decision regarding the color was not that of the designer. It was the girls who voted for their favorite colors.

The designer then added a custom white coffee table with a lacquer finish for easy cleaning. A round sofa was also added for the corner of the room. There’s also an arts and crafts corner and a ping pong table. The piano was a necessary addition. It’s beautifully complemented by the reupholstered piano bench. It’s a very cheerful and colorful space, perfect for this period in the girls’ lives.