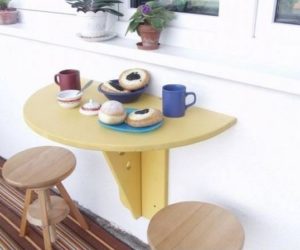 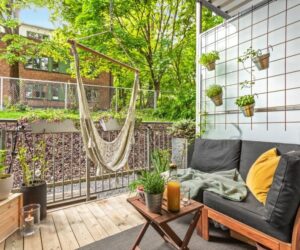 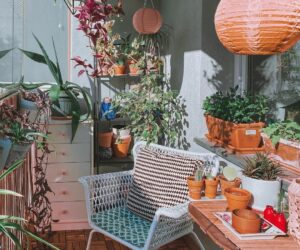 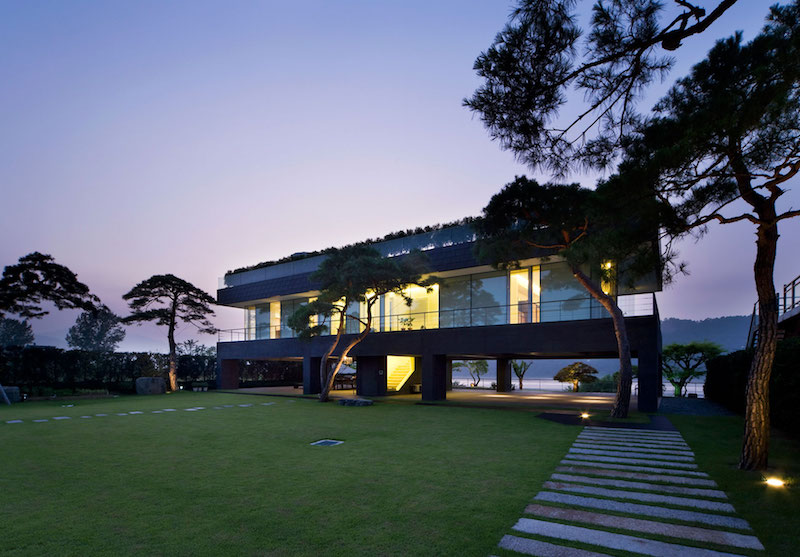 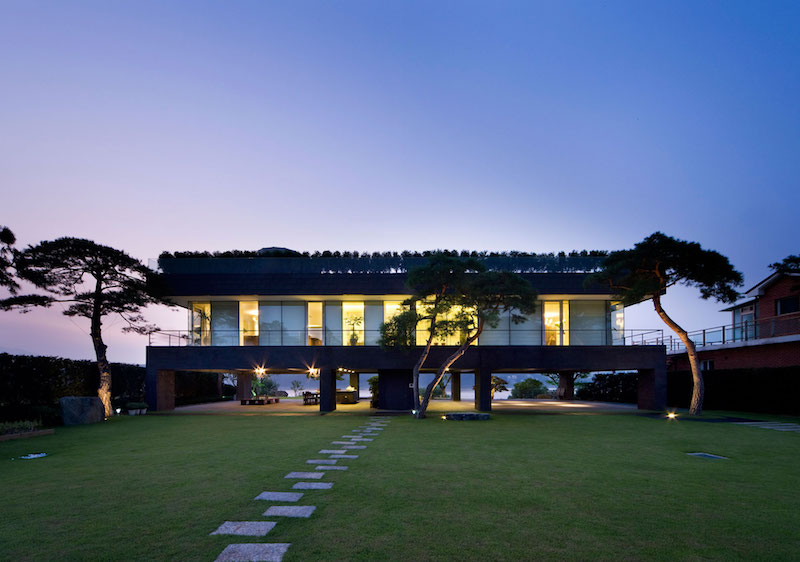 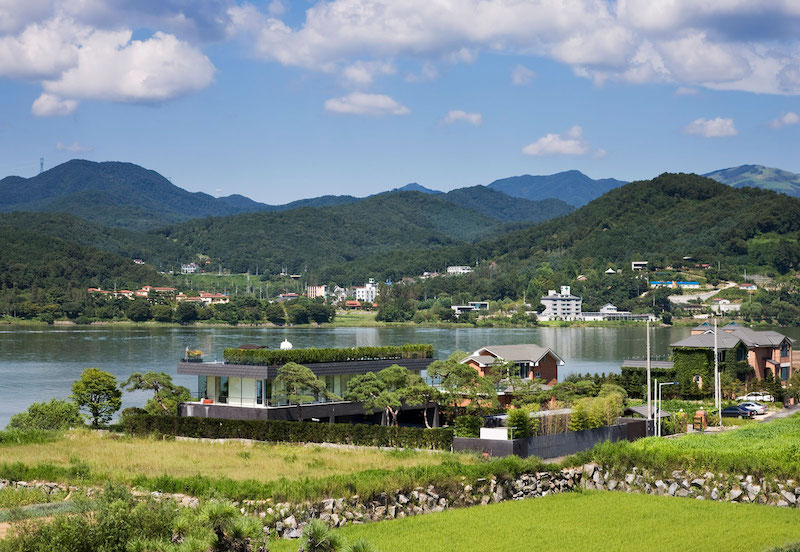 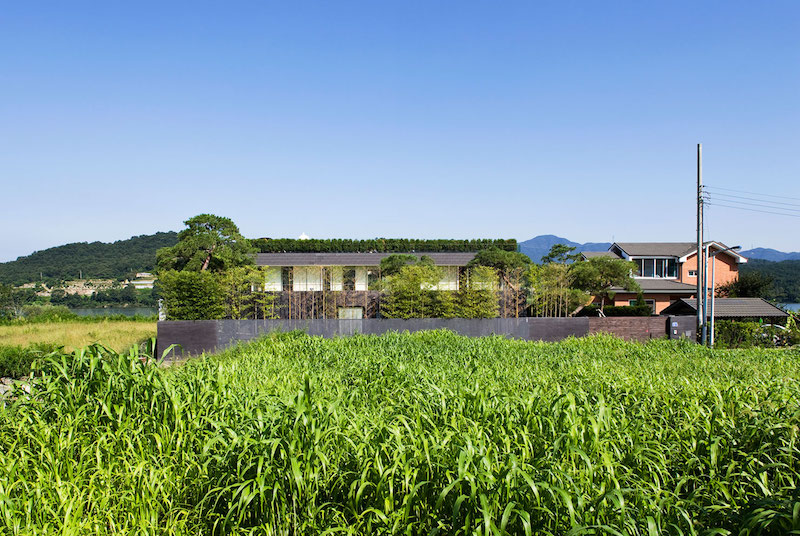 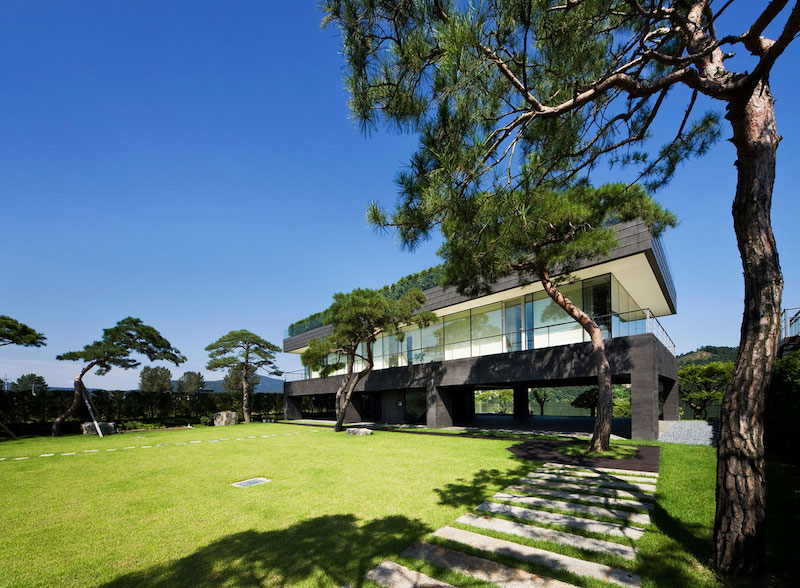 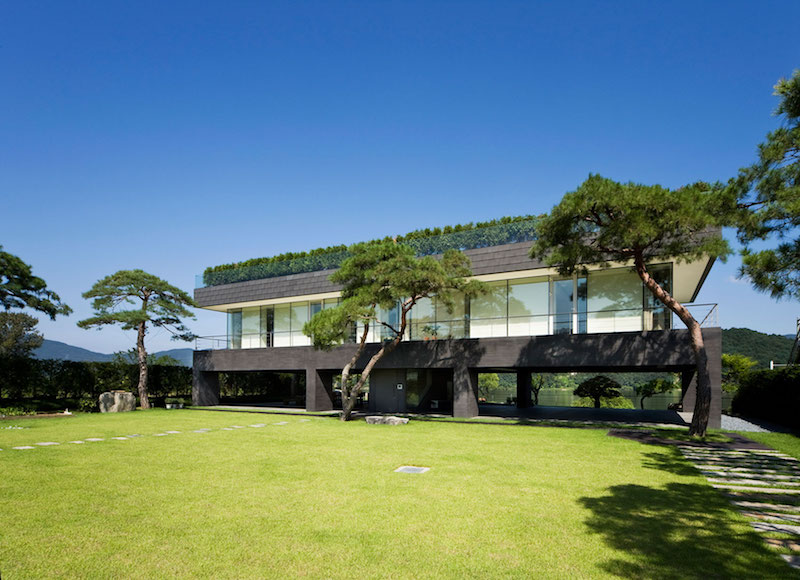 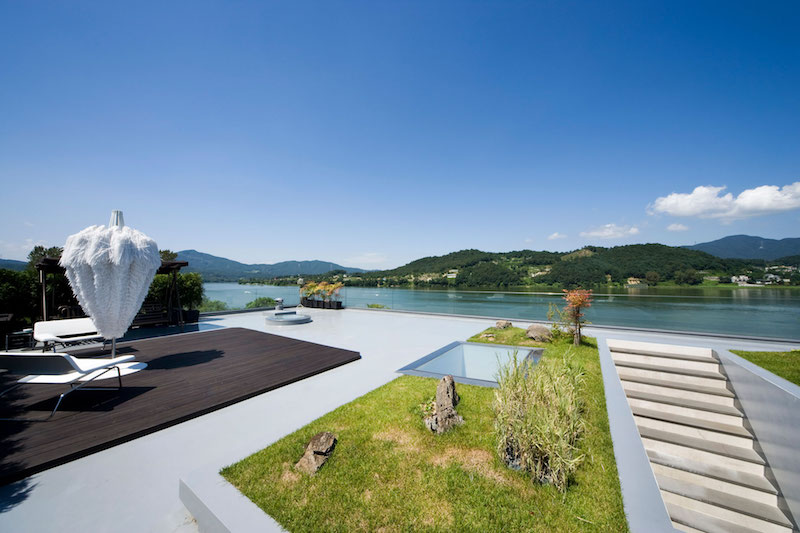 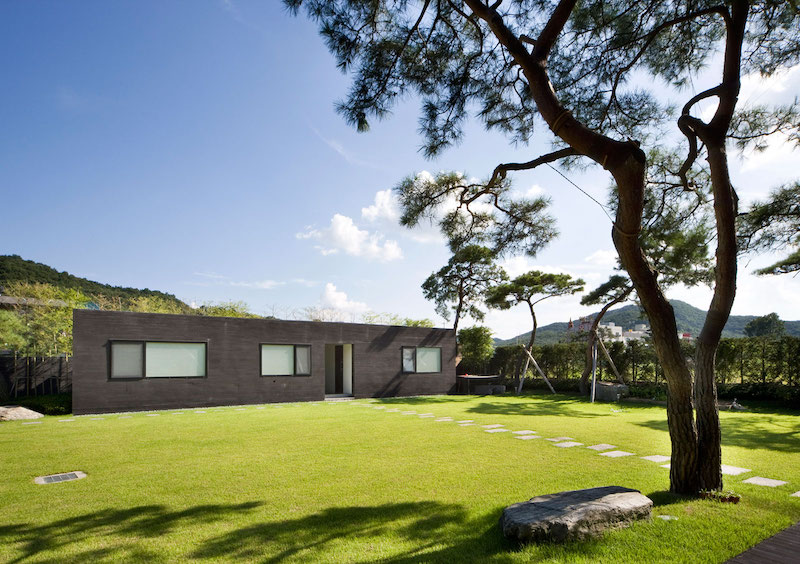 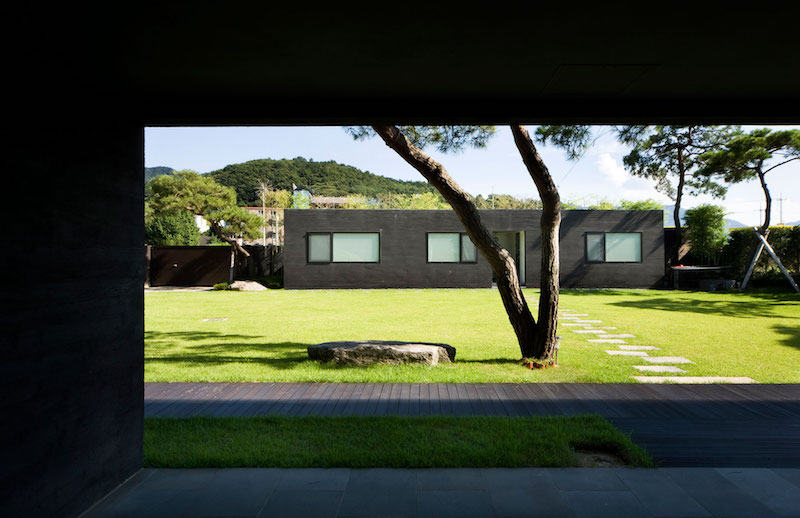 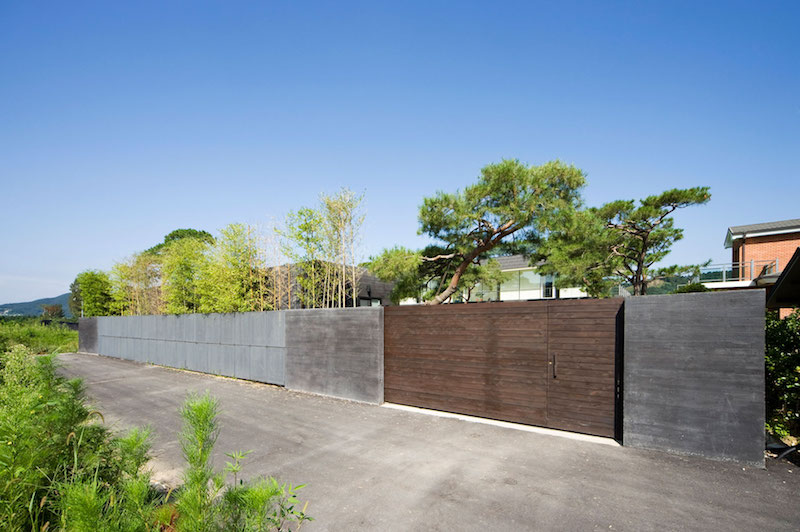 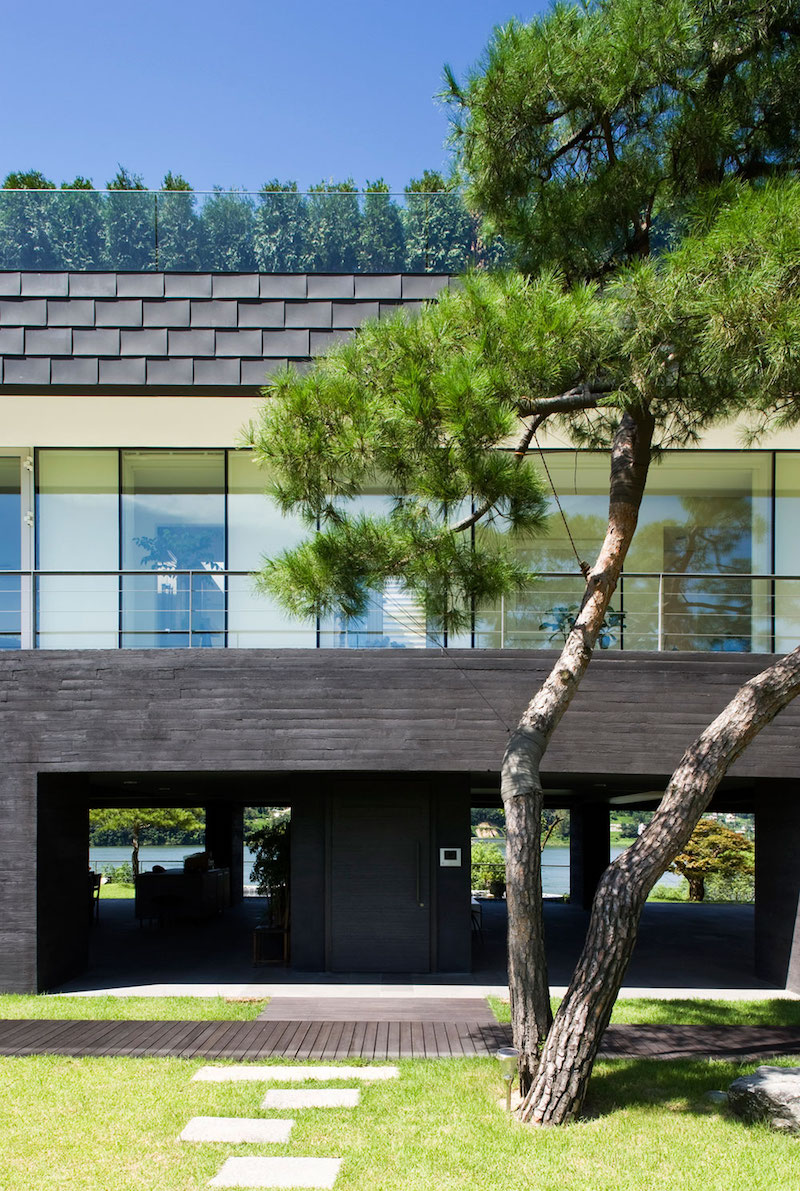 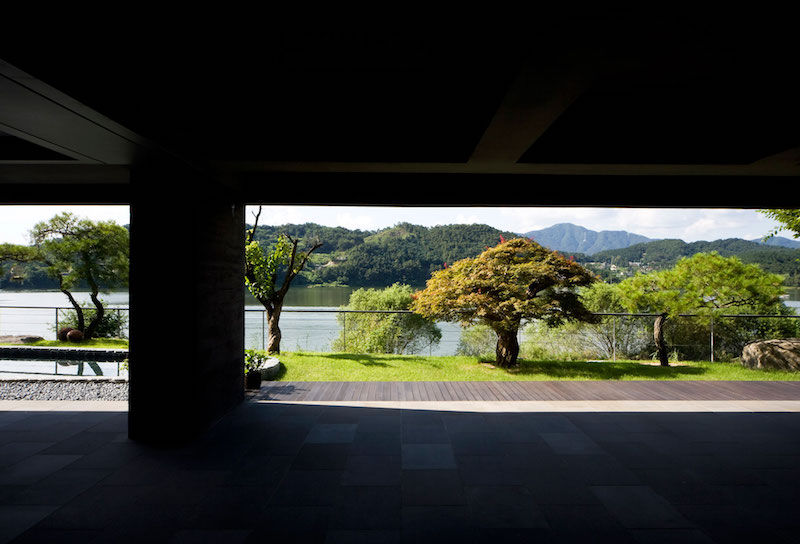 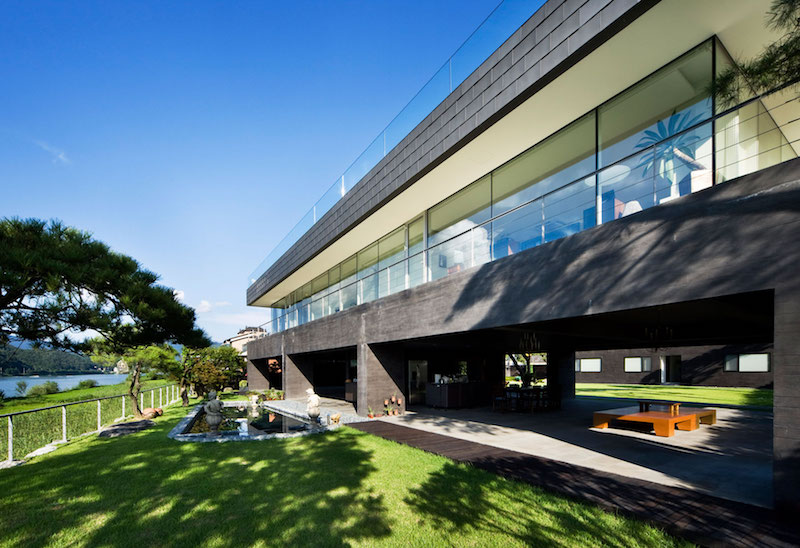 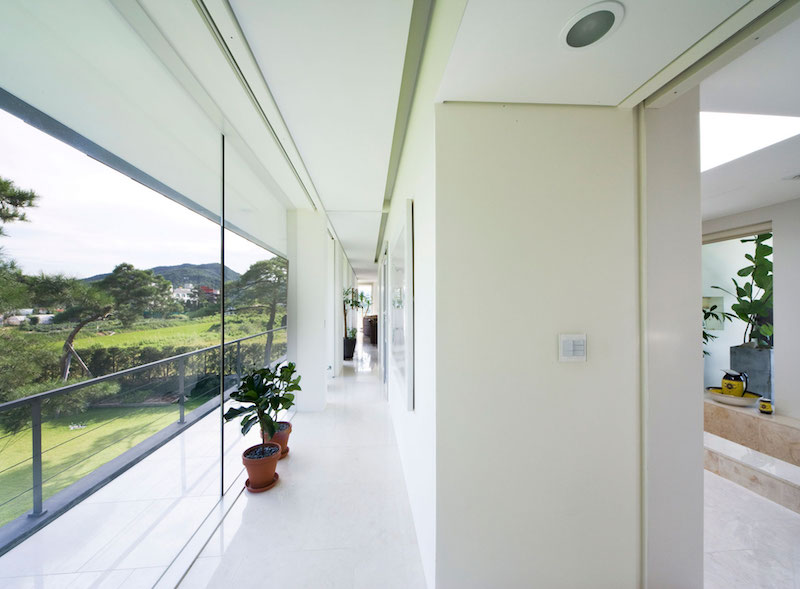 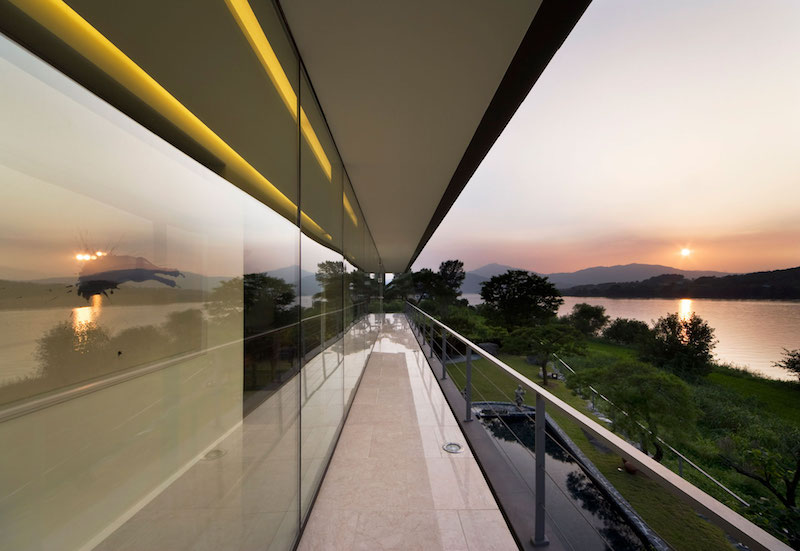 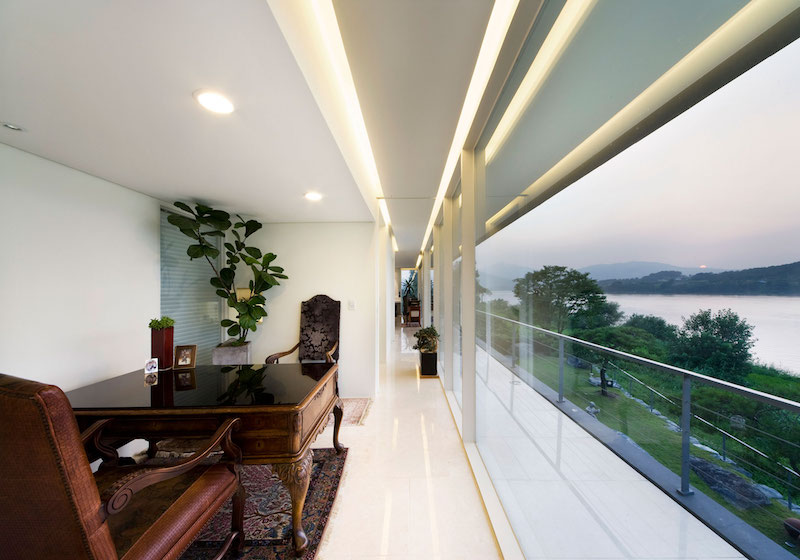 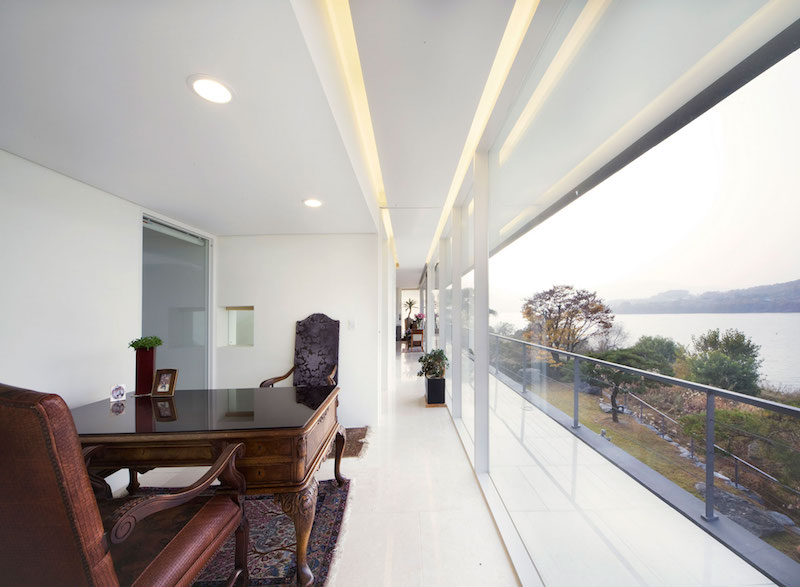 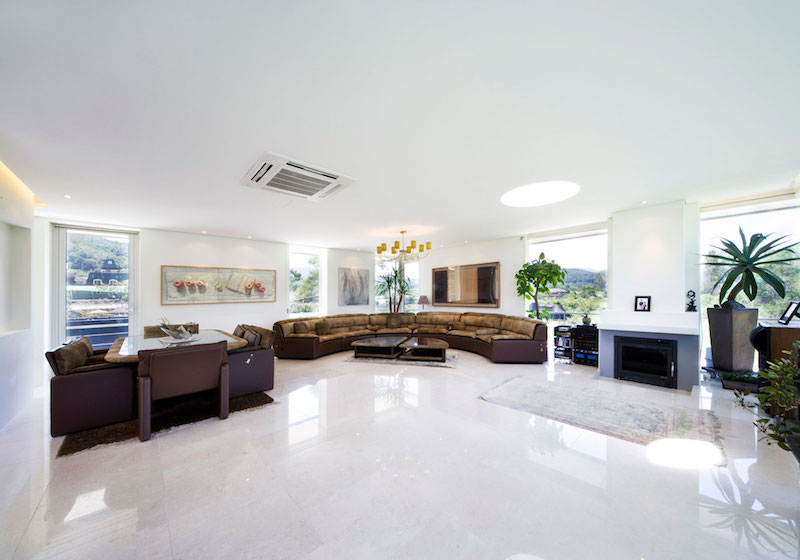 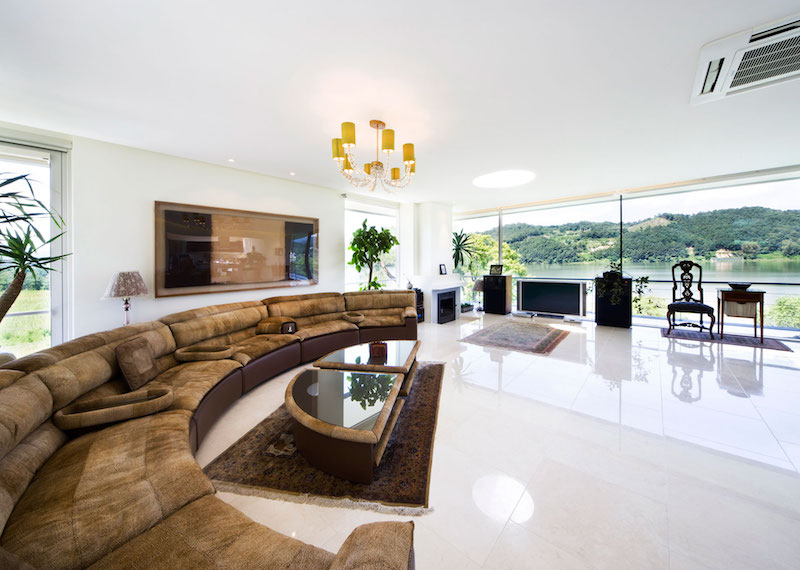 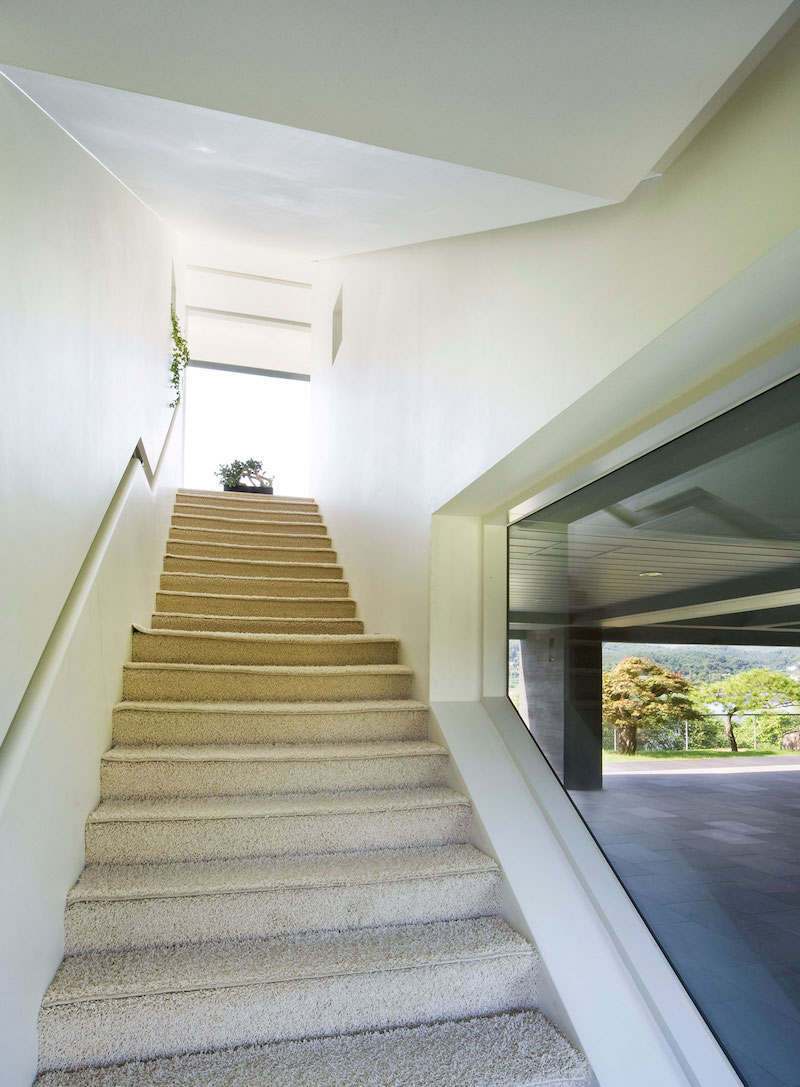 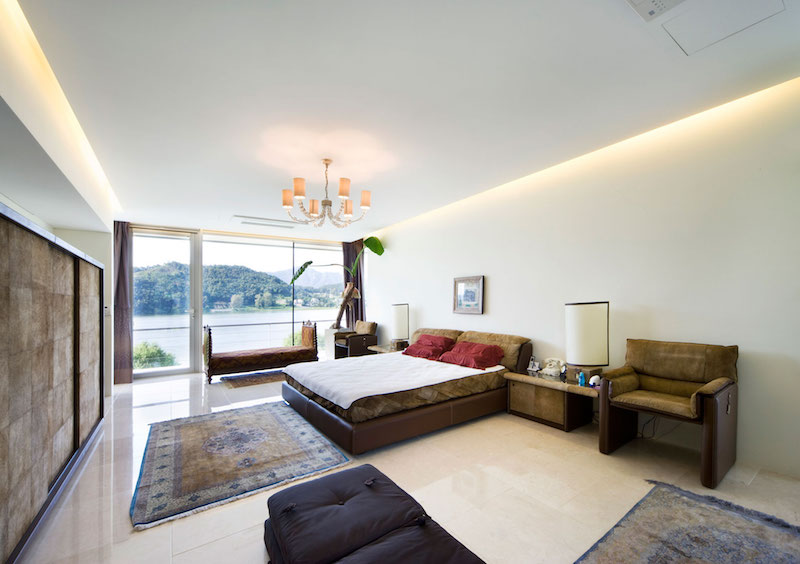 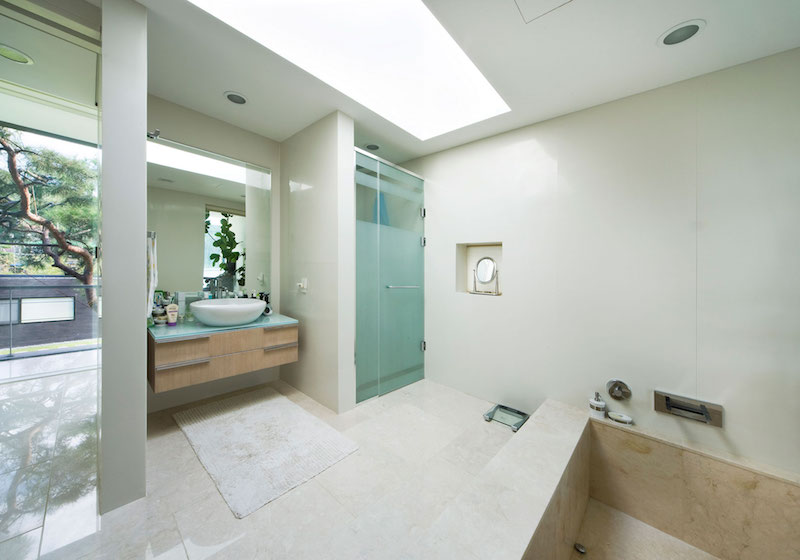 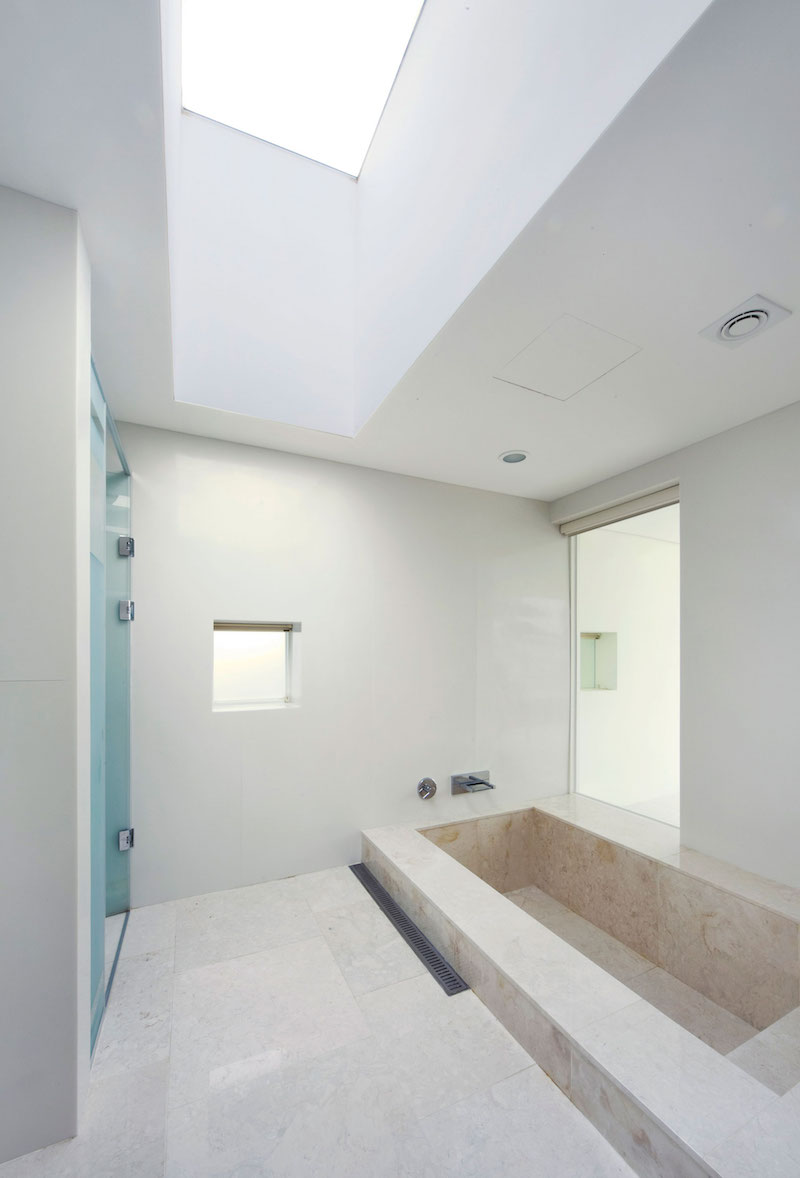 There’s something quite unique about planning and building a house from scratch. As a client, you get to tailor it to your own needs and ideas and as an architect or designer you get to draw inspiration for the site-specific elements and surroundings. When building the Floating House in 2009, Hyunjoon Yoo Architects followed a very specific set of requirements.

The residence sits on the Northern part of the site and the South section is occupied by a guest house. The clients wanted the two structures to be as far away from each other as possible. As a result, the guest house was placed close to the fence at the edge of the site.

The clients had a few specific requests. For example, because they run a restaurant in the area, they wanted the house to be situated about 5 minutes away from it. After the site was selected, the clients requested a view of the river. At the same time, they consulted a Feng Shui specialist and decided that they didn’t want the main door to face East and to have anyone living in the South-East.

Other requests included a set of spaces such as a study room, a BBQ area, a guest house, a large yard and a low swimming pool. To honor all these desires, the architects carefully planned everything and chose to level the house and to raise it in order to capture the most beautiful views. At the same time, they designed it with a roof garden and terrace.

The South Han River can be viewed from all the rooms of the house, especially thanks to the one meter wide balcony which was built on all four sides of the building.

The social areas including the kitchen, dressing room and a bathroom were placed all at the center of the house, gathered in a compact mass. Inn addition to these spaces, there’s also a bedroom towards the East. The living room is positioned to the West and a circular traffic line connects the spaces, making the floor plan appear bigger.