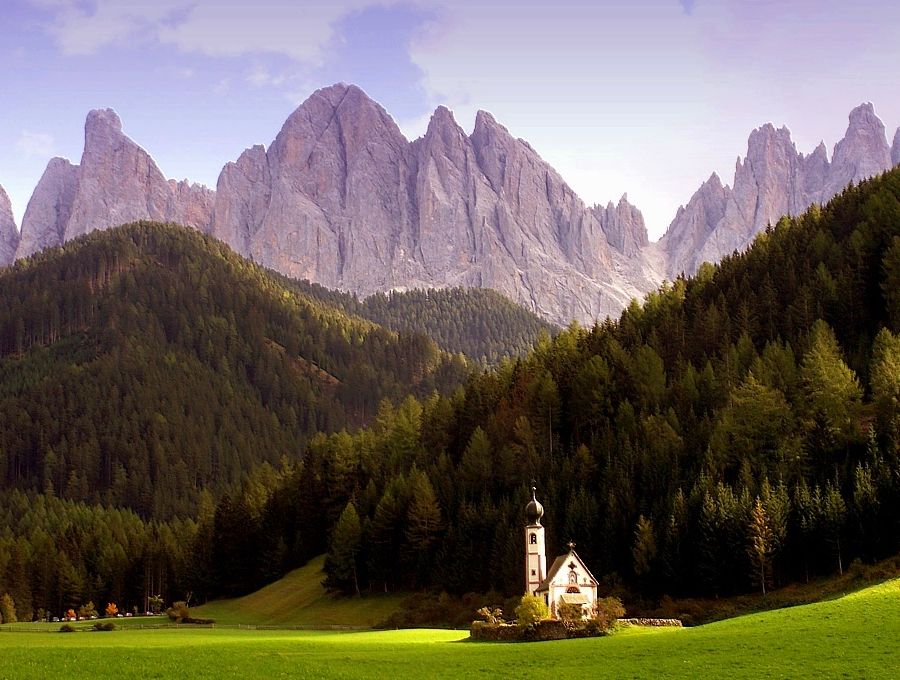 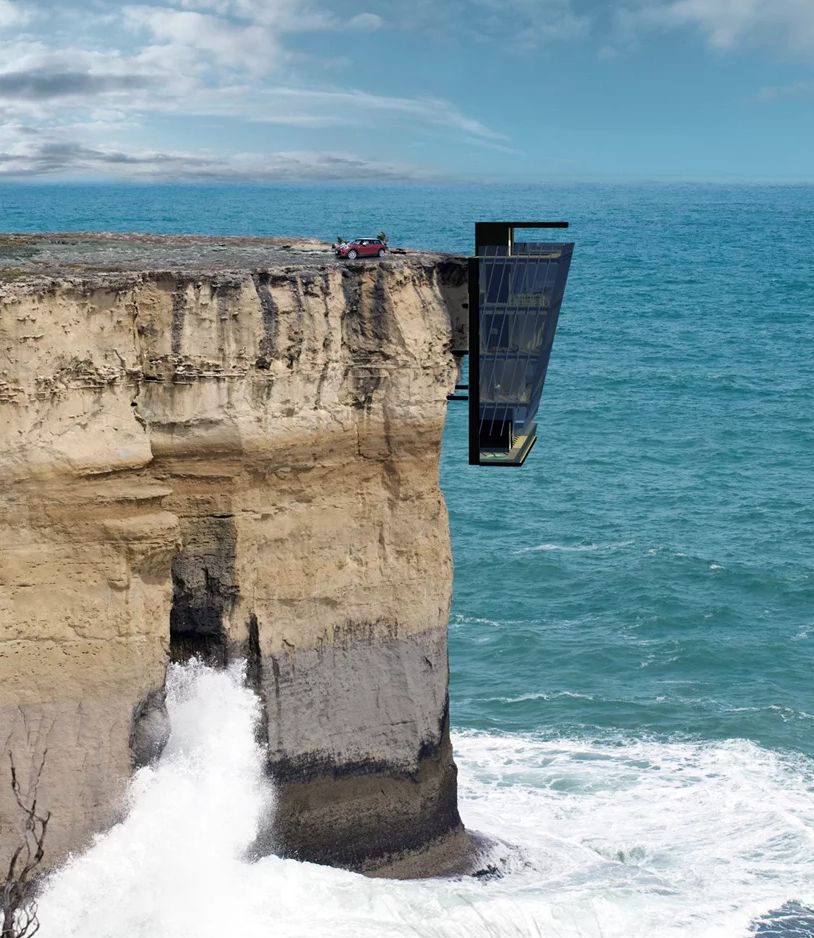 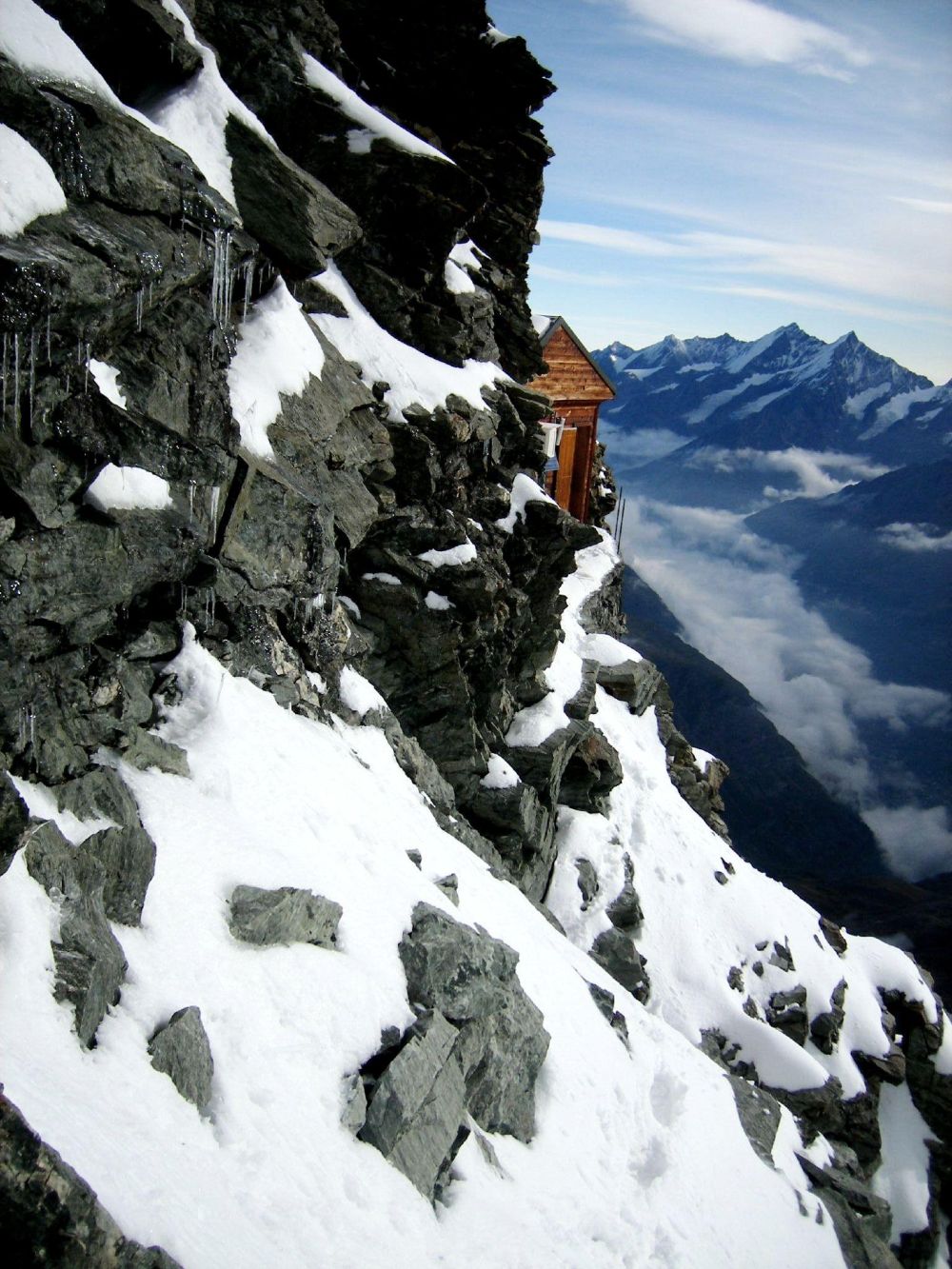 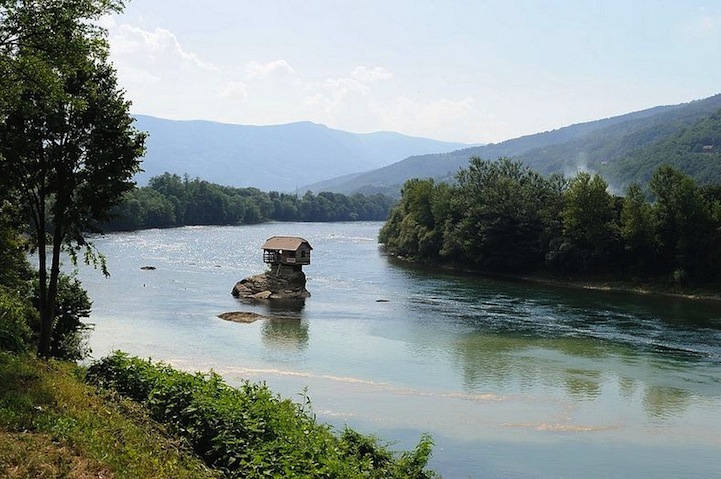 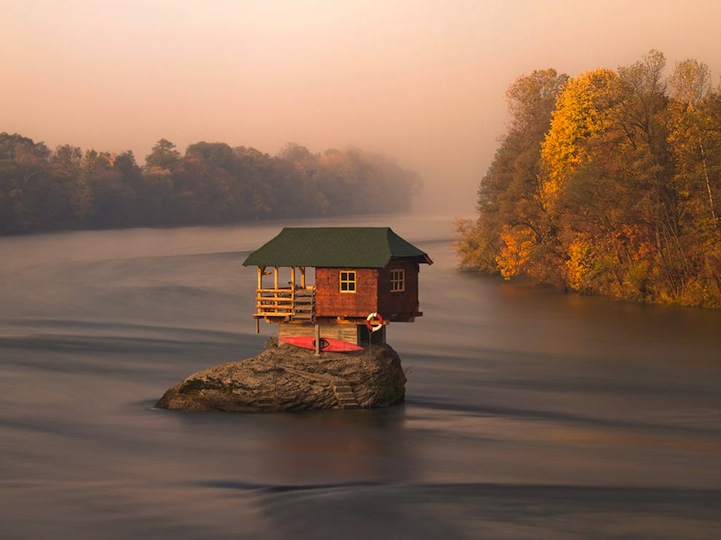 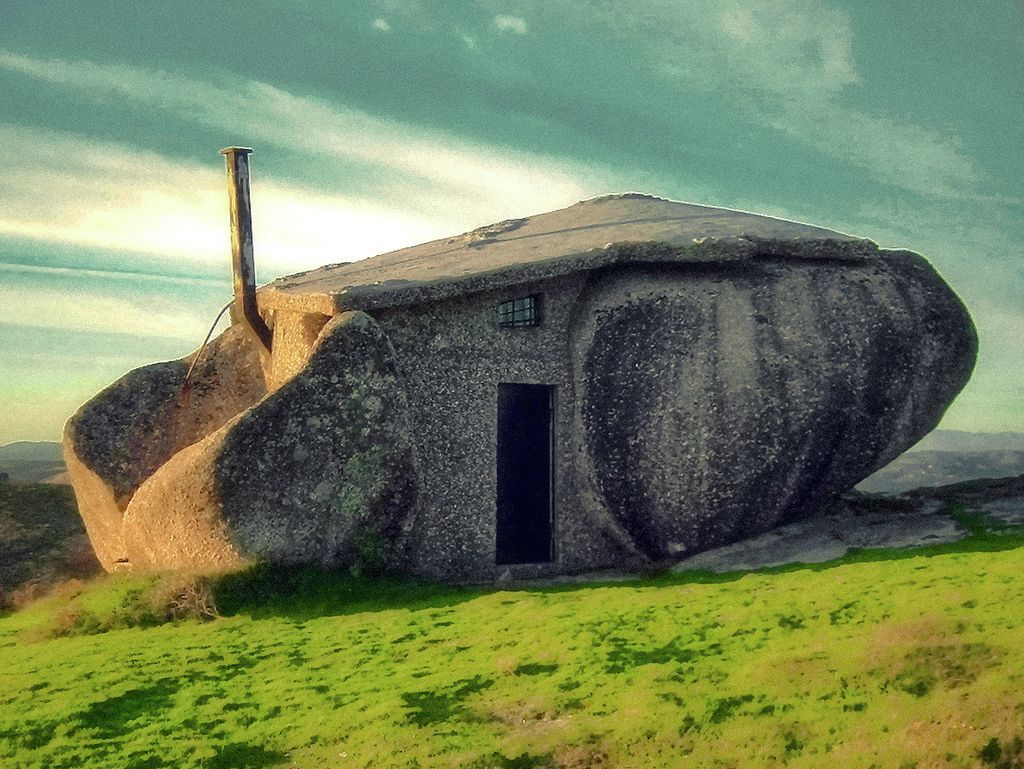 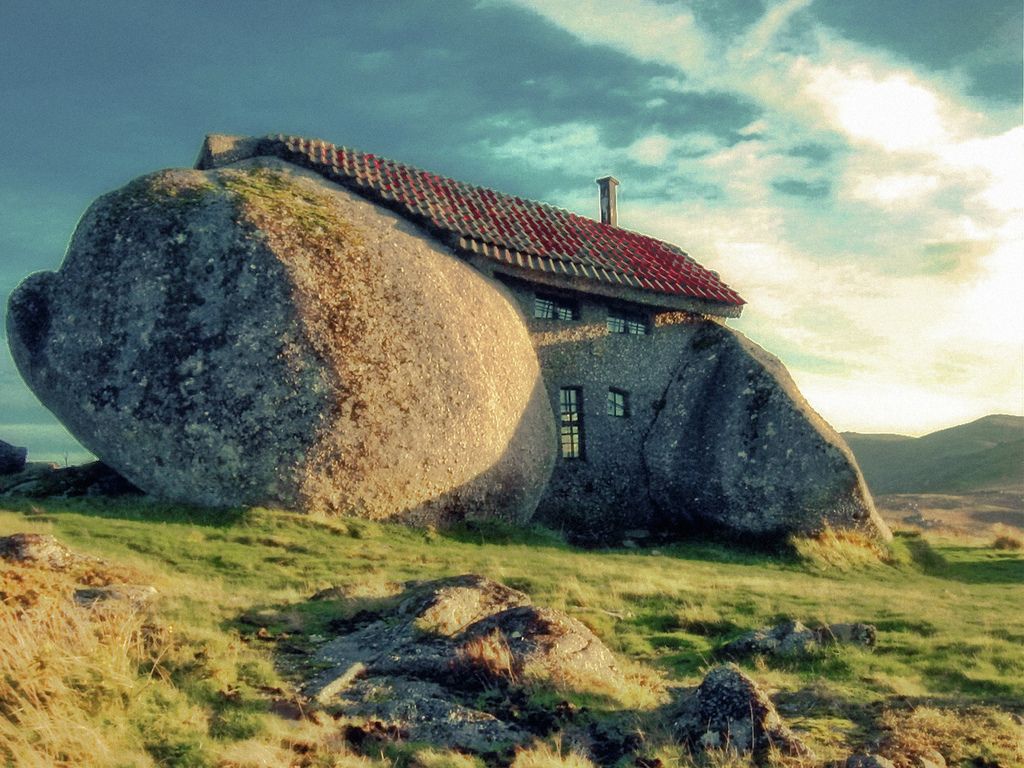 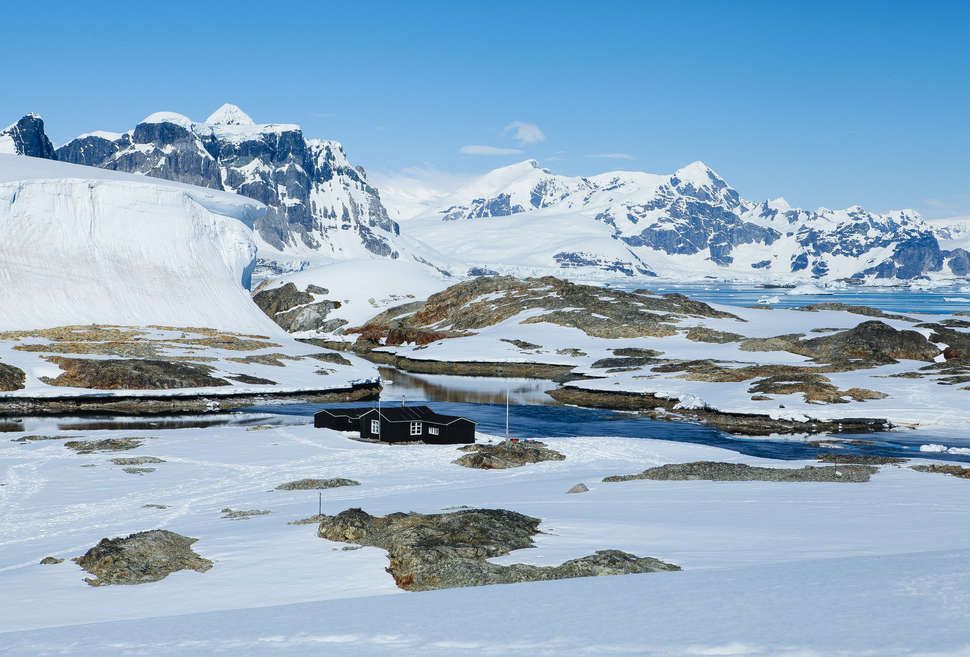 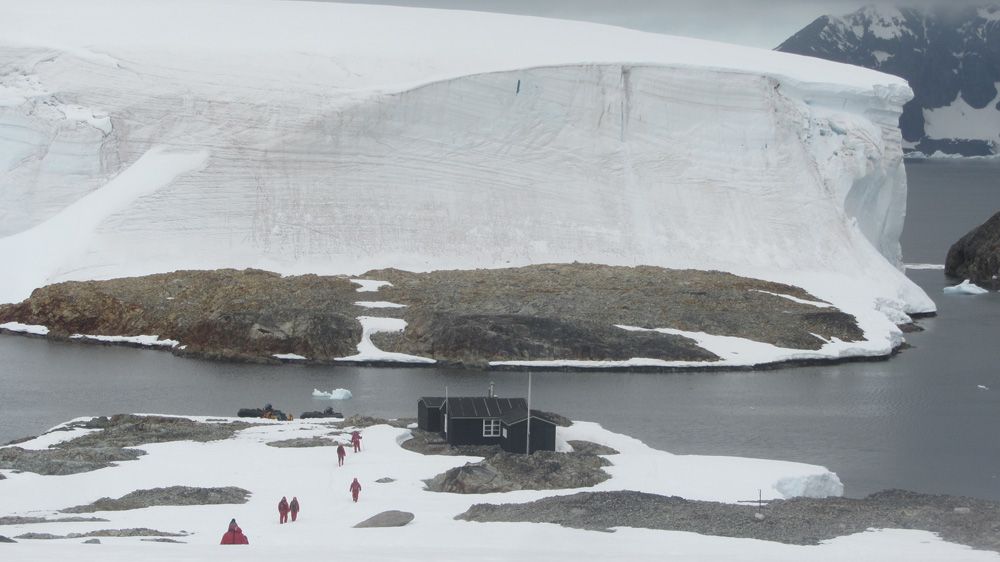 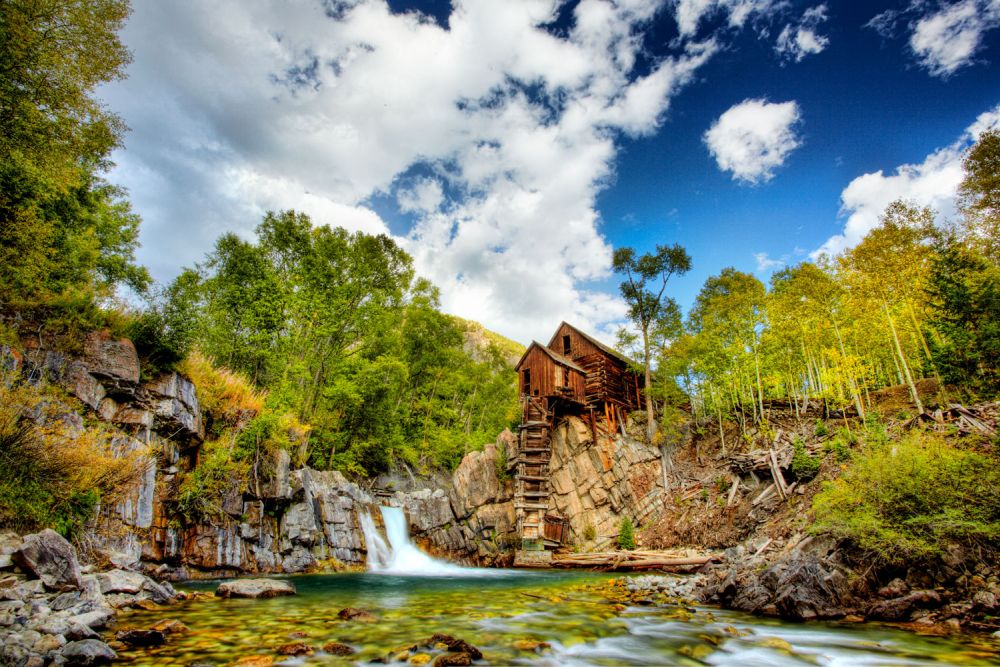 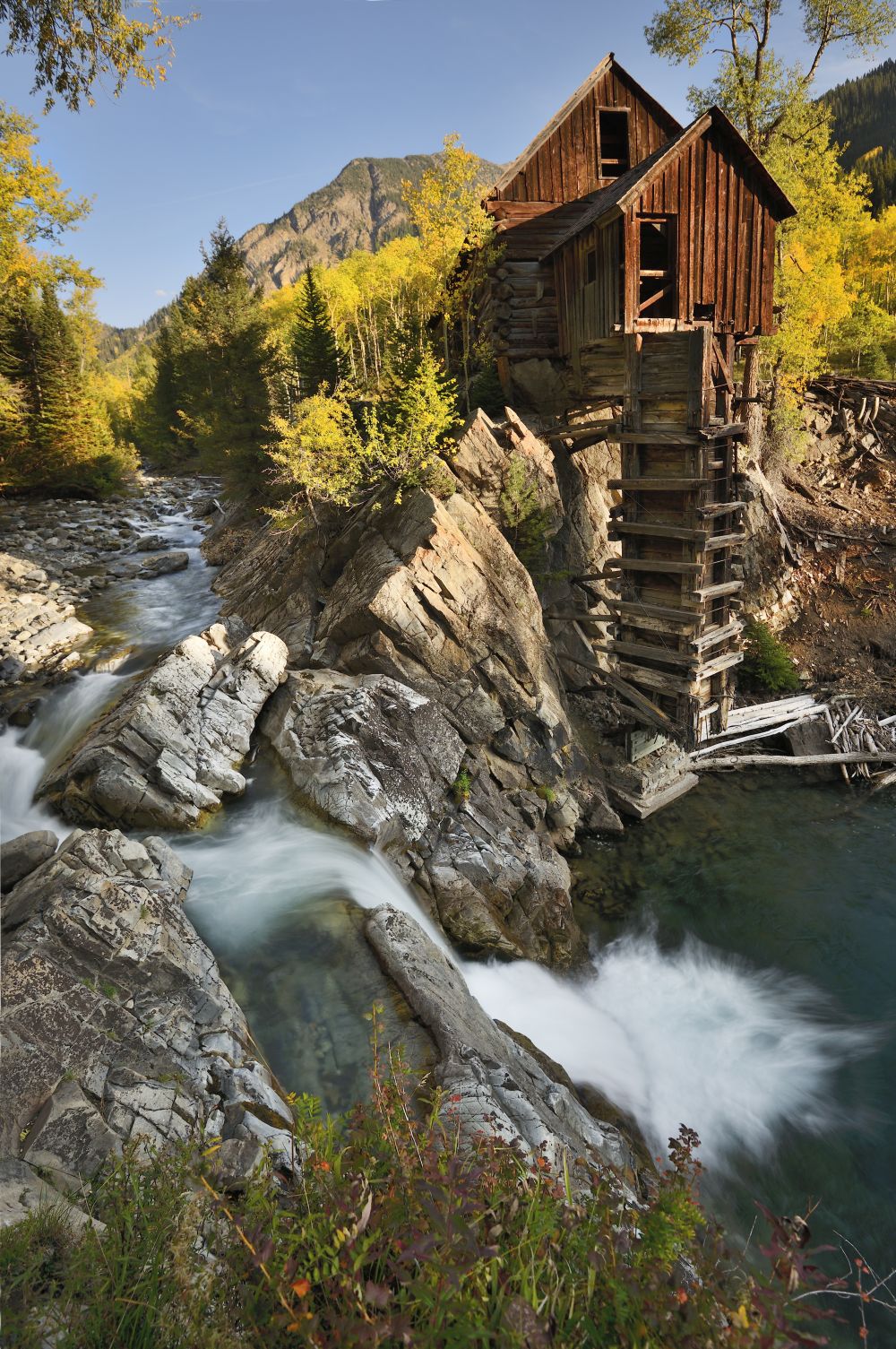 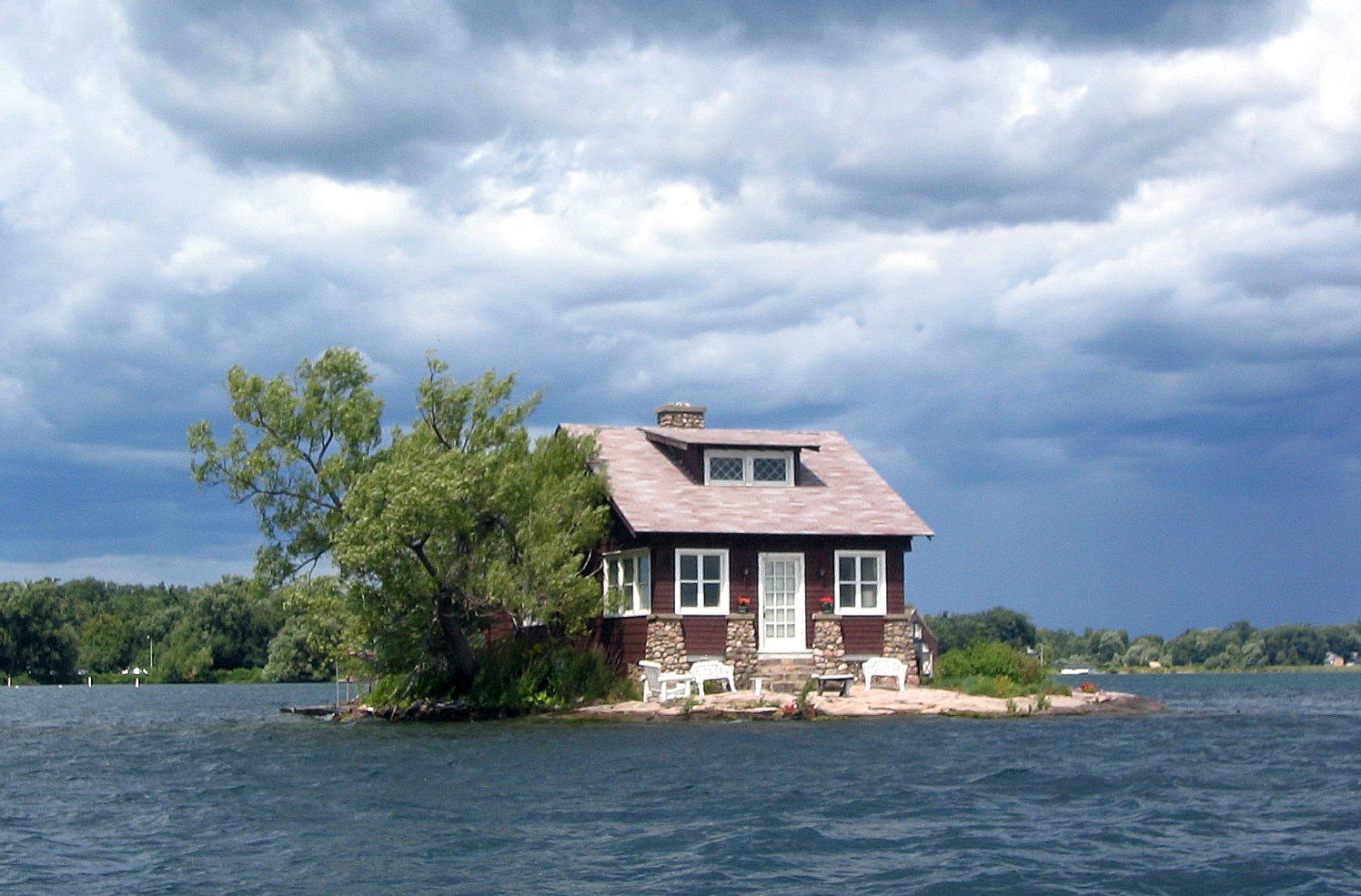 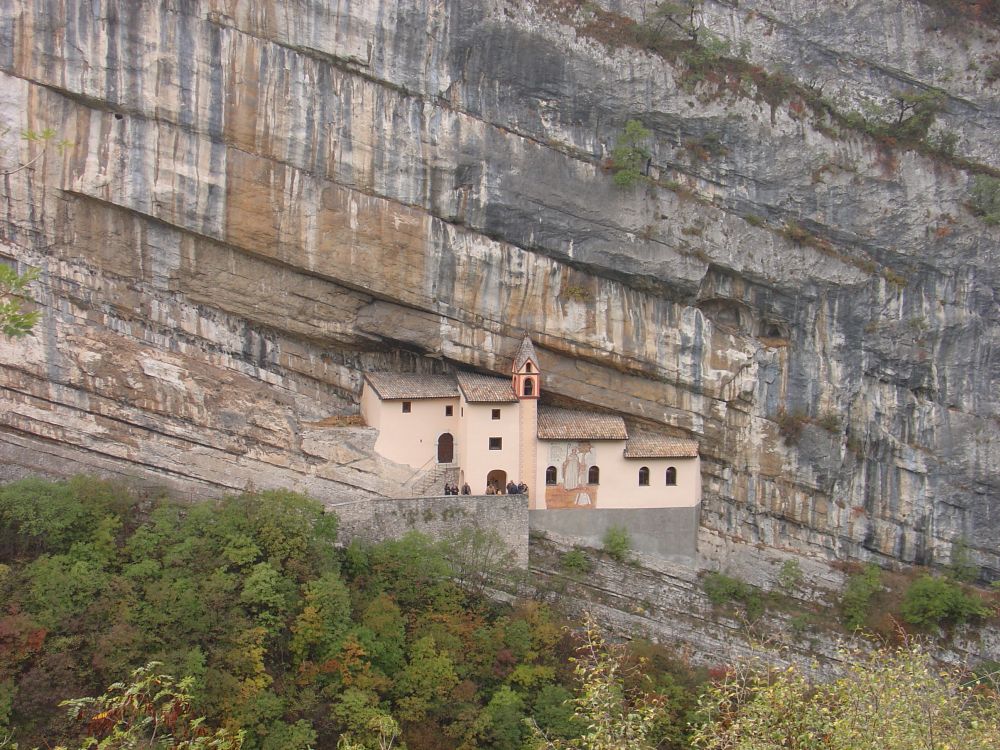 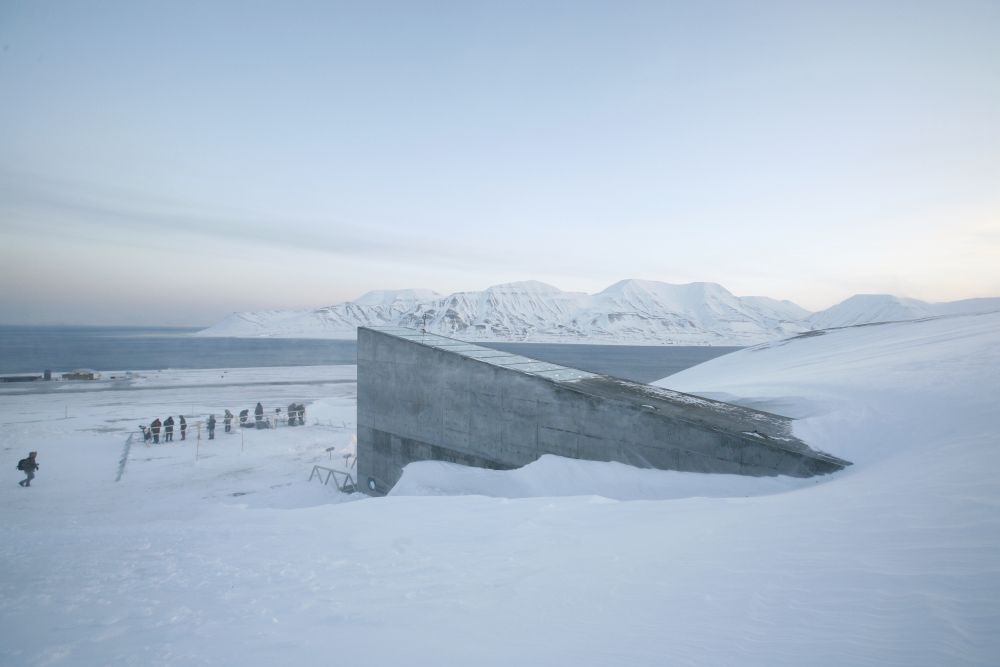 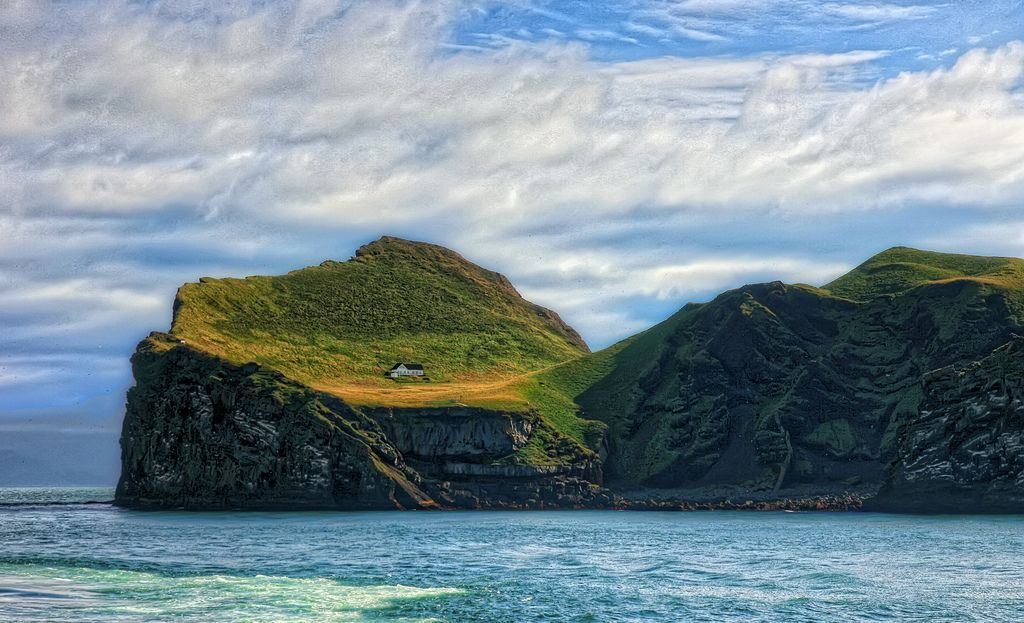 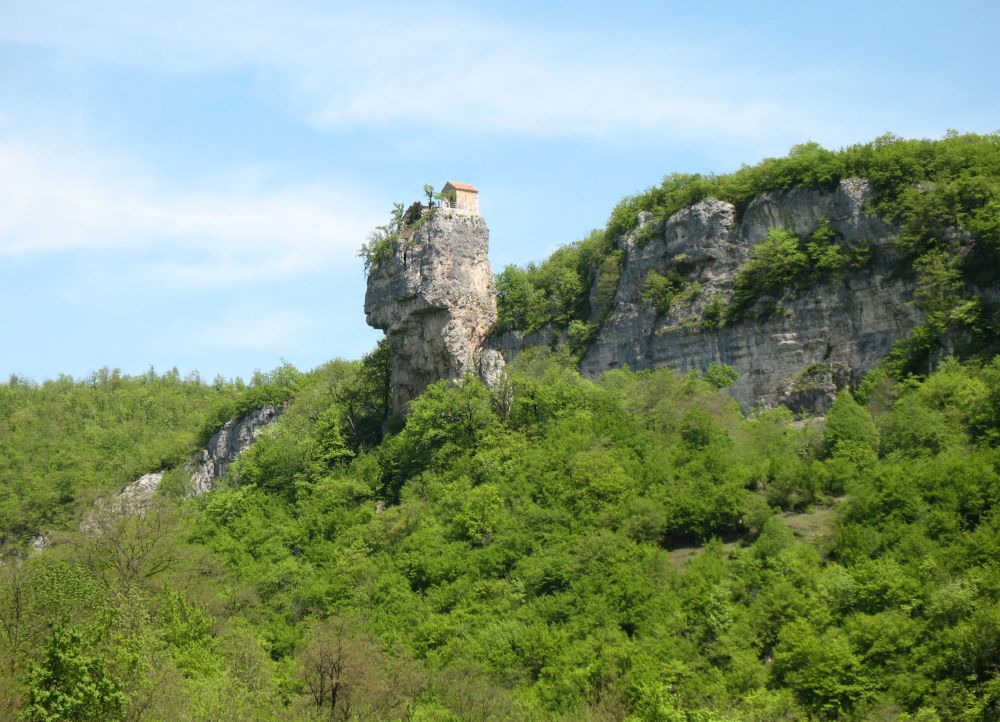 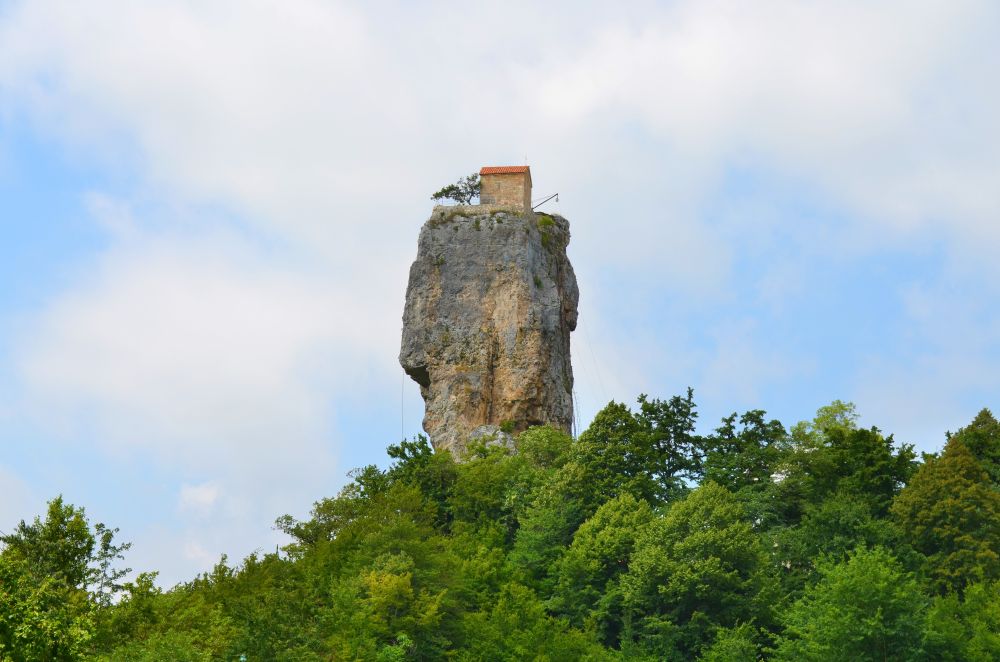 Living in a house in the middle of nowhere, isolated from everything is either a beautiful dream or a terrible nightmare, depending on the person. Whatever type you may be, you have to appreciate these extreme isolated building scenarios for the unique opportunities that they offer. The views, for one, are sometimes breathtaking plus these are also great zombie-proof shelters from where you can watch the world go down in style.

The Katskhi pillar is located in Imereti, in western Georgia. It’s a natural limestone monolith approximately 40 meters high, with a church situated right on top of it. The structure measures 150 square meters across and has become a local landmark, the whole structure being known in the region as the Pillar of Life and being shrouded in mystery and legend. Studies have shown that the church dates back to the 9th or 10th century. In 2009, the building has been restored.

Elliðaey is the third largest island in the Vestmannaeyjar archipelago located south of Iceland. It measures 110 acres across and only home to a single building: a hunting lodge built by the Elliðaey Hunting Association. This solitary cabin is surrounded by little fauna and wildlife but offers spectacular views. The association uses it for hunting puffins on the island.

In central Greece there’s a gorgeous rock formation called Meteora which features one of the most remote and most beautiful complexes of monasteries in the world. There are six monasteries built on natural pillars and hill-like boulders. Access to these remote monasteries was and continues to be difficult. Until the 1920s this was done via ladders or large nets after which steps were cut into the rocks and a bridge linked to the nearby plateau was built.

Located 130 meters inside a mountain in Norway, the Svalbard Global Seed Vault was built to store and preserve as many different varieties of crop species as possible. The project was part of a worldwide initiative to protect global biodiversity. It was built deep inside the mountain as a measure against natural manmade disasters. This structure is also known as the Doomsday Seed Vault.

This is Eremo di San Colombano hermitage located in the side of a mountain in Trambileno, Italy. It was used by monks and hermits until 1782 and served as a place of worship for local inhabitants after that. One can access this place by climbing 102 steps carved into the rock.

The name in this case says it all. This is the Just Room Enough Island, also known as Hub Island. It’s the smallest inhabited island, mesuring around 3,300 square feet across and it’s been purchased by the Sizeland family in the 1950s. On this tiny island there’s a house, a tree, a small beach and a few shrubs. It’s one of the cutest and most remote holiday retreats anywhere in the world.

Another very cute and remote structure is located in Crystal, Colorado. It’s known as the Crystal Mill or the Old Mill even though it’s technically a compressor station. It was built in 1893 by George C. Eaton and B.S. Phillips and was used until 1917. In the past it was known as the Sheep Mountain Power House.

Located in the Wilhelm Archipelago in Antarctica, Winter Island is 900 meters long and was named by BGLE (the British Graham Land Expedition) in the 1930s. A structure called Wordie House was built here using reclaimed materials. It has a generator shed, a living room, kitchen area, an office, a bathroom and a dog room. It still contains goods, tools and records, all artifacts from one of the first scientific stations in Antarctica.

It looks like one of the houses from the Flintstones cartoon and it’s nestled into the Fafe Mountains in Portugal. This house is built out of two giant stones help together with concrete. It’s not as prehistoric as its overall design suggests as it also features windows and a clean-cut front door as well as a singled roof.

This tiny house sits on a rock in the middle of the Drina River in Serbia. Its story started in 1968 when a group of swimmers used this rock as a place to rest. With time, they started laying boards on top for more comfort, then they built a roof to protect them against the sun and eventually a house was built. It’s a tiny one-room structure but it’s everything it needs to be. Find out more about it on mymodernmet.

The Solvay Hut is located on the N-E ridge of the Matterhorn mountain in Switzerland and was built in 1915. It was named after its founder Ernest Solvay and it’s the highest mountain hut owned by the Swiss Alpine Club, being situated at 4,003 meters. It has ten beds and a radiotelephone. As you can imagine, getting there isn’t easy so get ready for an adventure.

The Cliff House is a concept designed by modscape and meant to serve as a holiday home. It hangs off the side of a cliff, perched above the ocean in Victoria, Australia, similarly to how barnacles cling to the side of a ship. The entrance is through a carport at the uppermost level and huge windows provide dramatic and unique views. This is definitely not a suitable home for anyone with a fear of heights. It is, however, perfect for those who seek adventure and adrenaline.

This small church is one of the most beautiful places of worship in the world thanks to its remote location and the wonderful landscape and the panoramic views surrounding it. The St. John of Nepomuk in Ranui is designed in a baroque style and was commissioned by Michael von Jenner in 1744. It remains a beautiful and mysterious tourist destination, famous for its restful and peaceful location.